Over the past 25 years, Galerie Georges-Philippe & Nathalie Vallois has been dedicating its activity to promoting internationally renowned artists by bringing together Contemporary art and Nouveau Réalisme.

Opened in 1990 in the heart of Saint-Germain-des-Prés, the gallery has managed to unite established and contemporary artists in an ambitious exhibition programme. The connection between contemporary art and New Realism has always been one of its hallmarks, with the notion that an art dealer can work with a young artist and an established one in a similar fashion.

The Gallery is specialized since its inception in Nouveau Réalisme and French Avant-Gardes from the 60s: Jacques Villeglé, whose work has regularly been shown at the gallery over the past 20 years – with a first solo exhibition in 1999; the gallery also represents the estates of historic artists such as Jean Tinguely and Niki de Saint Phalle. In 2017, Peter Stämpfli joined the gallery.
The 70s saw the birth of Hyper-Realism or Photo-Realism in the US, a new approach to fiction, simultaneously more realistic but also more contemplative than Nouveau Réalisme. Since 2018, the gallery represents two of its founding members: John DeAndrea and Robert Cottingham.

In 2016, Galerie Georges-Philippe & Nathalie Vallois has expanded and opened a second exhibition space at 33 rue de Seine, close to its original premises in Paris’ 6ème arrondissement. The Gallery now boasts new expansive spaces and can offer a much better visibility to its established artists and to the young contemporary scene it is actively promoting. 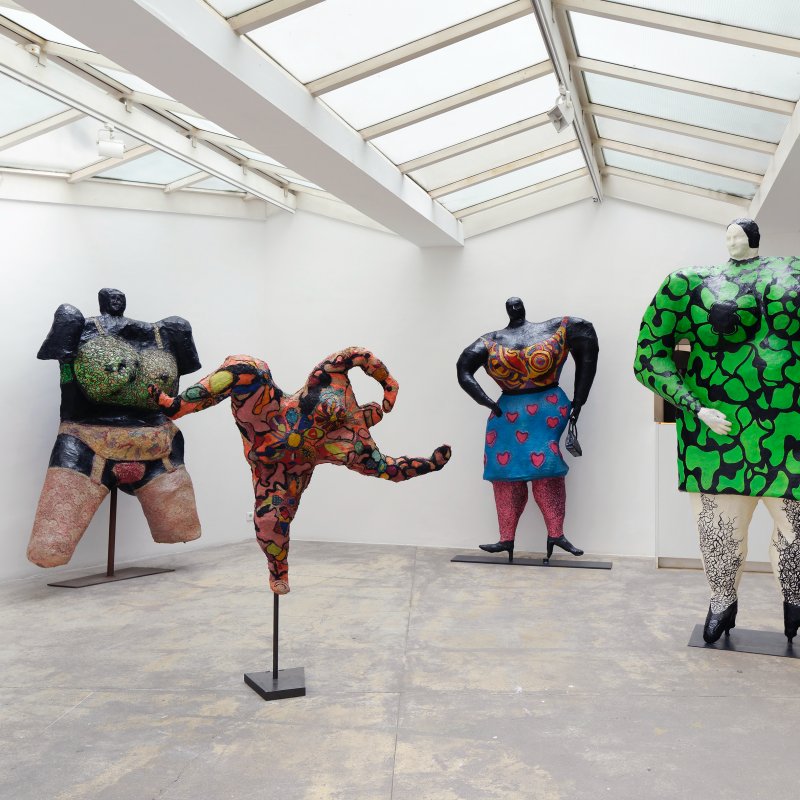