Galerie Eva Presenhuber presents Adam Pendleton: Toy Soldier, the artist’s second solo exhibition with the gallery. Featuring new work, including three paintings, five collages, and a video, the exhibition is on view concurrently with Adam Pendleton: In Abstraction at Pace Gallery, Geneva. Together the two exhibitions speak to the range of his practice. 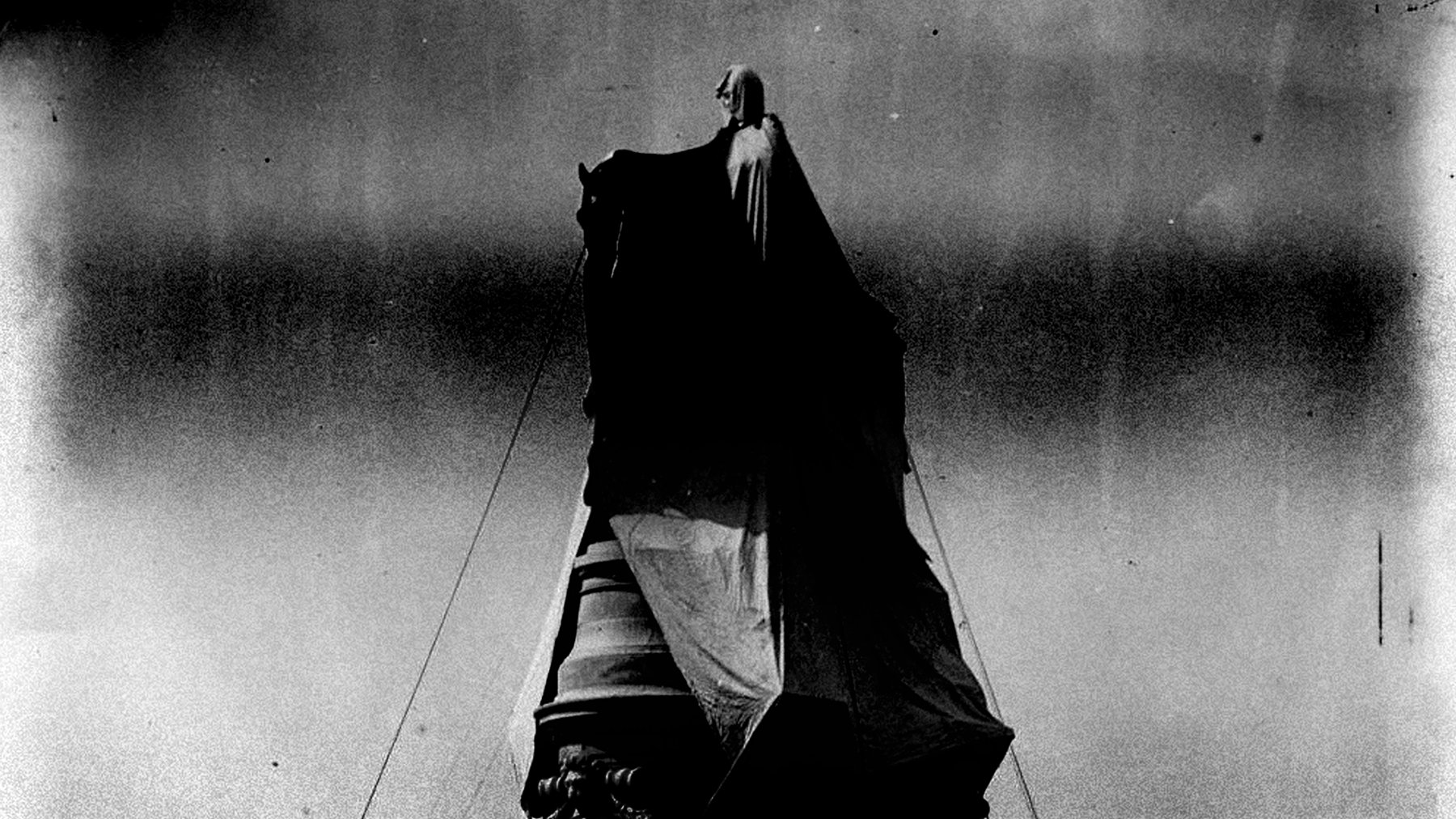 Adam Pendleton: Toy Soldier, installed in three black-box spaces, integrates multiple ongoing flows of writing and reading. In a new set of small collages, Pendleton combines geometric forms—circles and triangles—with metallic sprays, drips, and other shapes, conducting an improvisatory play of shadow and muted light. Opaque black cut- outs dance across the foreground of each work. Spray-painted gestures, here rendered in silver and obscured to near illegibility, create a through line with the spray-painted text of the Untitled (WE ARE NOT) paintings, in which a single phrase, “WE ARE NOT”, explodes into fields of combinatory language, filtered and modulated by overlapping lines that form ovals, triangles, and quadrilaterals.

Toy Soldier (Notes on Robert E. Lee, Richmond, Virginia/Strobe) (2021–22), the video work at the center of the exhibition, performs both a close reading and a transformation of its subject, a 19th-century equestrian statue of Confederate general Robert E. Lee that stood from 1980 to 2021 in Richmond, Virginia, USA. Spotlights move at various speeds across the statue and its graffiti-covered plinth, extracting sections of text—almost in counterpoint with the black shapes that pass over the grounds of the collages. The Untitled (WE ARE NOT) paintings reveal and obscure their own text, with overprinted whites and blacks forming unpredictable regions of luminosity and darkness that resonate with the roving circles and flashes of light punctuating Toy Soldier (Notes on Robert E. Lee, Richmond, Virginia/Strobe).

The temporal zone of this video work is stroboscopic, somewhere between motion and stillness. The images rapidly flicker to absolute black and shuttle between enlarged, grainy footage of the general and his horse set against a cloudless sky, the surrounding foliage, and the Richmond night. A score by Hahn Rowe interweaves the stuttering, digitally distorted voice of Amiri Baraka—from a 1980 reading of his poem “Dope”—with moments of orchestrated woodwinds, strings, and percussion. Several distinct sets of movements and perspectives are repeatedly broken down, reconstituted, and reversed. Archival photographs briefly display the monument’s scaffolding as well as its 1890 unveiling: horse and rider shrouded in cloth, unrecognizable. Into this tone poem Pendleton also inserts a new figure: an actor standing impassively in front of the structure, silhouetted, ghostly, and often barely visible.

As in the collages and paintings, the operations employed here continuously display new aspects of the material at hand while writing, rewriting, and overwriting it. Toy Soldier (Notes on Robert E. Lee, Richmond, Virginia/Strobe) develops as a palimpsest in motion, one that confronts the “default geometries” with other modes of abstraction and representation, with other pasts, futures, and aftermaths.