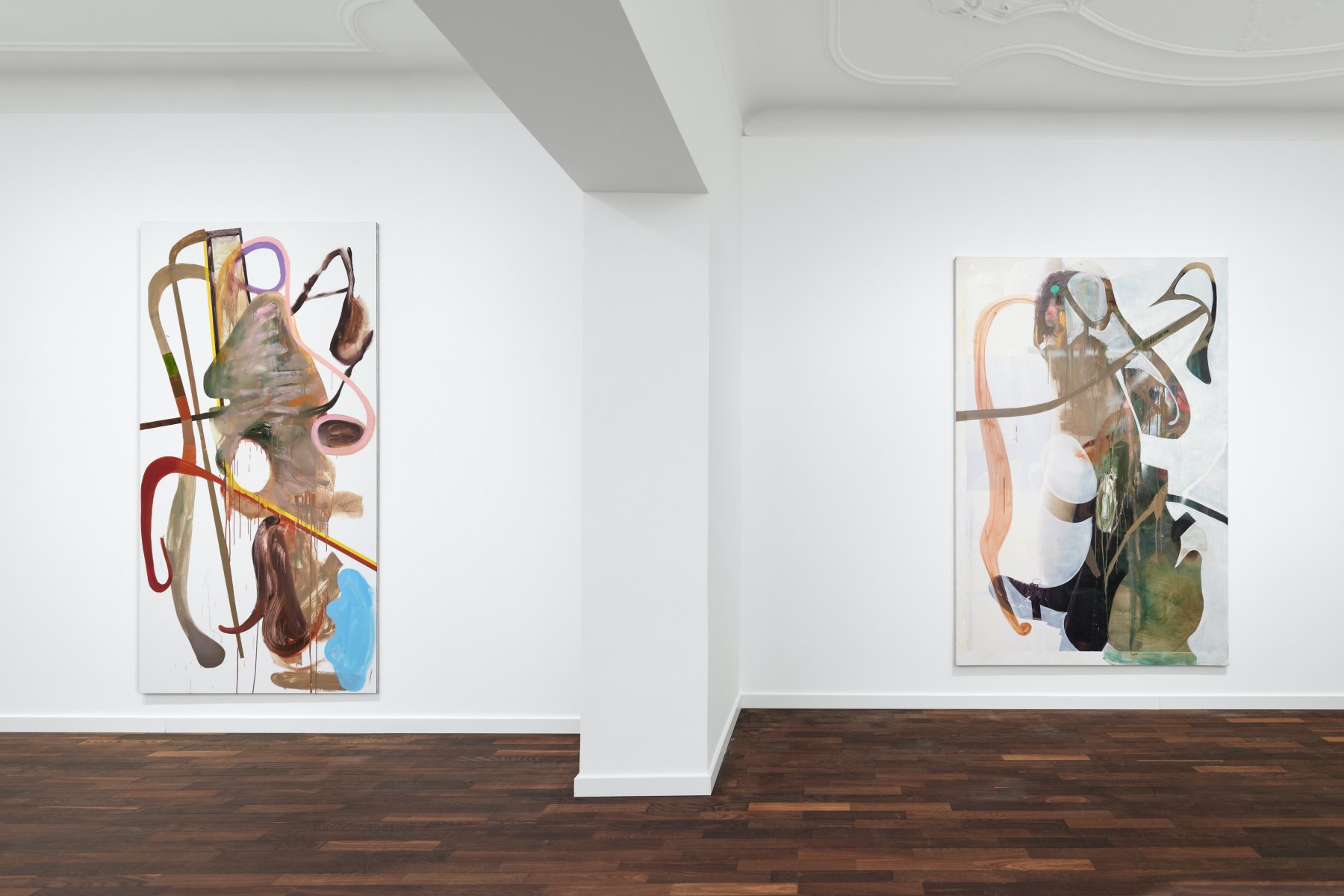 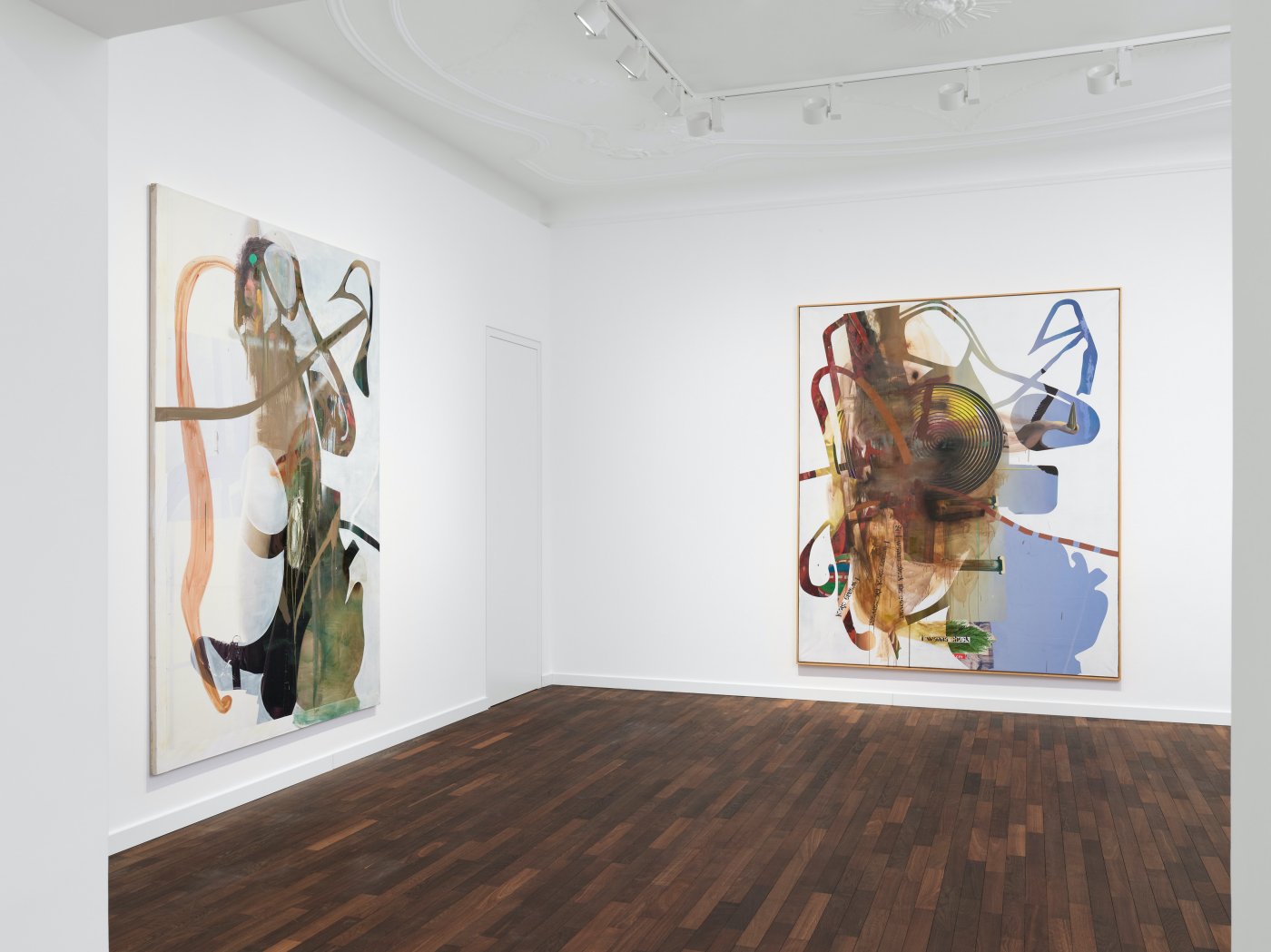 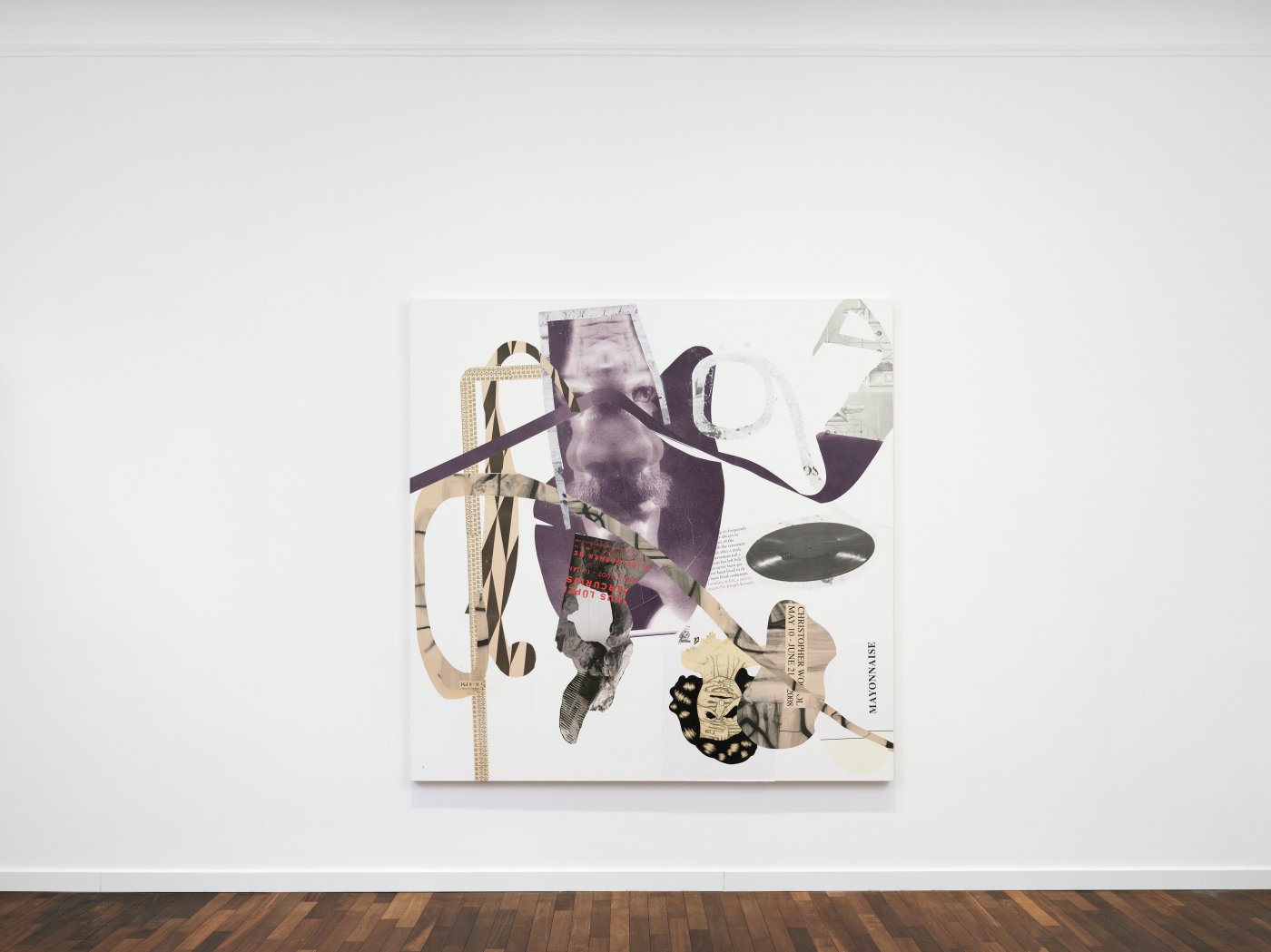 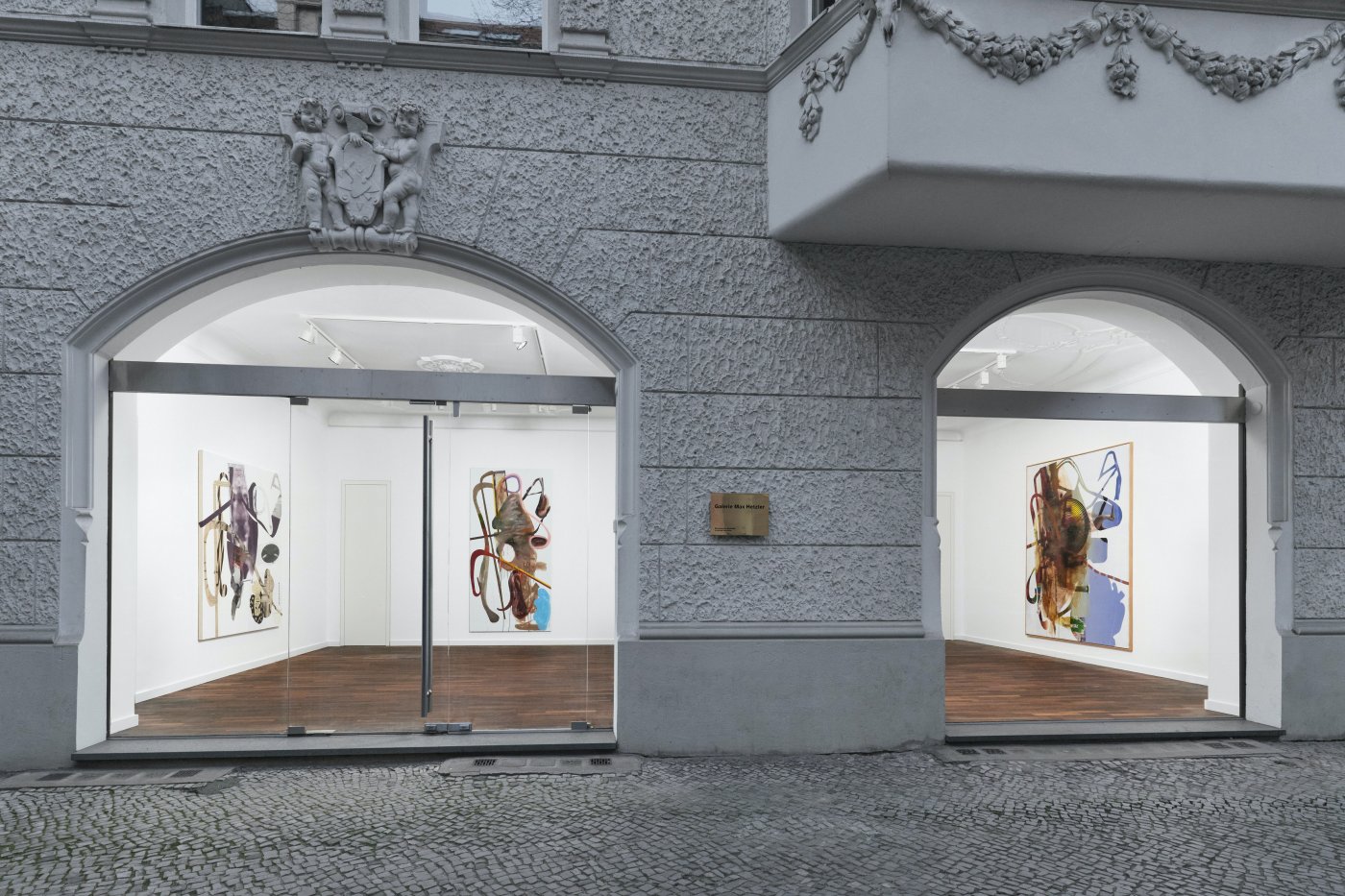 One of the most respected painters today, Albert Oehlen has been questioning the methods and means of painting since the 1980s, raising a sense of awareness of the medium, which he aims to reinvent and to reshape, always in opposition to traditional hierarchies.

Featuring twenty new works, grouped by the prefixes u.b.B. (unverständliche braune Bilder) and Ö-Norm, the paintings on view at Galerie Max Hetzler are works on canvas, with one painted on aluminium Dibond. As the title, ‘incomprehensible brown pictures’, suggests, earthy pigments predominate, evoking the colours of Cubism, or of artists painting at the time, such as Francis Picabia. Yet many other colours feature too, ranging from vibrant pinks and primaries to greens, greys and ethereal washes of sky blue. All of the paintings contain white within them, bringing depth to the works and a luminosity to the show.

Techniques abound, from heavy dripping, spraying and smearing to delicate washes of rag-blur or sfumato, demonstrating the artist’s unrestrained approach to painting. Caught between flatness and depth, structure and formlessness, the works contrast areas of painterly intricacy with expressive sabotage, revealing an inimitable range of paint handling techniques, unique to the artist.

Oehlen produced his first abstract paintings in the late 1980s, with iconoclastic intent, in the hope of denouncing the inadequacy of painting; by the early 1990s, his paintings were incorporating ambiguous shapes and flashes of colour, that have since become a hallmark of his oeuvre. Whilst the u.b.B works share similarities with these earlier abstractions, which he described at the time as ‘post-non-representational’, they contain far less impasto, appearing more subtle and smooth, with hazy, transparent layers yielding further ambiguities. In some works, carefully painted details contrast with sparse, unpainted areas, peppered with paint, evoking the dynamism of action painting, whilst in others, the back of a figure is suggested, with long hair and arms raised.

The continued importance of the line in Oehlen’s oeuvre can be traced throughout the exhibition, appearing at once curvy and controlled, freehand and stencilled.

In the Ö-Norm paintings, we are reminded of the often-eccentric lines found in the artist’s ‘Tree Paintings’, which likewise stretch freely to the edges of their supports. In the first painting from this group, a grid remains visible in the background, endowing it with a rough, unfinished quality, which accentuates a further tension in Oehlen’s work, between elegance and abjection.

The artist has repeatedly produced bodies of work that utilise the methods and aesthetics of collage, by combining such materials as advertising posters or printed fabric, with transparent veils of overpainting. Three of the paintings on view incorporate old exhibition posters, cut-out images and fragments of text, evoking his earlier ‘Billboard Paintings’, whilst also continuing to ridicule the abstract/figurative dualism.

In this way, the new works remix motifs and techniques from the artist’s iconoclastic practice, whilst also pushing in new directions with surface, colour and line, cementing Oehlen’s reputation for subverting the conventions of the medium. Here, painting is presented as an area of heterogeneity and tension, in which the possibilities and value of self-expression, artistic authenticity, and even, the act of painting itself, undergo relentless re-assessment.