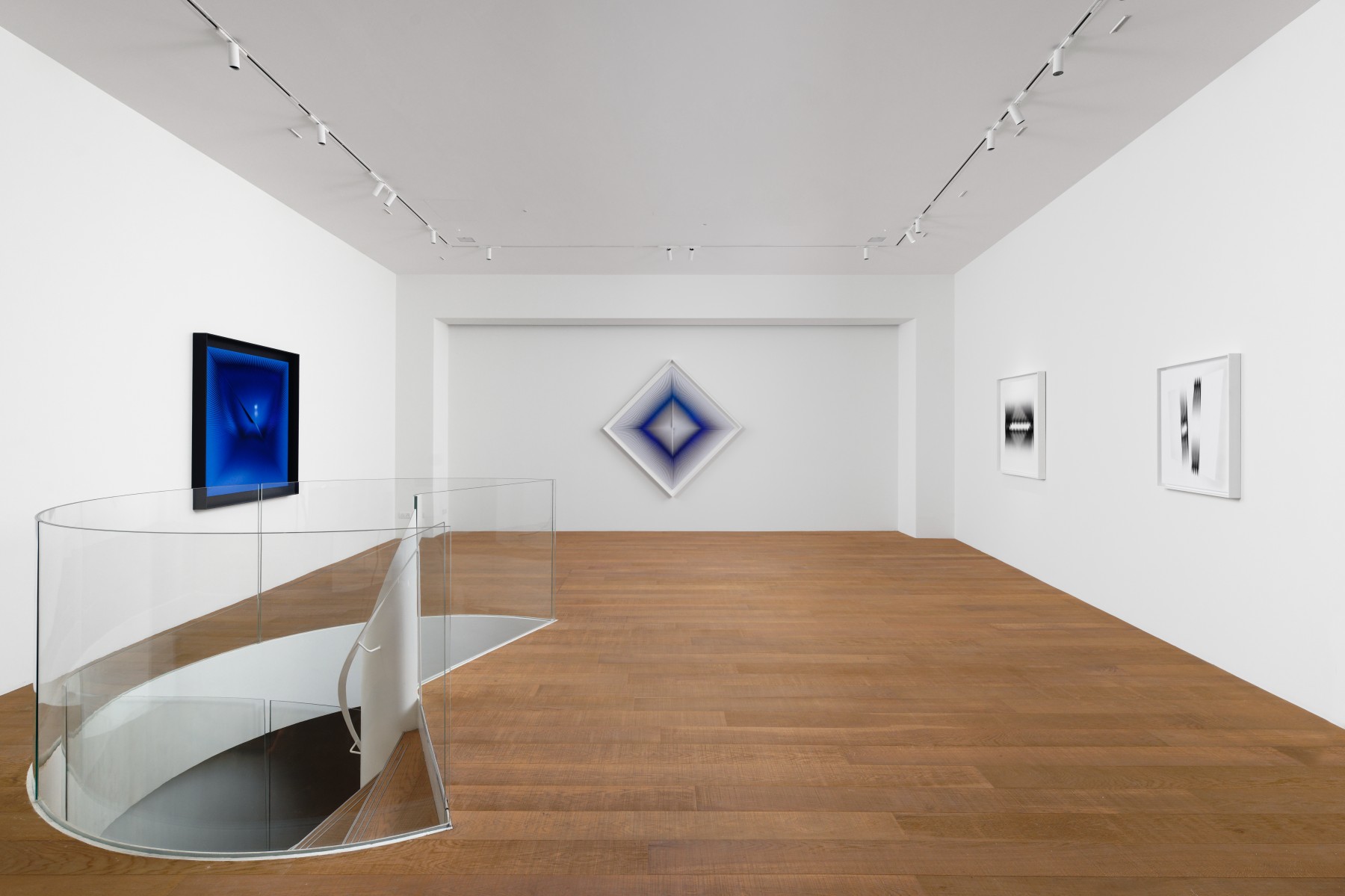 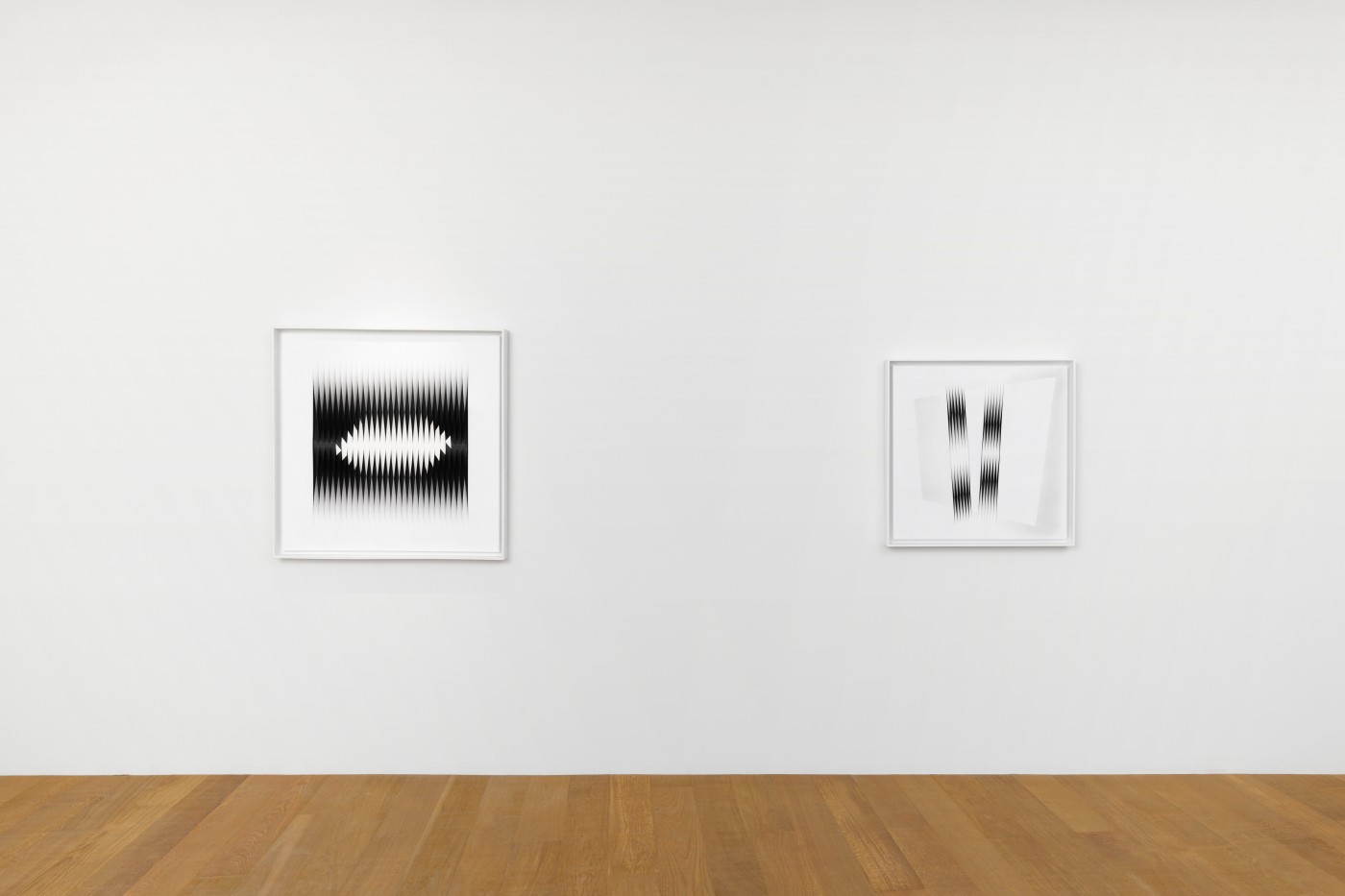 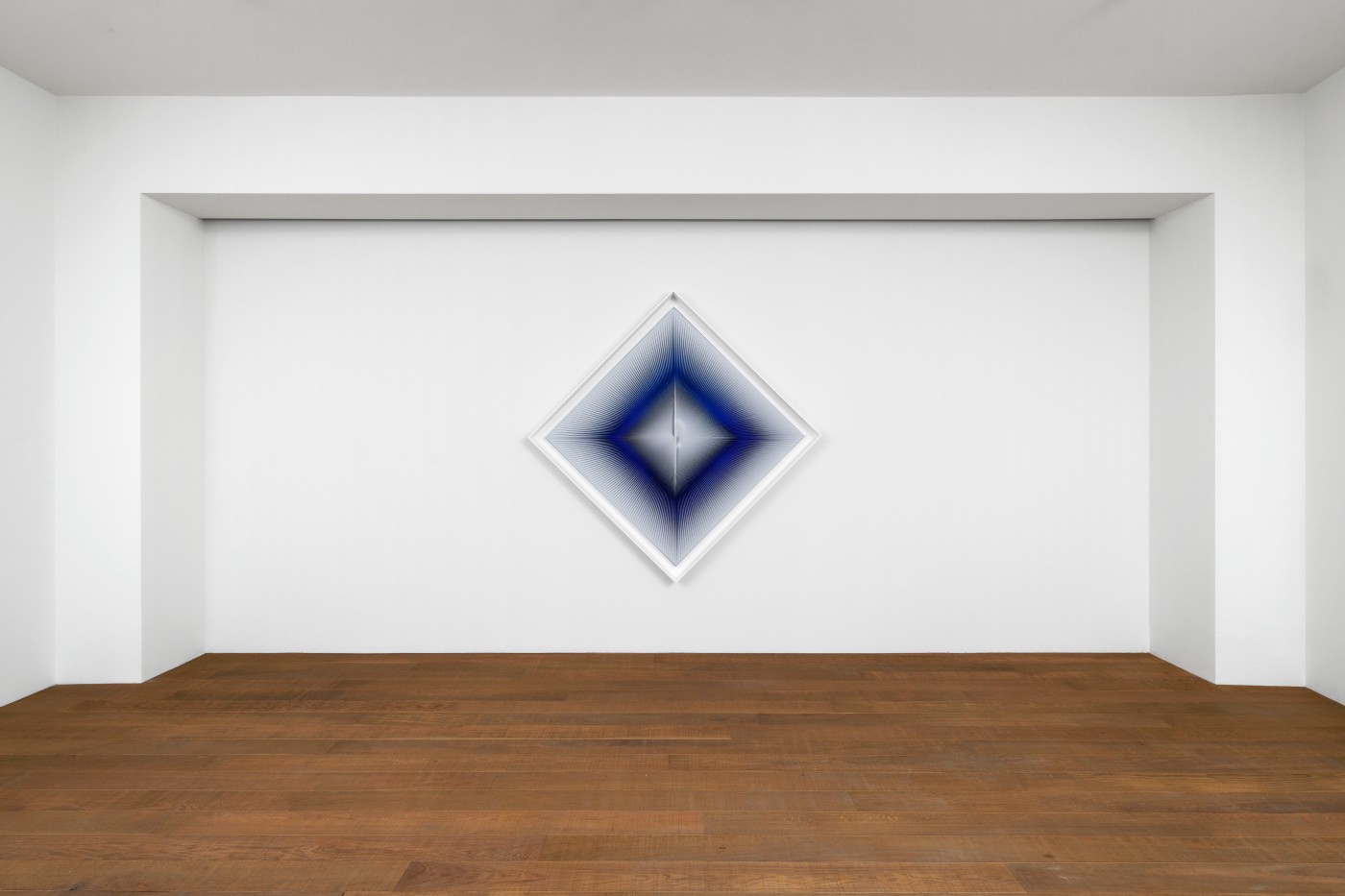 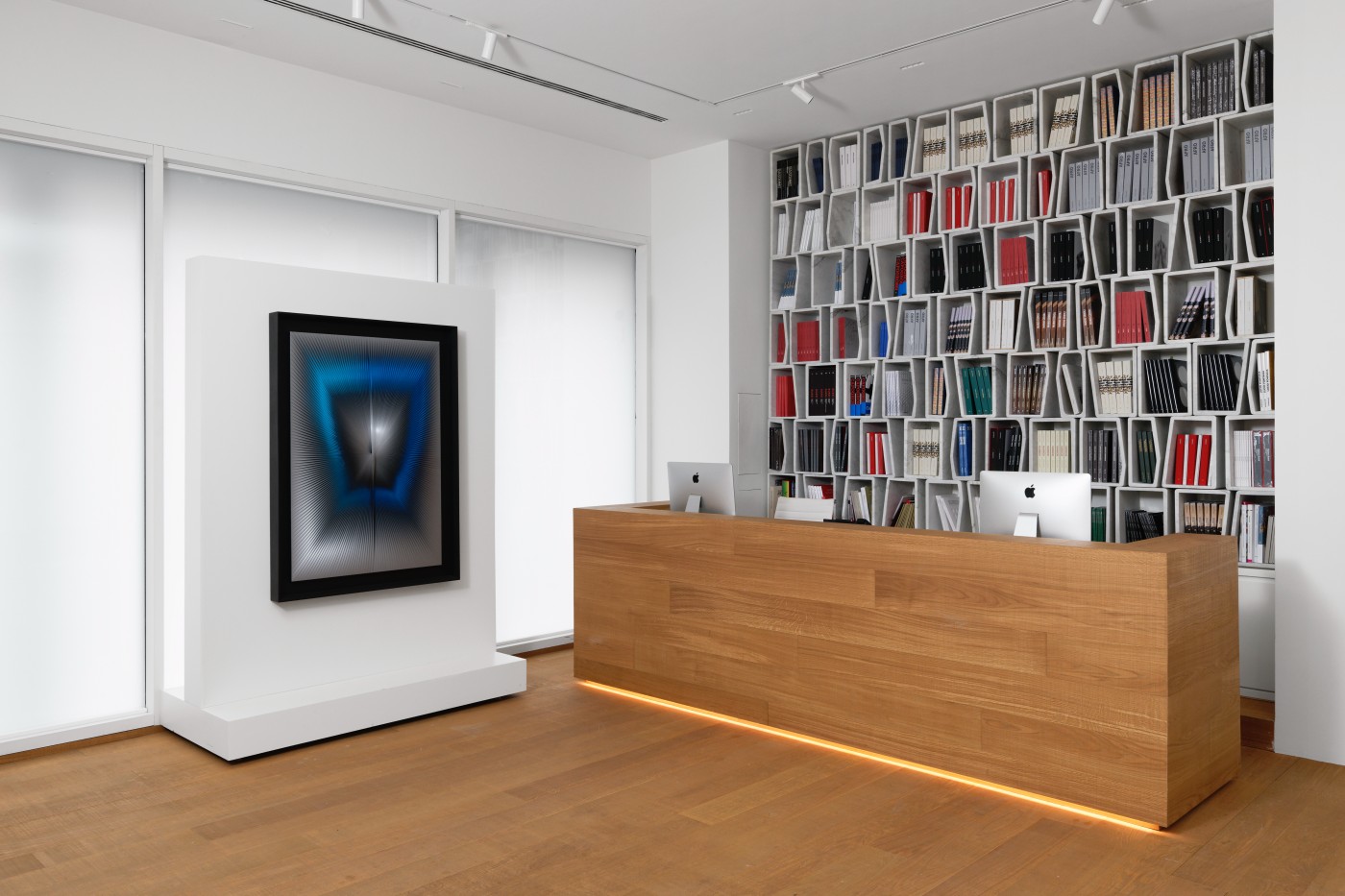 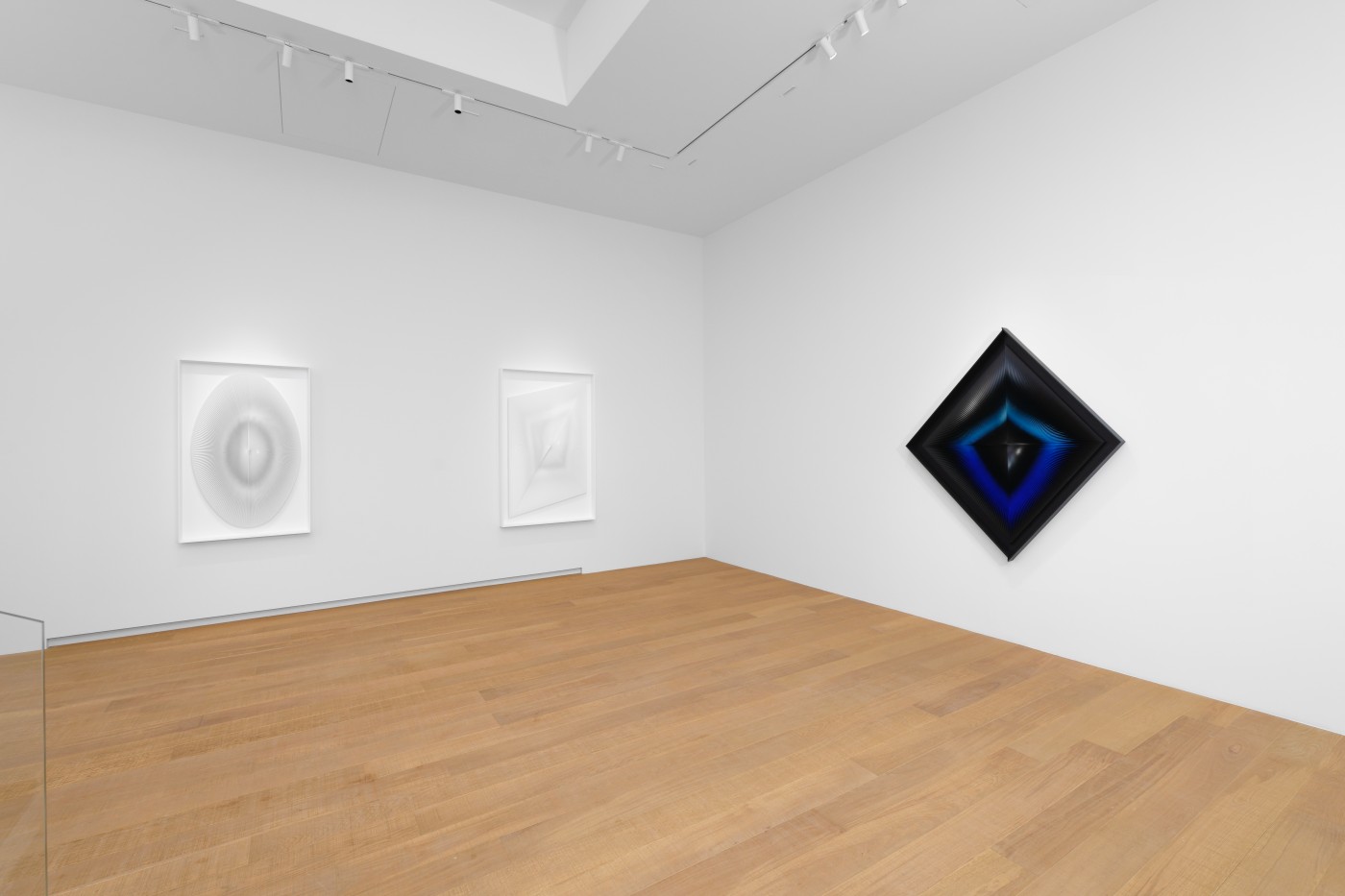 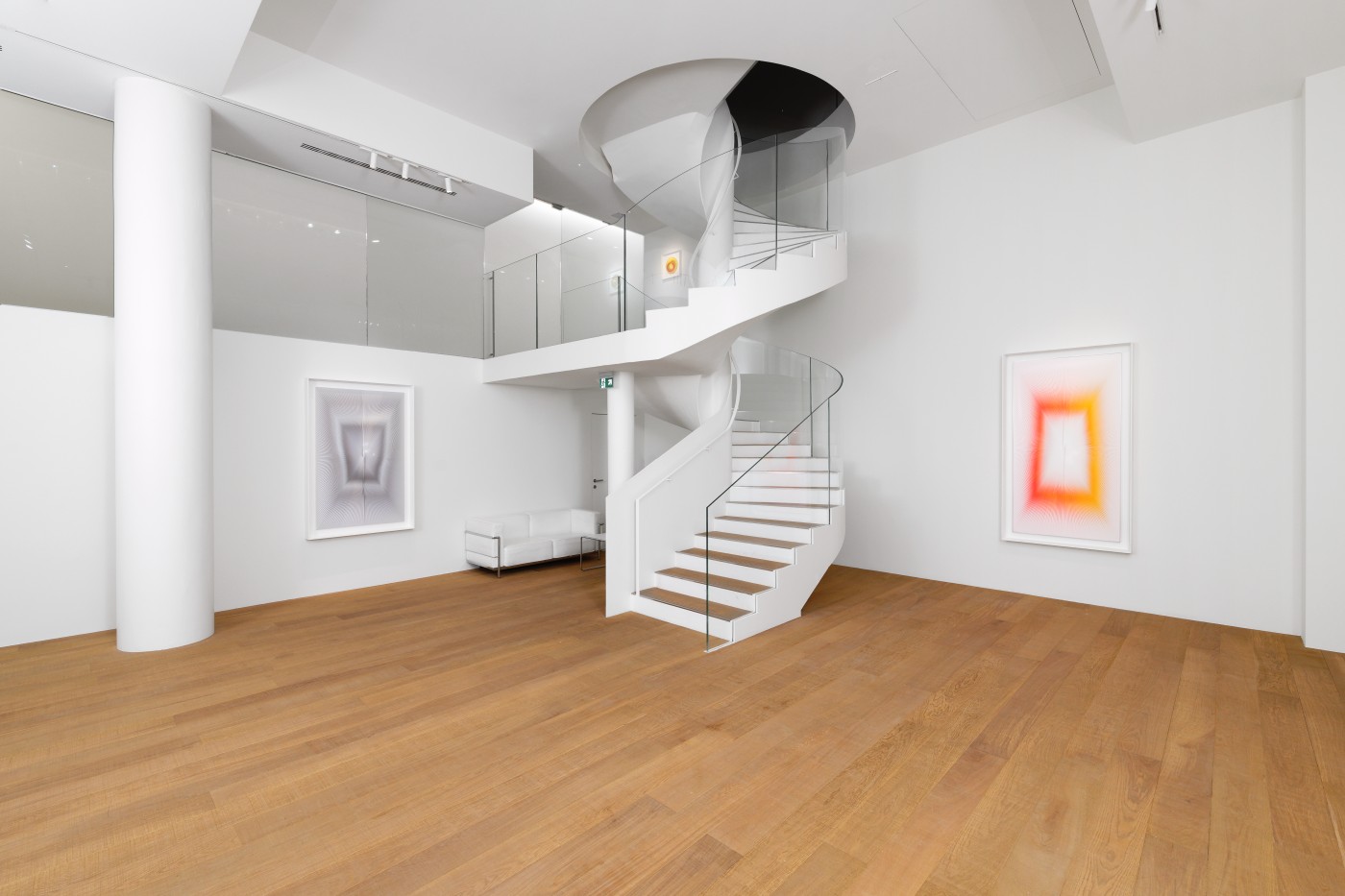 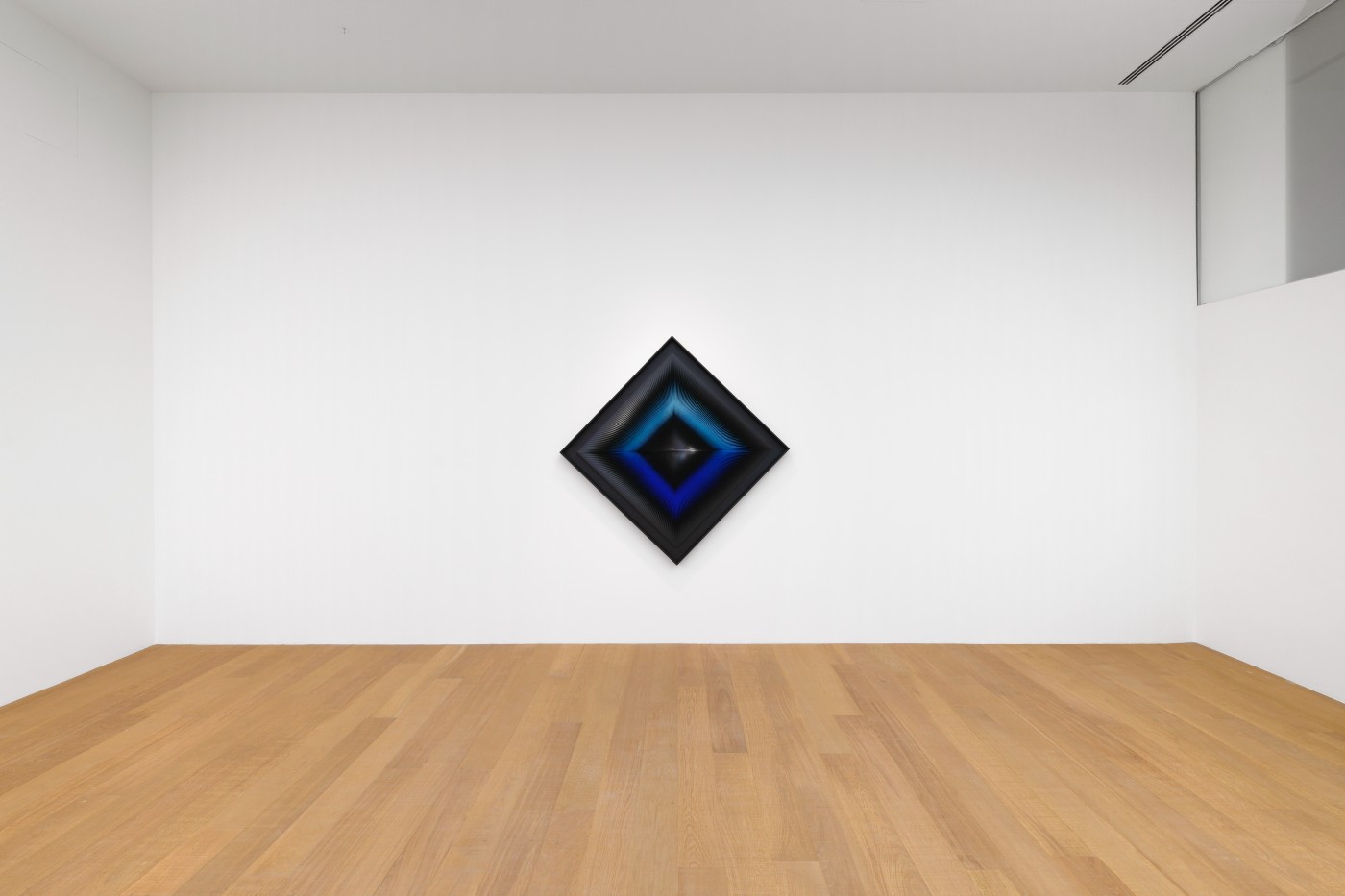 Born in Padua in 1937, where he still lives and works nowadays, Alberto Biasi is considered a major figure in Italian and international kinetic art. Throughout his career he has remained committed to the study of the phenomena of the retina and the ways of optically connecting the observer and artwork.

At the age of 22, Biasi founded the Gruppo N together with Ennio Chiggio, Toni Costa, Edoardo Landi and Alfredo Massironi. It was during this period that he carried out his first “optico-dynamic” experiments, rejecting the idea of a “classical” perspective in order to focus on the visual experiences that these works provoked in the viewer.

This research, formulated in what Gillo Dorfles theorised as “object-sculptures”, is part of the artistic breakthrough opened by Lucio Fontana, who in 1958 broke the flatness of the canvas and thus opened painting to three-dimensionality. The challenge to the traditional conception of this medium is characteristic of the experiments carried out in Italy in the 1950s and 1960s.

In 1961, Alberto Biasi took part in group exhibitions devoted to lumino-kinetic art with Azimut founders Enrico Castellani, Piero Manzoni and other artists from the European movements of the Nouvelle Conscience Artistique and Nuove Tendenze, which he joined the same year.

In 1962, Gruppo N joined the Arte Programmata movement. In 1965, Alberto Biasi took part in the historic exhibition “The Responsive Eye” at the MoMA in New York. After the dissolution of Gruppo N in 1967, Biasi began a more personal research that distanced his art – at least in part – from matters of psychology and perception. Instead, he turned to a more in-depth exploration of themes such as form and changing spaces.

The Torsioni series’ works, on show at Tornabuoni Art Paris, exemplify the technique developed by Alberto Biasi whereby a monochrome PVC surface is cut into thin strips of equal width and then recomposed by twisting the plane through 180°. Such technique results in a geometric configuration that moves and “vibrates” depending on the positioning of the onlooker’s gaze in relation to the work.

Biasi decided to dedicate himself to art during his studies of architecture and industrial design, which have influenced his approach throughout his whole career. The artist was fascinated from the start by movements of the early 20th century, such as Futurism and Dadaism, as well as by artists such as Jackson Pollock, Piet Mondrian and Wladyslaw Strzeminski, from whom he derived the concept of all-over. Manufacture and mechanics, two typical features of Biasi’s œuvre, developed along with his interest in art. In Biasi’s case, the artwork is conceived before it is made and thus responds to a programme.

Among the aims of Biasi’s investigation is the representation of a destabilising space, which escapes immediate visual understanding. His work, guided by a scientific or positivist approach, is based on the study of phenomena that can affect the viewer’s perception.

In recent years, various leading international museums have recognised Biasi’s importance and his role in the international kinetic movement, as well as the deep connection between his work, visual phenomena and light. The artist participated in the exhibition “Lichtkunst aus Kunstlicht” in 2004 at the ZKM Karlsruhe; the following year in “L’œil moteur” at the Musée d’art contemporain in Strasbourg and in “Op Art” at the Schirn Kunsthalle in Frankfurt am Main in 2007. In 2006, the Hermitage Museum in St. Petersburg devoted to him a large retrospective. Then, in 2012, the Galleria Nazionale d’Arte Moderna in Rome organised an exhibition entitled “Arte programmata e cinetica da Munari a Biasi a Colombo e…”. Finally, in 2021, the Ara Pacis Museum in Rome opened a retrospective exhibition which will be on view until 22 February 2022.

“Additionally, Alberto Biasi consistently emphasized the notion of instability in his work. As shown by his objects and optico-dynamic reliefs, these creations, although stationary, appear to be moving at a varying pace, a motion which the viewer perceives as he/she changes position.

Their surface seems to be stirred by vibrations and shivering moiré effects, with images that flittingly appear before transforming into something else. For Alberto Biasi, this perception of a changing piece, as opposed to the classic conception of the artwork – be it painting or sculpture – as a static and immutable object, is more adapted to reflect reality and closer to nature and life themselves, which are in constant evolution.”