Alejandro Cardenas chose the name ‘PARADOXA’ for his second solo exhibition with Almine Rech, and the first one since the gallery started representing him in Europe, the United Kingdom, New York, and China last May. 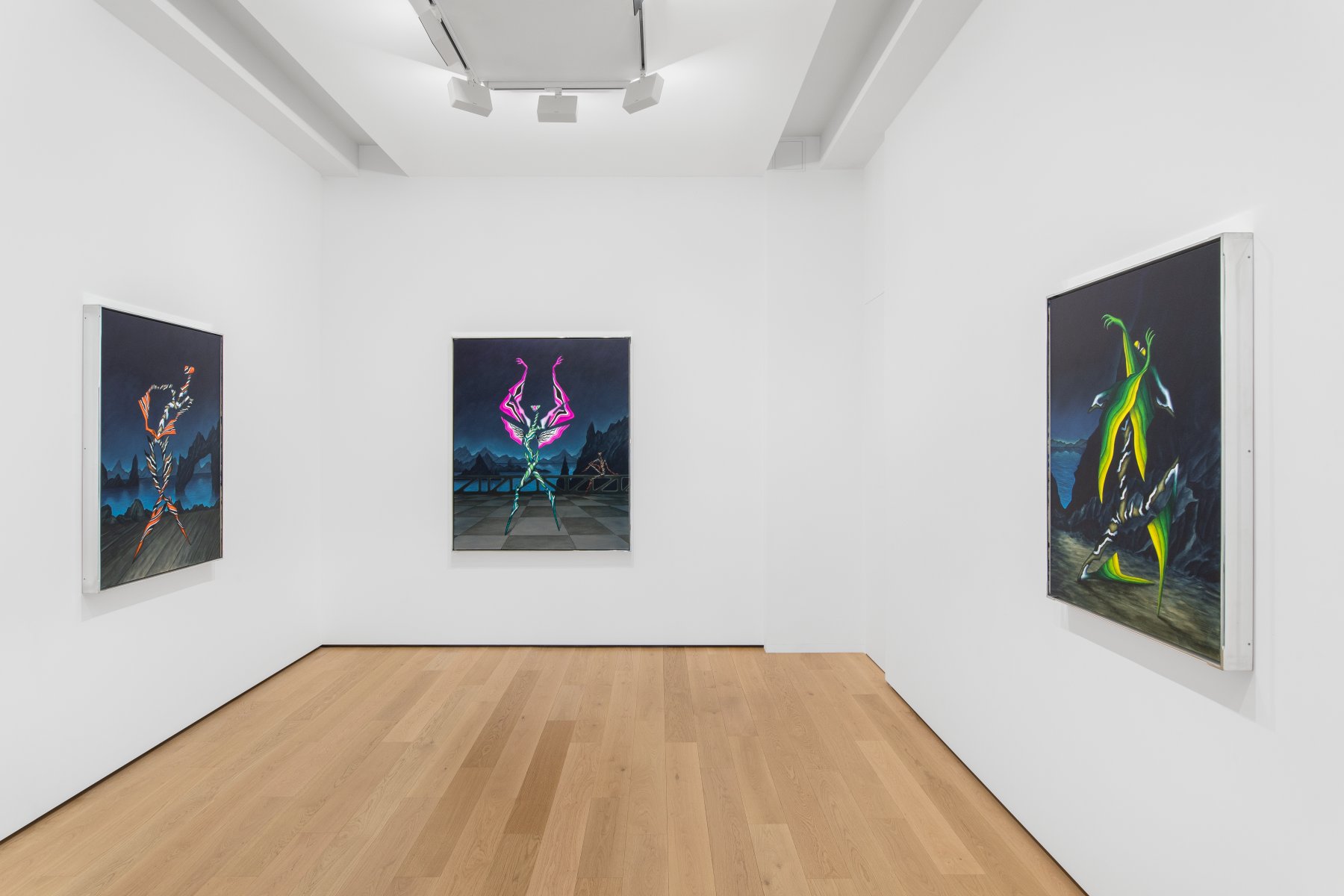 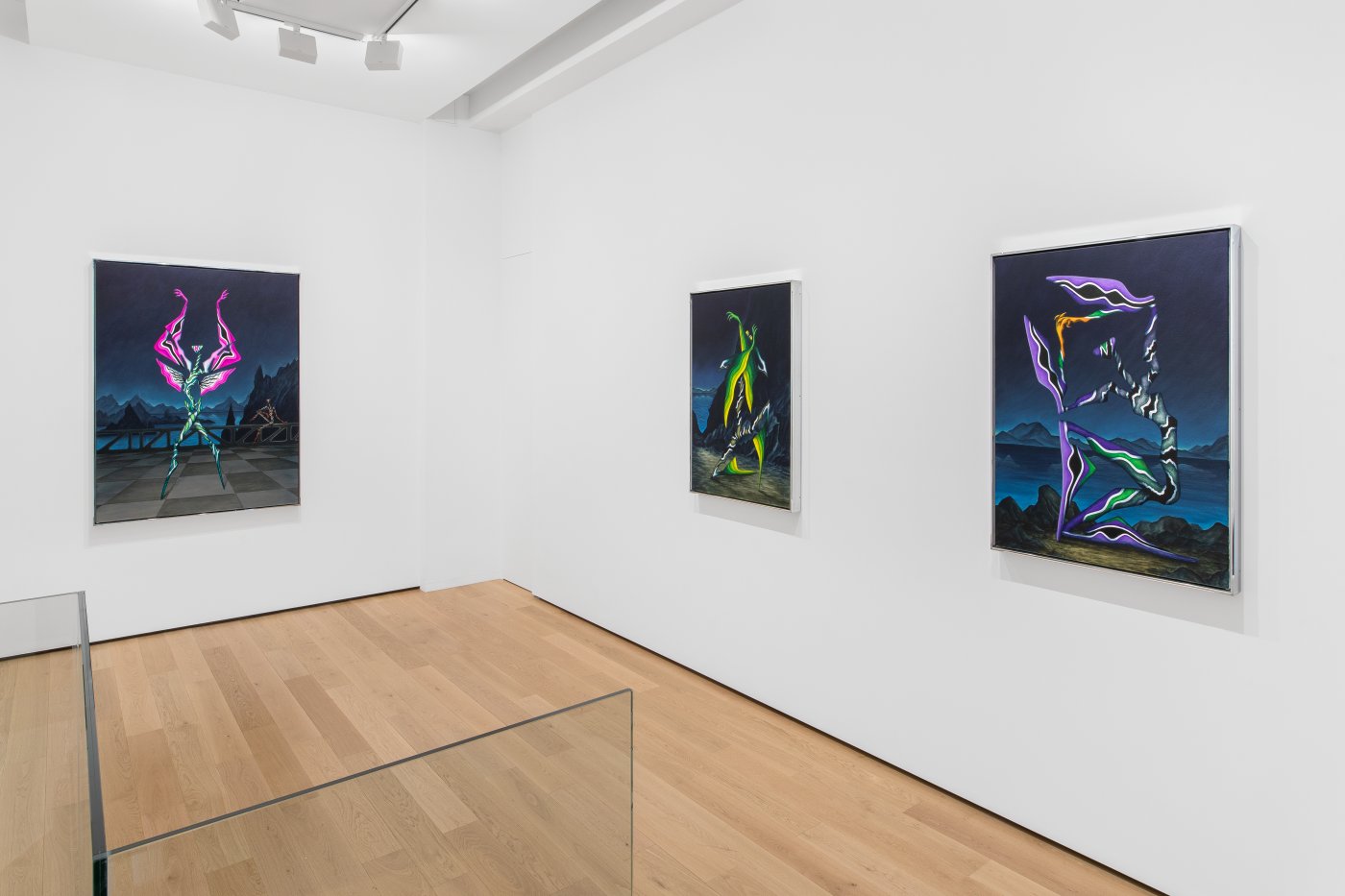 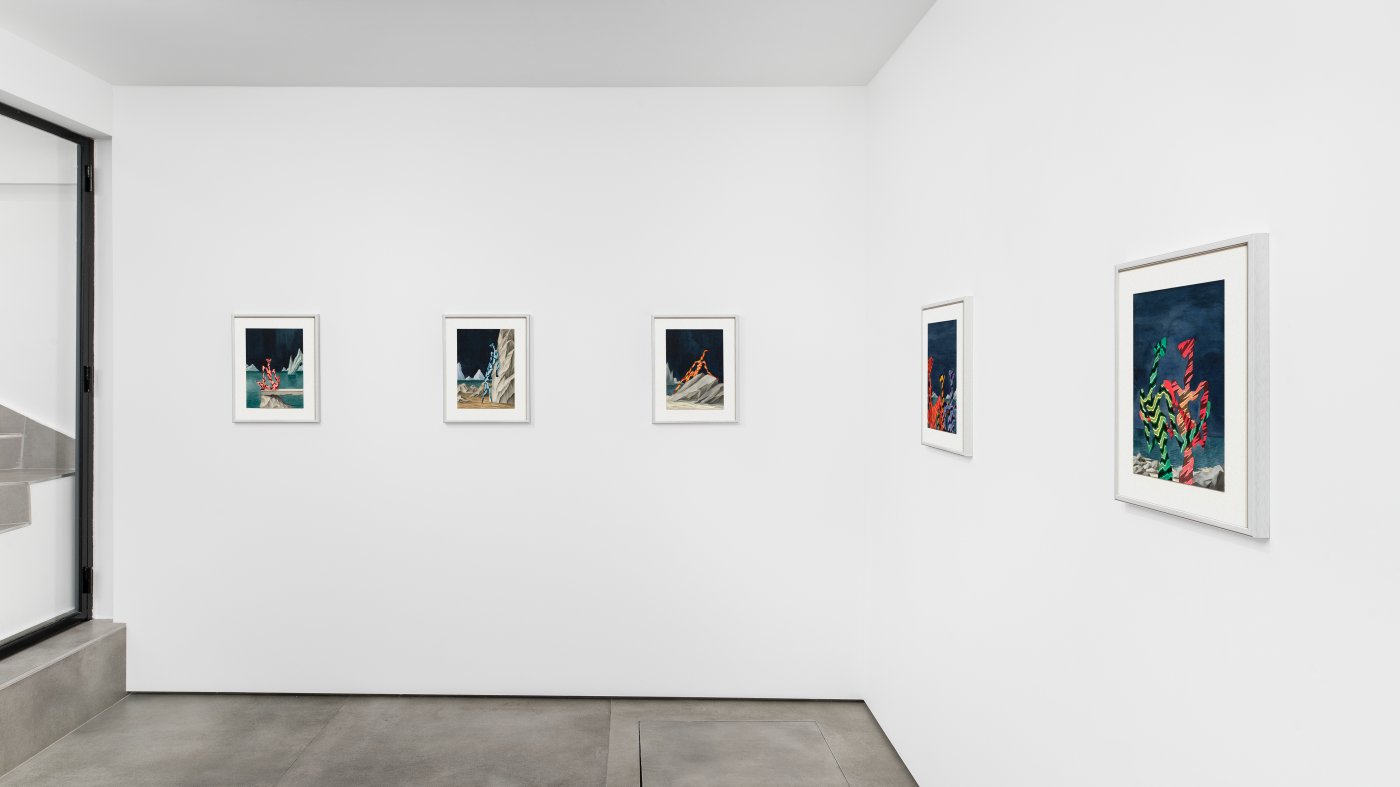 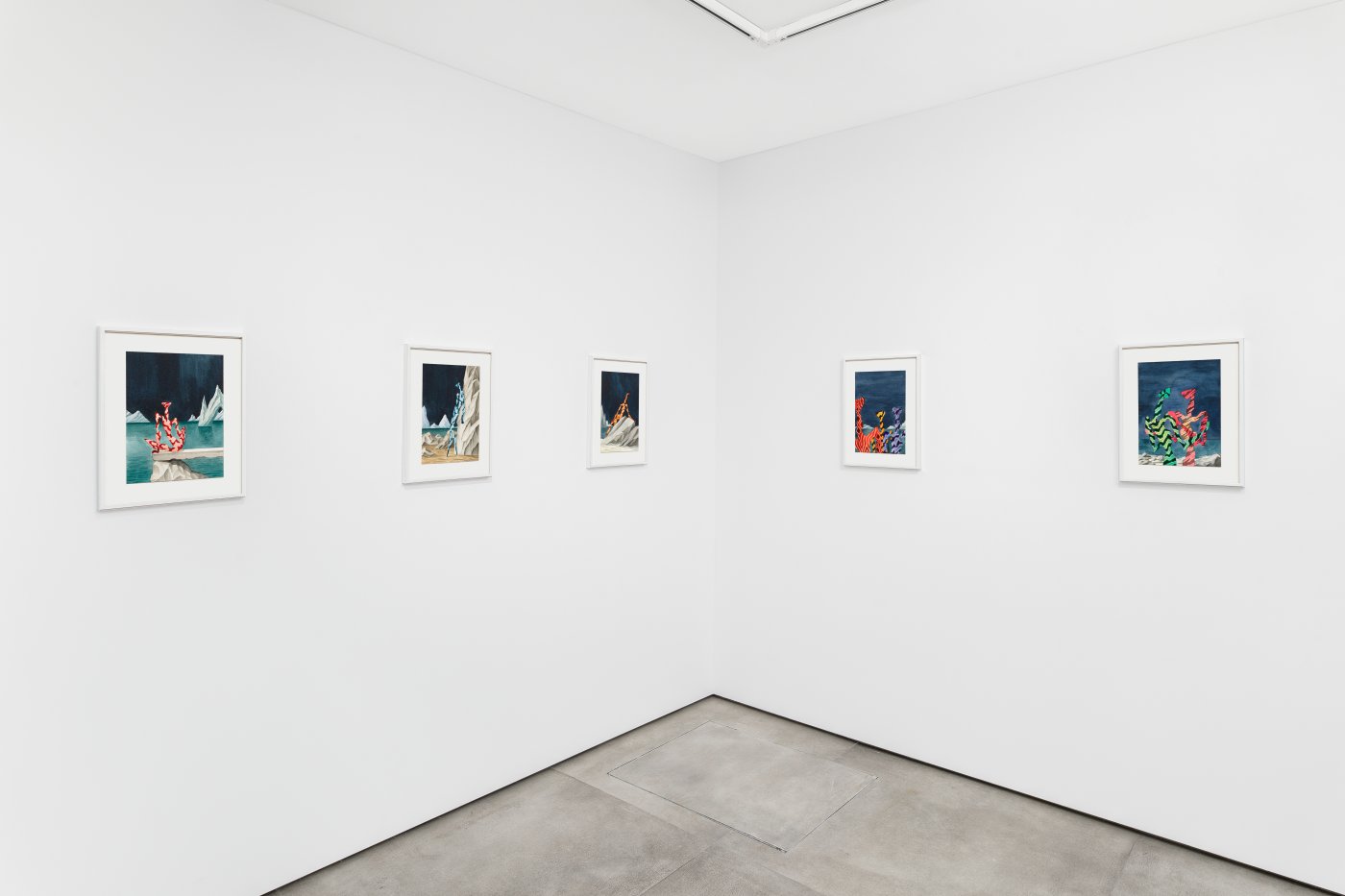 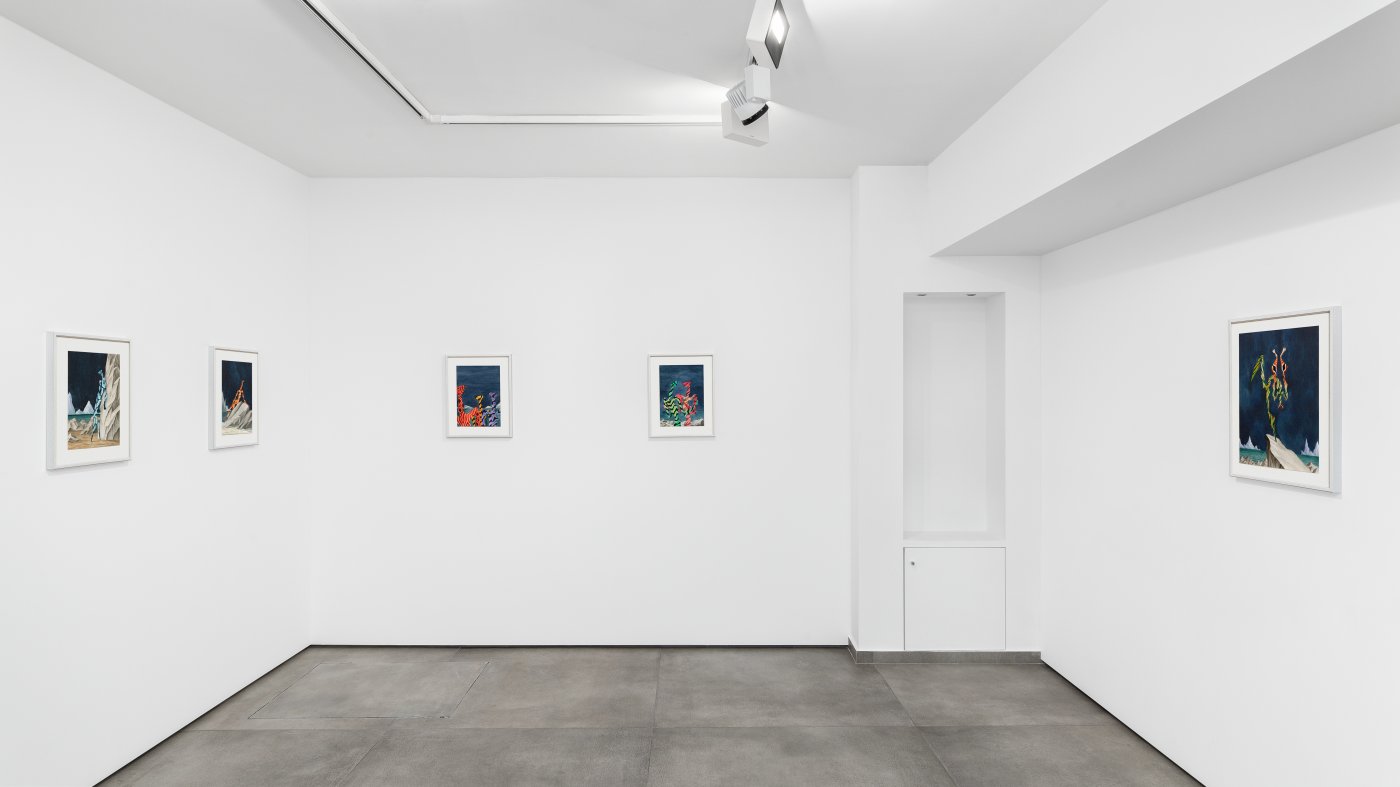 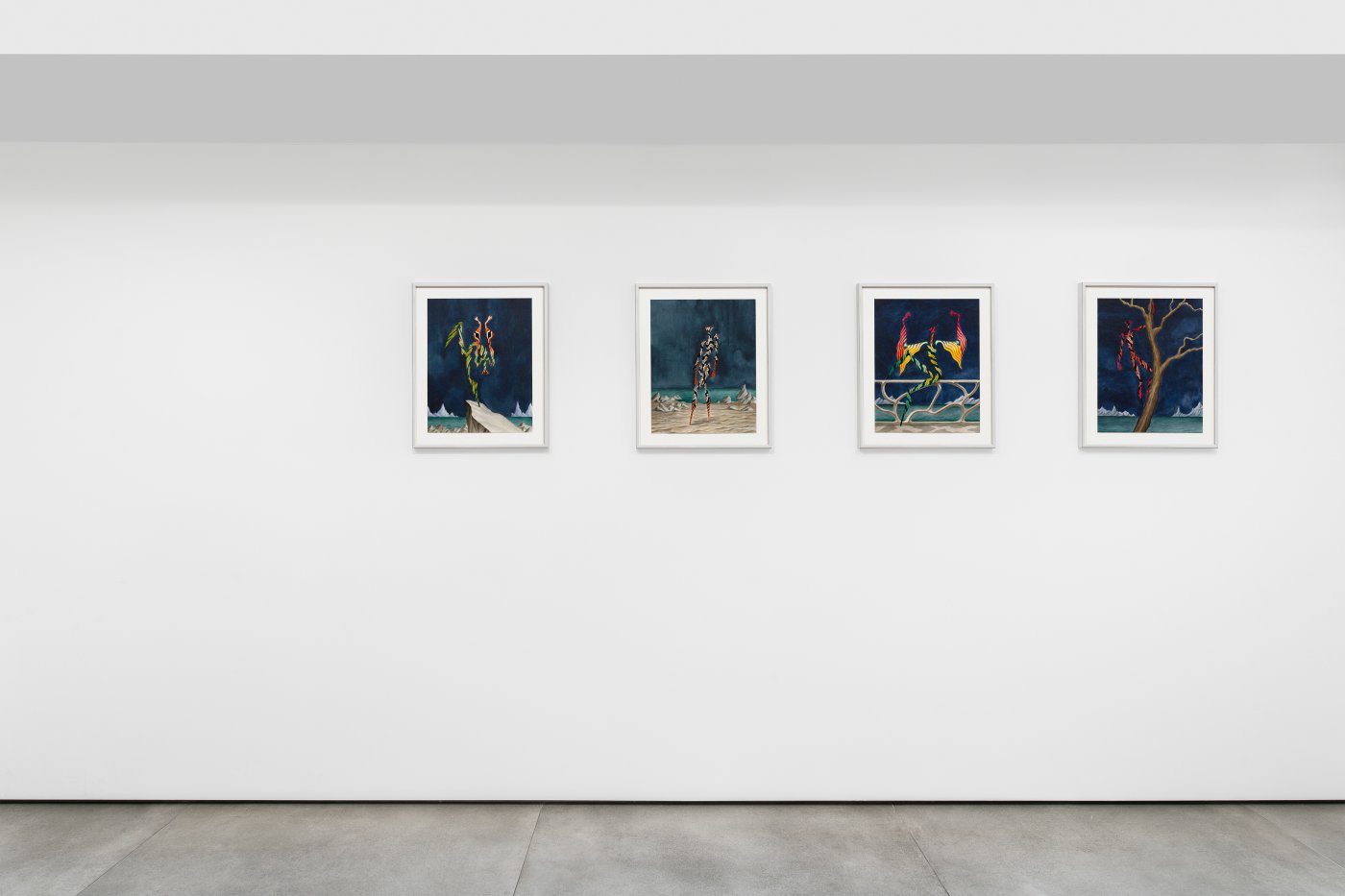 The term PARADOXA stems from one of the seven zoological classes that the eighteenth-century Swedish naturalist Carl von Linné established in order to classify animals in Systema Naturæ. The class titled PARADOXA included not only legendary creatures from medieval bestiaries (such as dragons, the Hydra, or the Phoenix), but also real animals (such as narwhales, pelicans, or antelopes), which did not fit into any of the six other classes. The latter set of taxa was thus a paradox in terms of natural history. Animals in it existed but could not be fully identified with any other category of living animals because of their idiosyncratic character. Their own existence could not be comprehended according to common zoological views of the time. As such, these animals created a gap within von Linné’s system. This very characteristic seems to be a metaphor of Cardenas’s paintings, for they capture the ineffable part of the real, depict what creates a gap within the real, or what people make fall under nominalist categories that help them digest the real, at the expense of its true identity. It should now be noted that Cardenas equates his paintings with mirrors encapsulating the real. Beyond the seeming canonical reference to Filippo Brunelleschi (who, around 1416, used a mirror as a technology of mimesis to paint Florence’s Baptistery of San Giovanni on a wood panel from the inside of Santa Maria del Fiore central portal), such a comparison actually echoes Le Rouge et le Noir, in which Stendhal argues that ‘the novel is a mirror which goes out on a highway.’
Cardenas’s paintings too are mirrors which go out in the highway. They thus resonate with Gustave Courbet’s Realism, insofar as the Realist project lies on a representation of reality which is not realist but greater than reality. Although Realism does not form the basis of Cardenas’s work, it nonetheless hints at his interest in the labyrinth that ties the work of art to the real, and consequently at his continual engagement with the writings of Jorge Luis Borges. We could think, for example, of Ficciones or El hacedor (notably the short stories titled ‘La biblioteca de Babel’ and ‘Del rigor en la ciencia,’ which both pose the question of representation in several ways). Like Borges’s stories, Cardenas’s paintings are in a liminal state between the real and imagination.
Let us now focus on how Cardenas enchants the real and gives a voice to his imagination. His paintings enact the arbitrary weaving together of what has given them birth. In this regard, the ways in which he psychically fuses together the components at the origin of the chance encounters he paints evoke Surrealist strategies meant to visualize inner instincts and intuitions. Joan Miró appears here as a central figure, especially the works he made that have been described as automatic paintings, spontaneous paintings, dream paintings, or even poetic paintings. The paintings included in ‘PARADOXA’, as for them, give a pictorial existence to the chance encounter of five realms: Carl von Linné’s PARADOXA, as we mentioned earlier, but also the identification of beautiful patterns in nature, the notion of atmosphere, which reveals Cardenas’s variations on the works of Diego Velázquez (‘the painter of evening, of open spaces and of silence,’ in the words of Élie Faure, and the pioneer of modern Stimmung, to speak like Aloïs Riegl). Long spans of time—as exemplified in the geological structures of the mountainscapes that Cardenas placed at the works’ background—and, most importantly, the tradition of flamenco, which Cardenas explored on this occasion by way of Carlos Saura’s Carmen, the film the Spanish director made in 1983 after Prosper Mérimée’s novella, and Georges Bizet’s opera. Cardenas’s investigation into the Andalusian art is indeed crucial to understand his work. Within the trajectory of Modern art, the reference Cardenas makes parallels, for example, Édouard Manet’s Spanish paintings, American jazz musicians’ passion for flamenco (think of Miles Davis’s Sketches of Spain), or, the importance of jazz to painters based in the United States, such as Piet Mondrian, who was acquainted with Thelonious Monk (think of the painting titled Broadway Boogie Woogie, 1942–1943).
The delicate research of harmony in regard to the figures’ postures and gestures recalls the moment of grace that characterizes jazz music’s IT. Studying Cardenas’s creative process, we learn that he systematically draws the primordial structures of his works before genuinely painting. These primordial structures are actually the stages where he performs the eternal dance of the painter, brushstroke after brushstroke. Cardenas says he pursues moments of which we could say: tienen buen pulso; and of his paintings, we could even say: ¡Tienen duende!
—Théo de Luca, Author, Yale University