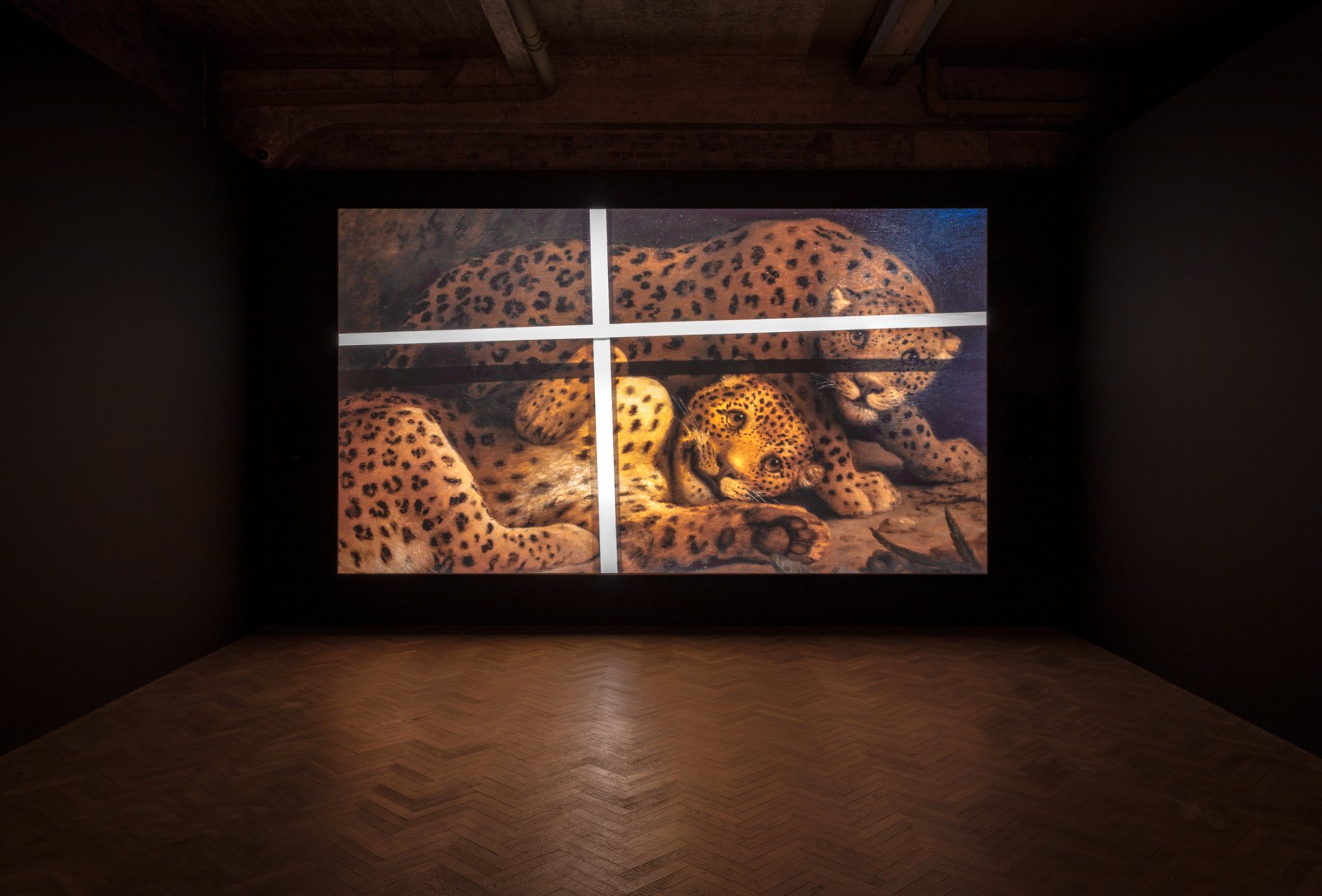 Filmed in numerous private estates throughout England and Scotland, as well as in public institutions, Bloodlines follows the movement of paintings by English artist George Stubbs (1724-1806) from aristocratic homes and private country houses to an exhibition in a public art gallery, then back again. First depicted within the lavish decor and stillness of the stately home interiors, the paintings take on a new presence when installed by museum workers on gallery walls and seen by a viewing public.

Bloodlines exemplifies Siegel’s understated formal precision, revealing systems of class and inherited wealth and subtly suggesting colonialism’s role in establishing and perpetuating their structures. Offering an intimate look into the world of cultural property and the ownership of heritage, the film explores distinctions between private and public realms, and the labour (and leisure) that maintains each. Through the iterative and conceptual quality of Siegel’s work, Bloodlines conveys a rich constellation of images and ideas and sets up a narrative that unfolds associatively in the viewer’s consciousness. Motifs such as flowers, fireplaces, wallpaper, dogs, horses, and other creatures and patterns of action build and echo throughout the film, accruing meaning. Time, too, becomes both subject and material in the uncannily immutable settings of each home. Distinctions between their interior and exterior worlds, the absence and presence of people; stillness and movement; animate beings and inanimate objects; images of past and present; reality and artifice, all are brought to the fore. A sense of empathy is conveyed, as viewers encounter a cast of both human and animal protagonists.

As the film unfolds, Siegel draws out subtle and poetic connections between her subjects and those of the paintings. People, property, animals, and objects move between the domains of the real and the represented, creating a mirror of human, equine and artistic bloodlines. Without voice-over or narration, Siegel’s intimate camerawork, her signature carefully composed tracking shots, and her deft analogical editing, all expose the dual processes of image-making and perceptions of power. Siegel’s deployment of a seductive cinematic language within the cool restraint of her conceptual rigour sets up a critical parallel to both the expressive surfaces of Stubbs’ paintings and the sumptuous interiors and grounds of the homes that helped provide him with his very subjects. In this way, Siegel directs our gaze and opens a window onto visions of cultural identity held tightly within the frameworks that fix its imagery.

In the print series Cloude, Clot and Cloot (2022), Siegel combines details of the sky as portrayed in several of the Stubbs oil paintings featured within Bloodlines. The puffs and veils of cloud, atmosphere, and greenery in the the prints are reproduced at one-to-one scale to the original works, suggesting a gathering of imagery that is instantaneous—like the weather—and, just as artworks that come together for exhibition only to drift apart again, combine to produce new meanings from their unexpected juxtapositions and proximity.