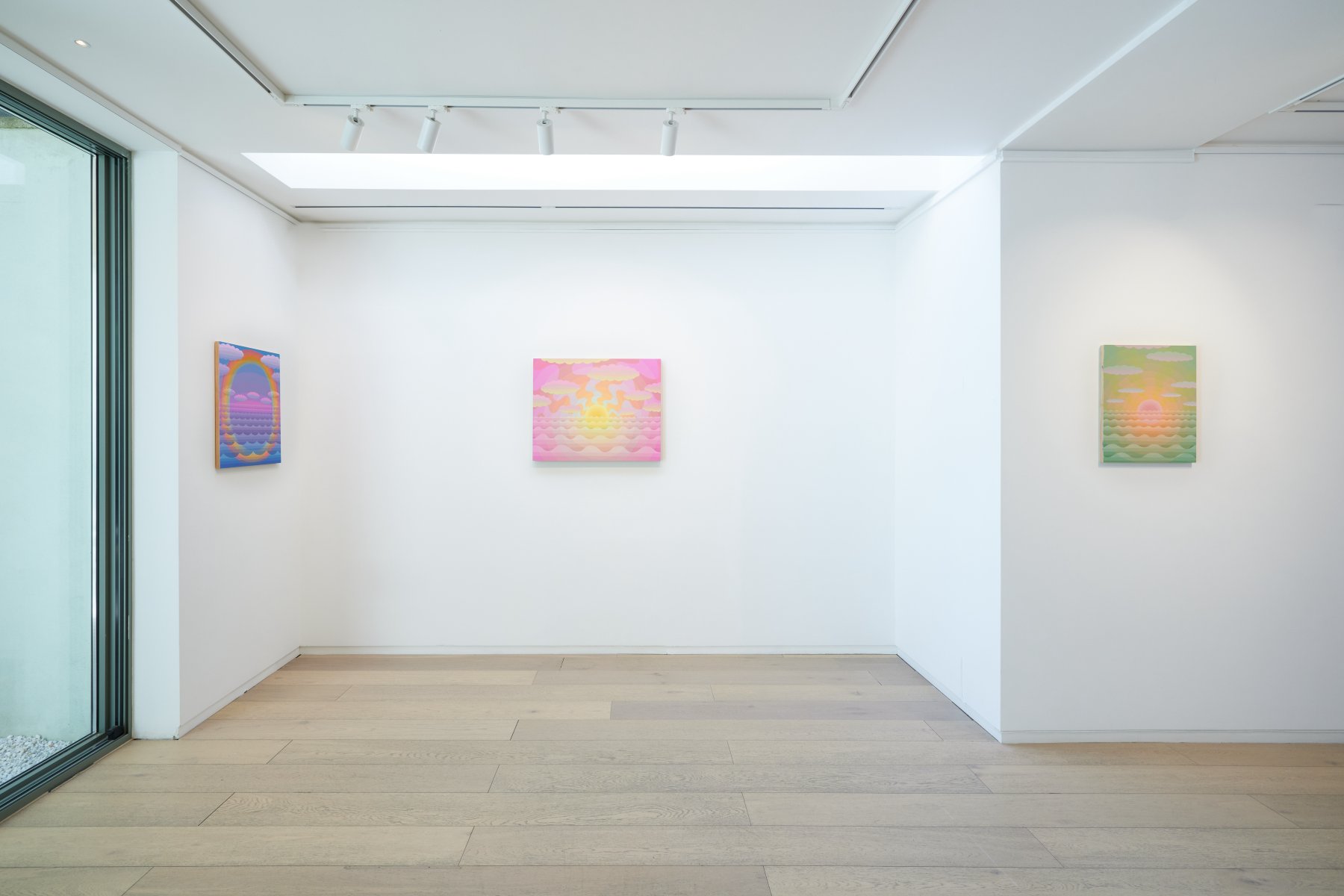 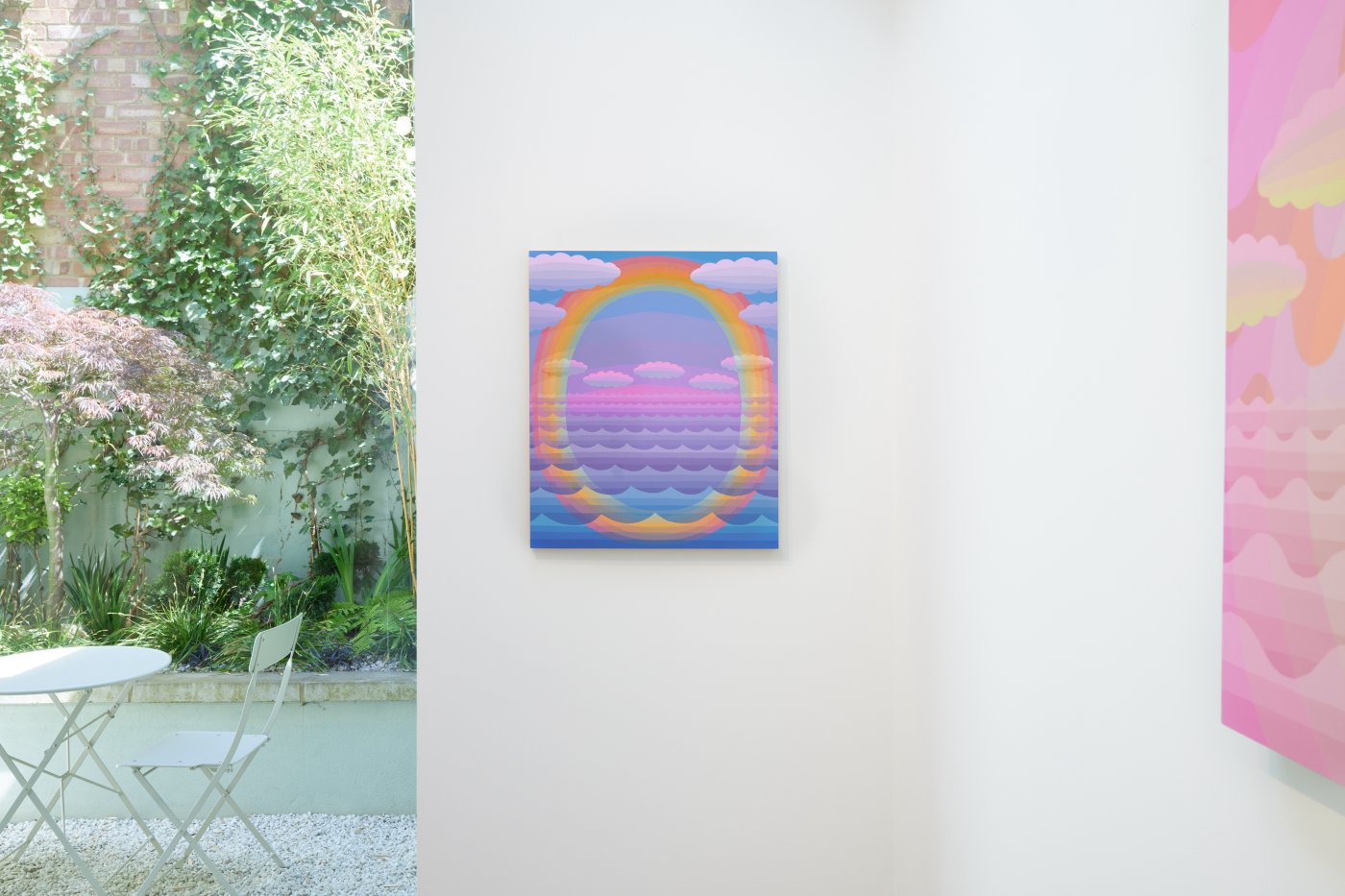 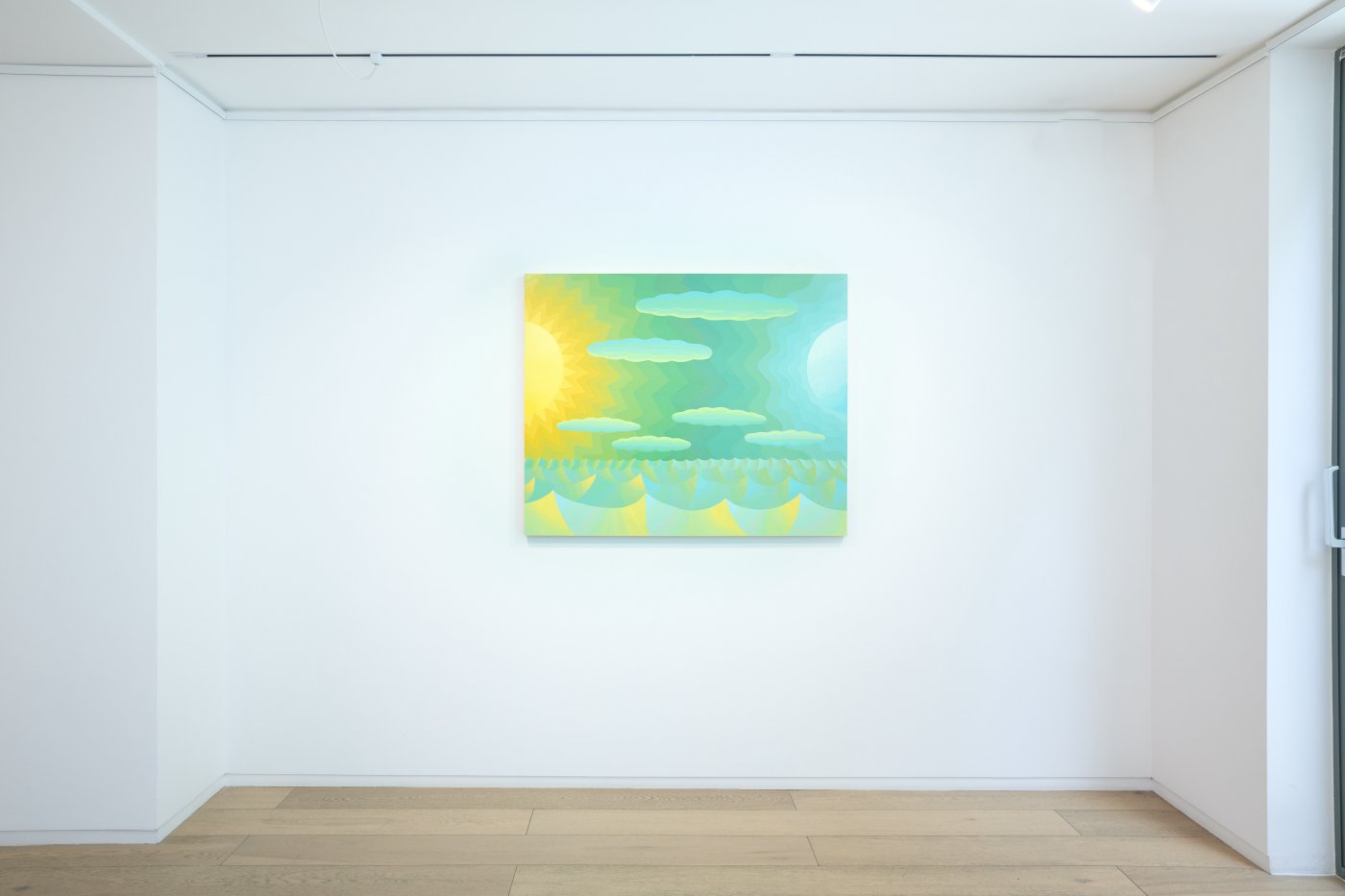 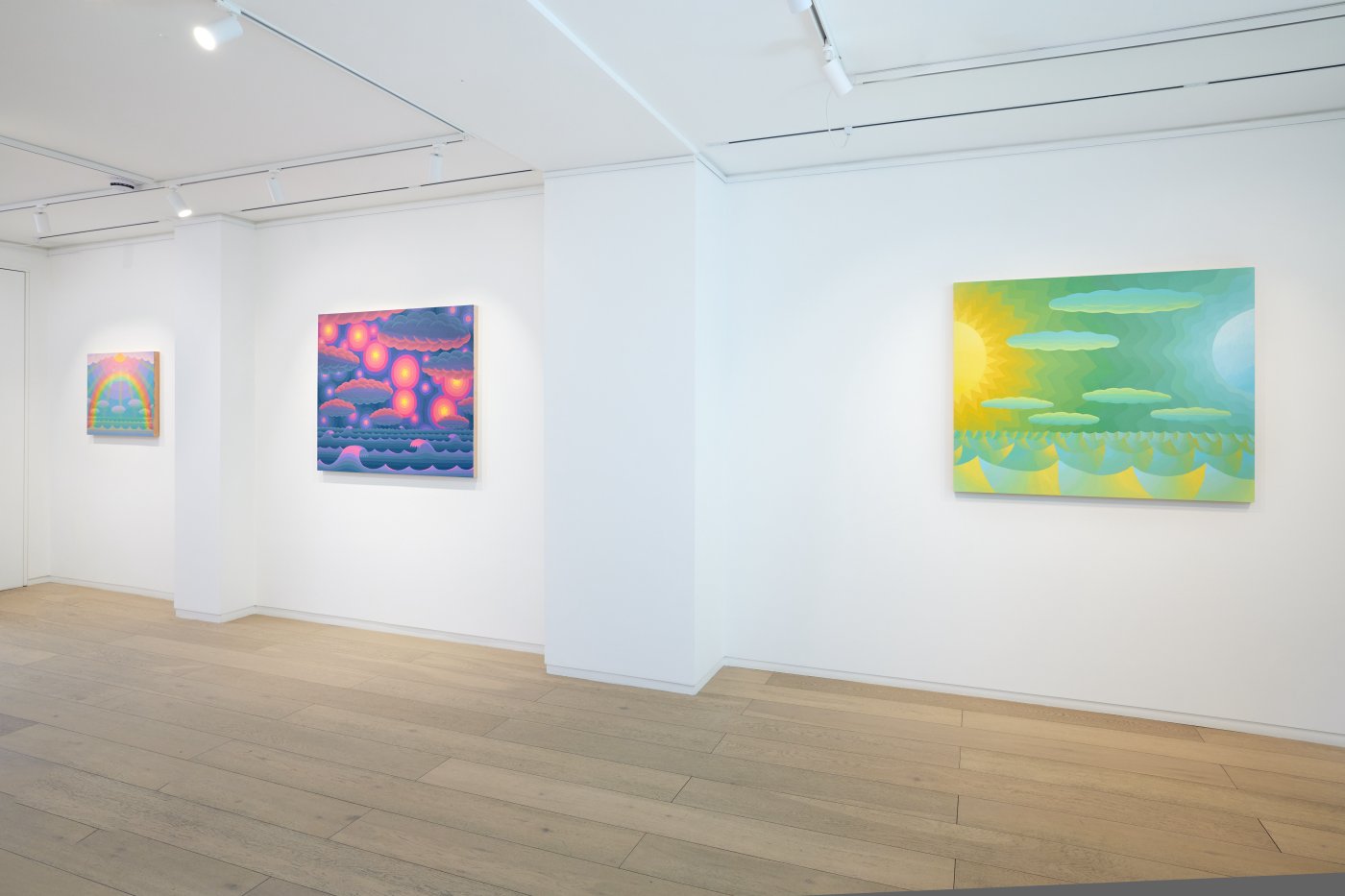 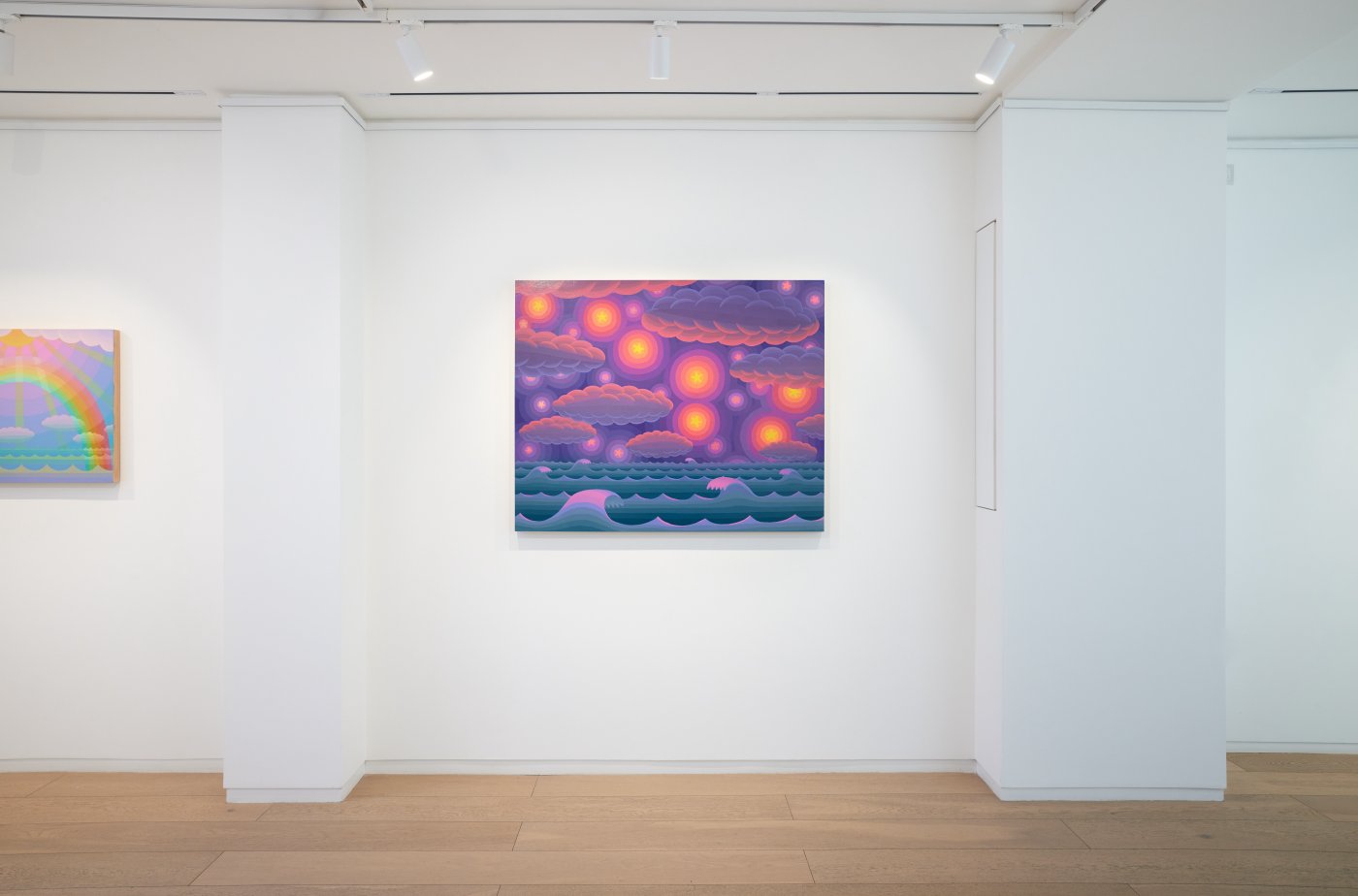 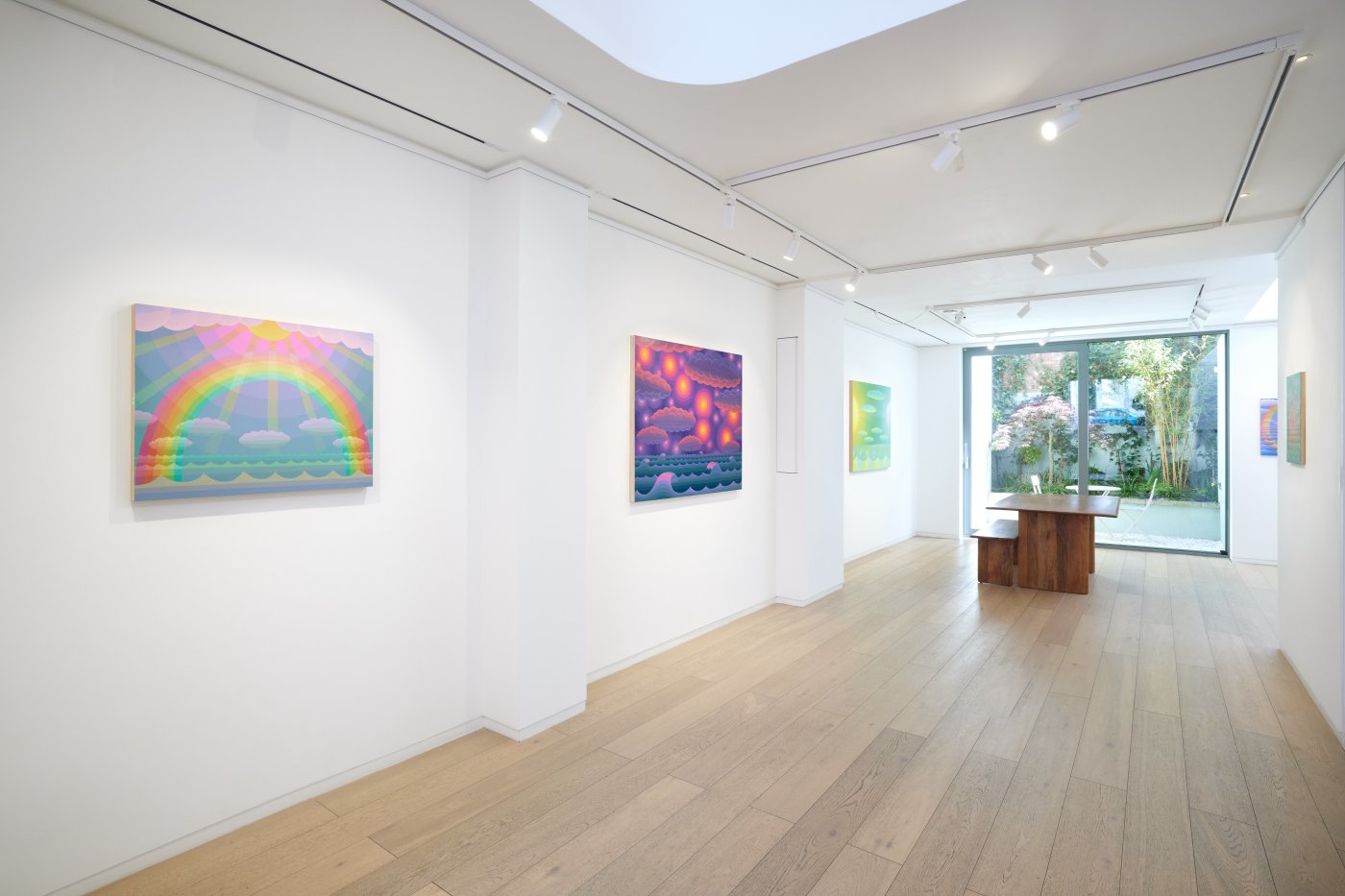 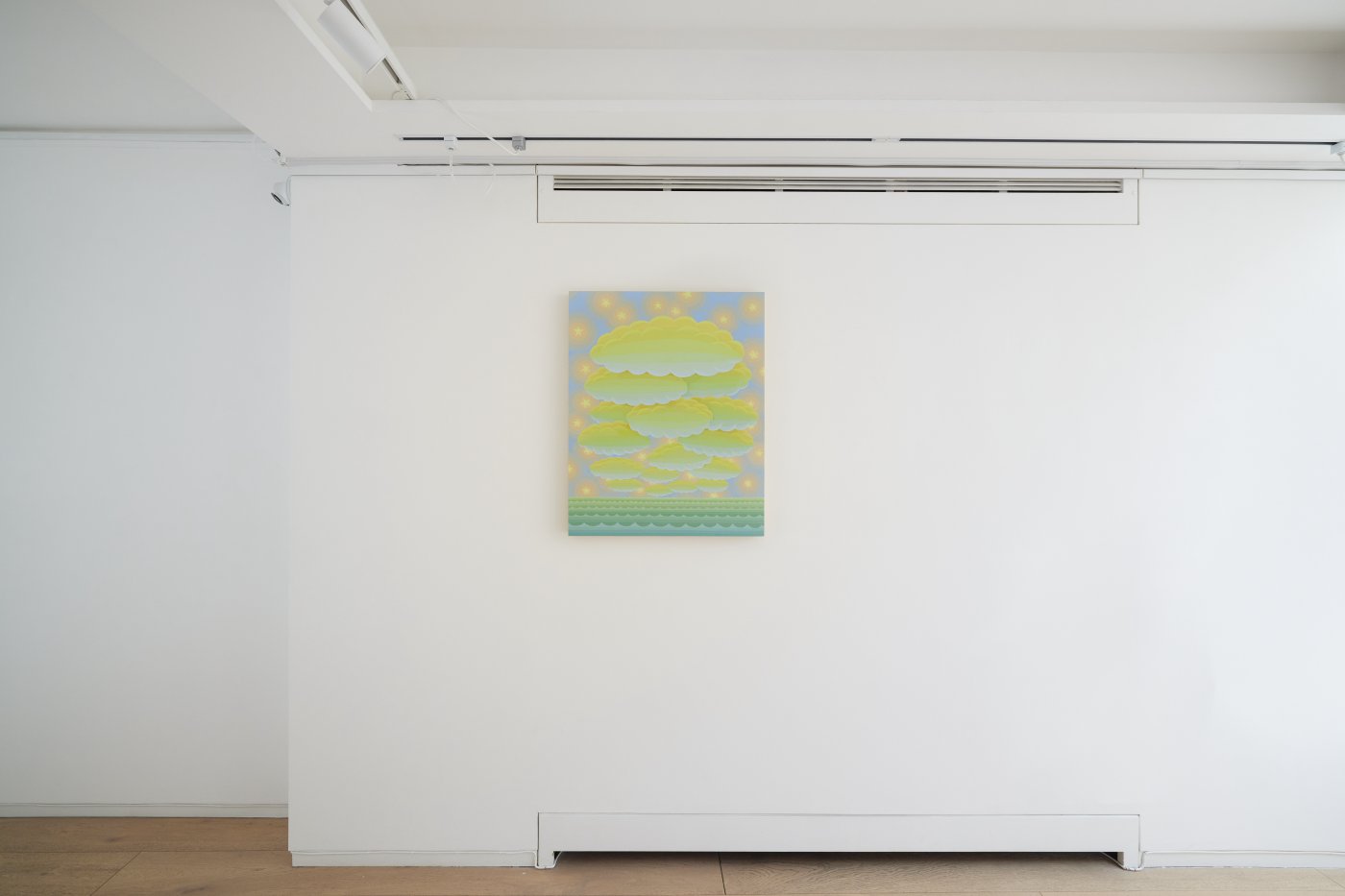 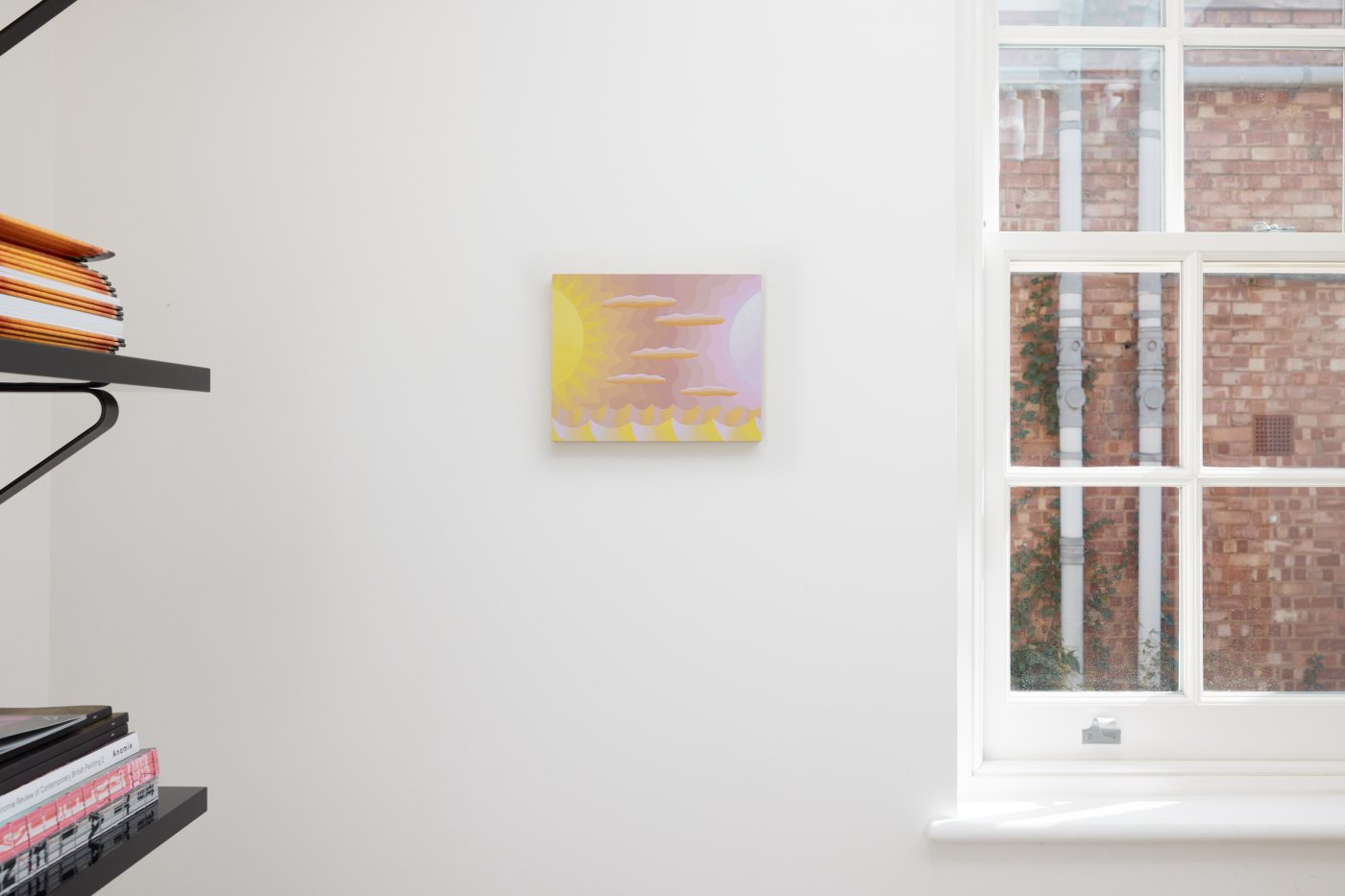 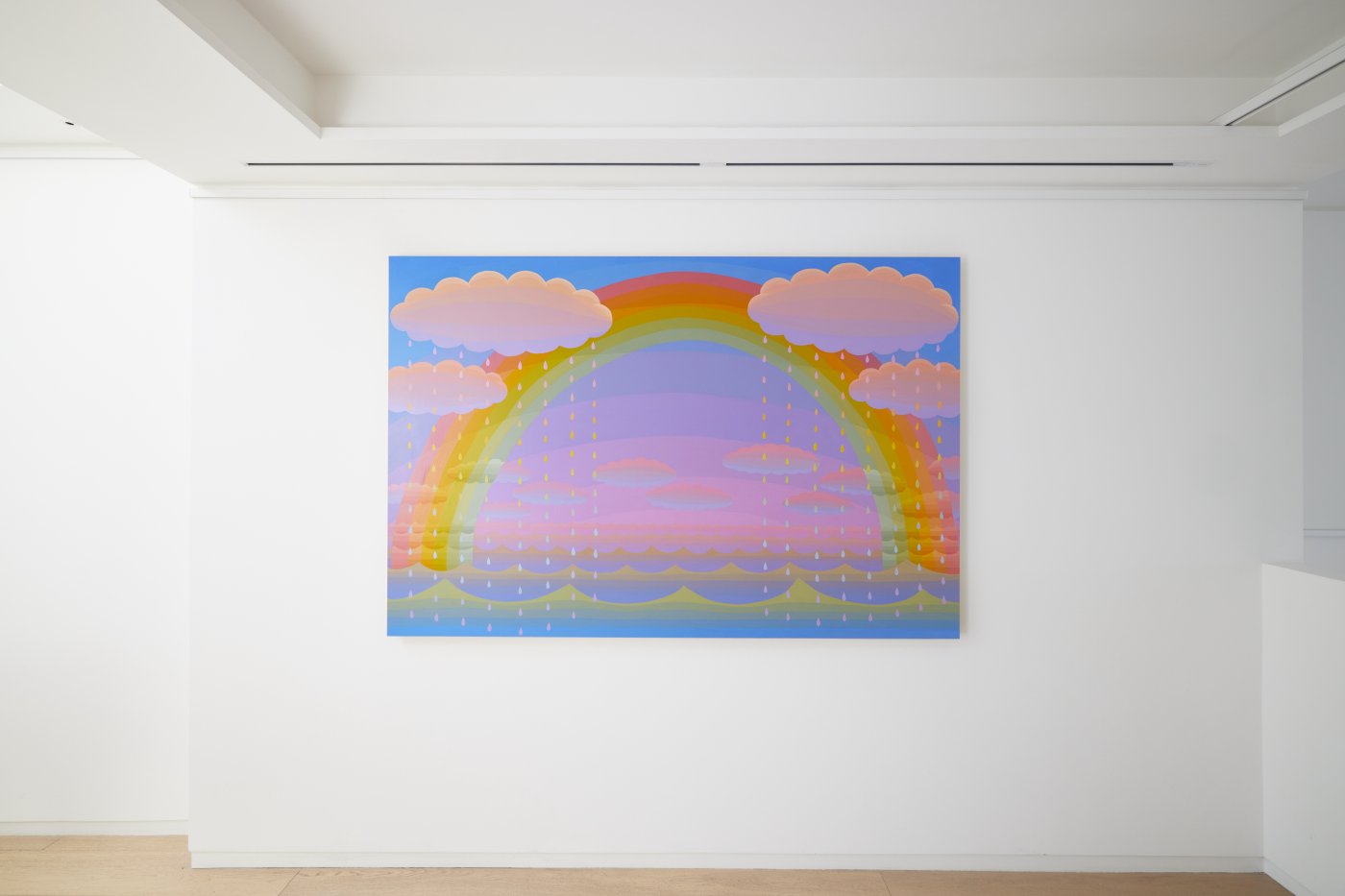 Amy Lincoln makes imaginative and intensely hued paintings of the natural world, in which sculpted clouds loom over star spangled skies, waves lap in strict formation across the ocean, and suns radiate palpable rays of vivid colour. For her first physical solo show with Taymour Grahne Projects, Lincoln created ten acrylic on panel paintings that depict water, weather phenomena, sunlight and rainbows in their most simplified forms. In these seductive, invented worlds, waves and atmosphere reflect or refract light and appear in any possible shade.

Colour combinations and interactions, as well as the bright light emitted by celestial objects and the Sun are highly significant and extensively explored themes in Lincoln’s practice. In Clouds & Stars, Yellow & Blue the viewer encounters a dreamy scene where meditative nature shades are used to describe the night sky. On the other hand, in Big Dipper the passage from light to dark is done using a rather obscure palette. In these intriguing colour experiments, the artist composes each image via a series of gradients, carefully transitioning from one hue to another, creating a matrix of flat shades that create the illusion of depth and motion.

An idea central to this body of work is that of transparency. With each element of the painting holding a different place in the depth of the composition, Lincoln’s works resemble complex and cleverly structured puzzles. Space is always somewhat flat, but still maintains some shallow depth and the distinction between what is behind and what is in front remains clear. In some of the paintings featured in the show, the rainbow is seen as an opportunity to depict atmospheric space, as well as to offer to the works a source of playful, childlike energy.

Amy Lincoln (b. Portland, OR) has had solo shows at Sperone Westwater and Morgan Lehman Gallery in New York and Monya Rowe Gallery in Saint Augustine, FL. She has also participated in group shows at New York galleries including Sargent’s Daughters, Regina Rex, Norte Maar, and Thierry Goldberg, as well as Geoffrey Young Gallery in Great Barrington, MA among many others. Amy has been awarded residencies such as the Wave Hill Winter Workspace program, the Inside Out Art Museum Residency in Beijing, and a Swing Space residency from the Lower Manhattan Cultural Council. She received an MFA in Painting from Tyler School of Art in Philadelphia, and a BA in Studio Art from the University of California, Davis. Her work is included in the Beth Rudin DeWoody collection. Amy lives and works in Glendale, Queens.