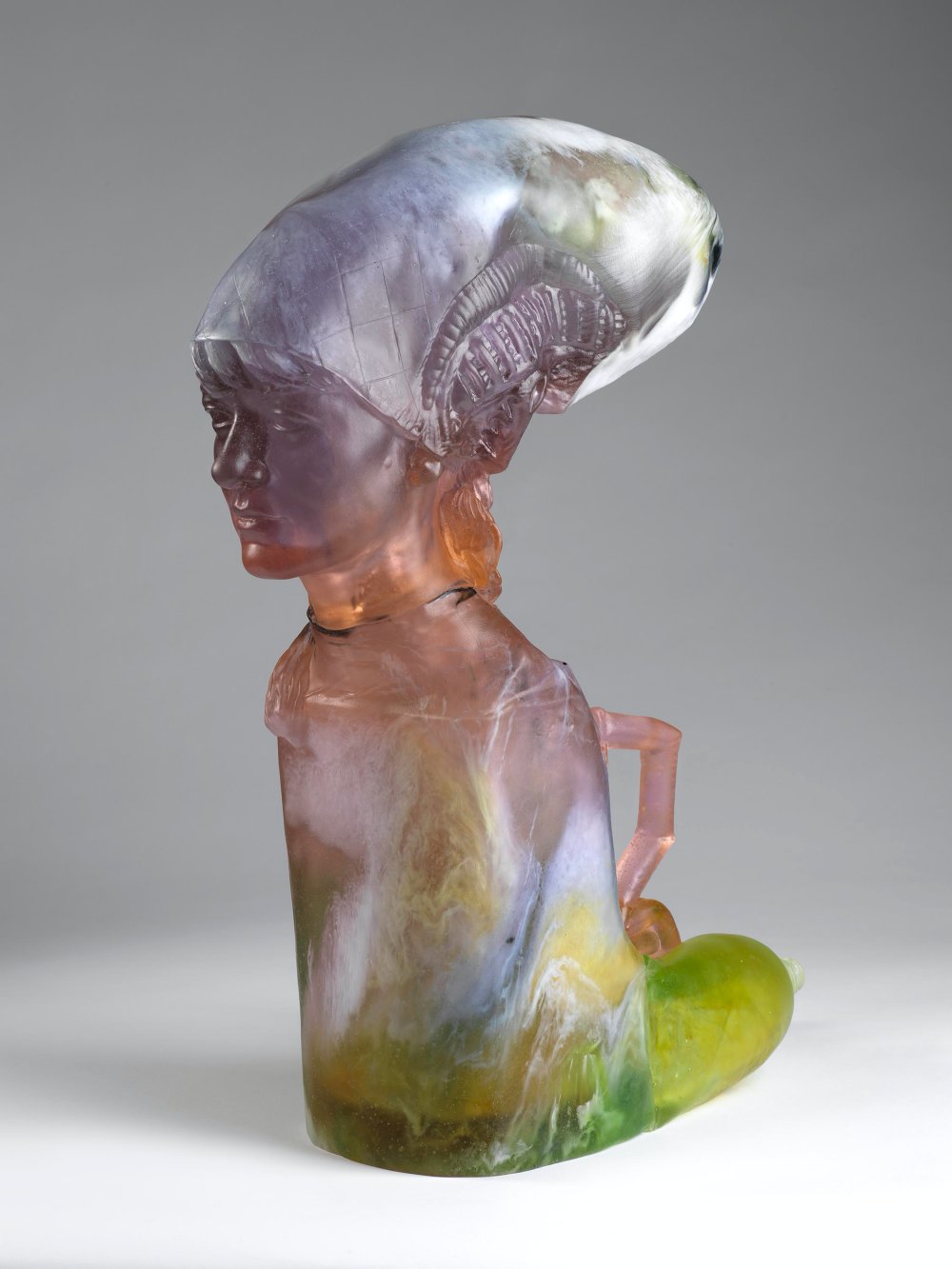 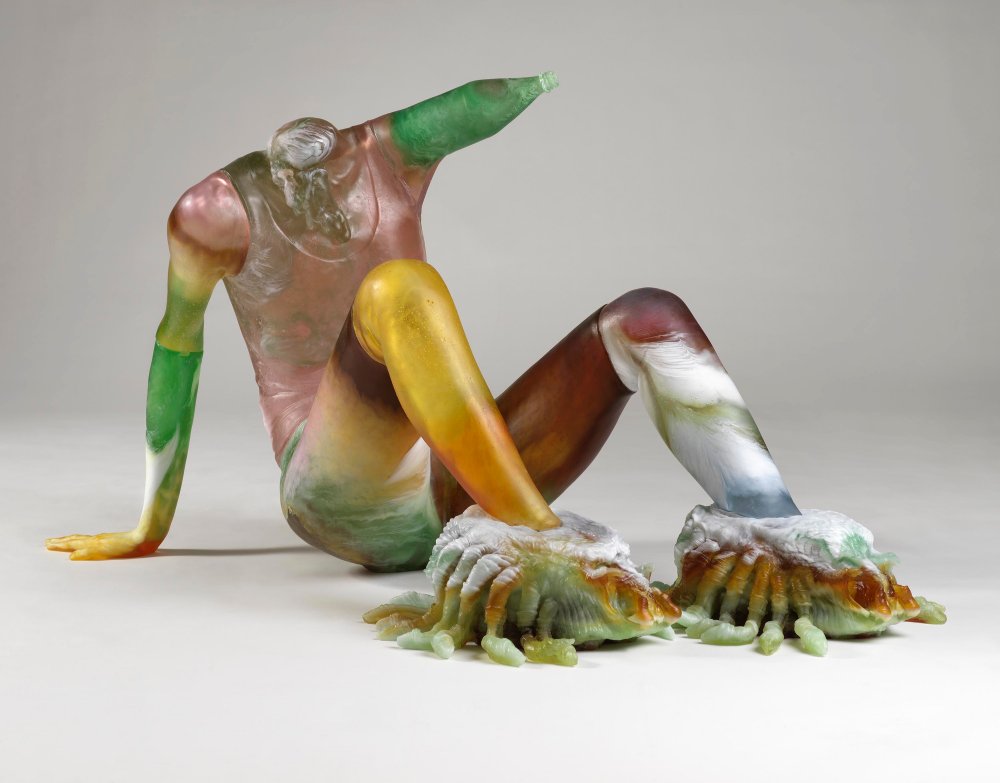 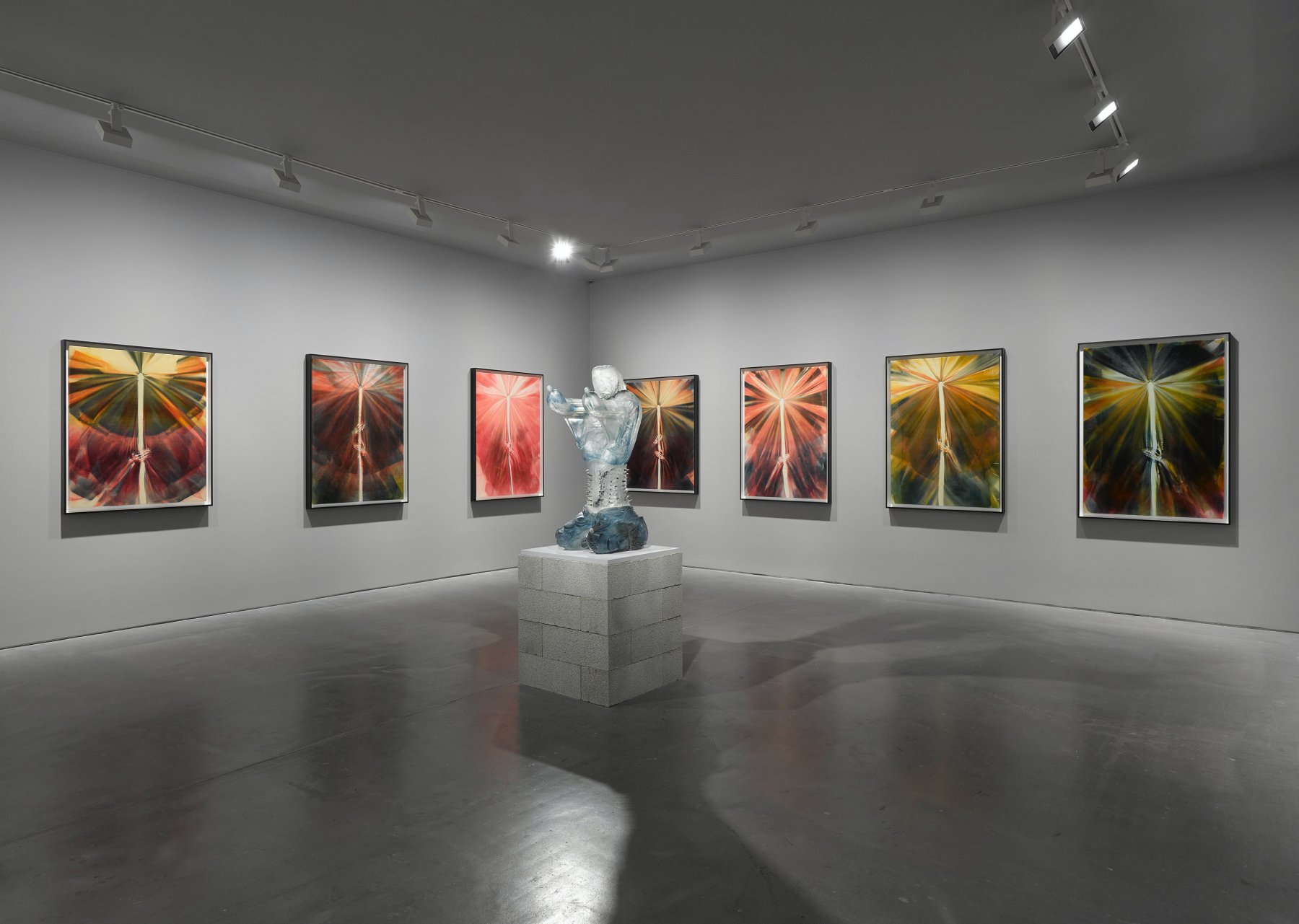 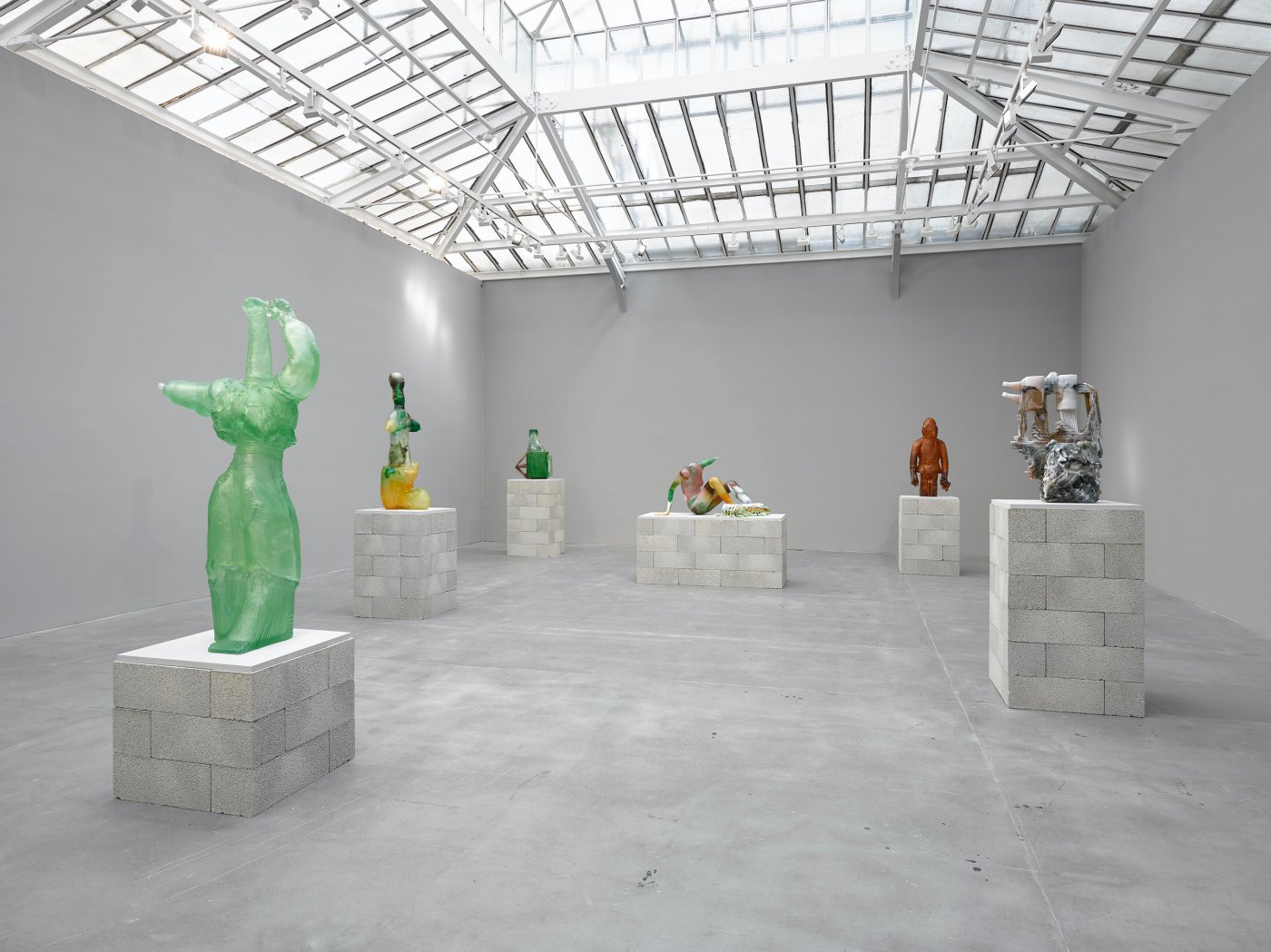 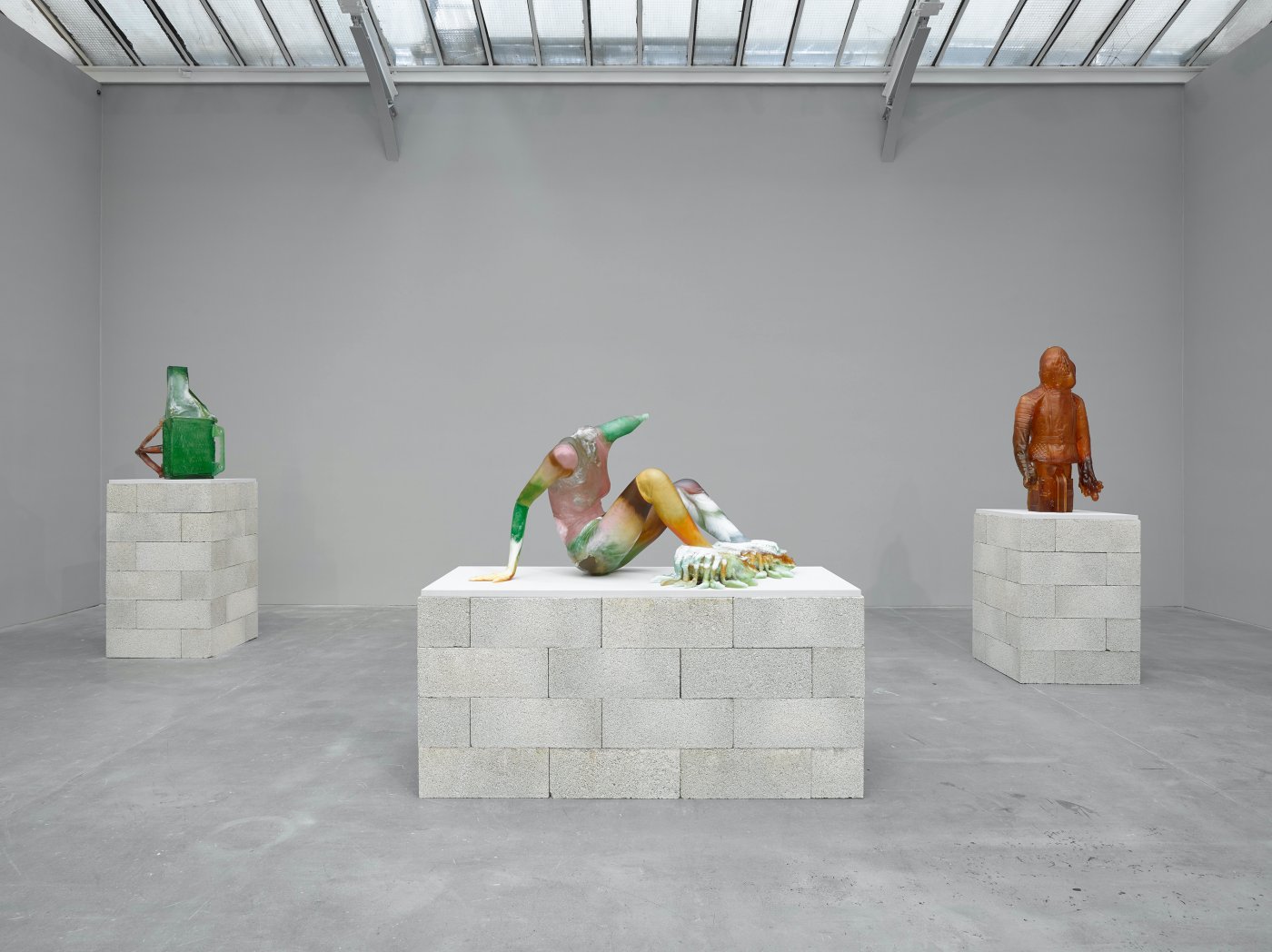 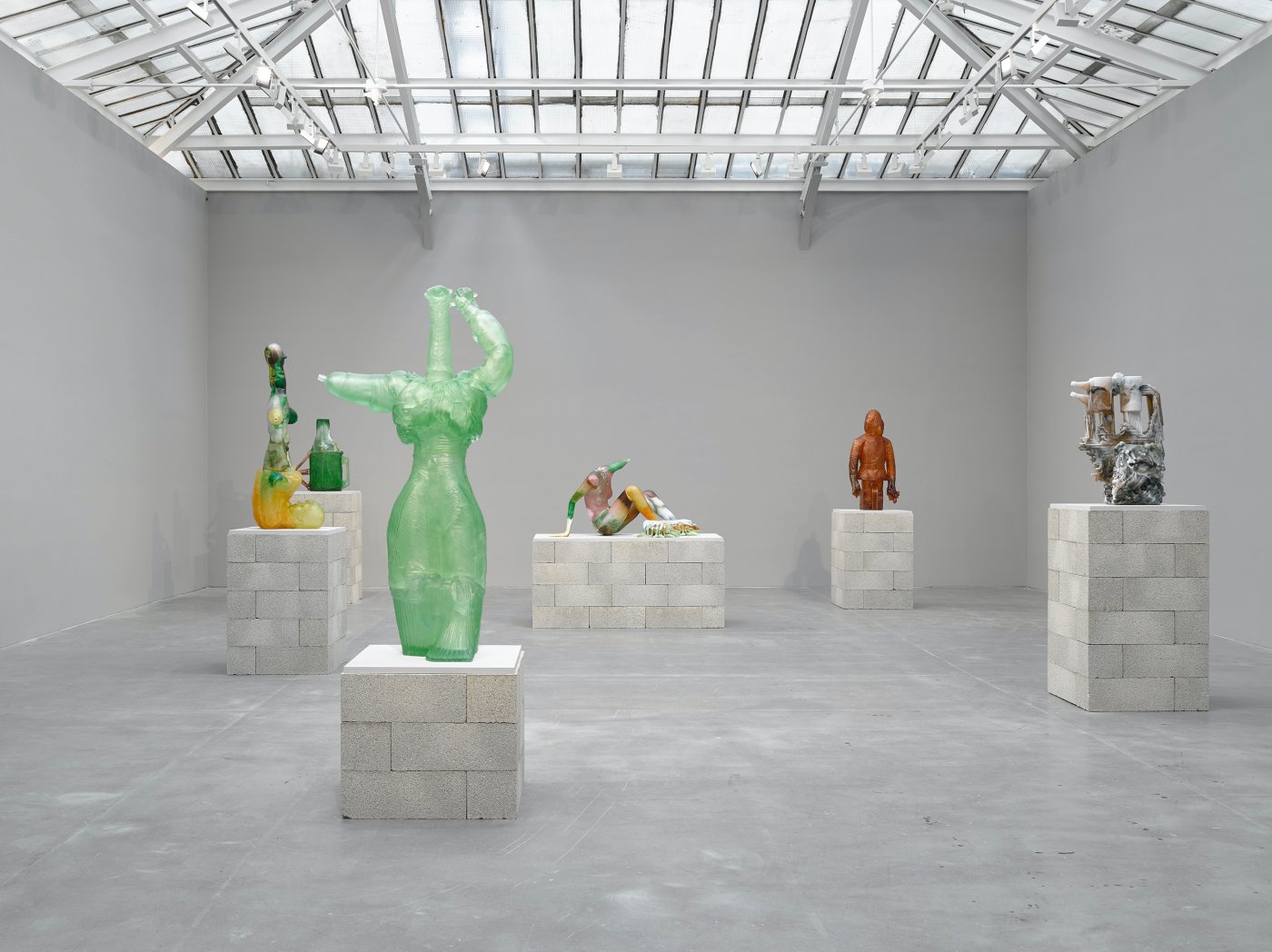 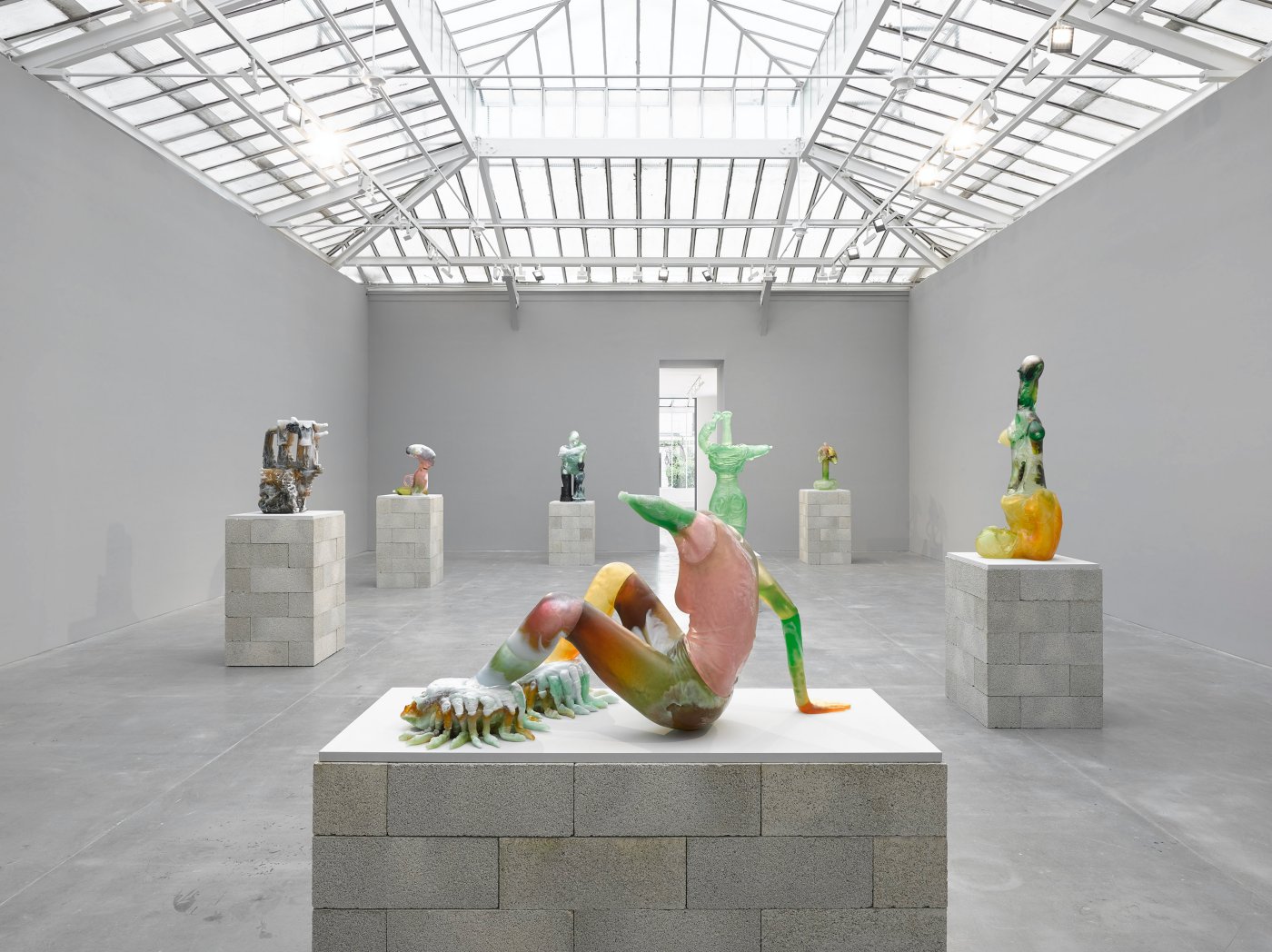 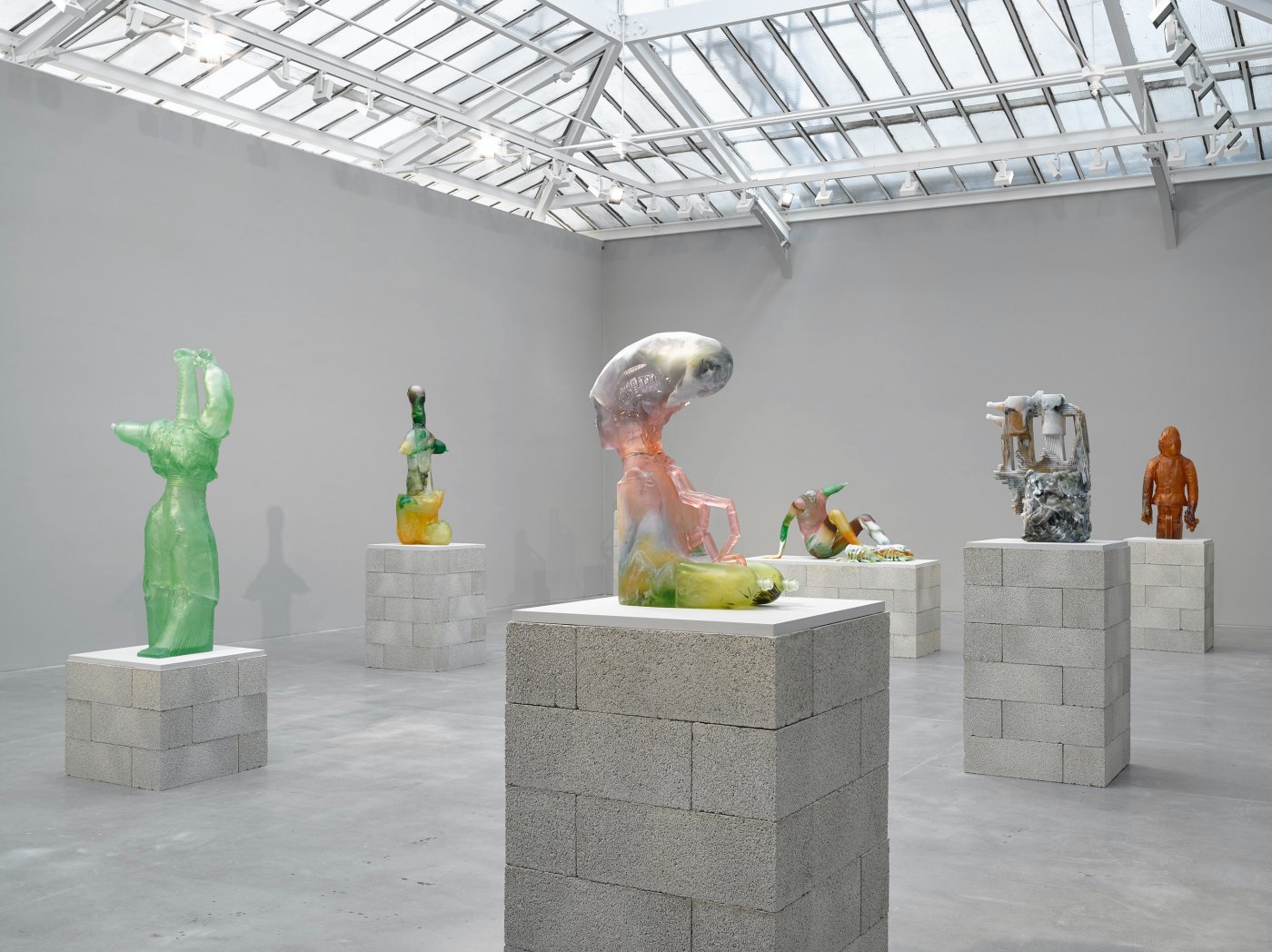 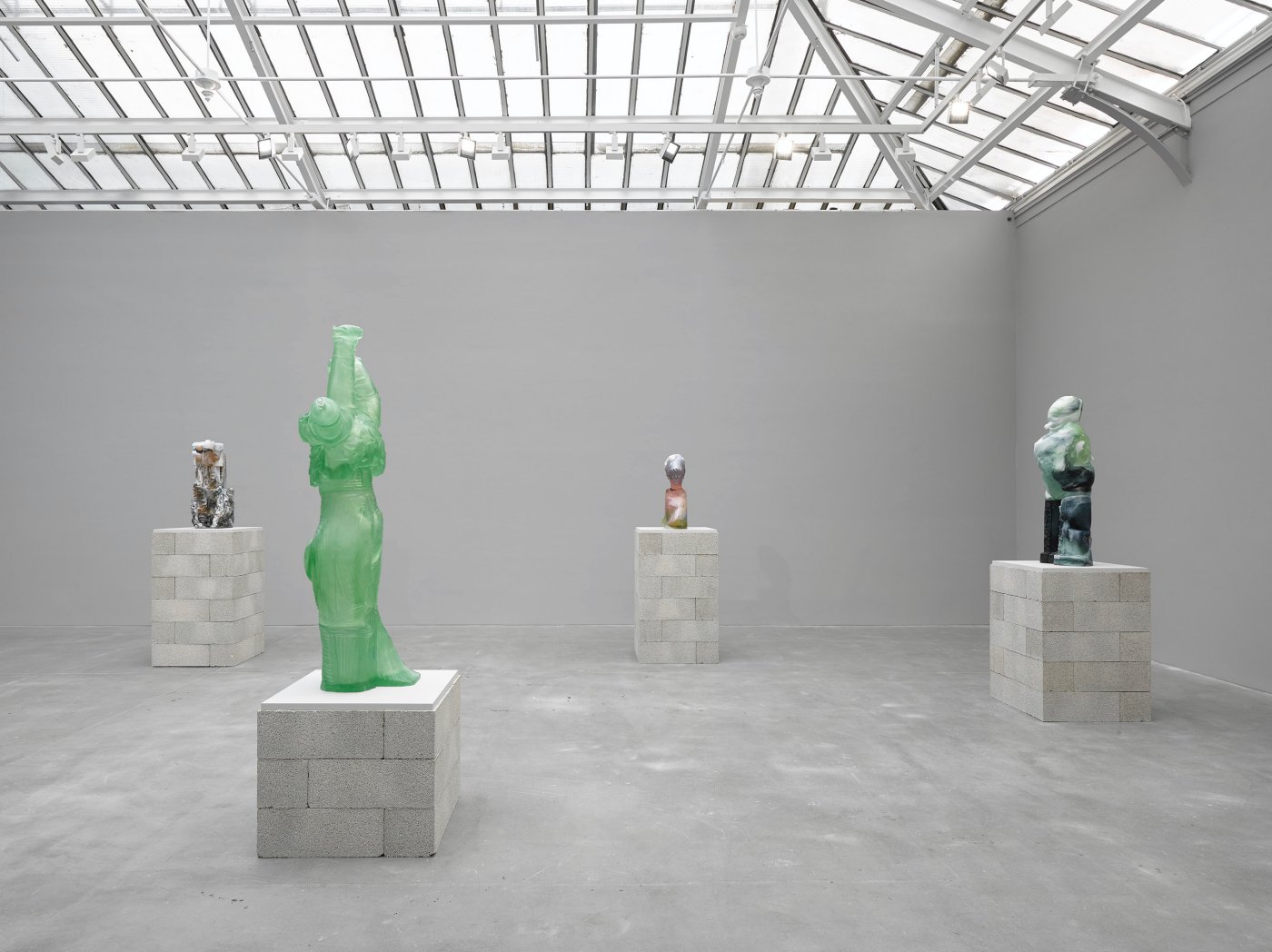 Over the past decade, Ursuţa has gained recognition for her inventive sculptural work that mines the darker undercurrents of contemporary society. Drawing from memory, nostalgia, art history, and popular culture and employing a variety of media, the artist transforms commonplace objects and materials into viscerally evocative sculptures and installations that give new, redemptive form to subjective experience.

The exhibition will feature a group of new cast-glass sculptures that build upon a body of work the artist debuted at the 58th Venice Biennale in 2019. To create these figures, Ursuţa pushes everyday objects to their conceptual and physical limits in an elaborate process of duress and transformation. Using traditional sculptural techniques and cutting-edge technologies, the artist combines 3D scans of casts of her own body with cheap Halloween costumes and props, BDSM garments, “void fill” packaging, plastic tubing, bottles, and other materials, finally casting these complex assemblages in luminous, semi translucent glass. Colored glass is slowly melted under high heat, adding a further element of risk to an inherently unstable, essentially fluid medium, sometimes creating a swirling, marbled effect, other times presenting a vibrant shock of liquid, molten color from within. The detailed surface textures and seams captured in the casting process further enhance the tensions between interior and exterior, hard and soft, and containment and openness that characterize these hollow figures, viscerally identifiable as stand-ins for the human body, while also functioning as physical and metaphorical vessels.

Also on view will be a series of new photograms on velvet that further expand upon notions of chance and transformation. Made using Halloween props in an analog process, these works blur the indexical and projective functions of photography. Collectively titled Post Hope, they appear to depict a skeletal arm (in some cases two arms) holding up a radiant staff and vary in their arrangement and color composition from work to work. However, the imagery remains deliberately ambiguous—the rays emanating from the torch-like form perhaps suggest hope piercing the darkness, yet can also be read as an ominous memento mori. Apparition-like, the image seems to emerge like a vision on the surface of the velvet, recalling the tricks of nineteenth-century spirit photography, or even acheiropoieta—religious icons that supposedly appear as though made without hands—while the skeletal form alludes to the historical trope of the triumph of Death, immortalized in the work of Pieter Bruegel the Elder and others.

As the artist has noted, “The throwaway, cheap props that the culture uses to express its fear … I love that they are disposable, that they’re kind of like trash, but then, through these very elaborate processes, I can turn them into something that’s going to last.… That’s the idea, to take something very low culture and treat it with reverence.”(1)

Andra Ursuţa was born in 1979 in Salonta, Romania, on the Romanian-Hungarian border, and left for the United States in 1997. She moved to New York in 1999, and received a BA in art history and visual arts in 2002 from Columbia University, New York.

In 2018 to 2019, a solo exhibition of the artist’s work, Andra Ursuţa: Vanilla Isis, was presented at the Fondazione Sandretto Re Rebaudengo, Turin. Andra Ursuţa: Alps marked the artist’s first museum show in New York, which was on view at the New Museum in 2016. Ursuţa’s work has been the subject of solo exhibitions at prominent venues internationally, including the Kunsthalle Basel (2015); Institute of Contemporary Art, Miami (2014–2015); Hammer Museum, University of California, Los Angeles (2014); Kölnischer Kunstverein, Cologne (2014); and the Peep-Hole Art Center, Milan (2014). Ramiken Crucible, New York, presented the artist’s first solo exhibition, Andra Ursuţa: The Management of Barbarism, in 2010.