Hauser & Wirth Southampton presents ‘Annie Leibovitz. Wonderland,’ an exhibition of photographic prints selected by the artist from her acclaimed body of work made over the past two decades. 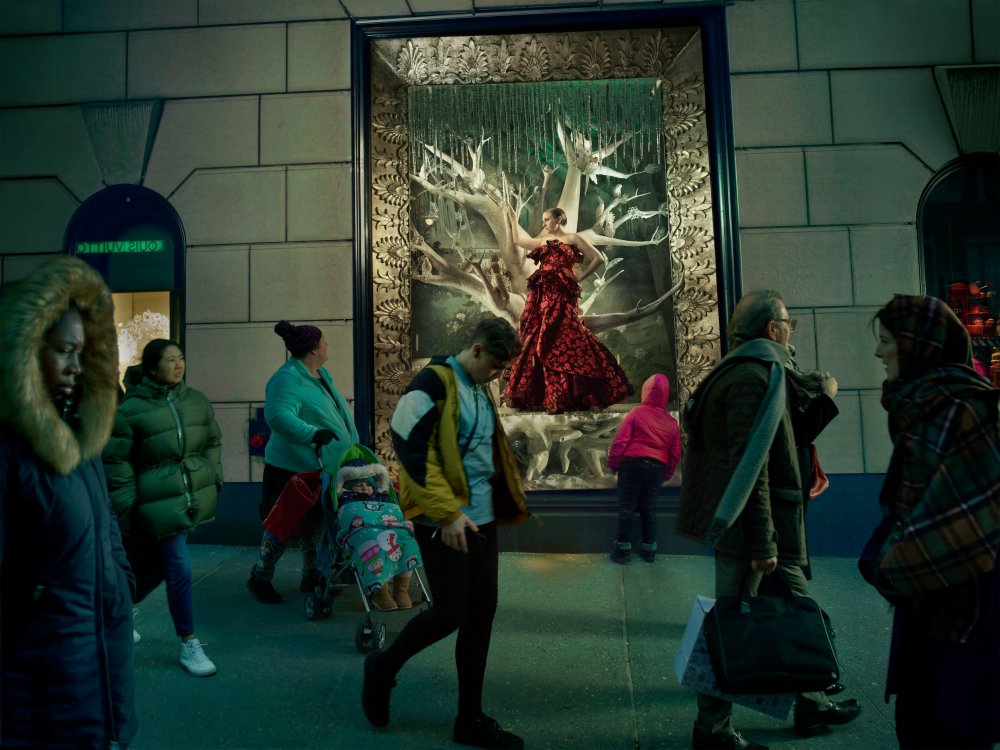 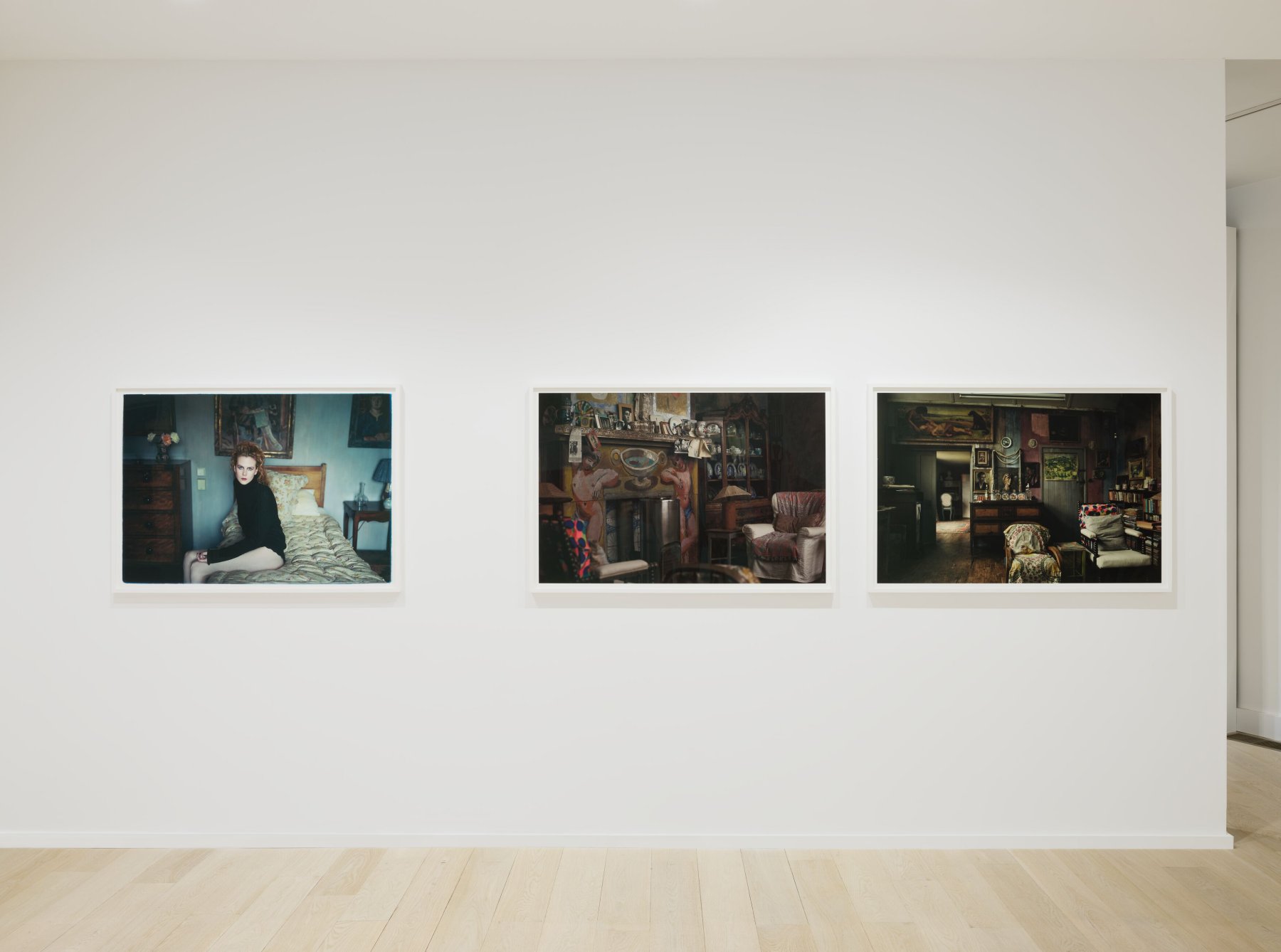 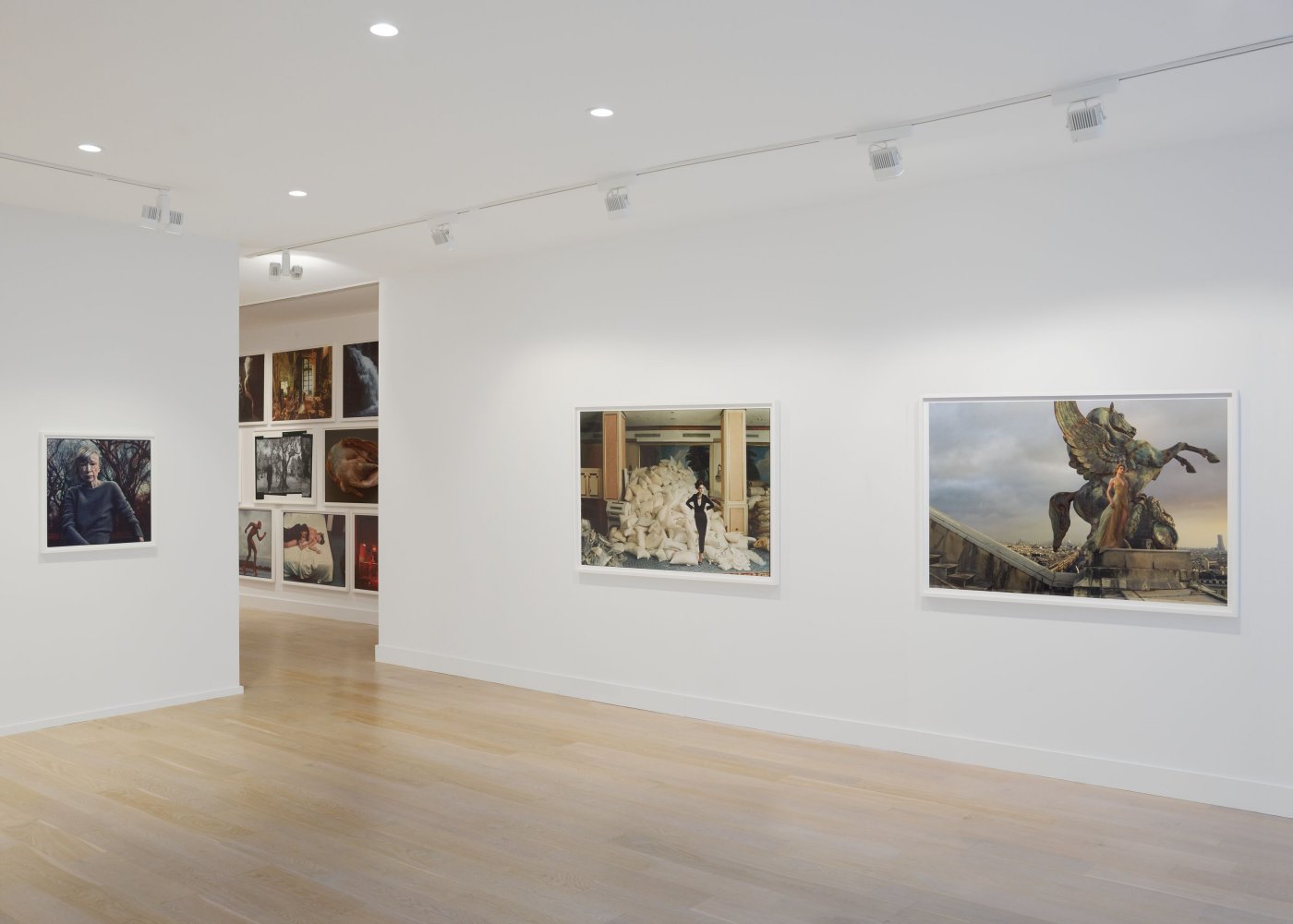 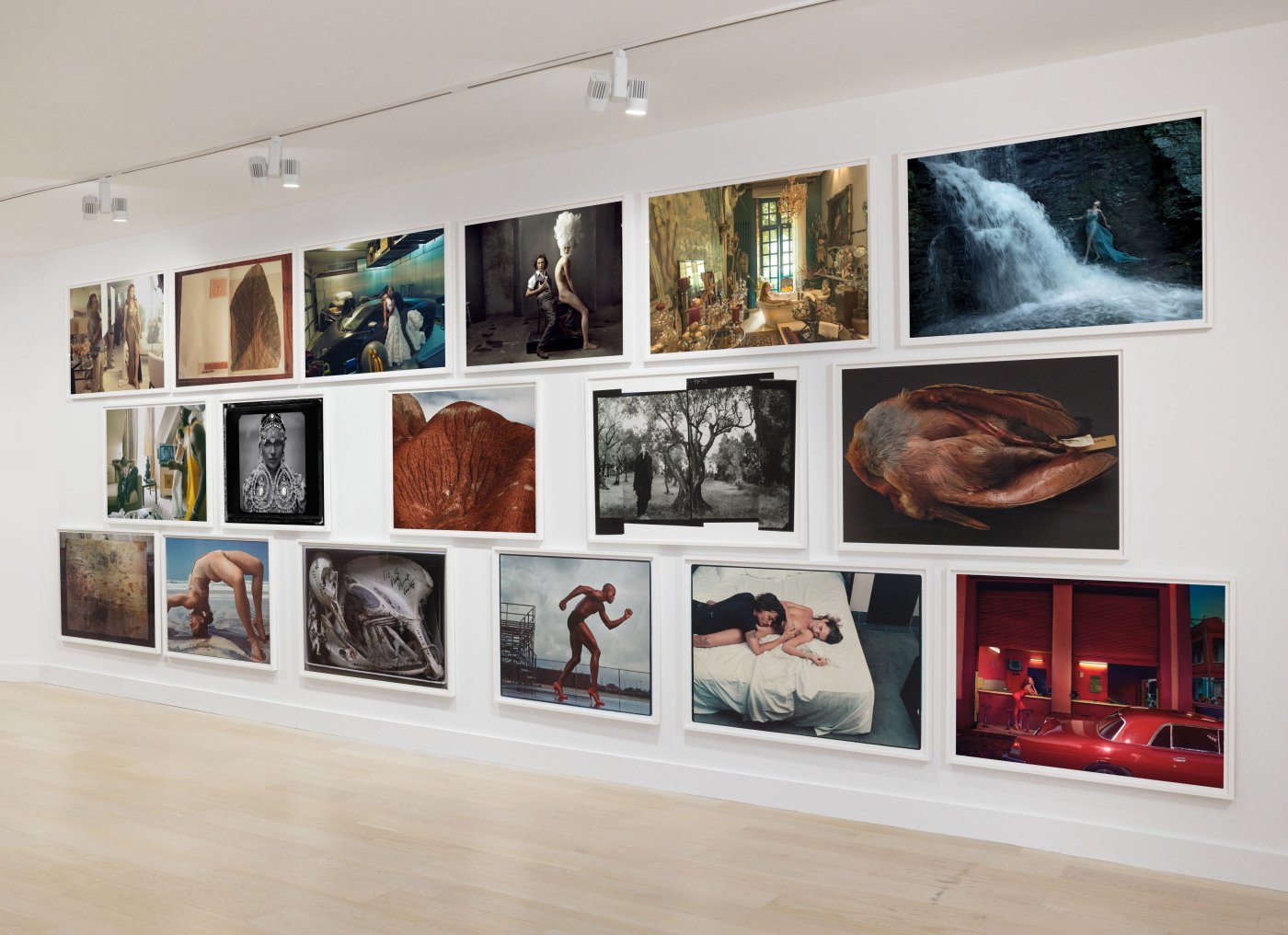 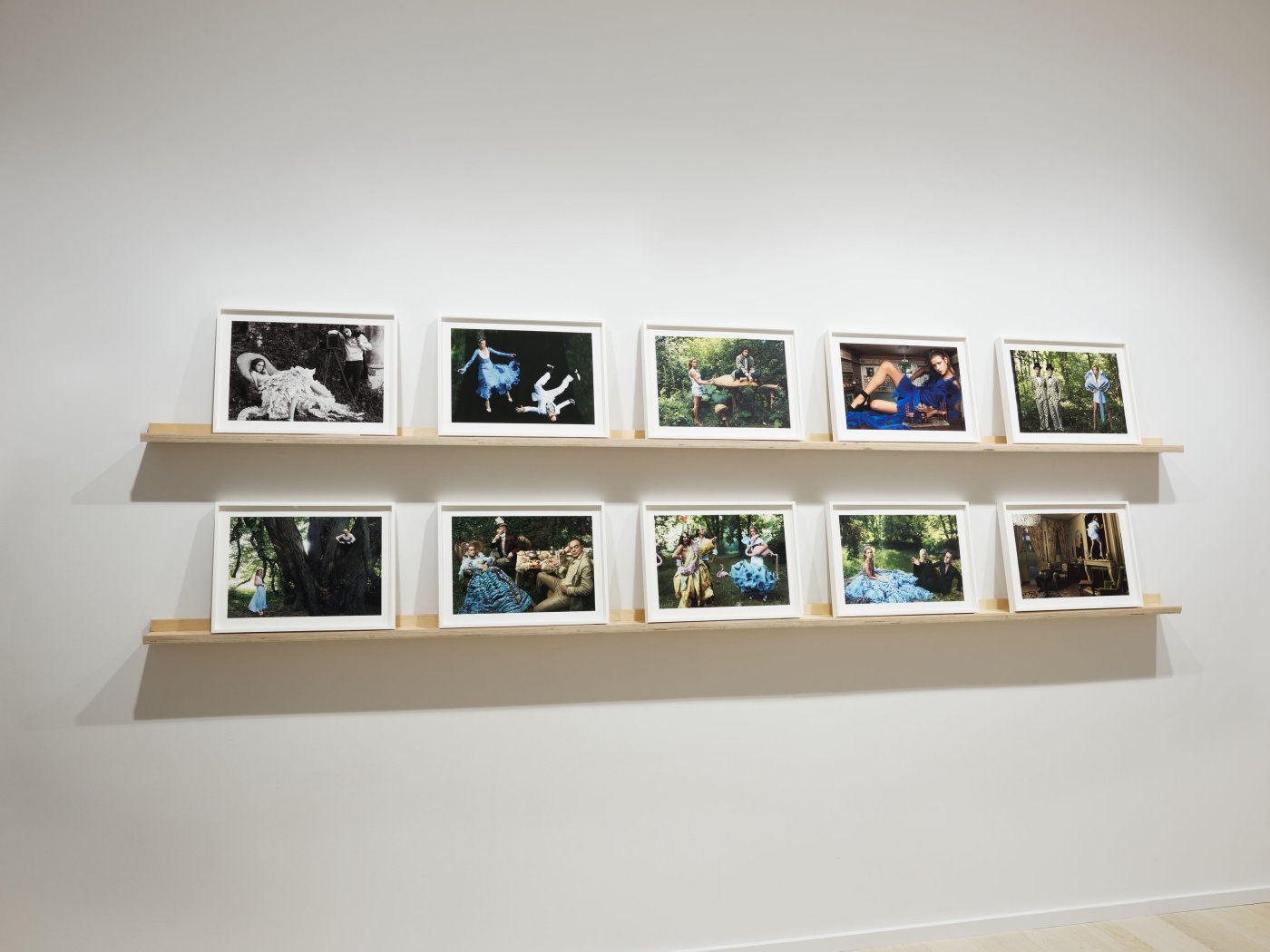 This presentation focuses upon work made since the 1990s, including fashion photography shot on assignment that, in the artist’s words, ‘revealed surprising avenues to portraiture.’ The exhibition offers fresh insight into the depth and breadth of Leibovitz’s unique artistic vision via fashion, landscape, and interior tableaux. ‘Wonderland’ is the first exhibition to showcase these images together in a single space, with many of the works having not been presented since their original publication.

Leibovitz’s work makes use of visual references drawn from a wide range of sources – from literature and film, to the history of photography and the long tradition of formal portraiture within the history of art. On view in the exhibition, her portrait of sculptor and installation artist Rachel Feinstein, originally shot for ‘Vogue,’ shows the sitter as both muse and mother in a way that highlights the dualities of female experience. In this intimate image, Feinstein’s small daughter meets the viewer’s gaze directly, in much the same way as her mother’s, in a composition that recalls and recontextualizes such historical paintings as Jean Auguste Dominique Ingres’s 1840 masterpiece ‘La Grande Odalisque.’

The exhibition also includes key images from Leibovitz’s first couture shoot in Paris for ‘Vogue,’ which featured Kate Moss and Sean Combs in a visual narrative that straddled two dramatic worlds: rap culture and high fashion. In scenes from another ambitious shoot for ‘Vogue,’ Leibovitz paid homage to the 1865 English children’s novel ‘Alice’s Adventures in Wonderland’ – better known as ‘Alice in Wonderland.’ Created in collaboration with the magazine’s fashion editor Grace Coddington, this series cast model Natalia Vodianova in the role of the curious child Alice, with designers Olivier Theyskens as the book’s author, Lewis Carroll, Tom Ford as the White Rabbit, John Galliano as the King of Hearts, Christian Lacroix as the March Hare, Stephen Jones as the Mad Hatter and Jean Paul Gaultier as the Cheshire Cat, among others. This series positions Leibovitz distinctly within a specific lineage of formal portraiture in which artists’ sitters have assumed historical or literary personae and dressed in costume, hinting at unseen aspects of their identities, or reflecting upon their societal contexts.

Clothing and accessories have played an essential role in both the formal construction of image and the conveyance of personality throughout Leibovitz’s oeuvre, a fact she reflects on in her preface to the new book ‘Annie Leibovitz: Wonderland,’ to be released by Phaidon on 18 November. She writes, ‘Looking back at my work, I see that fashion has always been there. It is the driving force in a portrait – whether it is Jerry Garcia in a black T-shirt, or Patti Smith in the much-imitated style that has endured for decades, or the Rolling Stones…Fashion plays a part in the scheme of everything, but photography always comes first for me. The photograph is the most important part. And photography is so big that it can encompass portraiture, reportage, family photographs, fashion. There are so many ways to use photography…I’ve never thought of myself as a fashion photographer, but my work for ‘Vogue’ fueled the fire for a kind of photography that I might not otherwise have explored.’