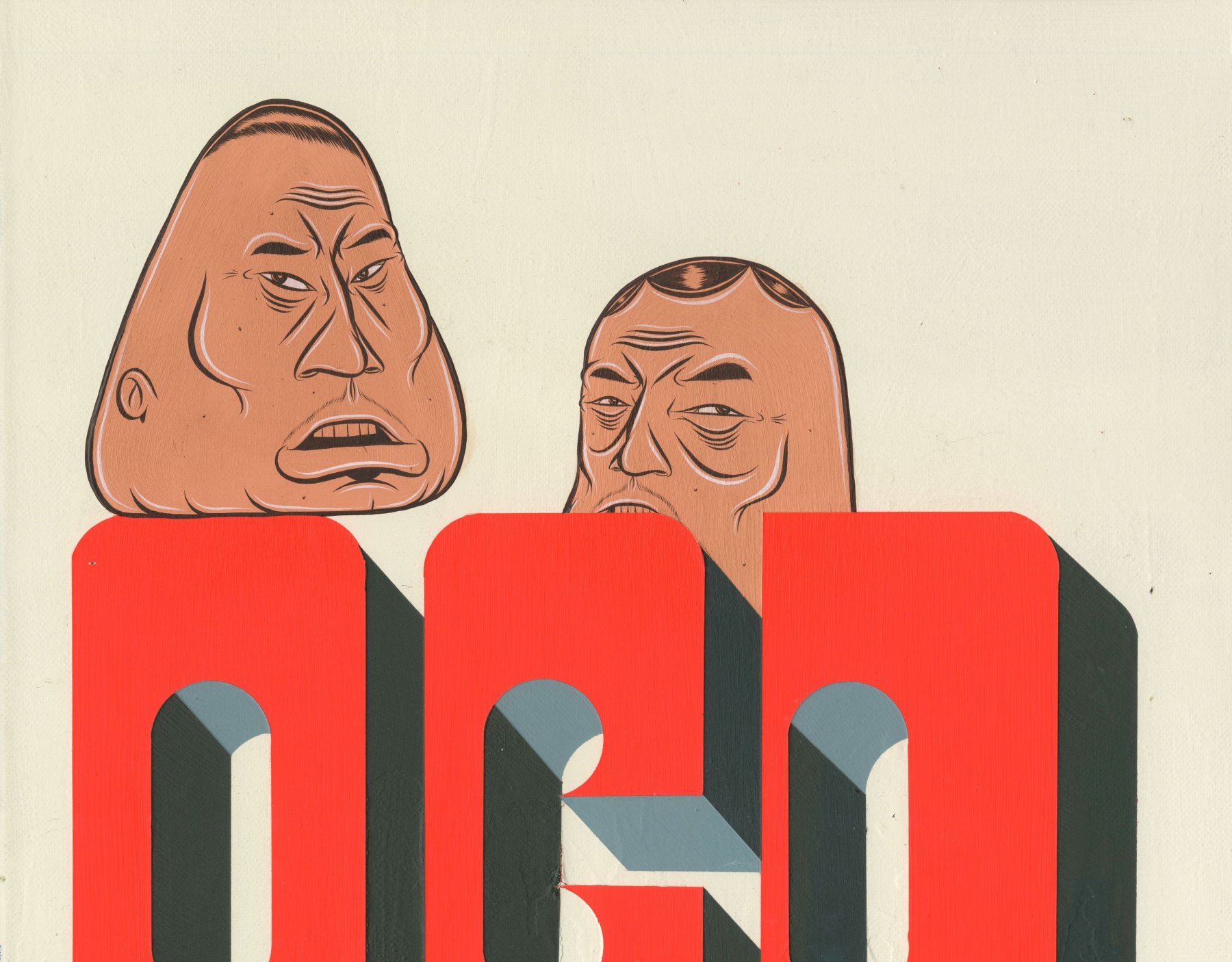 Following in the footsteps of Jean-Michel Basquiat and Keith Haring, Barry McGee is the most important of the second generation of artists to have emerged from the graffiti and street art scene. His work has had an enormous influence on other artists working in both the street and fine art contexts. McGee’s signature style, evasive and fluid identity, and anti-establishment ethos have inspired countless young artists around the world. Along with his former partner, Margaret Kilgallen, McGee has had considerably more success than any other artist of his generation in breaking the street/museum barrier, even more so than the much-hyped stencil artist, Banksy. McGee’s mid-career survey, which I co-organized, with Dena Beard, for the UC Berkeley Art Museum and Pacific Film Archive traveled to the ICA Boston and his work has been featured in solo exhibitions at UCLA’s Hammer Museum; Fondazione Prada, Milan; and the Watari Museum of Contemporary Art, Tokyo; among other highly regarded venues.

While McGee is widely exhibited in museums and regularly included in American college and university art history and cultural studies courses, there is a surprising dearth of academic writing about his work. Aside from museum catalogs, there are no published academic studies focusing solely on McGee’s art. His absence from academic scholarship is difficult to fathom. McGee is an ethnically diverse, academically trained artist—with a degree in painting and printmaking from the San Francisco Art Institute—whose work touches on themes of gender, identity, community, and capitalism: how much more relevant can an artist be? Perhaps his absence from the art historical record is simply a matter of this chronically conservative discipline taking its typically glacial time catching up with the present and recent past. Or perhaps, his unwillingness to abide by norms, write jargon-ridden artist statements, and politely enact the latest academic theory has left him out in the academic cold. I doubt that he cares.

Academics aside, there is no question that McGee has exerted a powerful influence on international contemporary art. Learning of his work more through zines and other underground channels—as well as periodic gallery and museum exhibitions—than through journal articles or books, artists around the world have emulated his approach to boundary crossing, shape-shifting, and maximalist multi-media methods. His work has been especially inspiring to artists in the ways he blurs the boundaries between art and life, embracing the social aspects of tagging and surfing cultures as integral to the generation of his work. Better known outside the artworld by his tagging moniker, “Twist,” McGee’s seamless transition between graffiti-surfer culture and the fine art world has introduced an all-inclusive approach to a post-Warhol generation.

Indeed, McGee’s career echoes Warhol’s in a number of ways. Both of them turned away from middle-class, immigrant backgrounds to enter American micro-cultures in which non-normative behaviors were embraced and difference celebrated. Both used art to create an enhanced, alluring version of the micro-cultures they inhabited. As if by acts of sheer will and self-possession—and by harnessing the glamorizing power of art—Warhol and McGee transformed outsiders into insiders. Each was faced with, and brilliantly responded to, the irony of being embraced by the very mainstream from which they fled.

In contrast to Warhol’s fawning admiration for celebrities and socialites, however, McGee is unreservedly anti-establishment in his outlook, refusing to conform to standard artworld models and expectations. Yet, in a wry twist, McGee injects a healthy dose of fine art virtuosity into his counter-culture posture. There is, in fact, extraordinary acumen and sensitivity to his “hand,” a remarkable fluidity and expressiveness to his line, and a keen grasp of color and form in his powerful abstractions. It’s certainly true that there are many graffitists –virtually all of them anonymous or known only by their street tags–with highly accomplished and remarkably inventive approaches to color, line, and form. Indeed, this remains one of the neglected aspects of street art, which is typically celebrated more for its social aspect than for its aesthetic contributions. What differentiates McGee even from the best of his graffiti-writing peers, is an approach that is mindful—albeit off-handedly—of art historical precedents. His early etchings are reminiscent of the work of Renaissance and Mannerist masters while the all-over pattern murals, made more recently in his career, bear comparison to the work of Bridget Riley and Frank Stella. McGee’s willingness to stand on art historical precedents while displaying creative virtuosity in an otherwise aggressively irreverent approach gives his work a complex allure.

McGee’s unusual relationship to history extends to his use of old-fashioned fonts, depictions of characters that seem to be drawn straight from a Depression-era SRO hotel, and the creation of Kienholzian tableaux redolent of grit, disarray, and despondency. This aspect of McGee’s work is the antithesis of nostalgia insofar as it represents an apotheosis of the dispossessed. His allusions to things like hobo-era signs and 1930s visual style must be seen in the context of his overall project, one which voraciously incorporates a dizzying array of cultural references even as it demolishes conventional approaches to the art object and eschews standard modes of museum and gallery display. If his imagery is from the past, his techniques are from the future. McGee propels us into an amazing, disorienting world in which the social structures we take for granted—–including the art world itself—have blessedly ceased to exist.

Yet, of course, art institutions do still exist. And, so, the enactment of McGee’s othering narrative can be encountered as a kind of theater. We suspend disbelief upon entering an exhibition of his work, taking in his portraits and tableaux as if they not only represent a real world of outsiders and the dispossessed (they do) but were also made for that world (they were not). This is not at all to say that McGee has “sold out,” strategically creating images of otherness for consumption by the capitalist elite. No. What he has done, however, is make art that draws, richly, on his experiences in the counterculture. That the fate of art in our society is for it to become part and parcel of the marketplace is beyond his control.

If McGee’s art appears to have been made for a world of surfers, taggers, and trans punks, it is because McGee has generously made it so. Perhaps despite himself, he has invited the rest of us into his manic, immersive, and exuberant world.