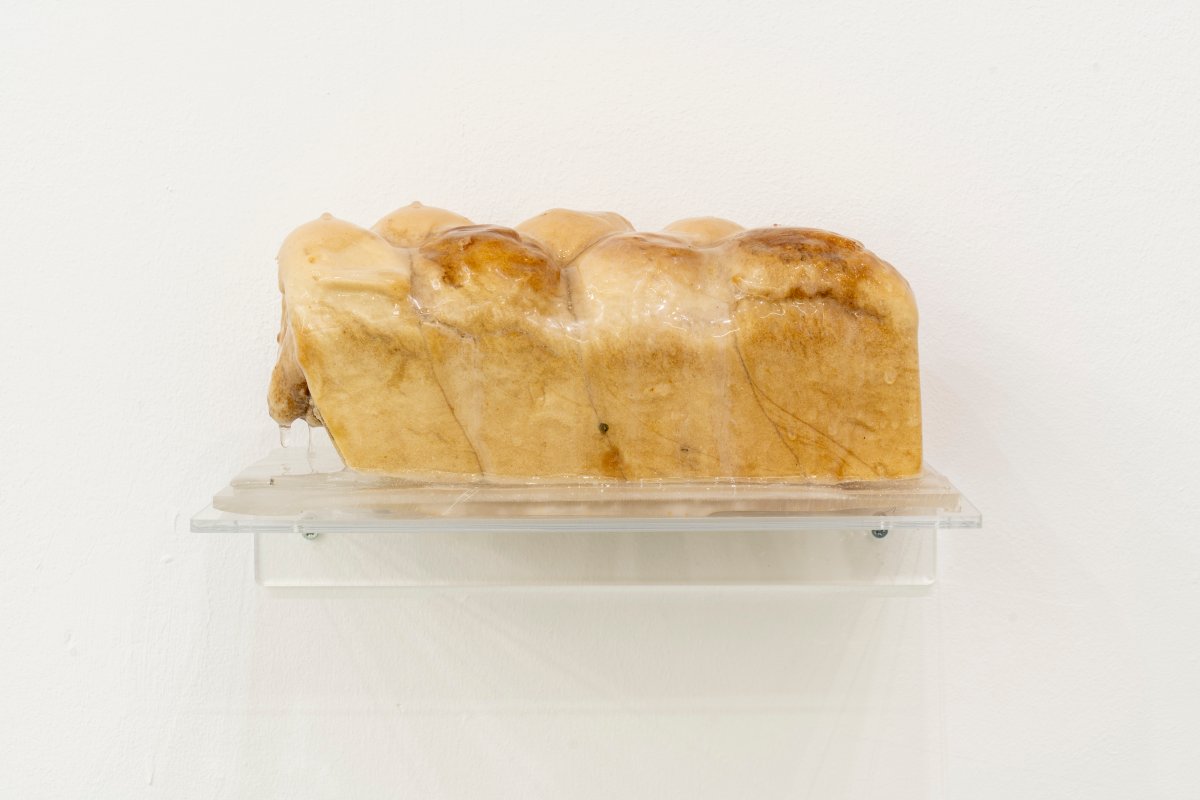 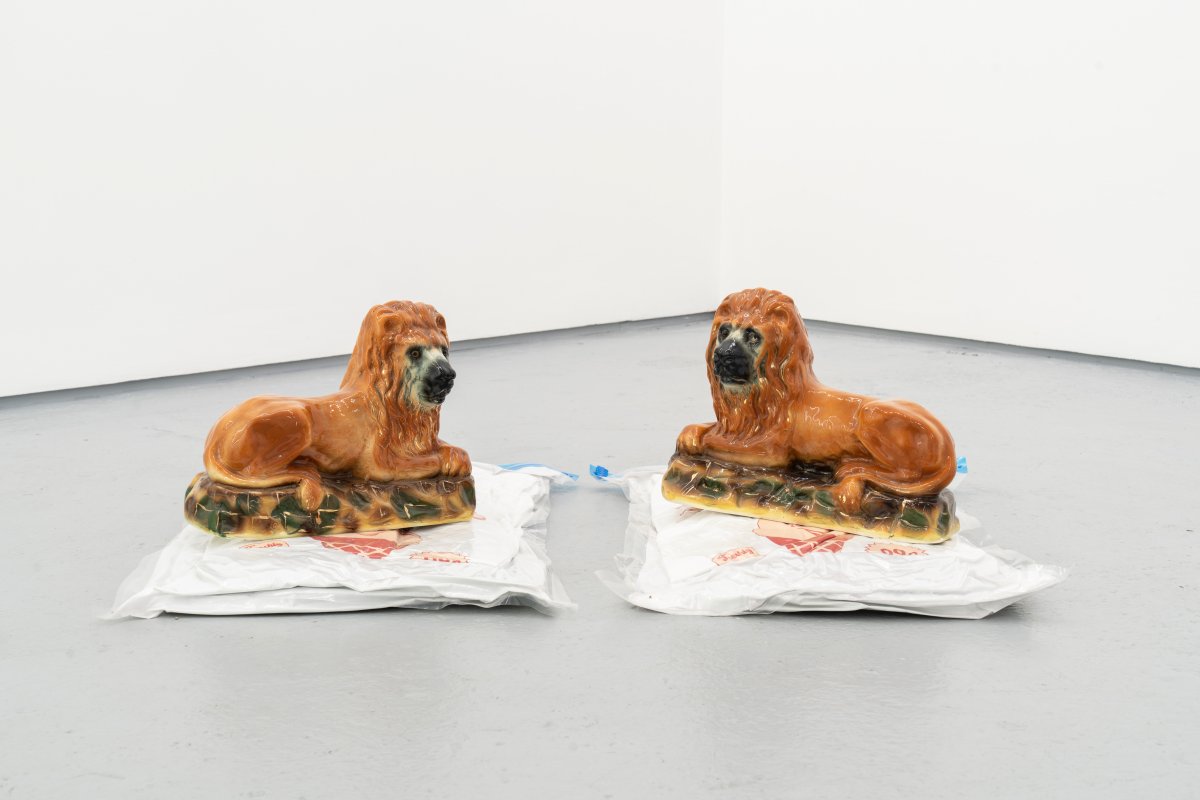 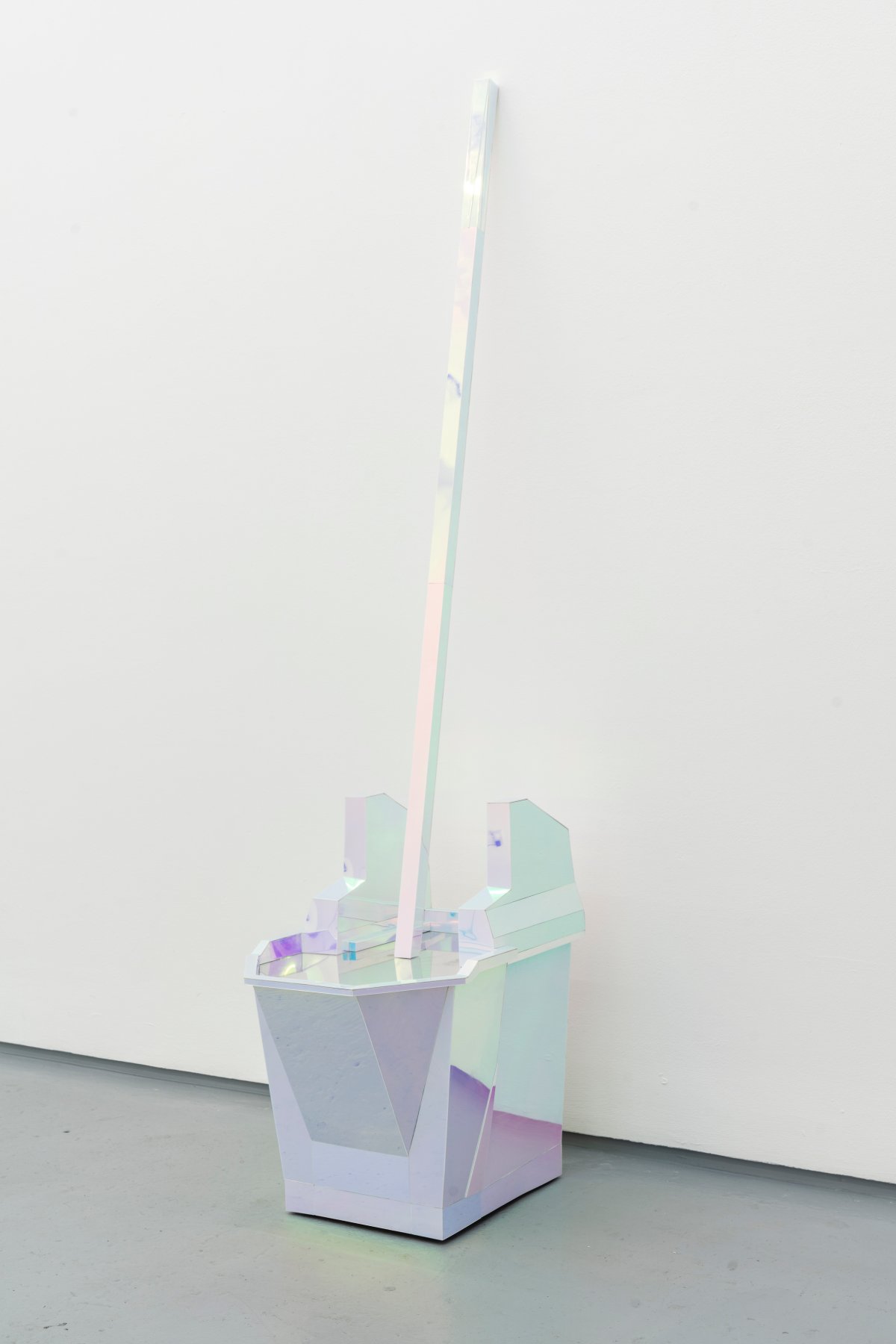 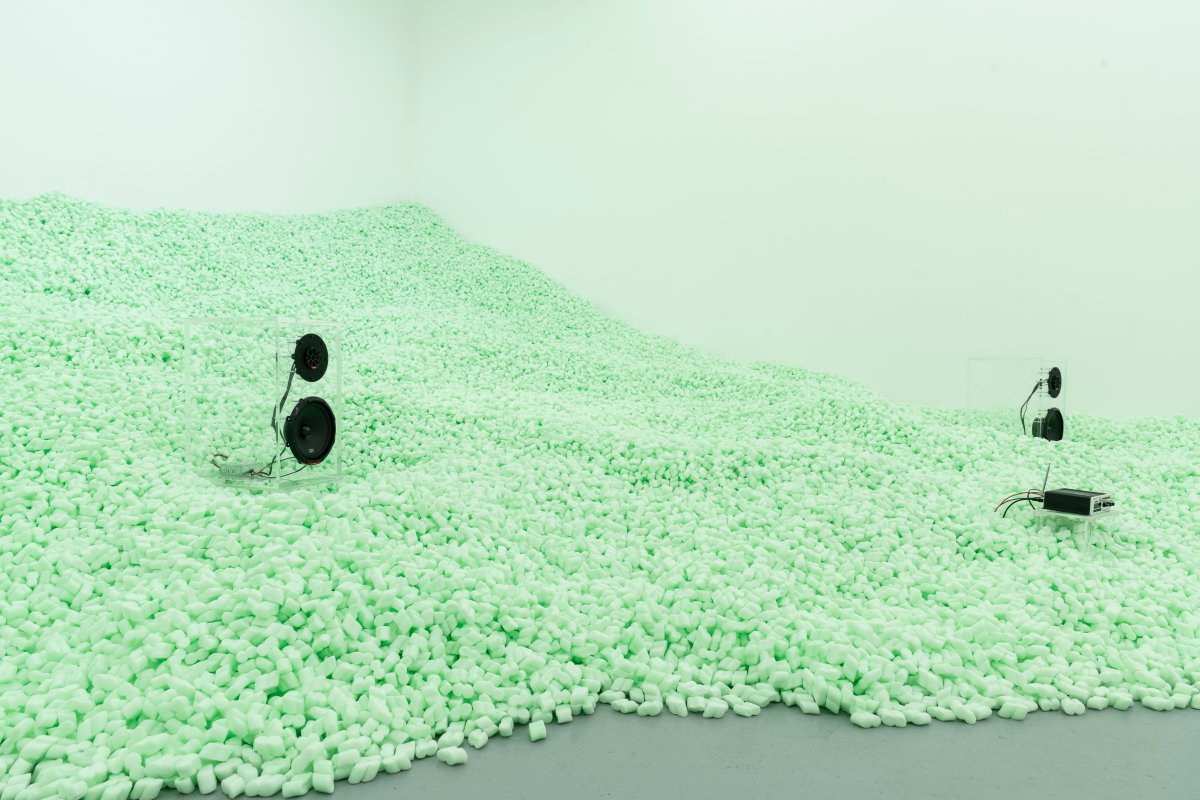 Benjamin Cohen
All Mouth And No Trousers, 2022 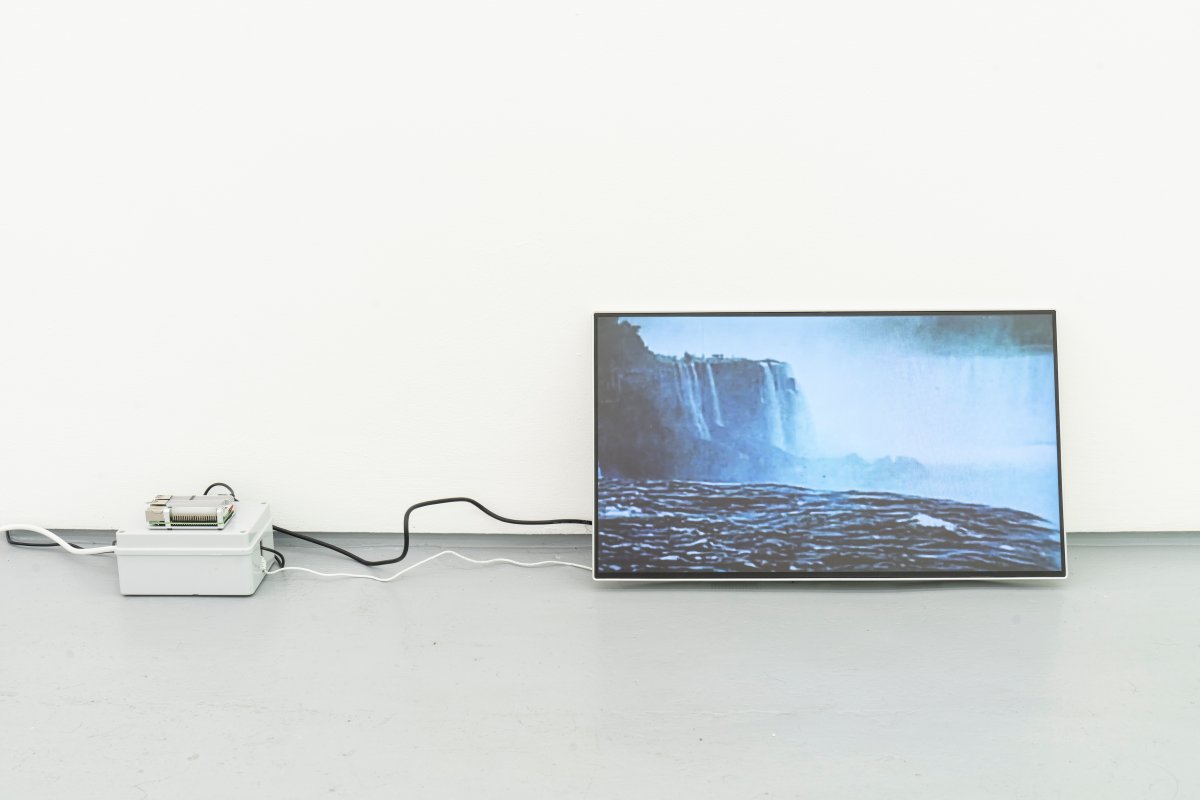 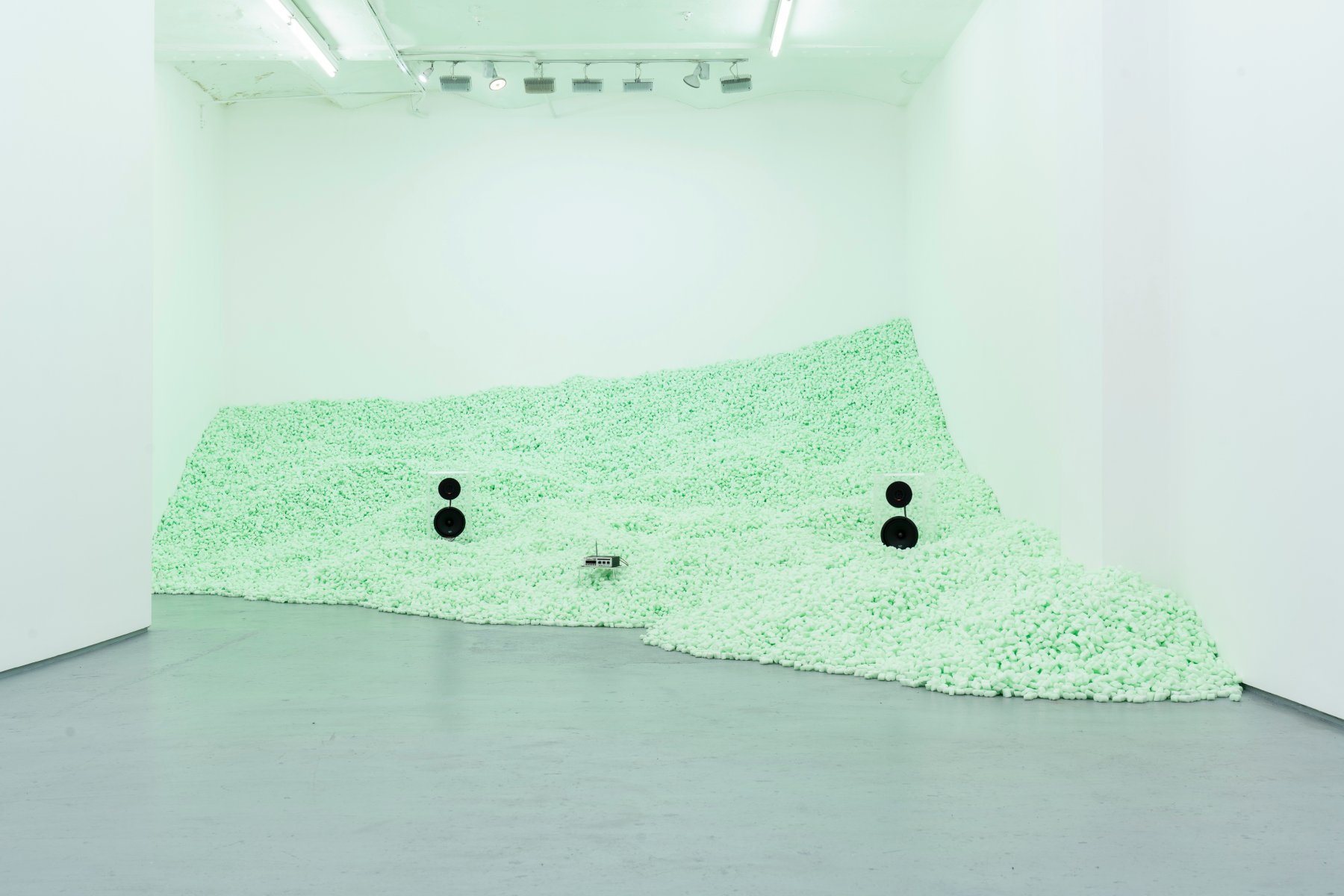 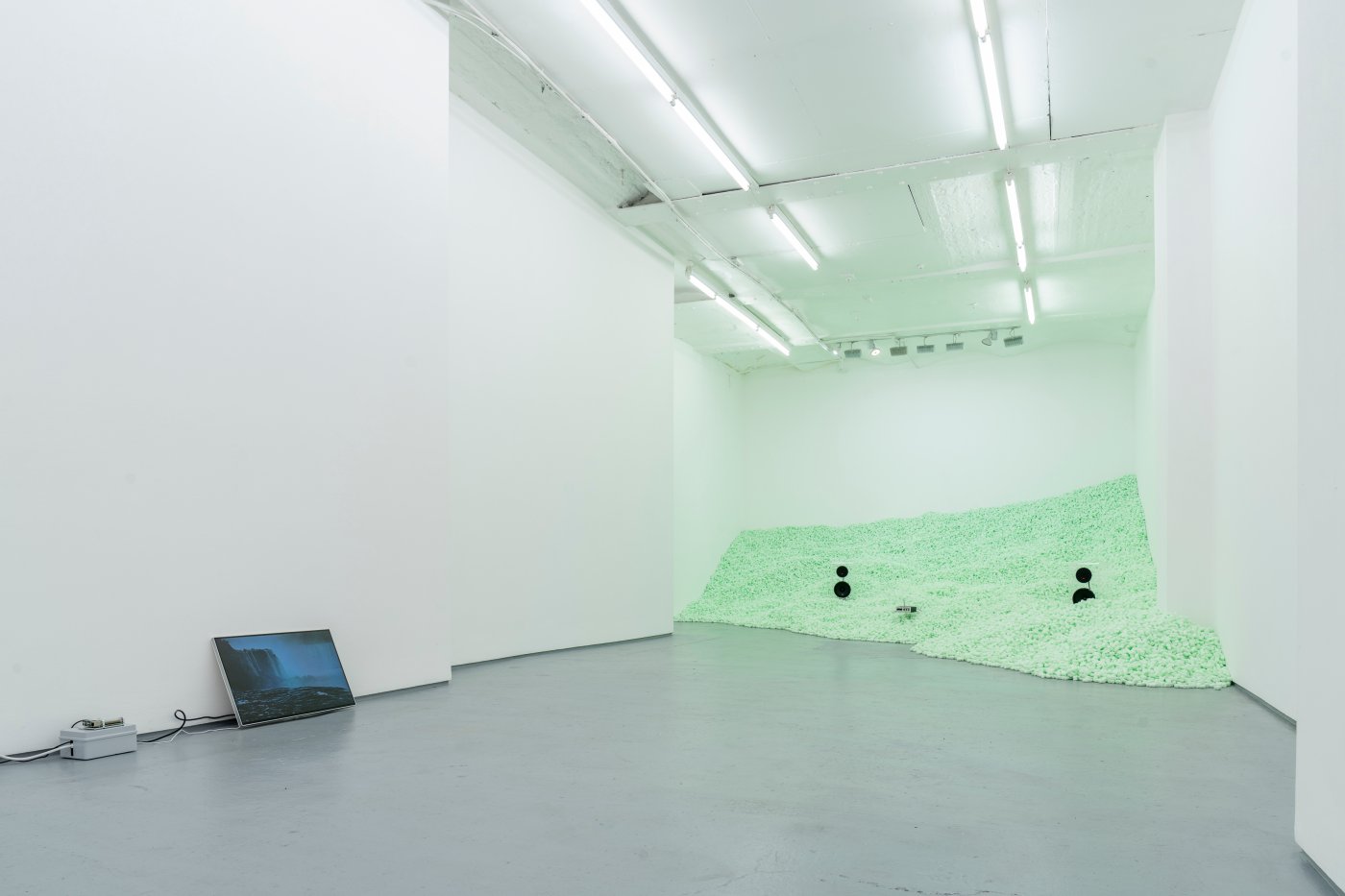 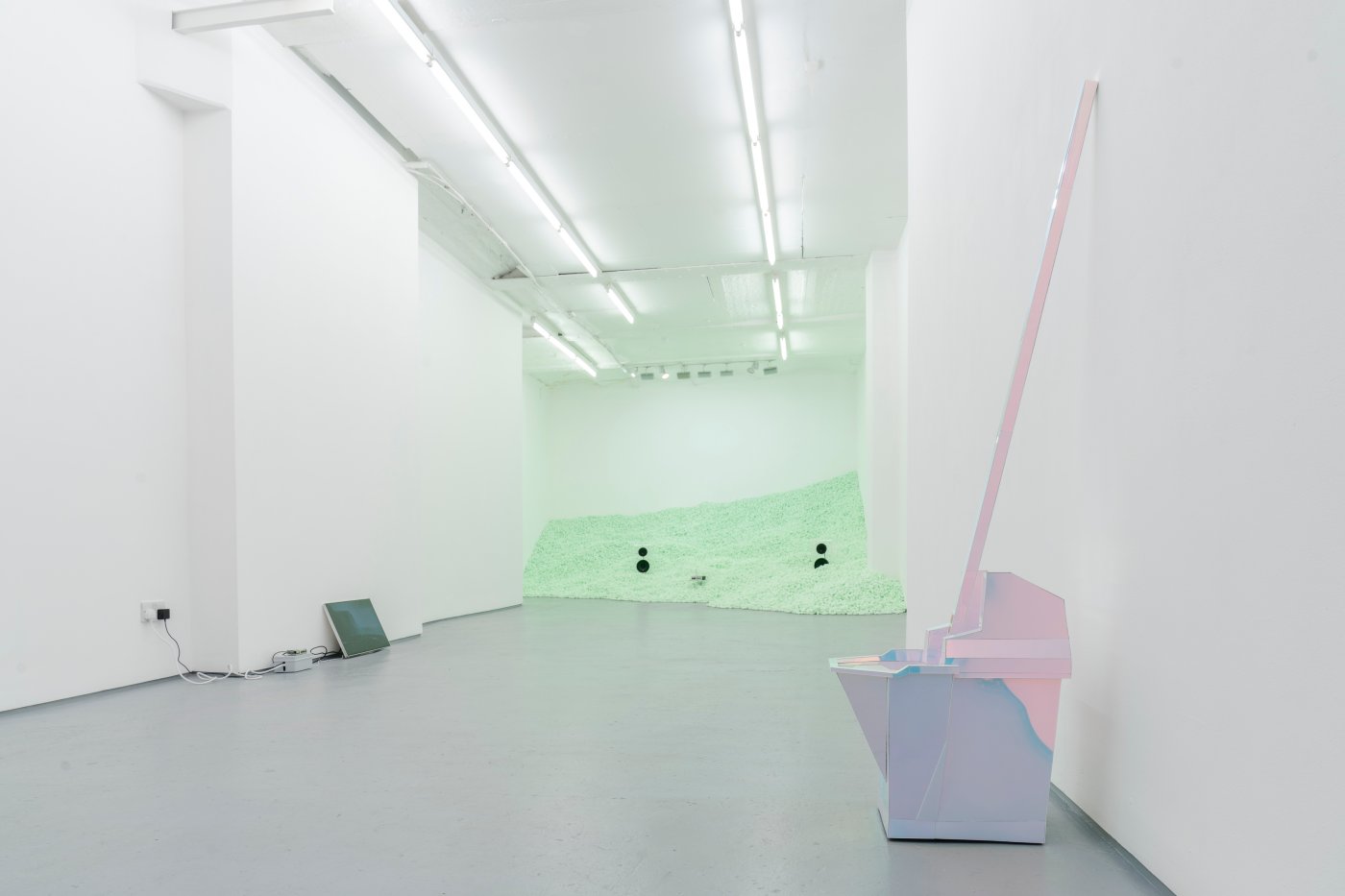 Through experimentation with expanded notions of sculpture and time-based media, two point eight million explores ideas of authenticity and myth, with the aim of establishing paradoxes between materials, objects, and moving image. The show loosely stems from Albert Shin’s psychological thriller Disappearance at Clifton Hill (2019); a film with interchanging histories that questions the reliability of narrative. In this respect, the presentation of work in this exhibition uses found materials, fabricated objects, and appropriated moving image to construct narratives that blur the boundaries between the authentic and the fictitious.

Works such as The Magnificent Moulins (2022) – four seconds of archival footage showing approximately 2.8 million gallons of water flowing over the crest of Niagara Falls – attempts to reduce a ‘wonder of the world’ to an inconsequential event. Wonders of nature such as Niagara Falls are often held up as the embodiment of the natural sublime. However, the visual appearance of Niagara today is the result of over a century of human exploitations, excavations, and artificial cascades. The Magnificent Moulins thus questions the genuineness of such ‘phenomena’.

Similarly, Infinite Loaf (2022) – a loaf of bread found discarded on the street – has been preserved within layers of thermostat resin. This work explores age-old symbolic myths that eulogise everyday events and objects. Infinite Loaf examines the relationship between the natural and the synthetic, the factual and the fictional.

Other works such as all mouth and no trousers (2022) – a heap of eco-packaging chips with transparent speakers and audio – plays with our perception of space and scale. These packaging chips are made up of 99.6 percent air and 0.4 percent recycled materials. This work attempts to deceive: its apparent magnitude is in fact disingenuous.

Mrs Whippy (2022) and off, out, out of, etc. (2022) operate on a similar level. From kitsch ceramic lions and souvenir t-shirts in vacuum packs, to a souped-up mop and bucket, these works draw parallels between the ‘everyday’ and the extraordinary, giving them a new and alternate function, with their associated narratives twisted out of shape.

Fundamentally, the interconnections that arise from two point eight million are by no means set in stone. Rather, this assembly of work should act as the catalyst for new stories to be written and told by the viewers themselves. These are plots and storylines that call to be continuously transcribed.

In 2021, Cohen was shortlisted for the Mark Tanner Sculpture Award. He has had recent solo exhibitions at FOLD Gallery (London) in 2019. In May 2023, he had a solo exhibition at MAAB Gallery (Milan) as well as a solo project with TICK-TACK Gallery (Antwerp). In recent years, Cohen as collaborated and realised site-specific projects with A-DASH Project Space (Athens) and has been a part of group exhibitions in Italy, Vienna, Serbia and across the UK.

Courtesy of the artist and FOLD, London