“Many people think that I have studied mathematics, but I am not a mathematician: I believe an artist’s real role is to question everything that constitutes the nature and definition of art. Putting mathematical language at the centre of my work allows me to introduce a subject to the artistic field that is neither abstract nor figurative: it is freed from those traditions.”

On the occasion of his first solo exhibition at Waddington Custot in London, French conceptual artist Bernar Venet presents new Angles, including large-scale sculptures in steel. These works, at once sculptural and graphic, define the ways in which the gallery can be navigated by the viewer. These are shown together with drawings and smaller sculptures to offer a deeper understanding of the artist’s practice. 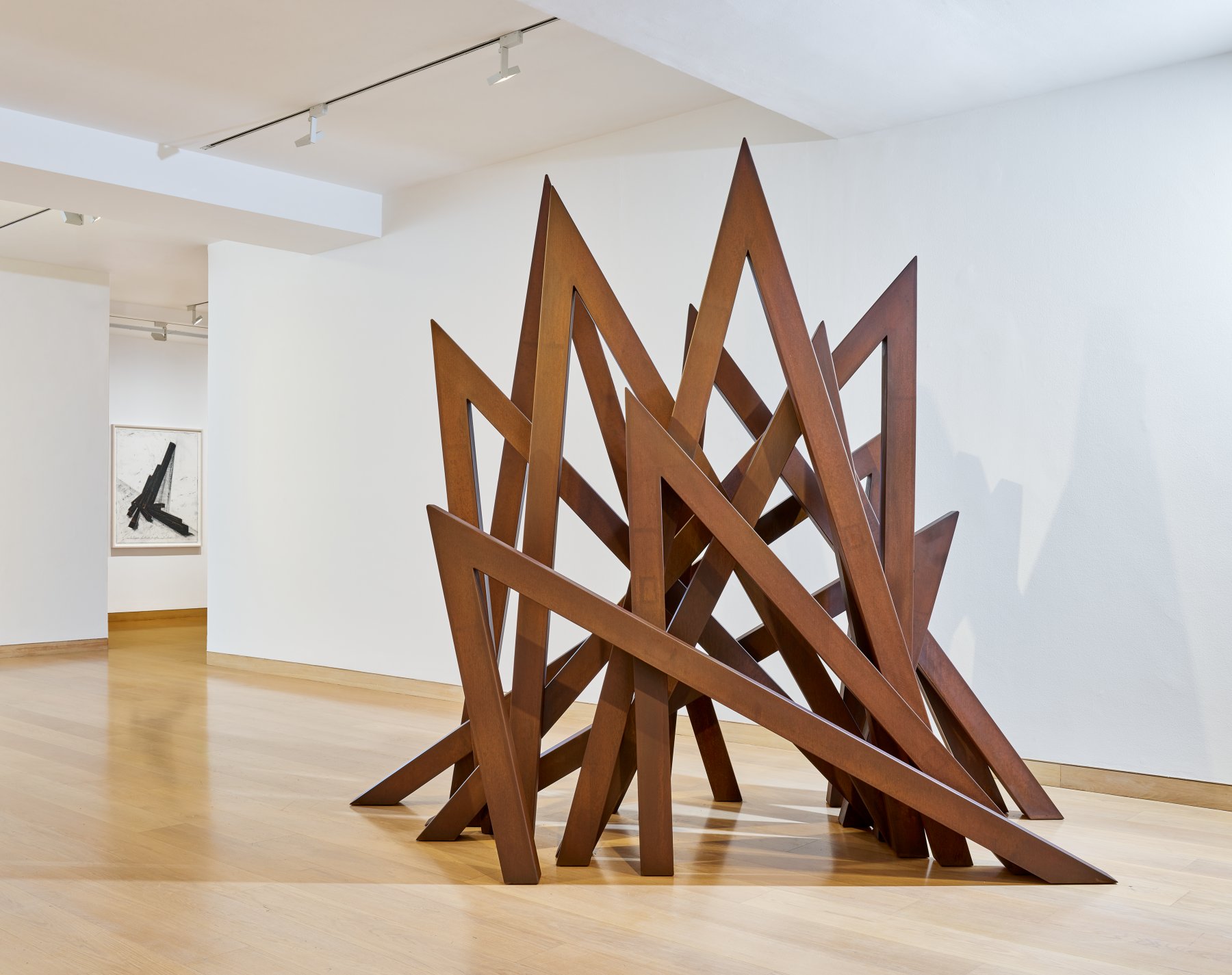 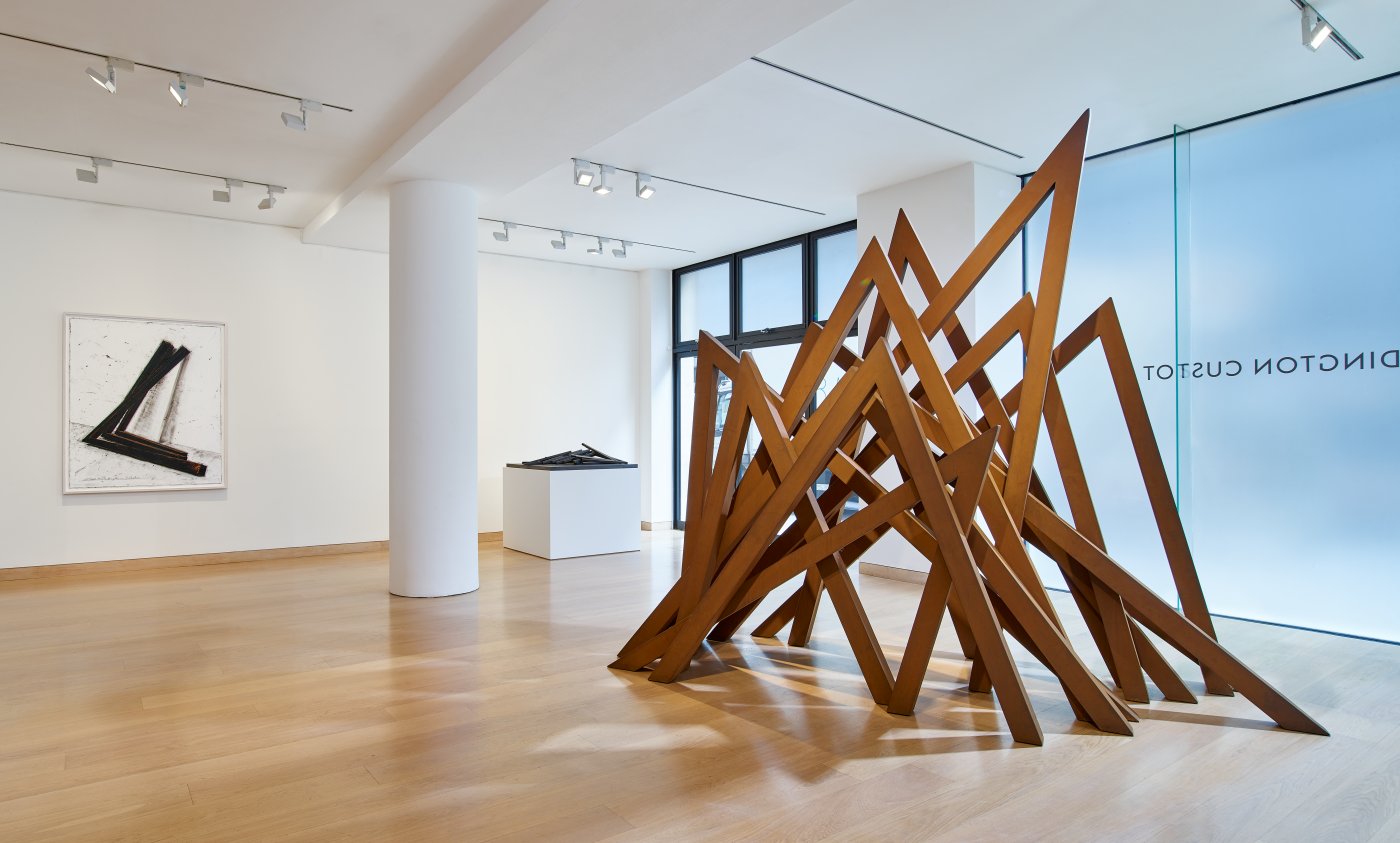 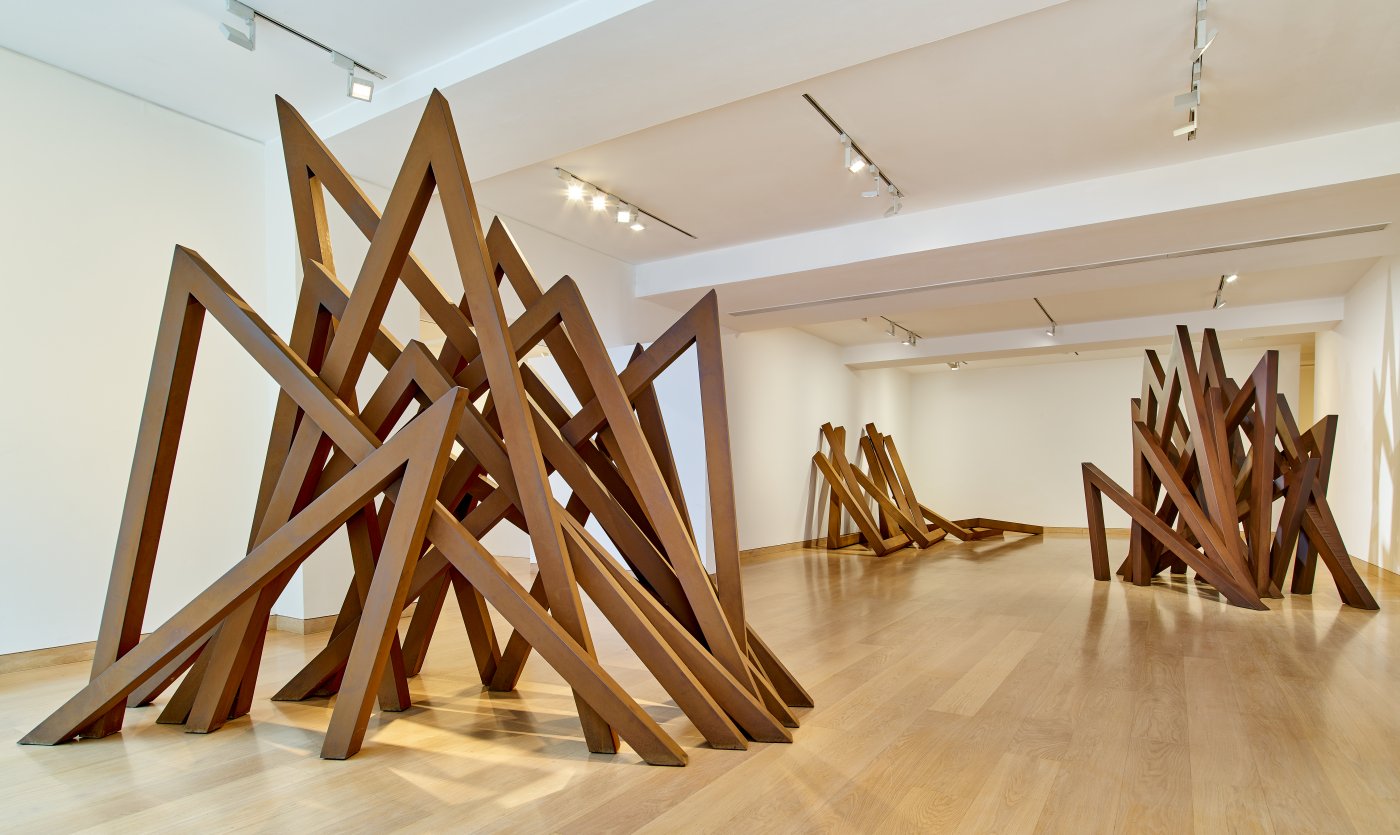 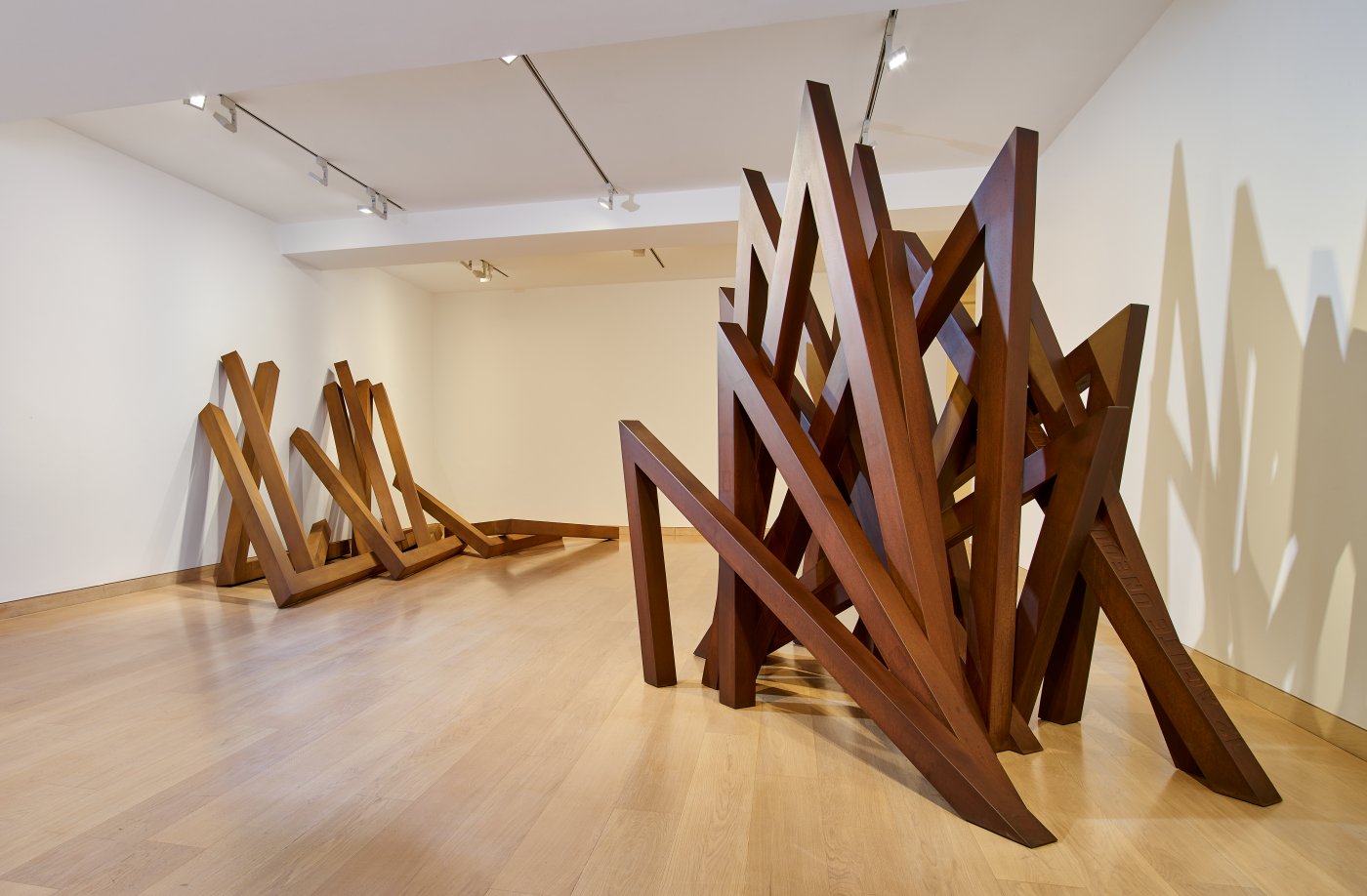 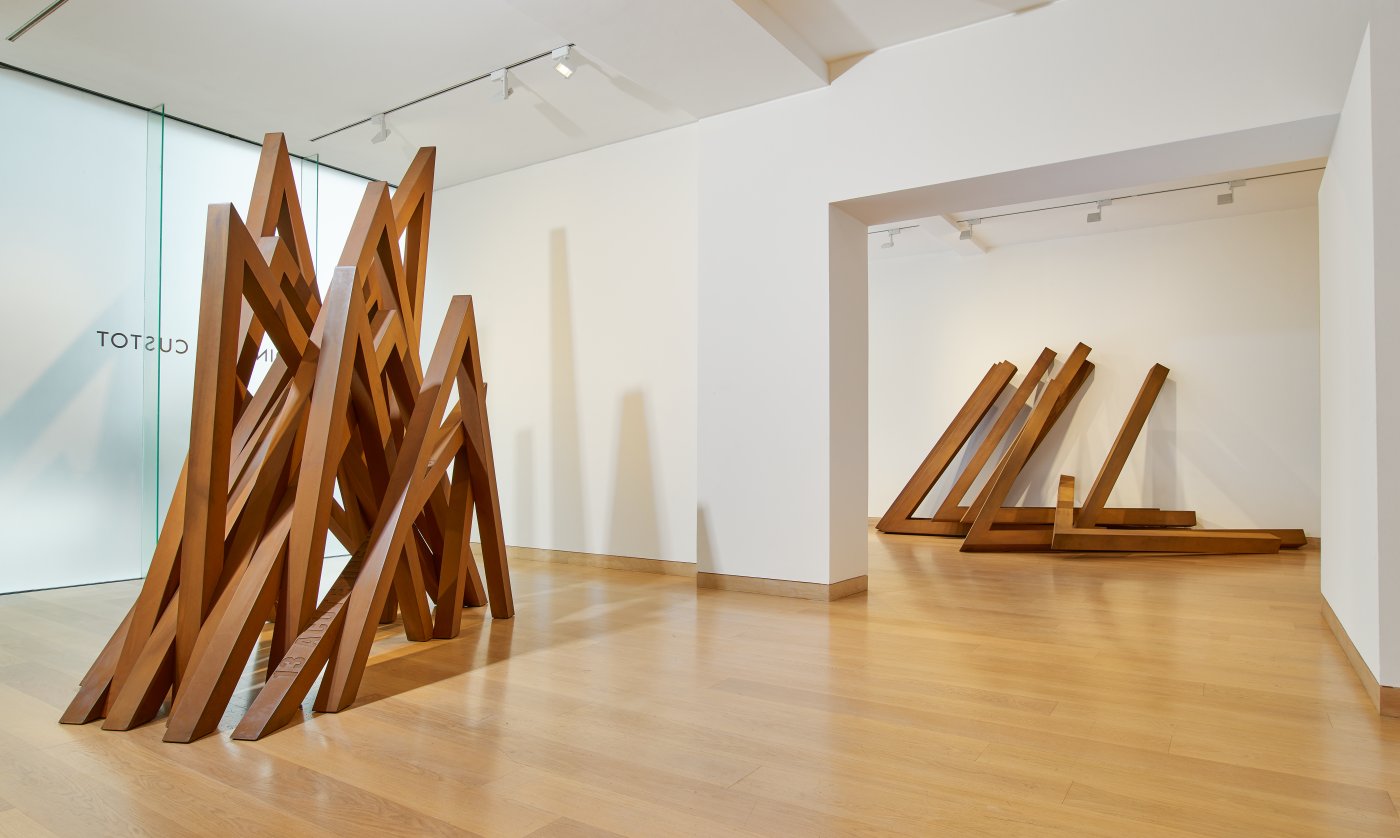 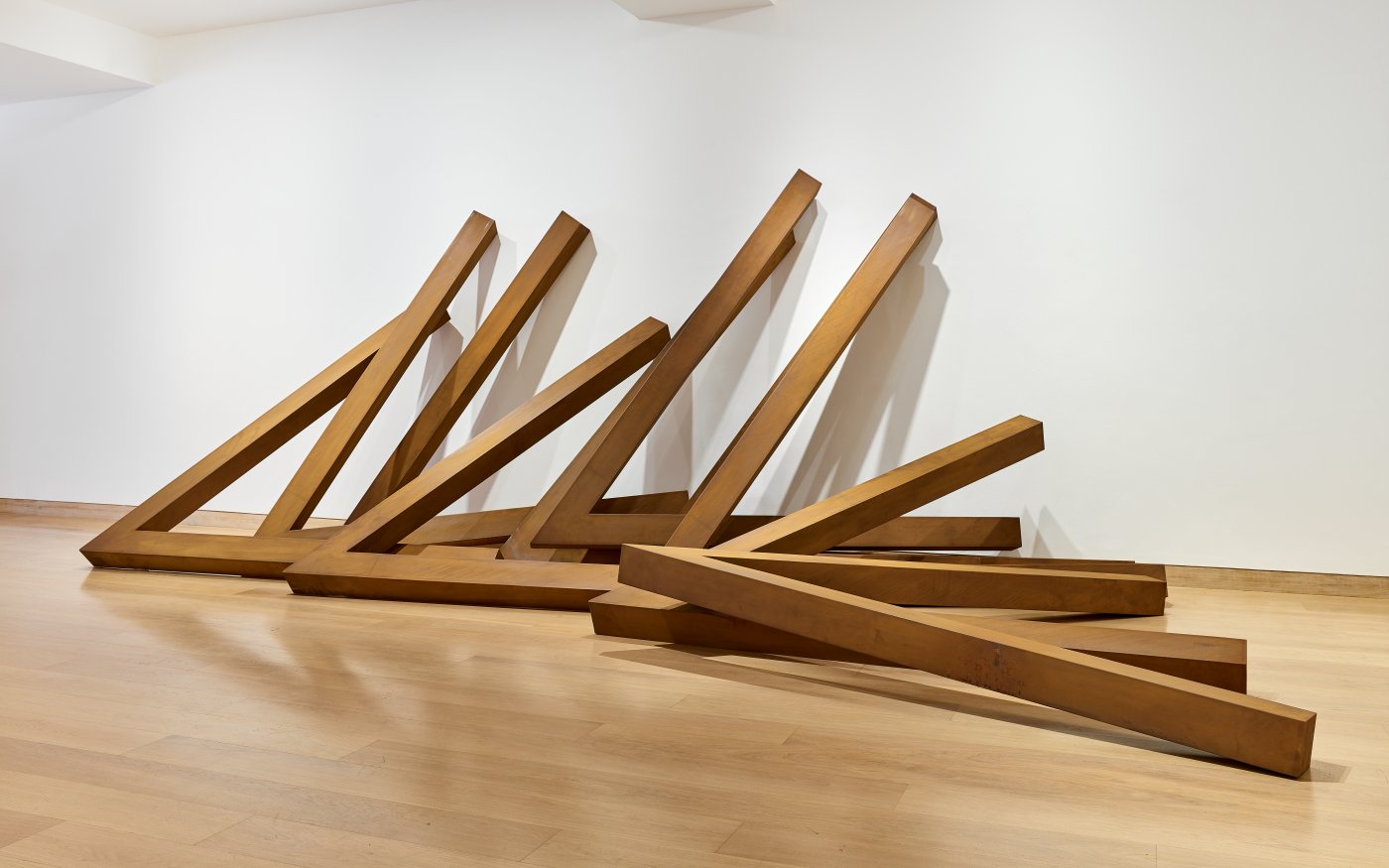 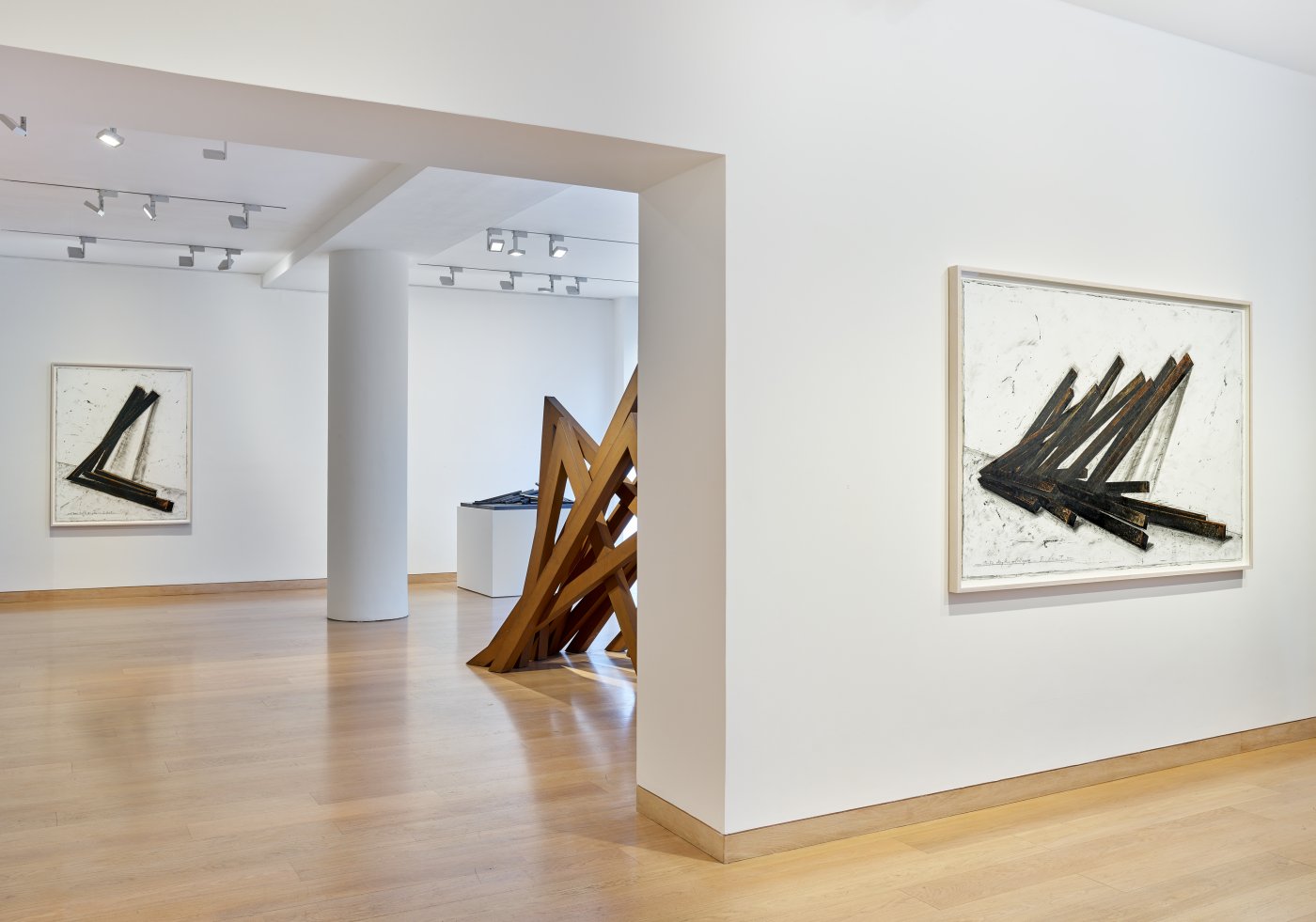 Venet’s radical contribution to the history of art is to present mathematics as a worthy and interesting subject for art, for its clarity as a subject with no disagreement over its meaning. After moving from Nice to New York in 1966, Venet became known for a pronounced radicalism, using the language of mathematics and science in his artwork. It was here that Venet developed a body of work, steeped in non-art propositions which he borrowed from mathematicians and theoretical scientists, which formed the basis of his Five Years exhibition at the New York Cultural Center in 1971-1972. Marking 50 years after the closing of this iconic exhibition, Bernar Venet: Hypotheses celebrates Venet’s development over the decades and his unerring exploration of the line as a subject.

The Angles, understood in basic terms as two lines sharing the same endpoint, are one of the most important iterations of Venet’s work. Distinct from other visual subject matter, which, figurative or abstract, might convey a multitude of impressions or meanings, angles, as part of mathematical language, can only be interpreted and experienced in a single way. They can be understood as ‘monosemic’, otherwise, forms with a single, unequivocal meaning.

Marking a new era for the artist, the works in this exhibition have been developed in France: Venet, now in his eightieth year, has recently moved back to Le Muy after almost half a century living in New York. This unique site, located on some 17 acres of the French countryside in the heart of Provence, is an exceptional mental studio for Venet from which he takes inspiration and where he continually develops new ideas.