Bernard Piffaretti returns to New York for his fourth solo exhibition with Lisson Gallery, debuting a new body of work along with a revisitation of paintings from his past. The act of looking back is central to Piffaretti’s method, whether it is immediately, as is the case with his mirrored, two-canvas foundations, or historically, with references to past artists and to his own previous bodies of work. Including sometimes subtle and sometimes overt references to motifs found in the paintings of French Modernism and 20th Century American Art, Pick Up presents a recurring situation that instructs the viewer to look for a second time. 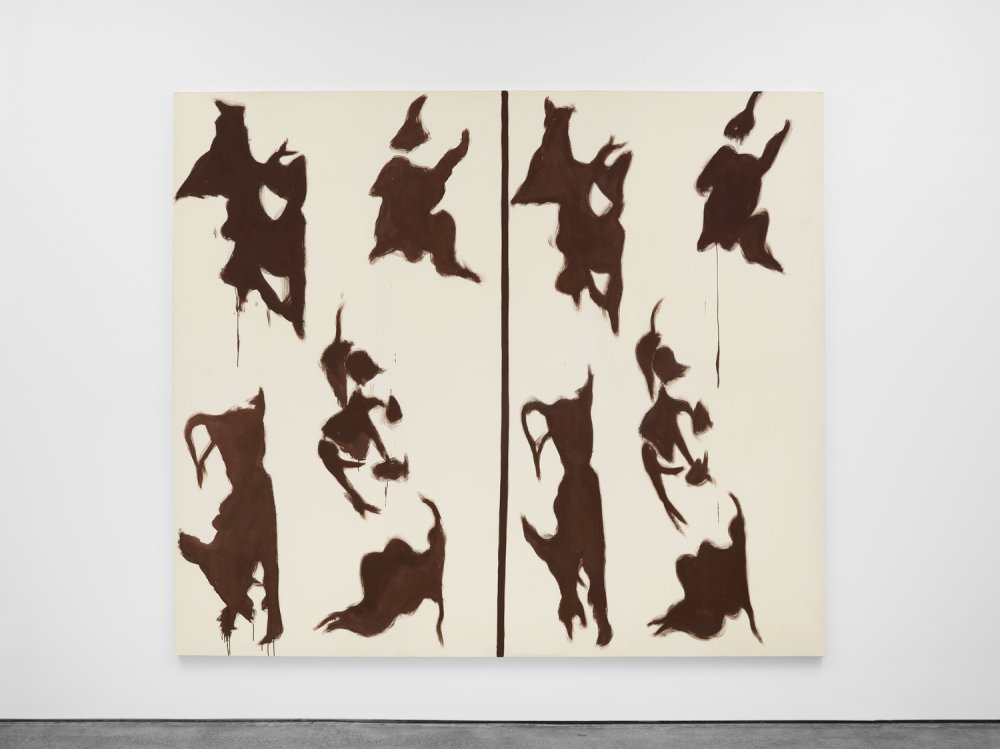 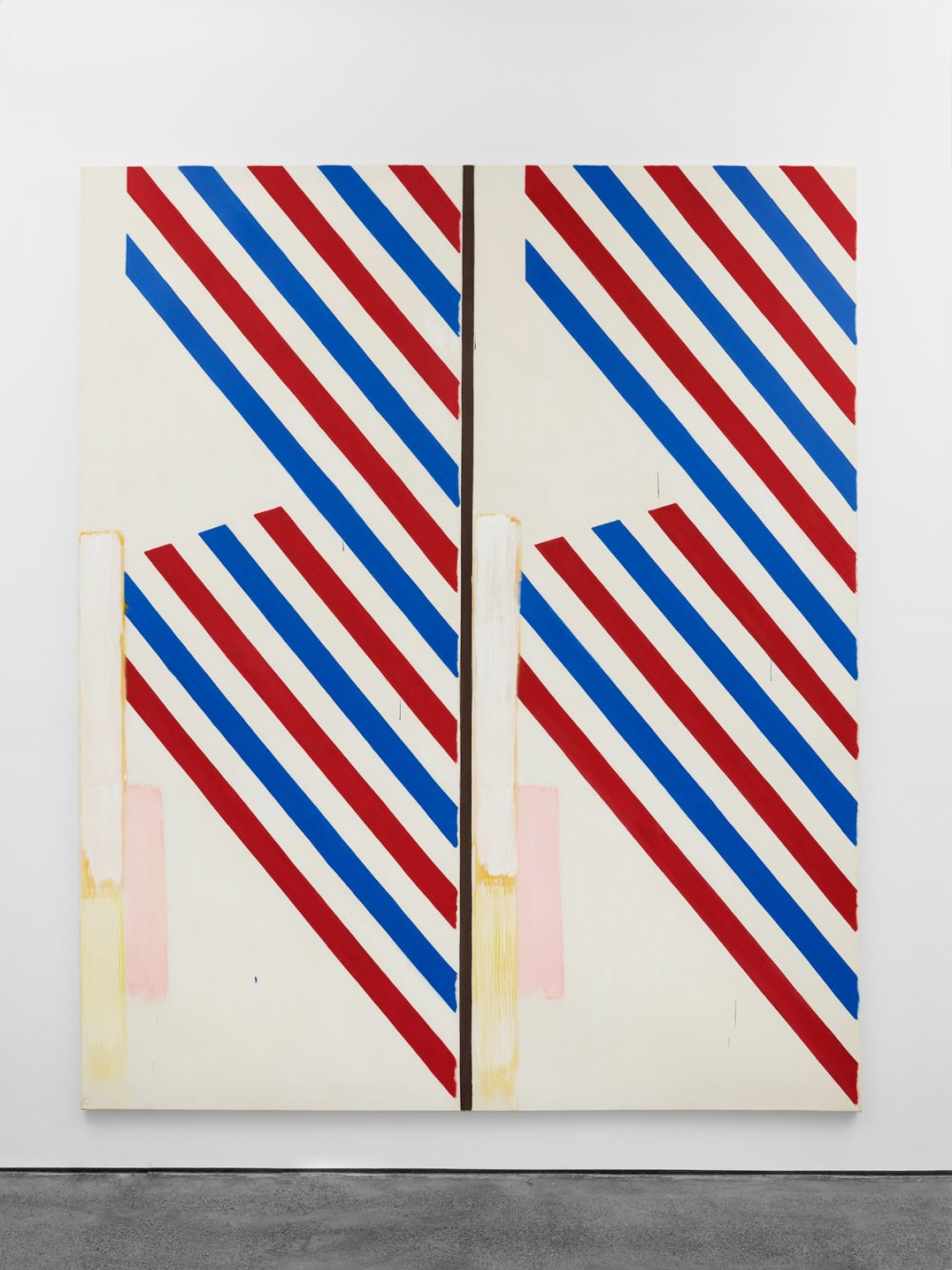 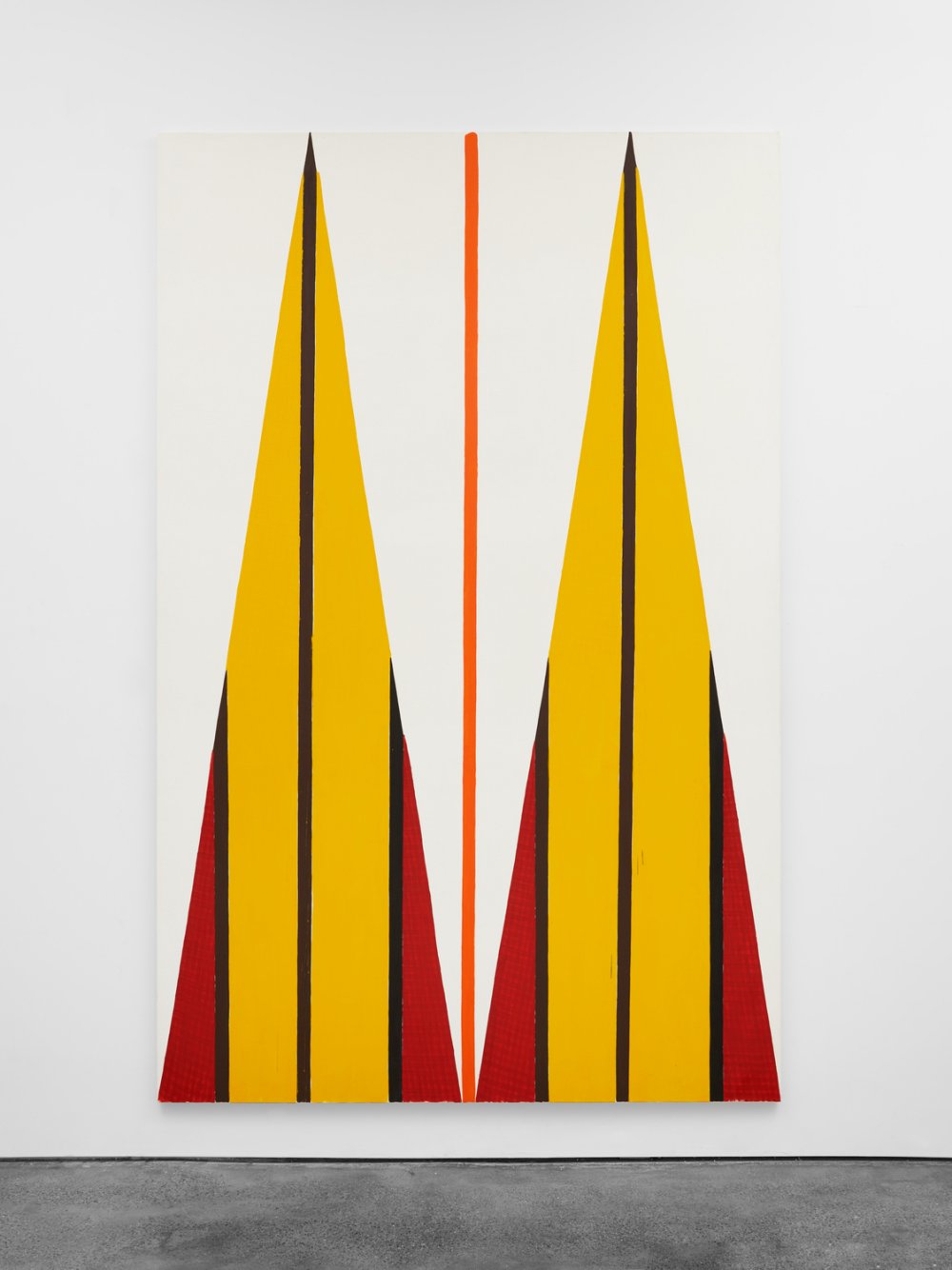 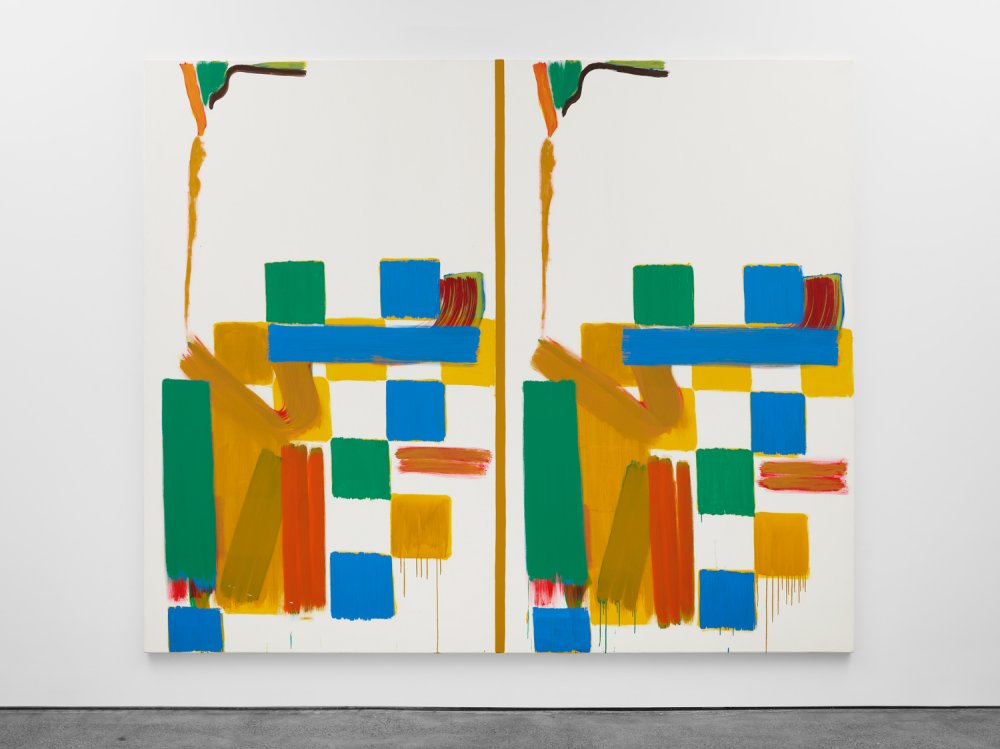 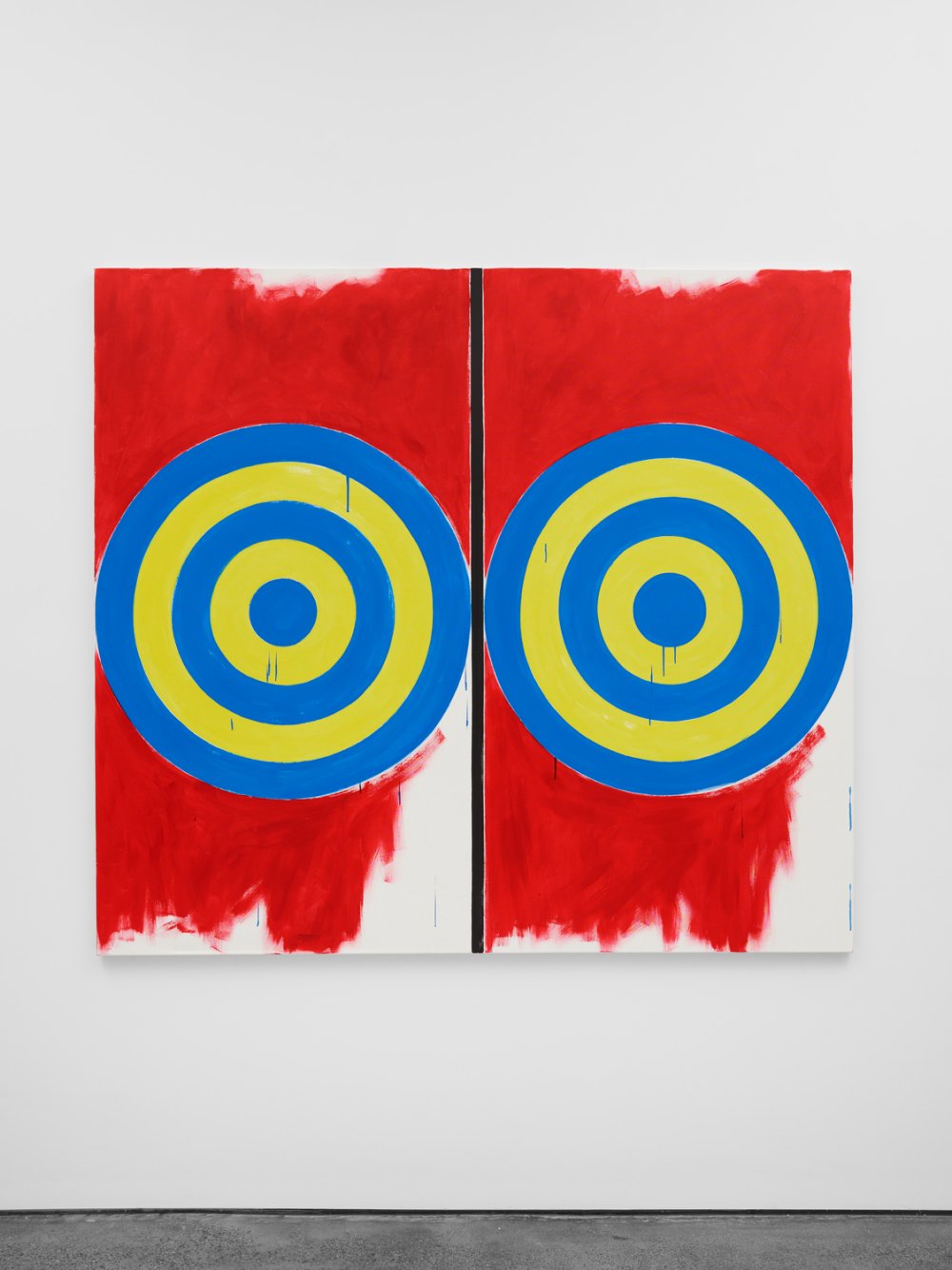 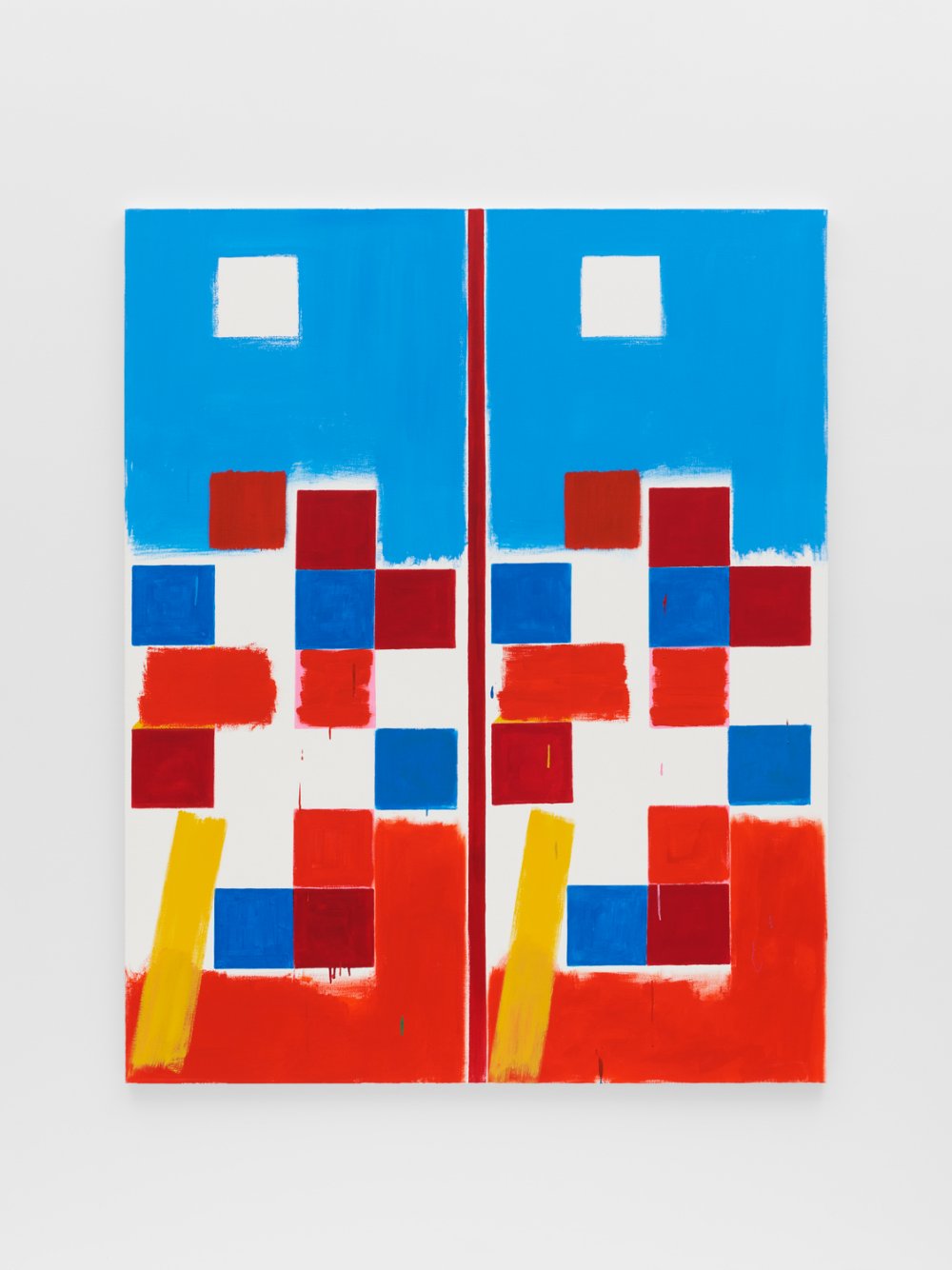 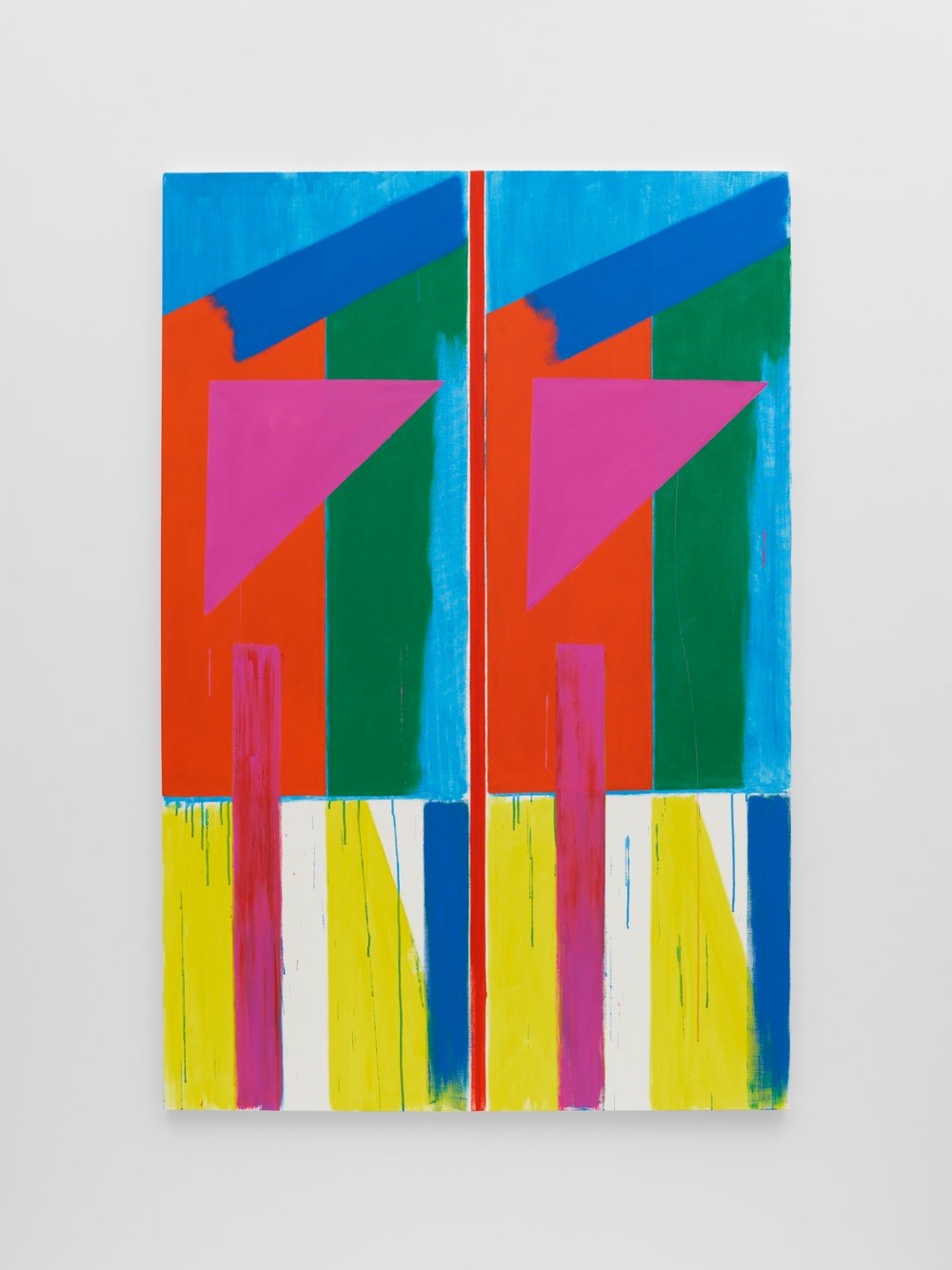 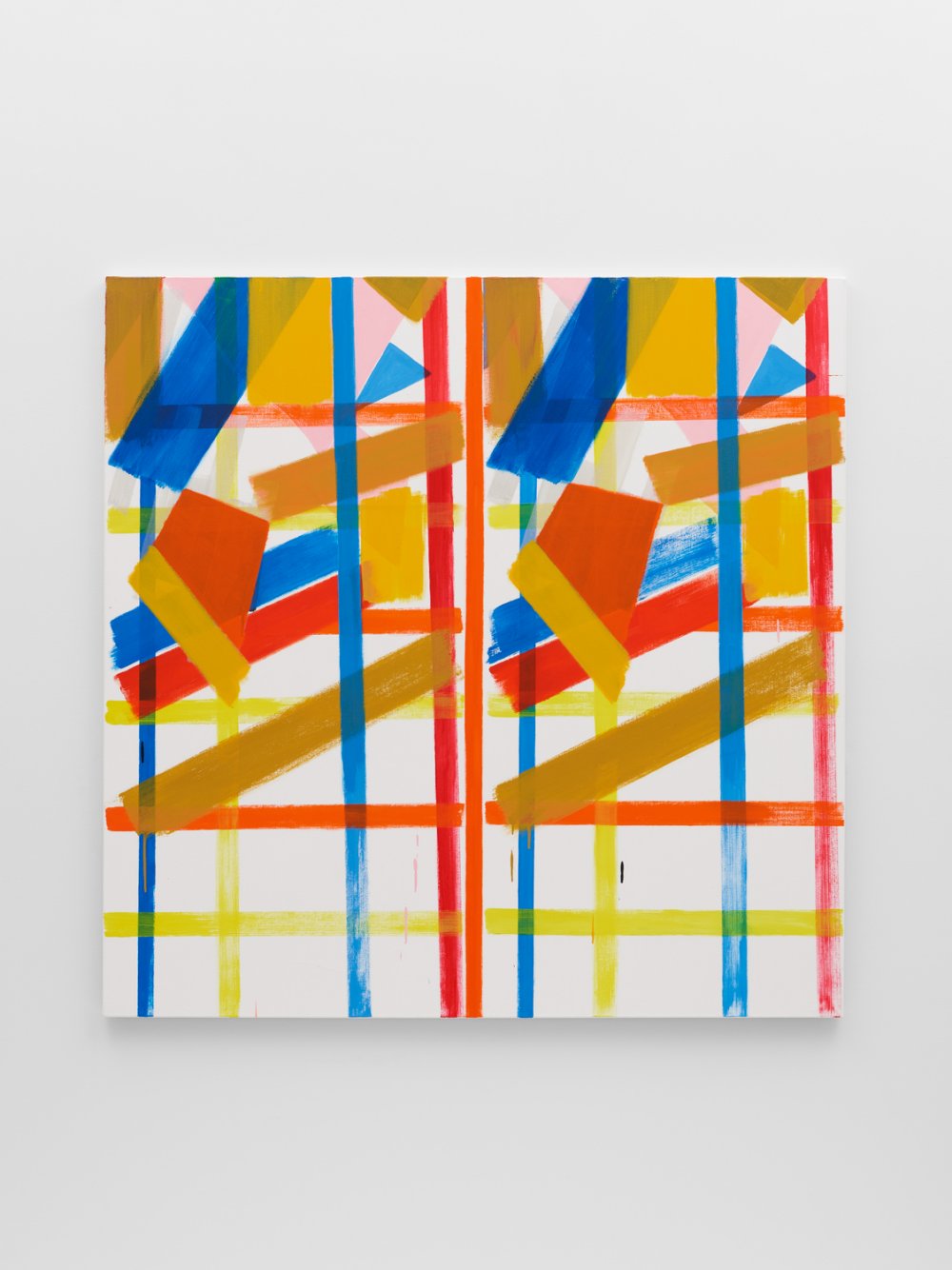 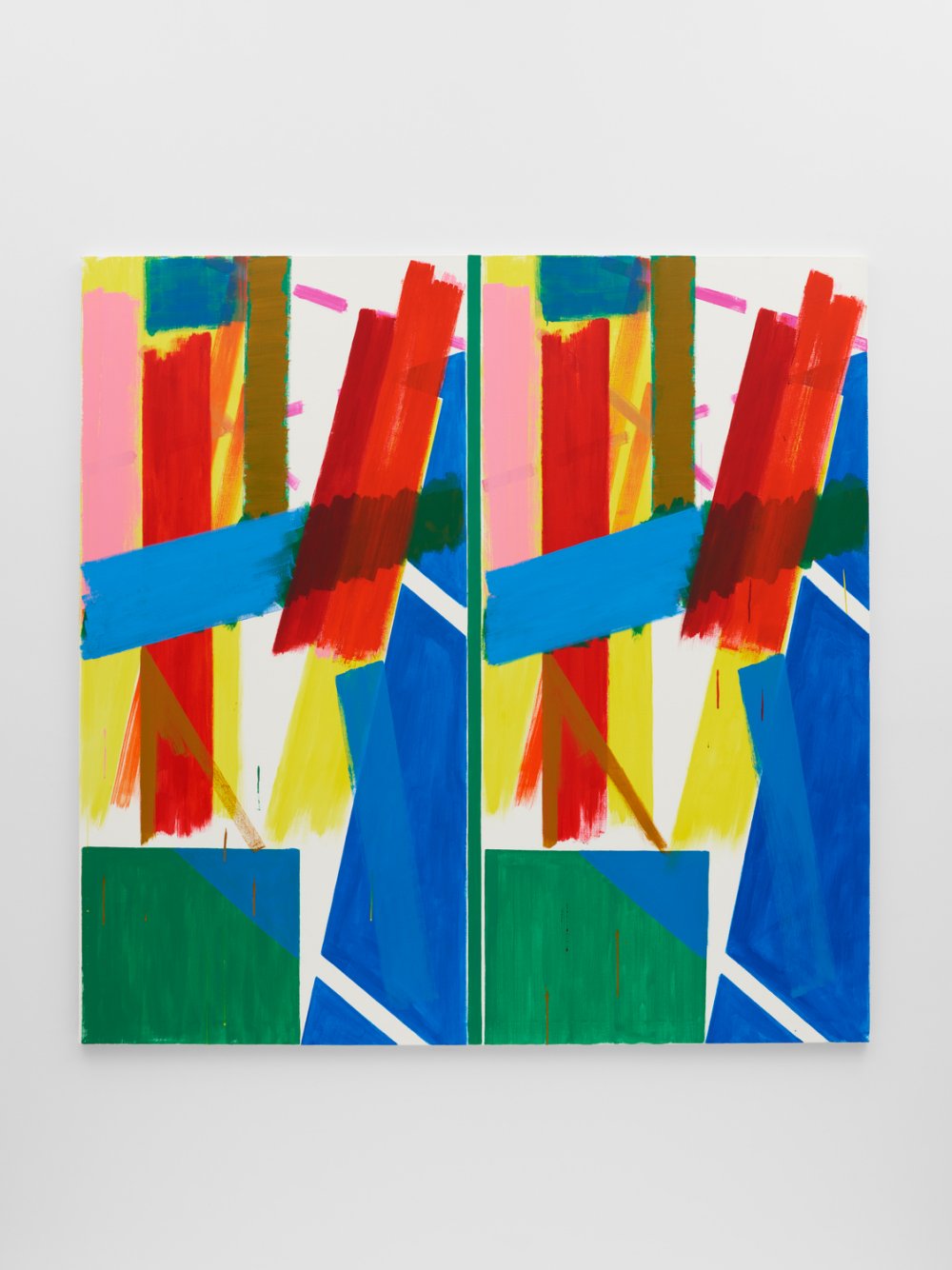 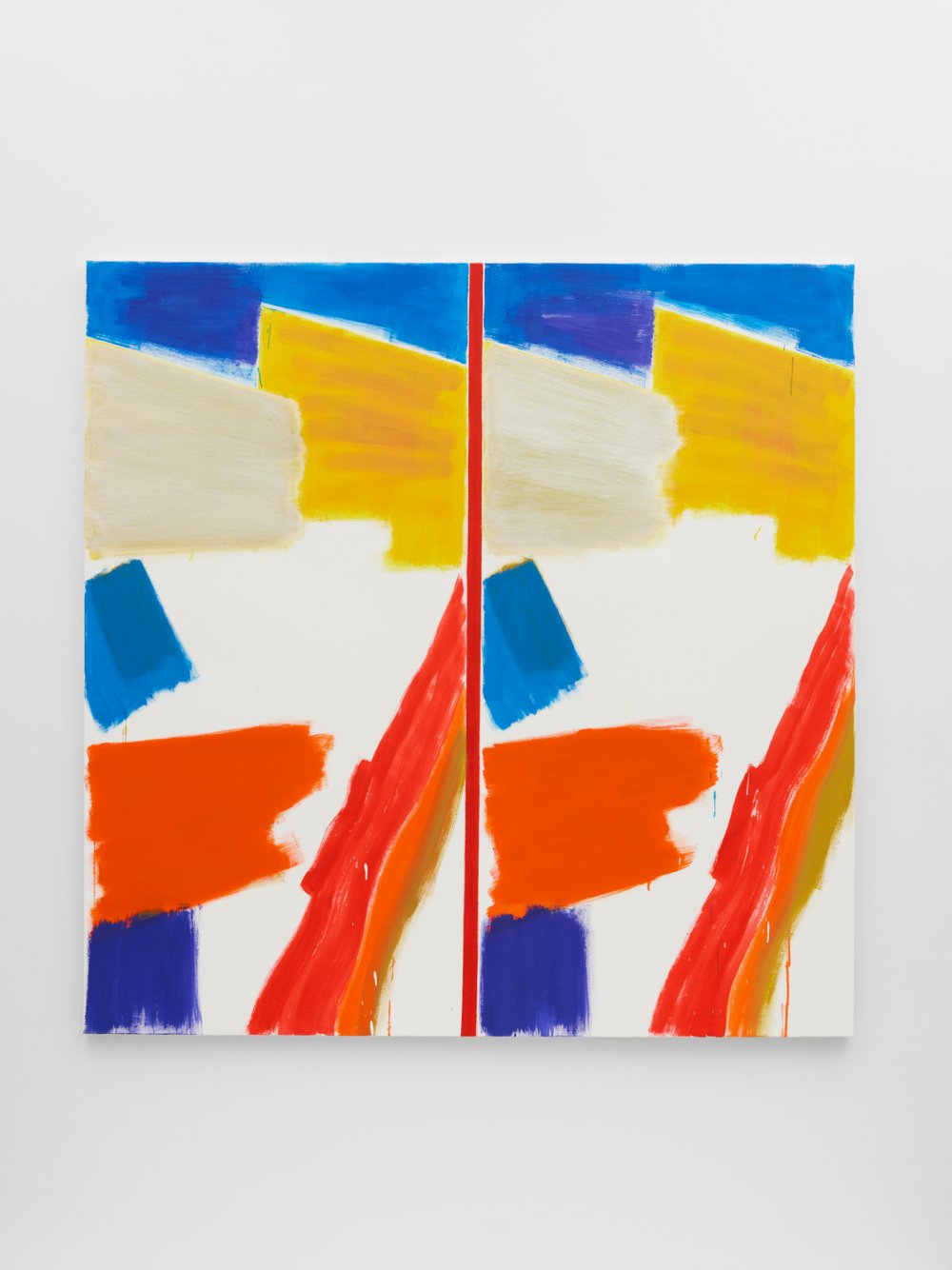 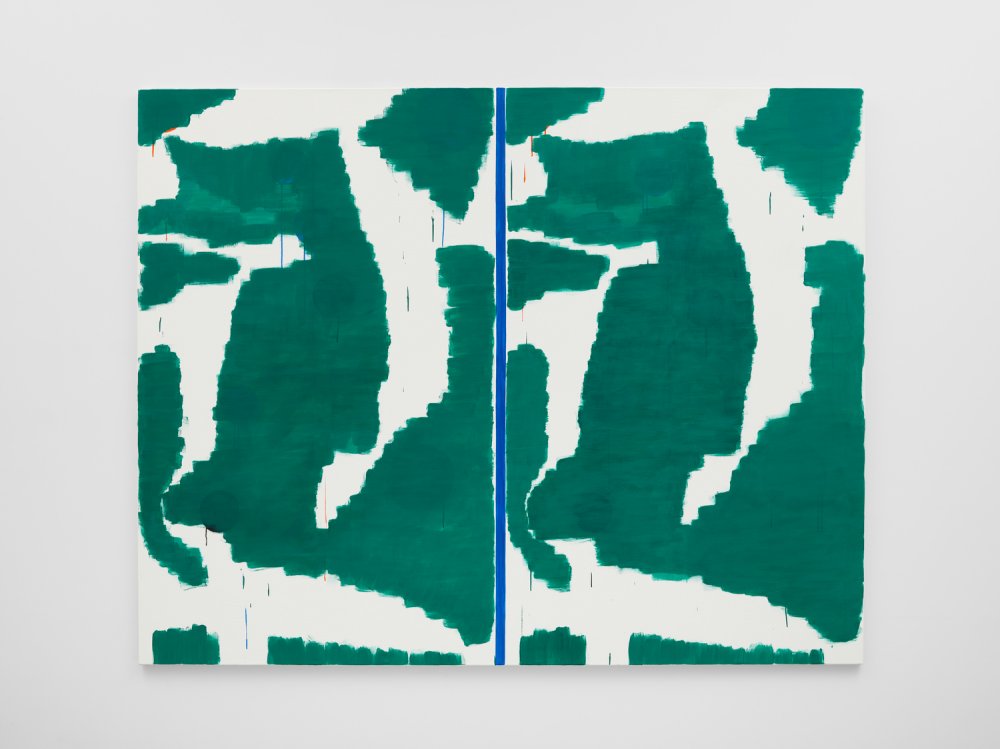 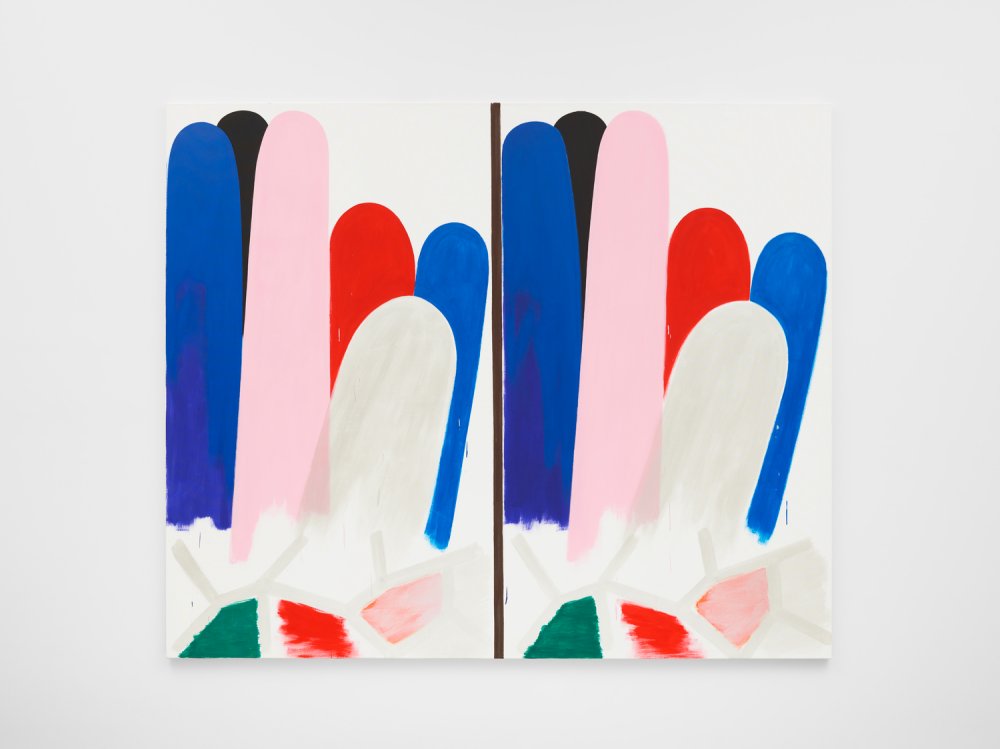 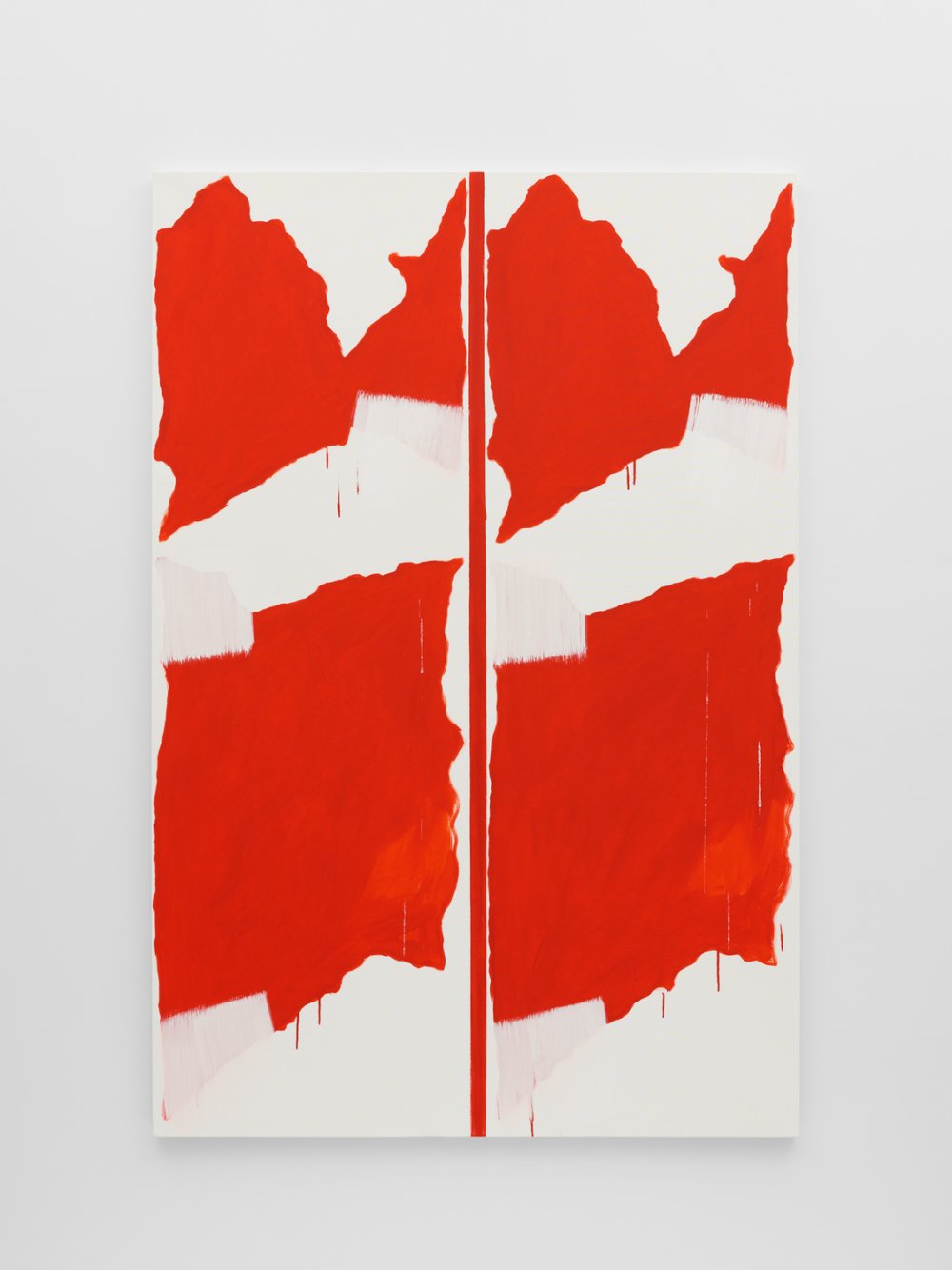 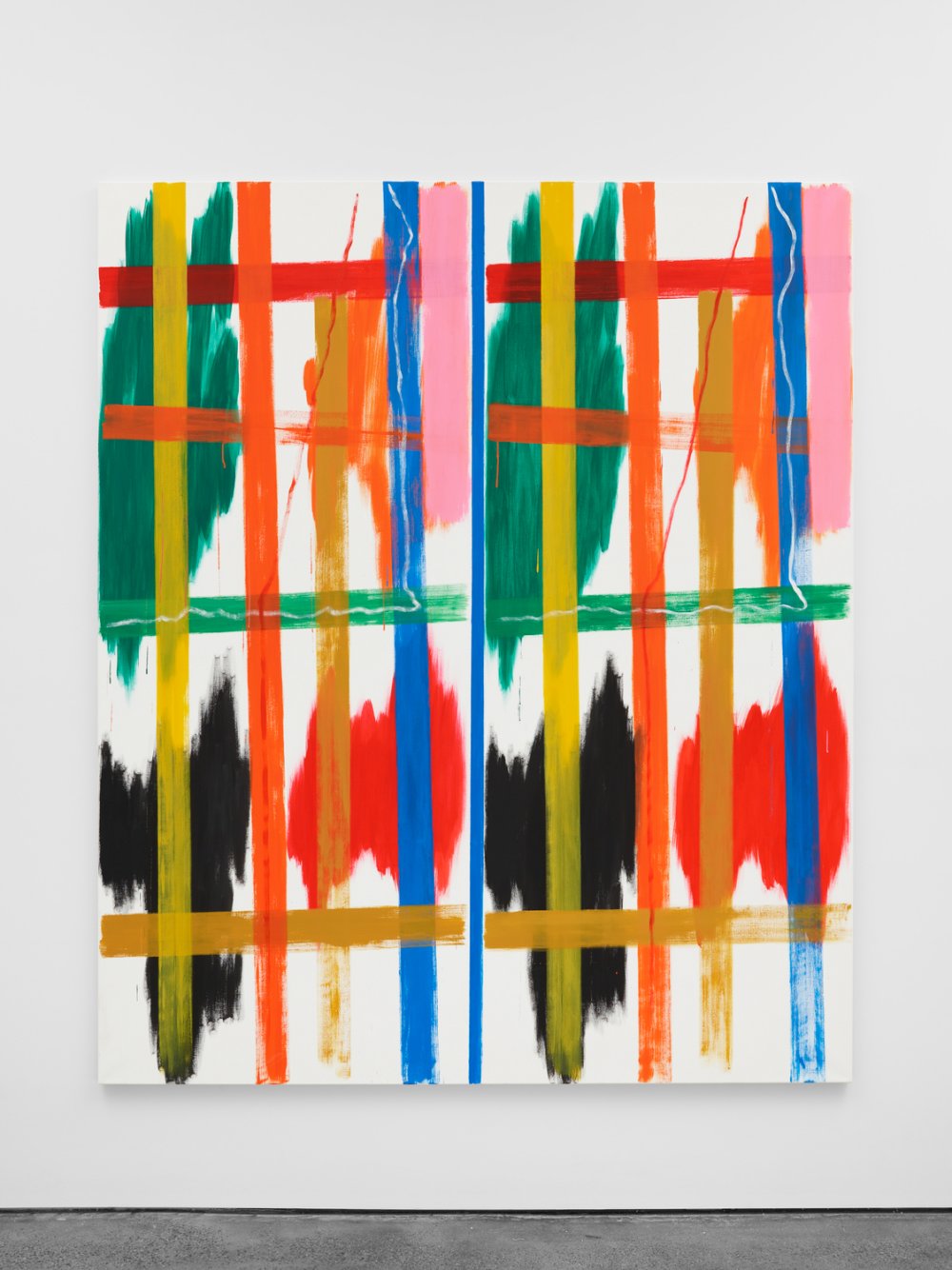 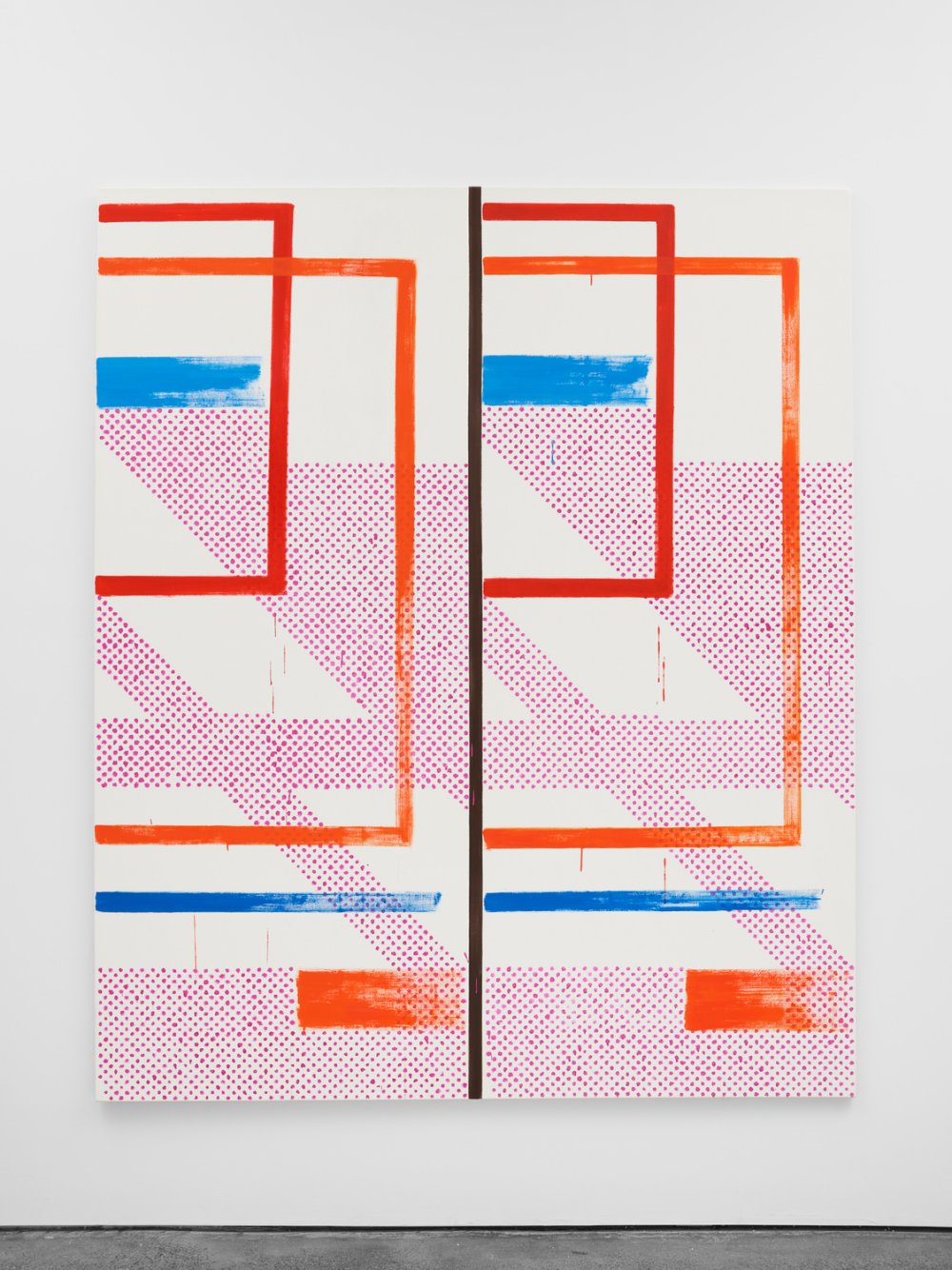 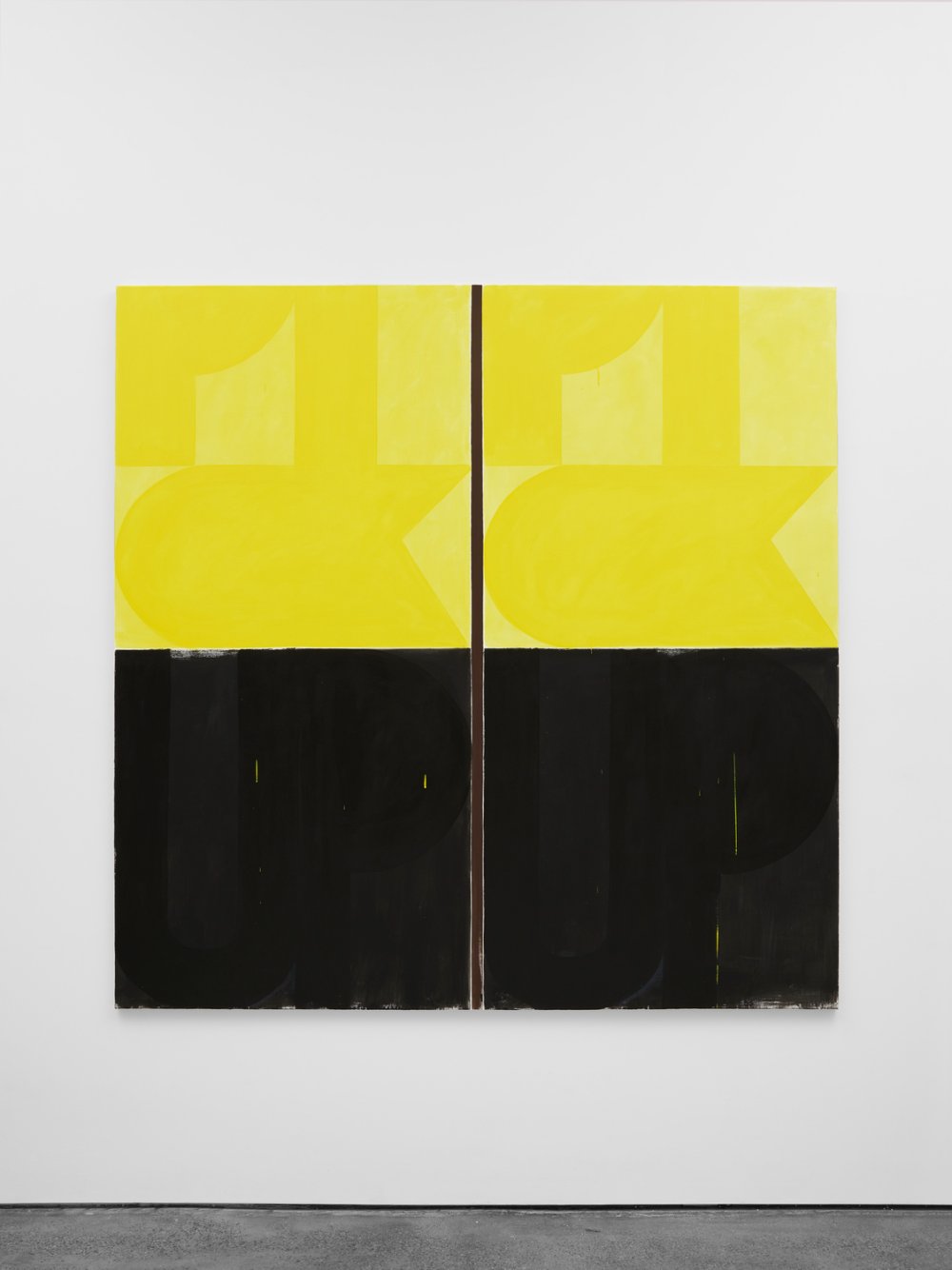 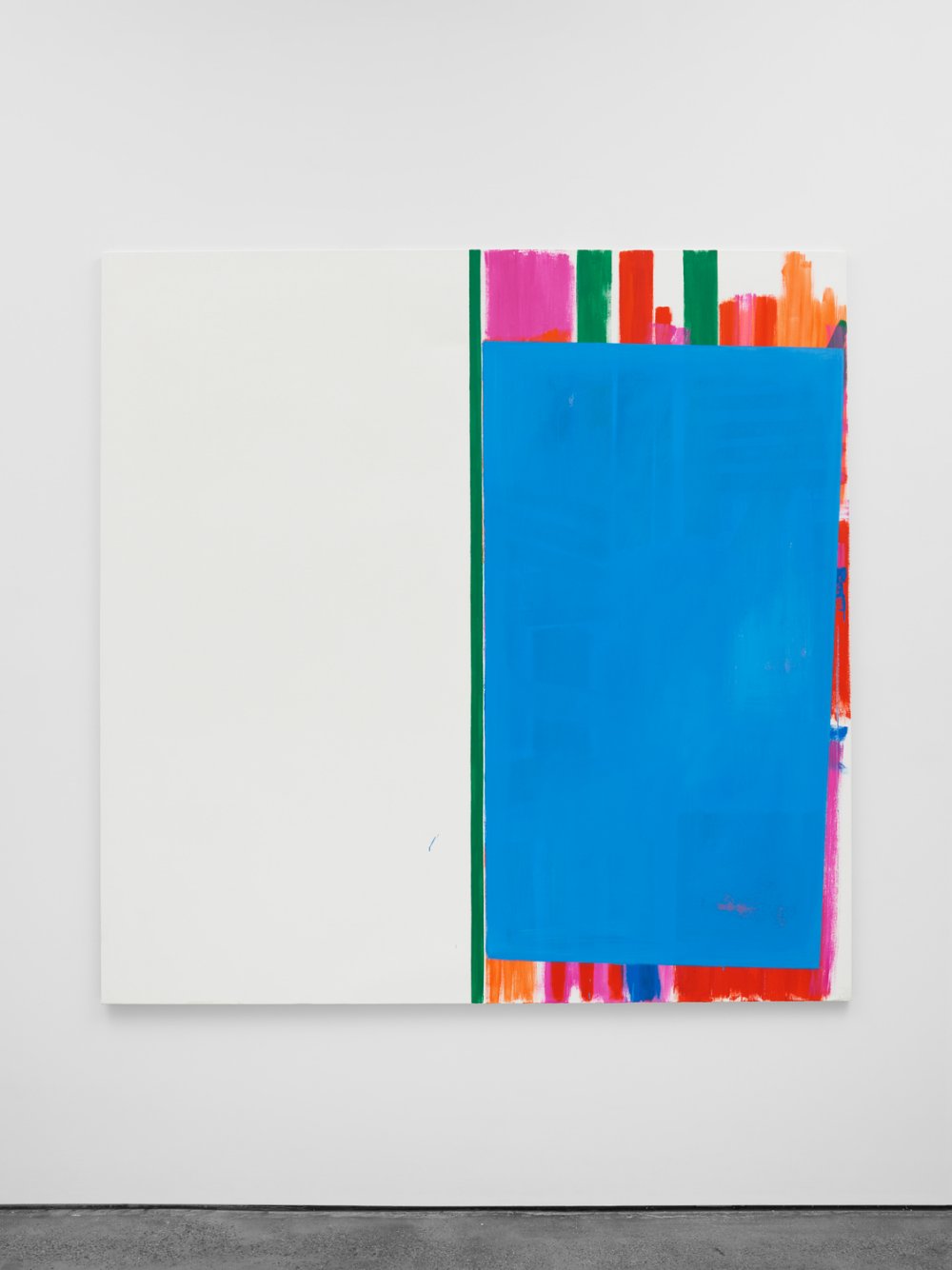 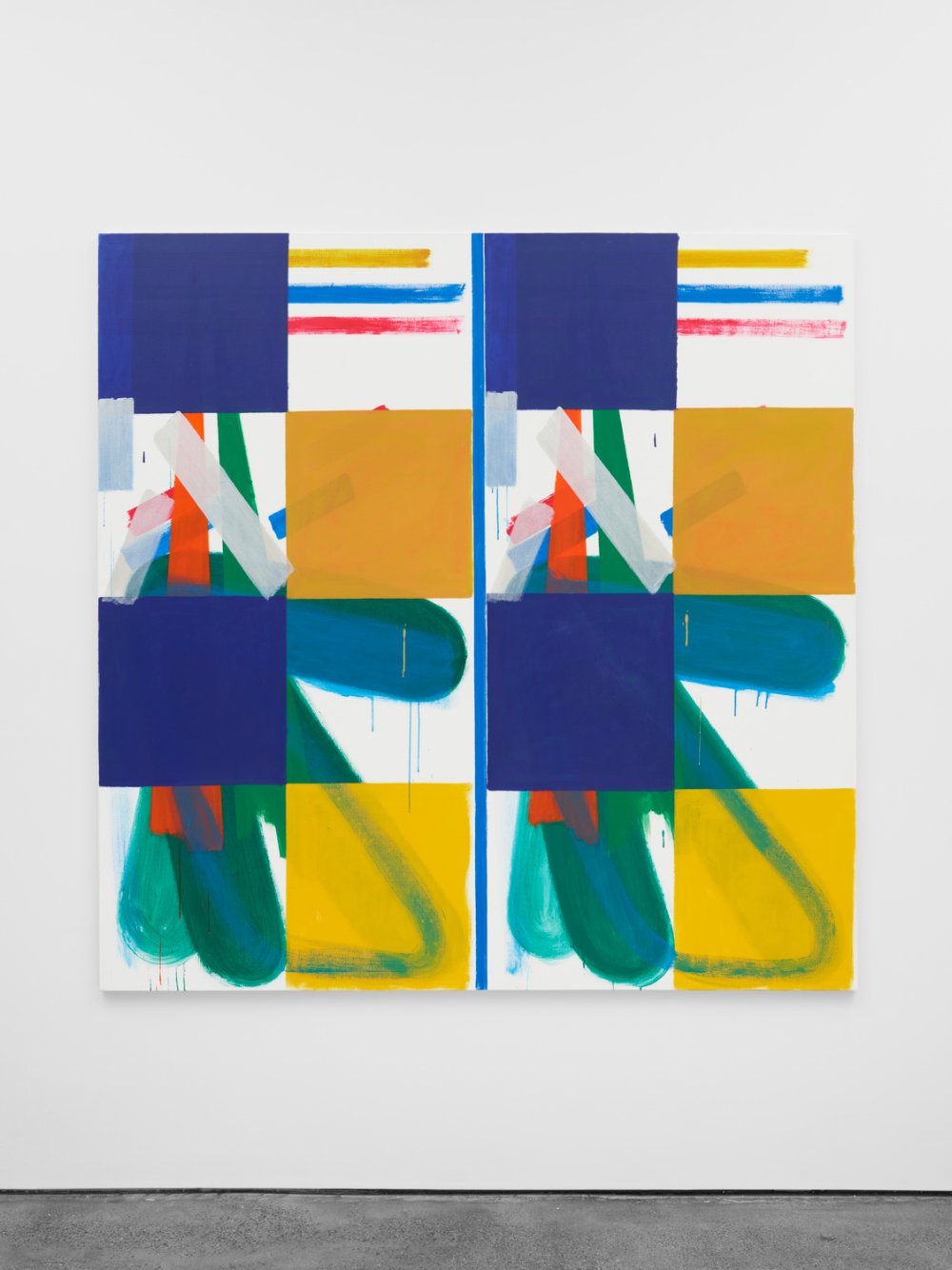 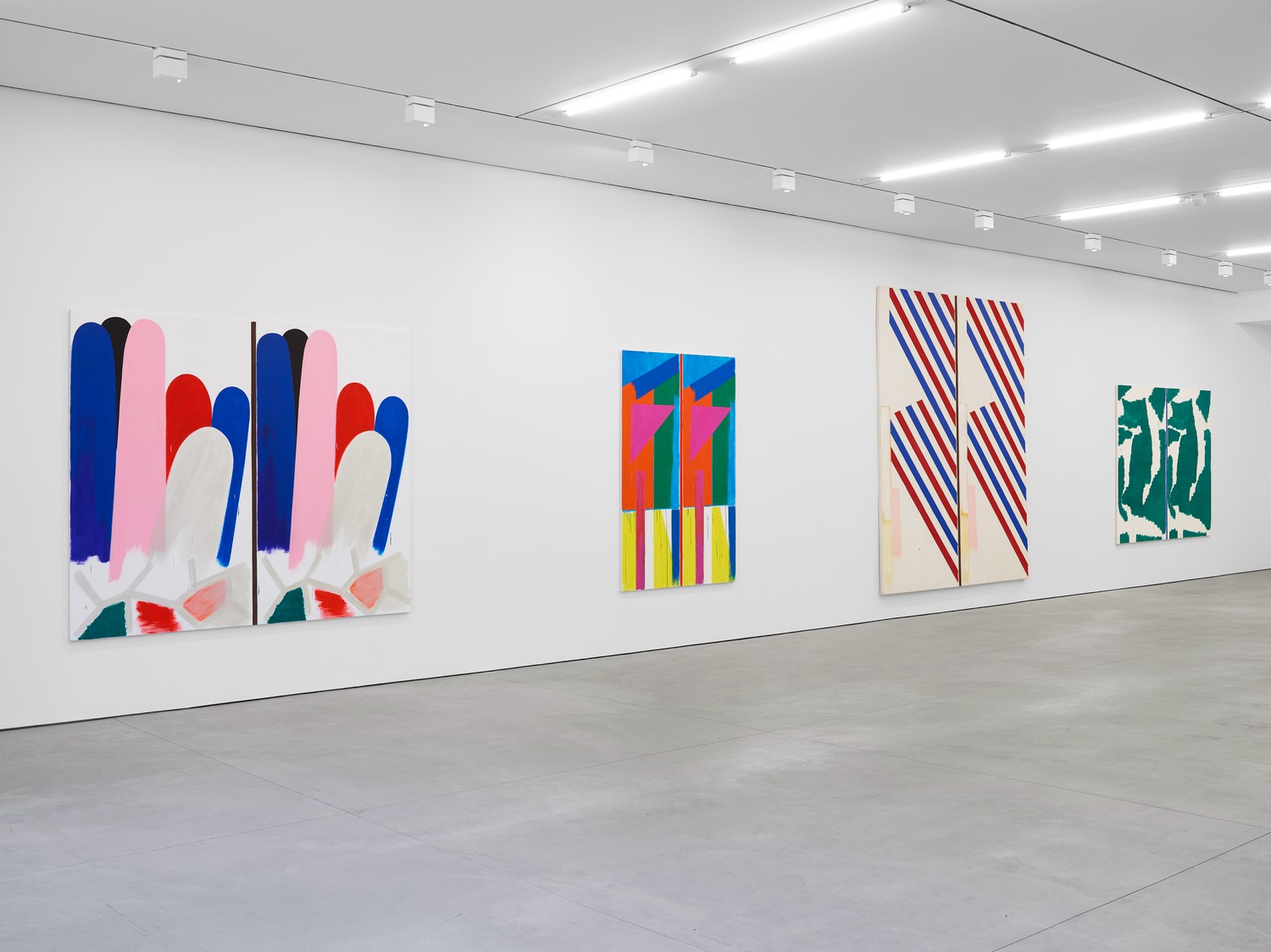 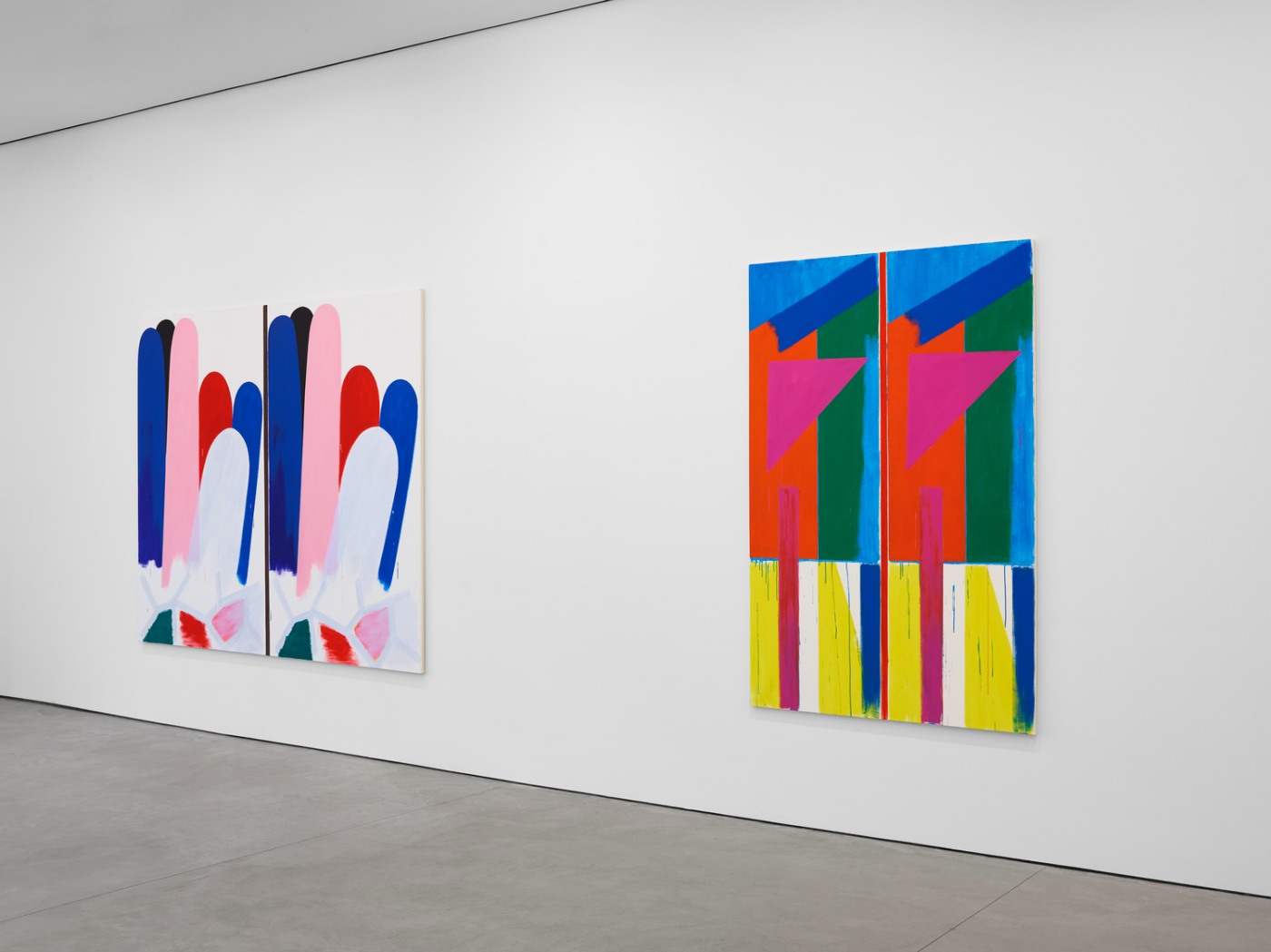 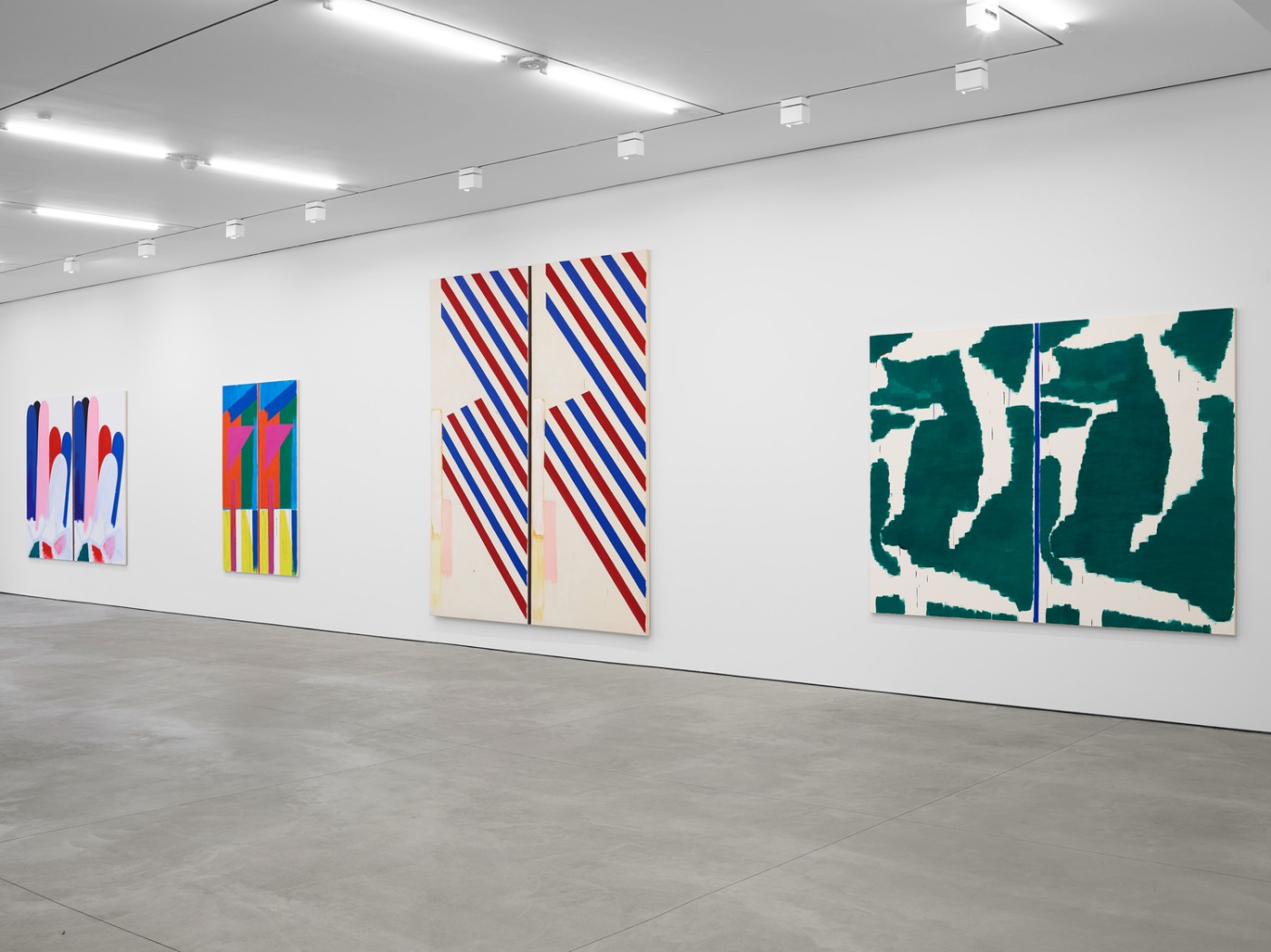 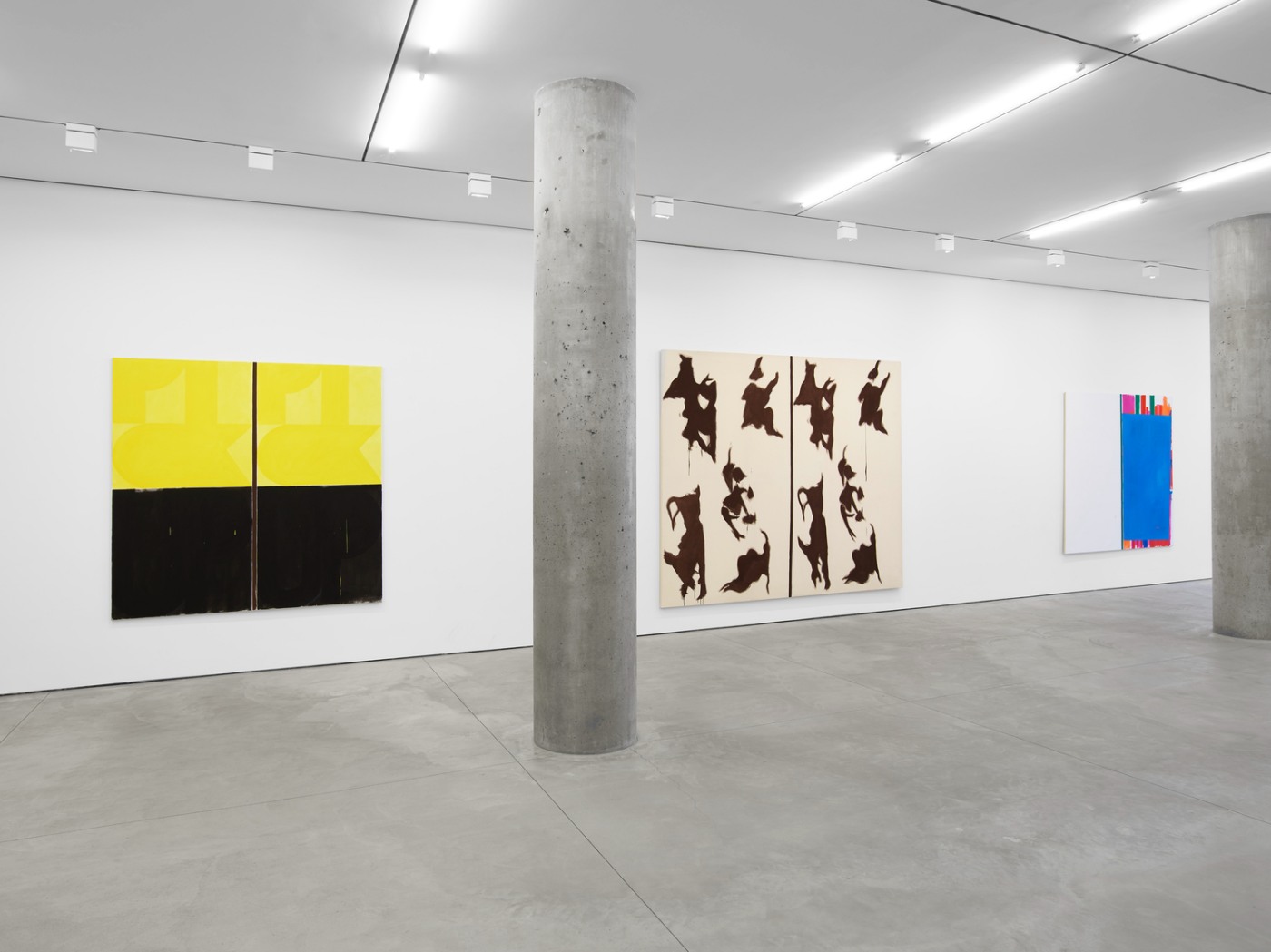 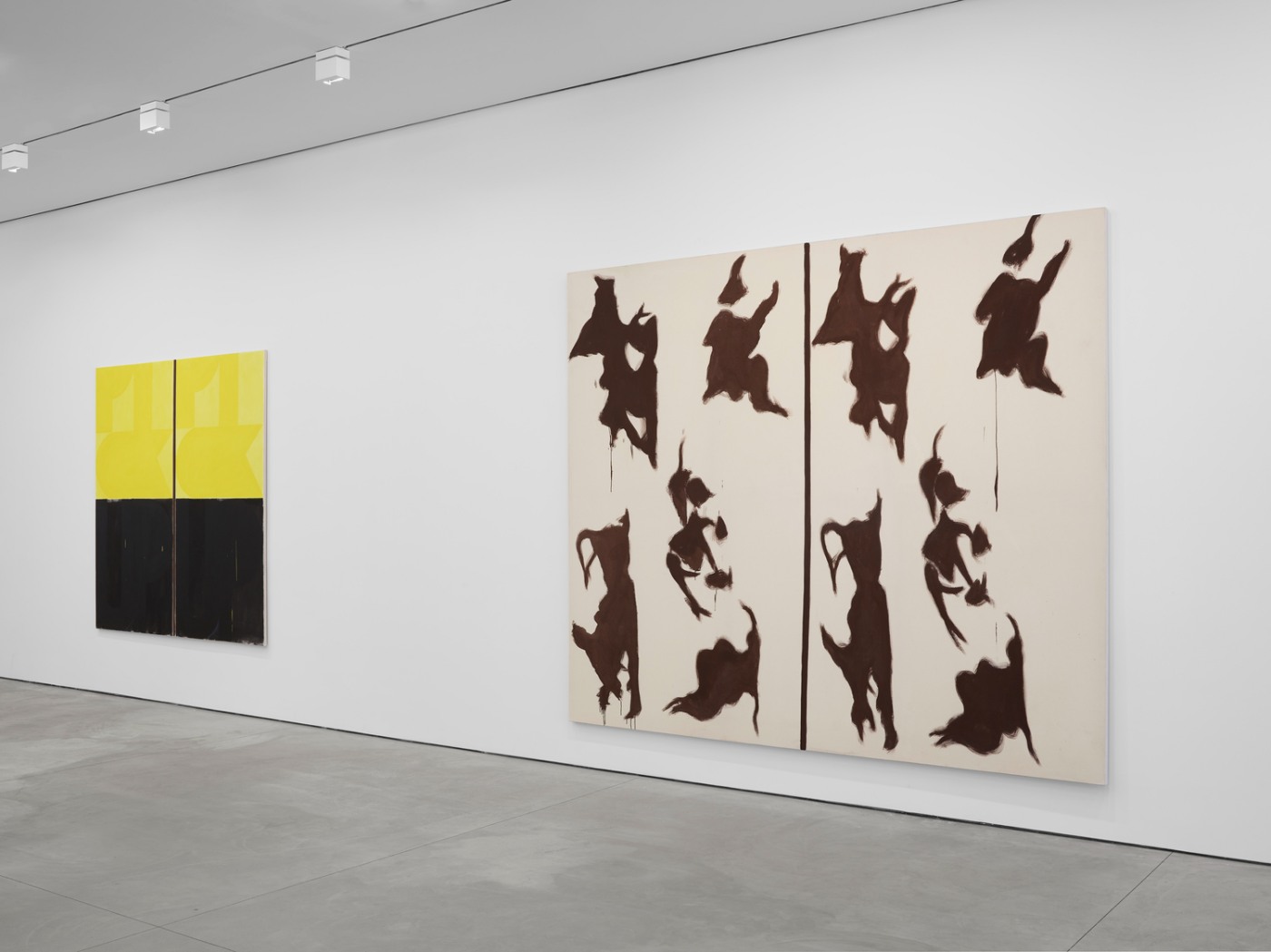 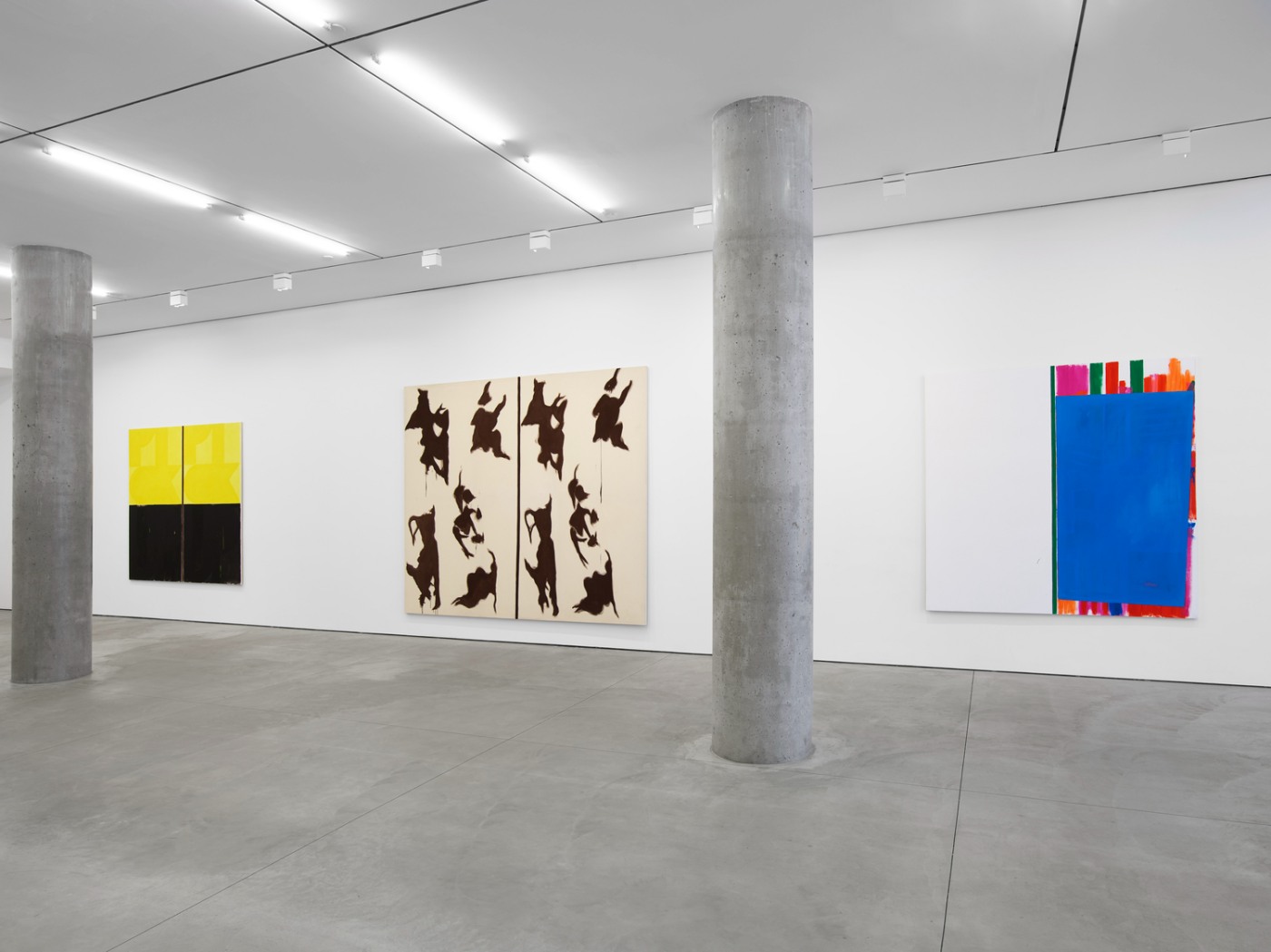 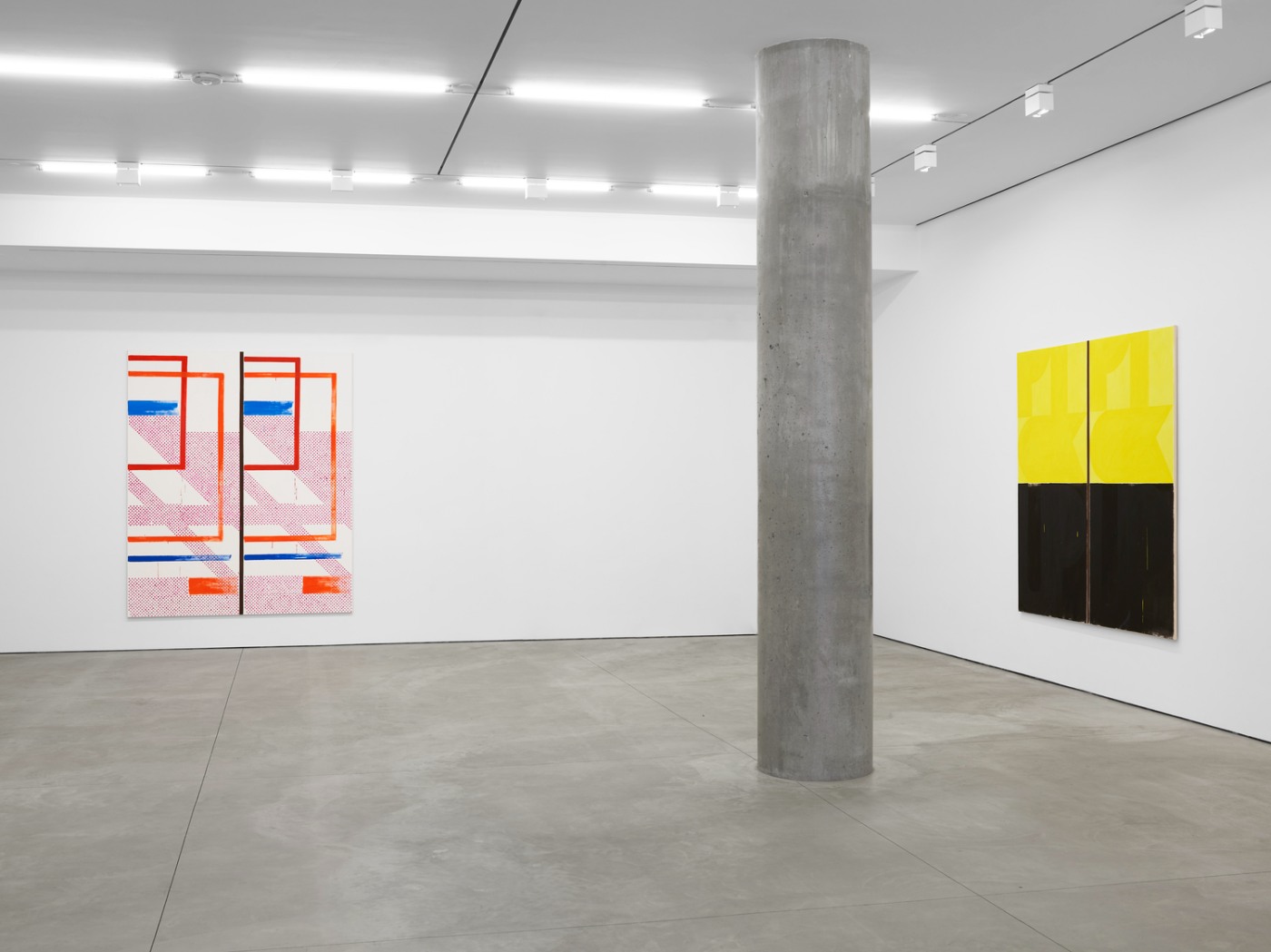 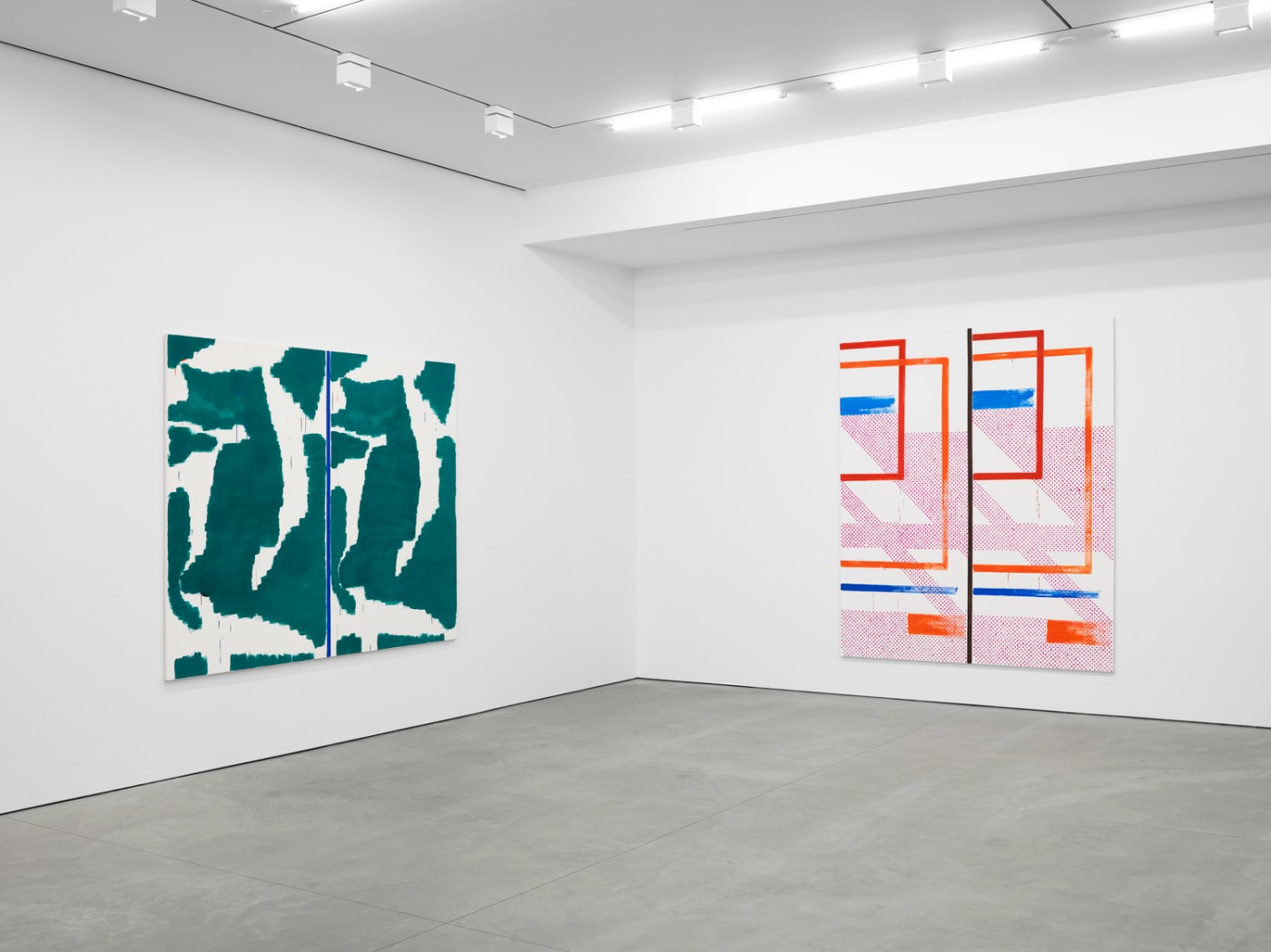 For over 40 years, Bernard Piffaretti has been bisecting his canvas with a vertical line and attempting to duplicate on one half the abstract image he has previously painted on the other. The second side is an inexact mirrored image of the original gestures, disrupting the viewer’s recognition of a reproduction. Central to this method is the perceived ambiguity of the original. Because we do not know which side of the canvas the artist painted first, we are unable to identify a ‘right’ or ‘wrong’ side, leaving a uniformly uneven double.

Pick Up is a term used by Piffaretti to describe not only his own unique painting system but the practice of many artists throughout history as well. Looking backward and forward at once, the artist’s visual language incorporates references and themes from the annals of painting. Pick Up is less a critique of abstraction and more a commentary on the concept of originality. The Paris-based artist has been influenced by French painters, notably Matisse, Daniel Buren, the Supports-Surface group, and certainly by the sense of play and humour evidenced in Marcel Duchamp’s conceptual practice. The works that make up his second exhibition at Lisson New York have been equally impacted by American painters, including Jasper Johns, Morris Louis, Barnett Newman and Andy Warhol.

While all the paintings in Pick Up are Untitled, a steady facet of Piffaretti’s practice, many feature specific visual vocabularies containing playful references to notable oeuvres. The most definitive reference to a particular work is the artist’s rendition of, and possible homage to, Jasper John’s Target with Four Faces (1955), in which Piffaretti reproduces both the form and colors of the iconic work. In this version, Piffaretti’s repetition transforms John’s serious and static motif into a pair of cartoon, spiraling, hypnotizing, eyes.

A painting from 2021 references Morris Louis’ signature ‘Unfurled’ series, made between 1960-61. Piffaretti inserts and mimics a section of Louis’cascading, multicolored ribbons amongst a grouping of clashing blocks of paint that recall French artist Nicolas de Staël. The vertical forms are mirrored in a tall and narrow 2005 work that address the ‘zips’ of Barnett Newman. Two paintings from 2021 and 2005 toy with Andy Warhol’s late ‘Rorschach’ series. In what can be understood as his own pick up process, Warhol’s inkblot works were achieved by painting one side of a canvas and folding it along the center to imprint on the other half. Piffaretti’s canvases reference the ambiguous, organic, and above all, chance forms seen in these works.

Bernard Piffaretti’s exceedingly recognizable method provides a physical representation of the unyielding forces of repetition throughout history. The works are not copies nor are they tributes. As the artist has stated on multiple occasions: “I paint painting.”

Work by Bernard Piffaretti will be included in the group exhibition “The Double: Identity and Difference in Art since 1900” at the National Gallery Washington DC, on view July 10 – October 31, 2022.