Thomas Dane Gallery presents the first UK exhibition of Bruce Conner’s film THE WHITE ROSE (1967), following on from the Gallery’s presentations of BREAKAWAY in 2019-2020, A MOVIE in 2017 and CROSSROADS in 2015. 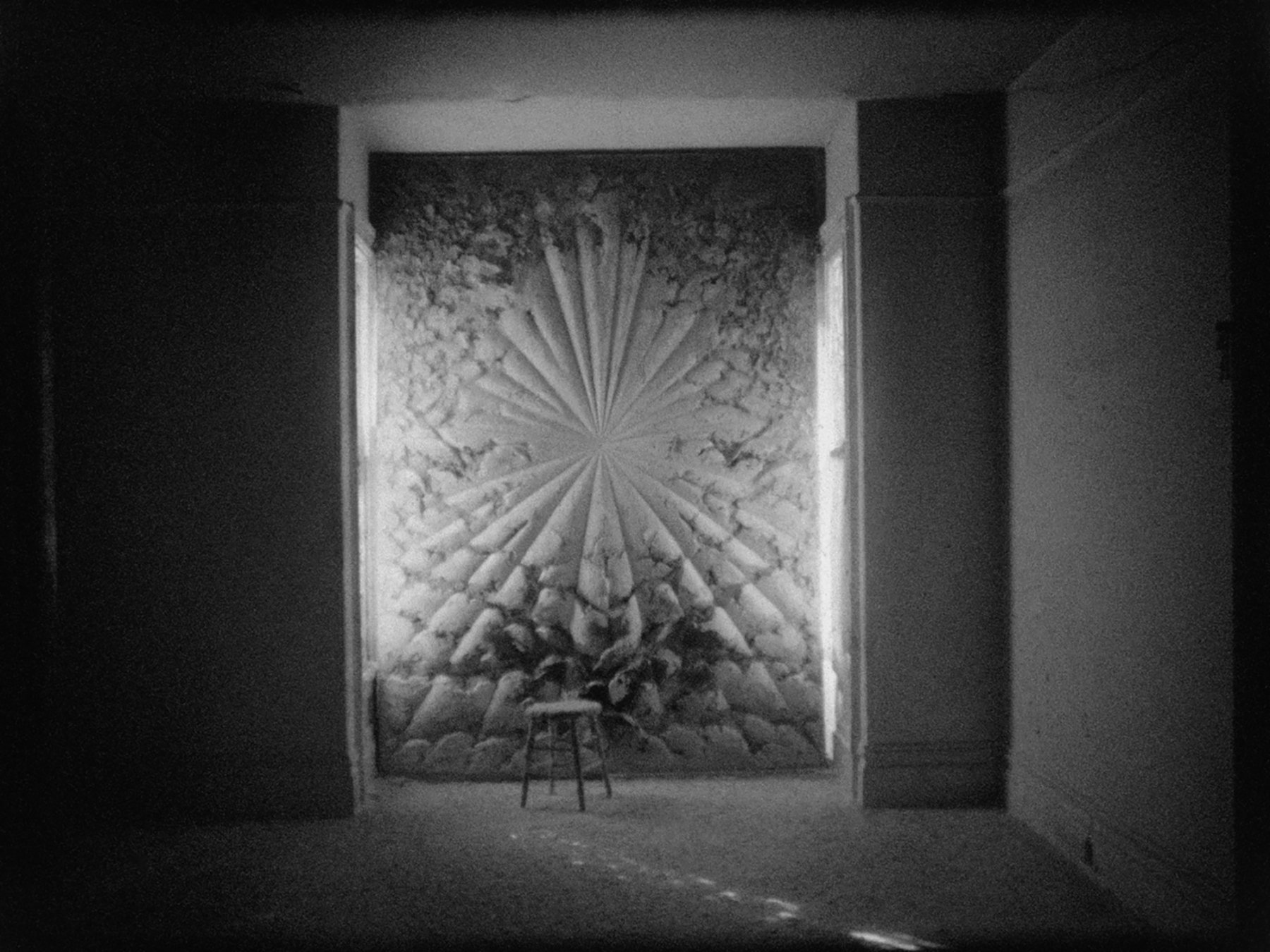 A work born of Conner’s profound friendship with artist Jay DeFeo (1929–1989), THE WHITE ROSE captures the deposition and removal of DeFeo’s eponymous painting from her first-floor San Francisco apartment in 1965, a monumental work that she began in the late 1950s and worked on obsessively for eight years, eventually layering over two thousand pounds of paint onto the canvas.

The intimate black and white film captures the fabled painting’s last moments in the apartment’s bay window recess, a space covered in chunks of paint as though an extension of the work, which Conner likened to a site-specific environment and “a temple”. Sutured by Conner’s sharp, rhythmic editing and set to music from Miles Davis’s album Sketches of Spain, THE WHITE ROSE is a tender document of artistic friendship, and an affectionate record of a key moment in Beat Generation art history.

Bruce Conner (b. 1933 McPherson, KS, d. San Francisco, CA, 2008) was one of the foremost American artists of the twentieth century, whose transformative work touched on themes of post-war American society, from a rising consumer culture to the dread of nuclear apocalypse. Working in a range of mediums, Conner created hybrids of painting and sculpture, film and performance, drawing and printing, including works on paper utilising drawing and collage. Conner came to San Francisco on the wave of the Beat Generation of the late 1950s, becoming an active member of the music scene during the late 1960s. In San Francisco, Conner became a singular practitioner within the underground film community and the flourishing San Francisco art world, achieving international status early in his career. Conner received his BFA from Nebraska University before studying at the Brooklyn Museum Art School and the University of Colorado.