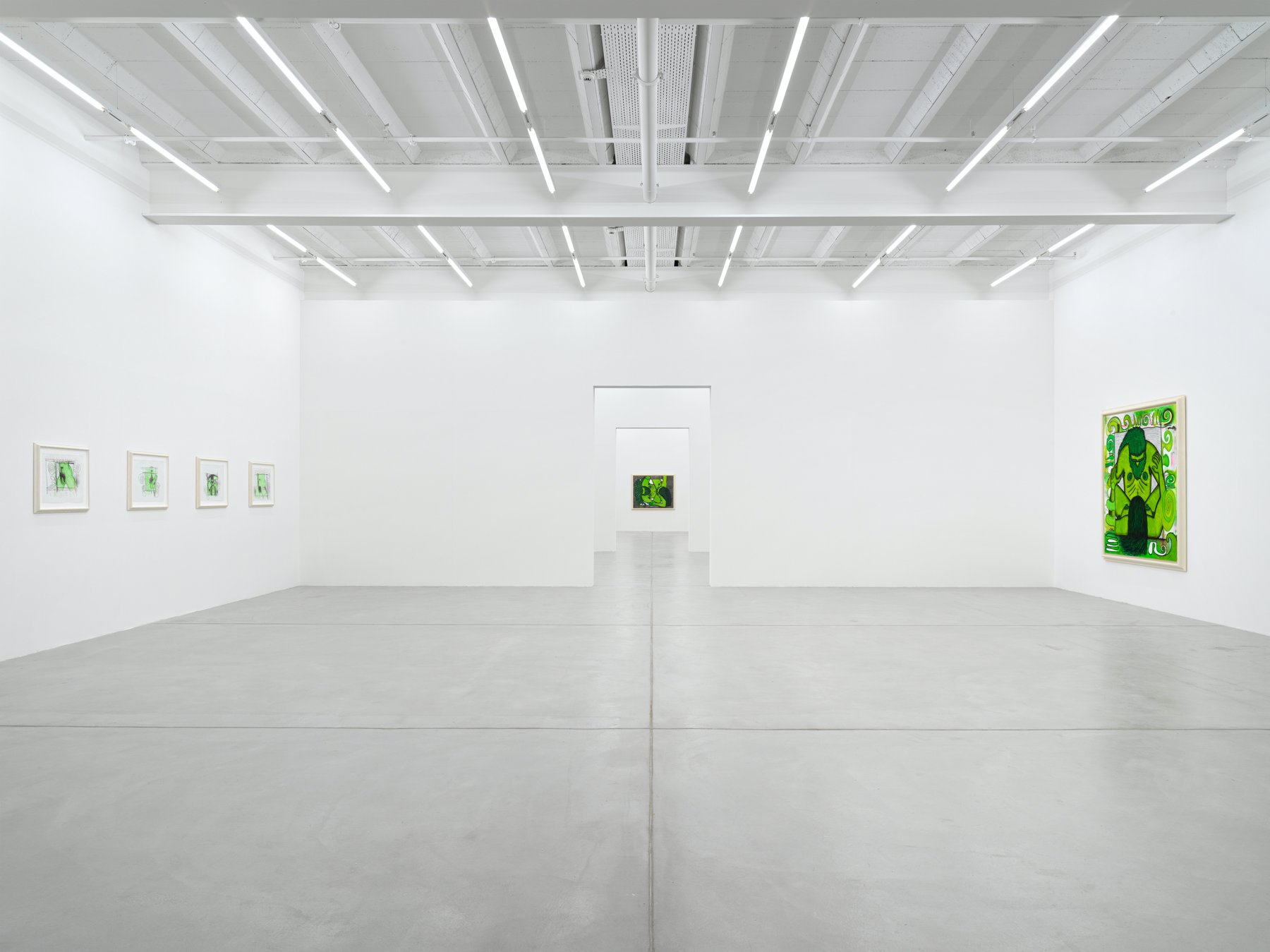 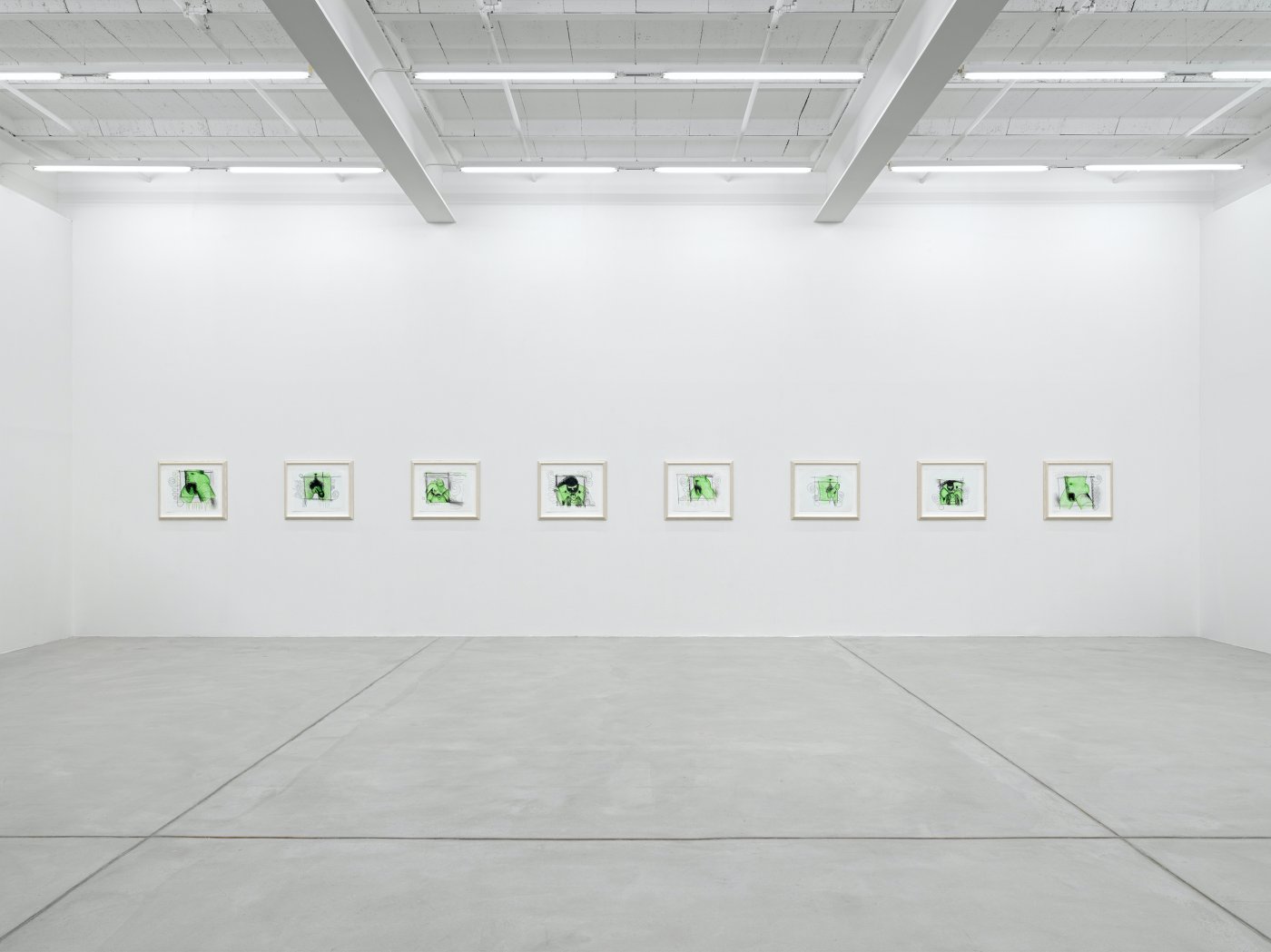 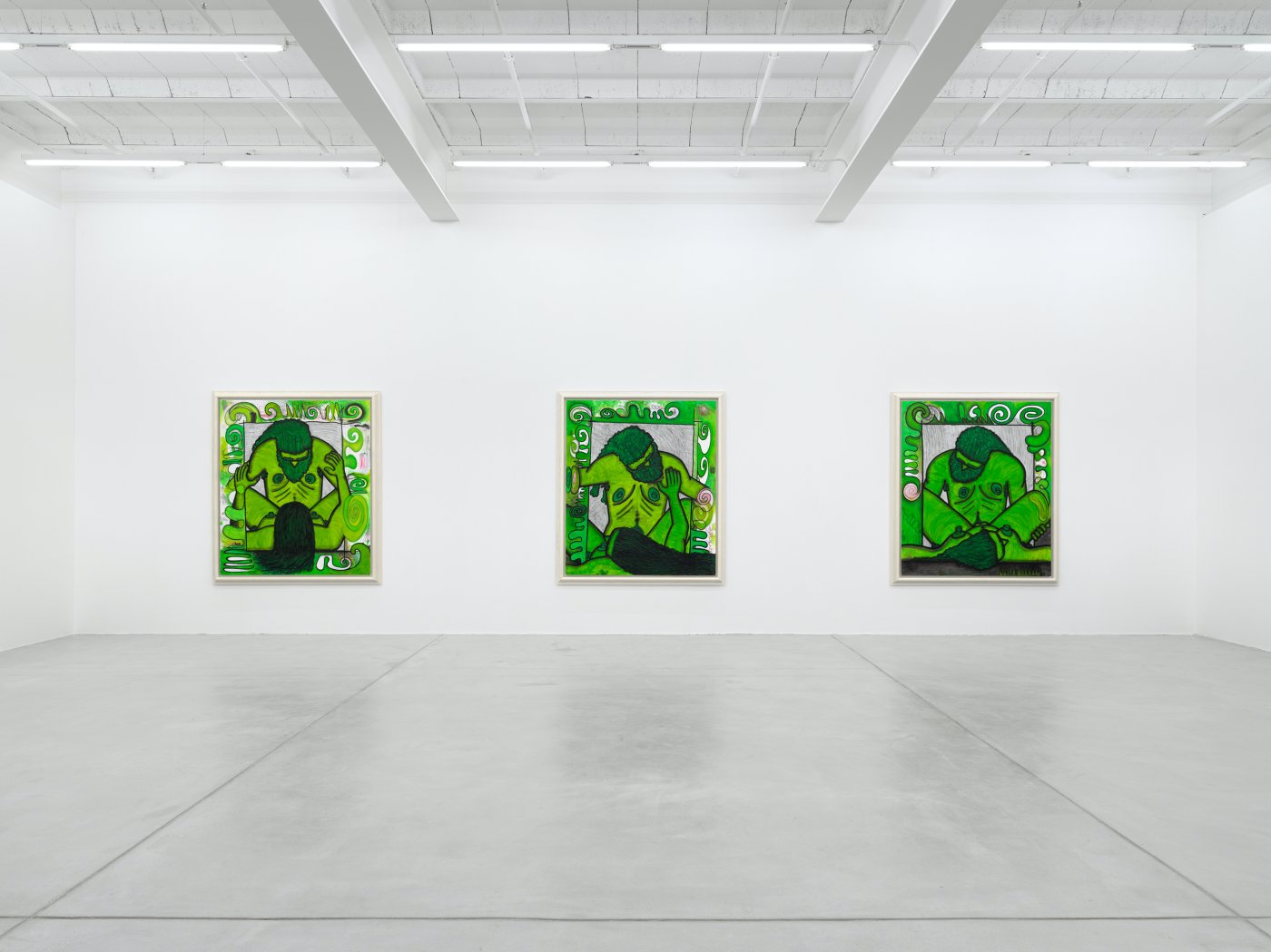 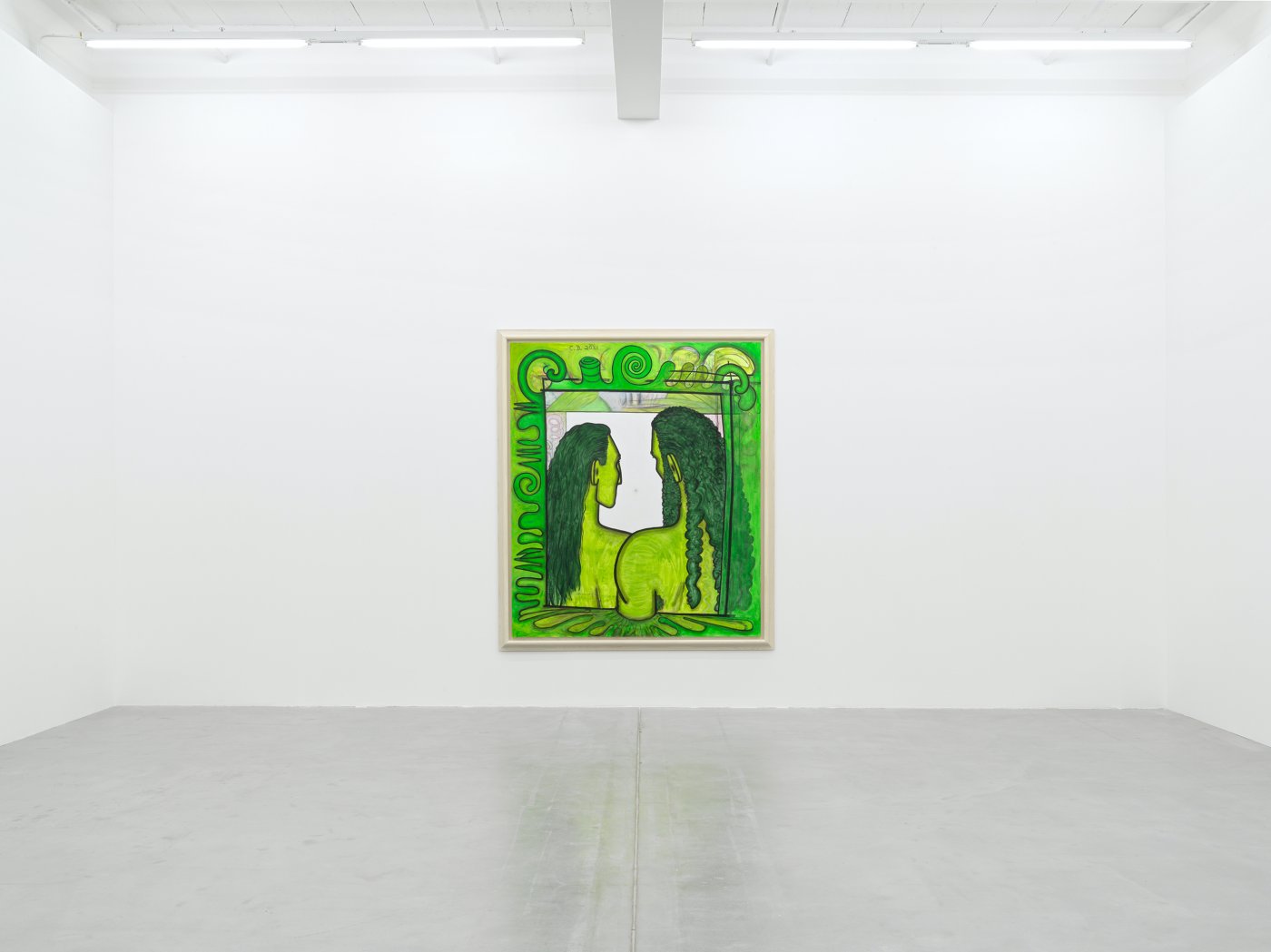 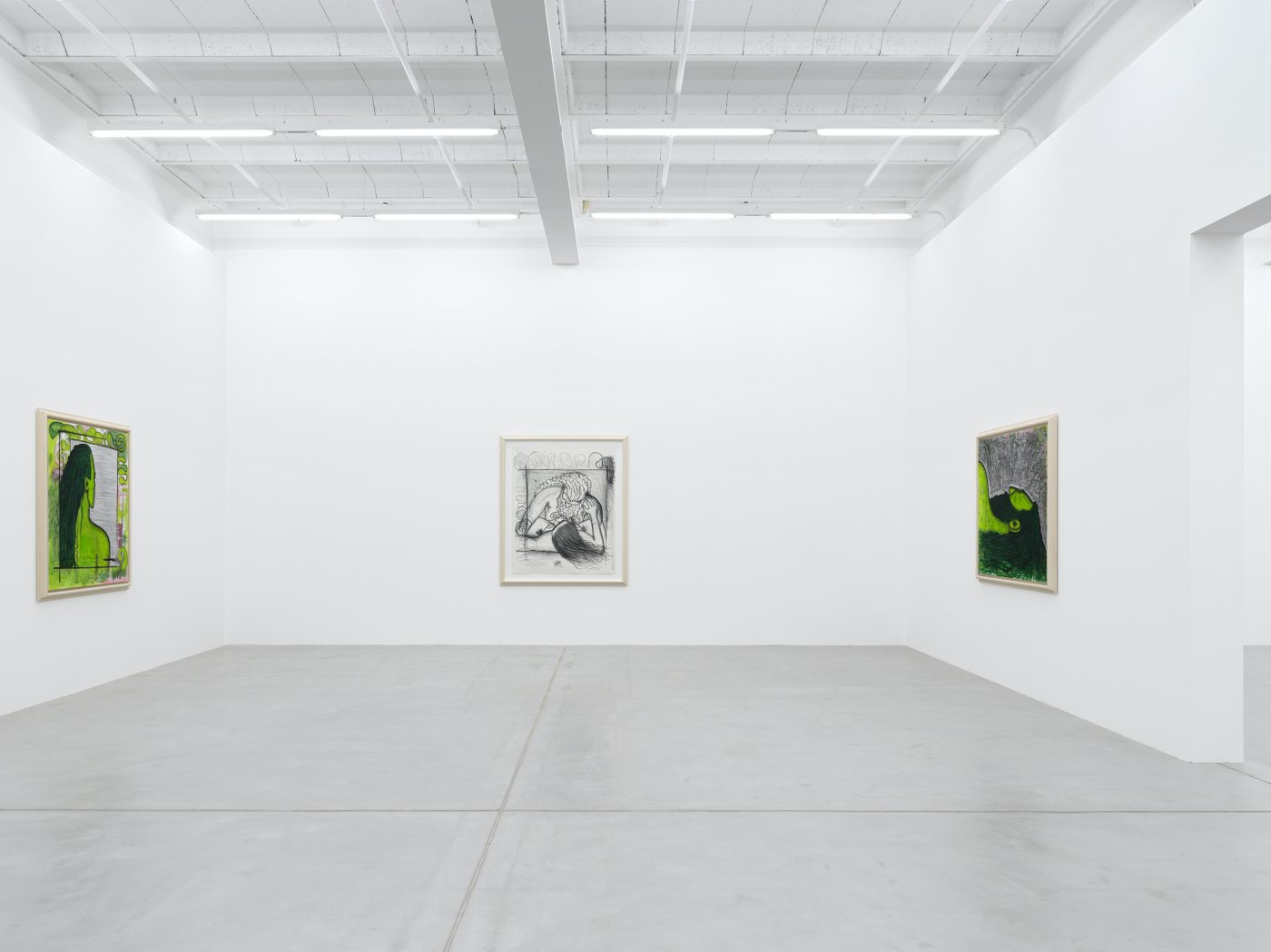 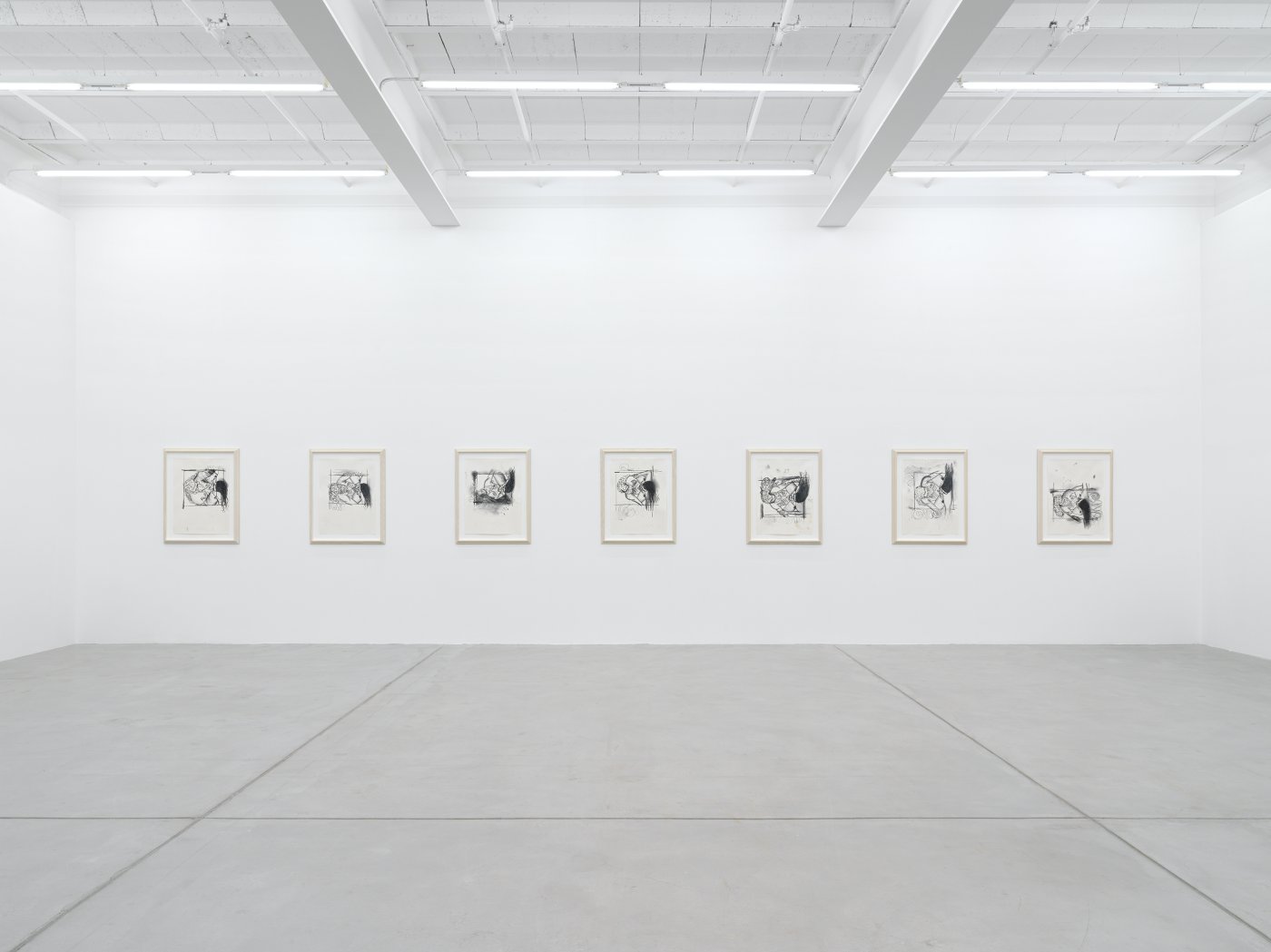 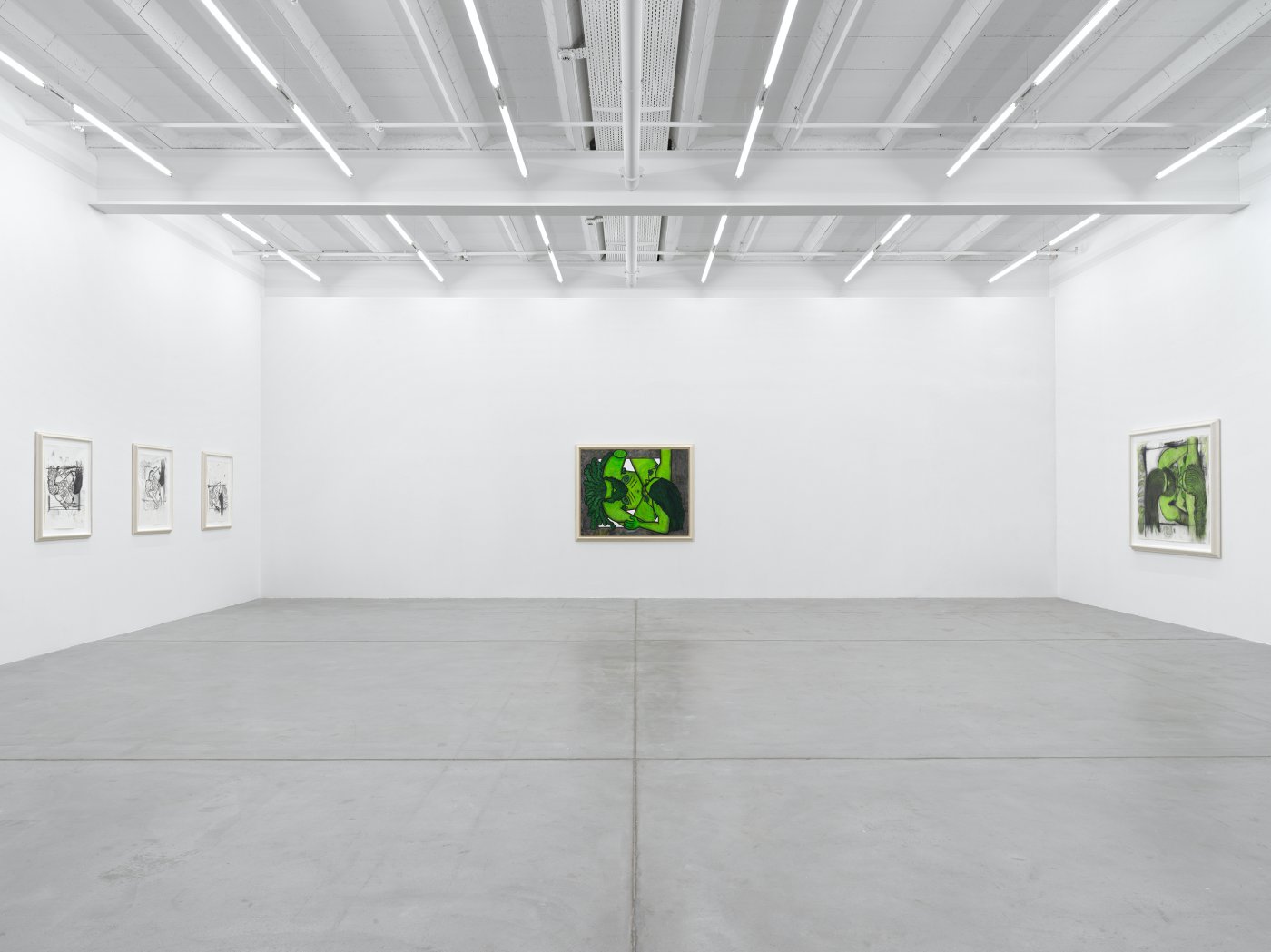 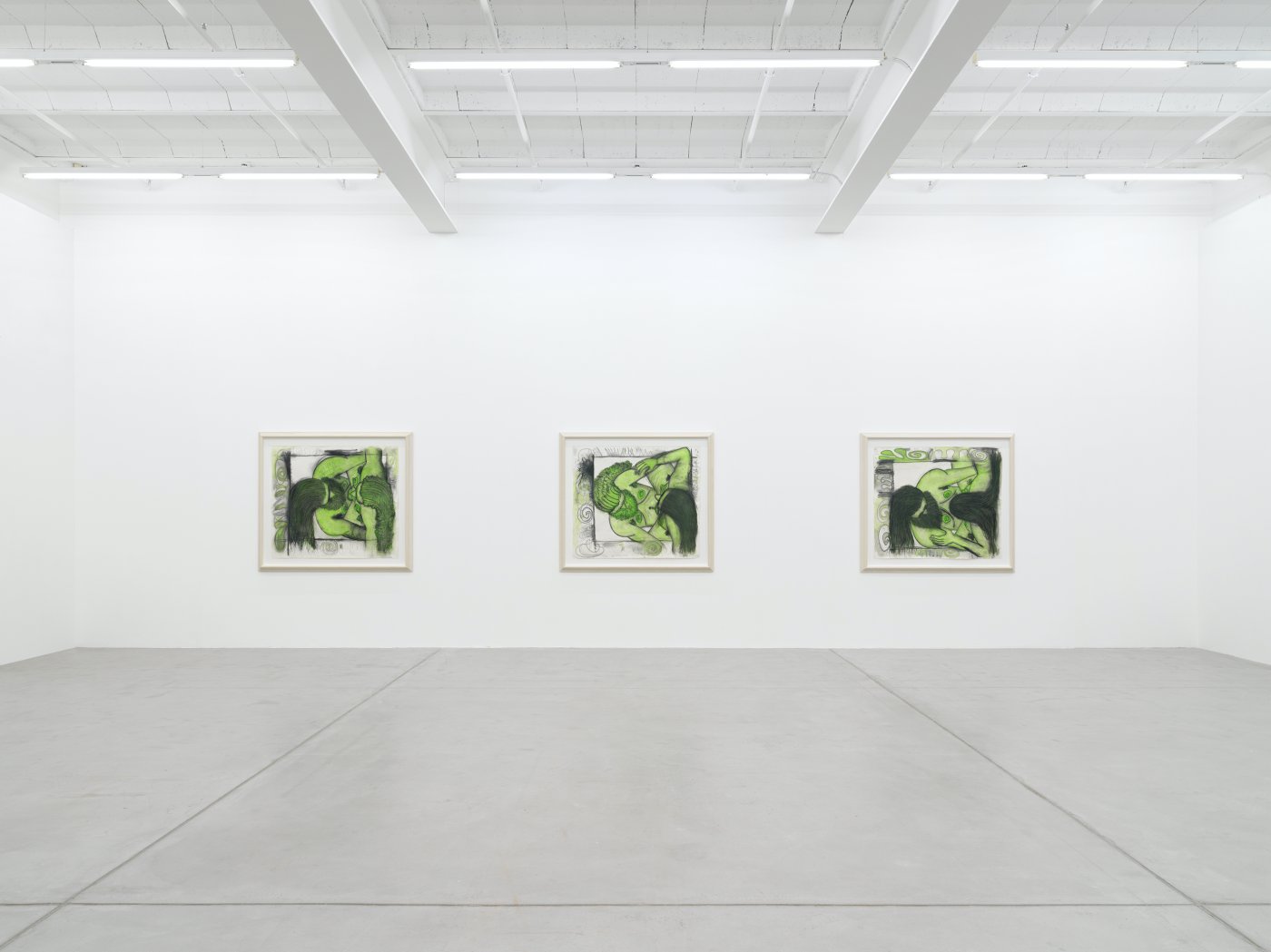 People have said, “Carroll Dunham makes dirty pictures” for decades. Yet his works, which depict nipples, penises, scrotums, pubic hair, and anuses, are endowed with such playful inertia, they sidestep sex appeal entirely. (As one critic wrote, nipples in a Dunham painting look like little Puritan hats). When viewers are faced with hairy labia and say “pornography,” that word points more to their own anxiety than to the charge of the paintings themselves. Why are hairy labia in a painting dirty? Because they’re difficult?

In her viral essay in the Sewanee Review, Melissa Febos writes of the rules we make around difficult things: “We like to assign the trouble we have to the thing that troubles us. The problem is not that vagina is an unsexy word. Or that nipples never do look like pencil erasers. The problem is that we have exiled sex in our minds. We have isolated it from the larger inclusive narrative, and we have limited its definition to that which serves the most privileged class of protagonists.”

Dunham has painted unsexy penises and labia—and nipples that look like pencil erasers—for years, and his subjects are hardly a privileged class of protagonists. Beginning in 2008 with his Bathers series and continuing to his most recent body of work, Qualiascopes (2021), the protagonists in his paintings are, as he says, “pre or post- technological.” Their origin lies outside contemporary culture: they are either thousands of years old, or dropped from outer space, or perhaps teleported from an ancient future. Buck naked, human-ish, with male and female anatomy, they are bathing, hunting, frolicking, and fighting within forests, pools, and deserted landscapes. And yet, for all his critics’ obsession with pornography, there is one thing his figures have never done until now: have sex.

With his new series, Qualiascopes, Dunham has invented a narrative conceit that isolates his protagonists. The seven paintings and nineteen drawings in this exhibition show these figures—in multiple shades of Kryptonite green—centered within drawn and painted frames. This intentional isolation is reinforced by the works’ titles, such as Qualiascope: Female & Male Captured Together, implying imprisonment and observation. Four of the paintings, Qualiascope: Coitus Diagrams (one, two, and three) and Qualiascope: Box of Light, show the green figures mating.

In some images, the male figure’s arms have been amputated, like cleanly pruned tree limbs, with spiral marks on the stumps making direct reference to Dunham’s Trees paintings (2007–2012). In other works, both figures’ appendages spread beyond the limits of the canvas, calling us to imagine what lies beyond the frame or, more darkly, outside the enclosure. In each Coitus image, action is exactly as cold as the clinical titles imply. The figures look down or away, bracing themselves against each other’s rigid bodies. Here Dunham has shown us sex, yet the new paintings and drawings are still profoundly unsexy and not at all about desire. Or, to phrase it another way: if sex is about desire, Carroll Dunham’s paintings are not about sex.

His invented conceit is a precise narrative: marginal figures captured for scientific study by a privileged class. In his words:

If humans like us, from our type of culture, encountered such beings, they would be submitted to testing and probing to determine their nature, to decide if they should be considered dangerous or useful, to understand if they are “animals” or “people.” Investigation of a new species would inevitably involve studying males and females both separately and together, and their sexual habits would be analyzed invasively. Machines would be involved, scanners and probes, perpetrating various indignities. A fundamental question would be: are these new beings intelligent, what do they experience, are they “conscious” in the same sense that we think we are?

To measure the consciousness of the green beings, Dunham continues, their captors would use a “qualiascope”:

“Qualia” is a term in philosophy for the immediate qualities of subjective experience. For example: the redness of red or the sweetness of honey. Individual experience of qualia is utterly private and inaccessible to another person’s observation. The “qualiascope” is an imaginary device that would measure consciousness (it could be thought of as a consciousness meter). The qualiascope was first imagined by the Italian neuroscientist Giulio Tononi who thinks such a device may one day be possible (and desirable). If available, a qualiascope would certainly be used to study alien beings.

The conventions of surgical theater are as old as surgery itself, originating in Ancient Greece. For millennia, operations took place in spaces built for public observation—literal theaters—and this language has never left us. Doctors still “perform” surgery, the body positioned as a mere prop. With the Qualiascope paintings and accompanying drawings, Dunham has placed his protagonists on this stage, and we, the viewers, are seated in the surgical theater, watching the mundane exposure of their bodies.

Dunham has narrowed the frame while widening the lens of subjectivity. We are implicated, and the nuance of our involvement exposes us right along with Dunham’s captured class of green beings.

Mary Simpson
An artist and writer in New York

Carroll Dunham was born in 1949 and lives and works in Cornwall, CT, US, and New York, NY, US. In 2002, Dunham was the subject of a mid-career retrospective at the New Museum of Contemporary Art, New York, NY, US; and has had solo exhibitions at the Denver Art Museum, Denver, CO, US; Museum Ludwig, Cologne, DE; Millesgarden, Stockholm, SE; and Drammens Museum, Drammen, NO. In 2019, Dunham was the subject of a major exhibition, Carroll Dunham / Albert Oehlen: Bäume / Trees, at Kunsthalle Düsseldorf, Düsseldorf, DE. Curated by Gregor Jansen and Cornelius Tittel, the two-person exhibition traveled to the Sprengel Museum, Hannover, DE, in 2020. Dunham’s work is represented in notable private and institutional collections worldwide, including the Albertina Museum, Vienna, AT; Museum of Contemporary Art, Los Angeles, CA, US; Museum Ludwig, Cologne, DE; Museum of Modern Art, New York, NY, US; Sammlung Olbricht, Essen, DE; Philadelphia Museum of Art, Philadelphia, PA, US; Tate Collection, UK; and Whitney Museum of American Art, New York, NY, US.