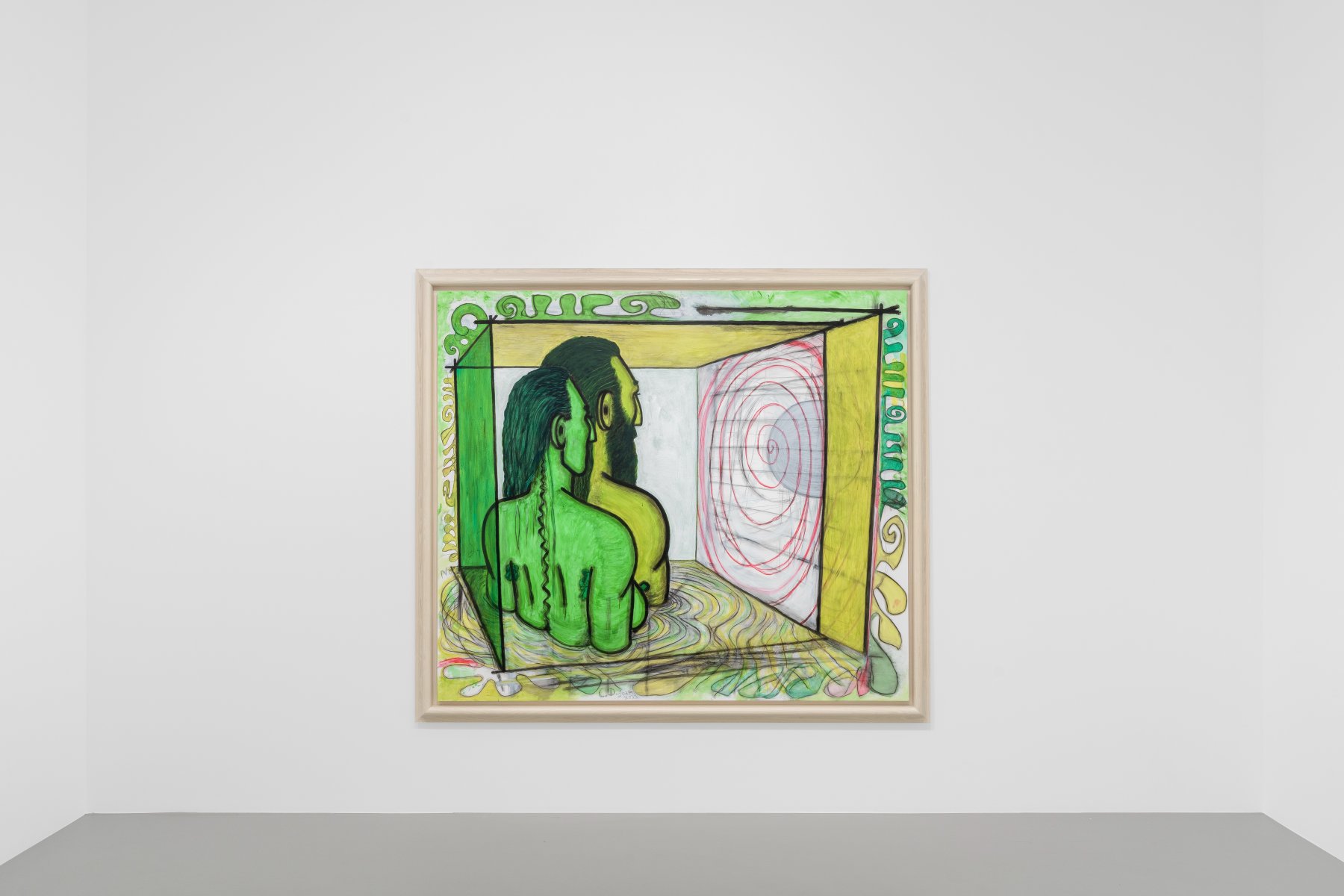 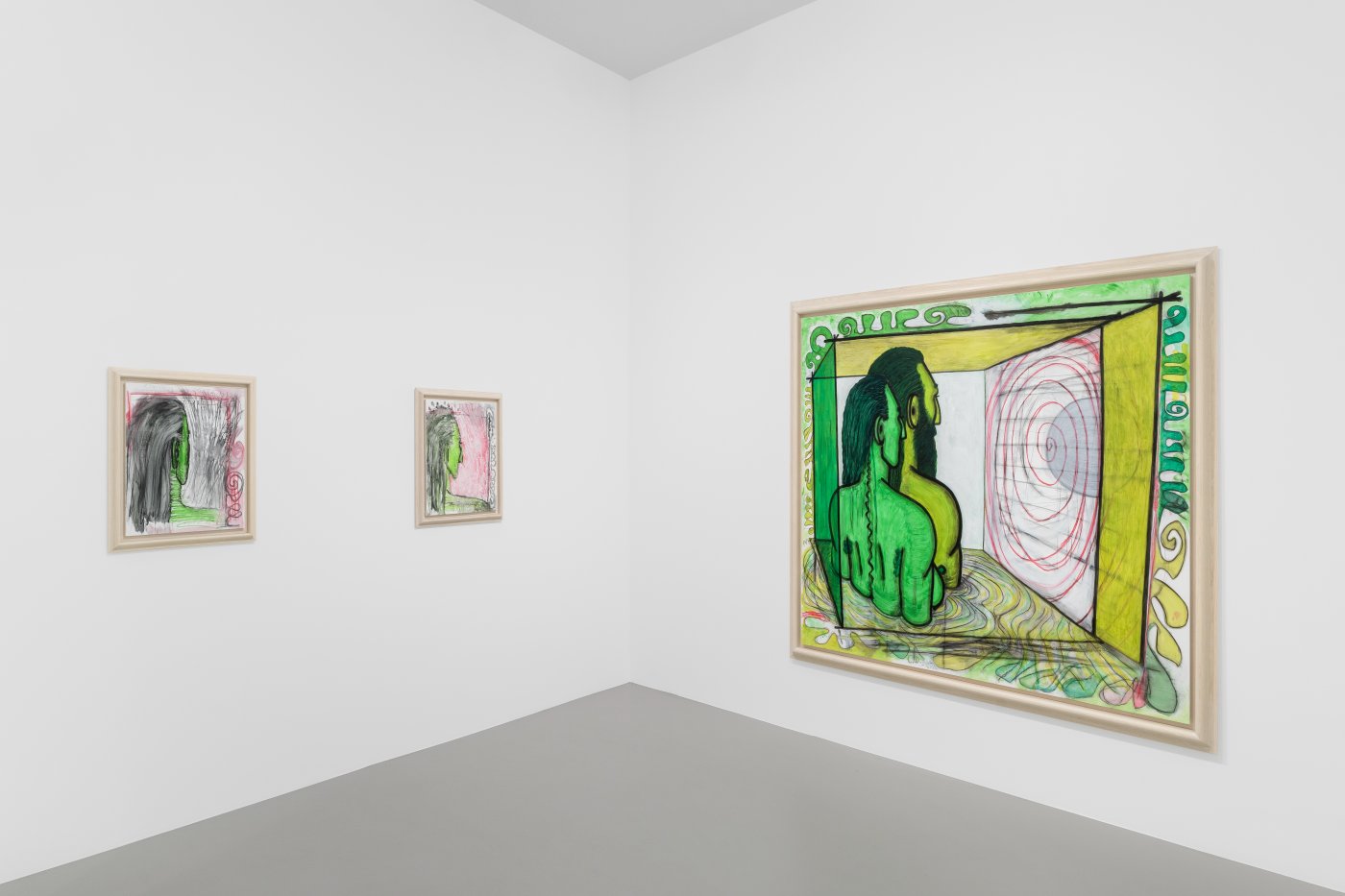 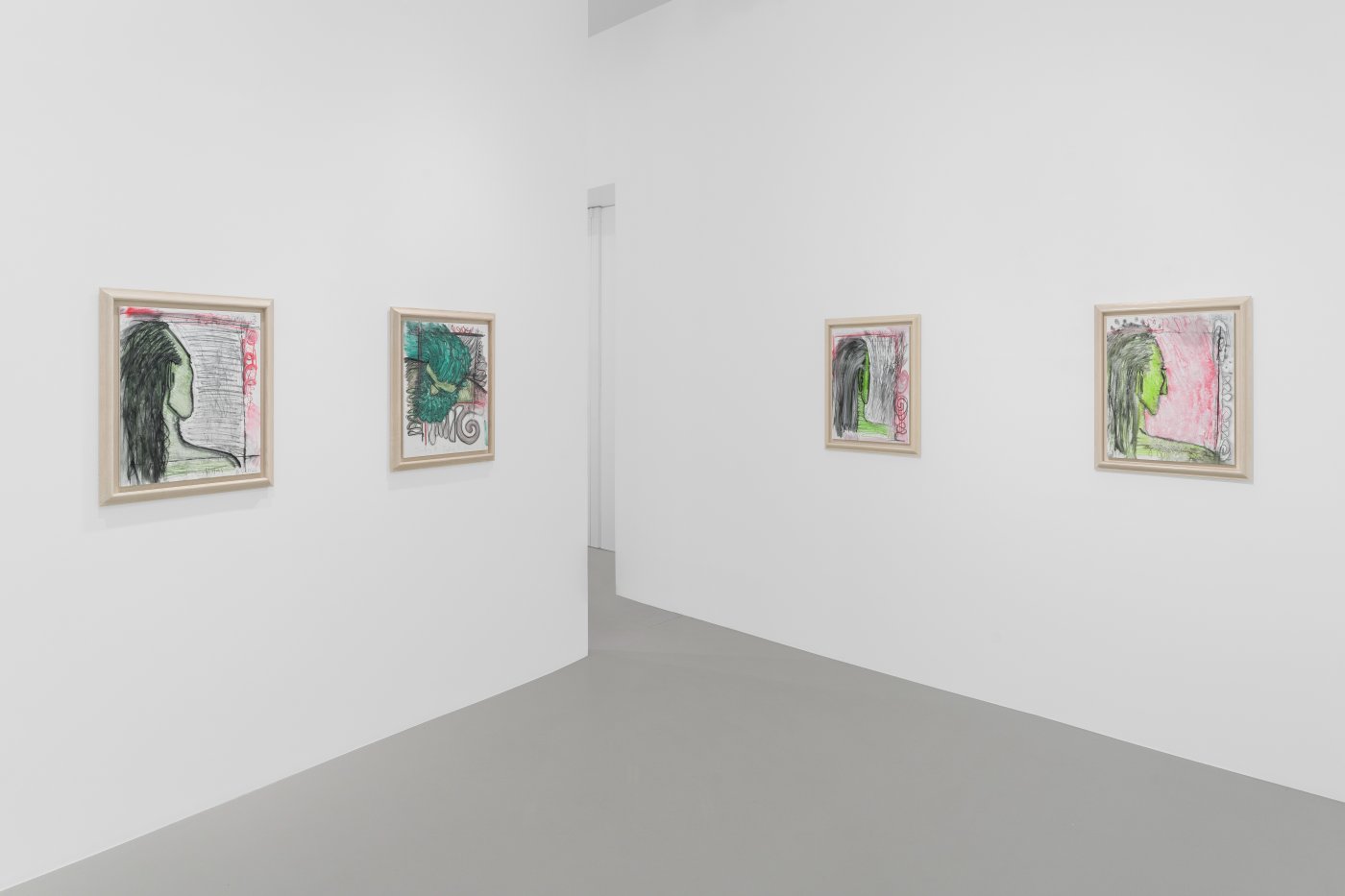 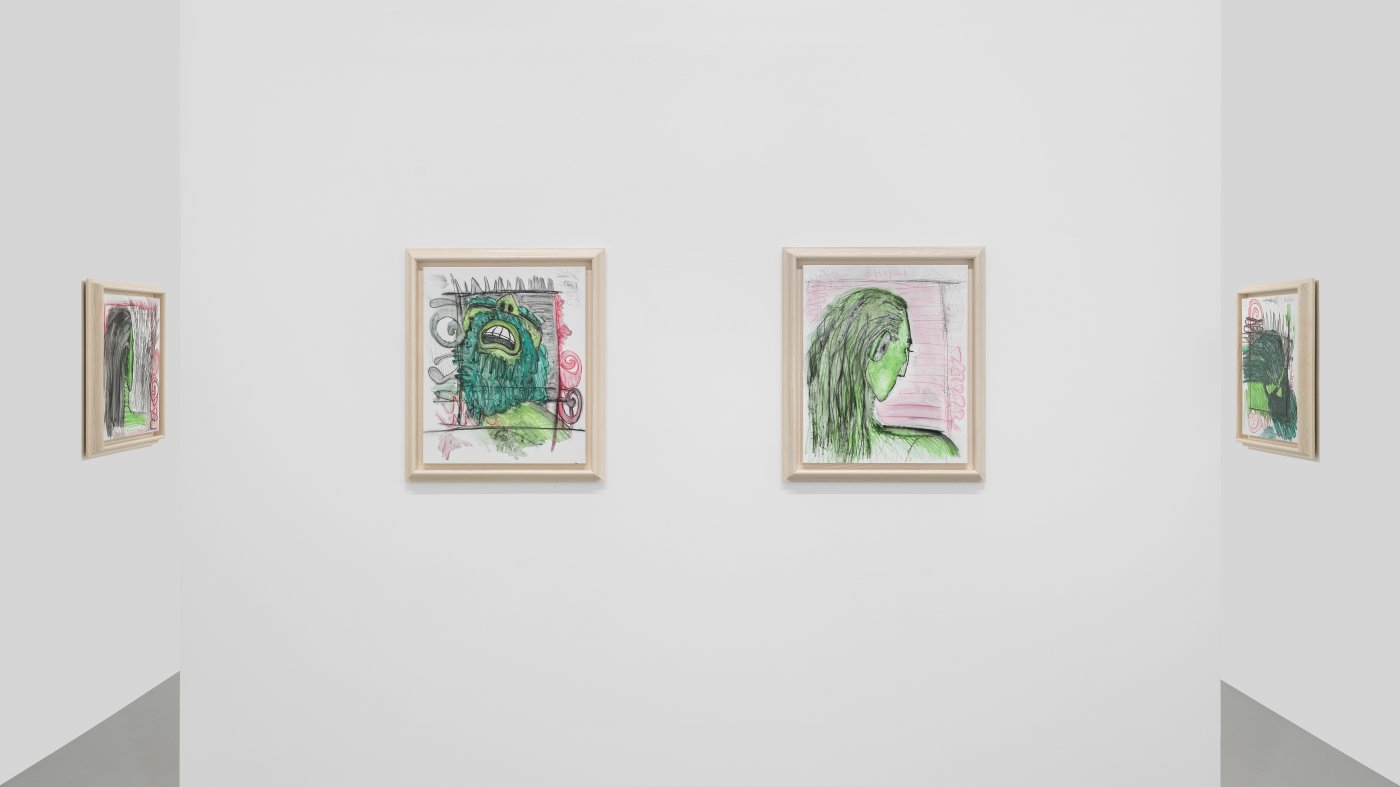 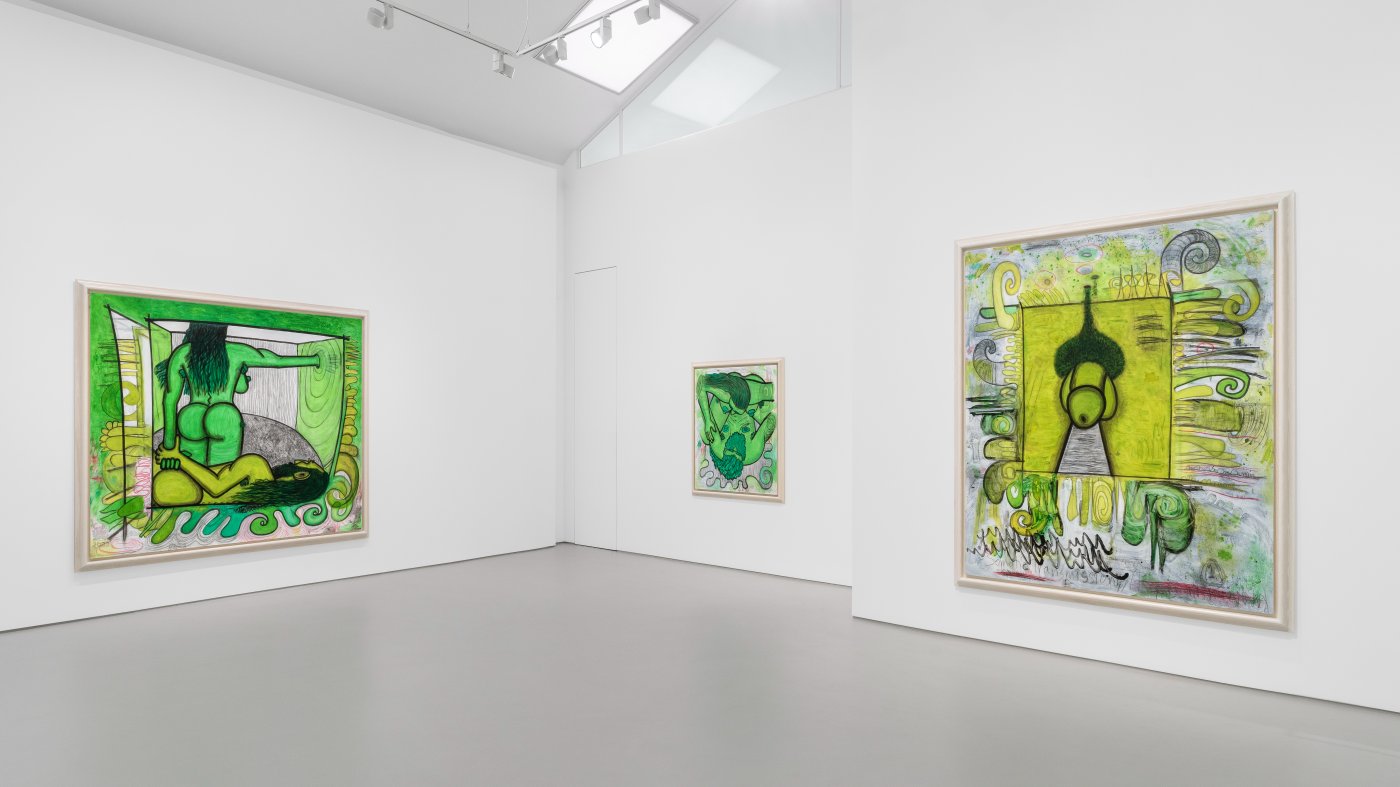 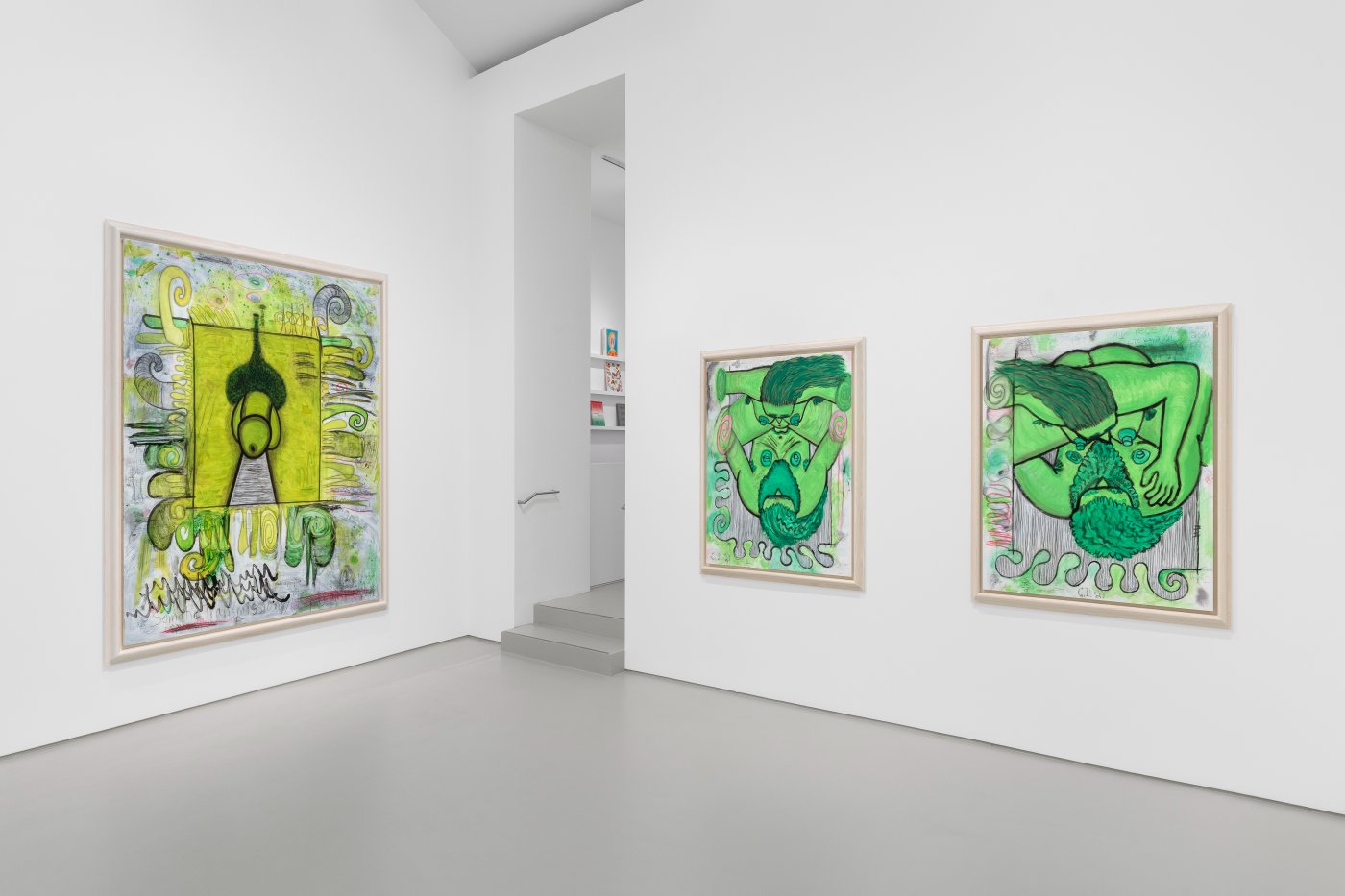 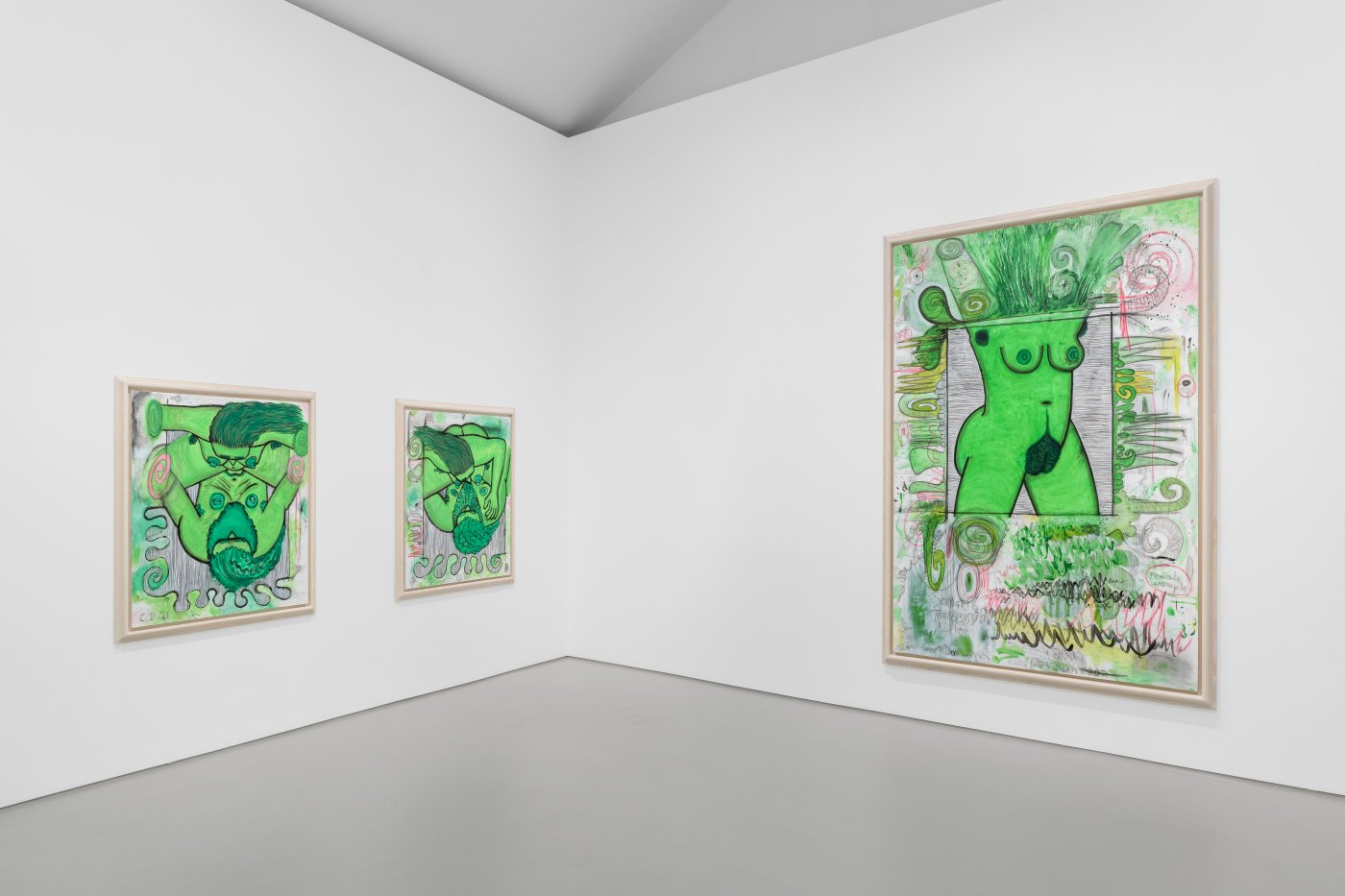 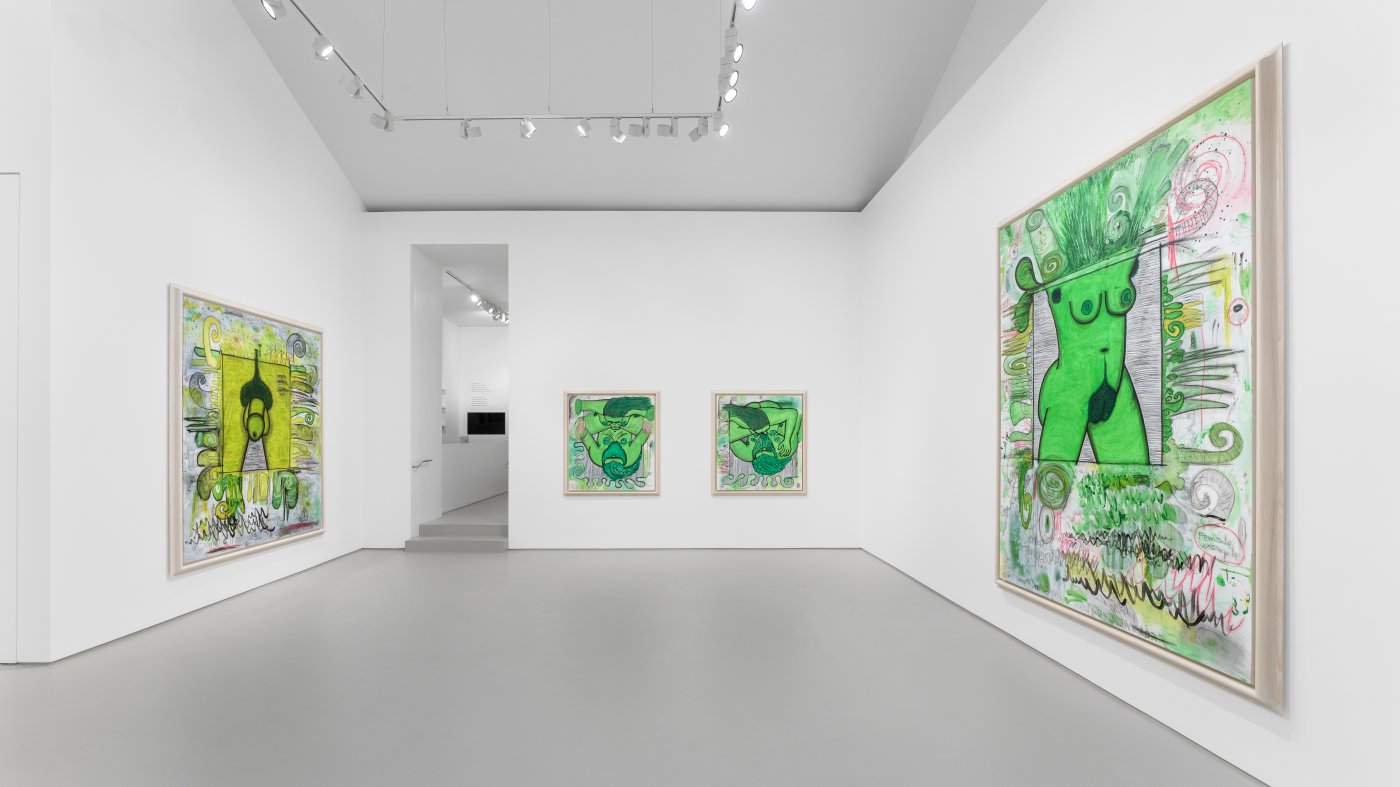 Carroll Dunham is an American artist known for his works endowed with vivid colours and schematic lines borrowed from Naïve art. He was initially inspired by Surrealism, Abstract Expressionism and Pop art, as well as philosophy, science and the representation of the body throughout art history. First depicting abstract but organic elements, he gradually developed a figurative language in the decades that followed, eventually focusing on the human figure, biomorphic forms, or motifs such as textured hills and trees.

Carroll Dunham’s human bodies are immediately recognisable as stereotypes. These penises, nipples, buttocks and hair are invested with such neutrality and objectivity that they elude any reference to pornography, which has become commonplace in contemporary culture. There is indeed something archetypal in the couples of lovers and isolated representations of shaggy men and women referring to an ancient future hidden somewhere in the cosmos. Dunham’s interest in science fiction and cartoons explains the use of kryptonite green. His multiple references question: are these protagonists taken from ‘The Descent of Man and Selection in Relation to Sex’ by Charles Darwin? Do they emerge from Adam and Eve’s Garden of Eden? Their universality is highlighted by the repetition and the anonymity of these men and women whose faces are never shown.

The artist invites us to see pure moments of intimacy, sealed by tight double framings, shortcuts and close-ups, as we would see through a keyhole. We become voyeurs, looking over these characters’ shoulders, submitting them to our controlling gaze. And indeed, the title Somatic Transmission & Qualiascope refers to a scientific ‘analysis of a group of green humans to understand how their inner & sex lives work, to see “what they are made of”’. (1)