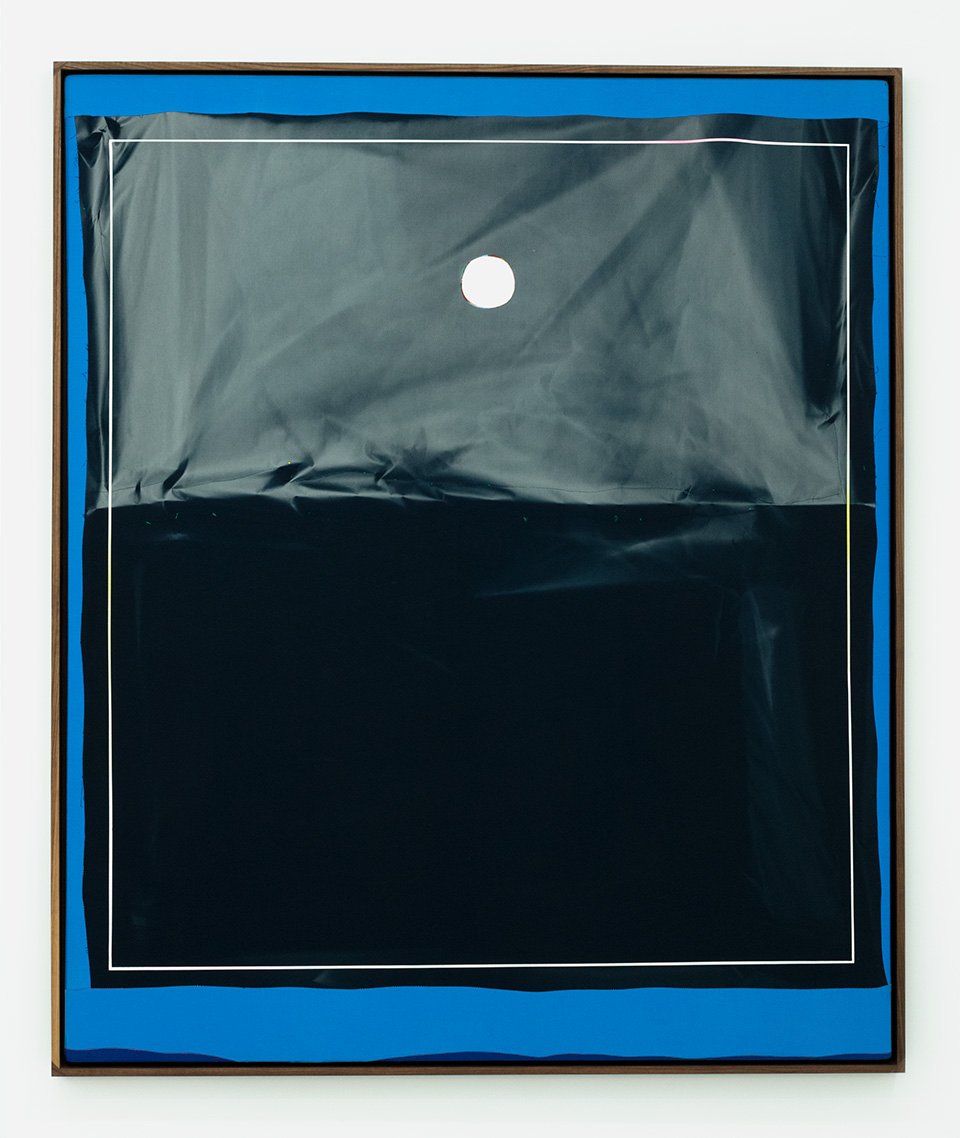 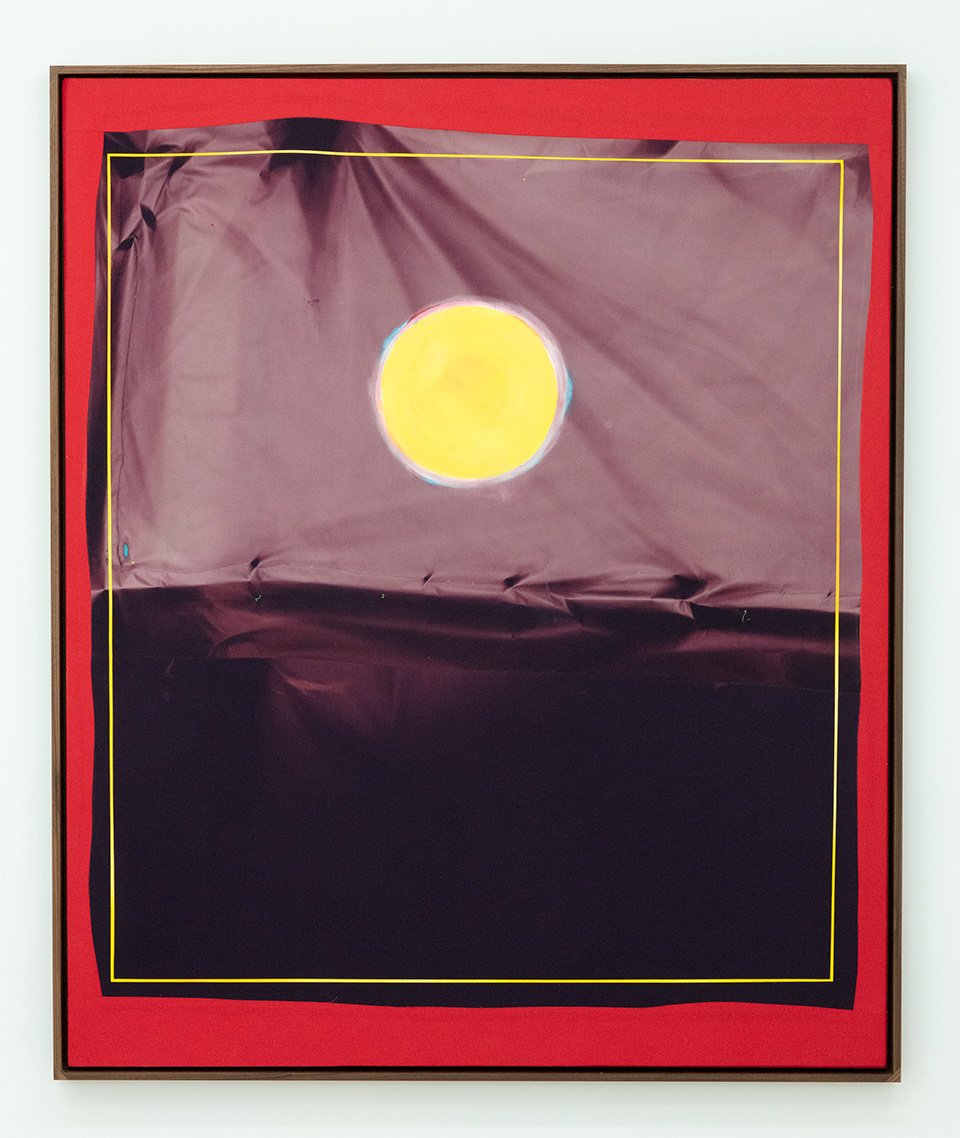 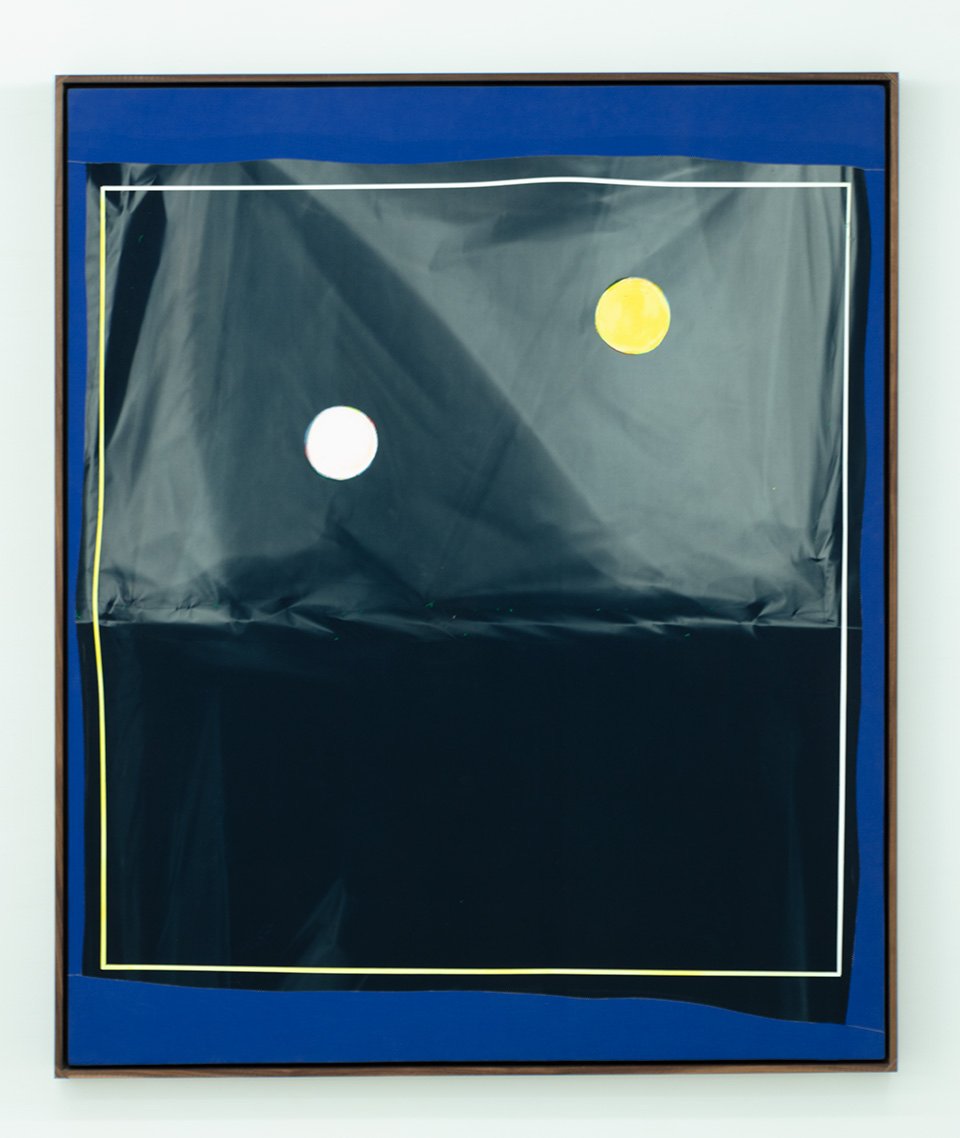 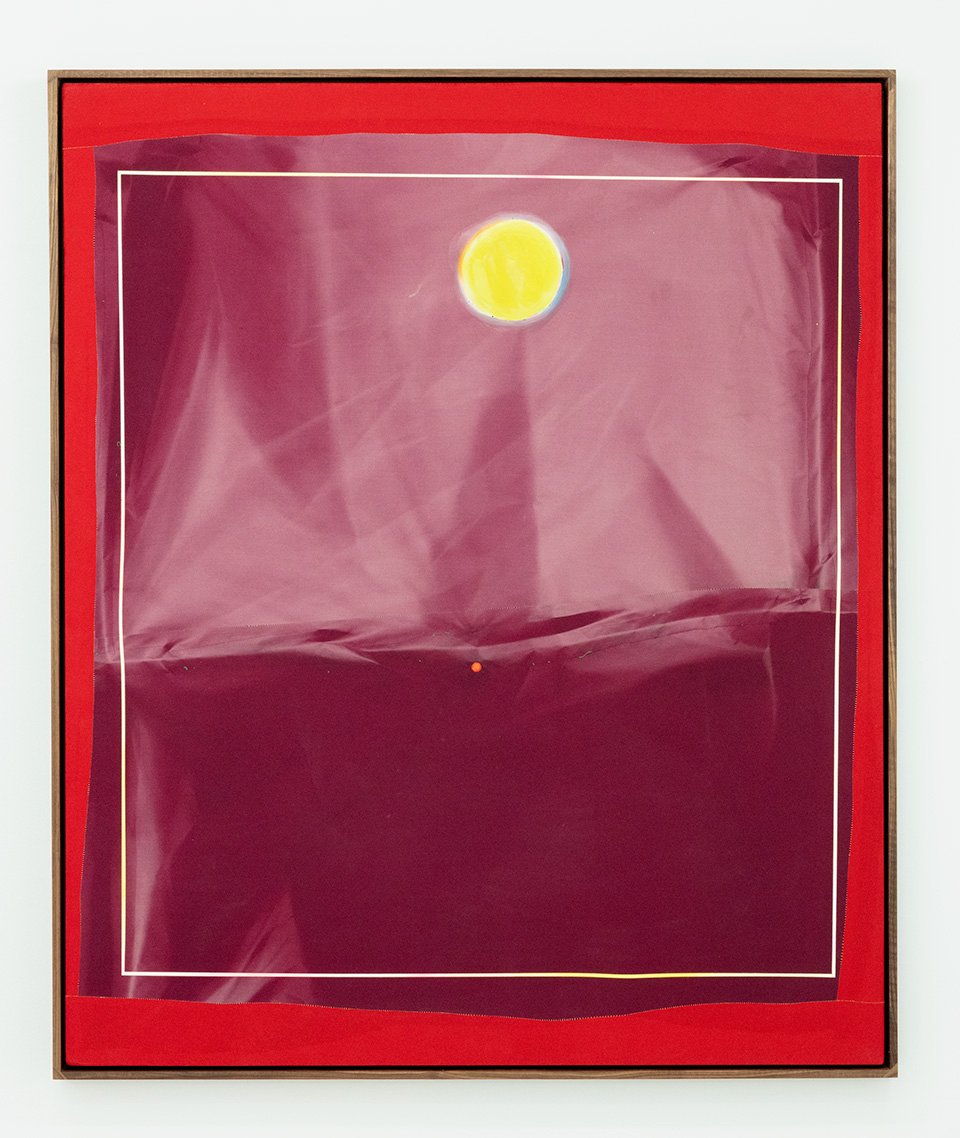 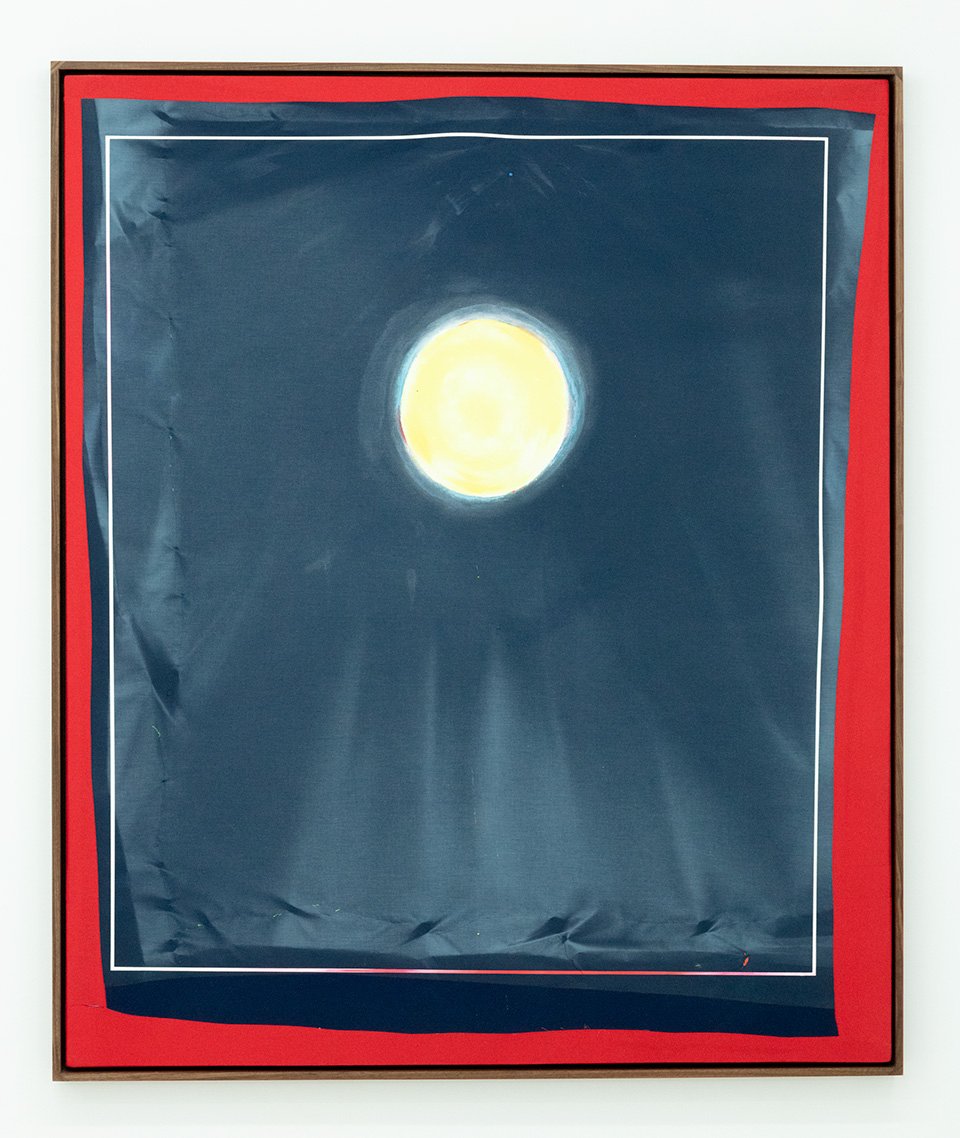 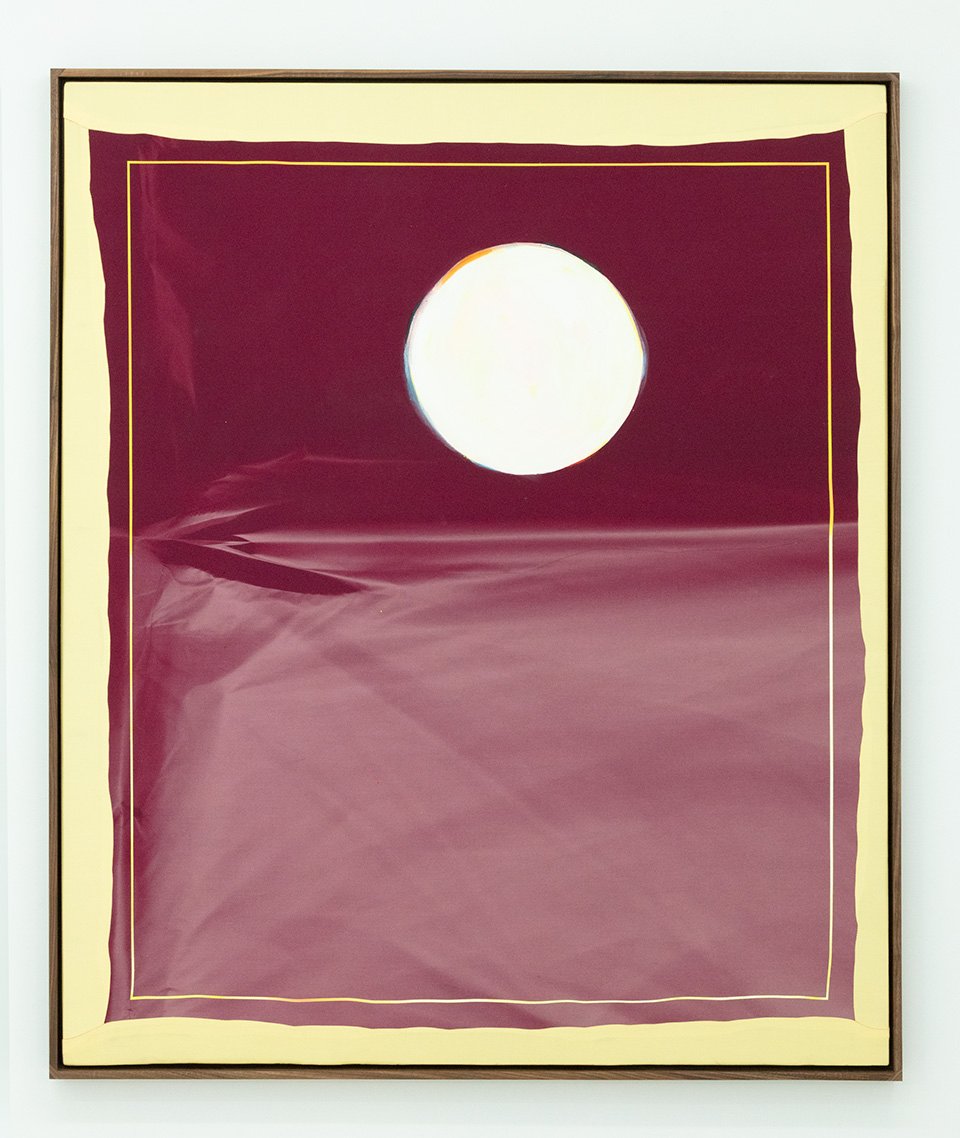 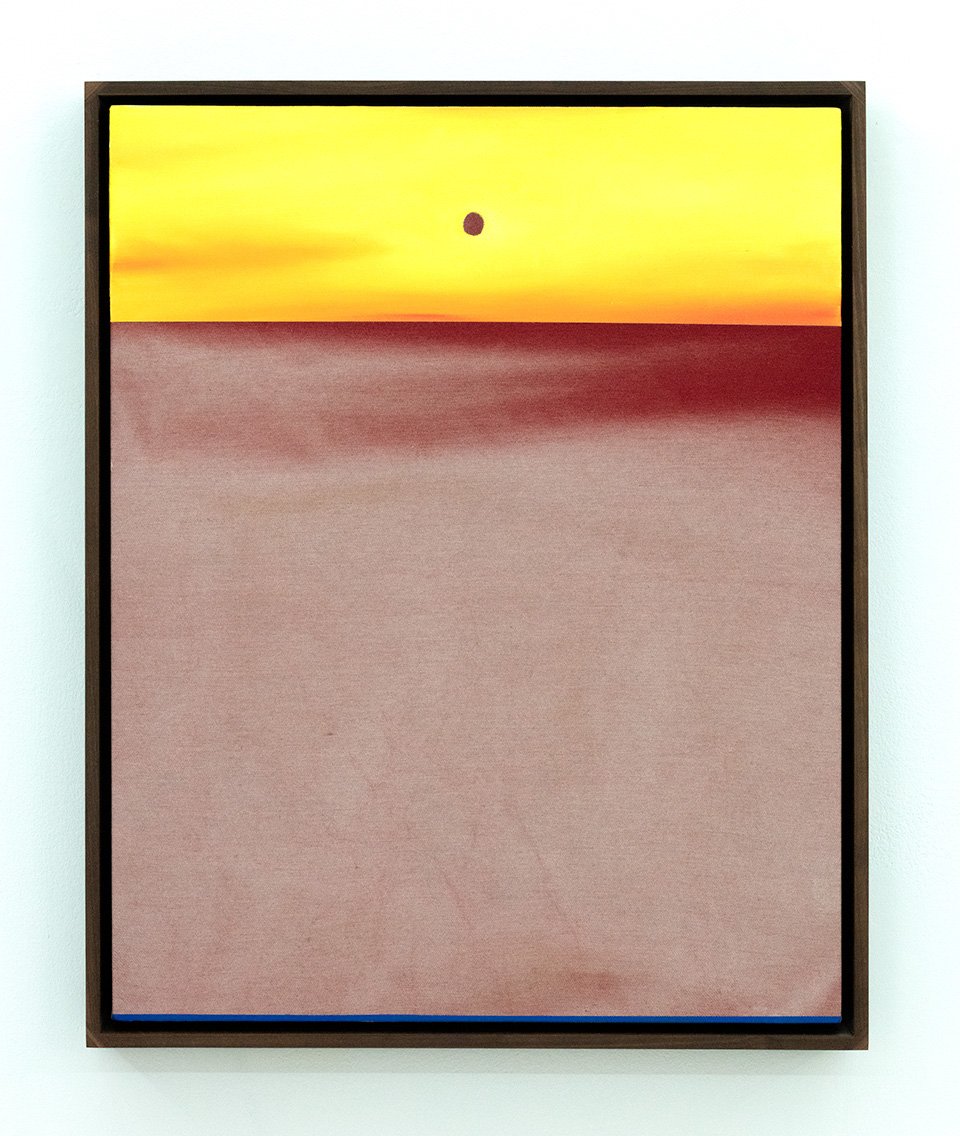 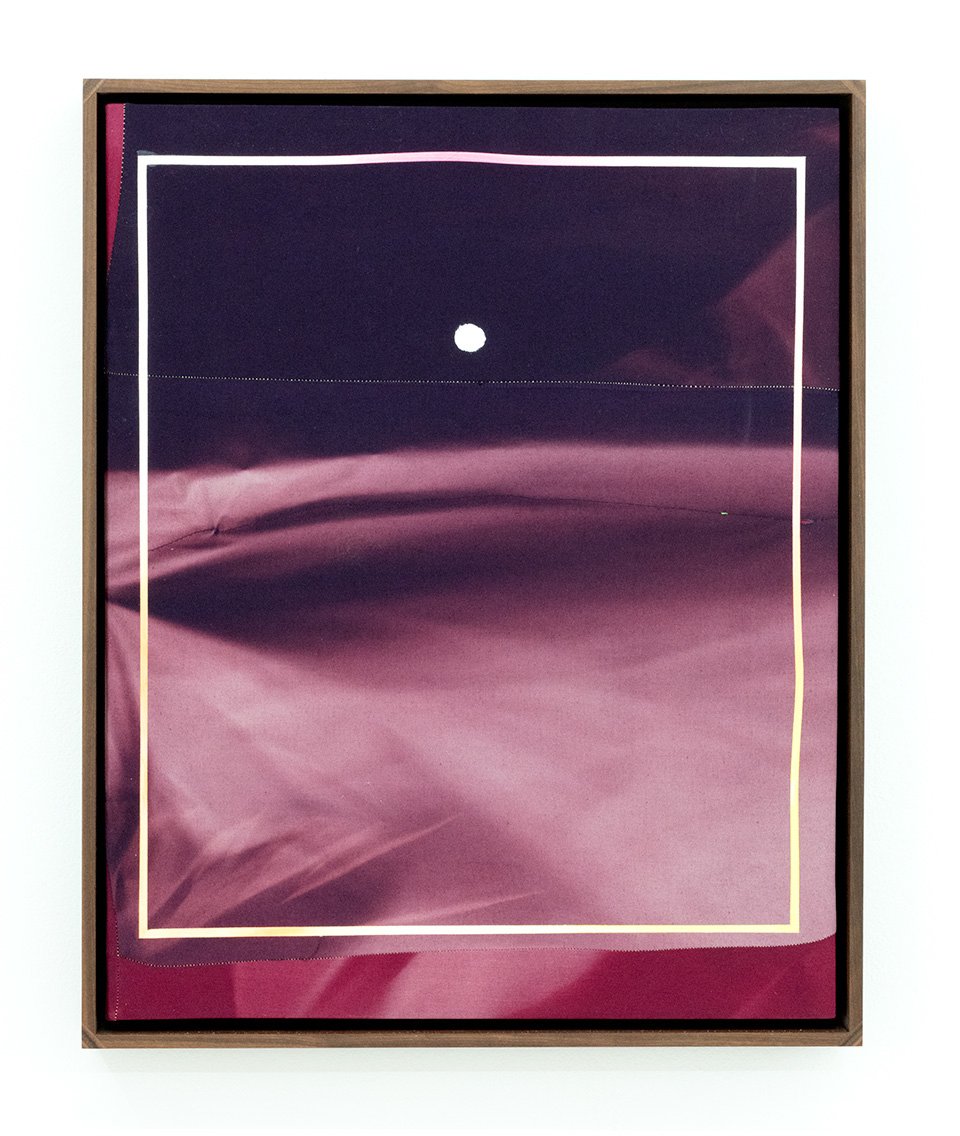 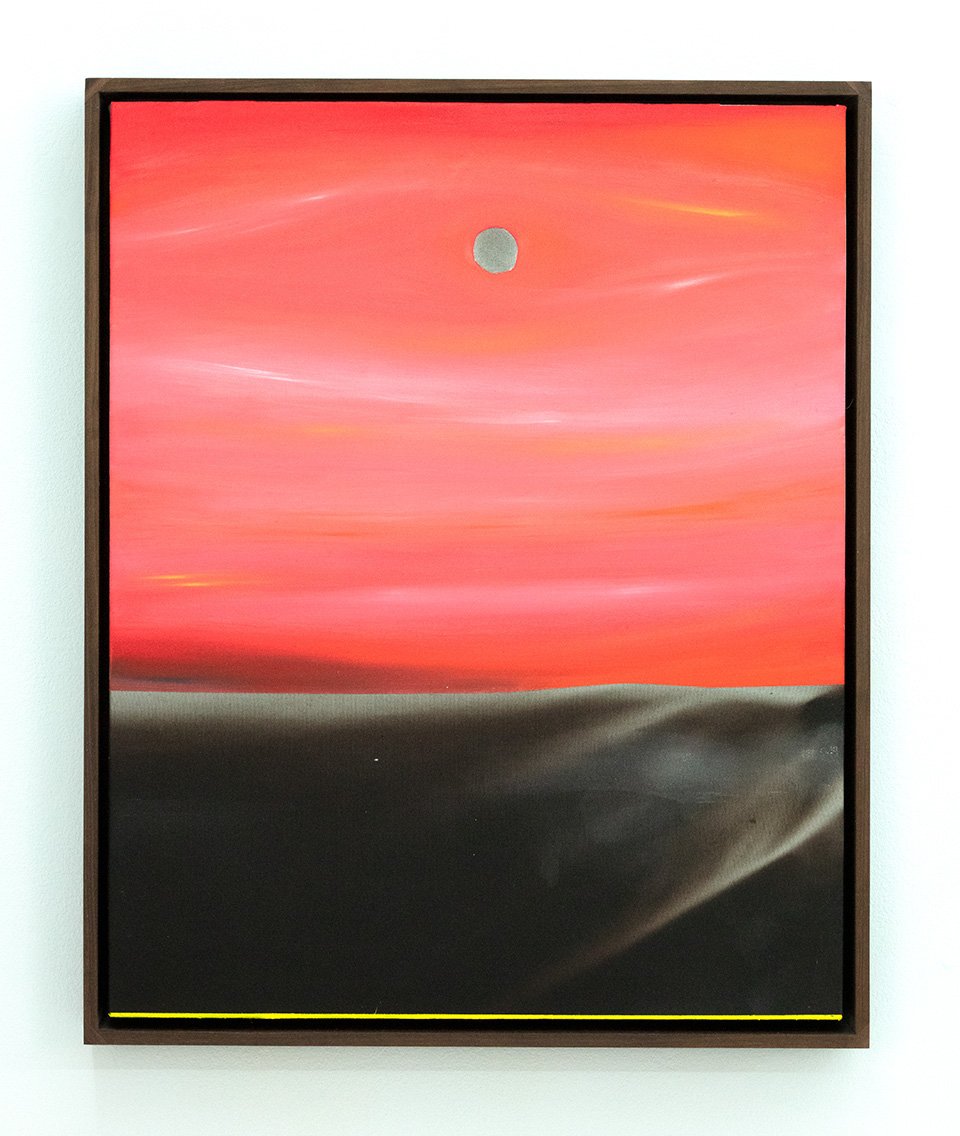 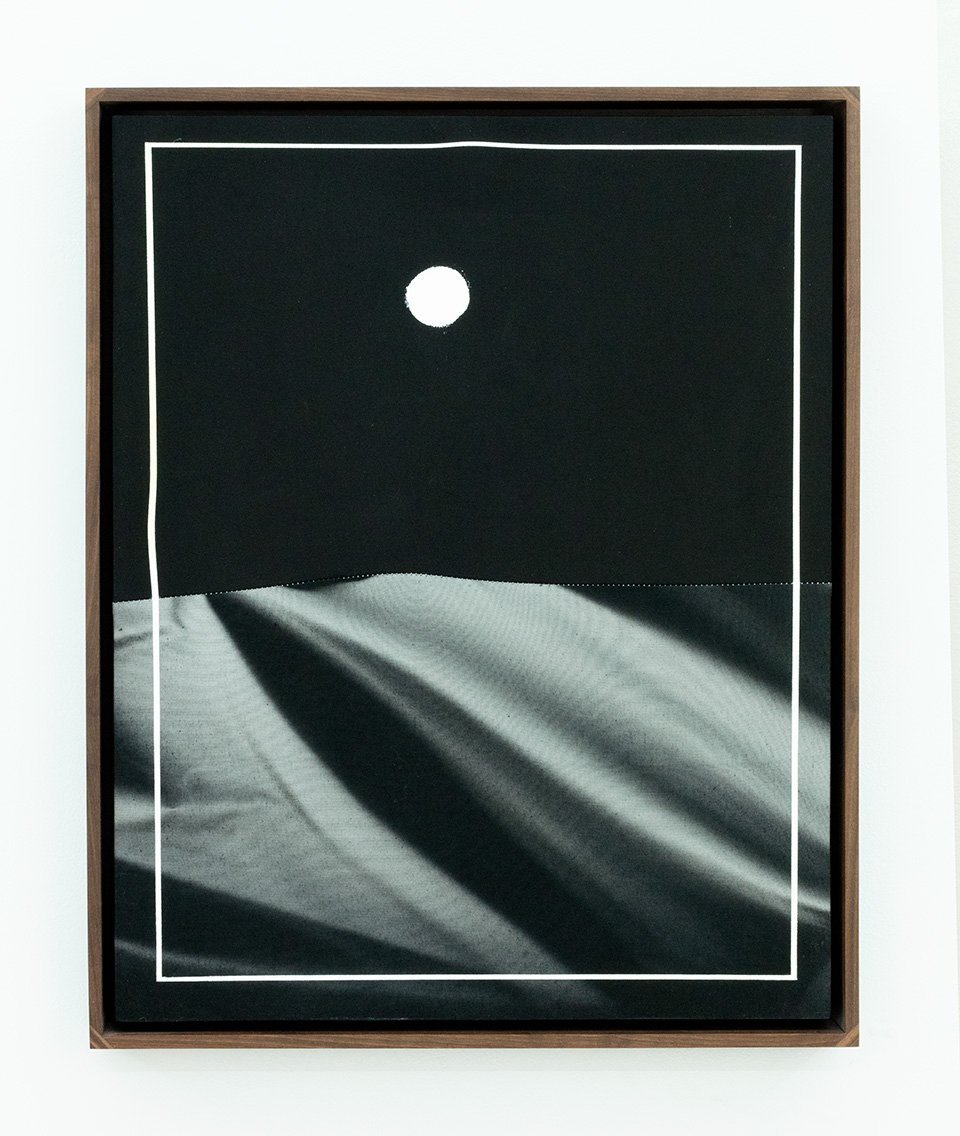 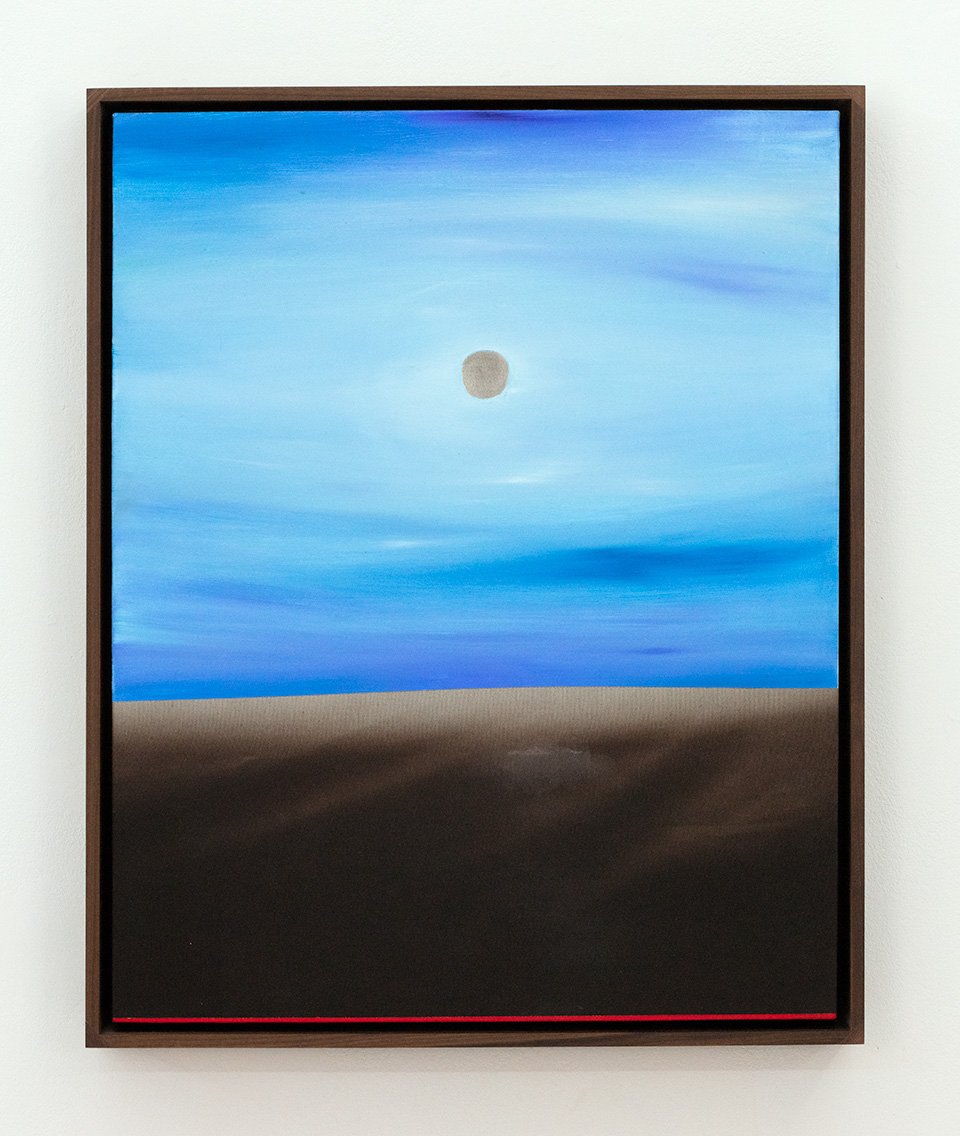 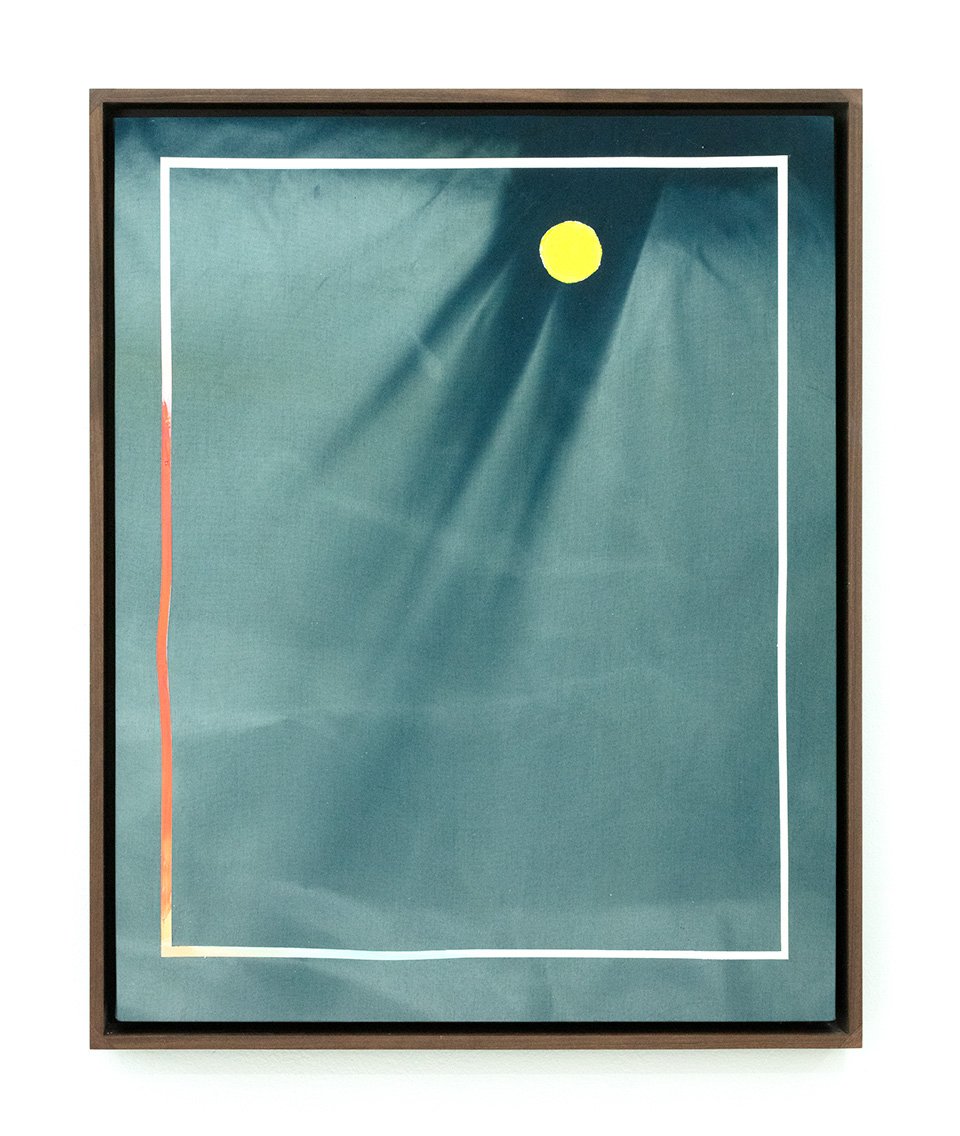 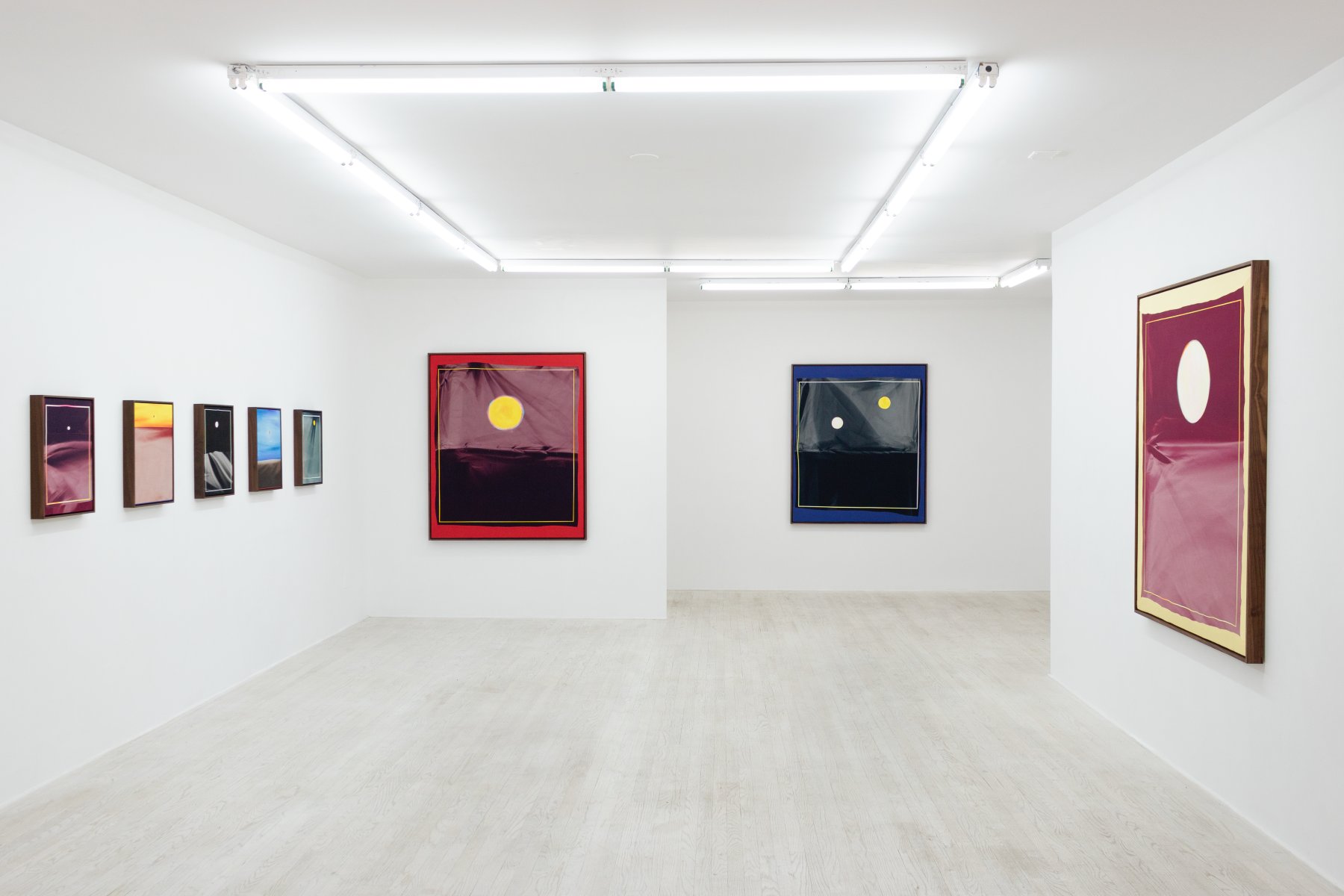 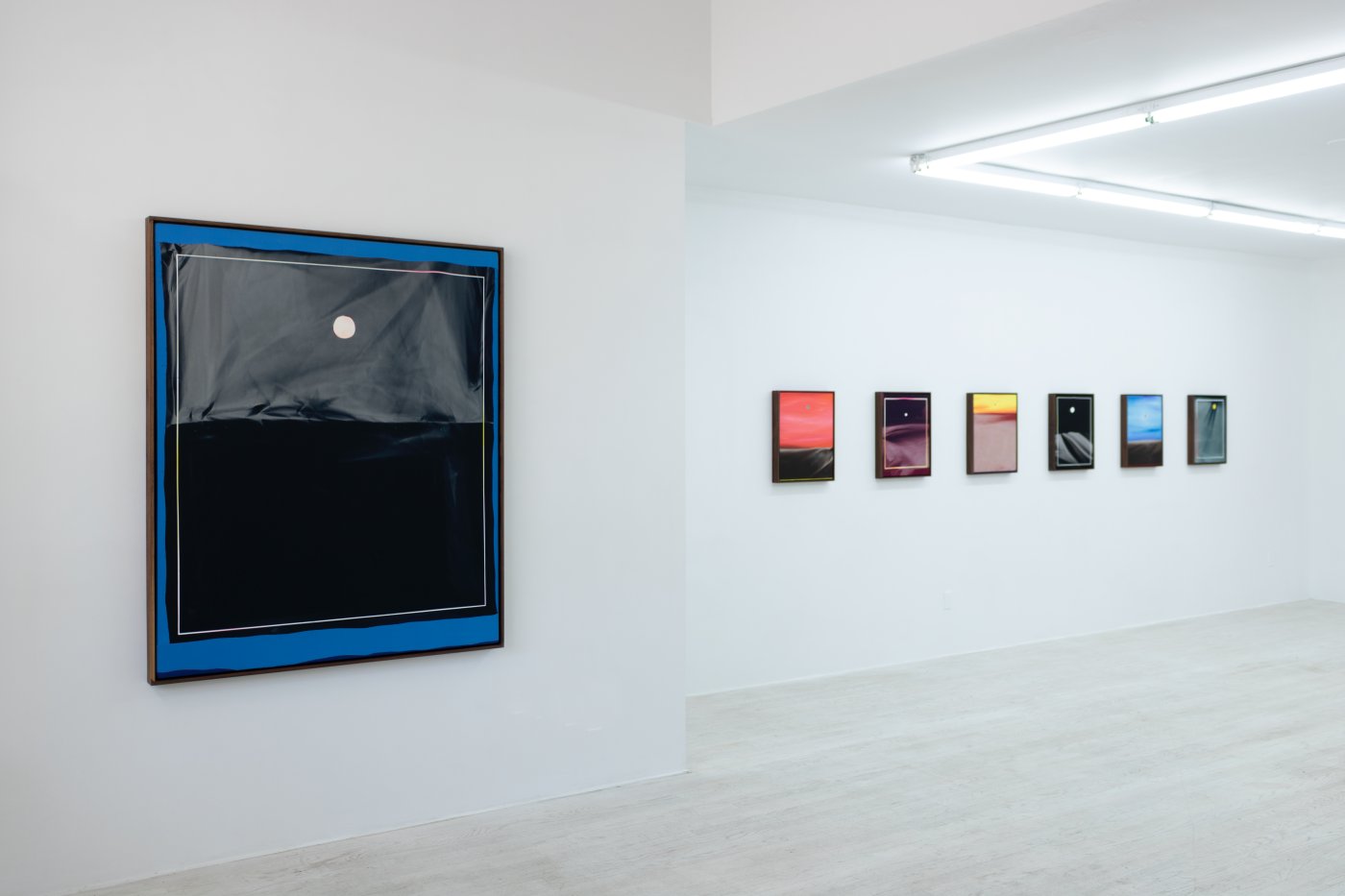 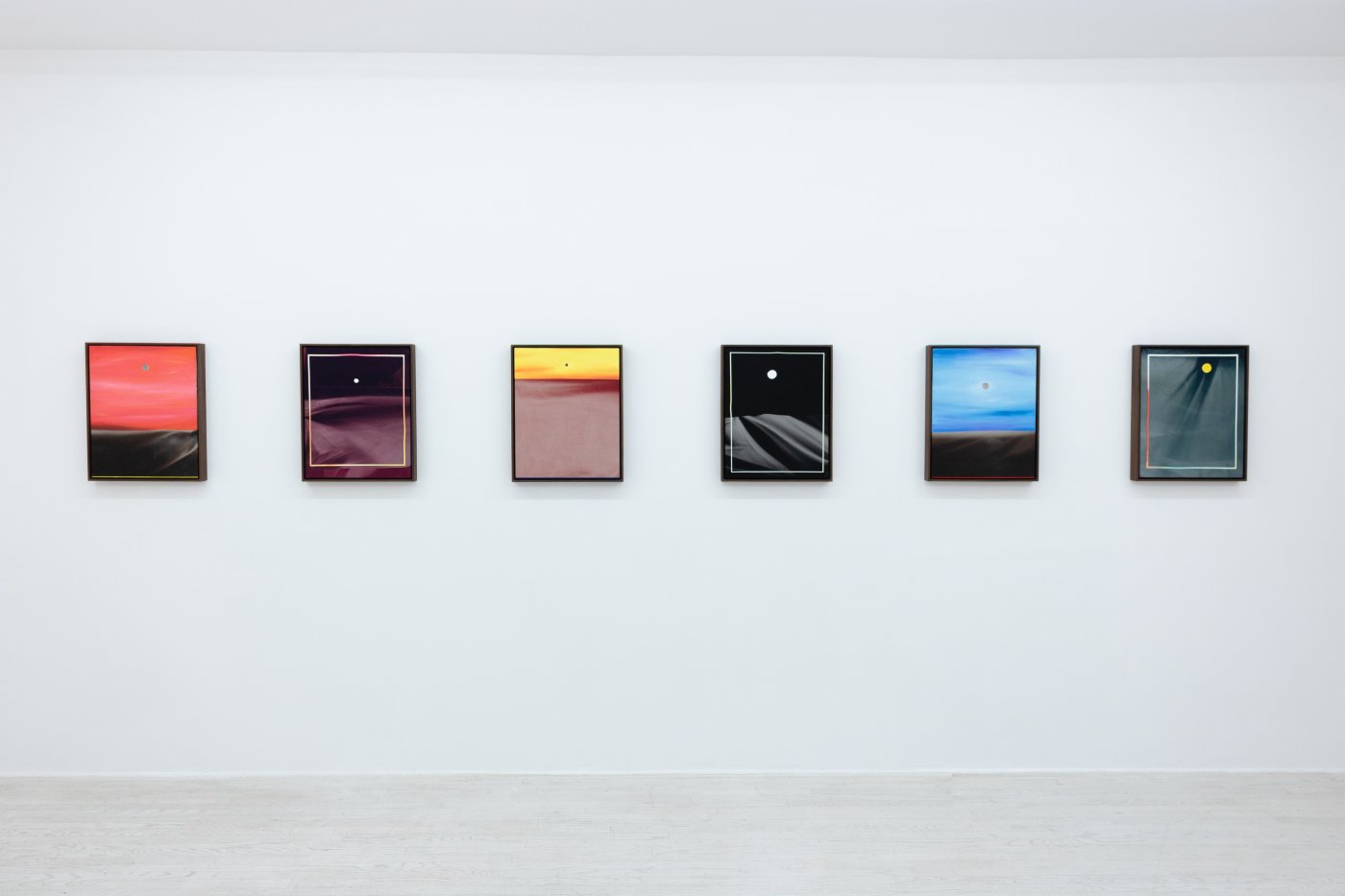 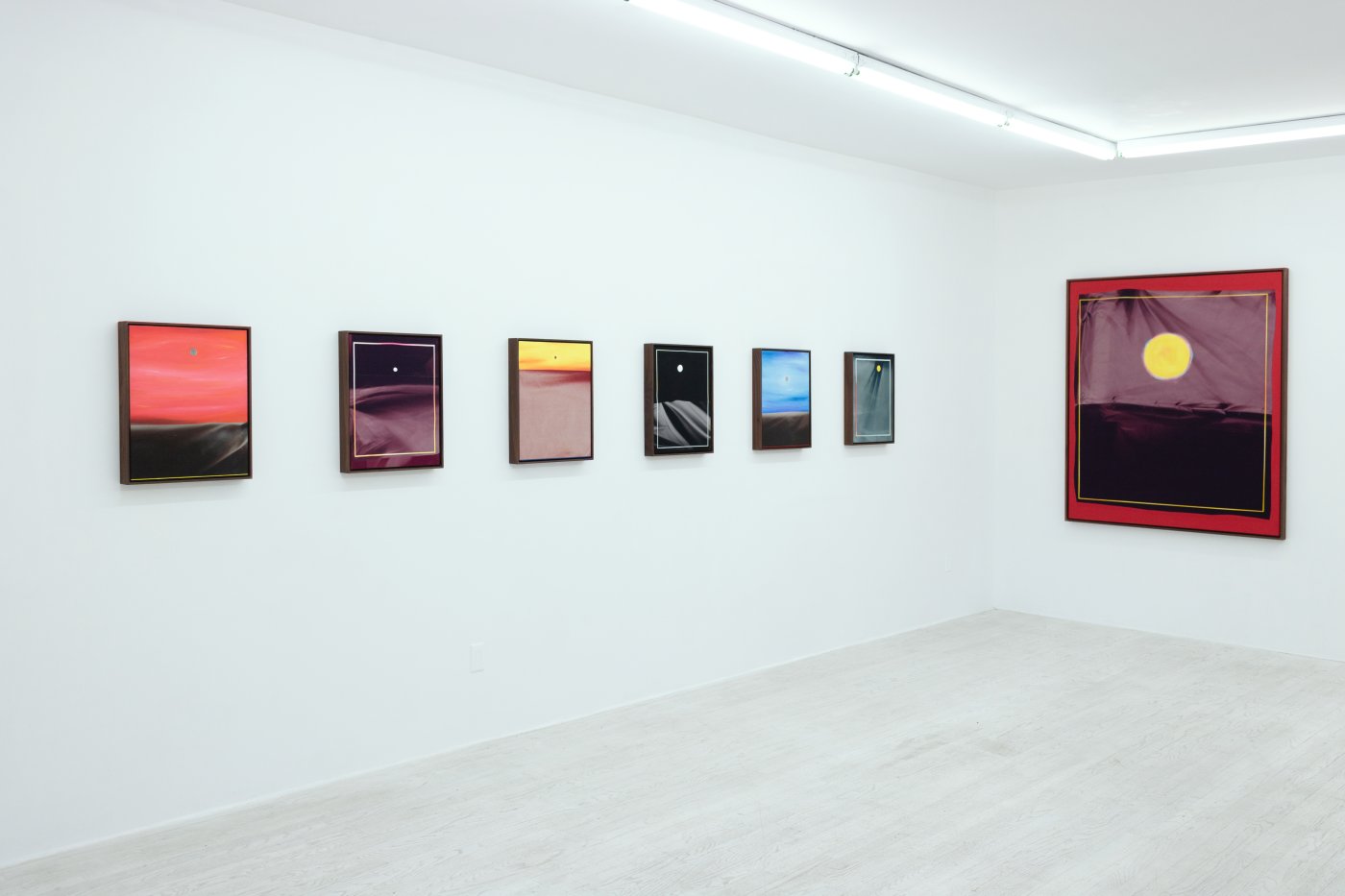 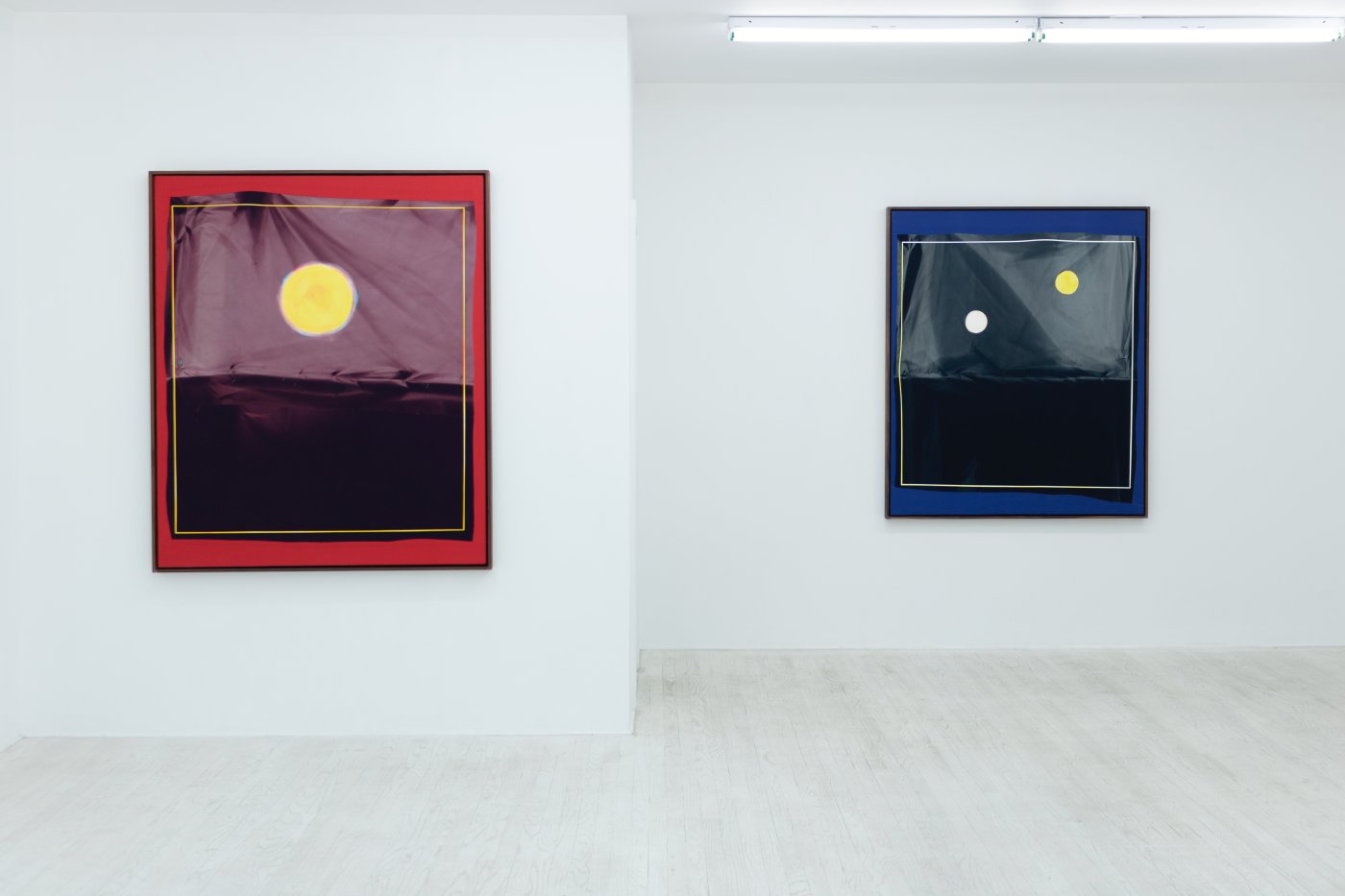 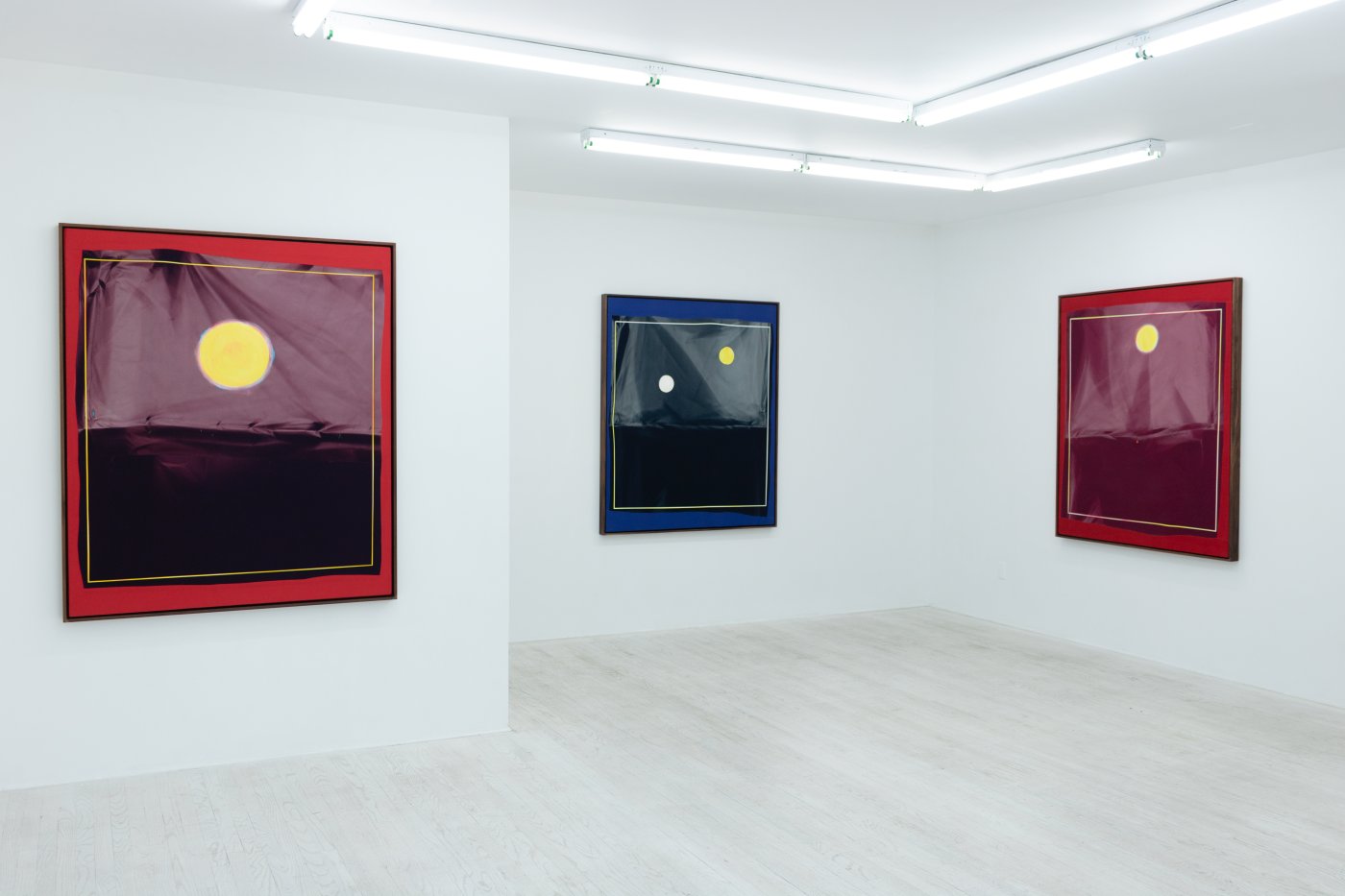 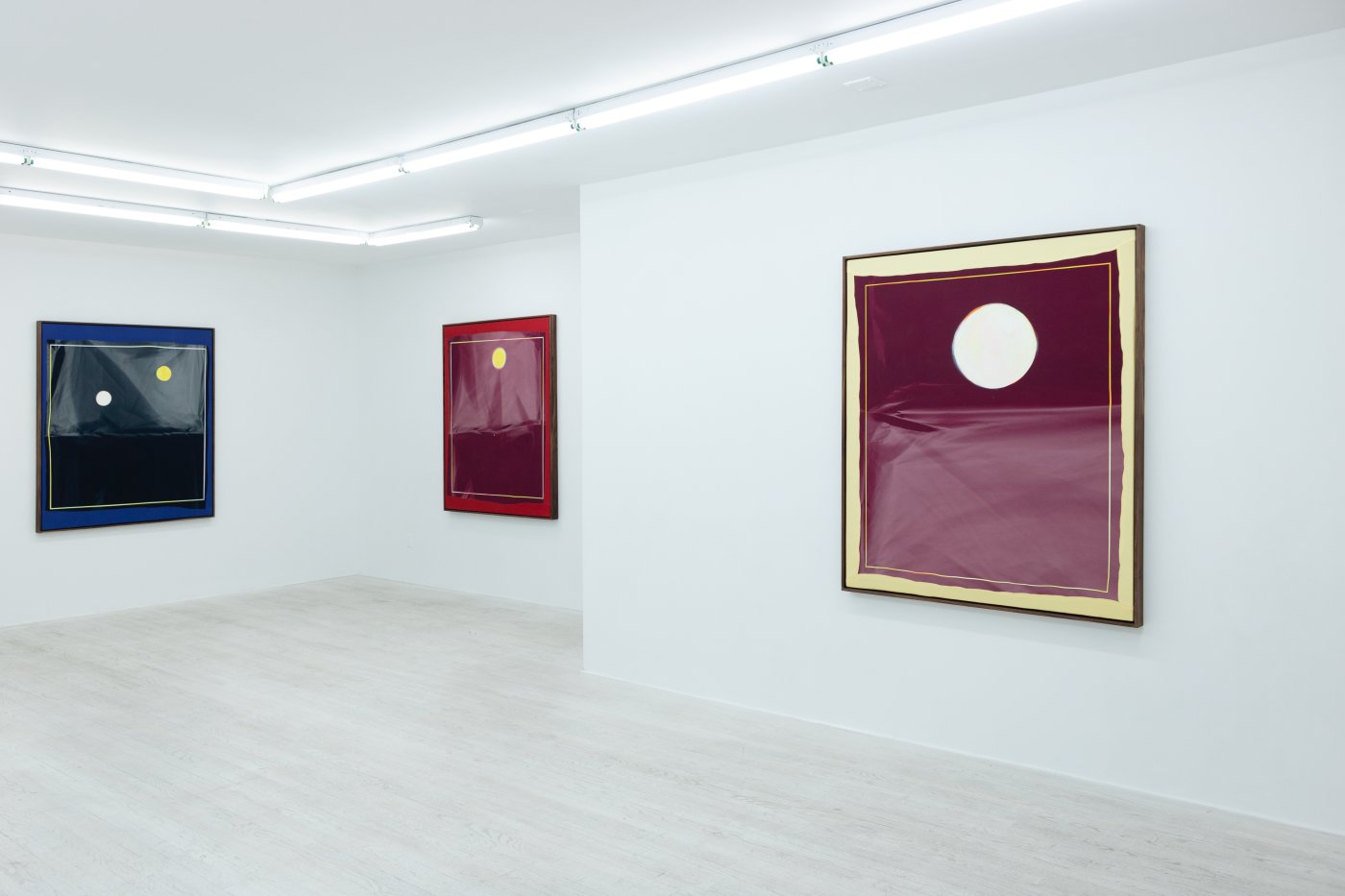 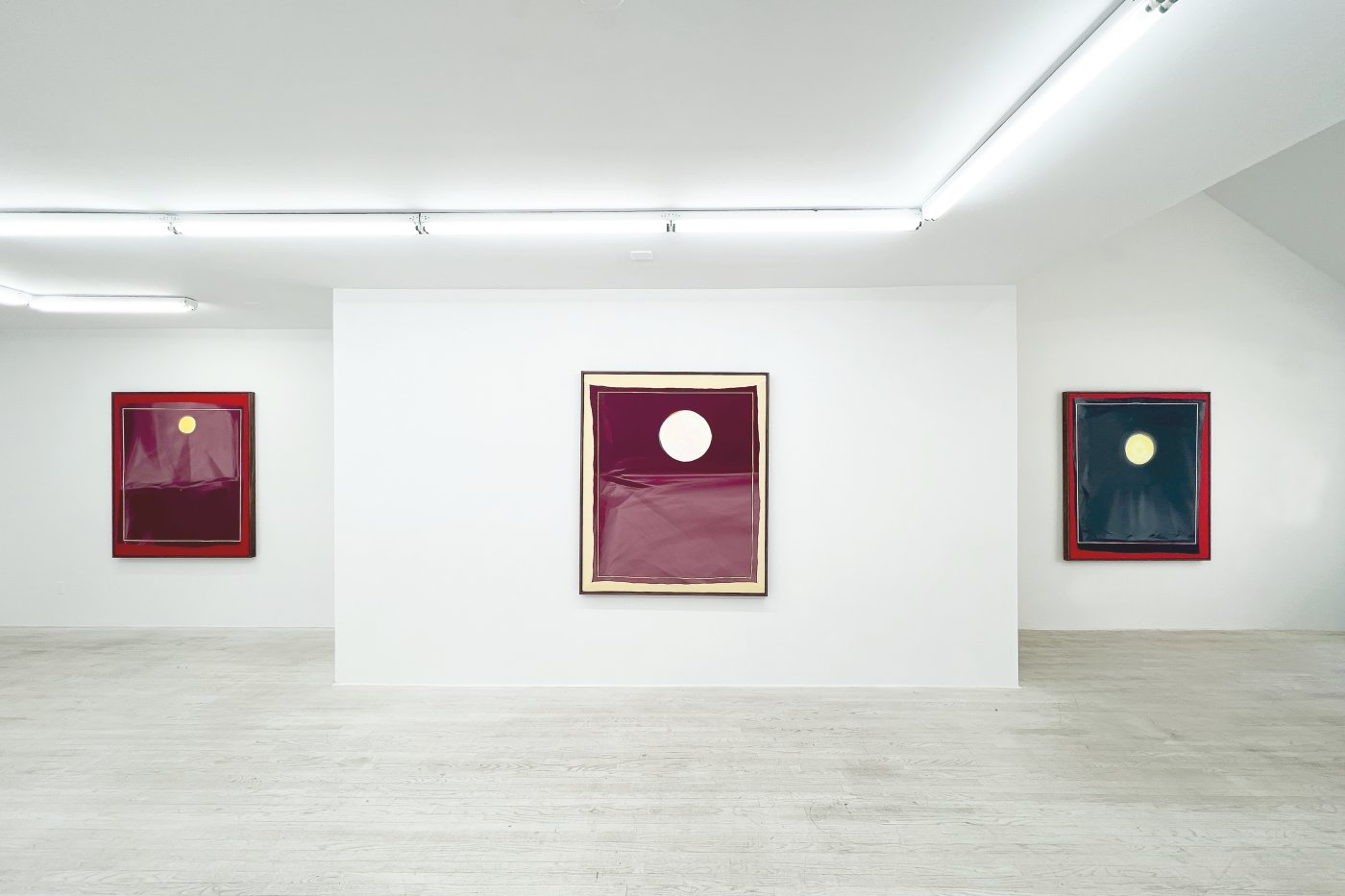 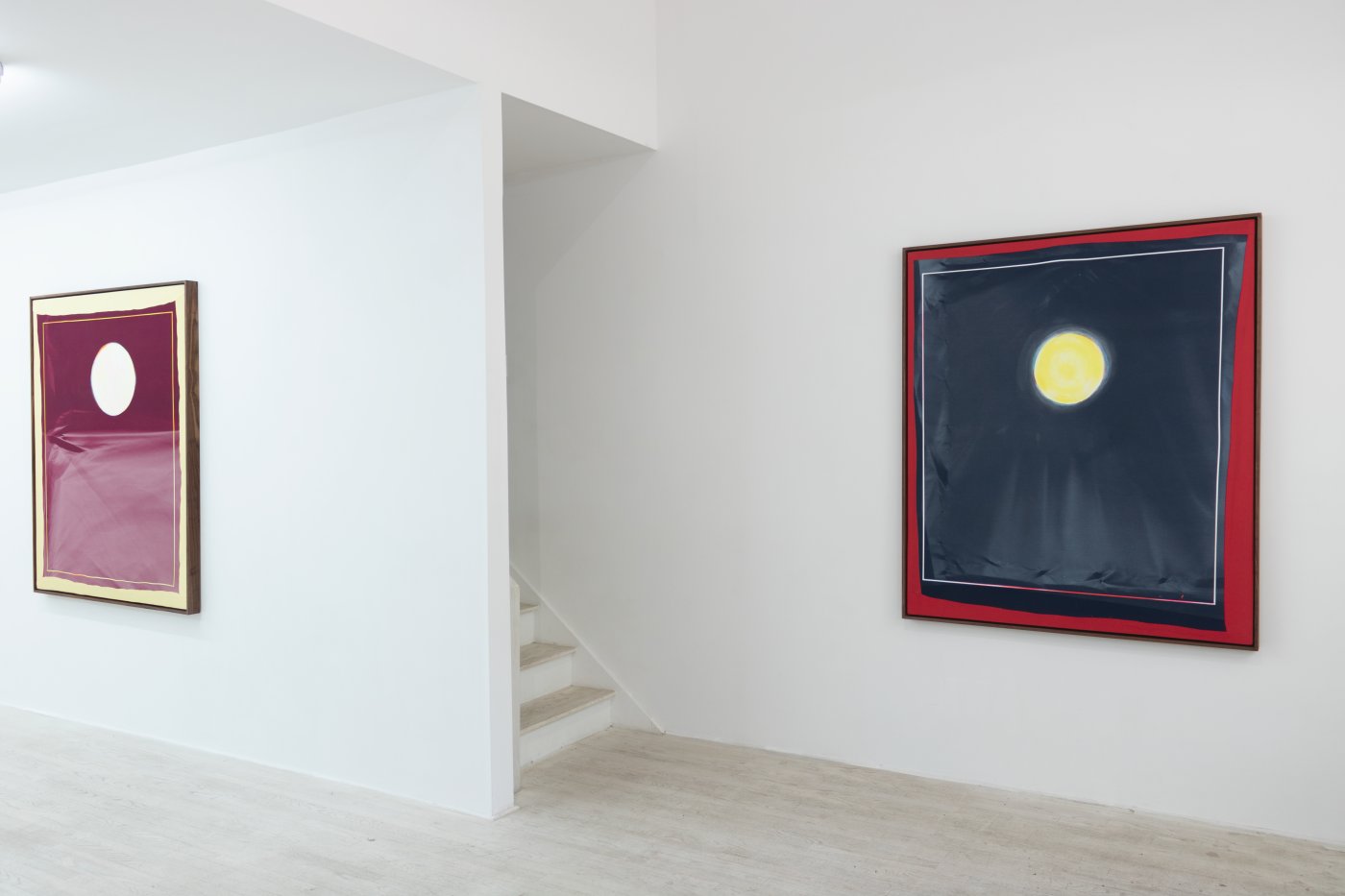 Ceremoniously forming his artistic practice around the celestial calendar, Duncan exposes store-bought fabrics to sun and moonlight for several lunar cycles — in the case of this exhibition the duration amounted to six months. By strategically exposing parts of these fabrics to the elements for extended periods of time, Duncan incorporates their natural weathering and fading processes into the material that then becomes the basis for his work, in a method expansively approximating the cameraless image-making of a photogram.

Preferring to work with constraints that limit his ability to control the finished outcome, Duncan attributes his interest in the long-term, hands-off exposures to the passage of time brought about by raising children — specifically, noticing the way their movements, gaze and exploration of simple elements like sunlight and shadow are imbued with wonder. As a title, Strawberry is a reference to the strawberry moon, a lunar event coinciding with this year’s summer solstice, which will take place almost precisely between this show’s start and end dates.

While Duncan’s previous sun exposures have been constrained to the geometry of the objects they draped, he takes a new direction in Strawberry to arrive at figuration. Orienting, exposing and stretching his fabrics in such a way that they develop an allusive horizon line, each of Duncan’s new works approximate landscapes, with the exposed portion alternately evoking the texture of terrain or that of a crowded night sky. Finishing his stretched creations in paint — hand-drawing borders with acrylic and rendering circular ‘suns’ and ‘moons’ in oil — Duncan continues to imbue his work with an intensive, process-oriented approach deterministic of the drying methods of each type of paint. The results are denatured evocations of an interplanetary perspective, formed out of material that has itself been exposed to the light of the sky’s celestial bodies — a profound meditation on mimesis and time.

Courtesy of the artist and Halsey McKay Gallery