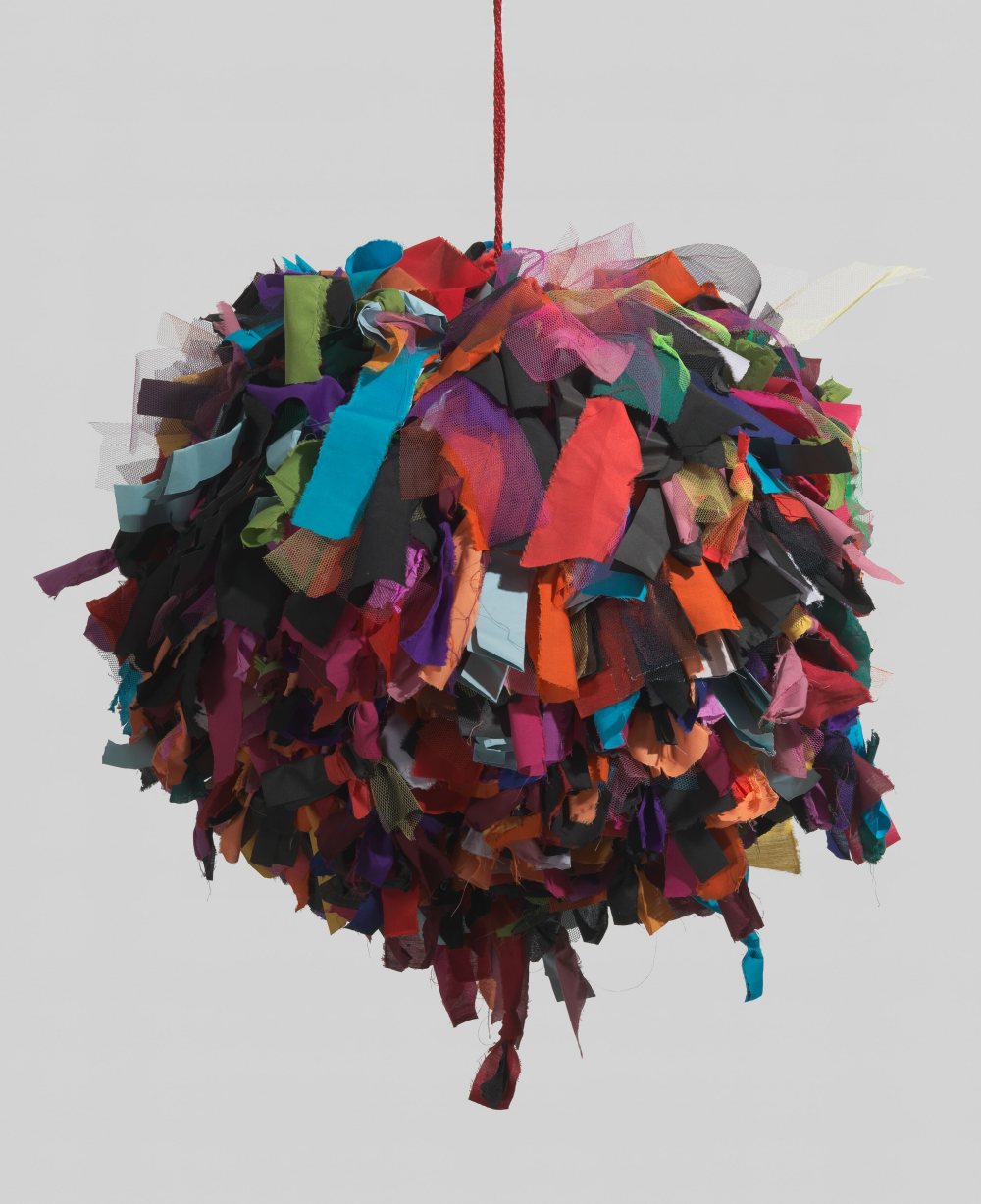 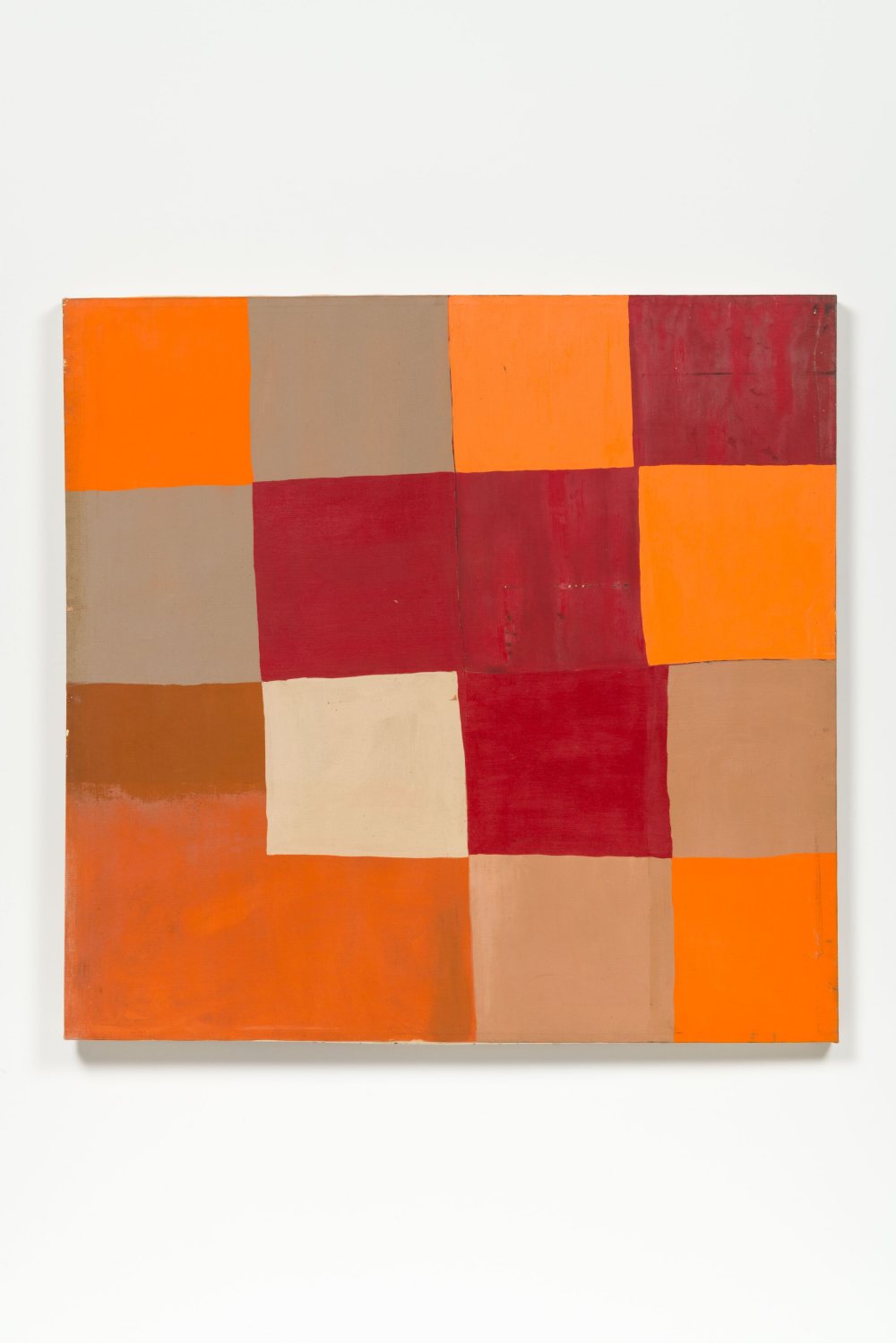 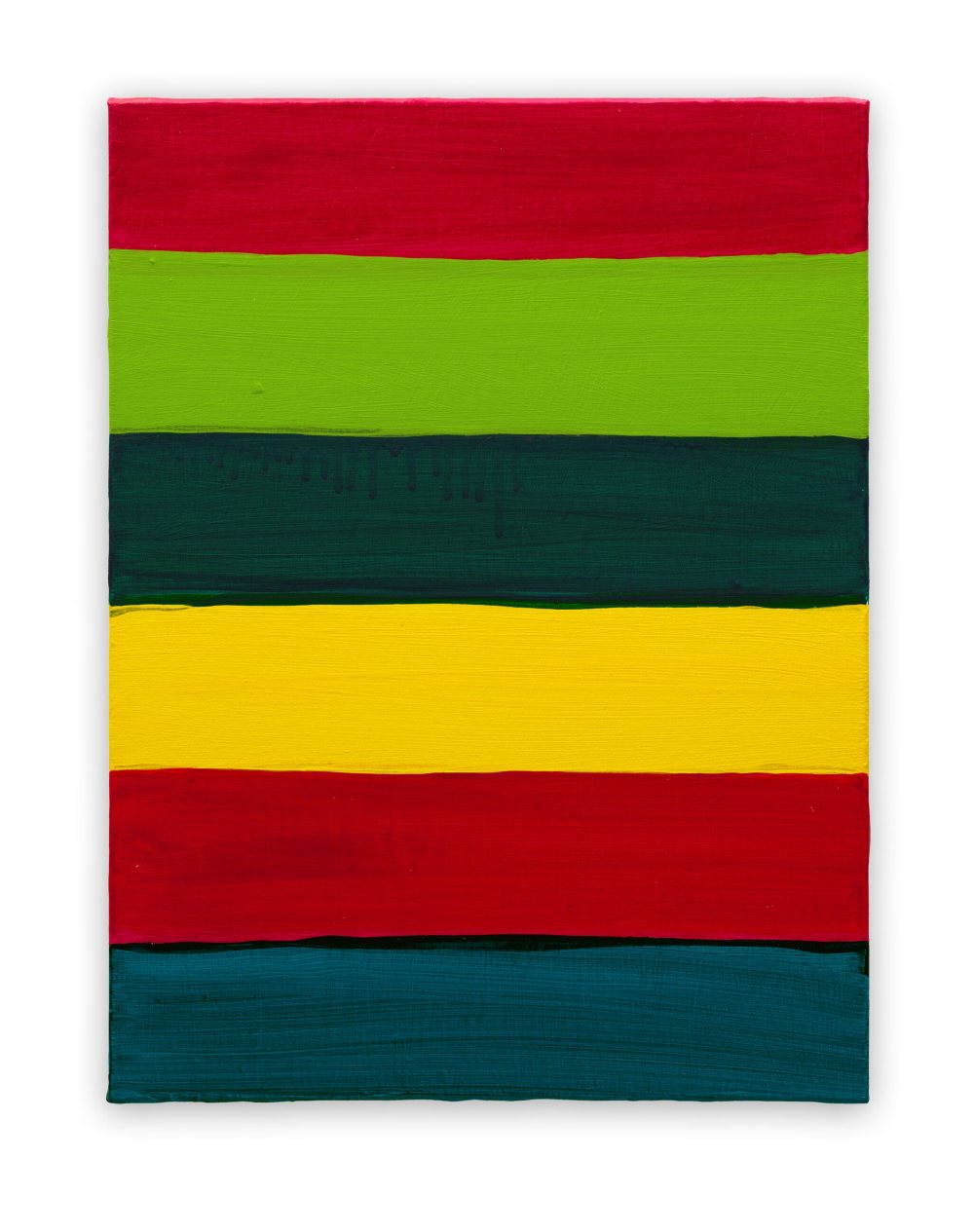 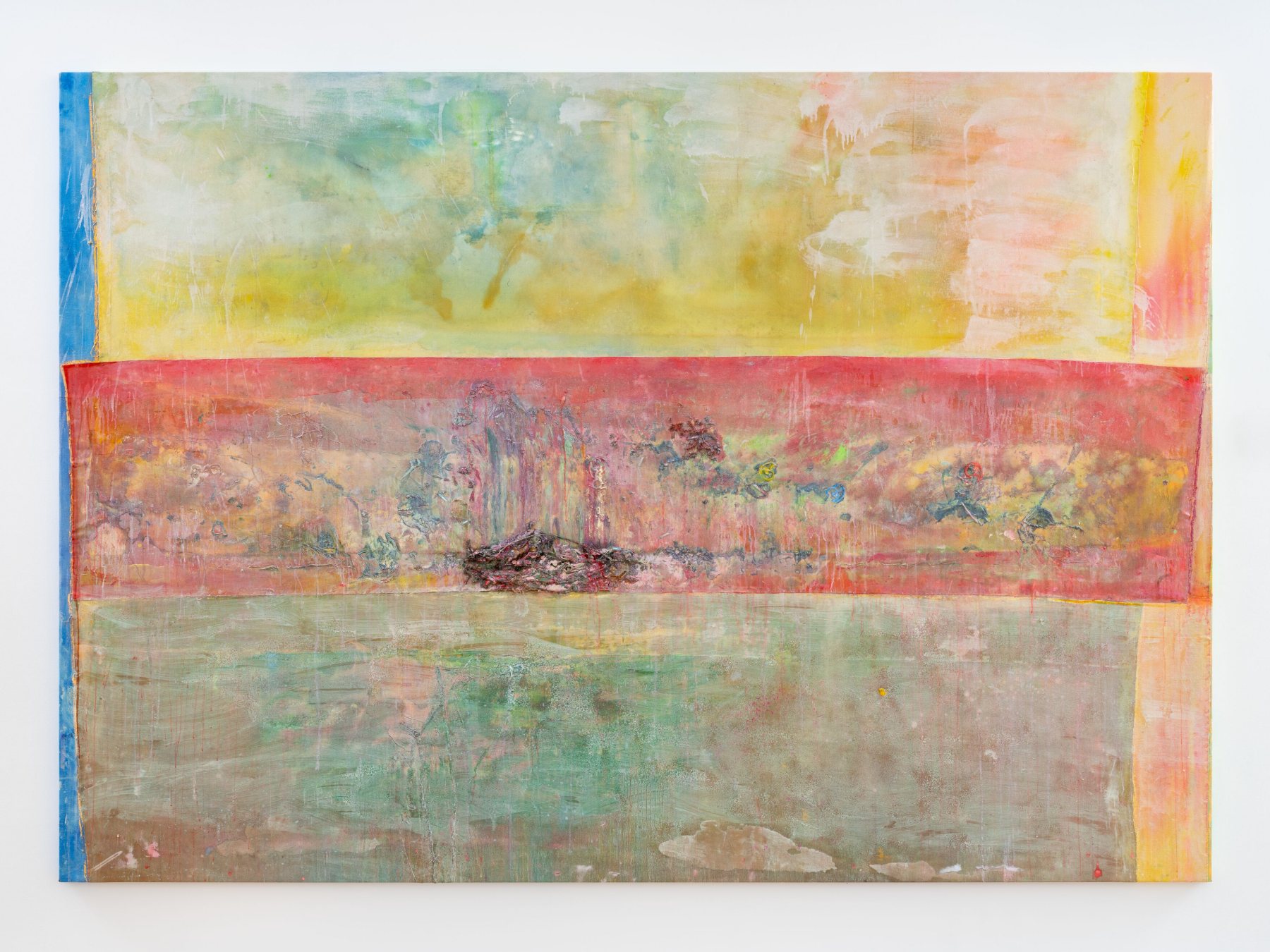 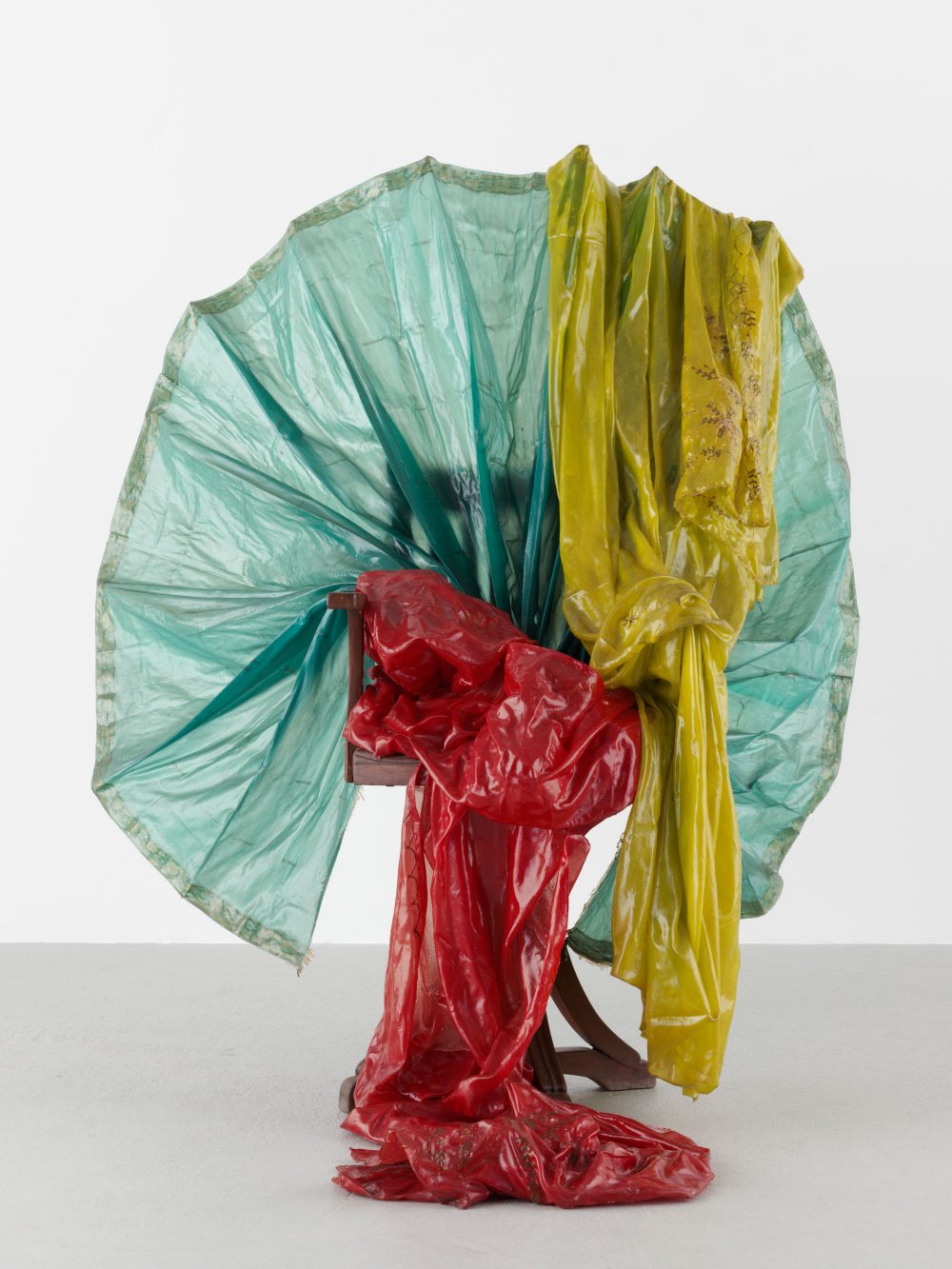 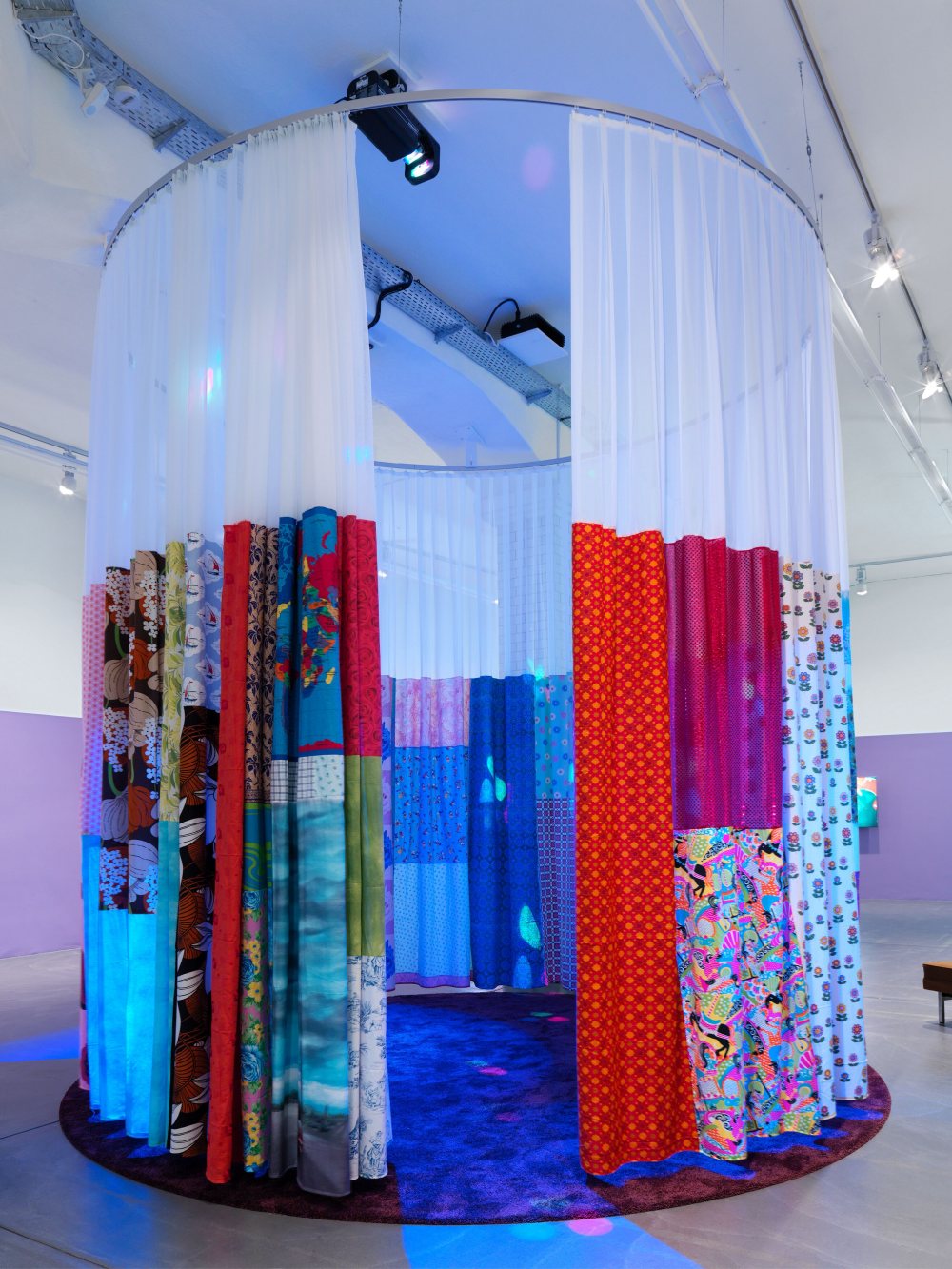 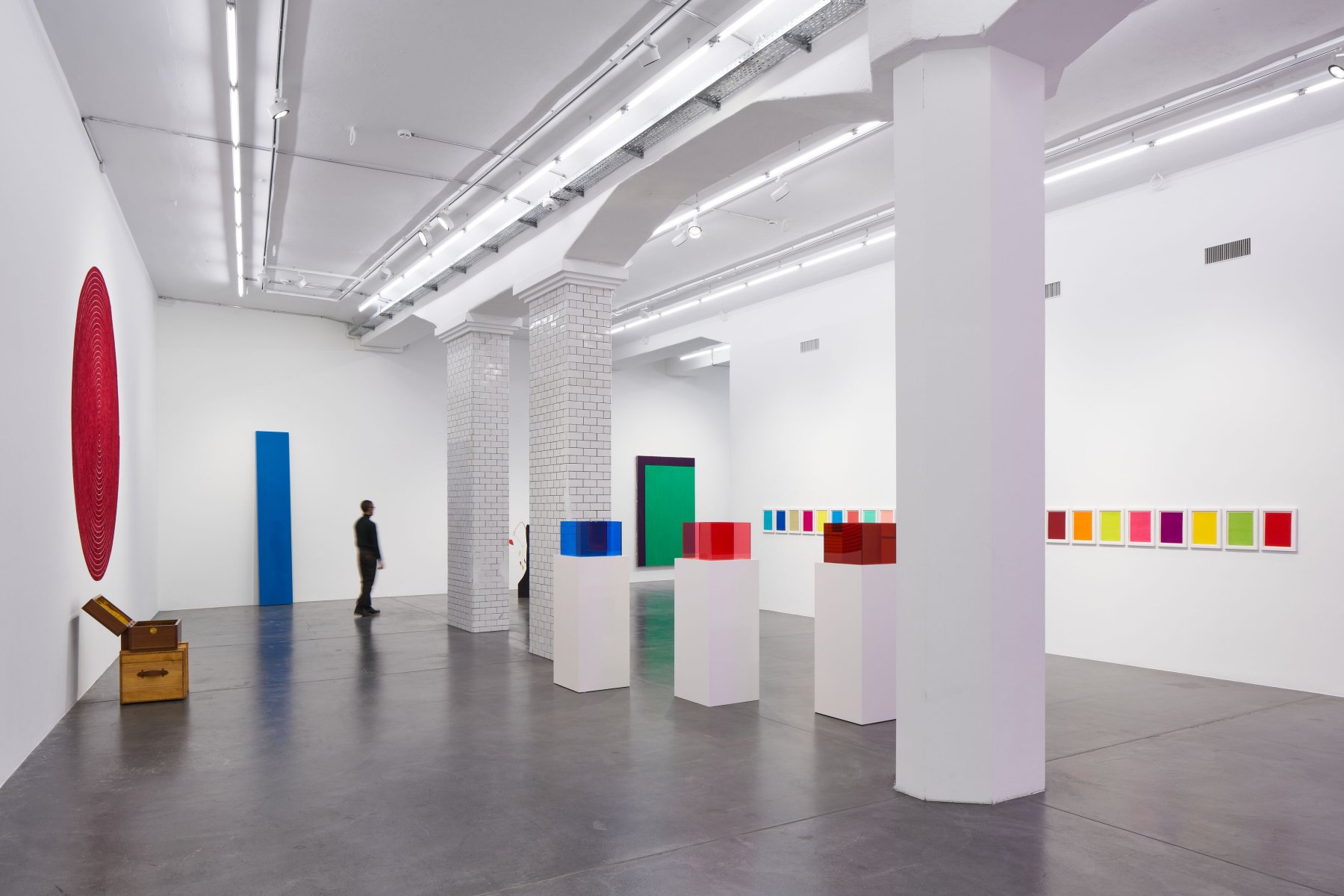 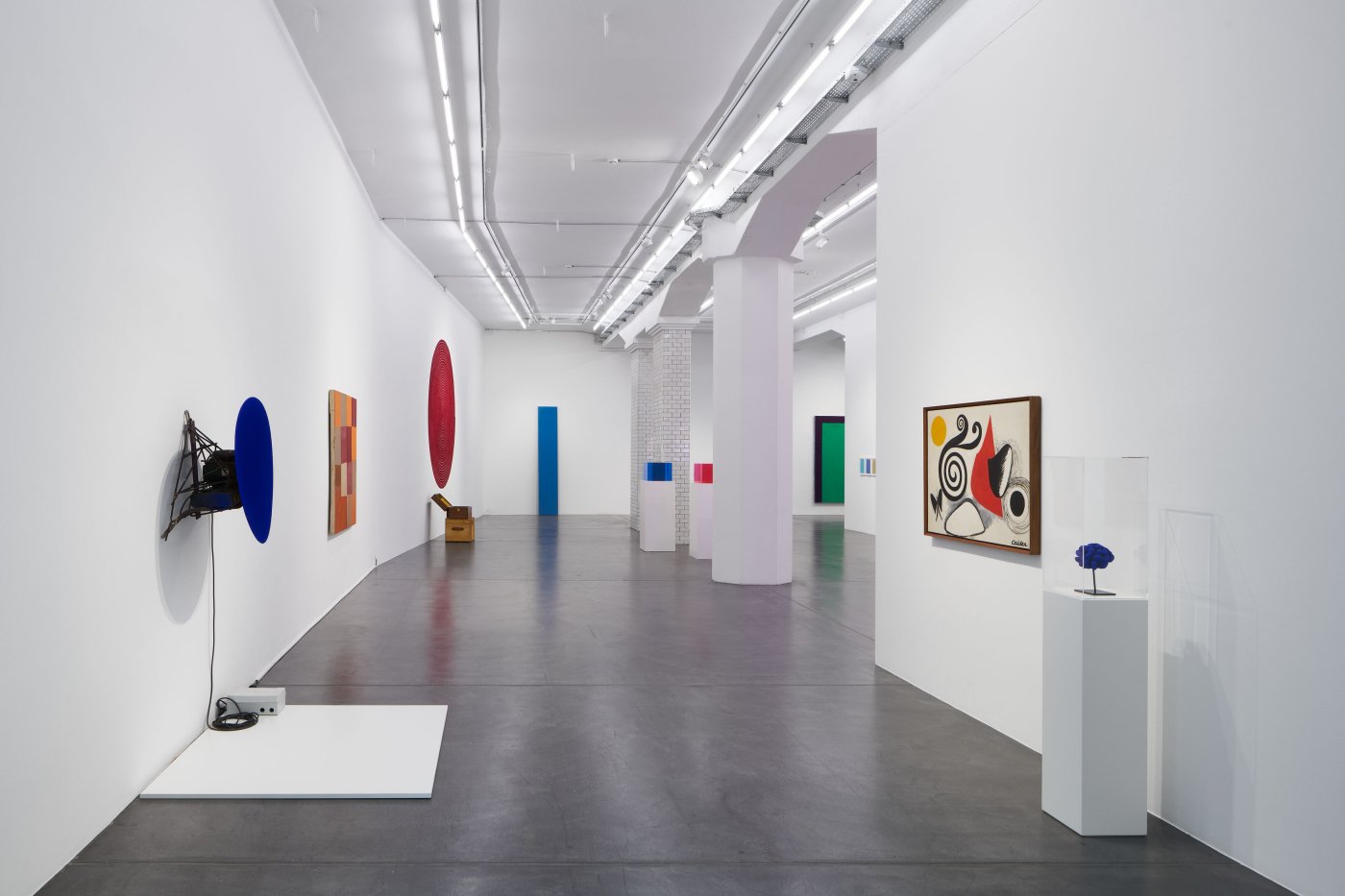 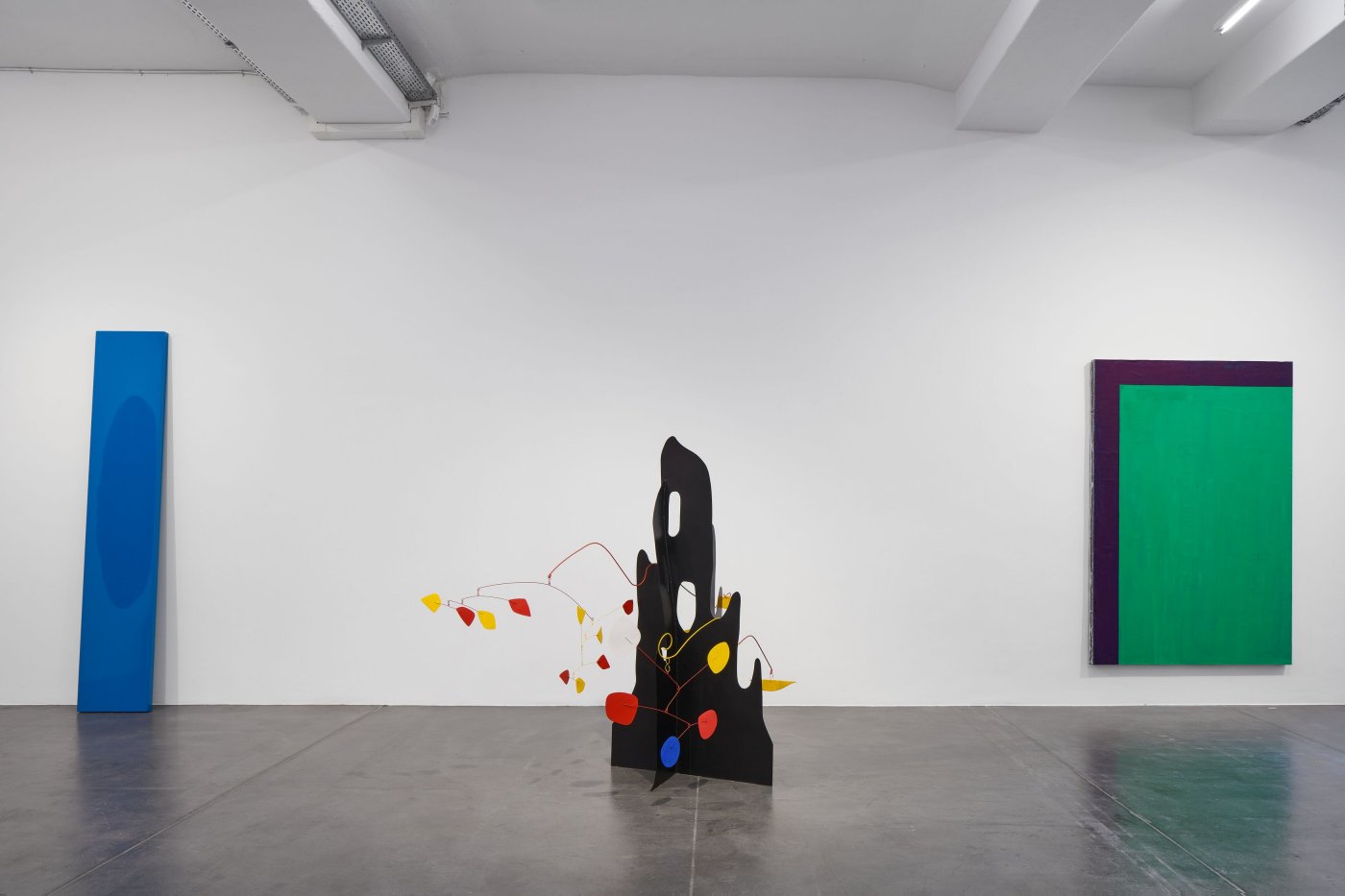 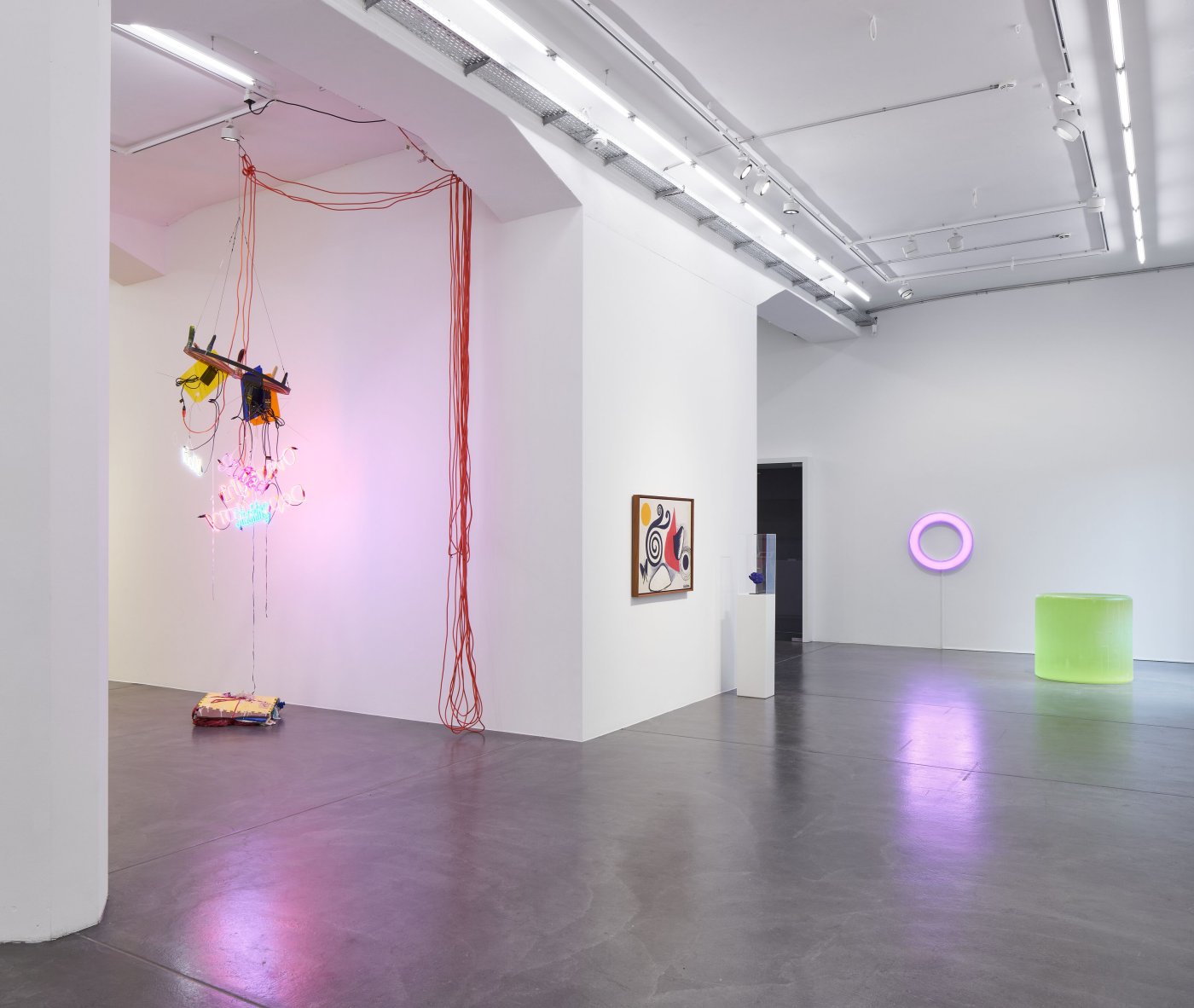 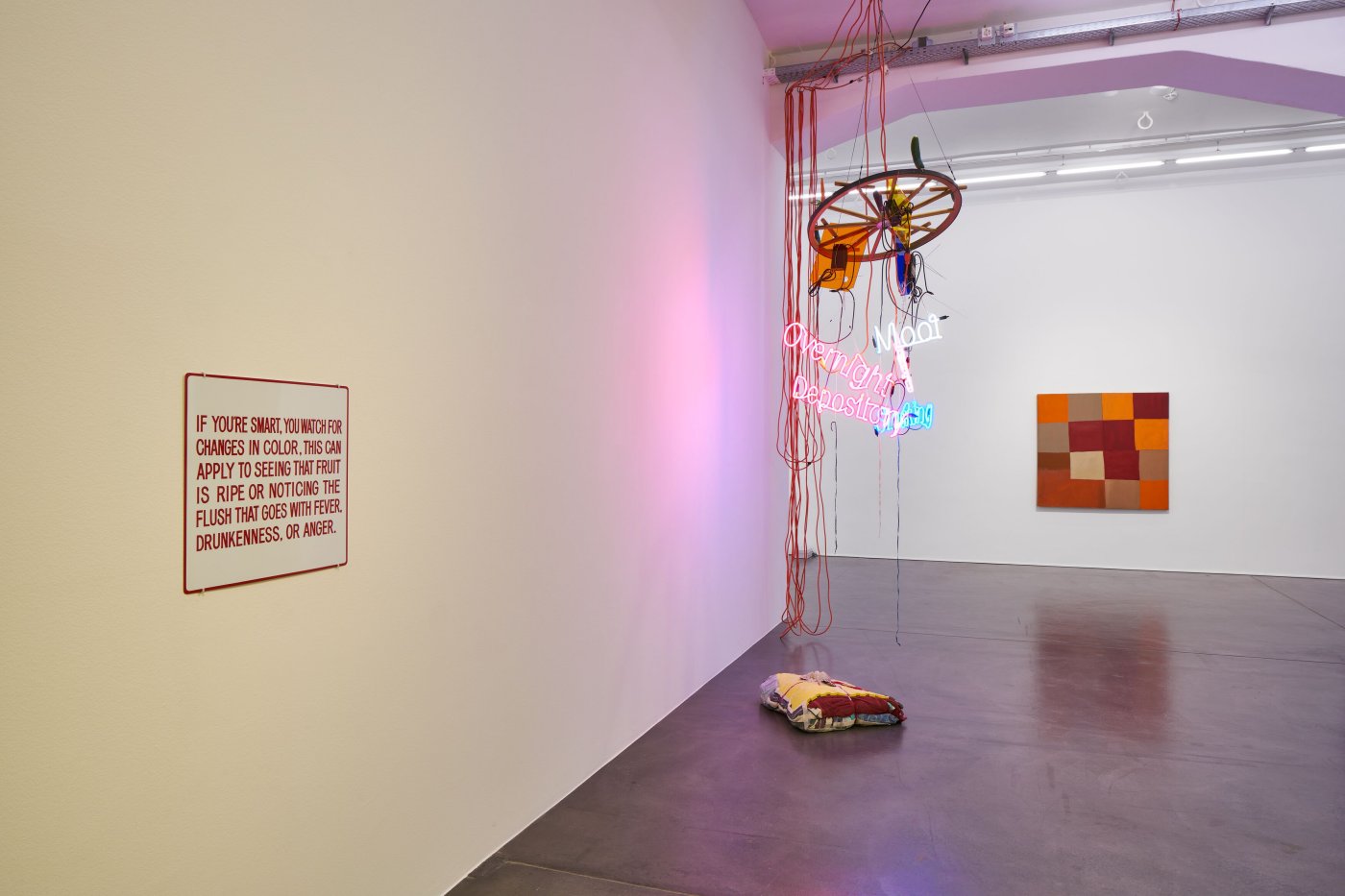 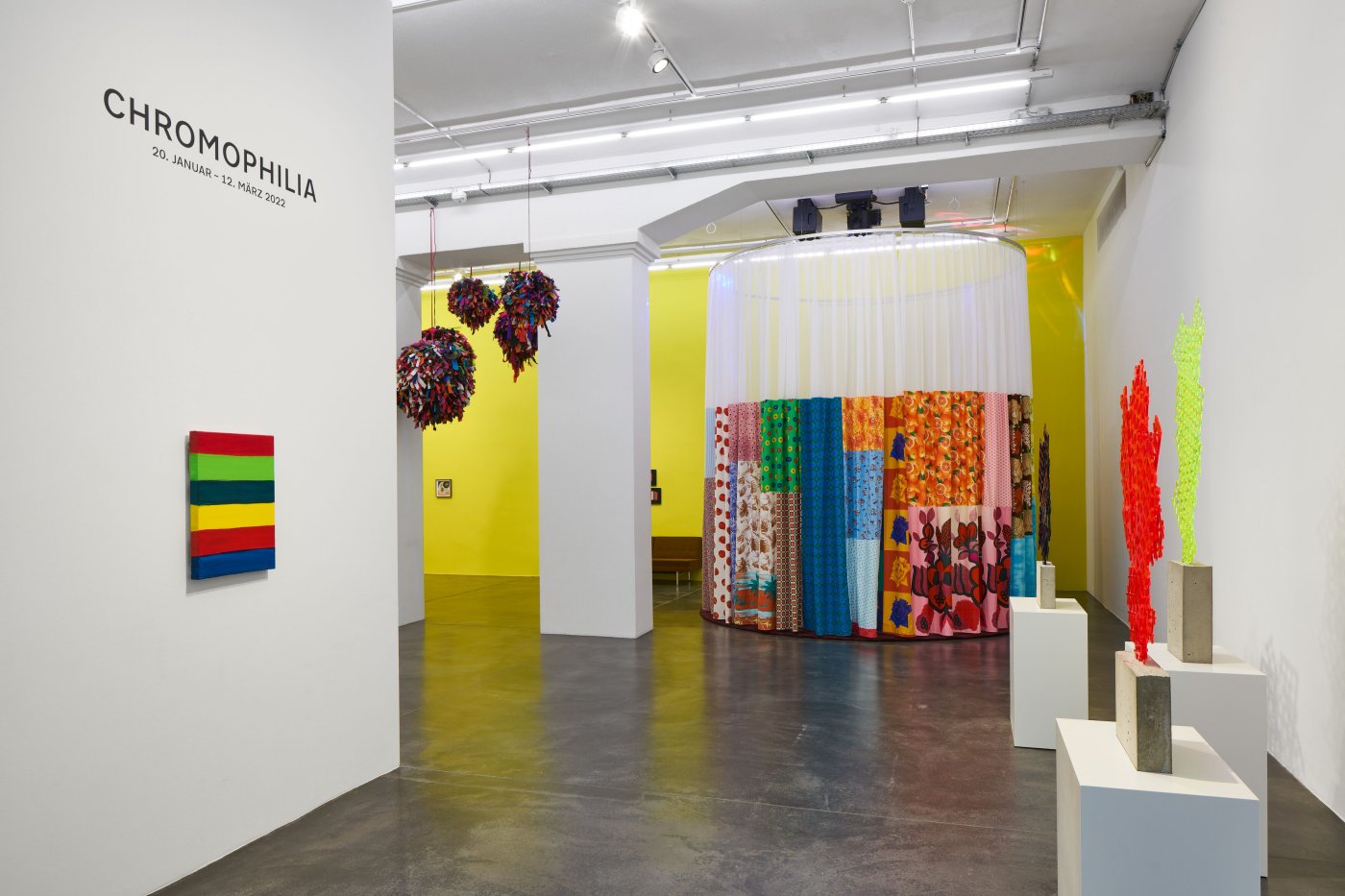 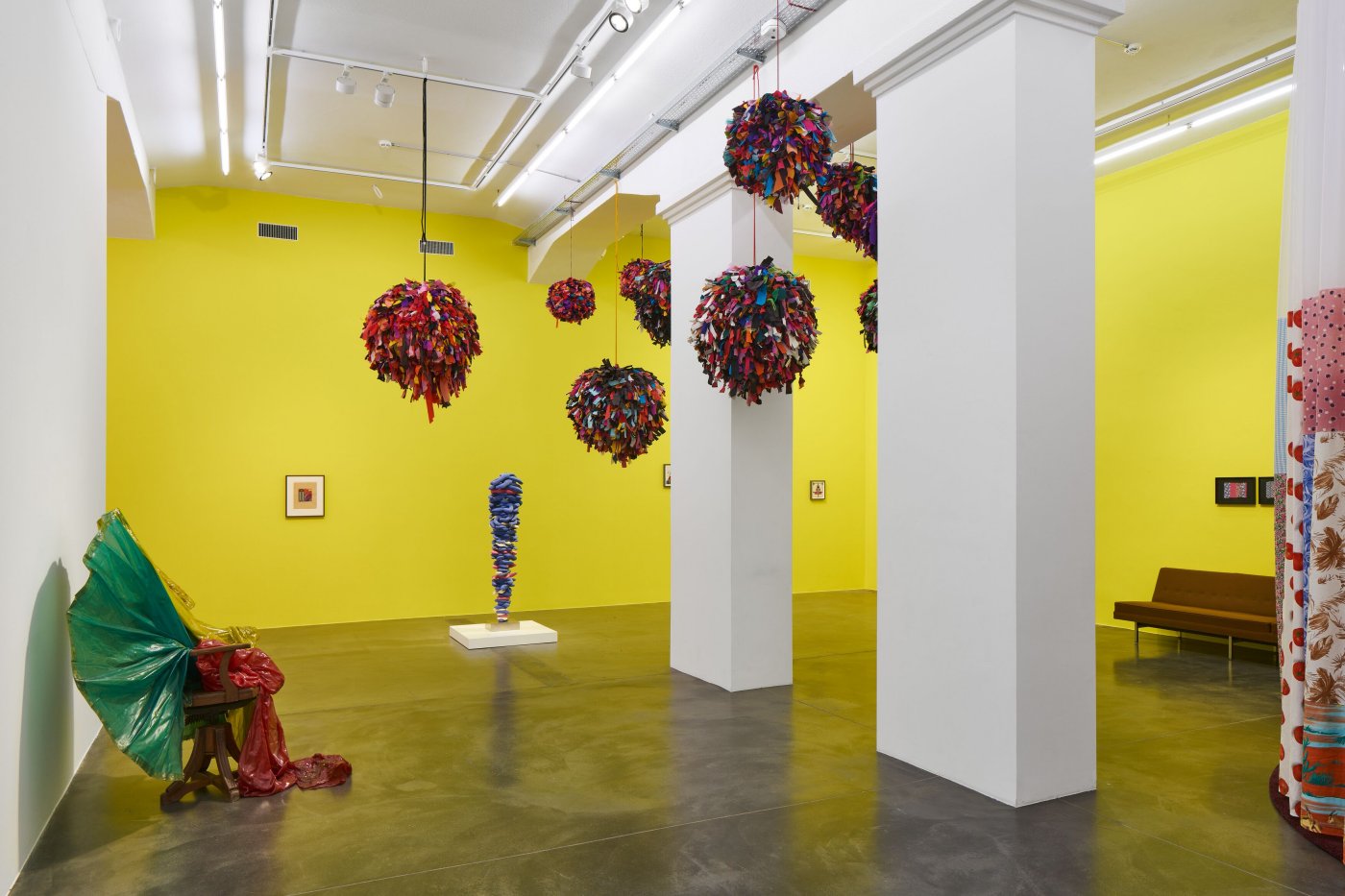 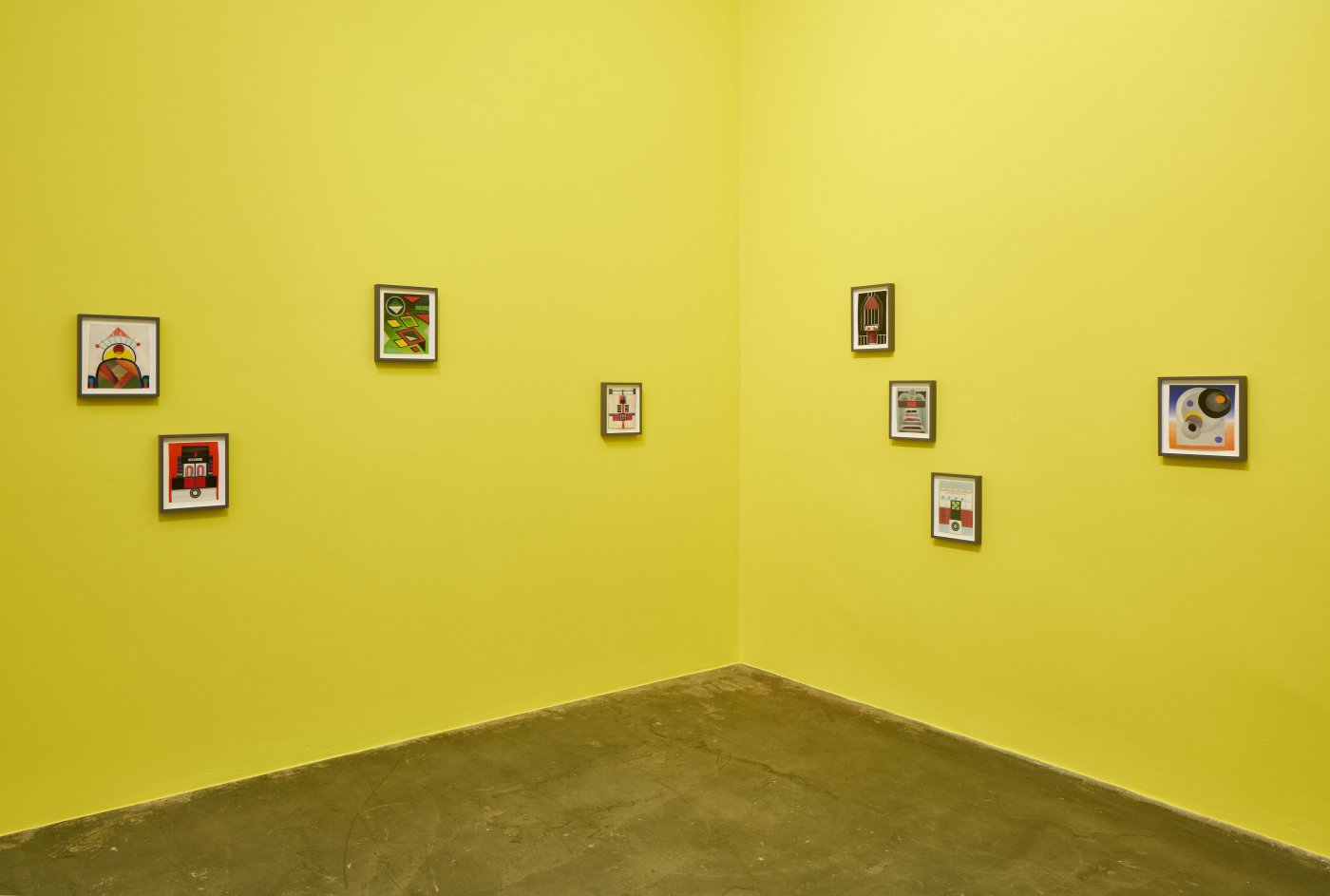 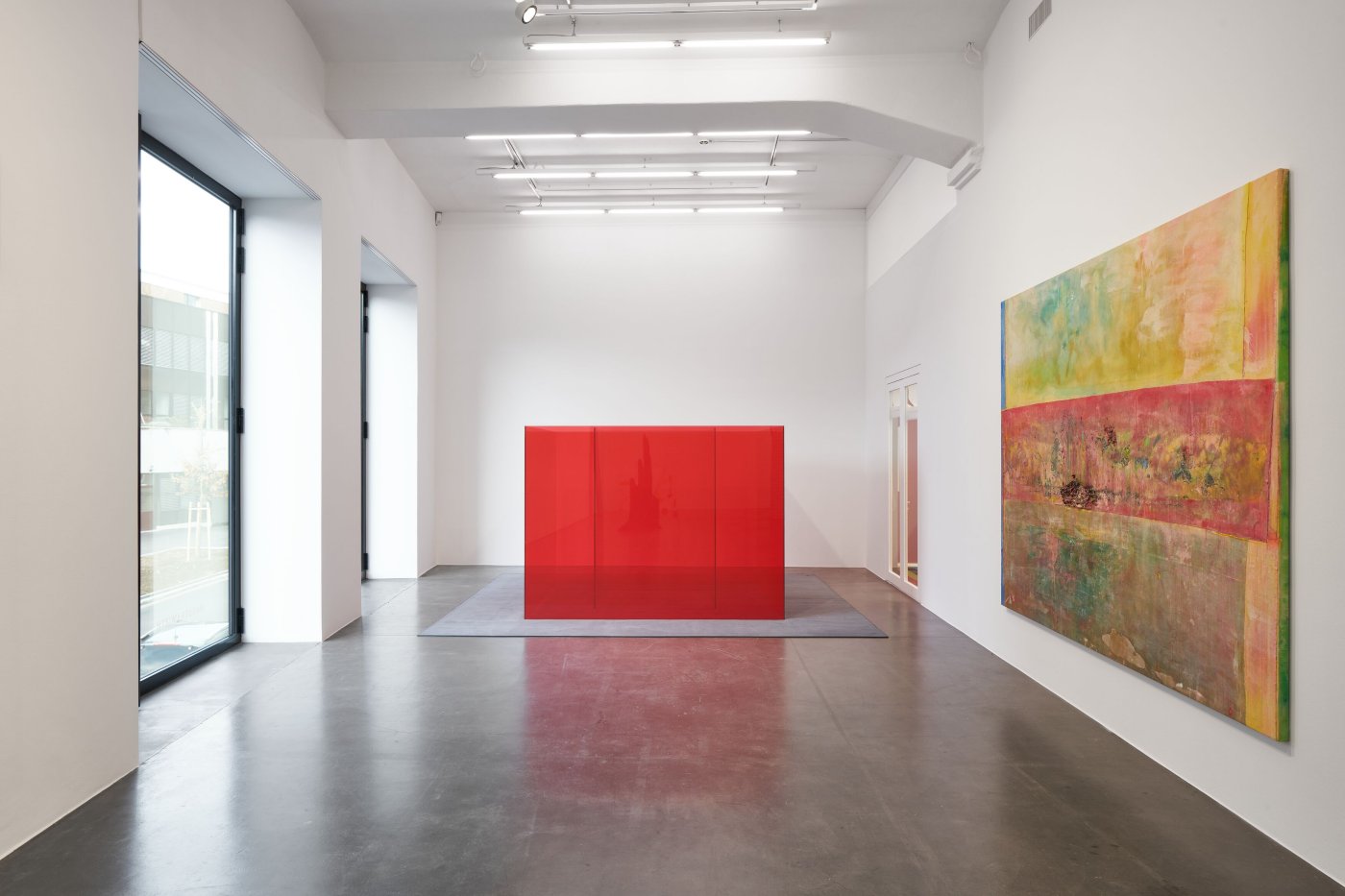 Until the 20th Century, colour in European, or Western, art was largely subordinated to line and form. The emancipation of colour in modern art came with the advent of movements such as impressionism, pointillism, fauvism, or the aptly named Blue Rider, and with the early development of modernist abstraction. The role of colour changed radically with the work of pioneering artists from Hilma af Klint to Helio Oiticica, and with Yves Klein, whose work ‘Total Speed (Crazed Blue)’ 1958, a collaboration with Jean Tinguely, will be on view in the exhibition. A concentration on colour remains a complex topic and the radical, though deceptive, simplicity of the use of single colours, particularly as monochromes, has been one of its most challenging aspects. Extending beyond the monochrome to explore close colour contrasts, Larry Bell’s early oil on canvas ‘Untitled’ (1959) ranges from orange and taupe to sienna and wine. This work anticipates his vibrantly tinted glass sculptures, such as ‘Pacific Red (IV)’ (2016-2017). Both show him to be a formidable colourist.

Colour has the capacity to work in myriad ways, representing opposing psychological states, from exuberant joy to crushing despair. Like music, brilliant colour can lift our spirits or stimulate memory; and artists have often turned to synaesthesia to develop their work. Colour is sometimes, though not always, child’s play: the 19th-century German educator Friedrich Froebel’s colour exercises for kindergarten influenced numerous members of the early avant-garde. Like the philosopher Walter Benjamin, they perhaps saw colour as a means to recapture the experiences of childhood. Colour, however, can be and frequently is highly symbolic, and often it is politicised, representing partisan ideologies, playing a role in activism or denoting race and gender. Colour is not impartial and white is also a colour, not necessarily or merely its absence. Colour is historically defined and located; it changes according to its given cultural associations. In the short, dark days of winter we embrace intense and magnificent colour in festivals and celebrations that serve to reinforce identity.

Throughout his career Frank Bowling has engaged with the complexity of colour in painting, and has developed his own highly original approaches to chromatic abstraction. His work ‘Swimmers’ (2020) presents the viewer with a dense, layered surface, composed from acrylic paints and gels, collaged canvas and found materials or objects. Bharti Kher’s sculpture ‘Peacock’ (2011) employs sari fabrics dipped in resin; by forming the bright green, shimmery blue and regal red fabrics into a peacock-like shape, Kher draws our attention to the transformation of everyday materials, likewise to the relation of colour to the body, and also to the important roles colour plays in India.

Occupying the full height of the exhibition space, Pipilotti Rist’s immersive installation ‘Wohnzimmerdisco ohne Angst (Living Room Disco without Fear)’ (2009) combines carpets and curtains, with sound and light to create a shower of vivid colour tones. David Batchelor’s ‘Chromodisc’ (2019) is a sculptural clock that uses light to move through the colour spectrum over the course of an hour. Overall, the artists included in ‘Chromophilia’ deploy colour always in inventive and extraordinary ways, helping us to see and experience our world anew.