With her early work, Cindy Sherman revolutionized the role of the camera in artistic practice and opened the door for generations of artists and critics to rethink photography as a medium. Hauser & Wirth New York presents over one hundred works from Sherman’s most groundbreaking and influential early series – including the complete set of 70 Untitled Film Stills, Rear Screen Projections and Centerfolds – in her first major solo exhibition with the gallery. 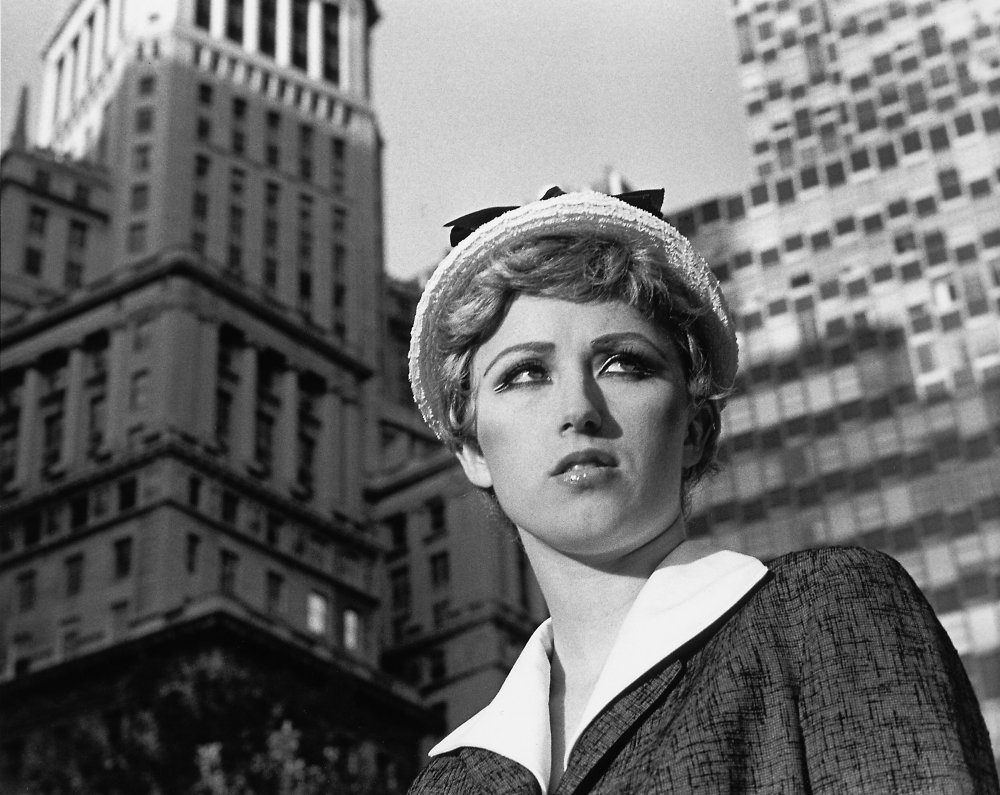 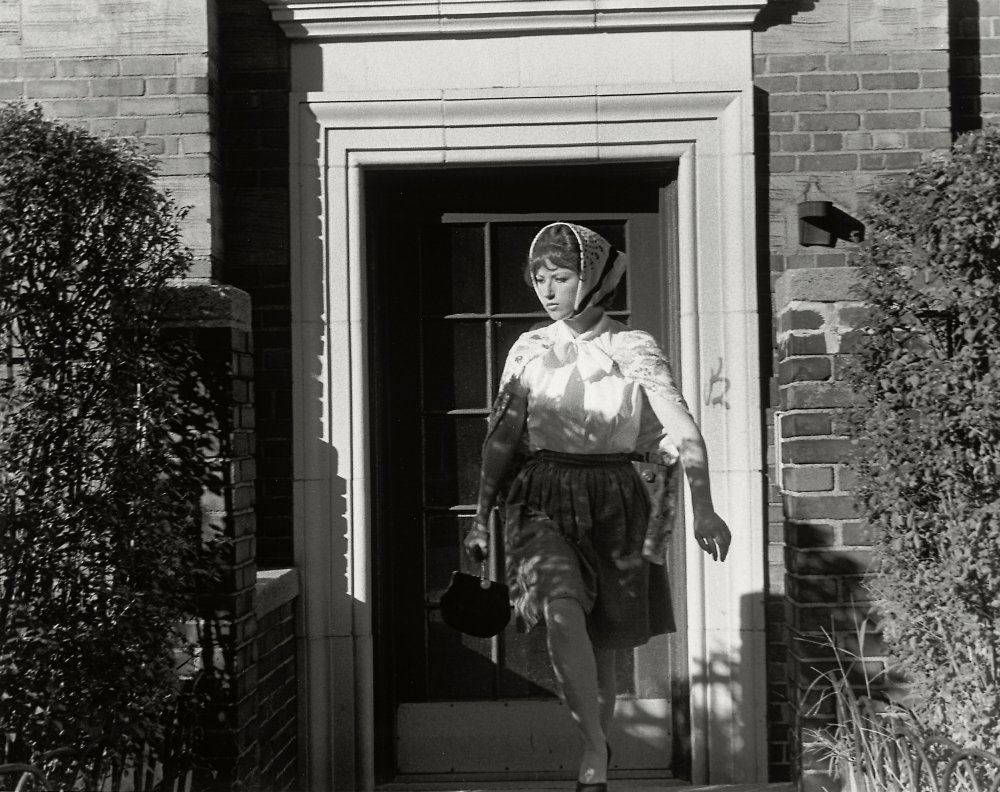 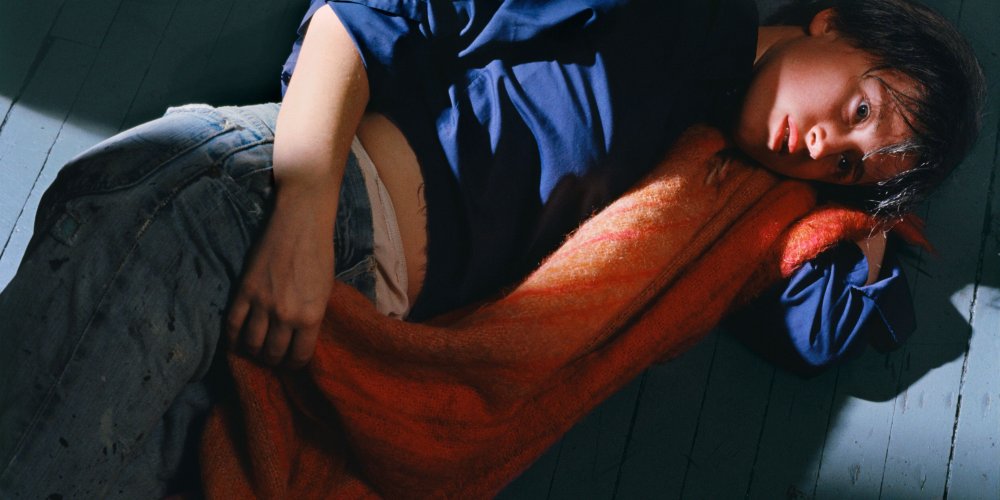 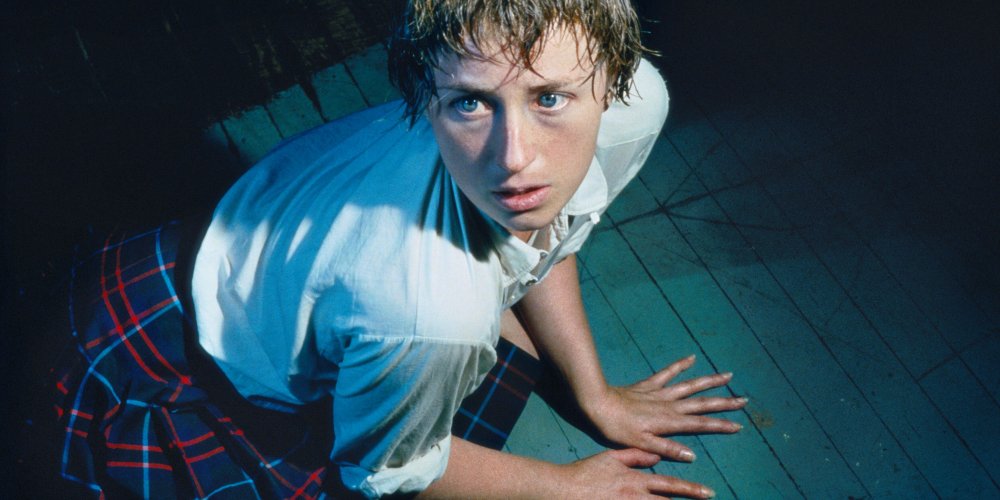 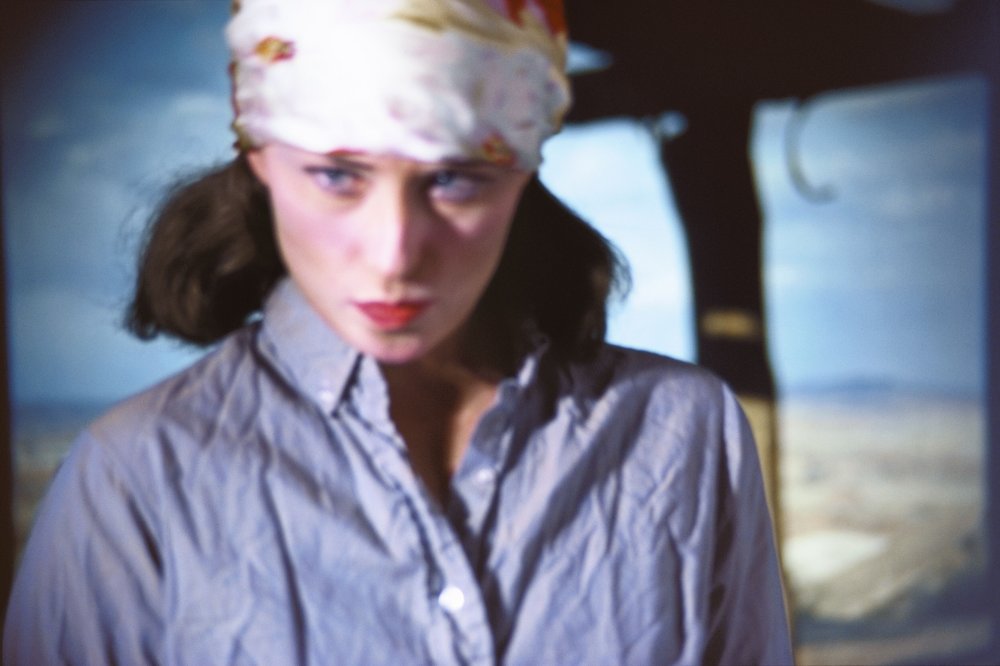 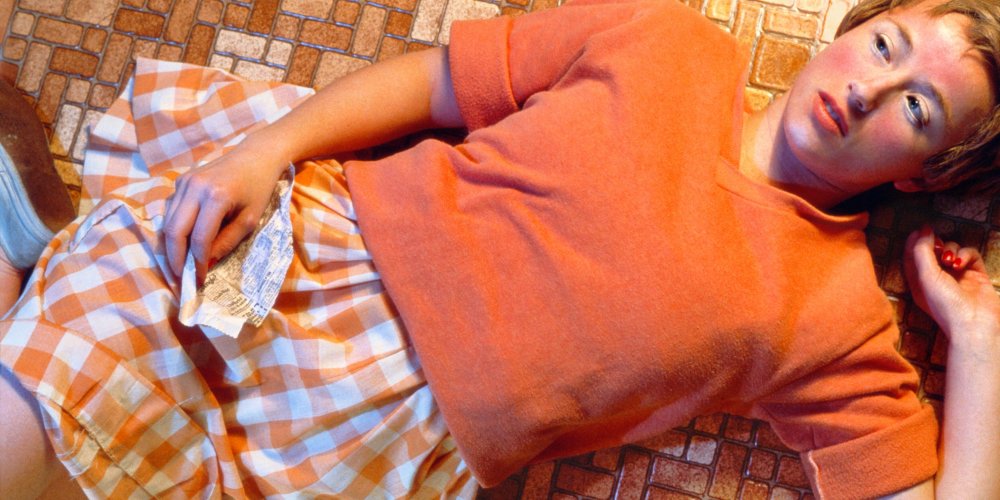 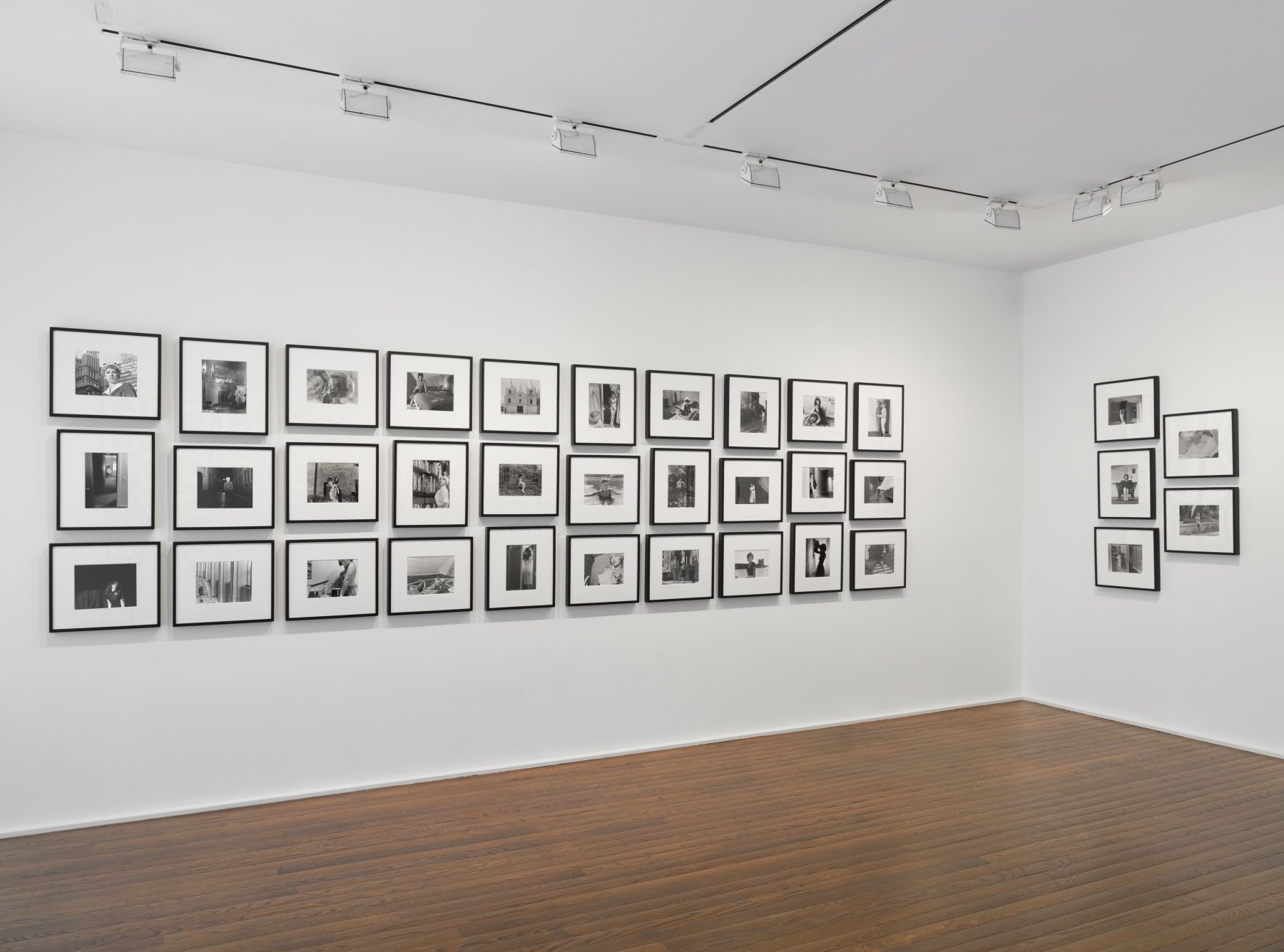 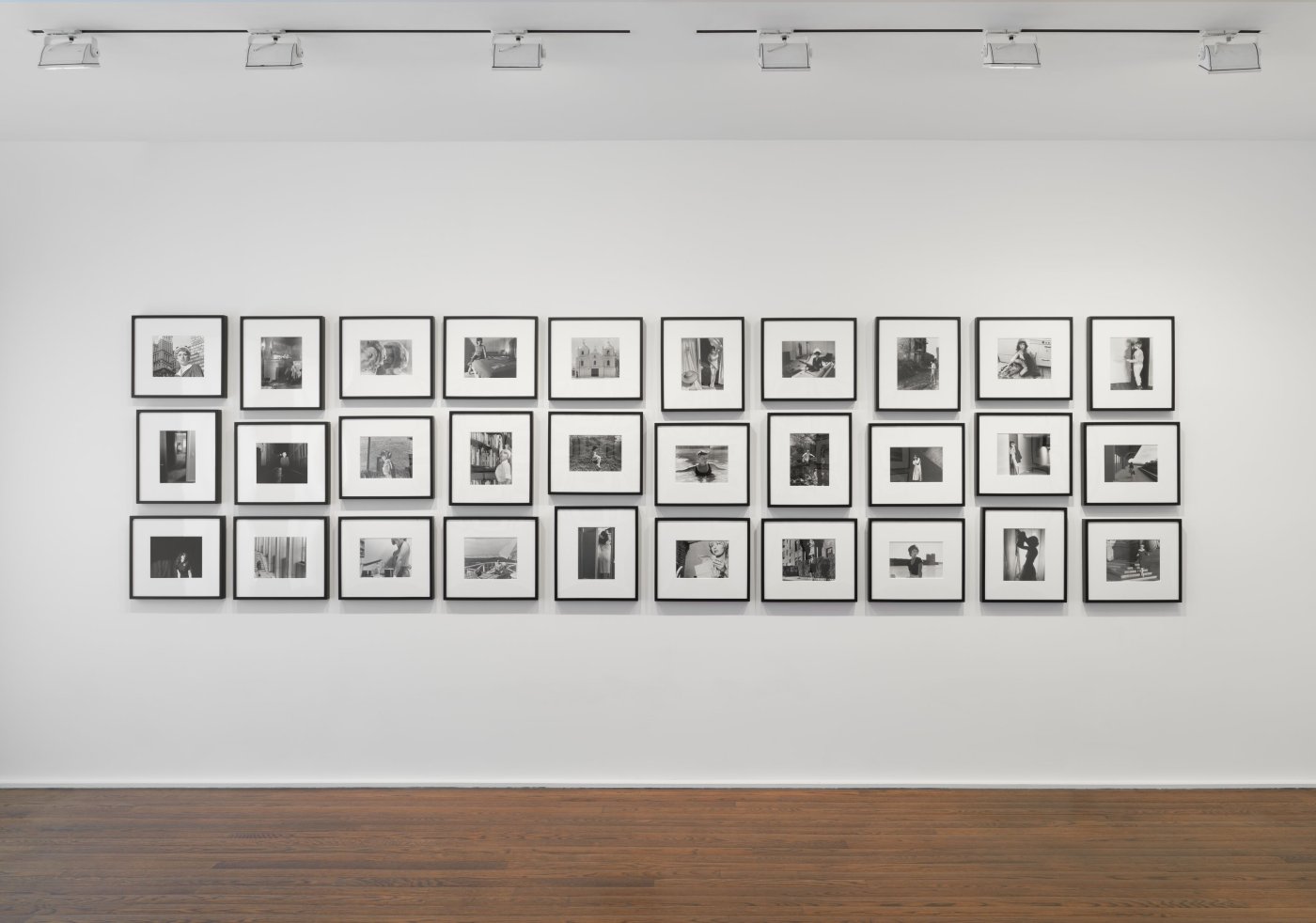 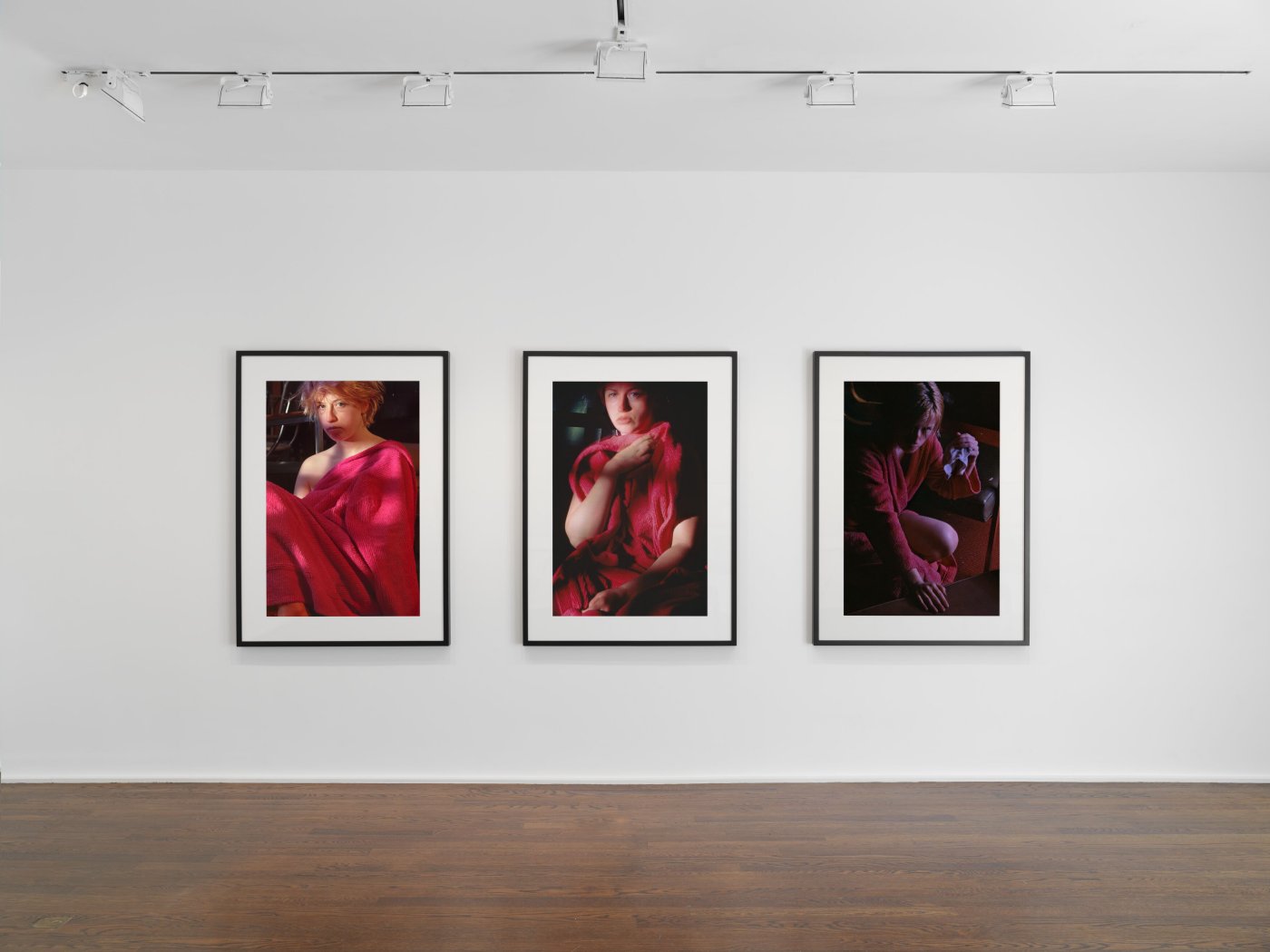 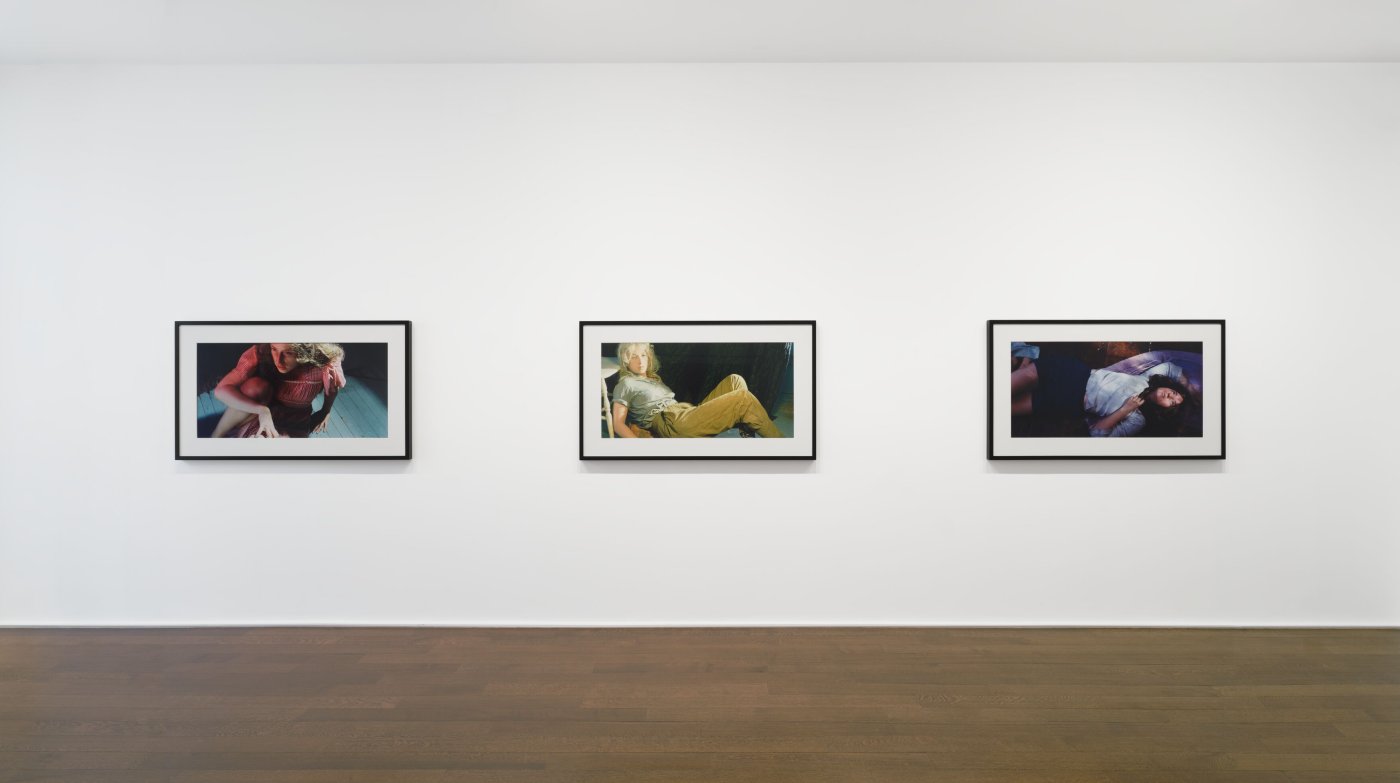 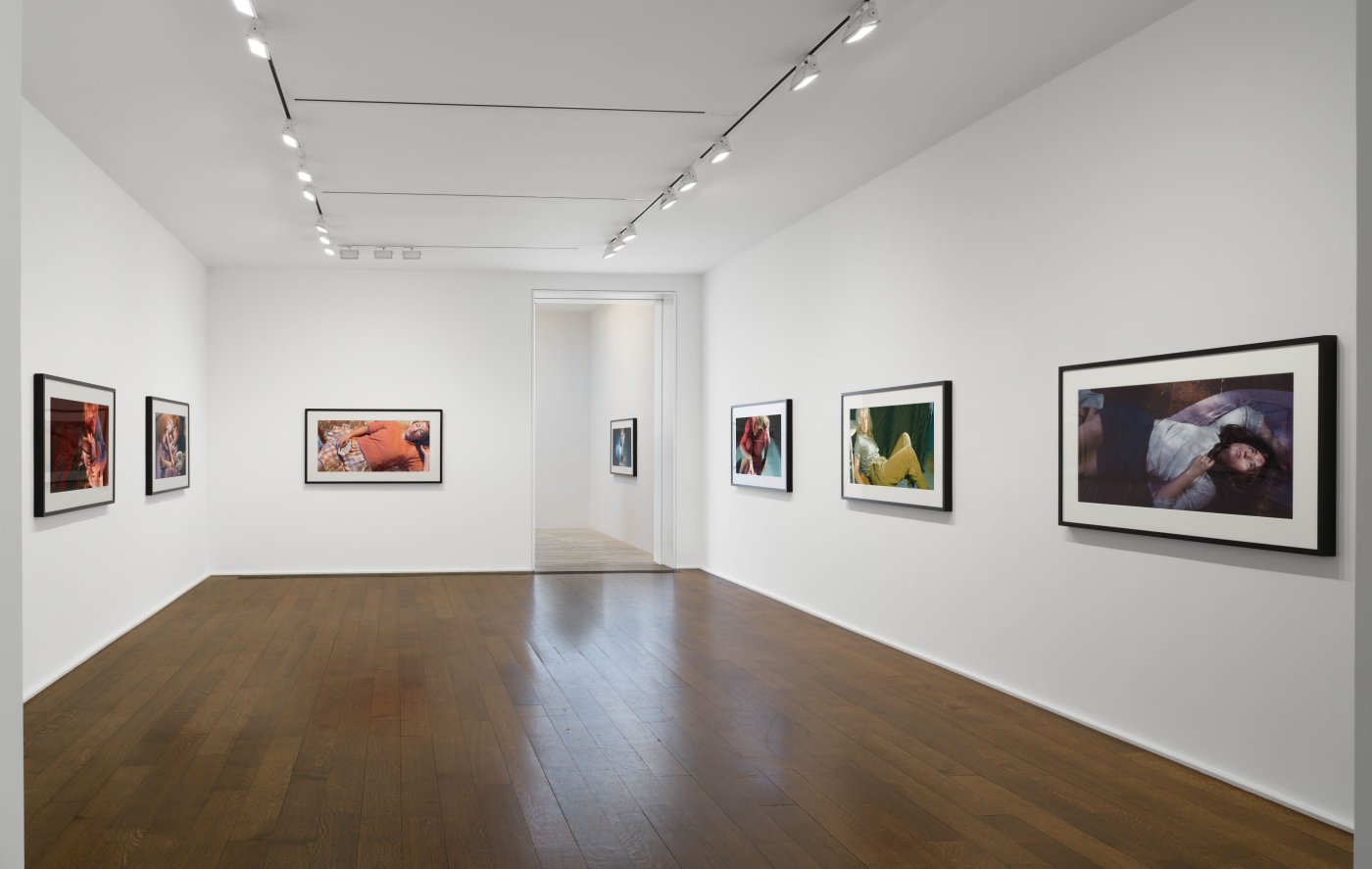 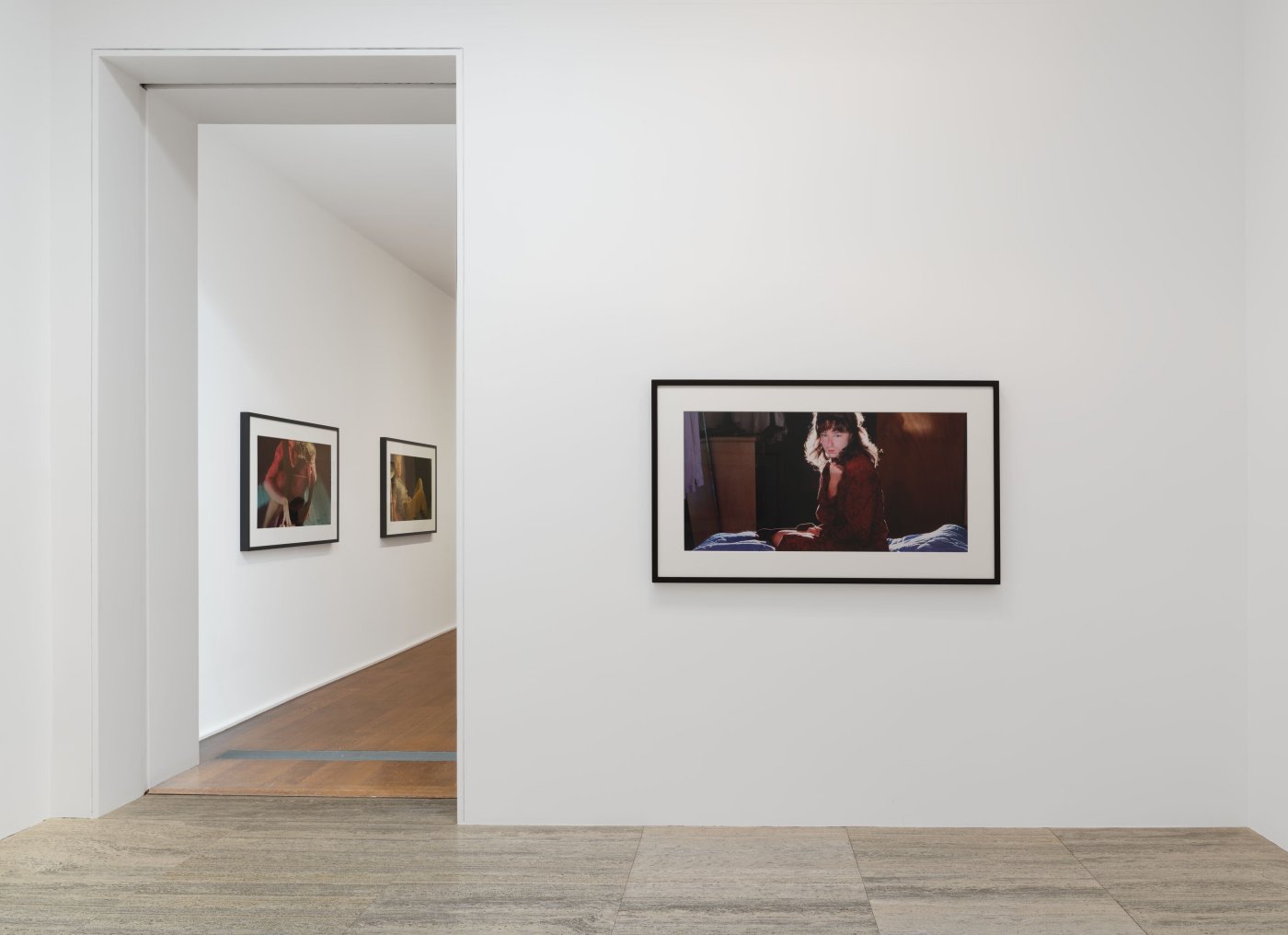 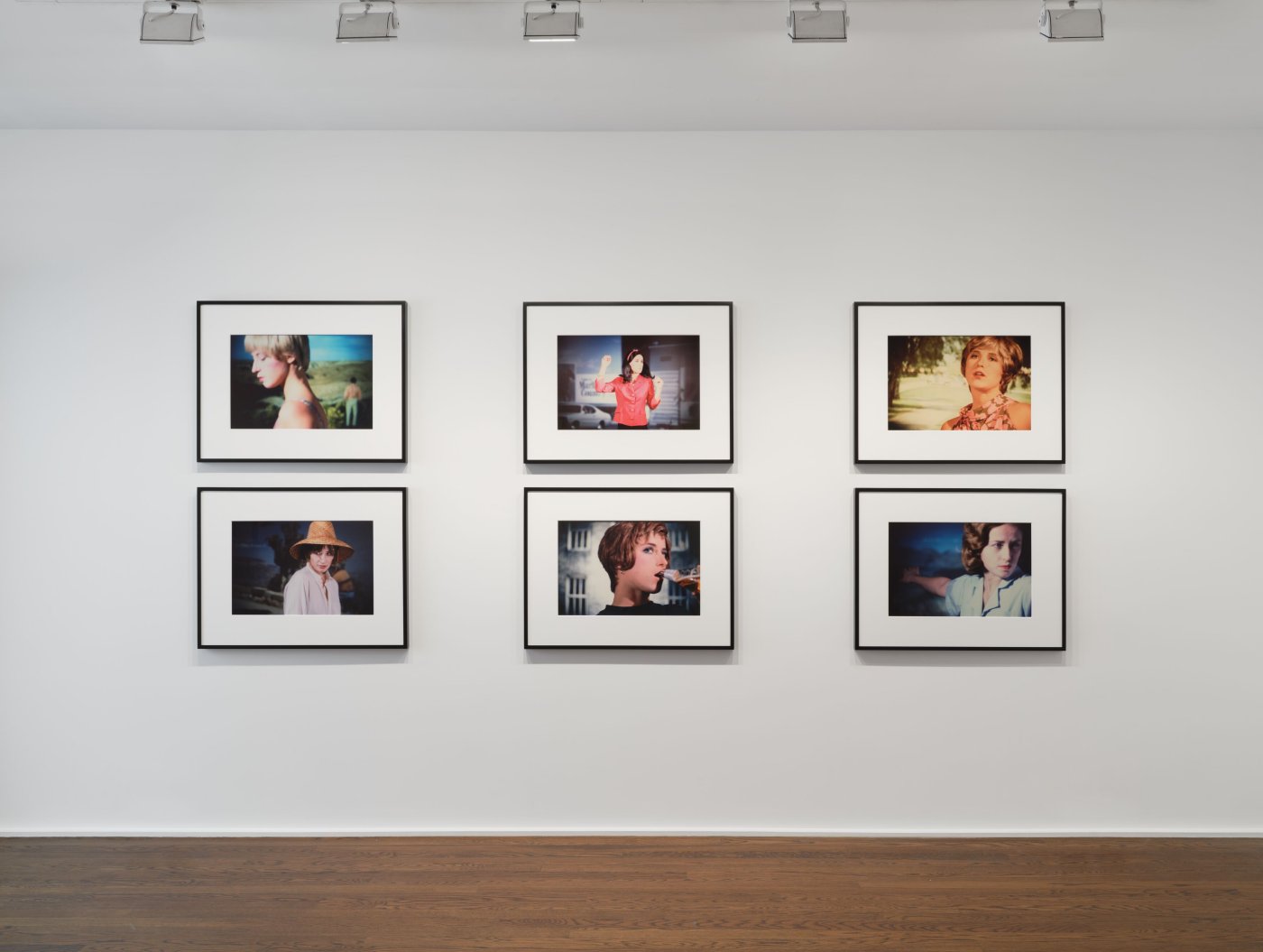 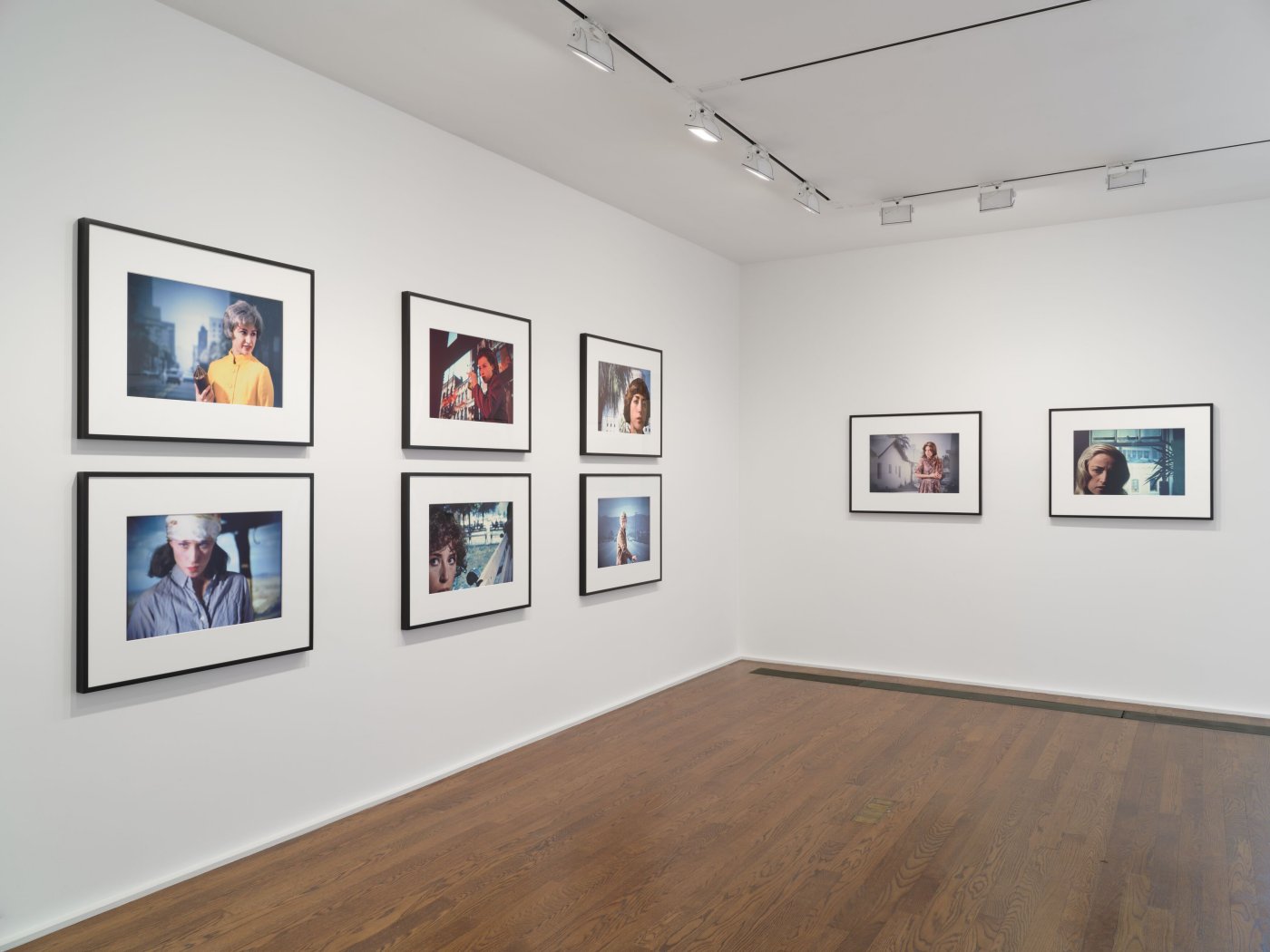 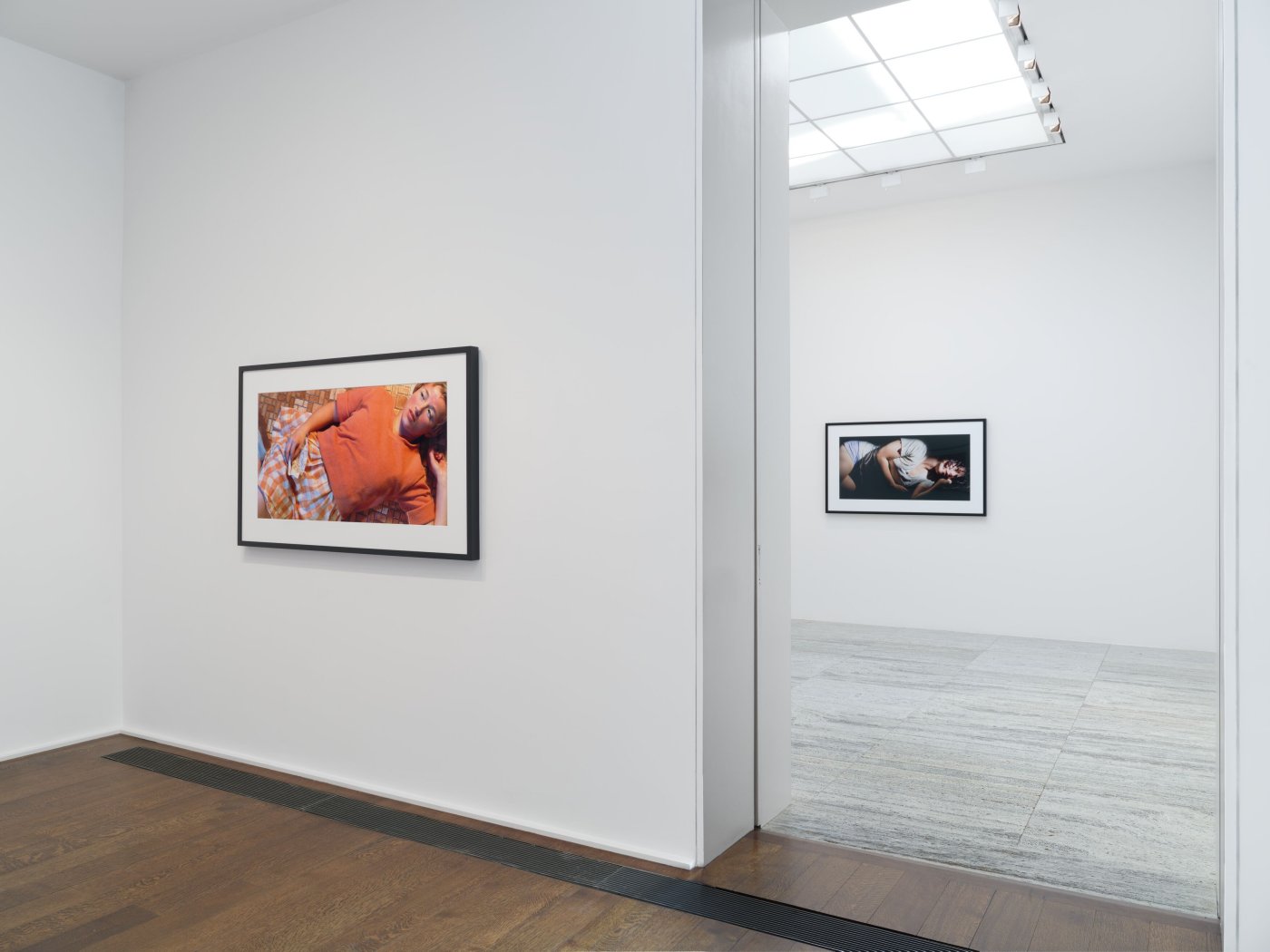 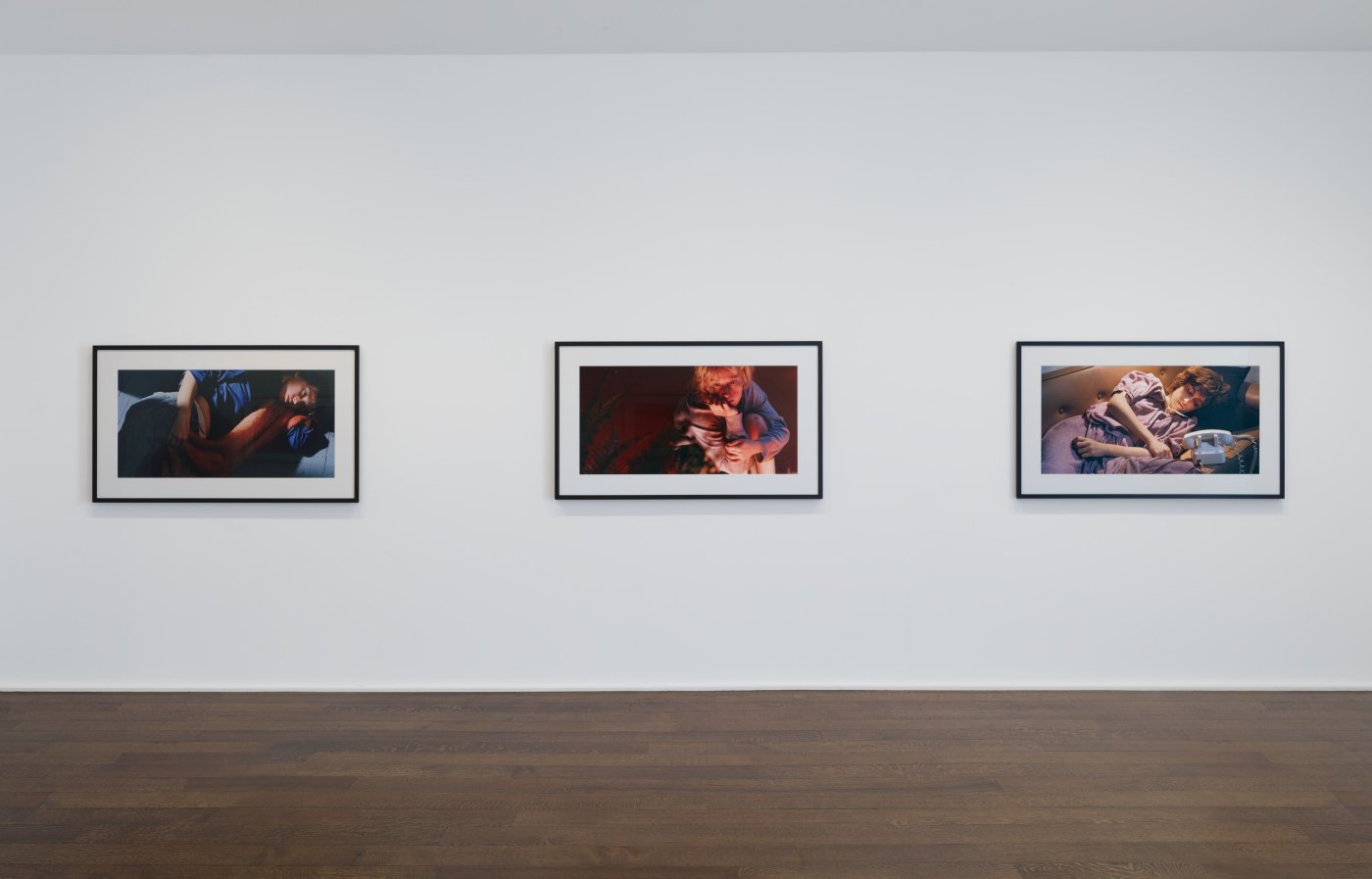 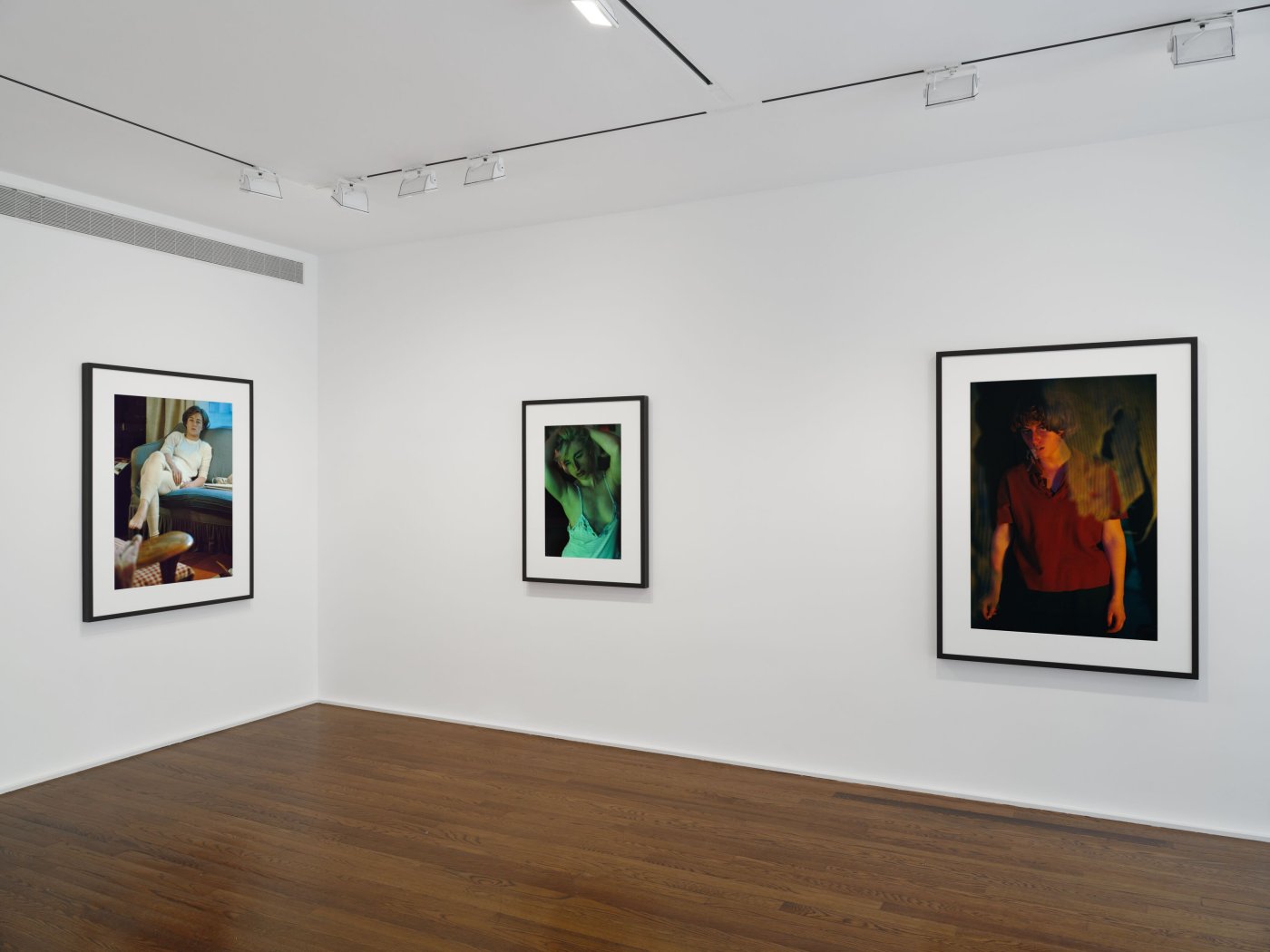 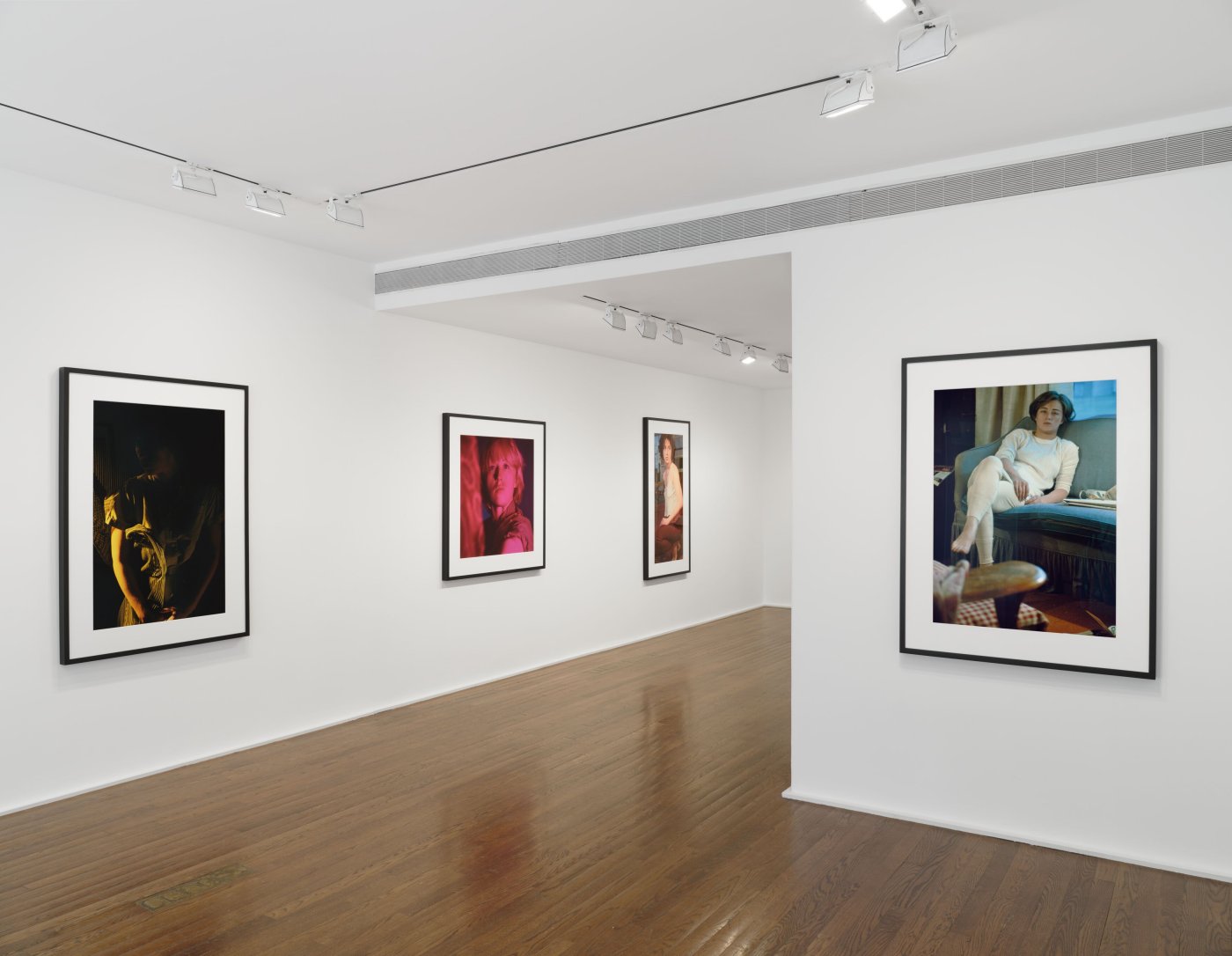 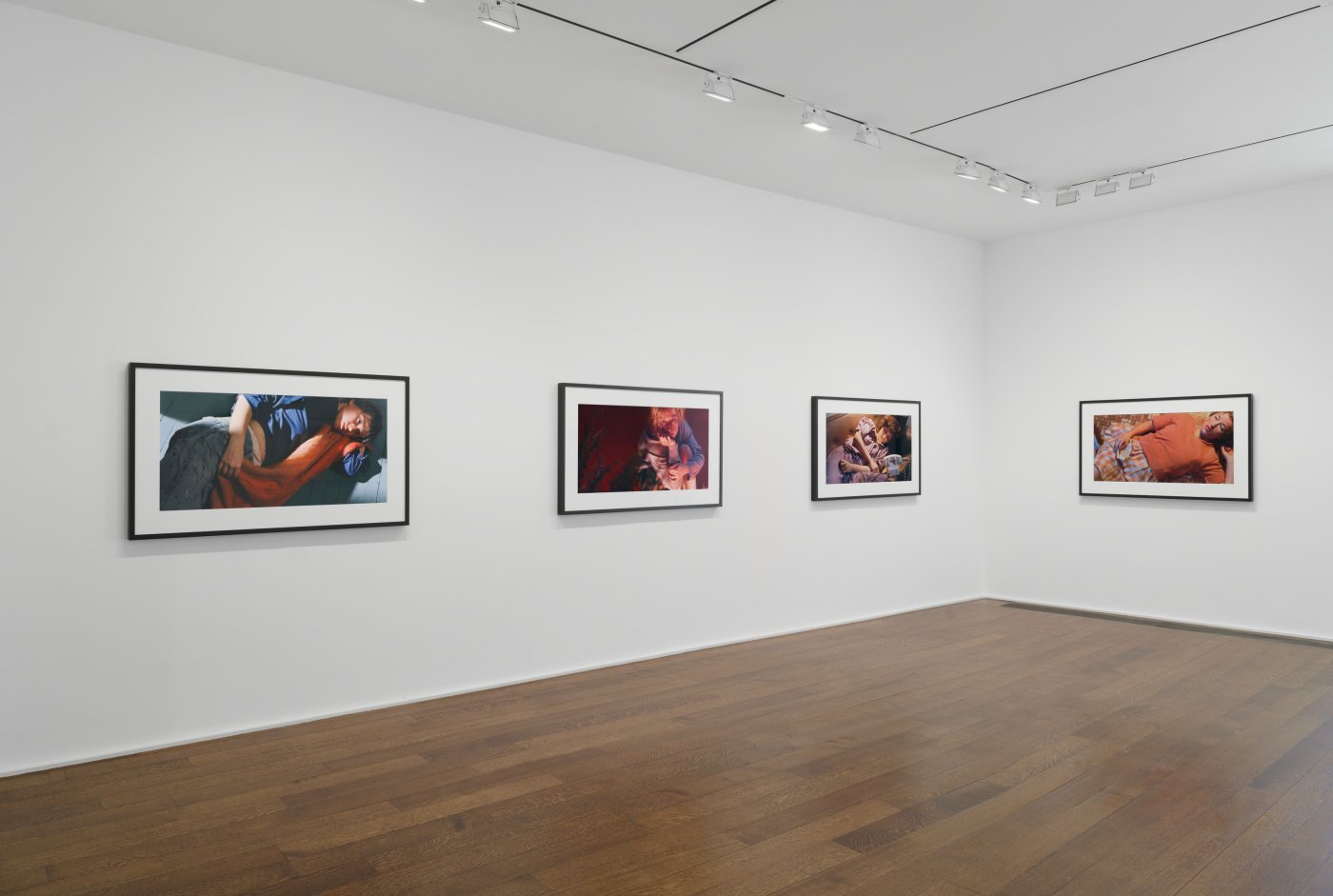 Preferring to work alone, Sherman was not only the photographer, but also the makeup artist, hairdresser, stylist, and director, casting herself as the star of heavily staged, fictional tableaux. Inspired by depictions of women in television, film, and advertising, her characters explored a range of female stereotypes – femme-fatale, career-girl, housewife, etc.– to confront the nature of identity and representation in the media in a way that remains surprising and relevant today. Created over forty years ago, these powerful, enigmatic bodies of work are touchstones of contemporary art that continue to inspire and influence the course of art and image-making.

Sherman began making the Untitled Film Stills in the fall of 1977 just after moving to New York City at twenty-three years old. This iconic series of eight-by-ten-inch black-and-white photographs was originally conceived as a group of imaginary film stills from a single actress’s career. What began as an experiment in how to imply narrative without involving other people would evolve into 70 works over the next three years. Inspired by 1950s and 1960s Hollywood, film noir, B movies, and European art-house films, Sherman’s plethora of invented characters and scenarios imitated the style of production shots used by movie studios to publicize their films. The images are evocative of certain character types and genres, but always intentionally ambiguous, leaving room for the viewer to insert themselves into the work and walk away with their own interpretations. The entire set of Untitled Film Stills, the only series Sherman ever officially named, will be presented together in this exhibition for the first time since they were shown at the Museum of Modern Art for the artist’s retrospective exhibition in 2012.

Sherman stopped making the Untitled Film Stills in 1980 and began working in color. She continued to use herself as a model, transforming her appearance with various costumes, makeup, and wigs, leaving the narrative of her scenes deliberately vague. However, instead of making use of existing light and locations, Sherman brought her work back into the controlled environment of her studio, posing in front of locations projected onto a large screen – a technique made famous in several of Alfred Hitchcock’s films – to create the series now known as the Rear Screen Projections. Unlike the Untitled Film Stills, with their artificial narratives set in real locations, this series presents women no longer bound by their physical surroundings.

Around the same time that she was making the Rear Screen Projections, Sherman was commissioned to create new images for Artforum magazine. Continuing her exploration of the tension between artifice and identity in consumer culture, she responded with a series clearly referencing erotic images commonly found in the middle of men’s magazines at the time. Reversing the dynamic of male photographer and female pin-up by assuming both roles, Sherman subverted the genre here – replacing the traditional nude woman with fully clothed female subjects reclining in emotionally suggestive yet ambivalently distanced poses. The photographs were ultimately never published by the magazine for fear of public backlash and instead became a critically acclaimed series of 12 large-scale horizontal color works known as the Centerfolds. Designed to make viewers uncomfortable, the series continues to challenge expectations surrounding this type of photograph, drawing attention to the way we consume images – especially of women.

Born in 1954 in Glen Ridge, New Jersey, Cindy Sherman lives and works in New York NY. Her groundbreaking work has interrogated themes around representation and identity in contemporary media for over four decades. Coming to prominence in the late 1970s with the Pictures Generation group ¬– alongside artists such as Sherrie Levine, Richard Prince and Louise Lawler – Sherman first turned her attention to photography at Buffalo State College where she studied art in the early 1970s. In 1977, shortly after moving to New York City, she began her critically acclaimed series of Untitled Film Stills. Sherman continued to channel and reconstruct familiar personas known to the collective psyche, often in unsettling ways, and by the mid to late 1980s, the artist’s visual language began to explore the more grotesque aspects of humanity through the lens of horror and the abject, as seen in works such as Fairy Tales (1985) and Disasters (1986-89). These highly visceral images saw the artist introduce visible prostheses and mannequins into her work, which would later be used in series such as Sex Pictures (1992) to add to the layers of artifice in her constructed female identities. Like Sherman’s use of costumes, wigs, and makeup, their application would often be left exposed. Her renowned History Portraits, begun in 1988, used these theatrical effects to break, rather than uphold, any sense of illusion.

Since the early 2000s, Sherman has used digital technology to further manipulate her cast of characters. For the artist’s Clown series (2003) she added psychedelic backdrops that are at once playful and menacing, exploring the disparity between the exterior persona and interior psychology of her subject. In her Society Portraits (2008) the artist used a green screen to create grandiose environments for women of the upper echelons of society. These CGI backdrops add to the veneer-like charm of the women that Sherman portrayed, heavily made up and absorbed by societal status in the face of aging. In her series of wall murals from 2010 (installed for her MoMA retrospective in 2012), Sherman features several different characters against a computerized background in ill-fitting wigs, medieval dress, and no makeup, instead using photoshop to alter her facial features. In her Flappers series from 2016, the viewer is confronted with the vulnerability of the aging process in 1920s Hollywood starlets, who pose in the glamorous attire from their prime with exaggerated makeup.

In 2017, Sherman began using Instagram to upload portraits that utilize several face-altering apps, morphing the artist into a plethora of protagonists in kaleidoscopic settings. Disorientating and uncanny, the posts highlight the dissociative nature of Instagram from reality and the fractured sense of self in modern society that Sherman has uniquely encapsulated from the outset of her career.