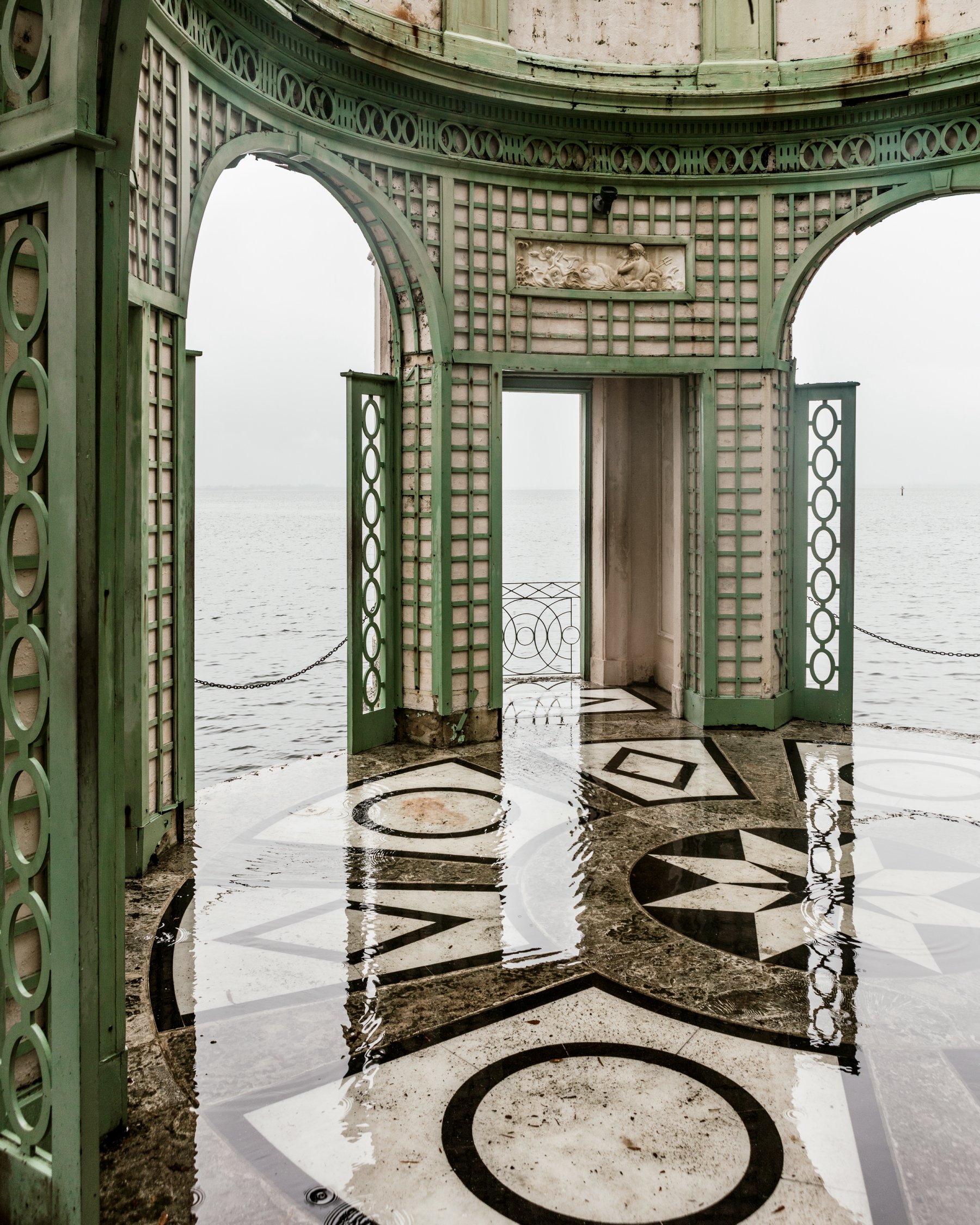 Each of the projects display a unique perspective on pictorial representation, with the artists taking a distinctive approach to the medium of photography and focusing on subject matter linked to a specific region or community. What the projects share is an approach that is monumental in ambition and scale whether that be personal, practical, philosophical or political. The extensive research and commitment reflected in the work of Jo Ractliffe and Gilles Peress, whose focus on post-Apartheid South Africa and on the streets of Northern Ireland respectively, propose new ways to picture, and to historicise, conflict and its aftermath. Deana Lawson’s reframing and reclaiming of the Black experience positions a potent iconography that underlines and undermines received histories of representation; while for Anastasia Samoylova, personal experience of climate change in Florida reveals the stark dissonance between idealised imagery and the reality of rising tides.

The exhibition, curated by Katrina Schwarz, opens at The Photographers’ Gallery, London on the 25 March and runs until the 12 June 2022. It then tours to Deutsche Börse’s headquarters in Eschborn, Frankfurt on 30 June 2022, home to an internationally renowned collection of contemporary photography.

On the 5th floor is Anastasia Samoylova’s (b.1984, Moscow, Russia) extensive photographic series, FloodZone – a continuously evolving project. The project offers a beguiling and unique response to environmental changes in America’s coastal cities, particularly focusing on Florida, which has been the artists home since 2016. Aspirational imagery – touting tourism and property development – forms the region’s official iconography, though it exists in sharp contrast to the realities of encroaching climate disasters. A selection of B&W and Colour Photographs spanning 2017 – 2019 are presented as framed prints and large-scale wallpapers in a gallery environment distinguished by a strong colour palette and use of a strong graphic design. Taken together, the installation reflects the tools of seduction and disorientation used by advertisers and property developers in a region dazzling in its appeal, while dangerously impacted by rising sea levels.

The adjacent gallery on Floor 5 presents works by Jo Ractliffe (b. 1961, Cape Town, South Africa), who has been nominated for her comprehensive monograph Photographs 1980s – now, 2021, published by The Walther Collection/Steidl. For forty years, the artist has created stark and important images, shaped by the legacy of Apartheid in South Africa. The exhibition will focus on black-and-white imagery and depictions of the landscape. Spanning significant bodies of work, including N1: every hundred kilometres and End of Time (both 1996/99), early work from the mid-1980s, and previously unpublished images from her archive, this room revisits Ractliffe’s early interest in juxtaposition and montage. The exhibition explores the unexpected associations and meanings that emerge from the assemblage of disparate images. This comes in direct contrast to the narrative and chronological sequence of the photo book.

For the first of two presentations on the 4th floor, audiences are invited to enter the mythic realm of Deana Lawson’s (b. 1979, Rochester, New York) Centropy, adapted from the exhibition at Kunsthalle Basel, for which she has been nominated for. Lawson is particularly renowned for her intimate staged portraits that reflect the vernacular language of the family photo album, as well as tropes from documentary photography and art history. Visitors are introduced to what Lawson calls her ‘ever-expanding mythological family’ through a series of radiant, large-scale portraits that reframe and reassert the Black experience. In the works selected for The Photographers’ Gallery – which marks her first institutional show in the UK – there are portents of birth and death and of an uncanny and sacred realm beyond the surface. Each of the large-scale photographic works is set in a grand frame constructed from mirrored glass; highlighting the role of light and of ideas of reflection within Lawson’s practice. Holograms and images of sublime natural phenomena, such as galaxies and tilting waterfalls, heighten this sense of the cosmic.

The final space shows the work of Gilles Peress, who is nominated for his pictorial history of the conflict in Northern Ireland Whatever You Say, Say Nothing, published by Steidl, 2021. The experimentation in form and visual language that characterises the publication – which Peress describes as a work of ‘documentary fiction’ – has been specially adapted for his Gallery installation. The publication is structured in the form of ‘semi-fictional days’ – repetitive, spiralling days that define life in a conflict zone. In the gallery, these days move from page to wall, and the language of photography expands, revealing a relationship to cinema, literature, and art, while revelling in the uncomfortable spaces between them. The exhibition rethinks the function of representation as it transitions from book to installation, while also nodding to the self- representation of the conflict that occurred on the walls of Belfast through murals, graffiti, bullet holes, and the detritus of everyday life. Big, historical events – like Bloody Sunday and the inquiries that followed it – and mundane days both reveal their structure through the accretion of collaged images, creating a rhythm that challenges the uncontroverted assertions of “straight” photography and that evokes the ambiguity, horror, humour and chaos of a time that was dark and full of murders.