This summer, Colnaghi gallery and Jaime Eguiguren, the world’s preeminent expert on viceregal art, present a major survey of Latin American art from the Viceregal period. Marking the first commercial exhibition of this scale ever to be staged, Discovering Viceregal Latin American Treasures brings together more than 100 paintings, sculptures, textiles, and objects from the 17th to 18th centuries, with select Pre-Columbian and Modern masterpieces, reflecting Colnaghi’s commitment to supporting cross-category collecting. 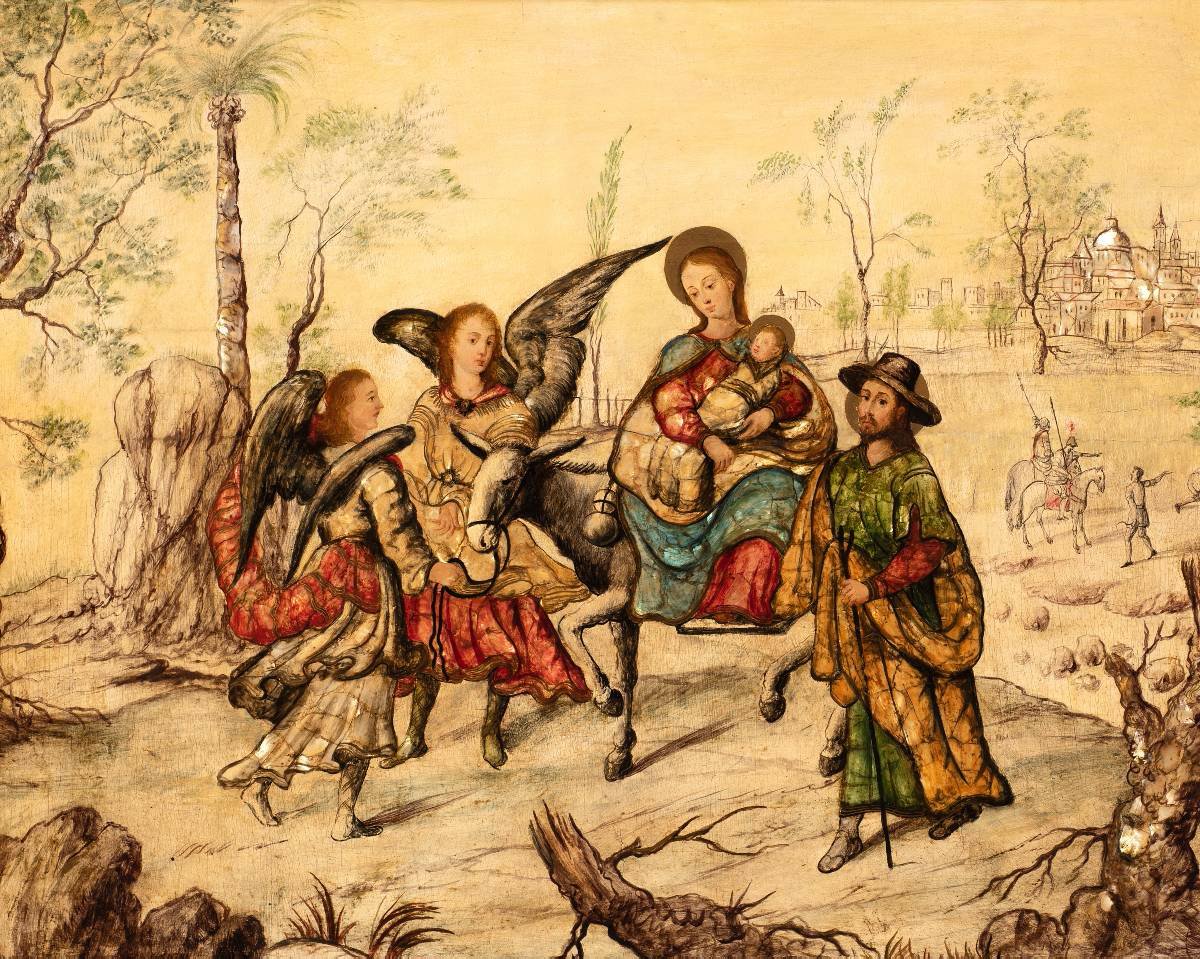 As the Spanish began colonising Latin America in the early 16th Century, art became a powerful tool for the Catholic Church. At first, sculptures and paintings were imported from Spain, but from the mid-16th century onward, the Church set up guilds and workshops to train a local base of indigenous artisans. The Old Master works on view come out of these workshops, which created some of the most important artistic genres in Latin American art.

The exhibition also features historically significant examples of stone sculptures, reliefs, and objects from the Pre-Columbian period, encompassing the art of indigenous people of North, Central, and South America and the Caribbean created prior to the arrival of the Spanish and providing a sort of precendent for the viceregal work. Likewise, modern and contemporary paintings by Spanish and Latin American artists that are on view extend the timeline forward to showcase the rich visual culture of Spanish speaking countries today. The exhibition features works by Brazilian Modernist Alfredo Volpi, Chilean Abstract Expressionist and Surrealist Roberto Matta, and Spanish Surrealist Oscar Dominguez, among other modern masters, many of whom have championed their own pre-Hispanic heritage and local cultures through their work. Some studied in Europe and returned to Latin America during the first two decades of the twentieth century, advocating the creation of a uniquely Latin American art.

“I am delighted to be collaborating with Jaime Eguiguren on this global exhibition, which not only will be the first-ever, large-scale gallery exhibition of viceregal art, but also will be among the largest surveys of Latin American Art from across the ages,” said Jorge Coll, Colnaghi’s joint CEO. “The viceregal focus responds to the growing market interest in the unique and rare works from this era, following a major recent museum exhibition and notable sales achieved in the past year. With these wonderful presentations at our galleries, we are excited to introduce those unfamiliar with the art from this region to something highly original.’’

Added co-CEO Victoria Golembiovskaya, “Colnaghi is one of the few commercial galleries presenting works from antiquity to the modern era. This exhibition creates exciting opportunities for new discourse and for cross-collecting, providing collectors, art lovers and scholars alike with a rare opportunity to learn more not only about the Viceregal period, but also about the art that has emanated from the region over the course of the centuries.”