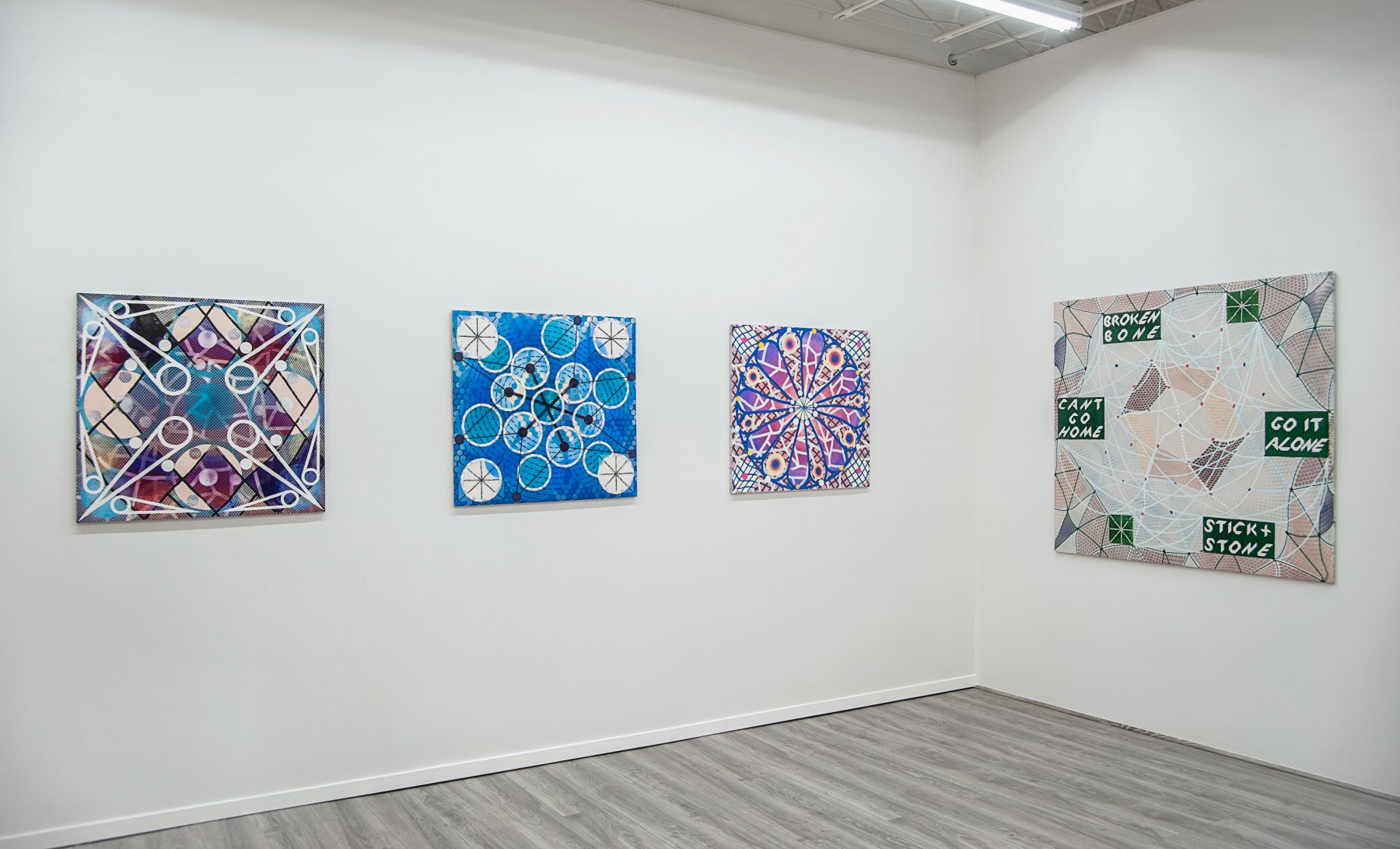 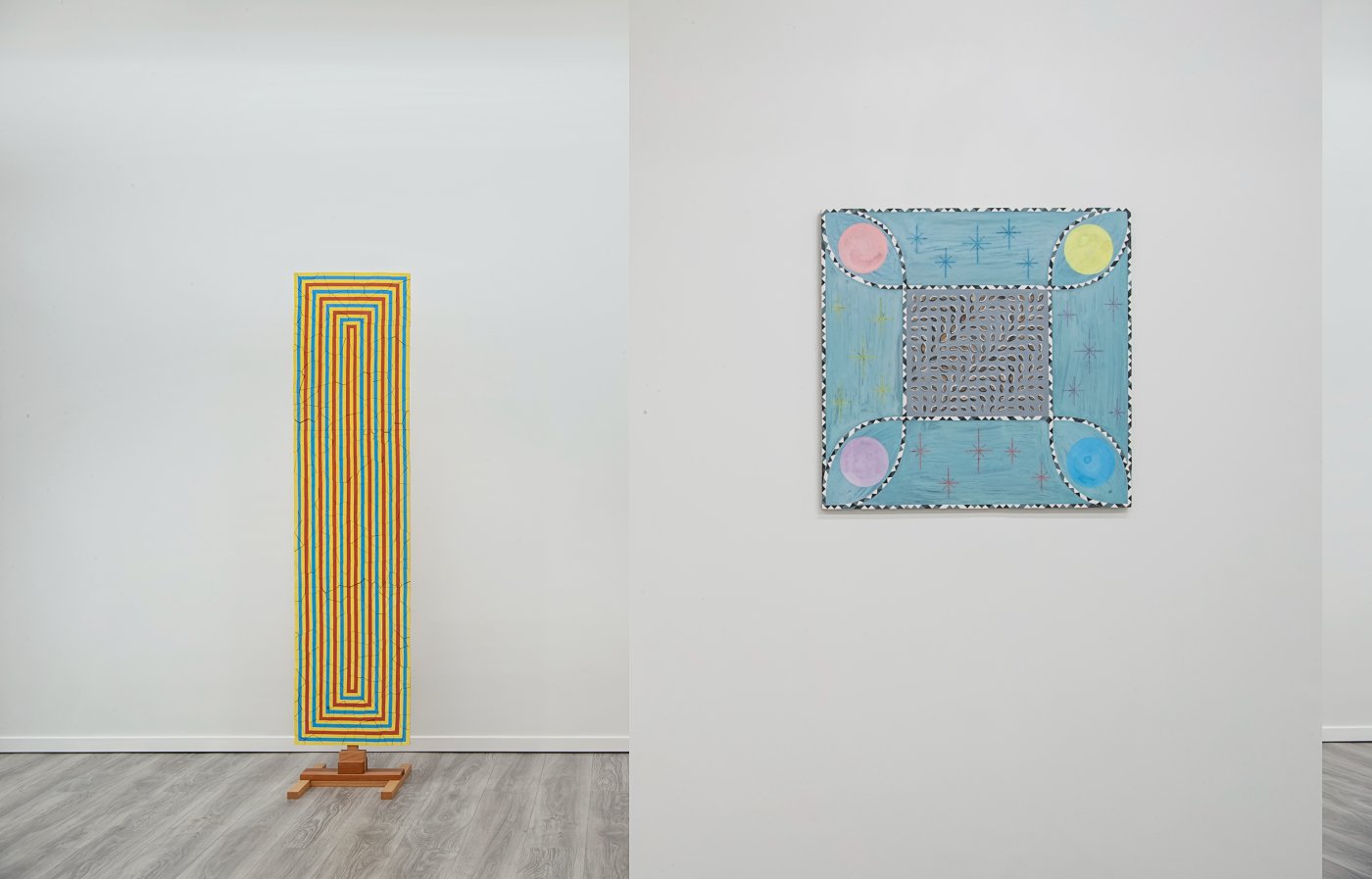 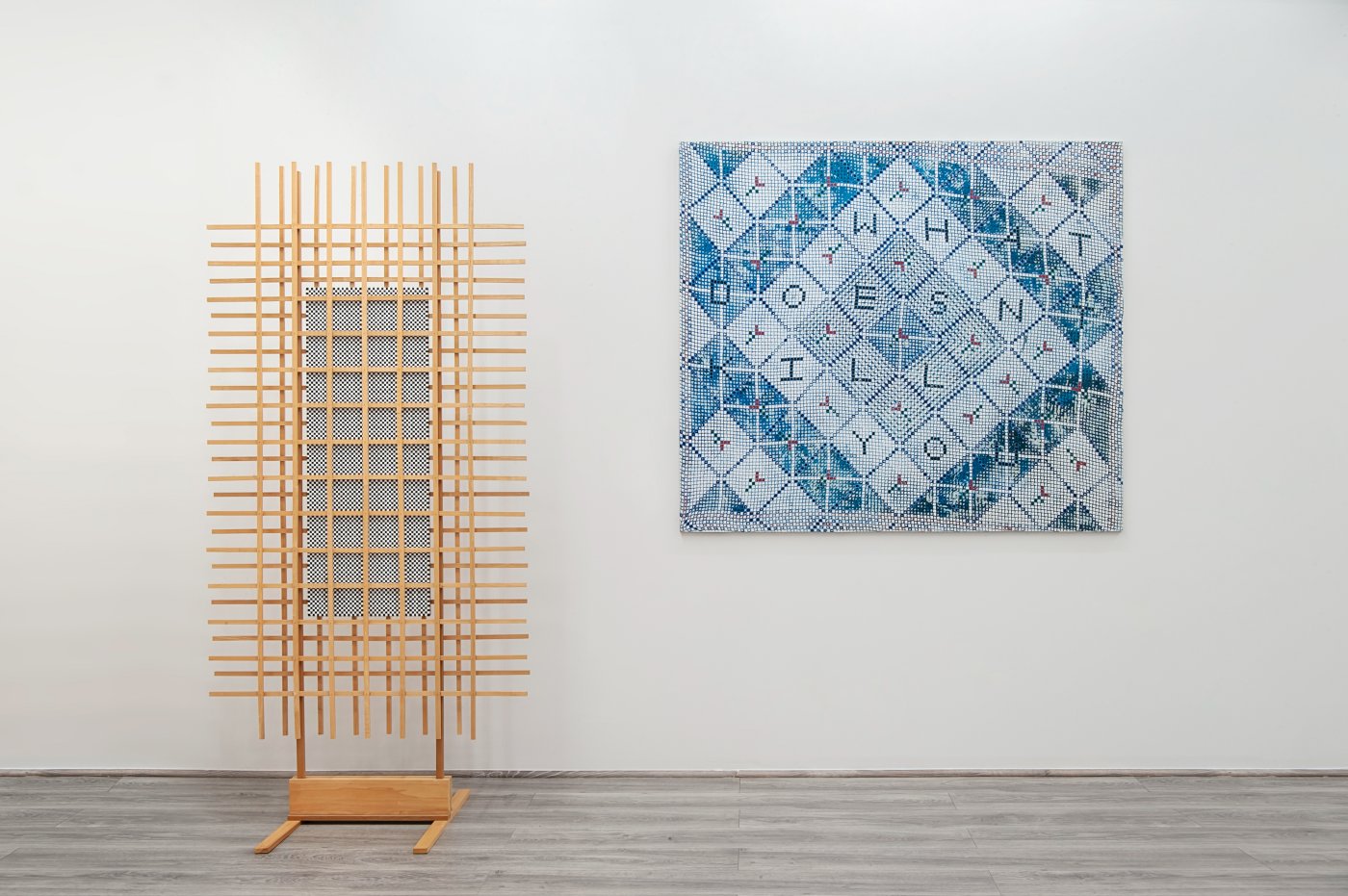 The works included in Emblemata explore the spaces between abstraction, ornamentation, and physical, tactile reality. The grid is a primary motif for both artists. Ikeler and Weathersby are in conversation with historical and contemporary artists who have grappled with the grid’s centrality in Western Modernism. Each artist makes sensitive, rigorous, slyly humorous paintings that maintain an equipoise between the functional materials of their supports (stretchers, panel, gesso, raw canvas, tiles, resin) and a shifting and deceptively complex matrix. Ikeler and Weathersby, through their utilization of processes such as inlay, insertion, embedding, parquetry, and mosaic, create highly original artworks that move fluidly between representation, abstraction, and pattern.

Emblemata will include selections of Ikeler’s recent tiled works that embed text into their polished resin surfaces. These paintings have a substantial physicality while their patterns transport us to fantastically spaceless worlds. Also on display are a selection of Weathersby’s “Library Hand” paintings as well as his free-standing paintings. Both bodies of work juxtapose patterns with figurative sculptural references, and demonstrate the artist’s dedication and sensitivity to a work’s physical construction – Weathersby builds every aspect of his paintings, from his supports to his meticulously composed.

An exhibition catalog with text by John O’Connor will be published by Pazo Fine Art.

John J. O’Connor is an artist, curator, and chair of Visual Arts at Sarah Lawrence College. He curated four exhibitions at the Barbara Walters Gallery at Sarah Lawrence, including two multimedia group exhibitions, and a solo exhibition of Dawn Clements’s works on paper. He co-curated a contemporary drawing exhibition with the art historian and critic Philip Glahn. O’Connor also curated Criminal’s Cinema, at Honey Ramka Gallery in Bushwick, Brooklyn. O’Connor has exhibited his own work nationally and internationally, and his drawings are included in the collections of the Museum of Modern Art, The Whitney Museum of American Art, The New Museum, and the Weatherspoon Museum, among others.