Skarstedt presents Francis Bacon: Faces and Figures. The exhibition brings together a group of masterworks spanning the 1950s to the 1970s. Featuring depictions of some of his most beloved friends, lovers, and muses—Peter Lacy, George Dyer, Muriel Belcher, and Henrietta Moraes—along with an intimate self-portrait and a portrait of Pope Pius XII, the exhibition traces poignant moments of loss and companionship through the perennial influences that have come to define Bacon’s oeuvre. 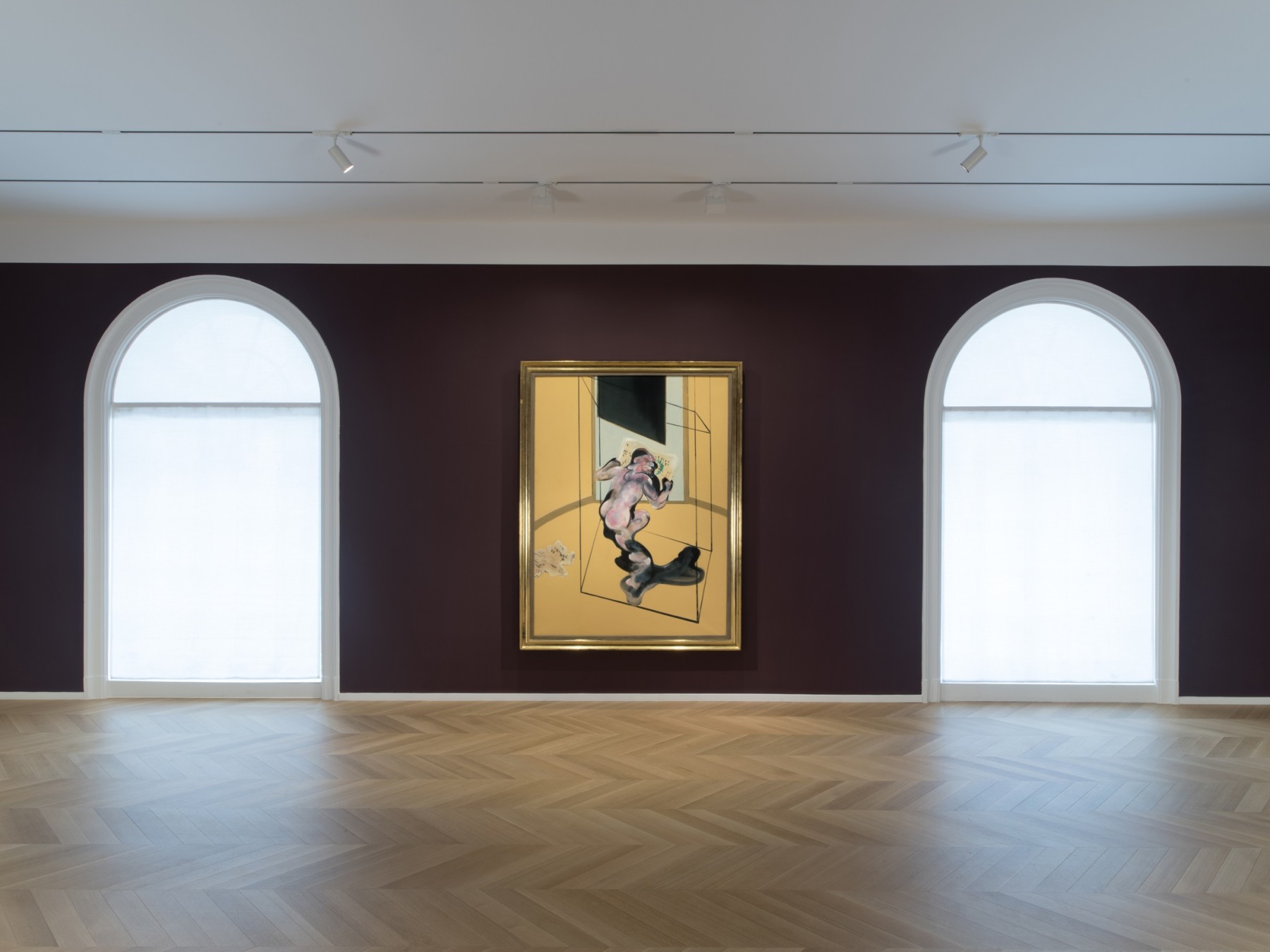 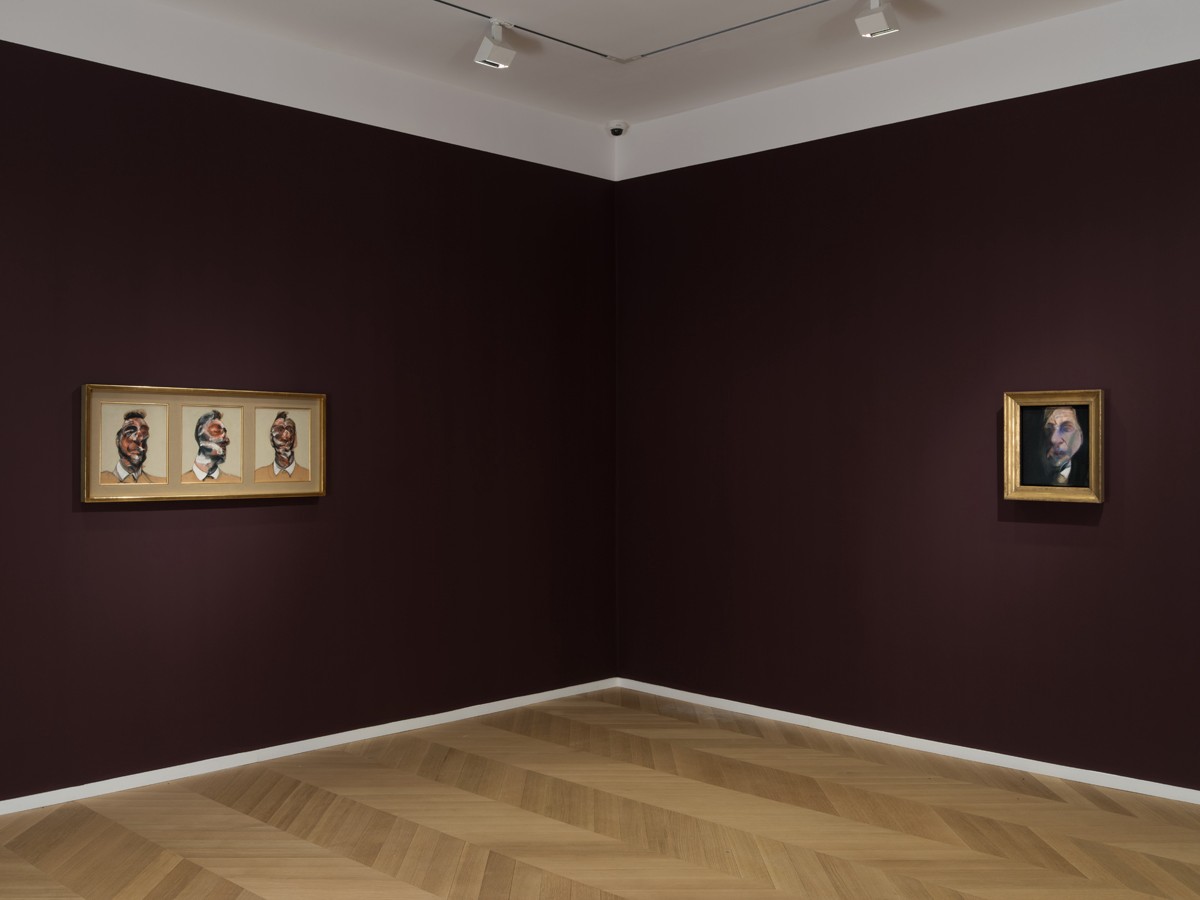 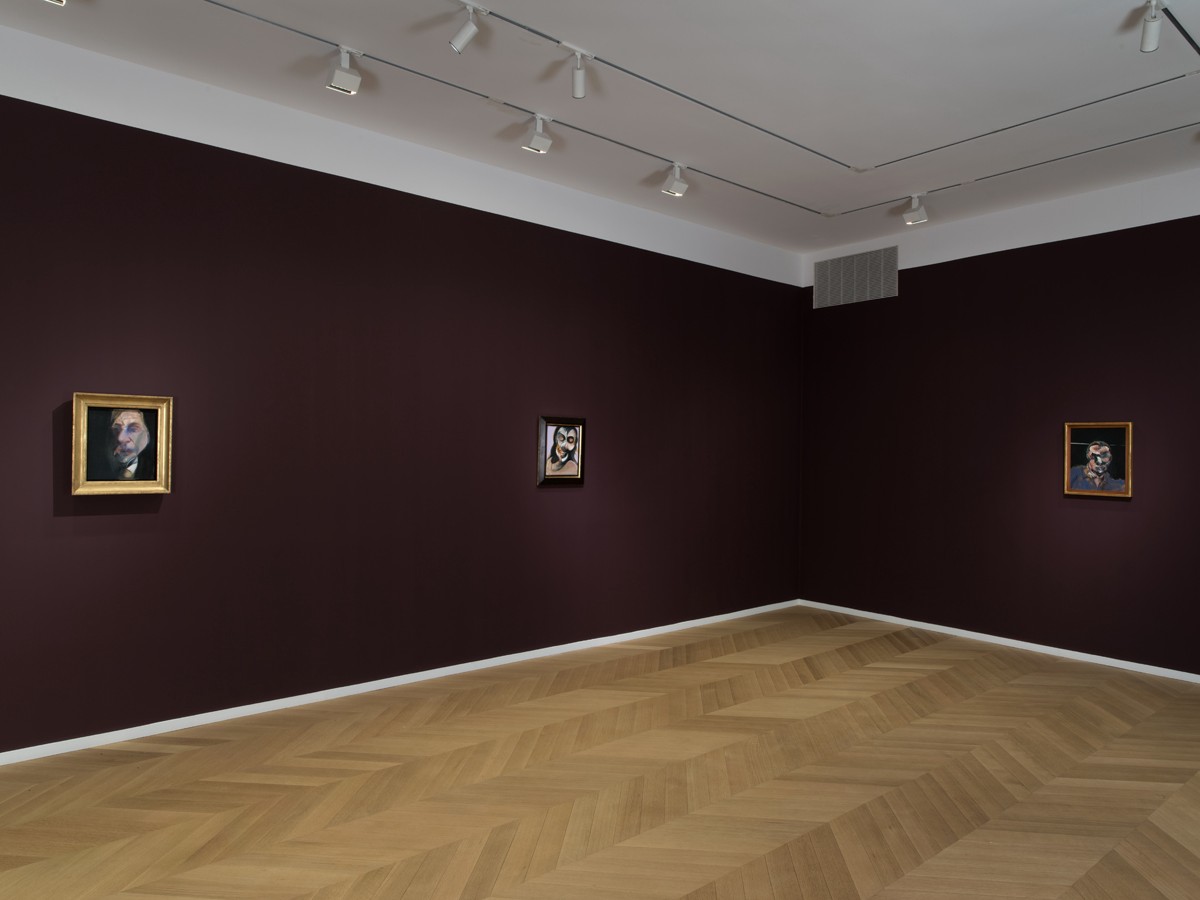 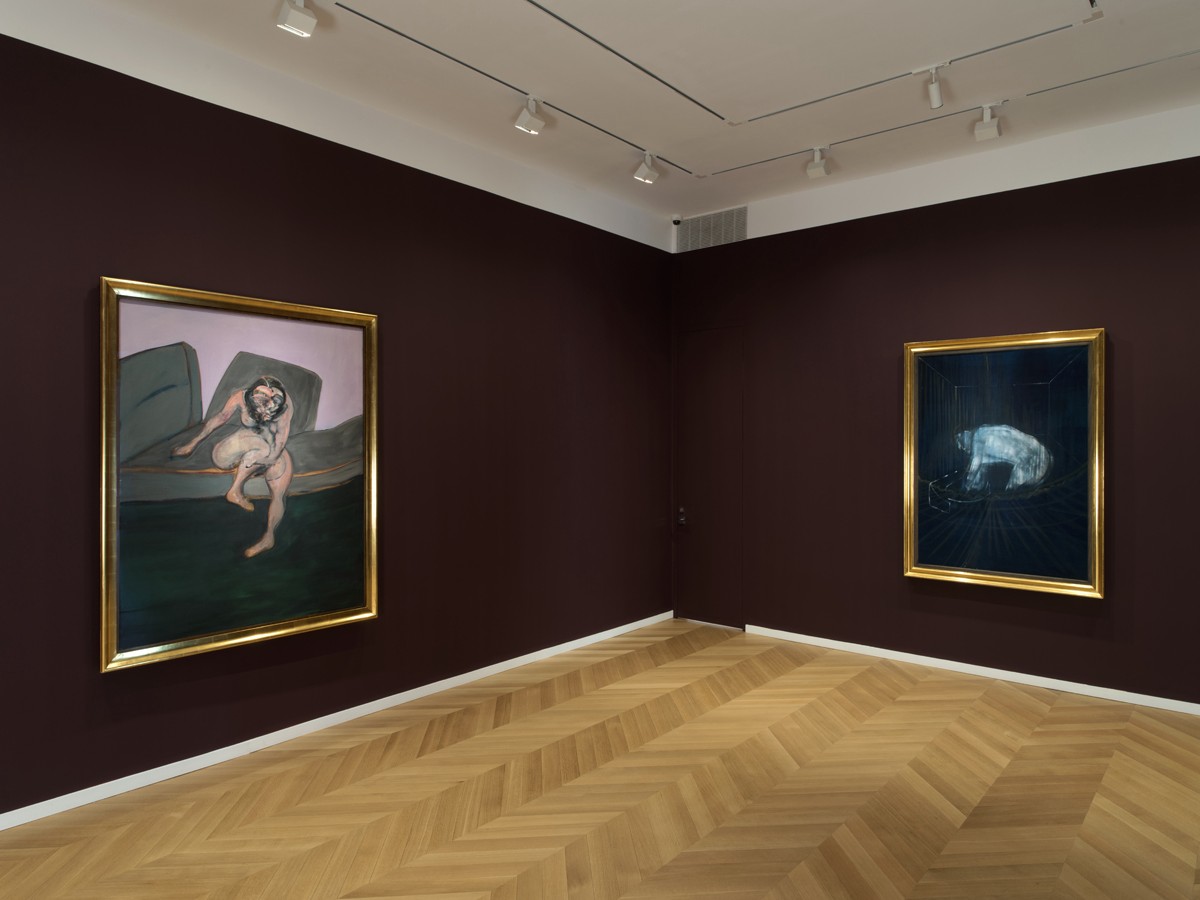 Peter Lacy, the first of Bacon’s lovers to appear in his paintings, is represented here through Man at a Washbasin (c. 1954) and Seated Figure on a Couch (1959). Violence dominated their relationship, and the gloomy palette of Bacon’s work during this time calls forth the tension and brutality of the decade they were together. Man at a Washbasin furthers this through Lacy’s hunched posture, like a crouched animal waiting to pounce, while the striations of white around him cage him into his surroundings. This pose similarly evokes Degas’s Bathers, one of Bacon’s major inspirations. In contrast, Seated Figure on a Couch shows Lacy cool and controlled in an atypical pale palette and composition.

Within Bacon’s life and work, George Dyer occupies a place of prime importance. Three Studies for Portrait of George Dyer (on light ground) (1964) was executed within a year of their first meeting and is the second painting in Bacon’s oeuvre to name Dyer as the subject. The softer color palette lends an unusual sense of lightness to the work that reveals Bacon’s deep infatuation with Dyer, and these tones reoccur again in a more somber manner in Figure in Movement (1972). Painted the year after Dyer’s tragic suicide on the eve of Bacon’s retrospective at the Grand Palais in Paris, Dyer’s form appears in a state of transition as Bacon grappled with this most painful loss.

Bacon’s series of Popes launched him to prominence, and the subject matter occupied him for the better part of twenty years. Study for a Head (1955) is unique in that it is one of only a handful of Popes that depart from the classic reworking of Diego Velázquez’s Portrait of Pope Innocent X (1650). Instead, the subject of this work comes from images of then-Pope Pius XII being carried in a processional through St. Peter’s. Bacon was fascinated by the contradiction of authority and vulnerability latent in their status as Pope, and Study for a Head evinces the tragedy of the position through Pius’s stripped-down appearance and melancholy gaze. Pius’s glasses humanize him while calling forth the famed frame from Sergei Einstein’s Battleship Potemkin, a recurrent motif for Bacon.

The Popes have sometimes been seen as masqueraded self-portraits, and Bacon turned to himself as a subject more emphatically in the latter part of his career as the people around him began to die. Painted when he was nearly seventy, Study for Self-Portrait (1979) sees Bacon considering his own mortality after a life of so much loss and death. Hues of crimson, blue, and purple flicker across his face as if battered and bruised, tired from years of fighting.

Bacon’s raw images contort their subjects in such a radical manner that they permanently altered the genre of figurative painting in the twentieth century. Yet even while the figures twist and writhe in distortion, there remains a distinct sense of truth in his work. As Milan Kundera noted, “Looking at Bacon’s portraits, I am amazed that, despite their ‘distortion’, they all look like their subject…. However ‘distorted’, these portraits are faithful. That is what I find miraculous.”[1]