Hauser & Wirth presents an exhibition dedicated to François Morellet (1926 – 2016), one of the foremost French figures of the 20th Century, and his ground-breaking achievements with artificial light. 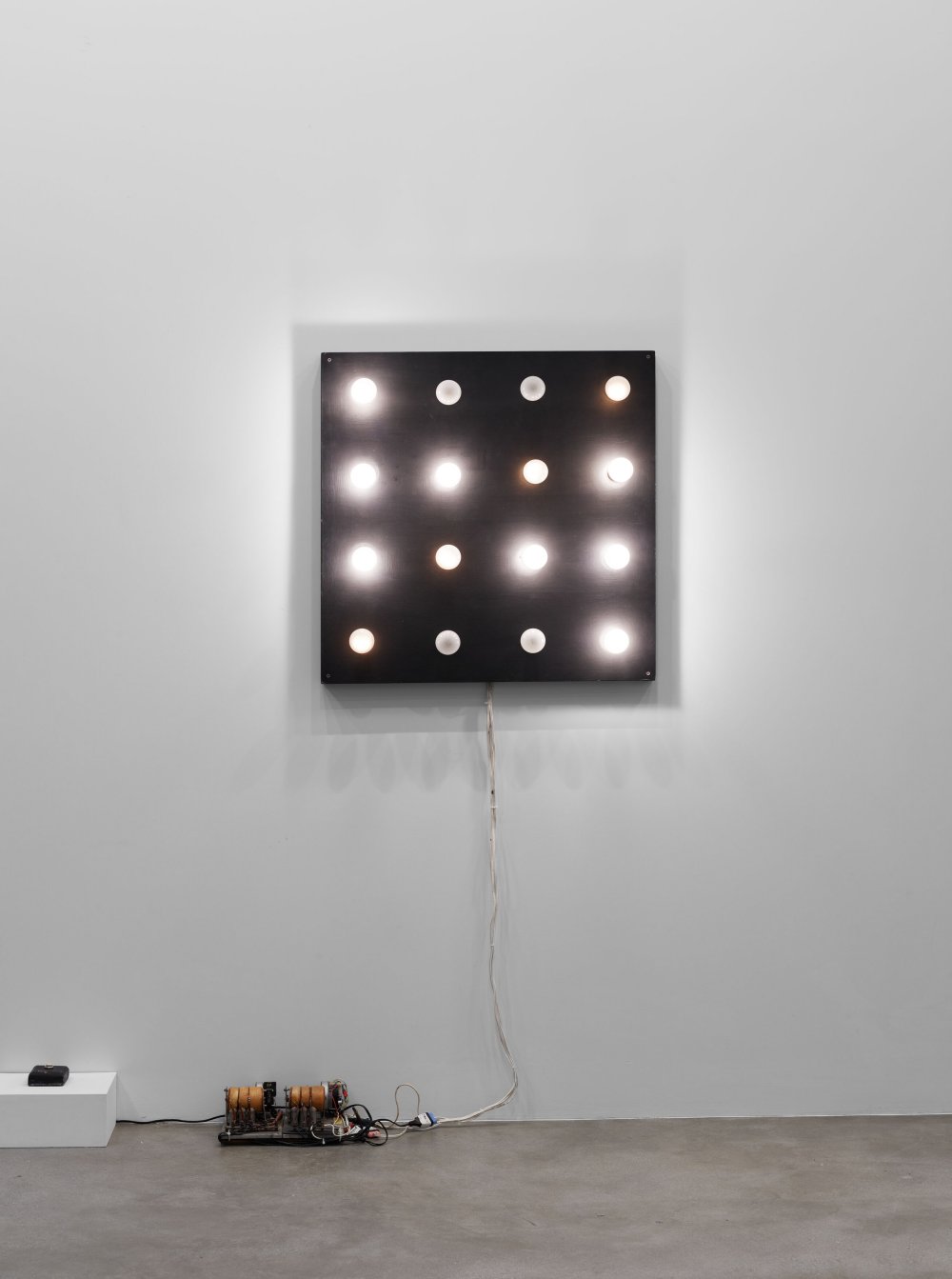 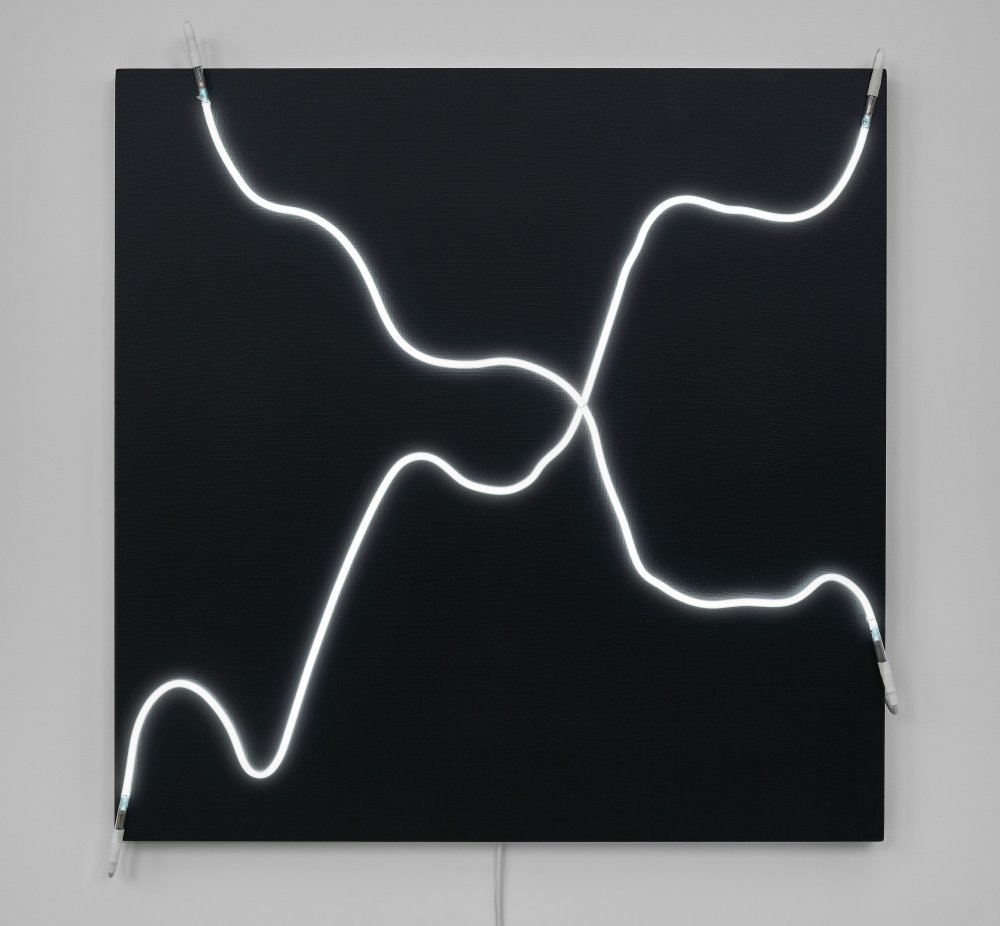 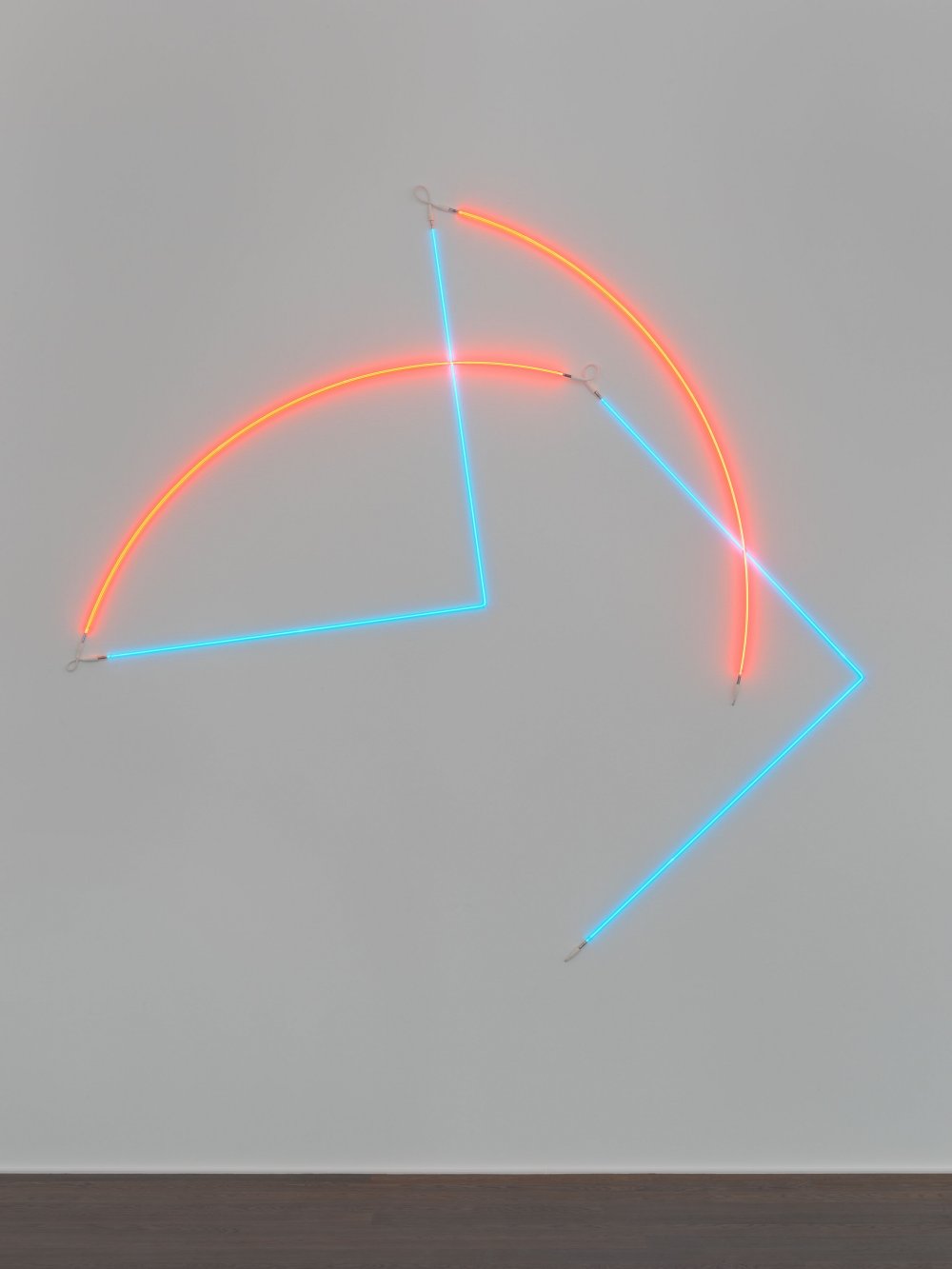 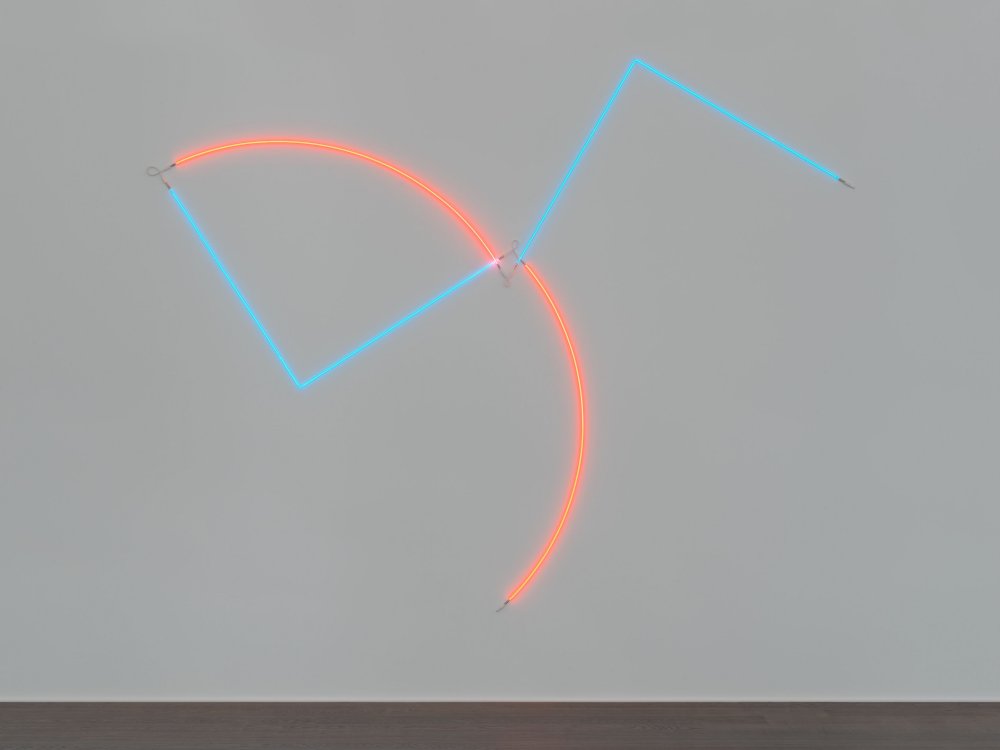 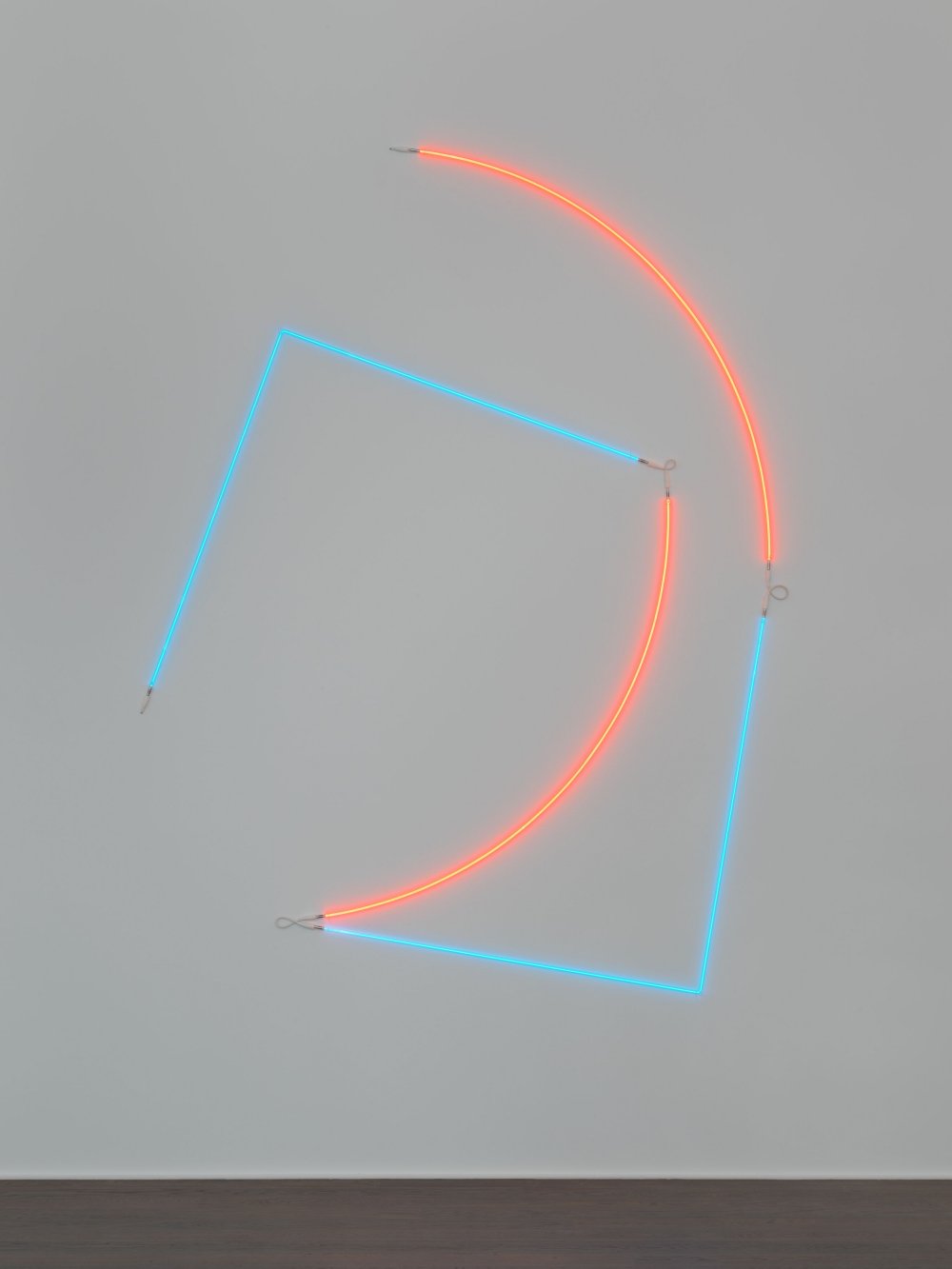 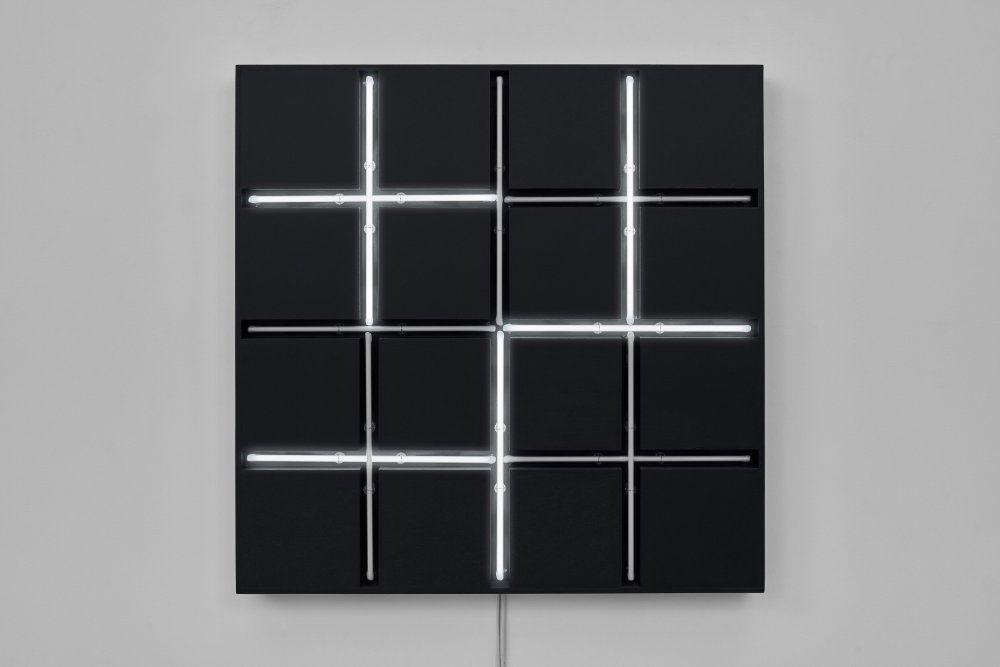 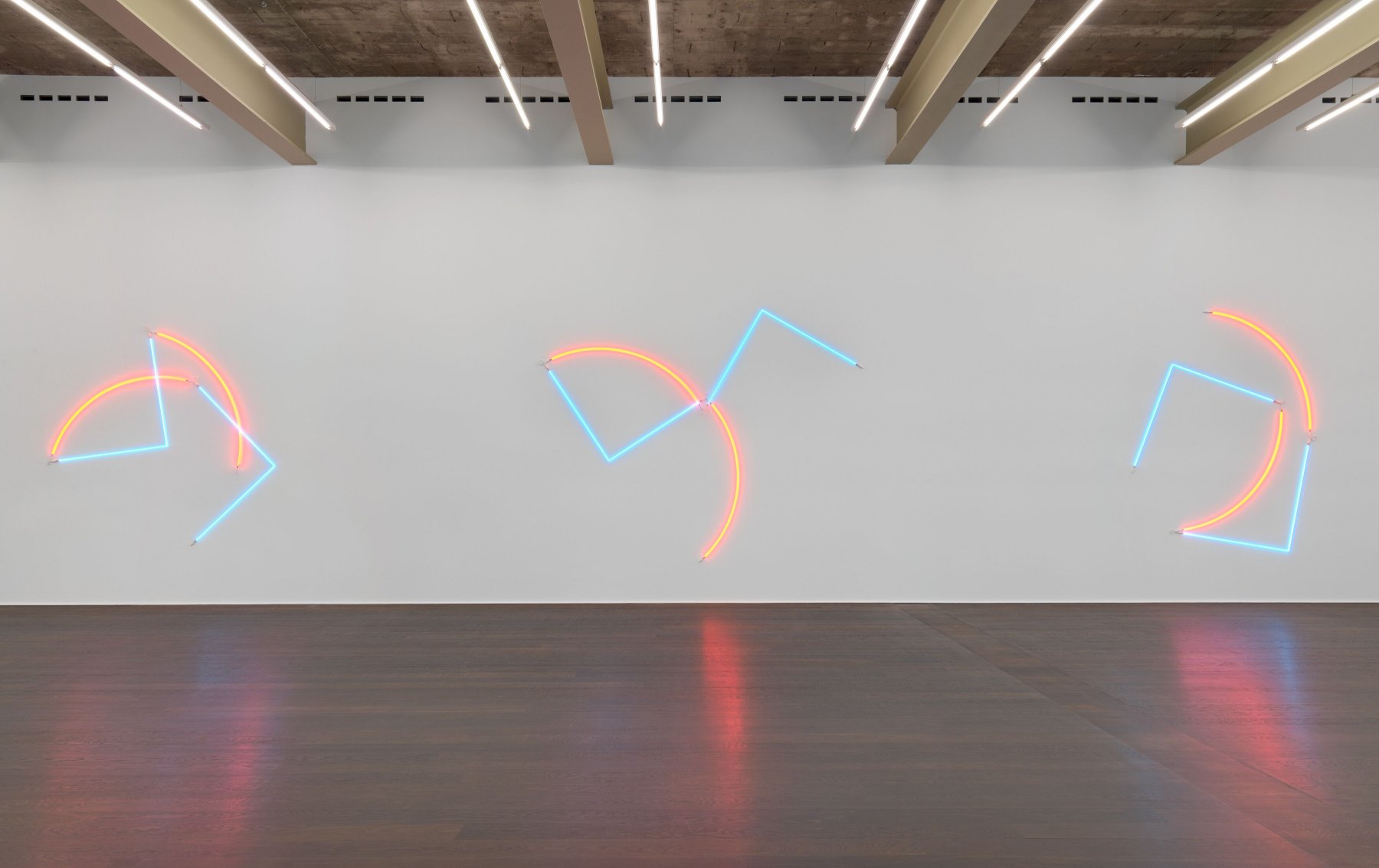 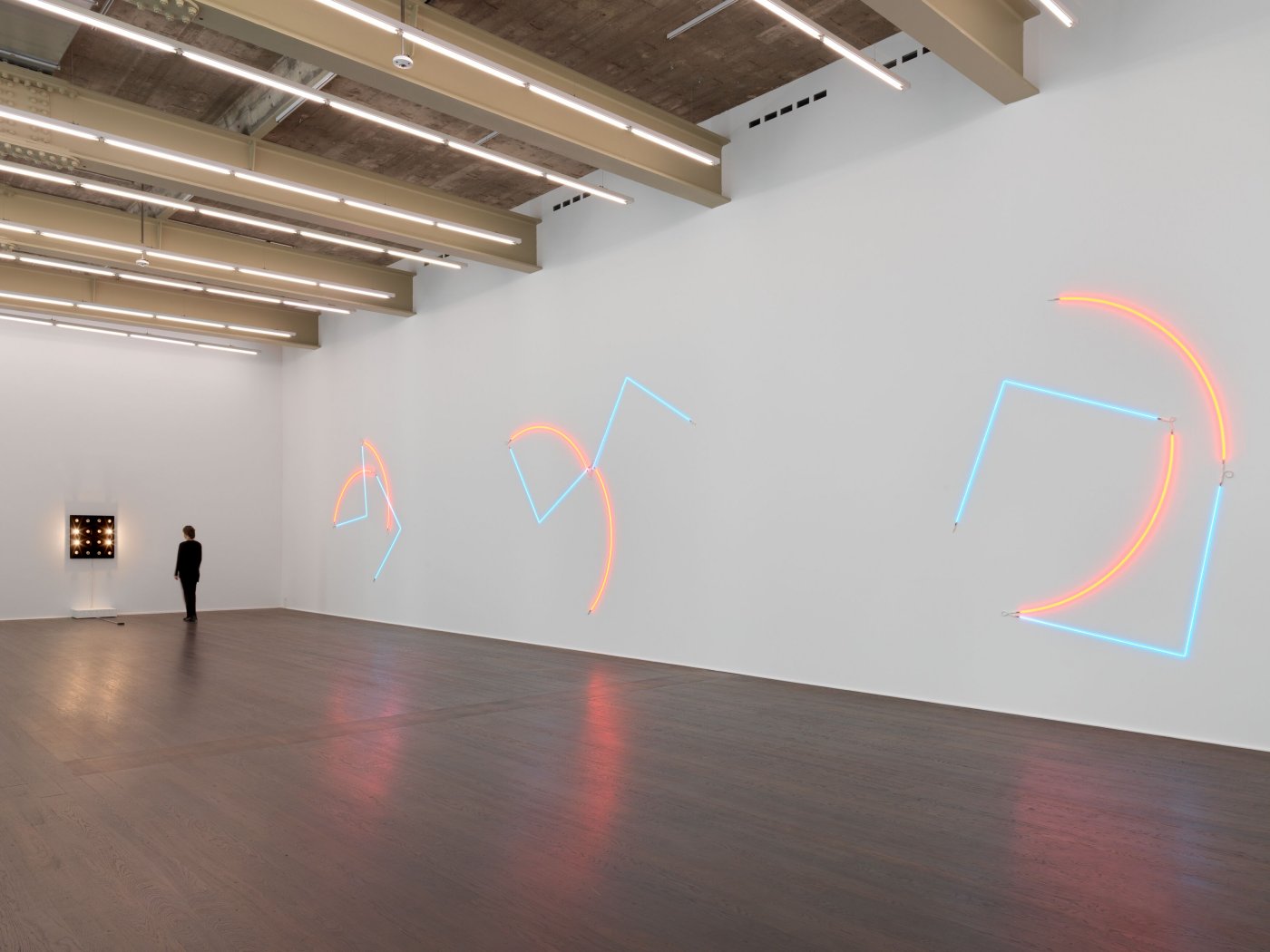 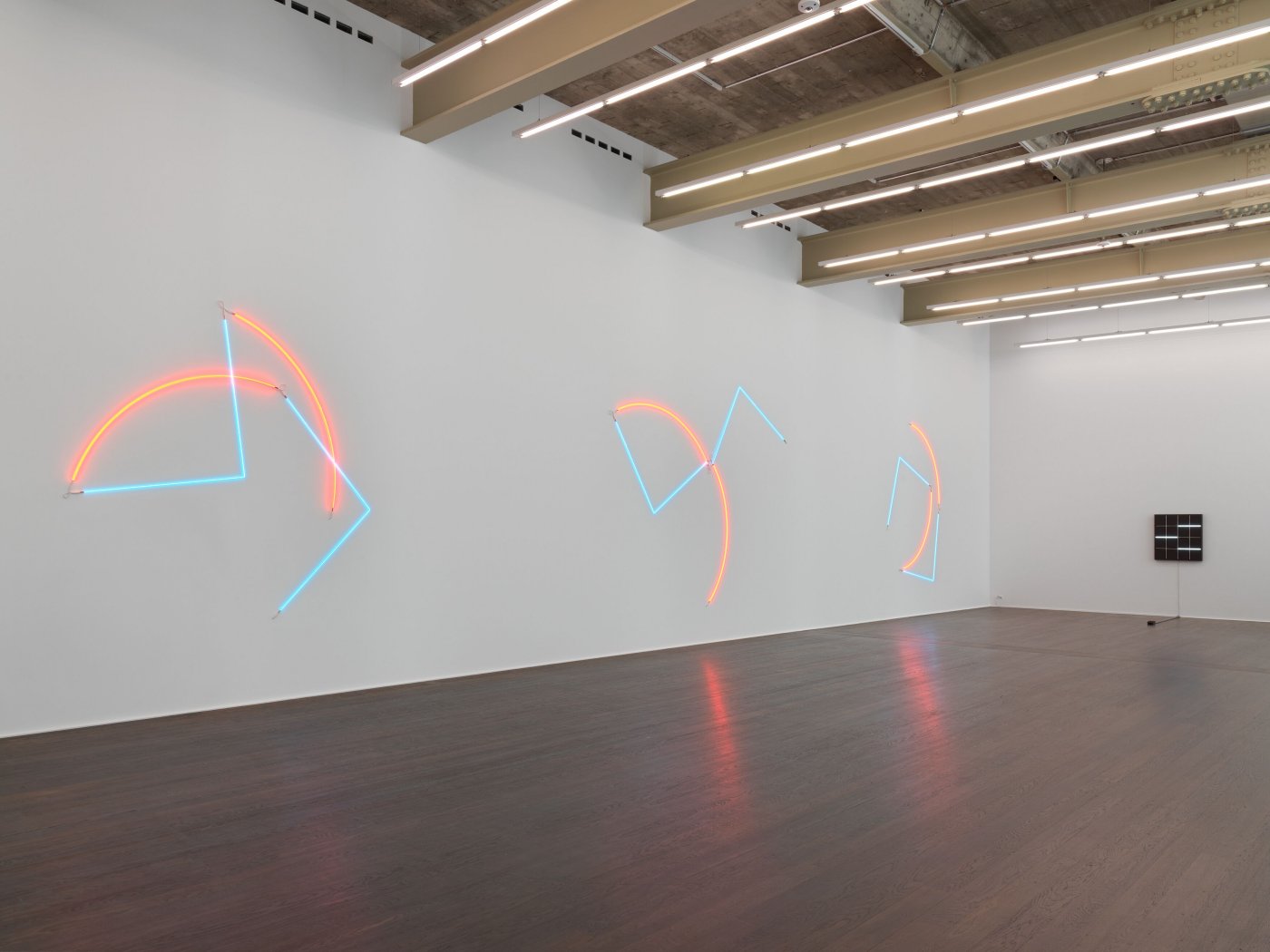 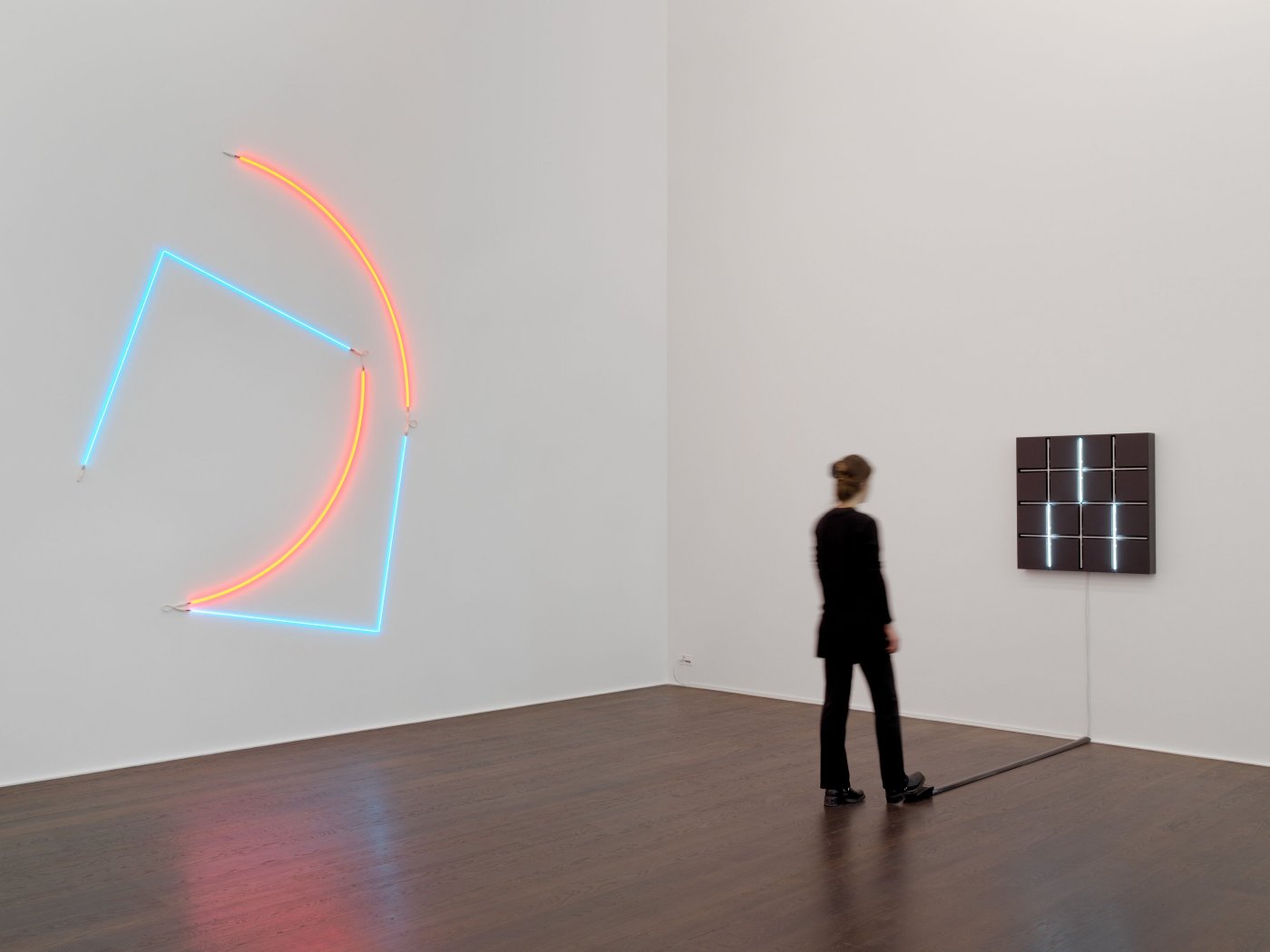 As one of the first artists to use neon in the 1960s, Morellet developed a radical approach to geometric abstraction, juxtaposing precision and formality with a playfulness that is revealed in the titles of his works, which often employ tongue-in-cheek puns, parody, and wordplay. As Morellet stated, he turned his artistic endeavors into ‘an adventure, as frivolous as it is systematic.’ Displayed on the second floor of the gallery’s Limmatstrasse location, the exhibition – organized with Olivier Renaud-Clément – traces how Morellet pioneered and continuously readdressed the medium of neon throughout his life, presenting formative pieces from the early 1960s amongst subsequent works.

Working primarily with basic geometric forms, Morellet was committed to a methodology of rigorous objectivity and personal detachment from his work, which began with his paintings of the 1950s. Morellet engaged with neon in the 1960s, when he was a member of the Groupe de Recherche d’Art Visuel (GRAV), to explore the creative potential of kinetic and participatory, often site-specific works.

The artist’s originality is evidenced in ‘16 lampes – allumage avec 4 rythmes superposés’ (1963), in which blinking white bulbs are fixed to a square base in a regular arrangement. In this milestone work, Morellet employs an electromechanical system to split the bulbs into four units that light up at regular rhythms but at slightly different speeds. The temporal sequence makes the illuminations appear disordered and chaotic, holding our attention and inviting us to decipher the underlying system. Removing marks of his own hand, Morellet strove to mechanise the creative process, dismantle traditional hierarchies, and embrace the elements of randomness and chance.

Continuing to play with time and movement, ‘Néon abscons’ (1968) consists of red neon tubes mounted on wood, creating semi-circles that morph into a variety of sensuous constellations, which depict male and female anatomy. The title of the work, translated to ‘abstruse neon’ in English, has a tone of seriousness, yet ‘Néon abscons’ is an amusing work which highlights the artist’s distinctive talent for bringing Dada-infused irreverence, irony, and joyful lightness to his practice – an element that persists throughout Morellet’s various investigations in neon.

In an effort to apply neon in numerous ways, Morellet replaced the base of his works with the walls of the exhibition space. Mounting static neon tubes directly on the wall, Morellet ‘chose to make them play with space rather than time.’ The intense light radiates in all directions and creates a glowing atmospheric effect that dissolves the structure of the surroundings. Continually developing this approach since the mid-1970s, Morellet started using circular arcs in the early 1990s, as seen in ‘Acrobatie n°1,’ ‘Acrobatie n°2’ and ‘Acrobatie n°3’ (2010) on view in Zurich. Abstract arms and legs are illustrated using arched, reddish-orange neon tubes and linear, blue argon tubes – high voltage lights often used for signs and advertising. The light emanating from the installation jumps, bounces, and rebounds on nearby surfaces, a powerful display of acrobatics that is reflected in the work’s light-hearted title. These works invite us to participate in Morellet’s journey with neon, actively engaging with the dynamic sequence or immersing ourselves in the environment created by his installations. ‘François Morellet. Neons’ coincides with the exhibition ‘François Morellet’ at Chasse-Spleen Centre d’Art in Moulis-en-Médoc (5 May – 30 Sep 2022).