Gazell.io announces an official partnership with The Lumen Prize commemorating the 10 year anniversary of both Gazelli Art House, the founding entity of Gazell.io, and the 10 year anniversary of the Lumen Prize. From November 18th 2021, Gazell.io’s newly refurbished Project Space, will be exhibiting Gold Winner, Nye Thompson and UBERMORGEN’s (lizvlx and Hans Bernhard) AI horror film, ‘UNINVITED’. The exhibition will be accompanied by events at the gallery.

Courtesy of the artists 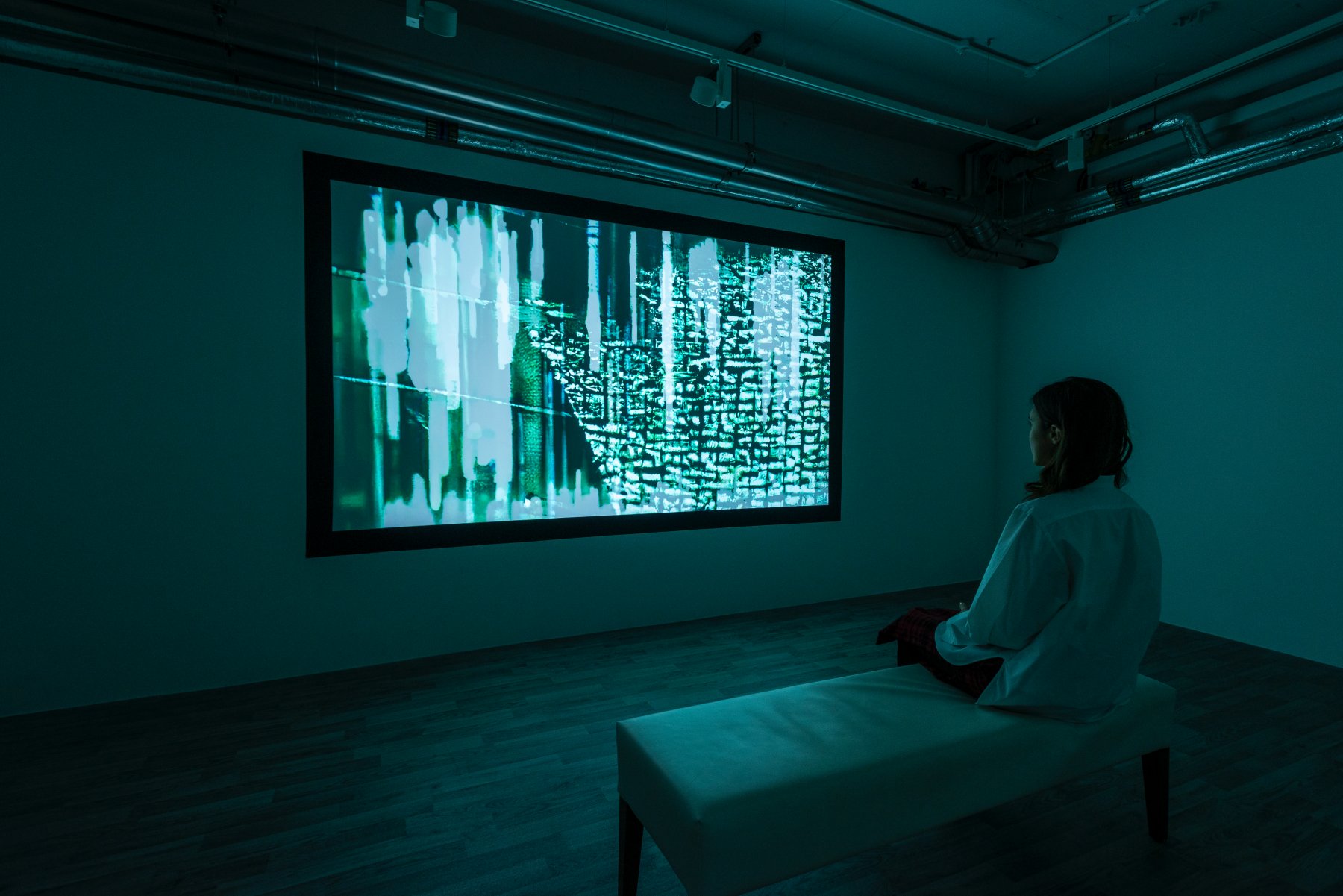 UNINVITED is a horror film for machine networks and human-machine organisms exploring the nature of perception and realism of the unknown and the terror of angst and exhaustion within emergent network consciousness. This generative work (2018–) is a self-evolving networked organism watching and generating a recursive ‘horror film’ scenario using mechatronic Monsters – digital flesh running machine learning algorithms. The work is described by the artists as a radically new creature looking at the world, hearing the universe through millions of hallucinogenic virally-abused sensors and creating a hybrid nervous system.

Jury Panel member Boris Magrini, curator for HeK Basel, comments: “This absurd and grotesque work is successful in that it exaggerates the darker aspects of new technologies such as surveillance cameras and artificial intelligence. By creating a programme that makes (…) a film through the analysis of recordings made by CCTV, especially a film not intended for a human audience, the artists actually put their finger on the horror of the surveillance society.”

“We are so pleased to be partnering with The Lumen Prize for their 10 year anniversary this year. We commend their long-standing dedication to the legitimacy and visibility of digital and mixed-media arts. Many Gazell.io artists have had the honour of receiving a Lumen Prize, giving this partnership a strong resonance for Gazell.io and Gazelli Art House. We are honoured to be exhibiting talented artists Nye Thompson and artist duo UBERMORGEN, welcoming them to our programme”, says Mila Askarova, director and founder of Gazelli Art House and Gazell.io.

Carla Rapoport, Executive Director of Lumen Art Projects, home of the Lumen Prize, adds: “It’s a great honour to be collaborating with Gazell.io and filling its new project space with the excitement and drama of this year’s Lumen Gold Award winner, UNINVITED. The gallery’s commitment to exhibiting the very best work in the Art & Tech space is truly inspirational and makes it a trend-setter in the UK contemporary art scene.”

About Lumen Prize:
The Lumen Prize celebrates the very best art created with technology through a global competition. Since its launch in 2012, it has given away more than US $80,000 in prize money and created opportunities worldwide for the artists who have been longlisted, shortlisted or won Lumen Awards. Lumen is run by Lumen Art Projects, an independent arts organisation based in Wales, UK which curates exhibitions, commissions and events for art venues, cultural institutions and public spaces globally in partnership with its community of Lumen artists.

About Gazell.io:
Gazell.io was conceived by Gazelli Art House in 2015 to mark the gallery’s commitment to building a market for VR works as a medium. Gazell.io started as a programme of monthly online residencies for artists working in the digital and virtual reality realm and continues to expand to incorporate partnerships and initiatives. In 2020, the Gazell.io VR Library was launched. An evolving selection of curated digital artworks including previous Gazell.io residents is now permanently on view to the public through the installation of two VR headsets in the Gazell.io Project Space on Dover Street. The Gazell.io Project Space was created in 2020 to provide a platform for digital artists at a commercial gallery.

Courtesy of the artist, Gazell.io and Lumen Prize