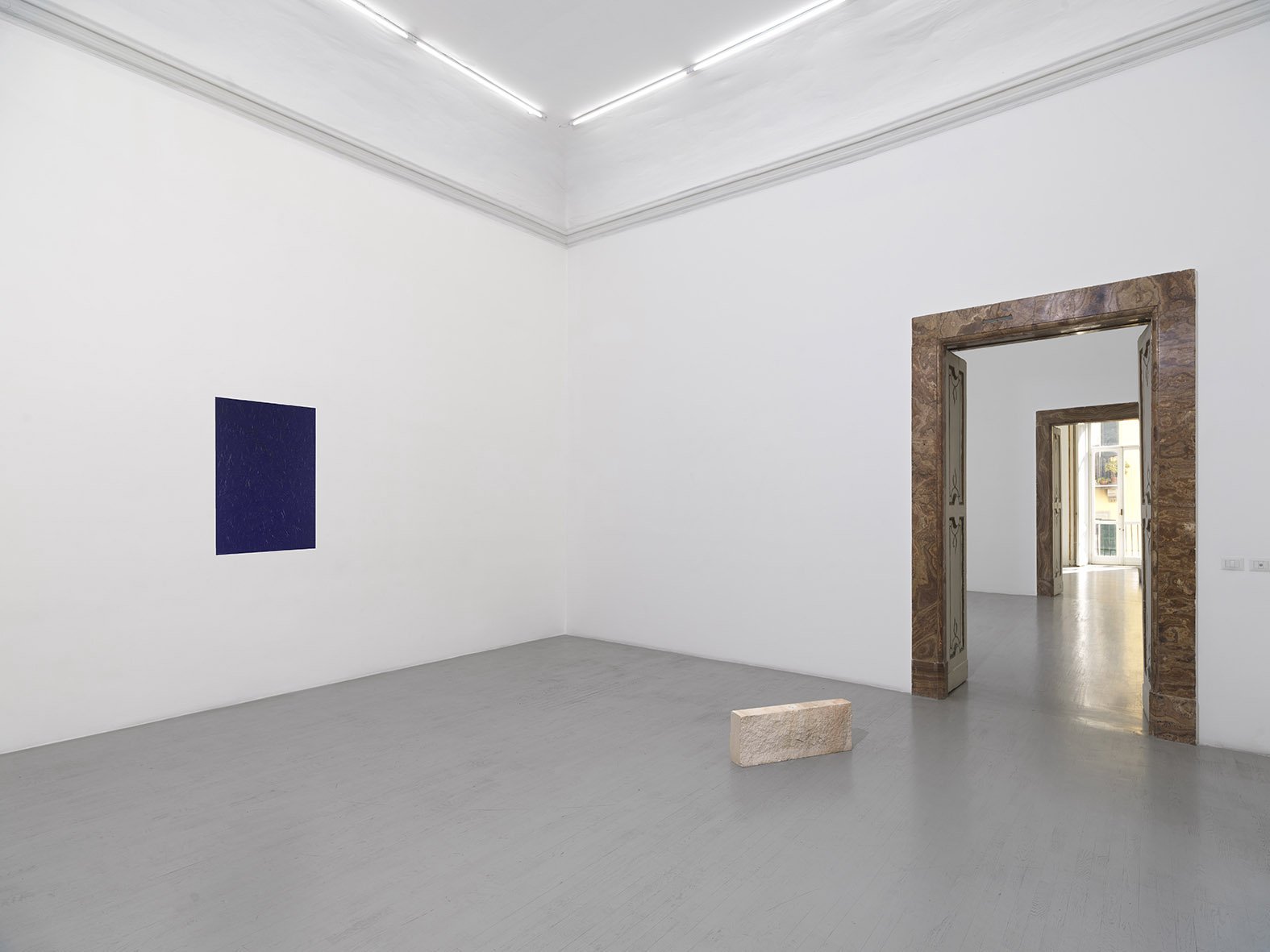 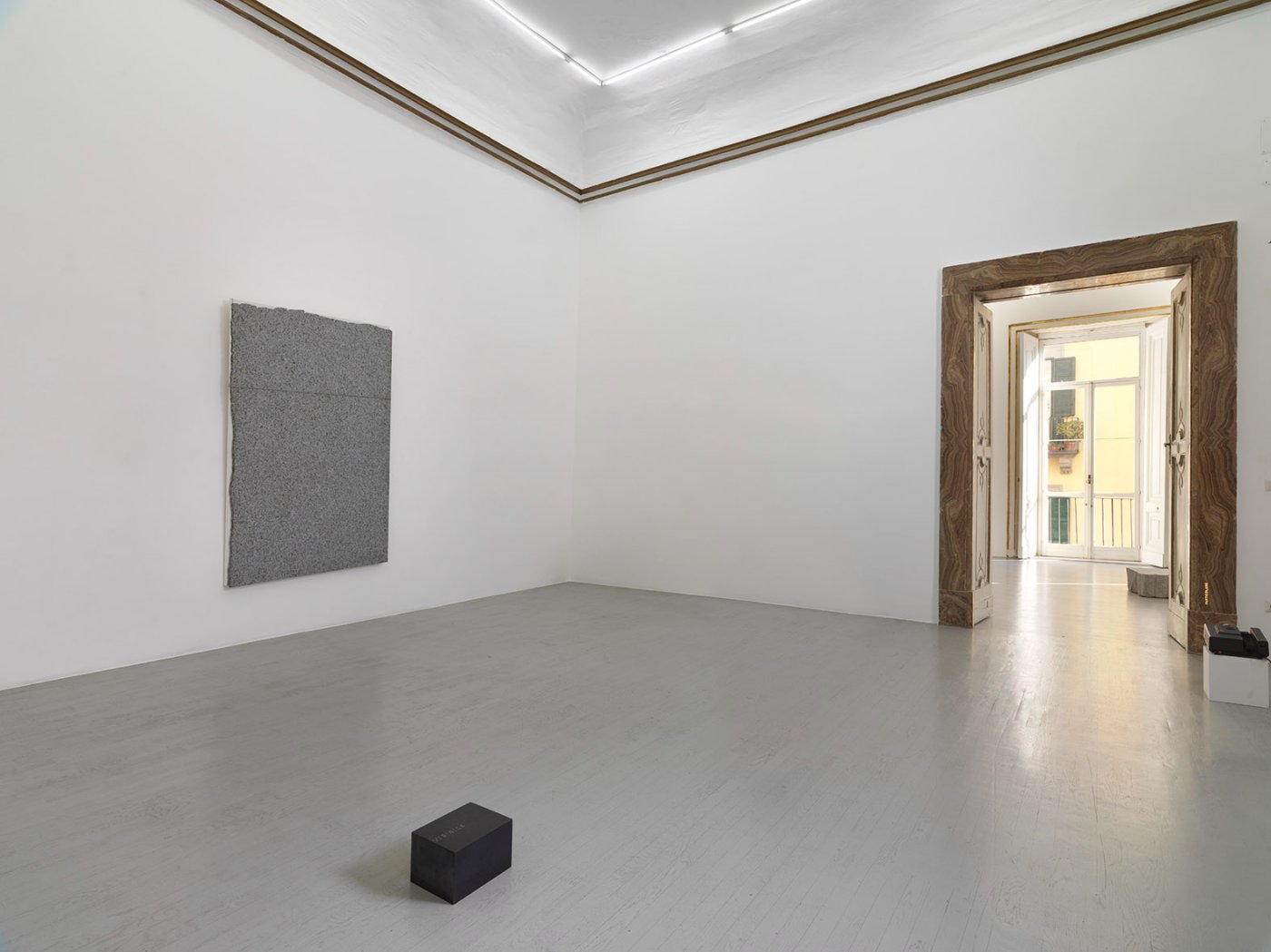 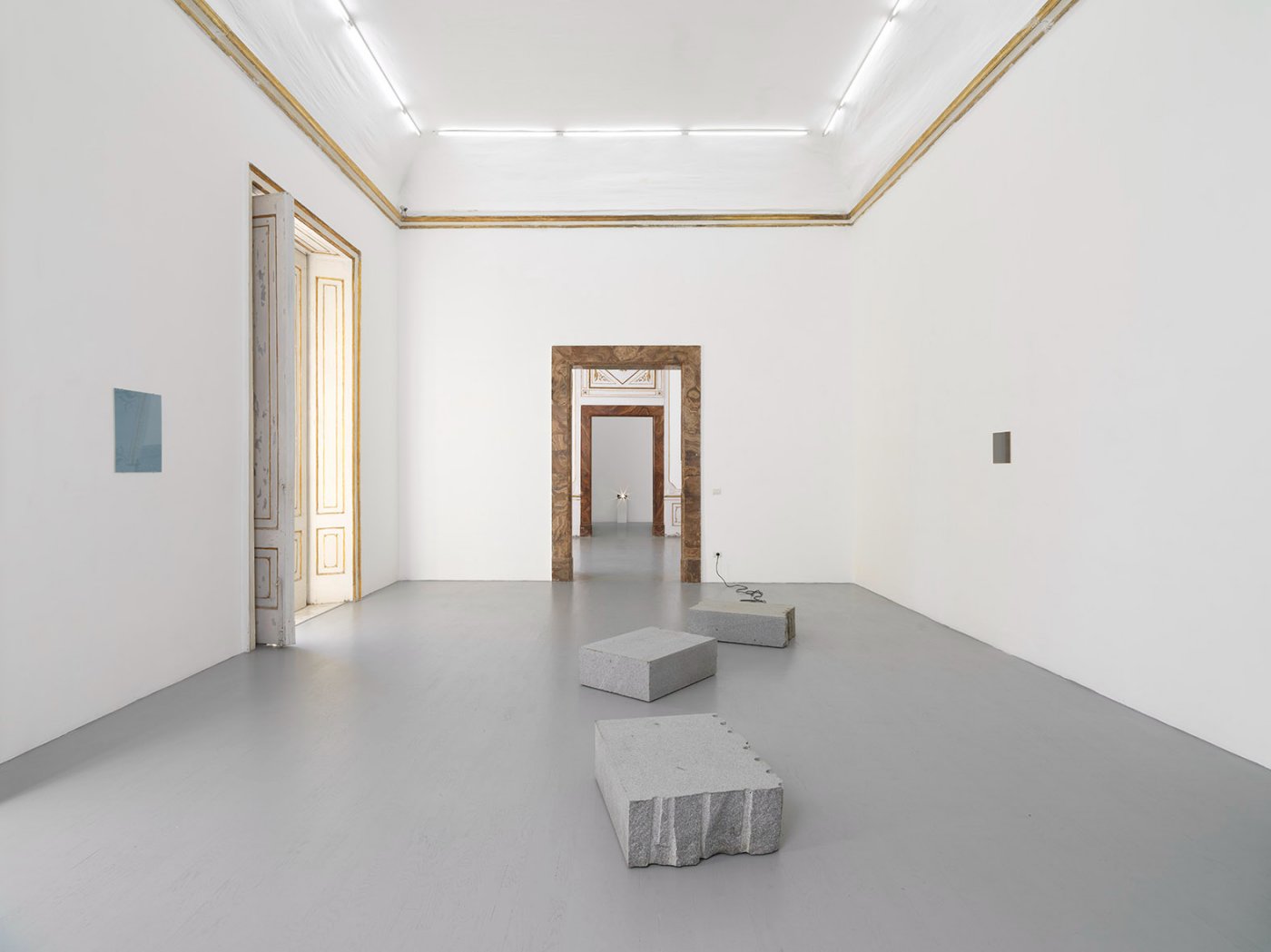 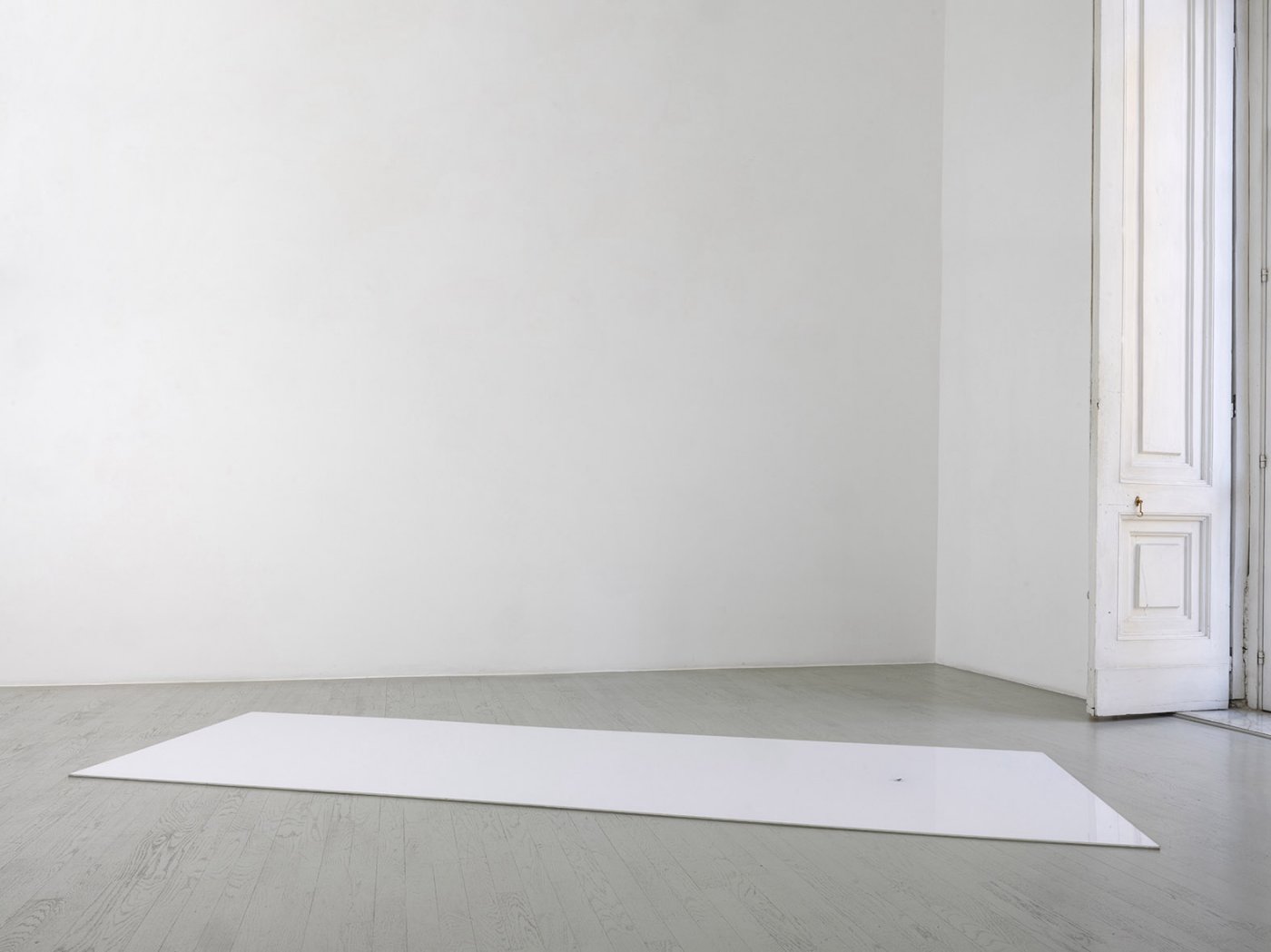 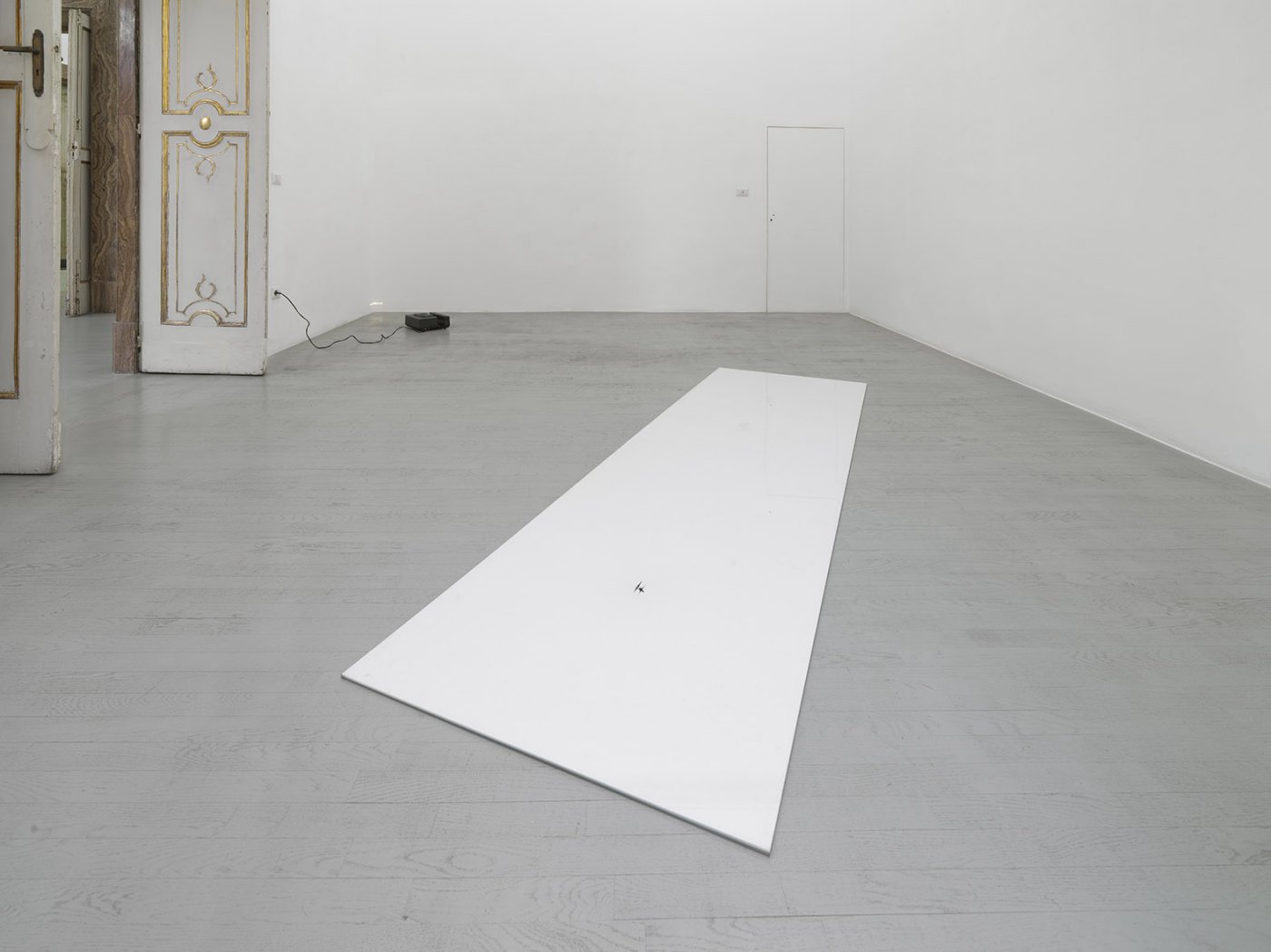 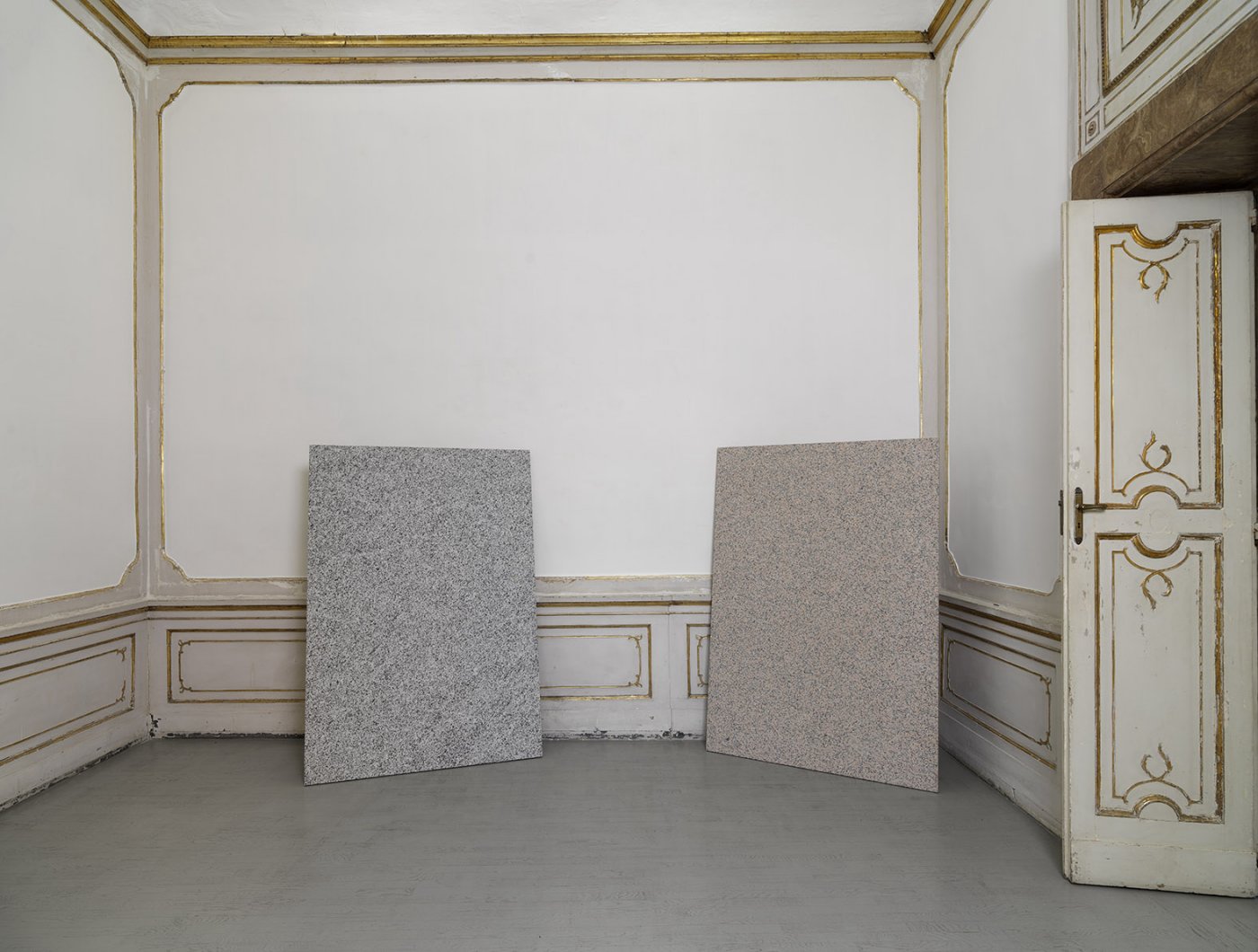 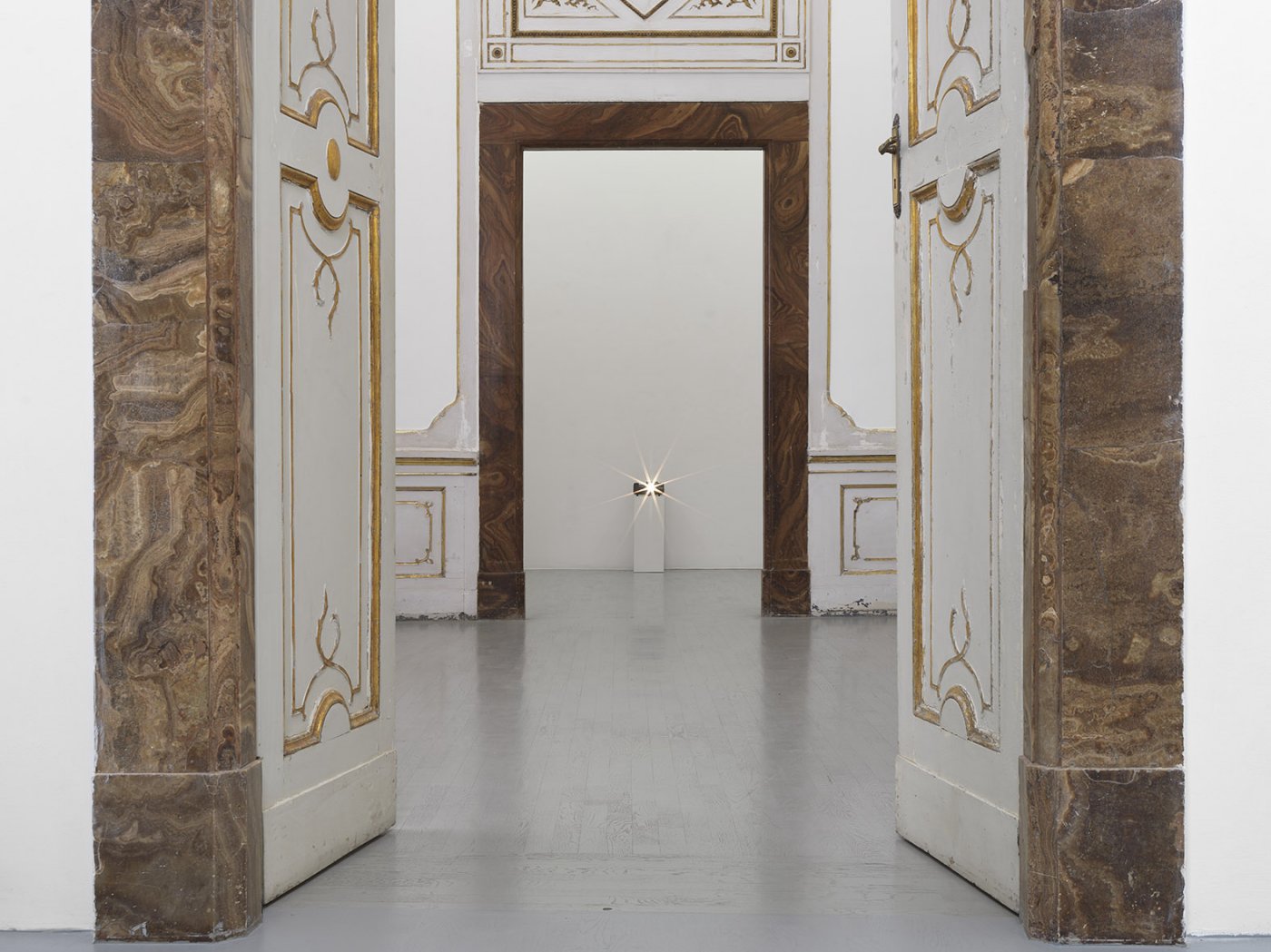 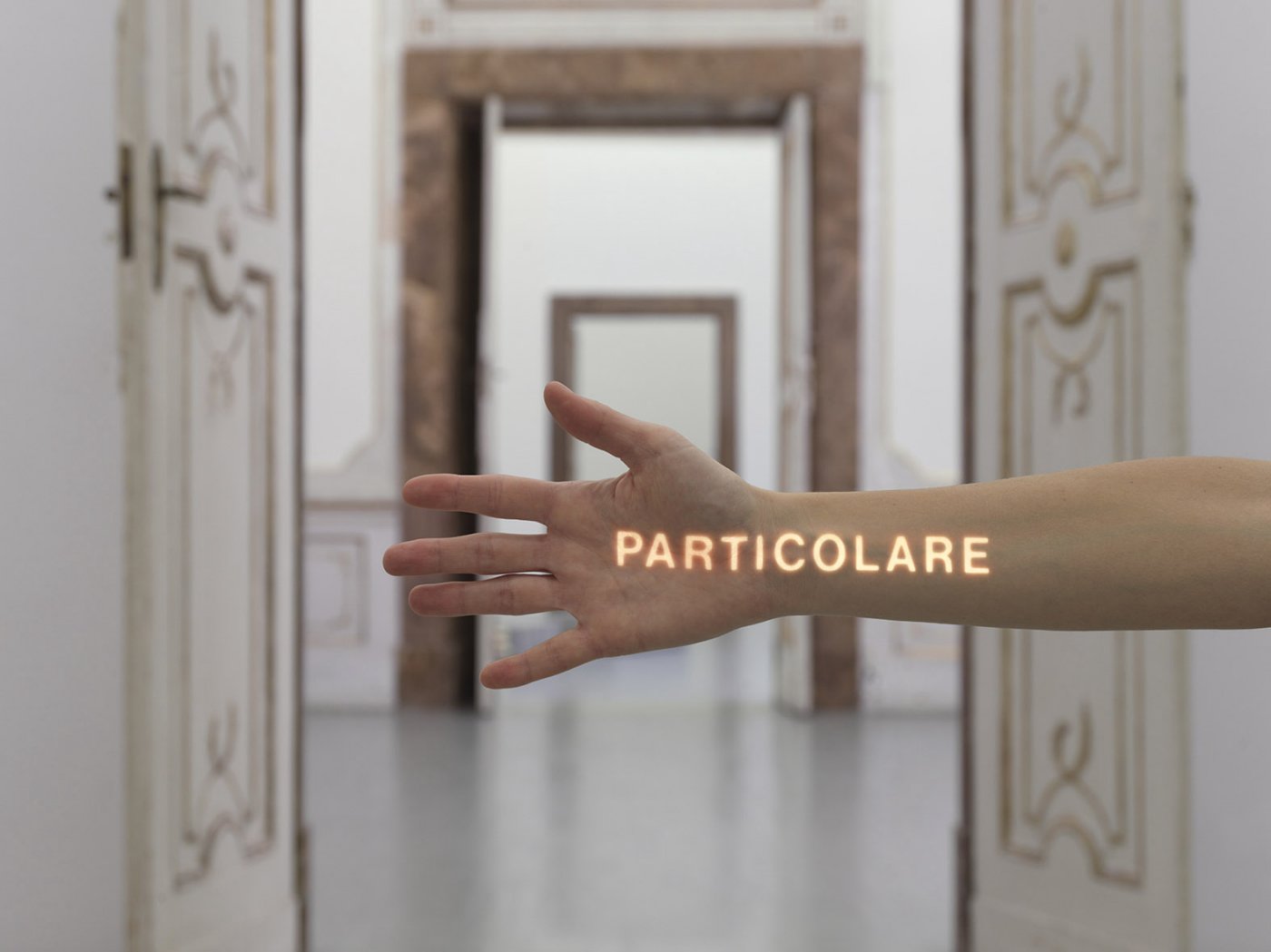 Giovanni Anselmo presents his third solo show at the gallery in piazzetta Nilo; previous ones were in 1991, in the spaces of Pozzuoli, and in 2005 at Palazzo Partanna in Piazza dei Martiri, Naples.
From the end of the 60’s Anselmo drew inspiration from natural events and from the energy that arises from them, being one of the earliest founders of the Arte Povera movement.
His radical research combines materials of different nature in continuous dialogue or conflict, making the forces that animate the work of art almost tangible, manifesting themselves through the effects on the surrounding world.
This dualism translates into a continuous tension between visible and invisible, between power and act, between finite and infinite. Organic and inorganic, natural and technological, lightness and heaviness are just some of the dialectical couples in the work of the artist. In those couples the energy inherent in the material is blocked in that moment in which opposite phenomena collide and are zeroed out.

The exhibition presents a selection of representative works of the artist in a path dated from the end of the ‘60s to nowadays.

Direzione (1967-2002) is a sandstone block with a magnetic needle mounted on its upper side that makes the work capable of self-determining its orientation in the space.
Magnetism has a fundamental role in the work of Anselmo, it is a theme he has proposed over the years using multiple materials: the work on view Verso Sud (1967-2009), in which the magnetic needle is drawn on a sketch paper and it is laid on the floor under a Plexiglas sheet, follows the same concept, however forcing the natural position of the needle to the north and orienting itself in the opposite direction.

Infinito (1970) is a photograph of infinity across the sky taken with the focus, in fact, on ∞. The artist use of the photographic medium aims to the presentation of an experience, rather than at its representation. Anselmo himself, commenting the work, explains this distinction: «Photography is in a certain way the equivalent of an “instant”. If, from the point of view of time, photography is so extreme, the most consequent way to resort to it is to make an extreme use of it, bringing it to the maximum of its possibilities».
Also shown is the work Particolare del lato in alto della prima I d’Infinito (14.4.1975) in which a dense field of graphite tries to capture and crystallize the concept of infinity in a finite and visible form.

Invisibile (1971-75) is a parallelepiped of black African granite on which the inscription VISIBLE is engraved. The block is not complete but cut on one side, on which the suffix IN was assumed to be inscribed, it is, its invisible, infinite and immeasurable part, the one that would make the work finished but “invisible”.
With an essential gesture, Anselmo allude to the possibility of finding a conclusion in what we do not see, leading the sphere of the sensible to converge with the one of the intellect, matter with the imagination and the human microcosm with the universal macrocosm.

Particolare (1972-2013) is one of the most representative work of Giovanni Anselmo. The installation consists of one or more projectors that reproduce the word PARTICULAR on a specific point of the exhibition space. When visitors are between the projector and the wall, the beam of light hits a part of their body, the word “particular” is focused and thus becomes a caption describing the process triggered by the work itself.

Oltremare (1979-2022) is the hues used for a site-specific pictorial intervention at the gallery that refers to the mineral used to produce this blue pigment formerly imported in Europe from distant lands, “beyond the sea”. The Work underlines the importance that has his relationship with the outside, not the work itself, to be part of a universe. The overseas is «a spatial indication of an elsewhere that, around us, is found in all directions. On Earth, in fact, whatever direction you choose to go, sooner or later an overseas will always appear. Placing this colour on a wall means for me to choose and indicate that direction, towards the overseas on the wall and towards the overseas in the outer space».

The work Senza Titolo (1990) is composed by a canvas and a granite slab tied together by a steel cable with a slipknot and installed on the wall. Anselmo, in a characteristic gesture of Arte Povera, abandons the traditional categories of art, almost hiding the white canvas behind the stone. With an almost unnatural balance, this suspension from the ground gives a certain lightness, suggesting a decrease in the gravity, while the juxtaposition of the rock with the canvas highlights a dialogue between the sculpture and the space of the painting.

Also on display are two granite sheets, both titled Il Colore e la pietra sono peso vivo (2018). The two vertically inclined works surrender to the force of gravity while remaining laid on the ground and, through an edge, laid against the wall.

Dove le stelle si avvicinano di una spanna in più (2001-2017): three granite blocks raw cut on two sides and split on the other two, laying on the floor create a walkable short path. An invite from the artist to follow the projection that names the work and to walk on the stones to be one step closer to the stars.

Giovanni Anselmo (1934, Borgofranco d’Ivrea, Turin) lives and works in Turin. The first personal exhibition in 1968 was followed by numerous exhibitions in Italian and international museums and institutions, among them the most recent are: Accademia di San Luca, Rome (2019); Fondazione Querini Stampalia, Venice (2017); Castello di Rivoli Museo d’Arte Contemporanea, Turin (2016); Musée d’art Modern et Contemporain de Saint-Étienne, France (2015); Kunstmuseum Winterthur, Switzerland (2013); MAMbo, Bologna (2006); Ikon Gallery, Birmingham, UK (2005); Museum Kurhaus Kleve, Germany (2004). In 2019 he was awarded the prestigious Presidente della Repubblica award of the Accademia Nazionale di San Luca; in 1990 he received the Golden Lion. He took part to the Venice Biennale in 1972, 1978, 1980, 1986, 1990 and 2007 and to the Documenta Kassel in 1972 and 1982.