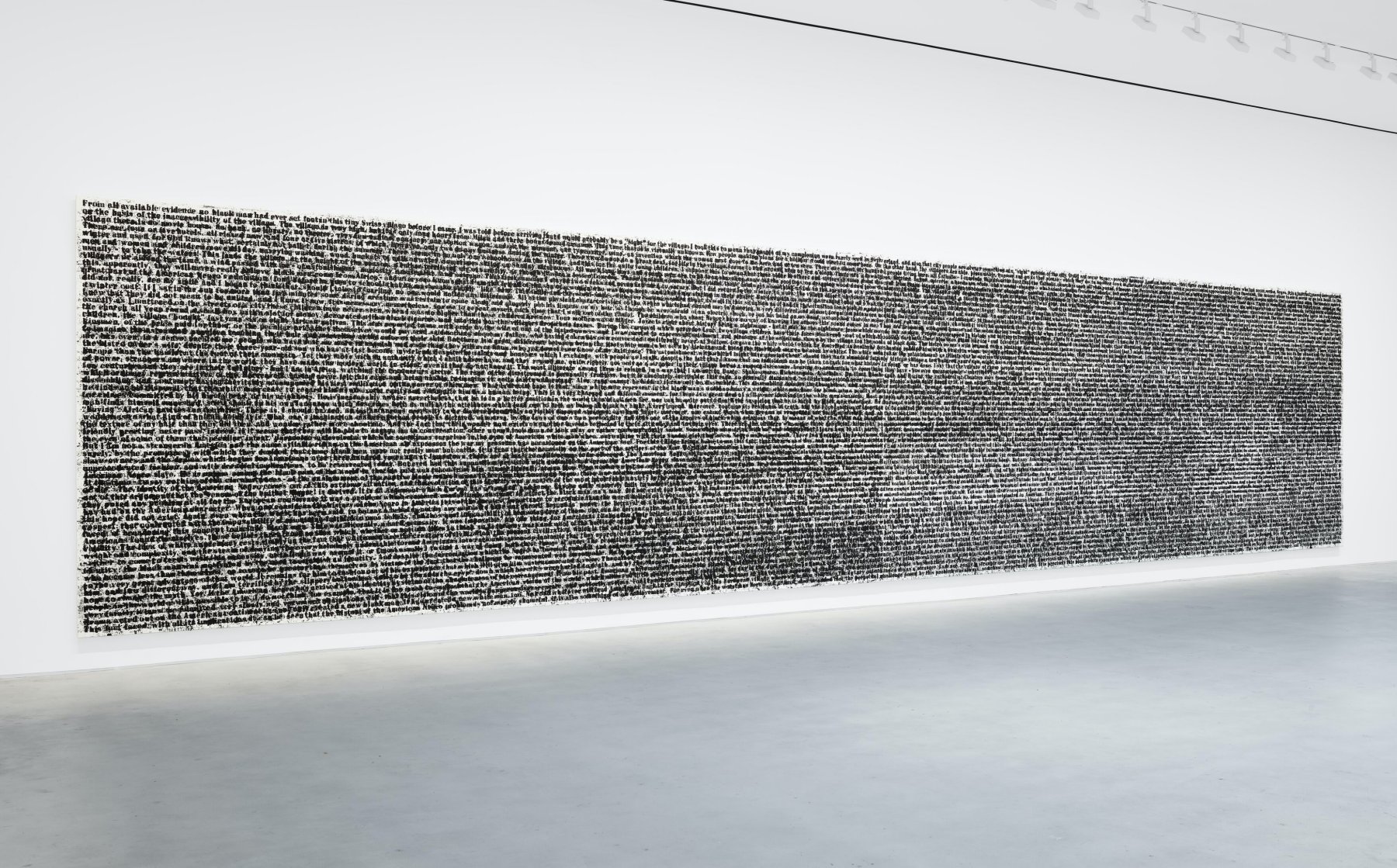 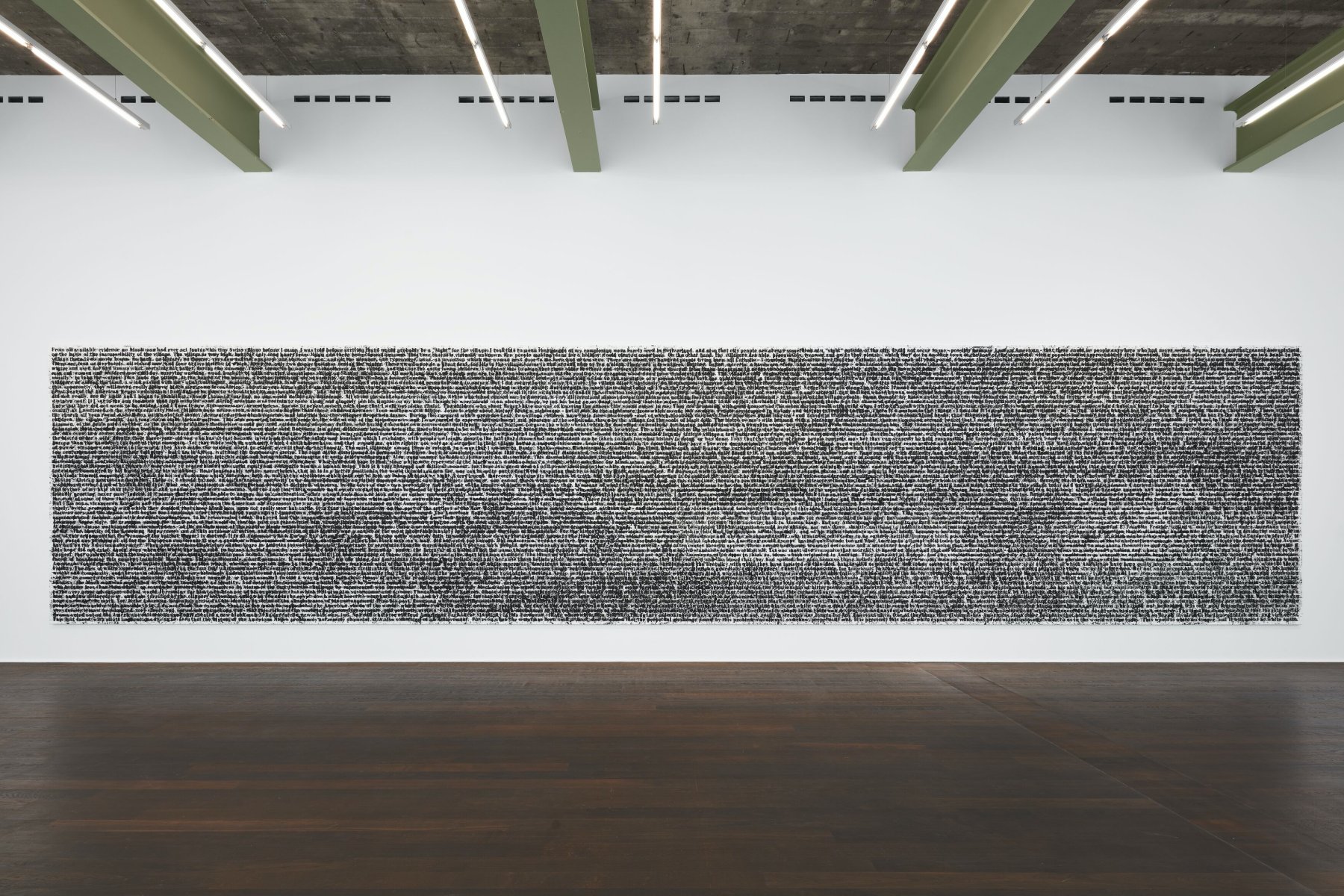 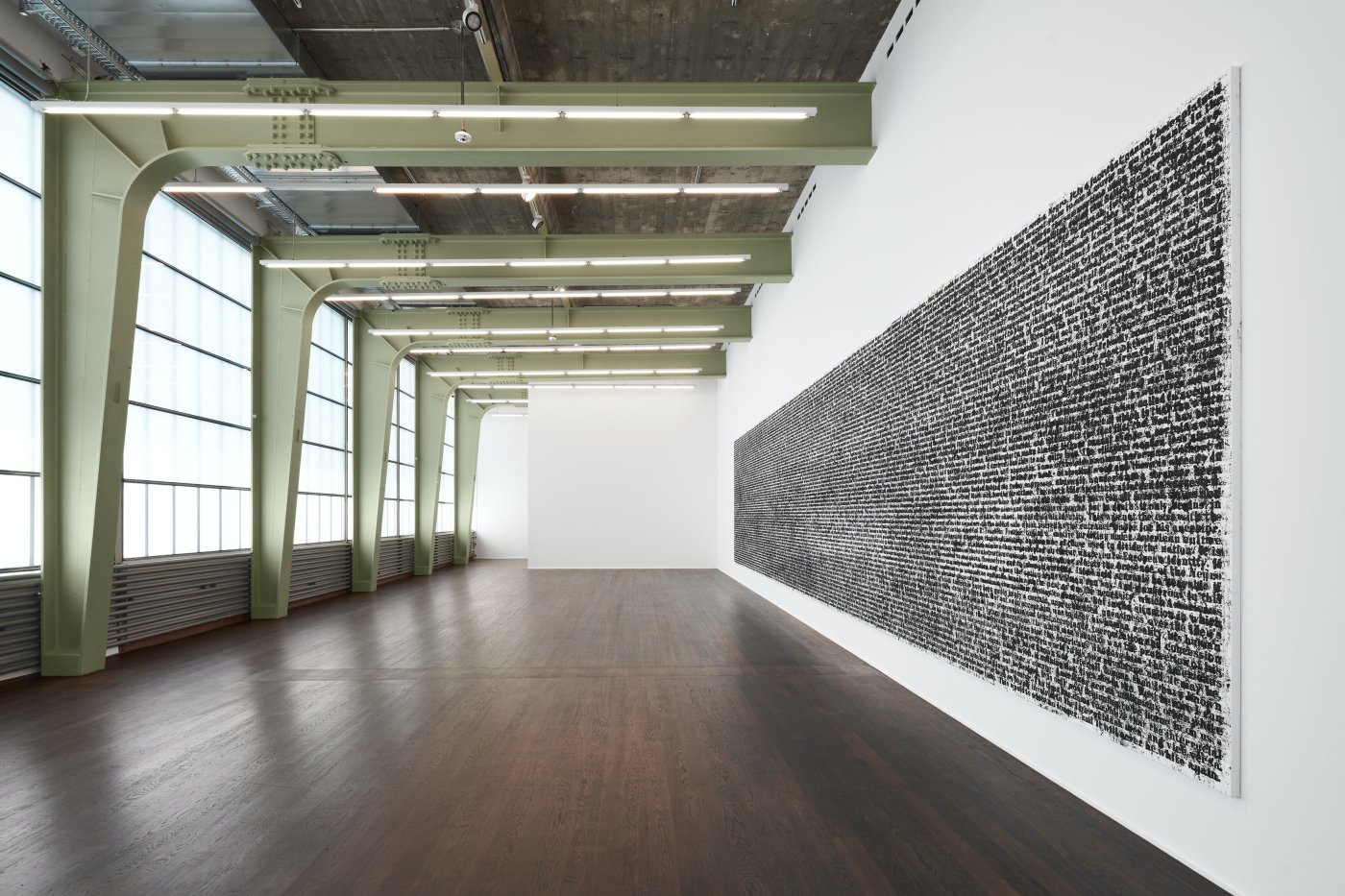 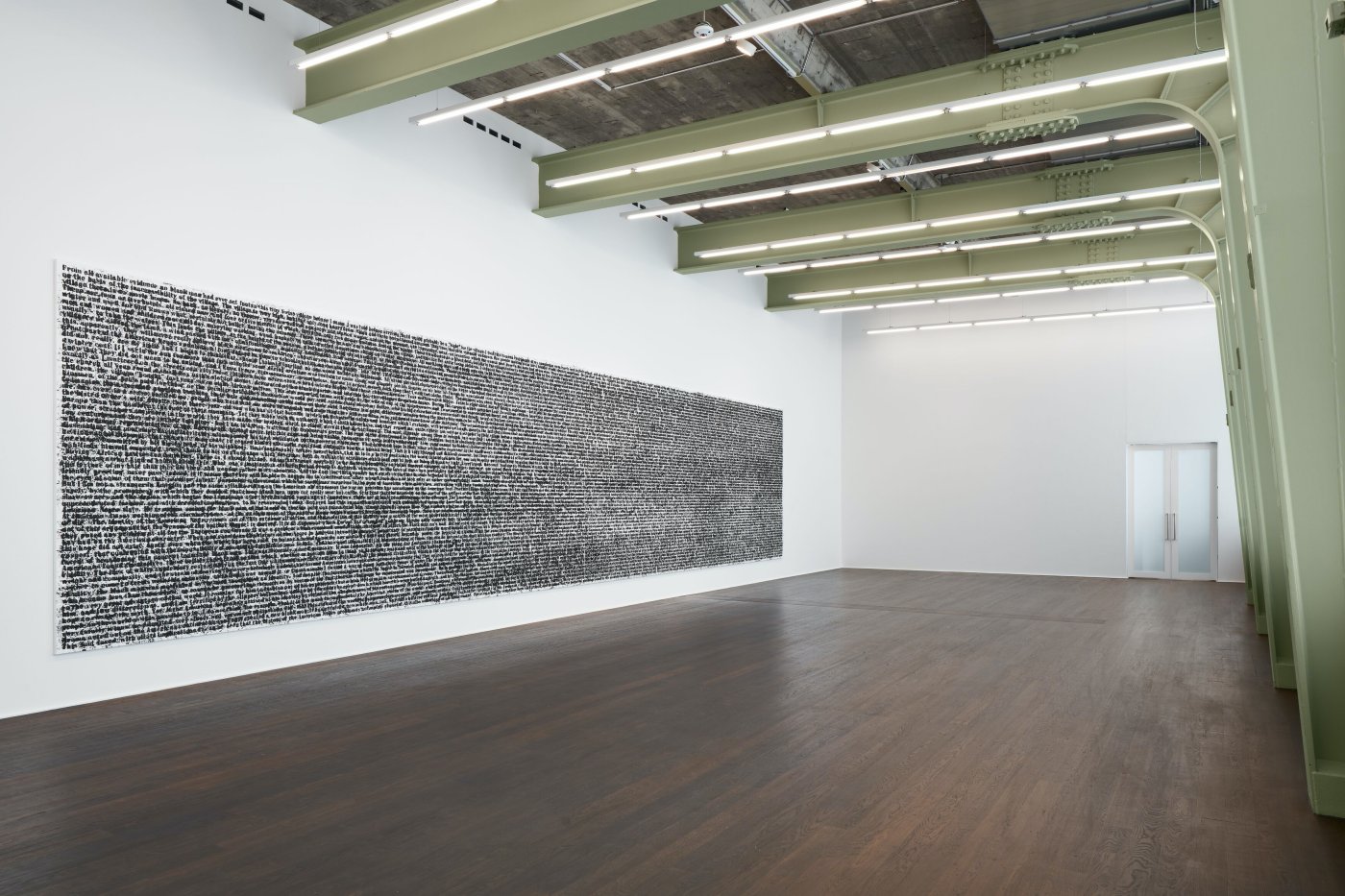 Coinciding with Zurich Art Weekend, Ligon will present a large-scale diptych from his Stranger series, which first began in 1997 and renders excerpts from James Baldwin’s 1953 essay, ‘Stranger in the Village’. This is the first time in the series that Ligon uses the entire text in a painting and marks the inaugural presentation of this body of work in Switzerland. The exhibition in Zurich precedes Ligon’s major solo presentation spanning three floors at Hauser & Wirth New York, 22nd Street, opening on 10 November, and a new publication from Hauser & Wirth Publishers forthcoming this autumn.

This monumental diptych, ‘Stranger (Full Text) #1’ (2020-2021) measures 45 feet long and 10 feet high (13.7 x 3 m) and is the sole artwork in the Zurich presentation. The location and scale reflect both the Swiss setting of James Baldwin’s autobiographical essay and the magnitude of racial alienation it describes. In the text, Baldwin recounts his experience of visiting the small mountain village of Leukerbad, Switzerland where he encounters villagers who have never met a Black man before him. He describes his interactions with the villagers, over multiple visits to the town, as they react to his Blackness, sometimes with curiosity and enthusiasm, and sometimes with fear and suspicion. He connects these experiences to global structures of racism, colonialism, and white supremacy and analyses how they manifest in both the United States and Europe. Baldwin compares the alienation he feels in this small village with the racism he experienced in America, but concludes that the foundations of American racism, in fact, originated in Europe.

In appropriating Baldwin’s essay in ‘Stranger (Full Text) #1’ (2020-2021), Ligon draws connections between the cultural context of the United States and Europe in the 1950s to the present, underscoring the ongoing presence of systemic racism and the effects of colonialism within it. As the inaugural presentation of this body of work in Switzerland, Ligon felt this was ‘an opportunity to show this work for the first time there, but also to recognize that these are [both] American issues and global issues’. ‘First Contact’ refers both to Baldwin’s presence in Leukerbad and Ligon’s Zurich presentation of the Stranger series.

This work is a part of a larger body of text-based paintings in which Ligon stencils text onto canvas with oil stick creating a relief of sentences. As the stencil is moved across the canvas, oil stick residue and smudges from previous words mark the canvas, obscuring some of the text. Through the work’s varying degrees of legibility, Ligon uses the representational form of language to depict varying states of hypervisibility and invisibility in the Black experience. Ligon concludes his Stranger series, which he has worked on for over two decades, with these new monumental paintings using Baldwin’s entire essay. A new triptych from the same series, also measuring 45 feet long, will be on view at Hauser & Wirth New York this November.