‘I took photos of everything that interested me in the world: people, clouds, water, mountains, cracks, stains, and all sorts of light and shade effects, which – sometimes – have a more or less direct relationship to my painting.’

While many are familiar with the abstract paintings of German-French artist Hans Hartung (b.1904, Leipzig, Germany; d.1989, Antibes, France), few know of their connection to his photography. In collaboration with the Hartung-Bergman Foundation, Waddington Custot presents Hans Hartung: Painter, Photographer, a museum-quality exhibition that illuminates the importance of photography to the development of the painter’s work. 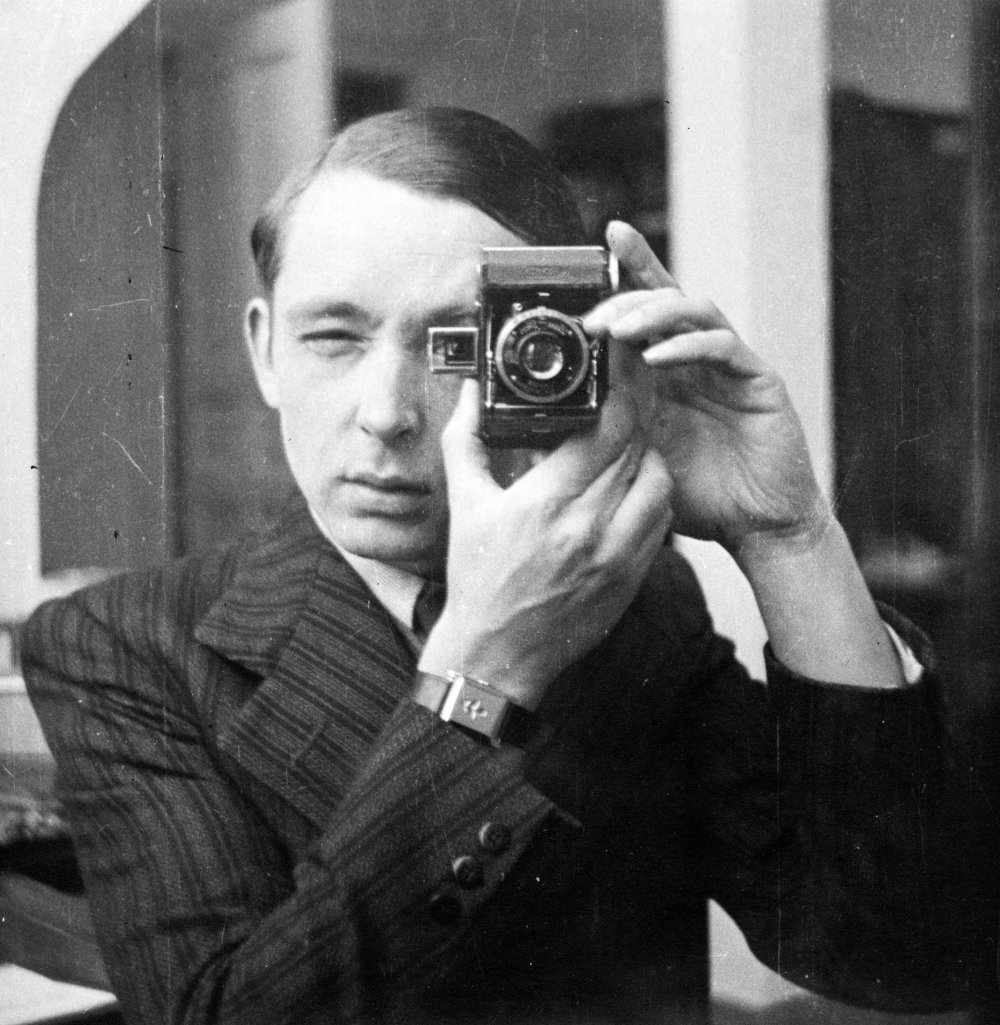 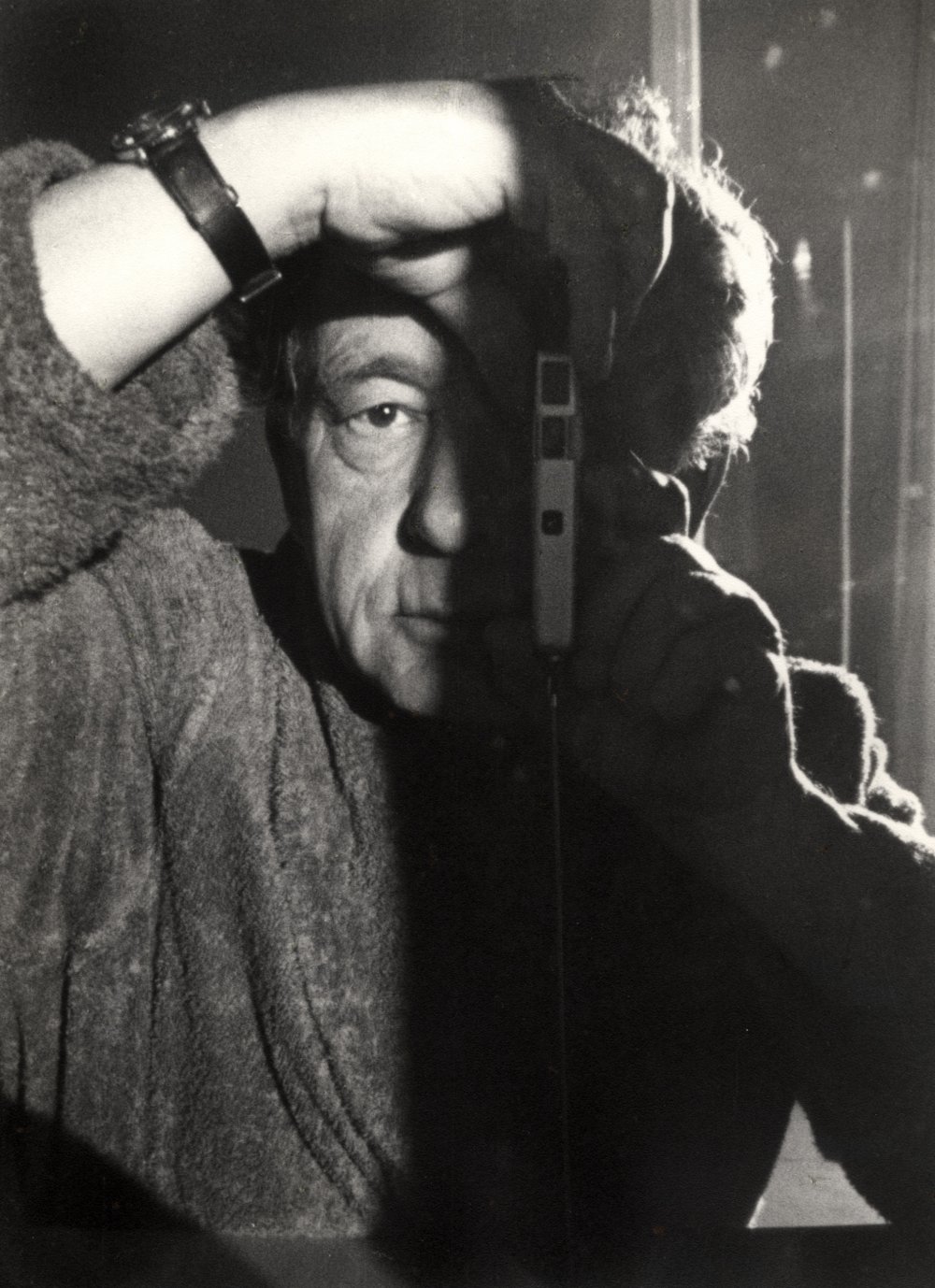 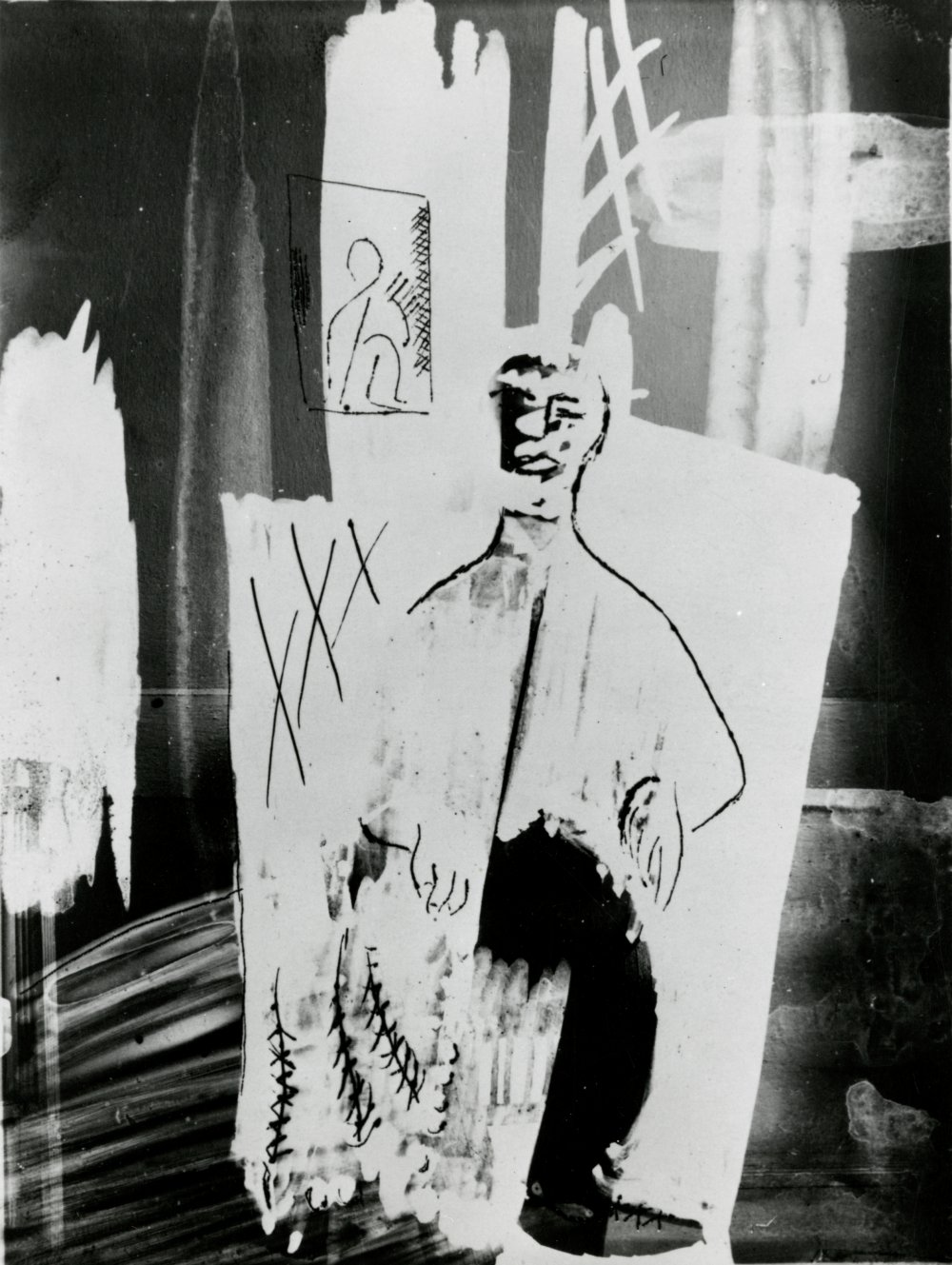 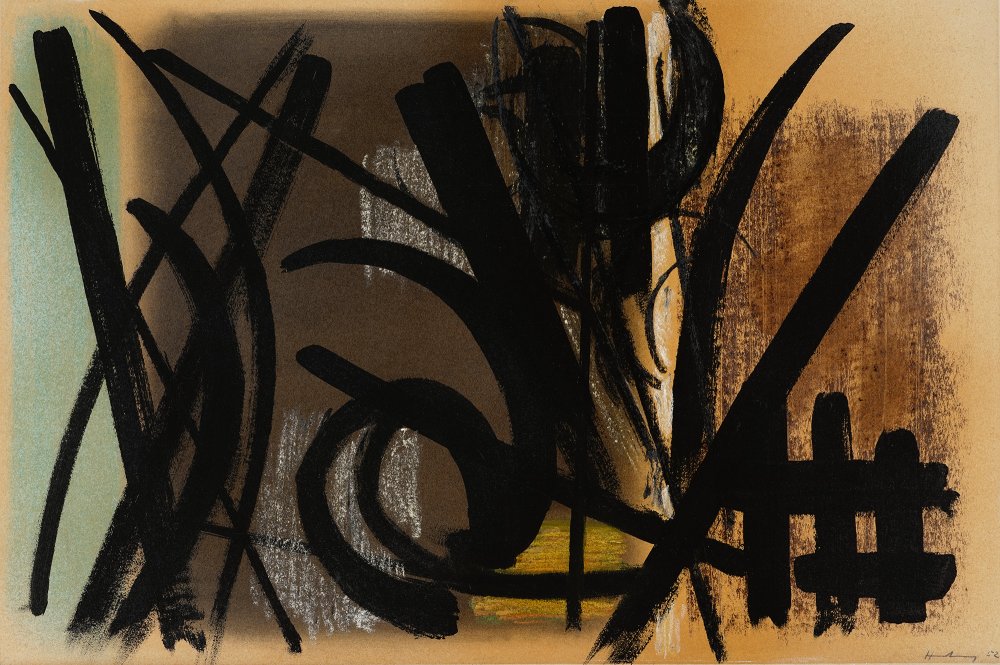 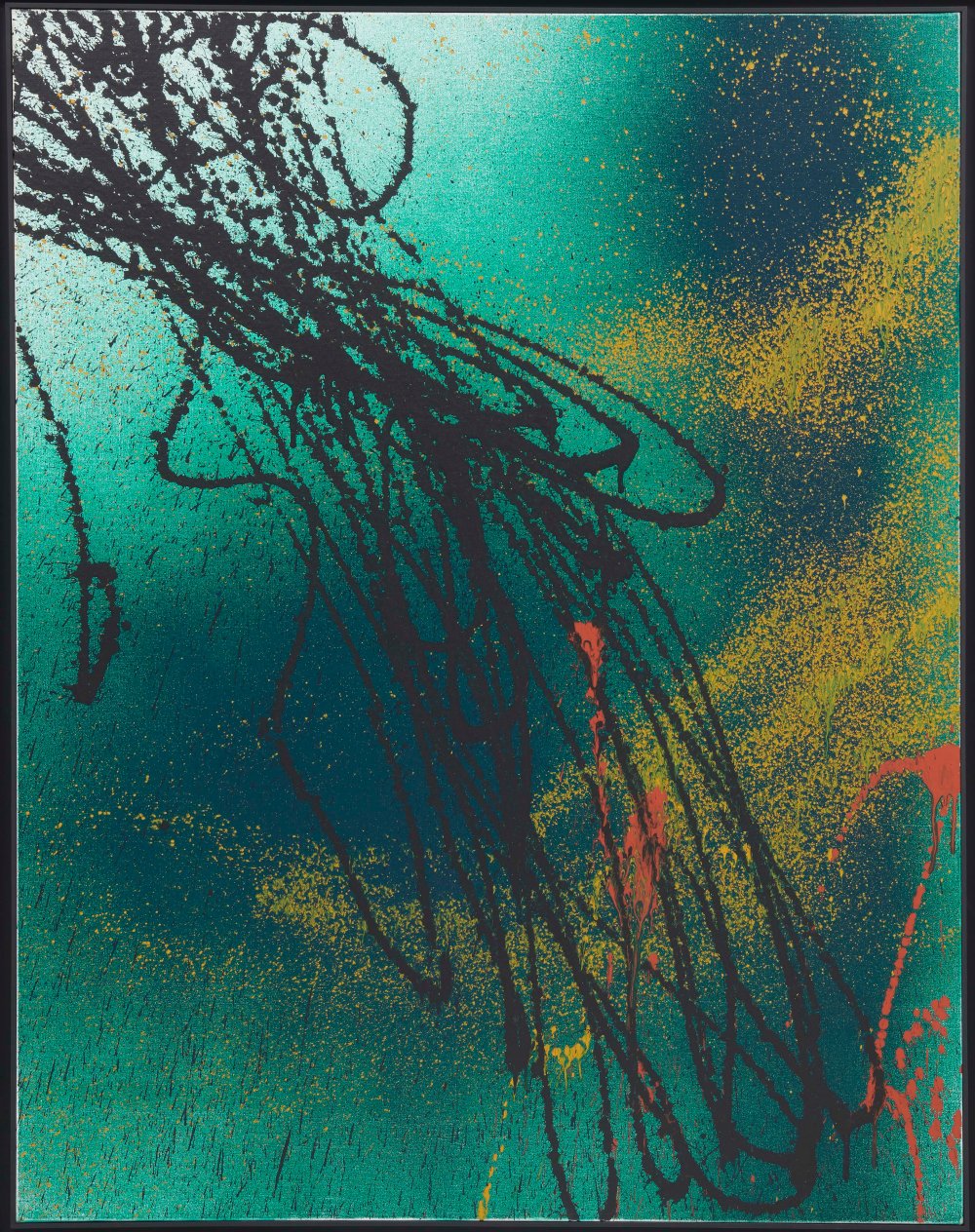 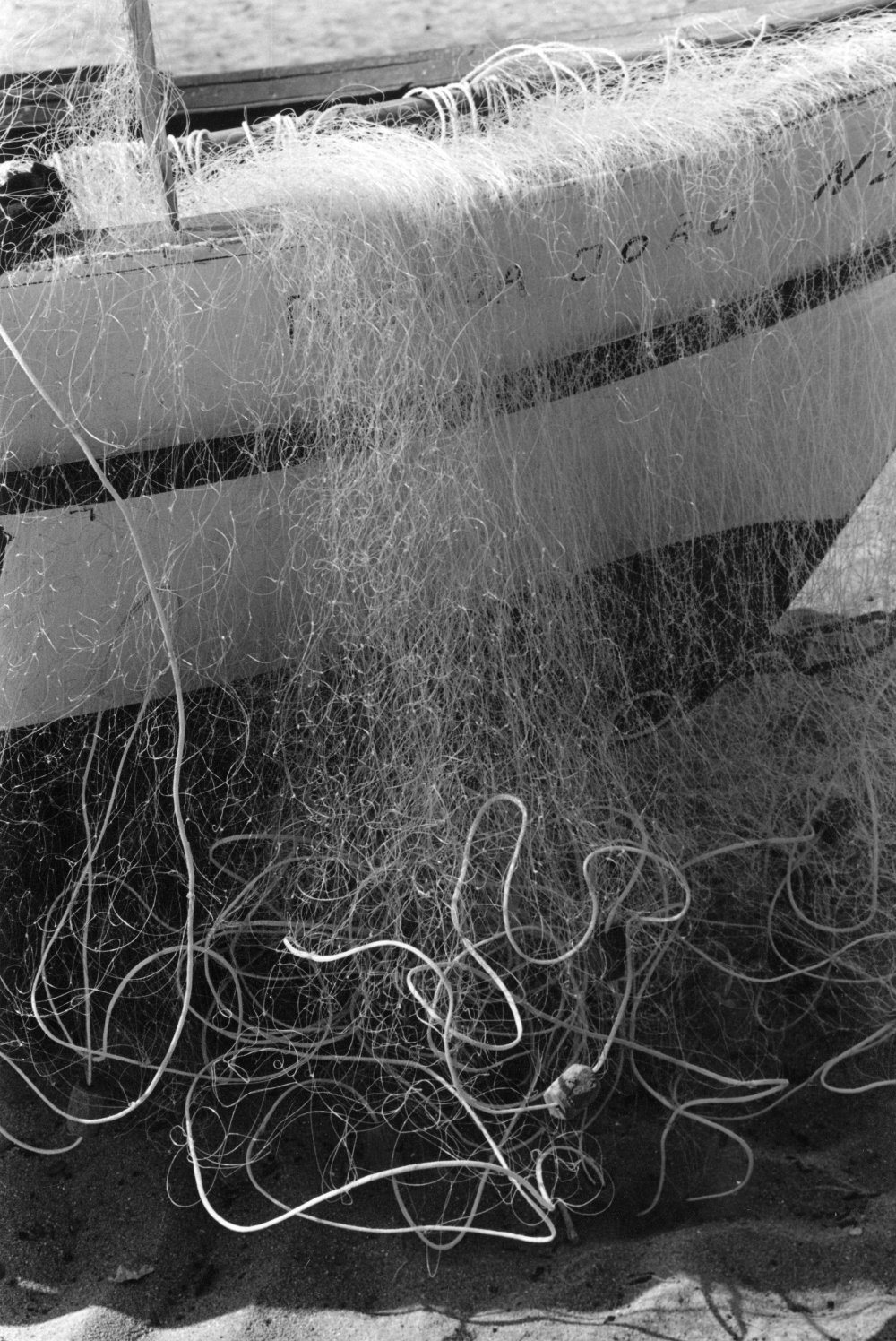 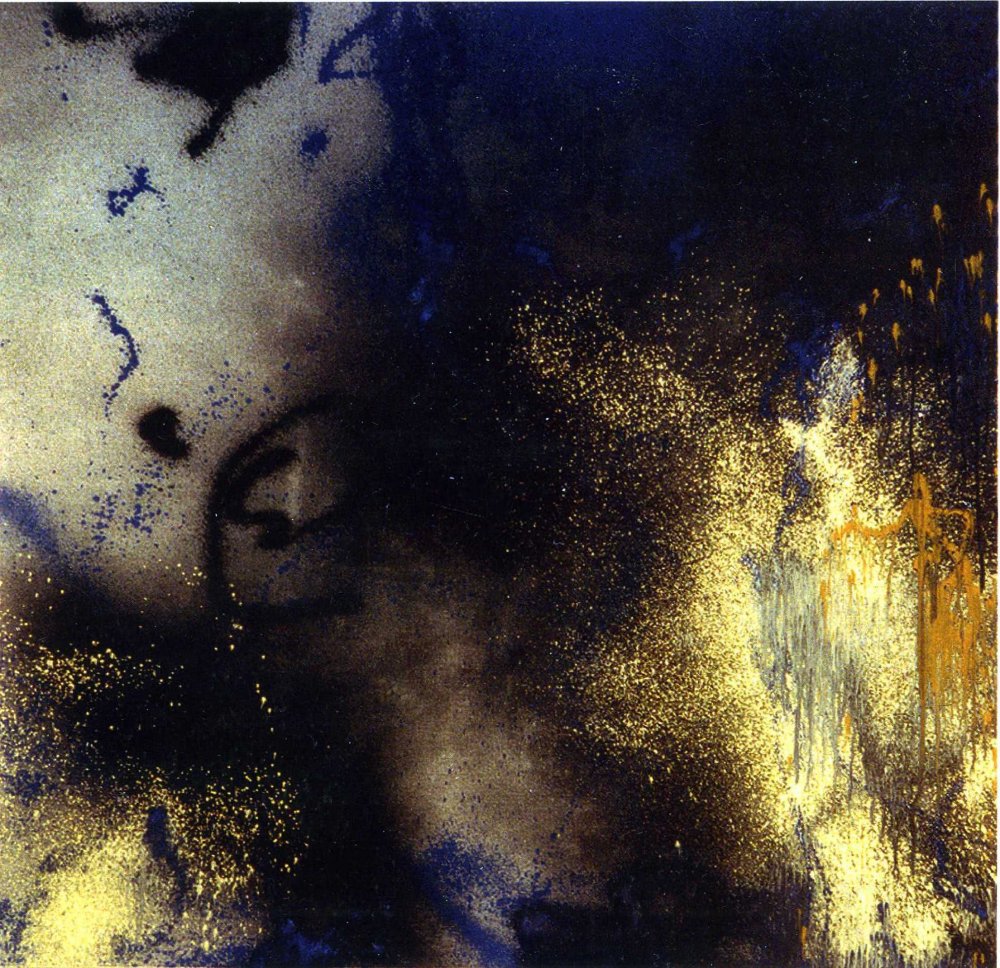 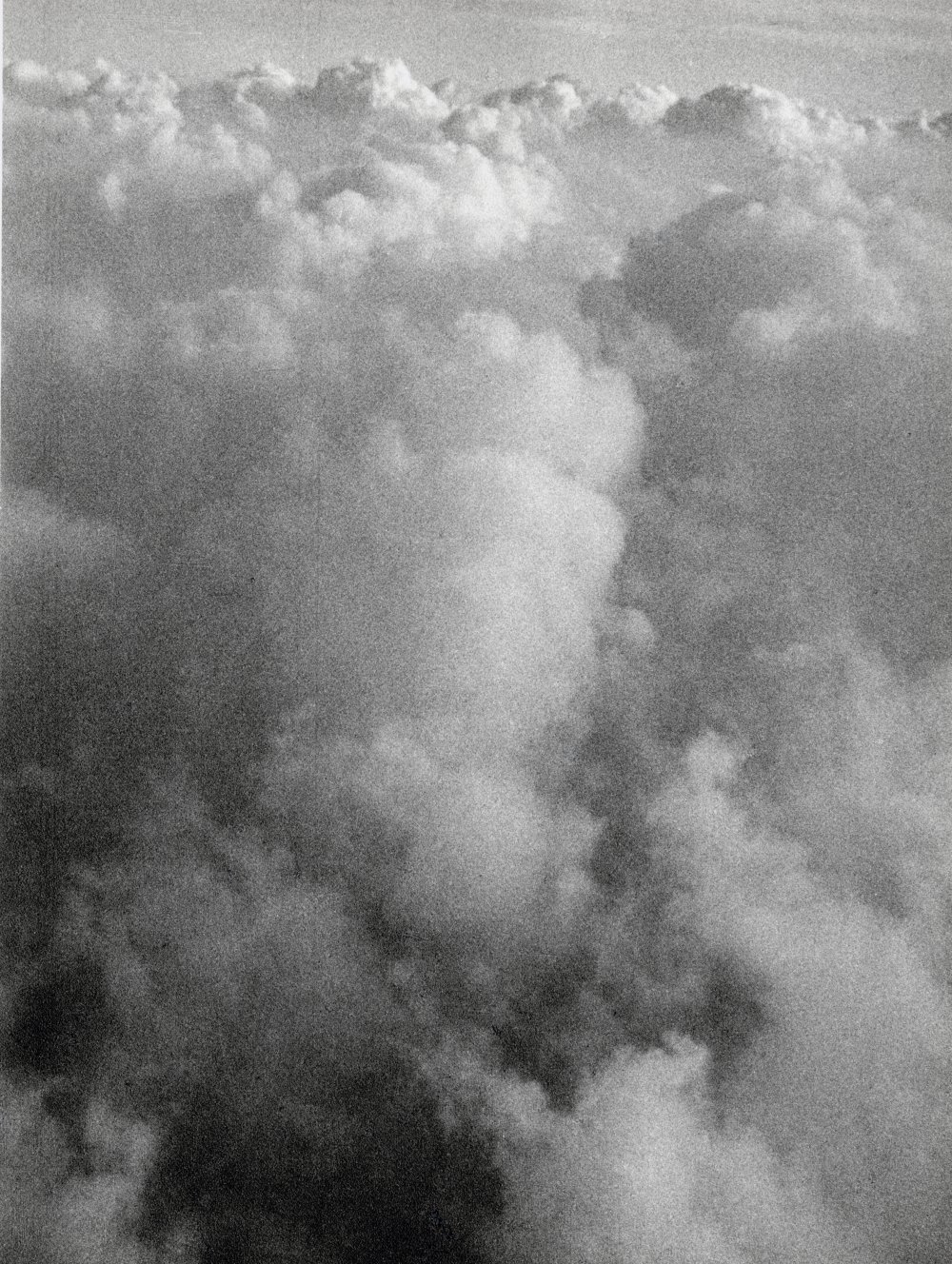 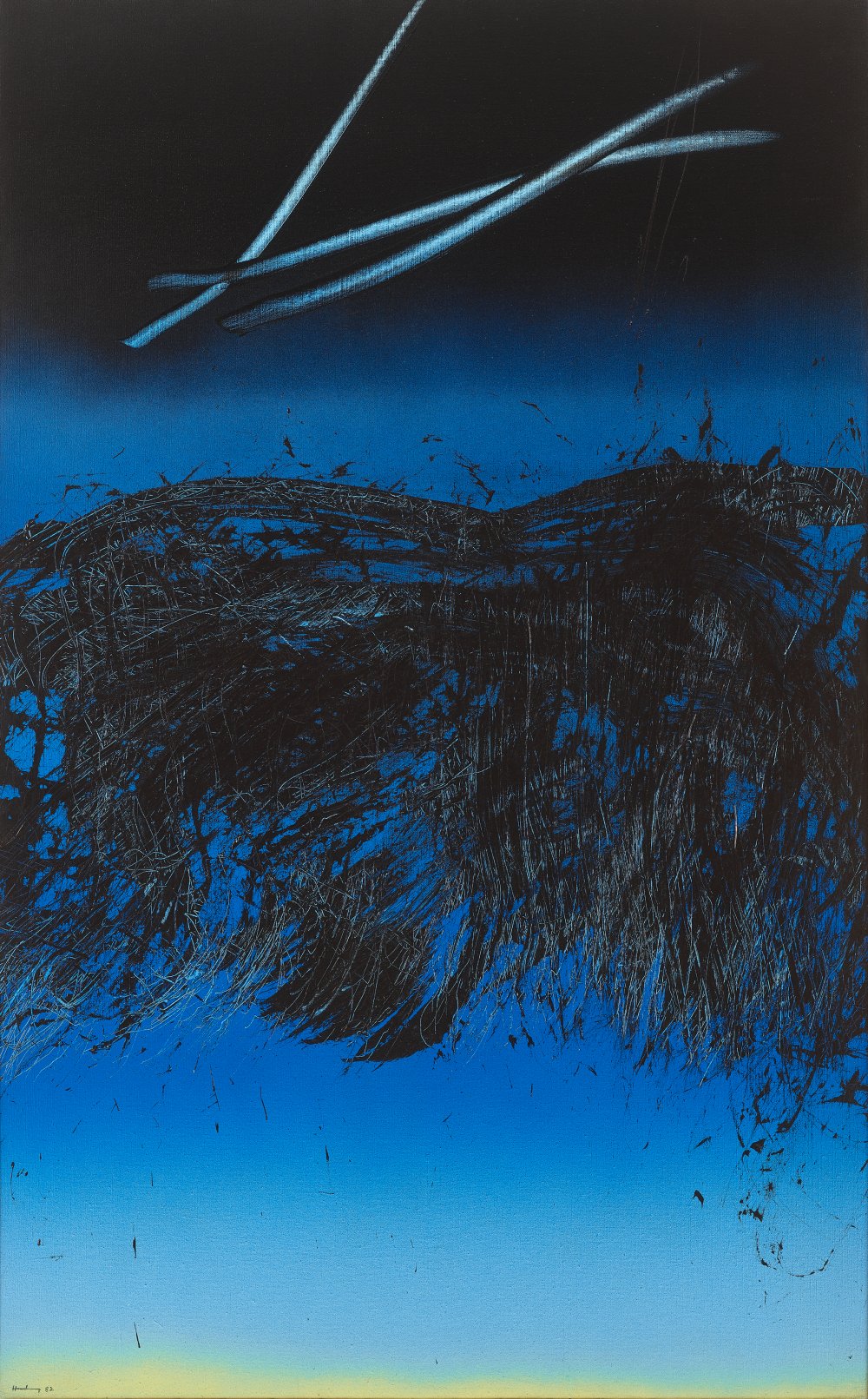 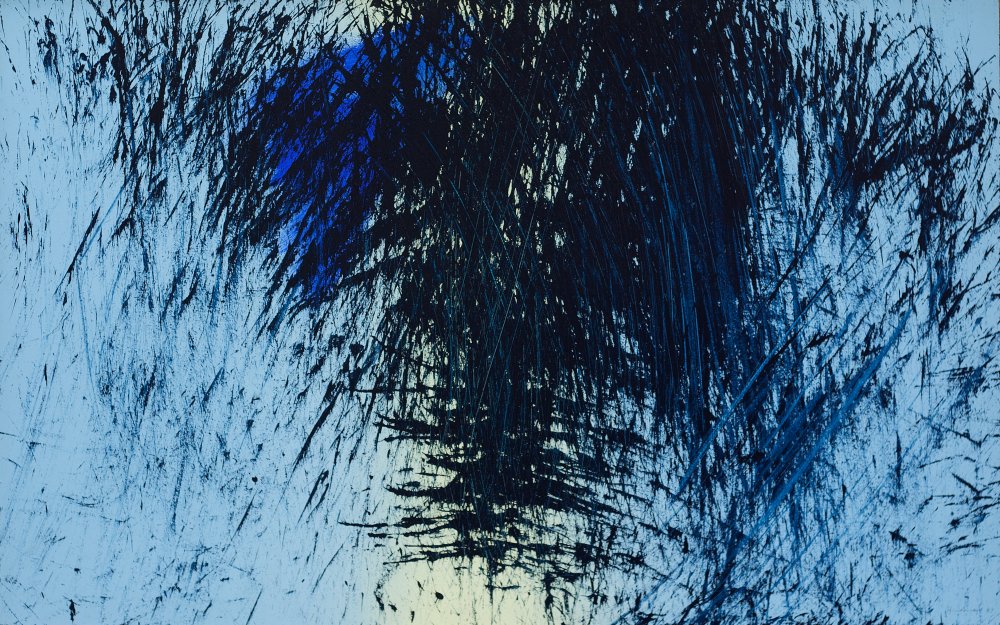 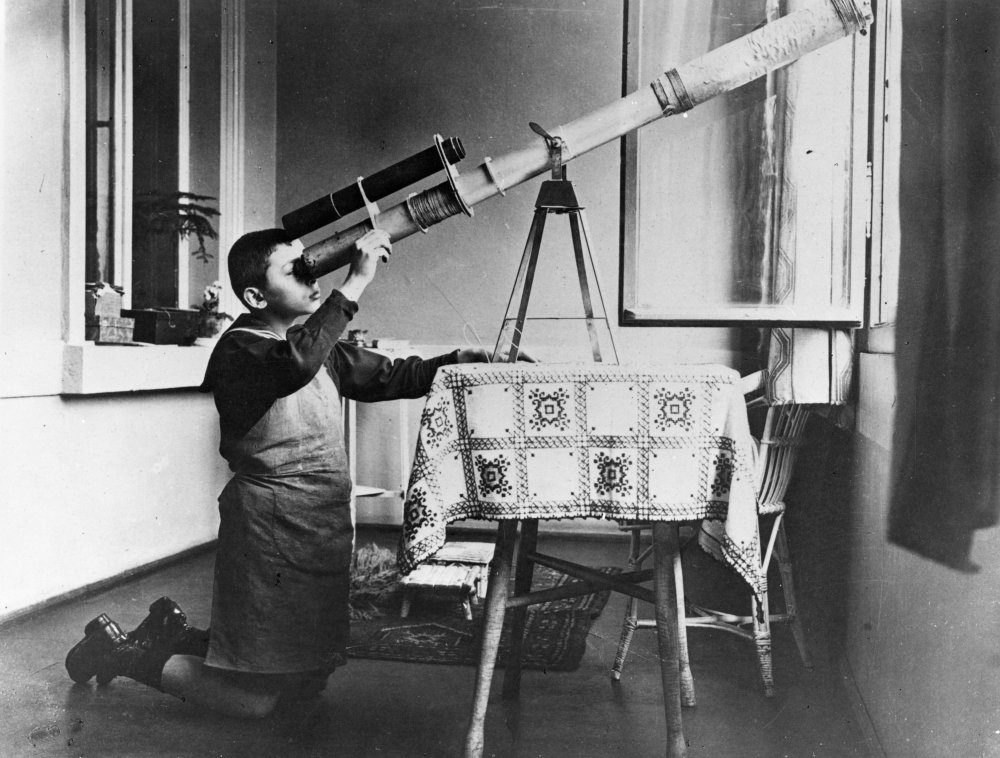 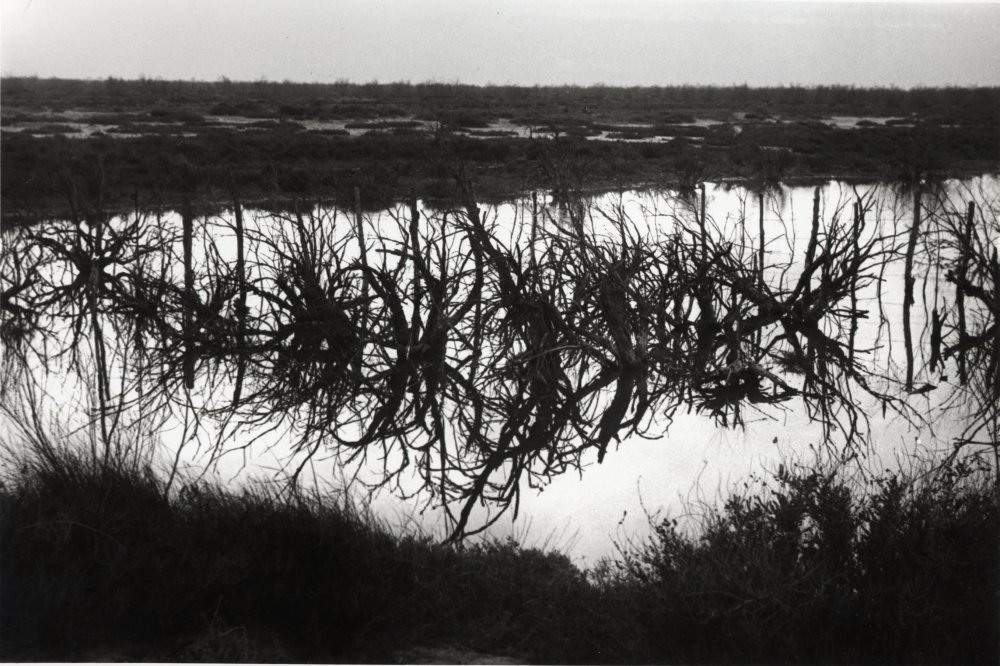 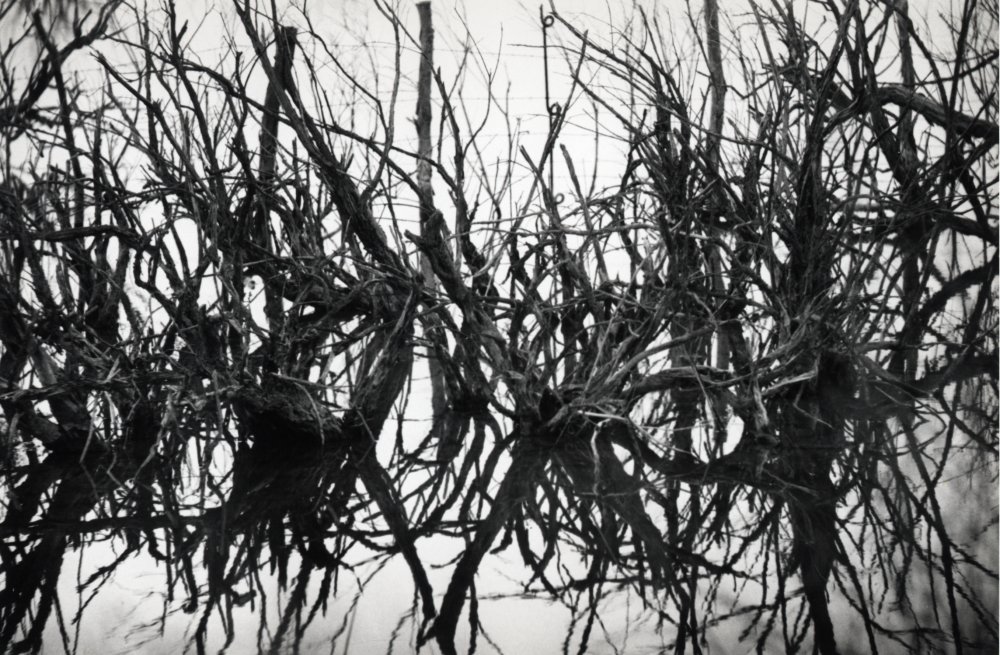 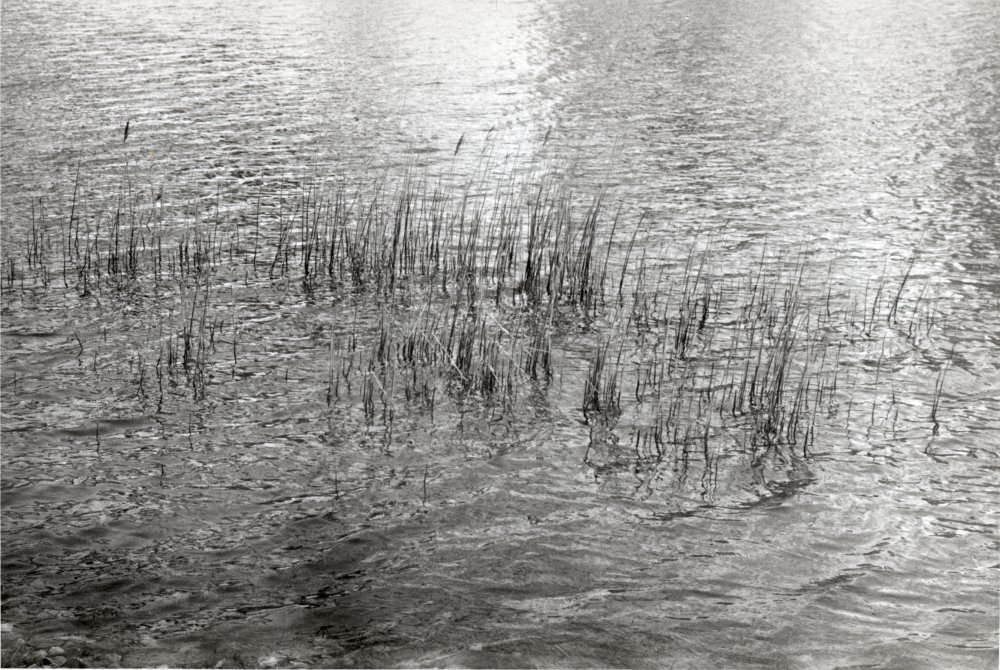 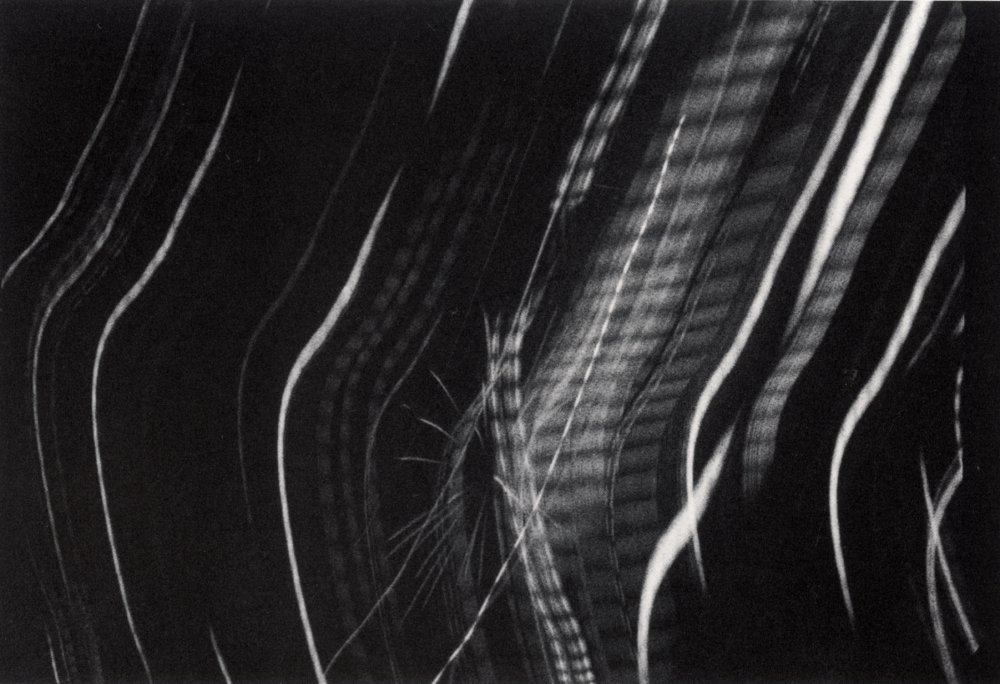 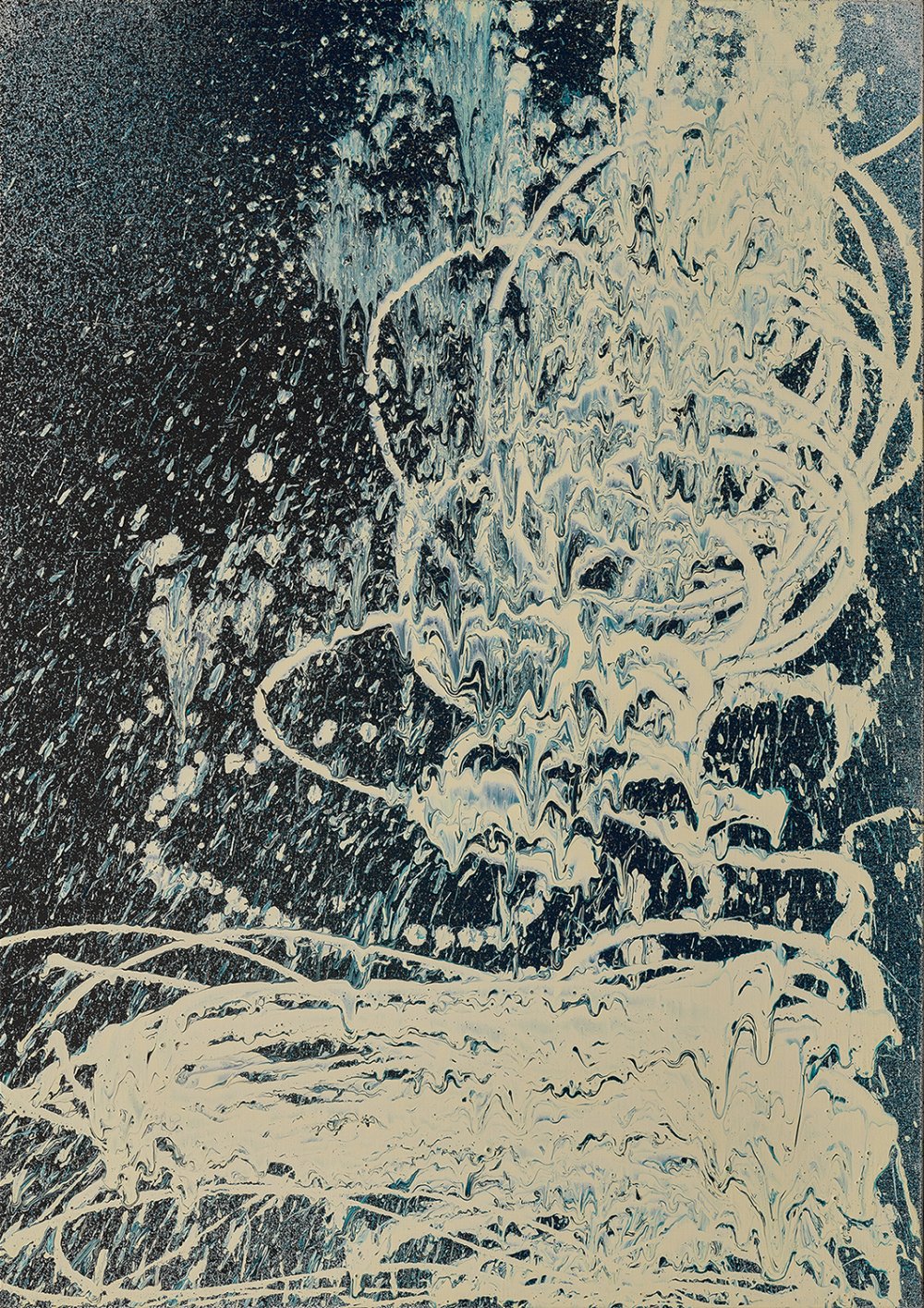 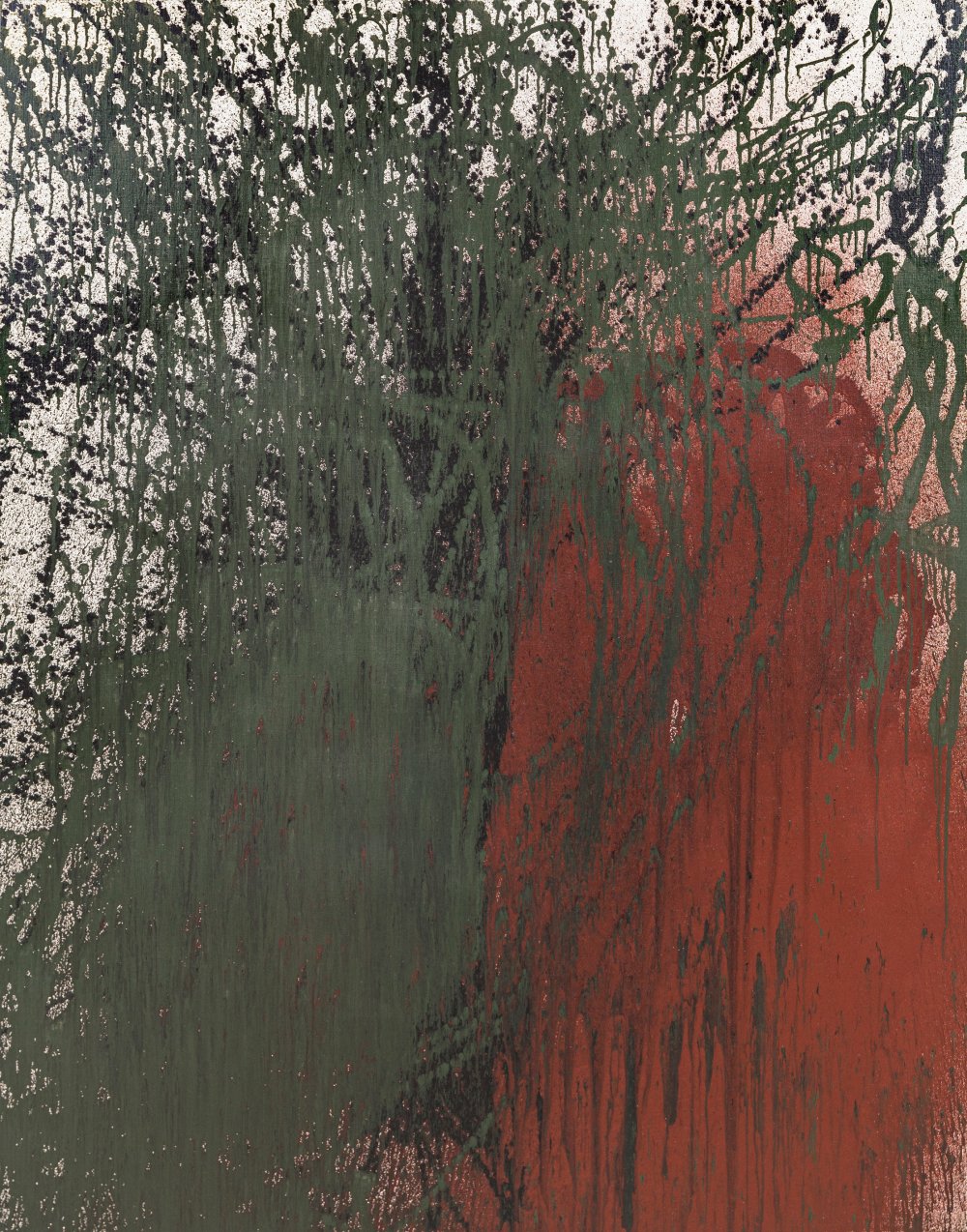 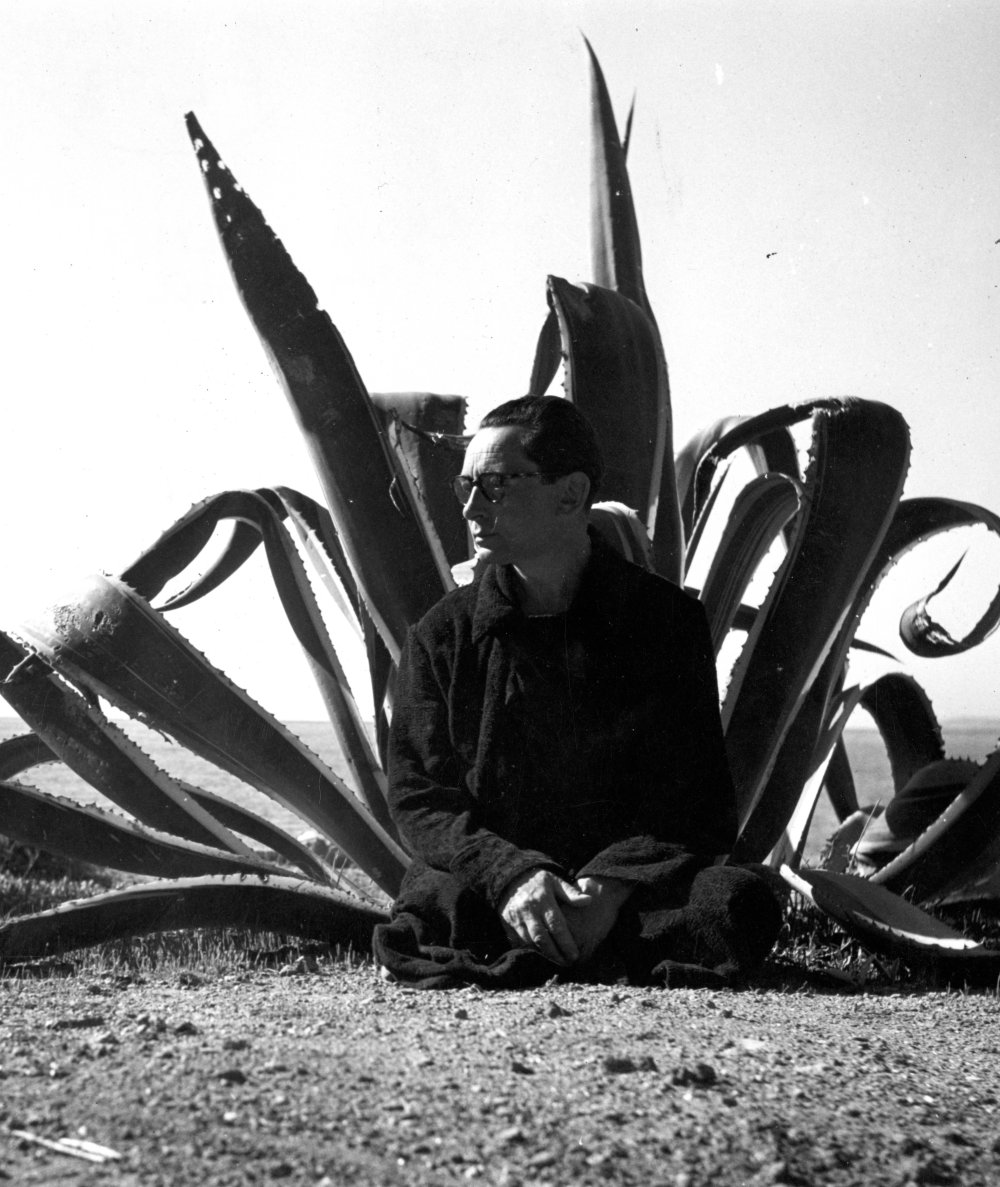 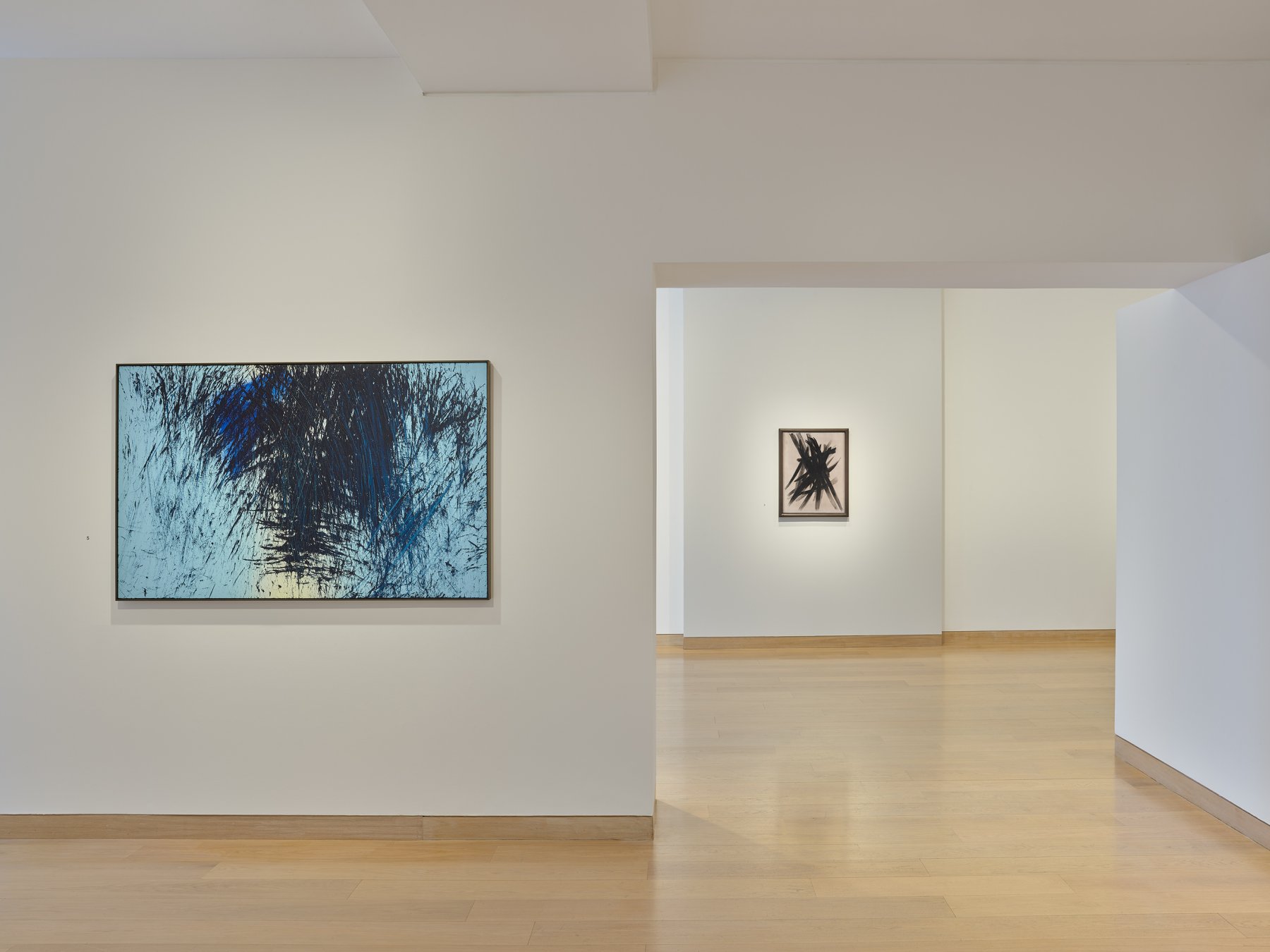 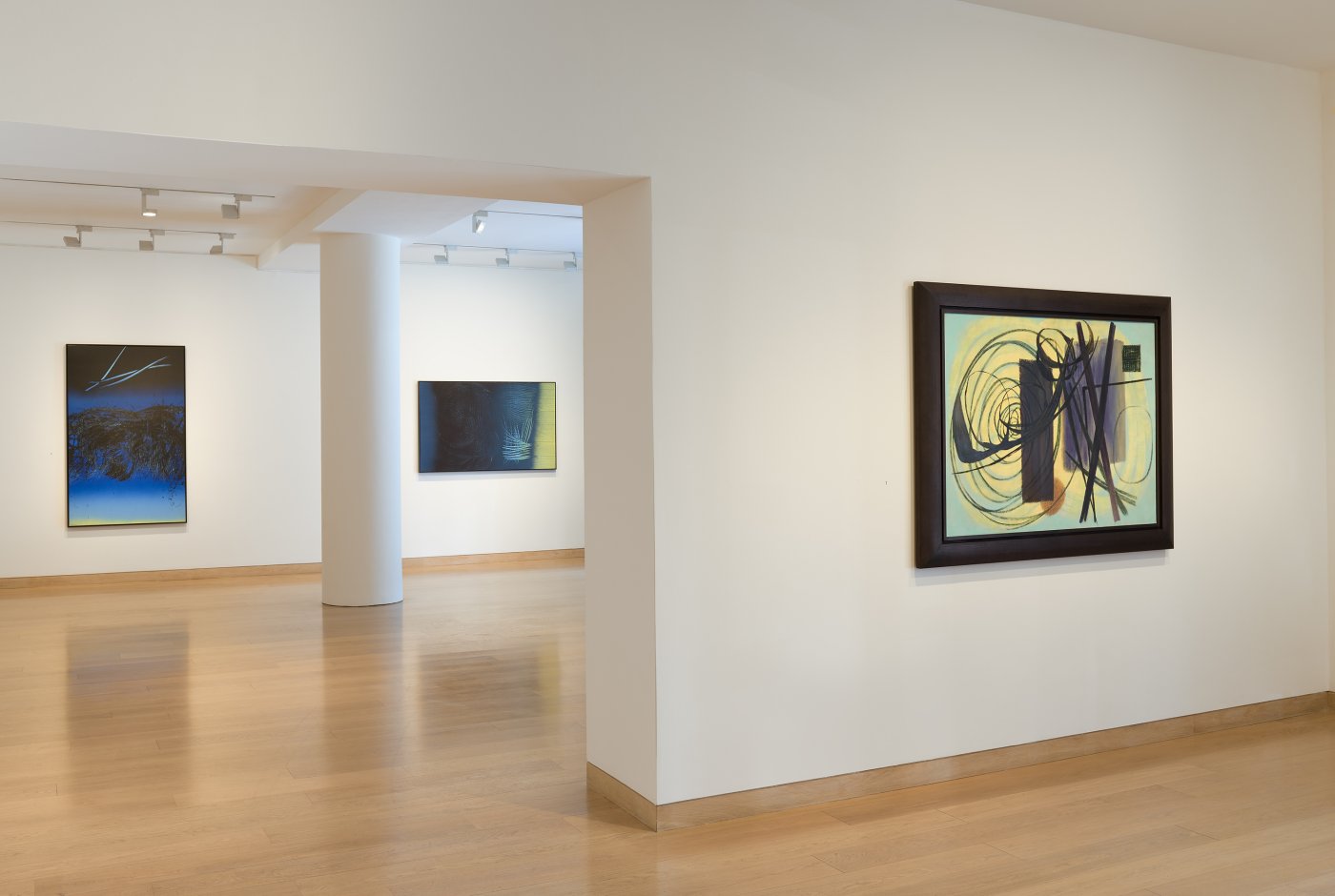 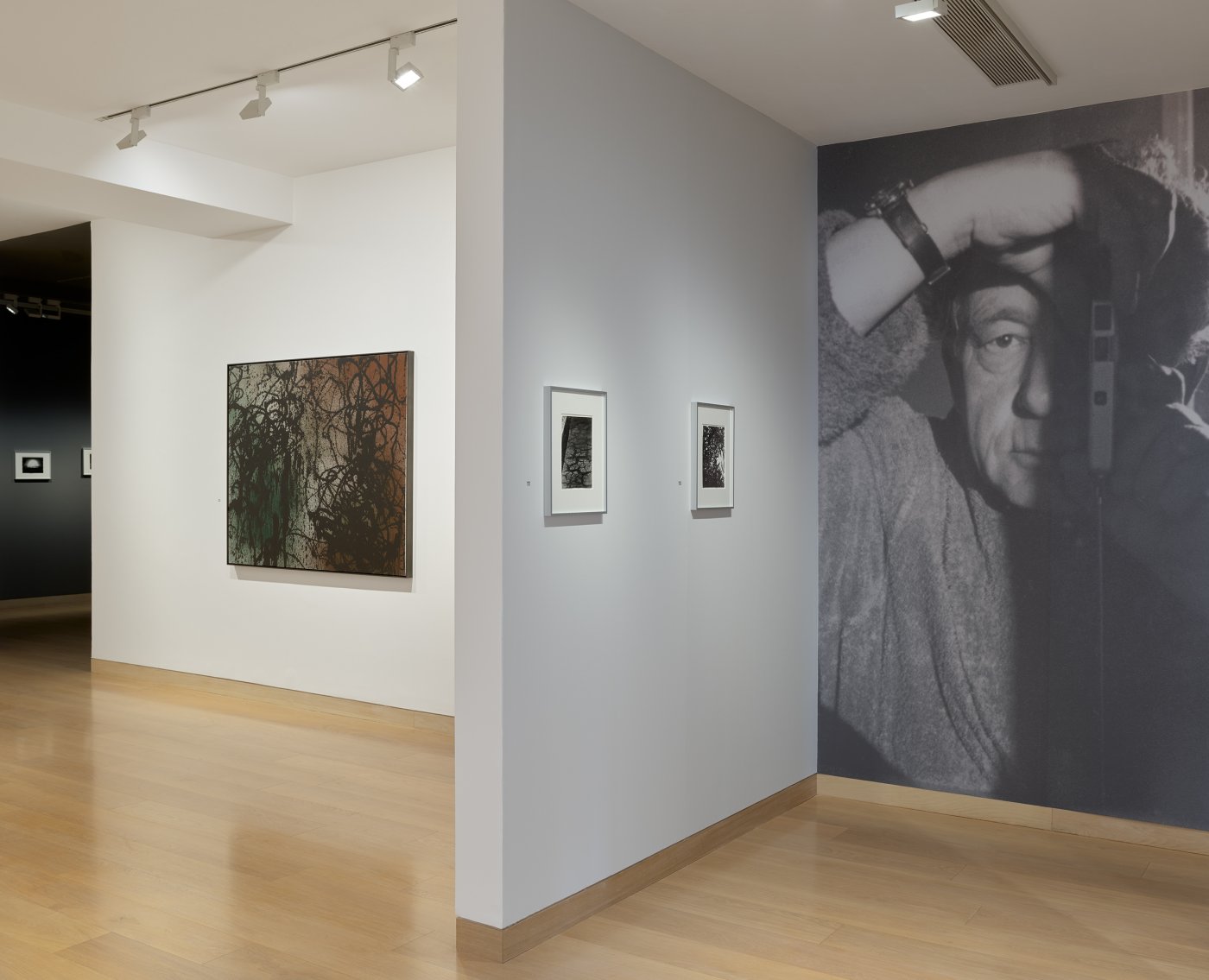 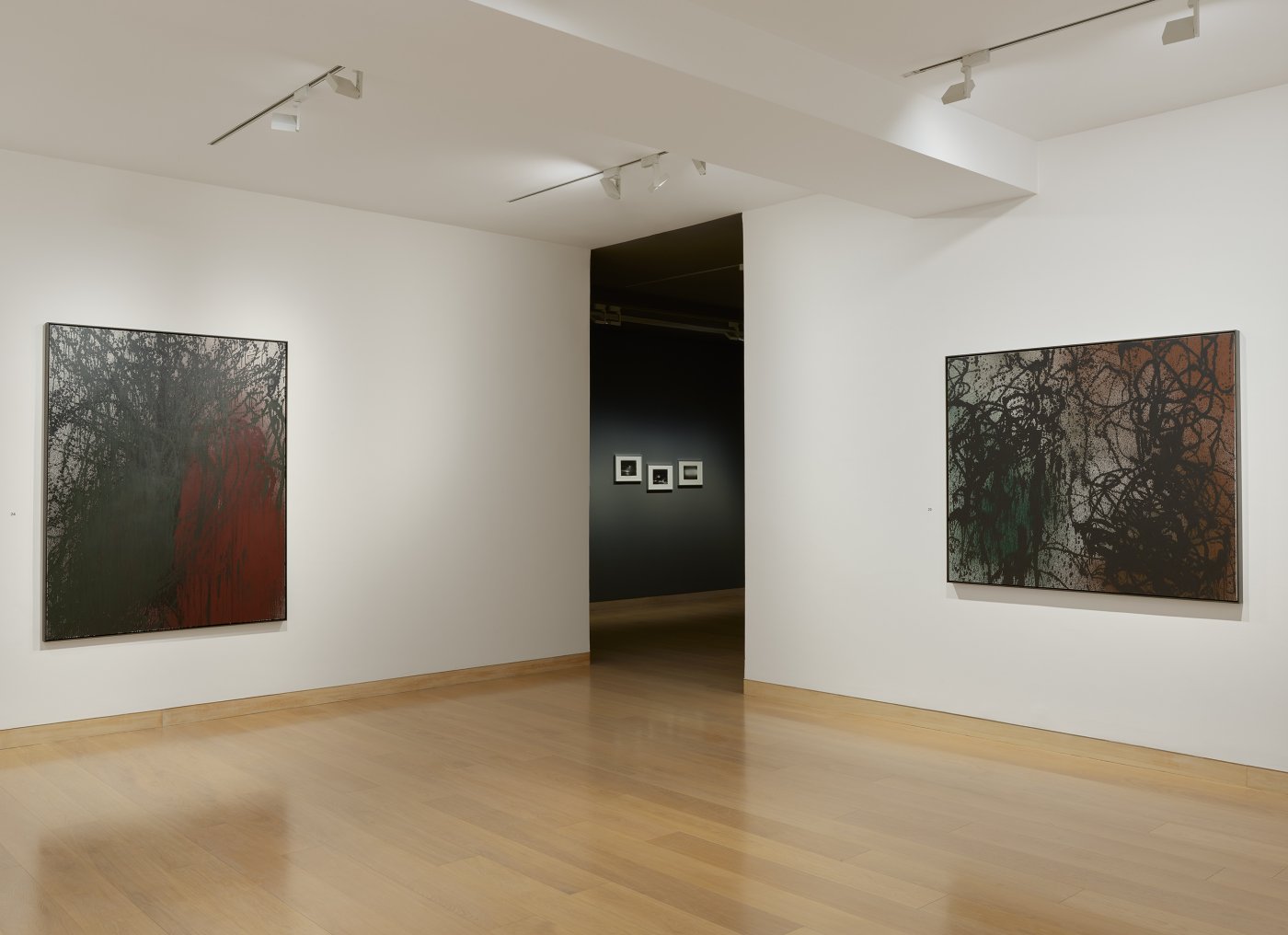 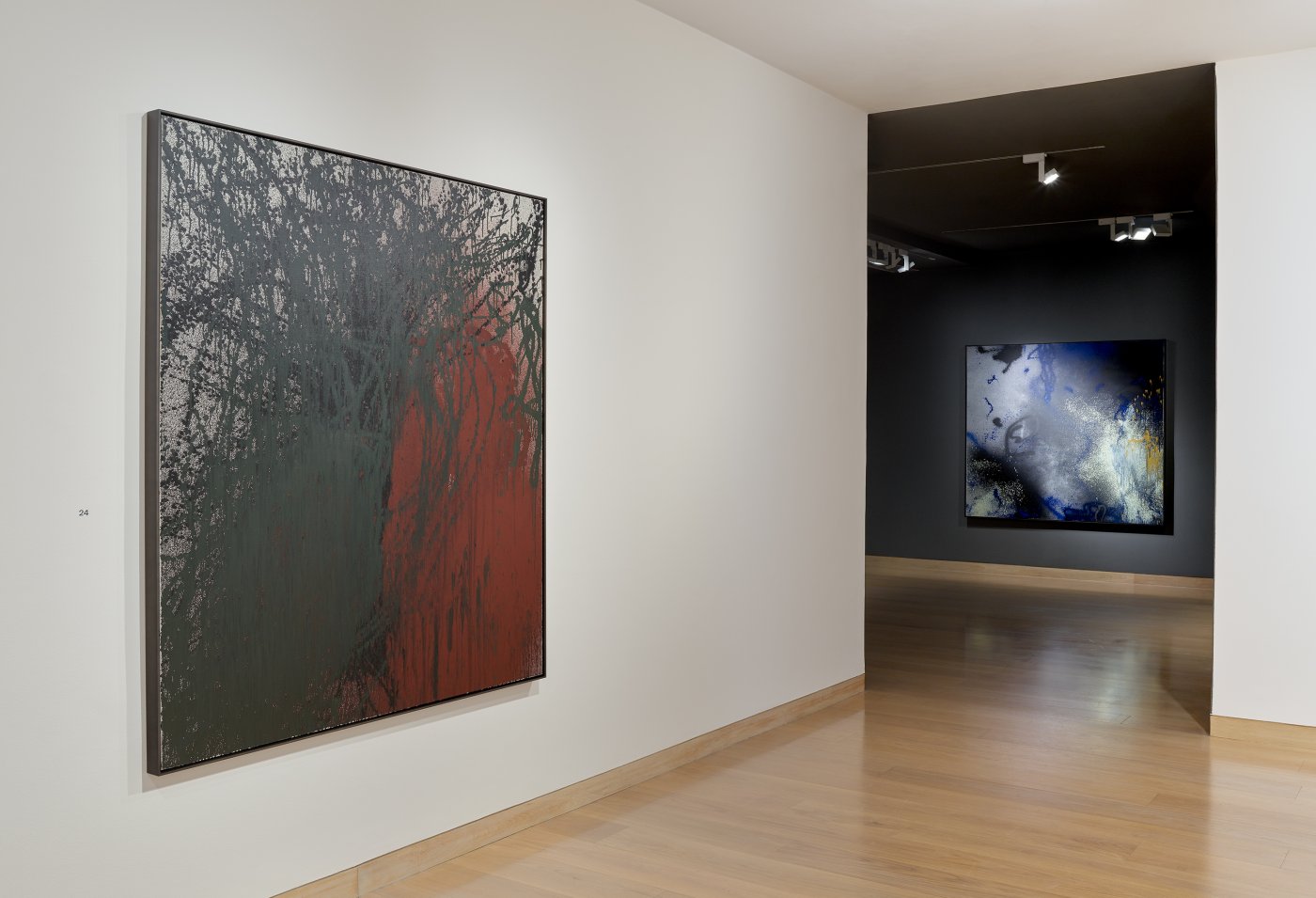 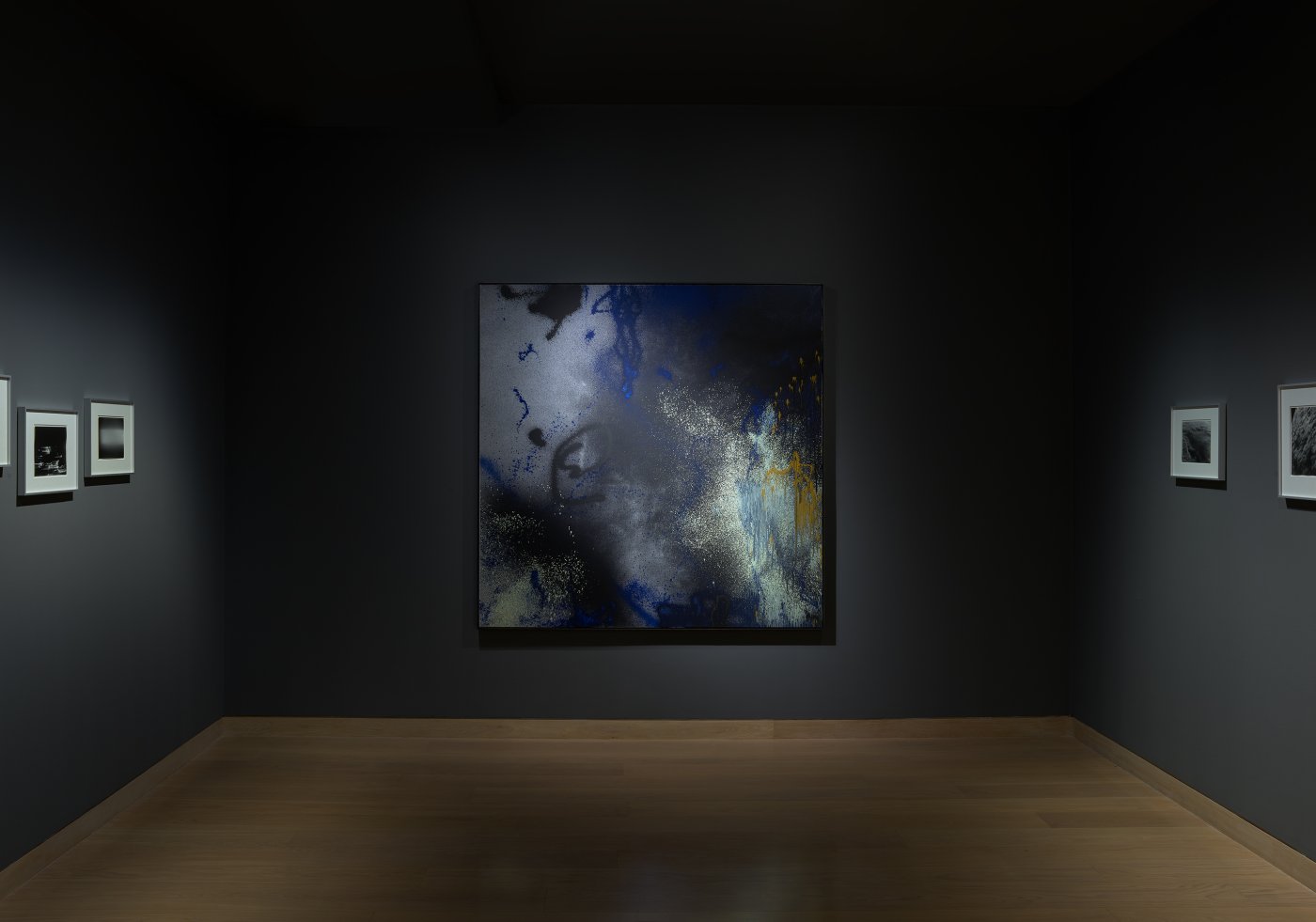 Today, approximately 30,000 photographic negatives are held by the Foundation, with those the artist printed organised chronologically and thematically in numerous albums, demonstrating the tremendous value he ascribed them. Nevertheless Hartung’s photographs – a vital yet rarely explored aspect of his practice – have never before been exhibited in London; this will be the first time that some have been publicly exhibited.

Shown alongside paintings spanning four decades – including masterpieces from the 1940s to the hazy, sulfateuse canvases of the 1980s – Hartung’s photographs show how his approach to abstraction was rooted in an external, lived reality of the world, in contrast to the internal concerns of the self that occupied many painters working at that time.

A childhood fascination with light and lightning, which Hartung drew obsessively and later photographed, gave Hartung the moniker ‘the painter of lightning’, and he later described “I am sure that those childish bolts influenced my artistic development, the way I paint. They gave me the sense of speed in drawing a line, the desire to capture the instant with a pencil or brush”. As a child, Hartung turned his father’s cigar boxes into pinhole cameras and even invented a telescope with a camera embedded to photograph the moon.

The subsequent availability of the lightweight, portable camera allowed Hartung to keep one of two different devices – a Minox and a Leica – about him at all times. Using these intensively, Hartung described his photographs as ‘a second memory’; during a trip to Norway with his wife, the artist Anna-Eva Bergman, he took more than 1,000 pictures of their journey beyond the North Cape.

In his continuous search for abstraction, Hartung looked anew at the world and photographed everything in his locale, rejecting artificial distinctions of beauty to trace and memorise textures of the everyday. His photographs find linear patterns in jet trails crossing the Antibes sky and in speeding lights captured with a long exposure; they discover calligraphic shapes in intertwined branches and the reflections of his swimming pool; they enhance the black shadows of the centuries-old olives on his Antibes property, and show that the granular textures of stones and sand echo grainy images of clouds and sky.

These abstract patterns of light and shadow reverberate through Hartung’s oeuvre. In 1932, Hartung began to scratch and paint striations directly onto his negatives, an experiment that evolved into his layered compositions with calligraphic motifs of the 1940s and 1950s. Continuing his love of innovation, towards the 1960s Hartung started to invent painting tools to trace and mimic the light effects and textures captured by his photographs: sharp instruments scratch into paint to reveal other colours beneath – an echo of his lightning bolts – while comb-like implements and found items like olive tree branches provide striations and texture. For the hazy sulfateuse paintings of the 1980s, Hartung used spray guns to create paint effects that mimic both grainy stones and the atmospheric quality of light and sky. Drawn from encounters with light and slices of the real world, these majestic paintings oscillate between the concrete and the abstract. Produced quickly and at arm’s length they parallel photography’s speed and distance: spontaneous and instinctive, both practices similarly experiment with pattern and light.

While exhibitions in France, Germany and the United States have explored the interconnected nature of Hartung’s photographs and paintings, the subject is yet to reach UK audiences. This new exhibition, Hans Hartung: Painter, Photographer uncovers how both disciplines were tools that Hartung used to reveal his singular vision of the world and continuous search for visual abstraction within it.