Haroon Mirza: For A Dyson Sphere

Haroon Mirza: For A Dyson Sphere

“There are so many contradictions to the technological pursuit of sustainable energy. The irony of the Dyson Sphere is that if we want to advance as a civilization to the point where we could truly harness the power of the sun, we would end up blocking out our own natural light and heat, consuming much of our natural resources and have to start colonizing other planets in the process.” 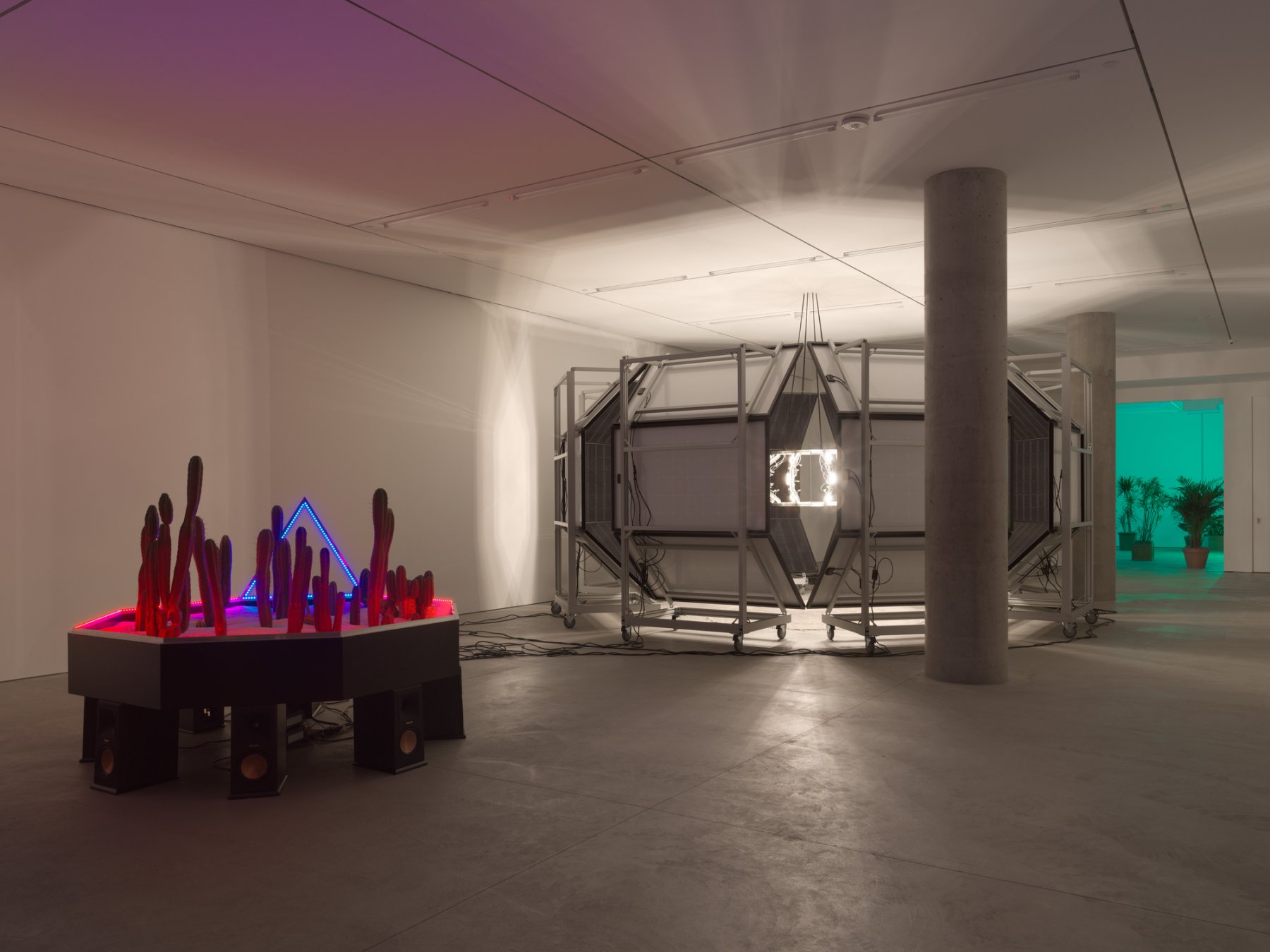 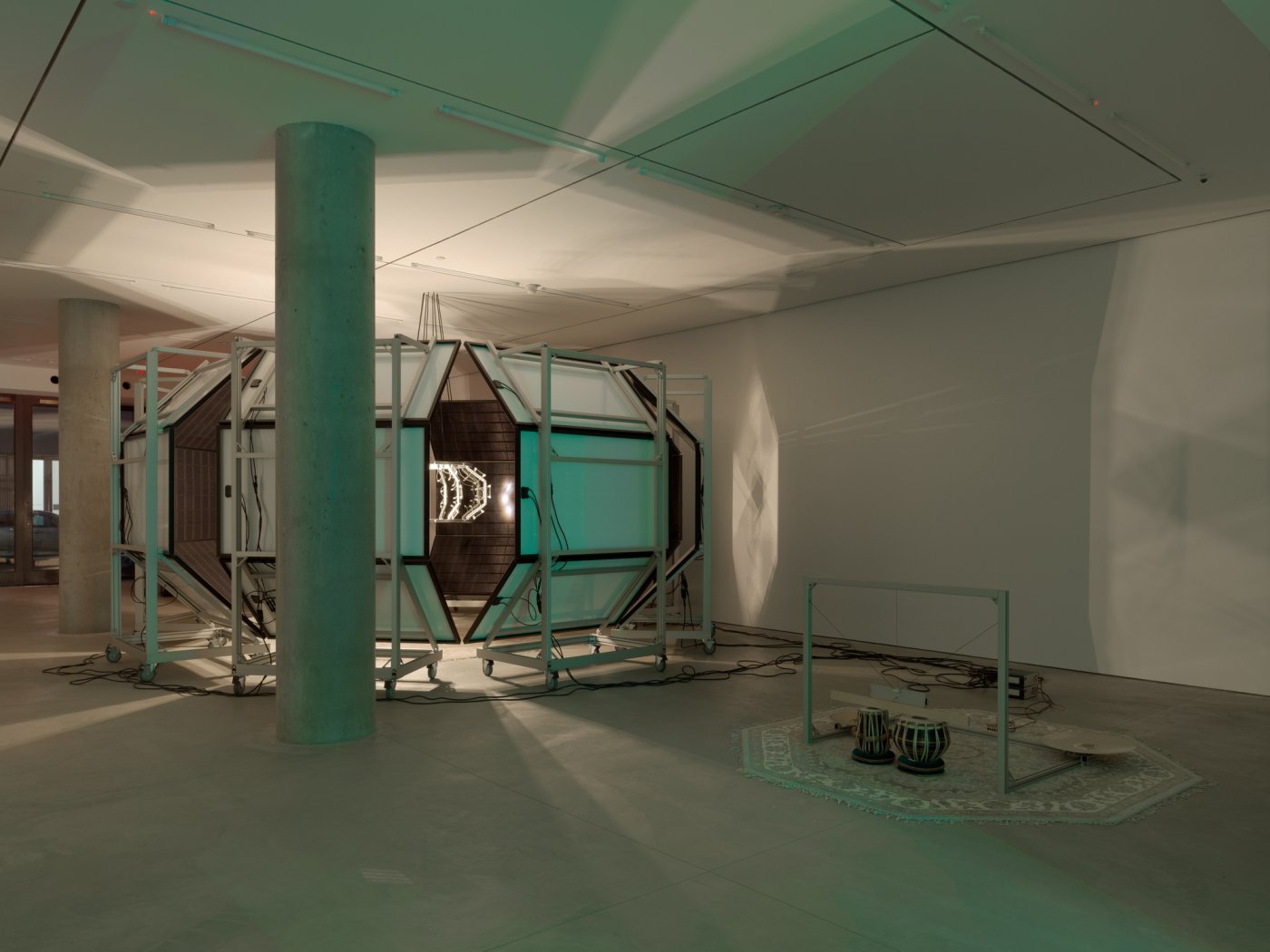 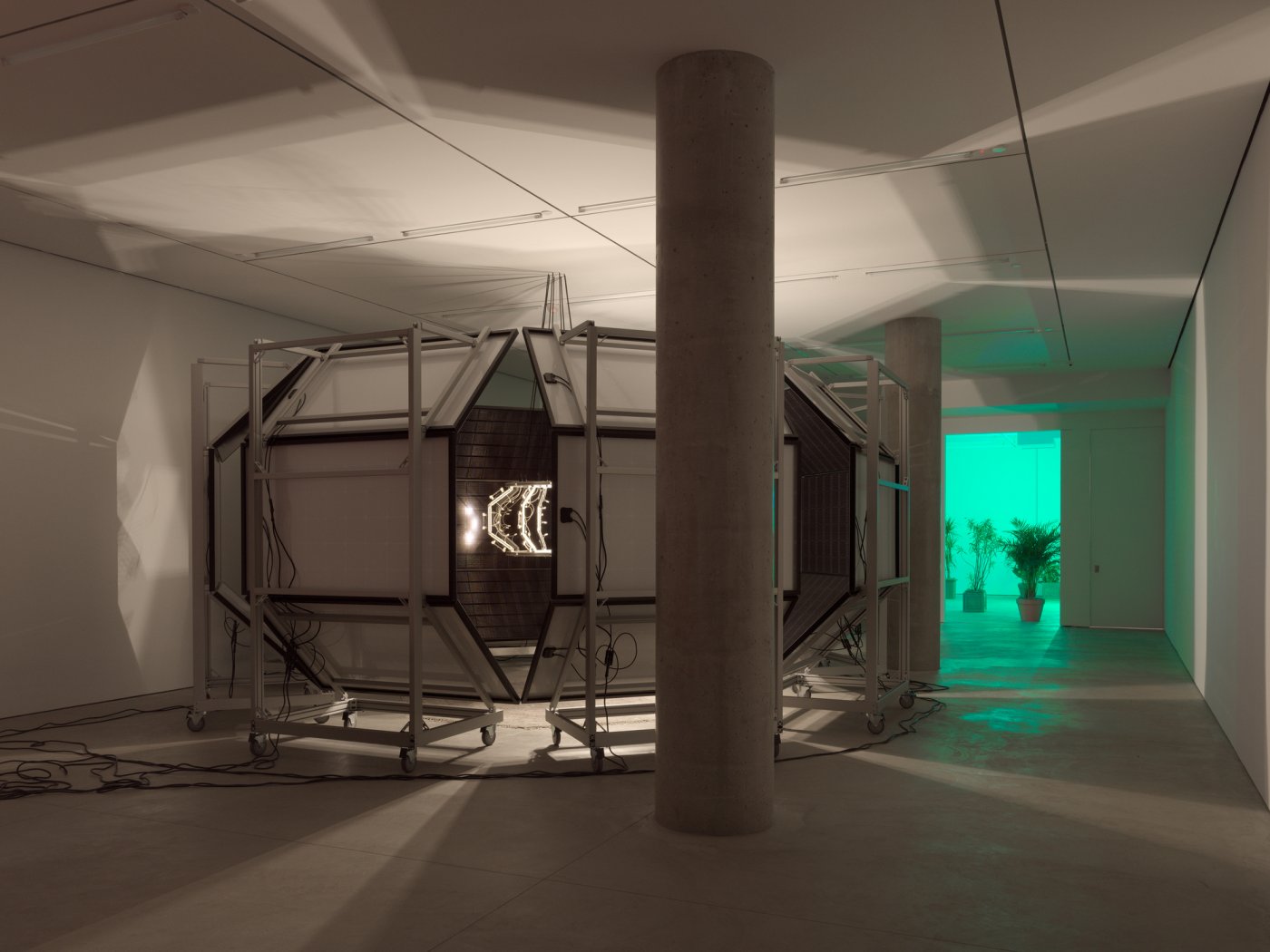 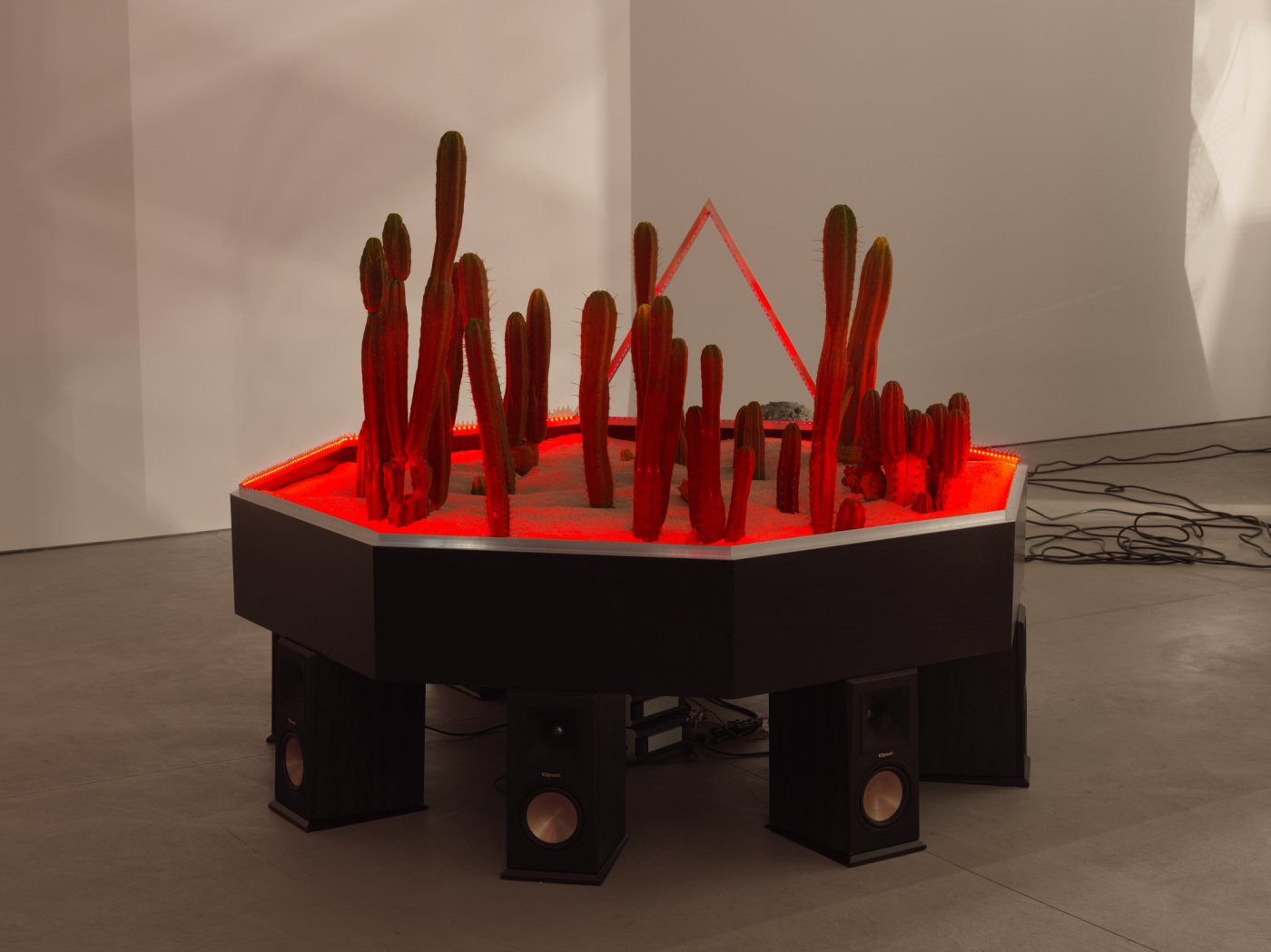 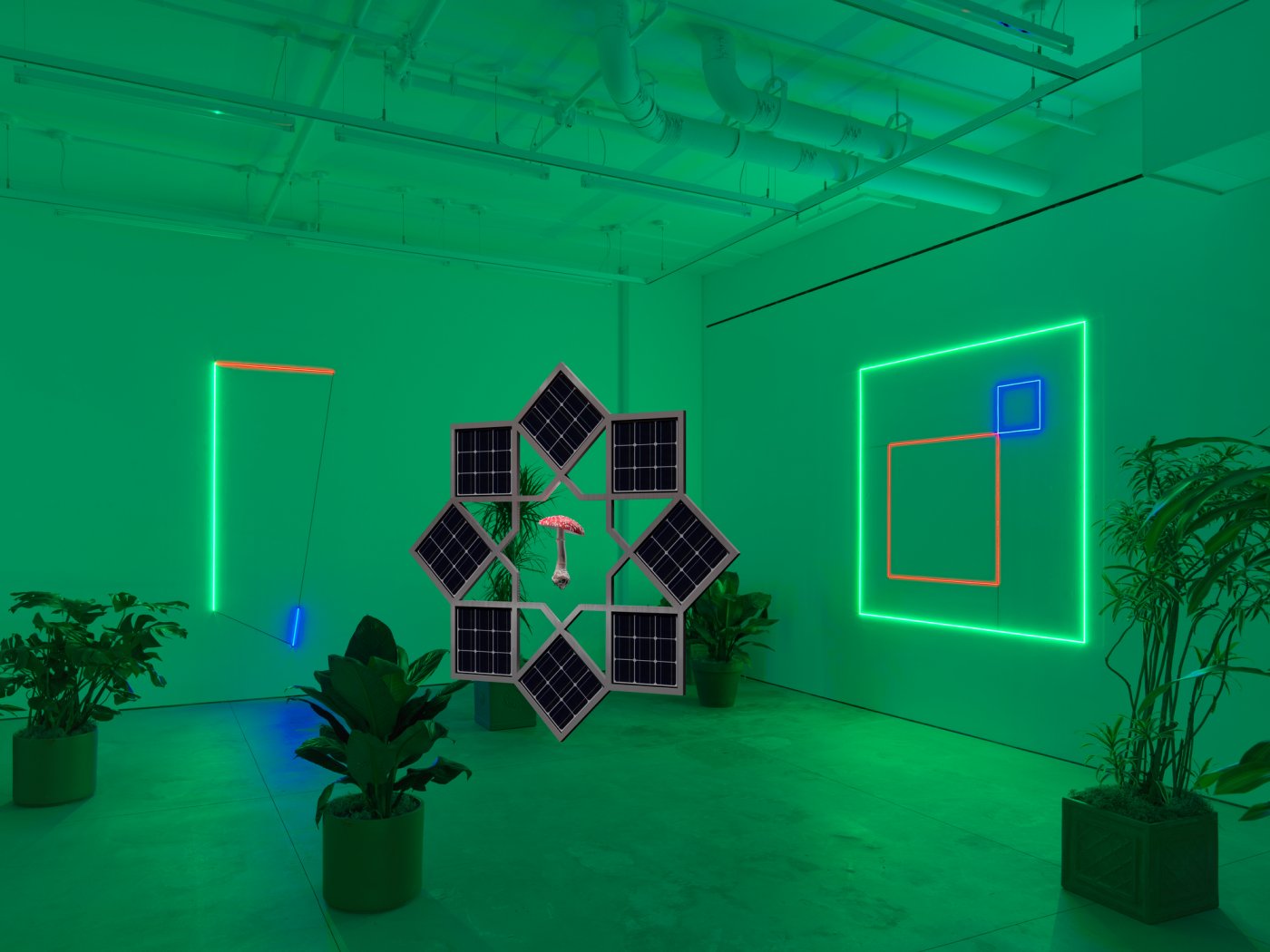 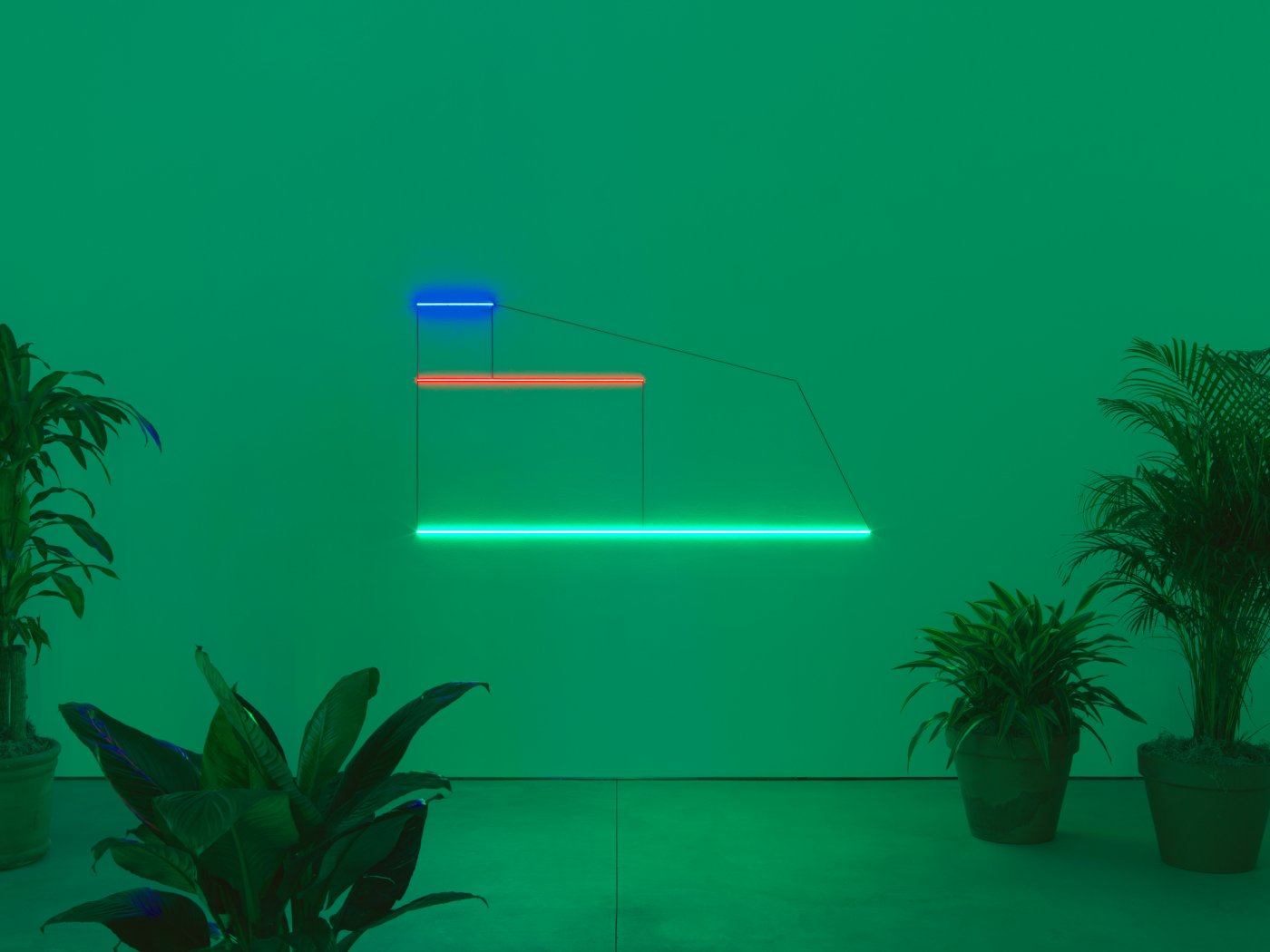 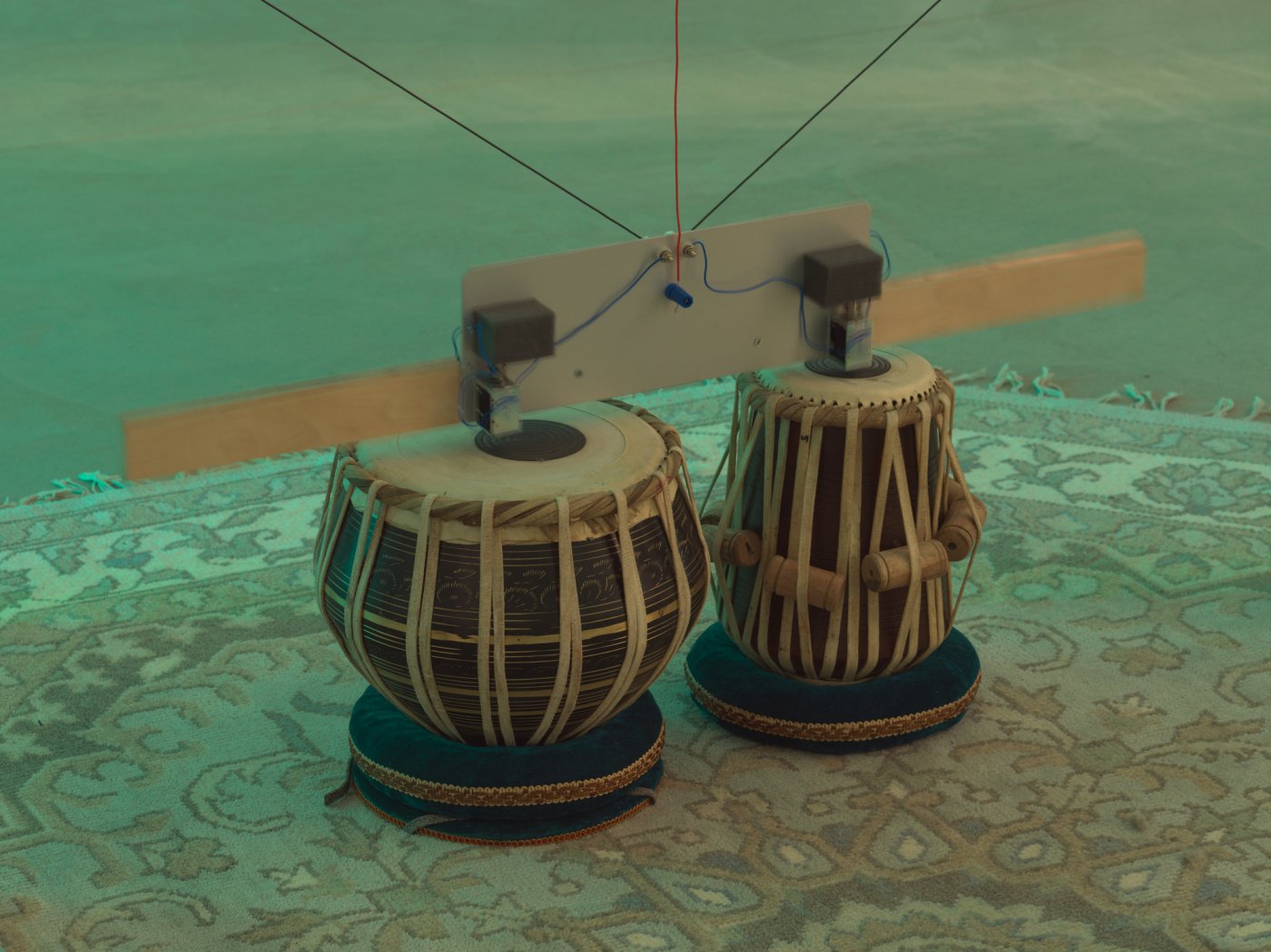 Haroon Mirza is known for creating self-powering and autonomous works of art, employing electrical signals, sound, photovoltaic panels and complex circuitry or systems of exchange that result in dynamic, audio-visual events. For his latest major project, Dyson Sphere, which will premiere in UTOPIA, the 6th edition of lille3000, Mirza experiments with the notion that humans might one day be able to encompass a star with a swarm of electric panels in order to exploit and gather its enormous reserves of solar power. In his exhibition at Lisson New York, For a Dyson Sphere, an iteration of this hypothesis, Mirza researches concepts of sustainability, viability and ecology at its core, for the survival of the human race. The London-based artist’s second solo exhibition in New York features a proposal to surround our sun with an orbital, energy-capture device that first appeared in a little-known British science fiction novel by Olaf Stapledon in 1937, entitled Starmaker. The proposition was popularized and given its name by English-American physicist Freeman Dyson in 1960.

Haroon Mirza’s earthbound version of this hypothetical megastructure inhabits Lisson Gallery New York, centred on a blindingly brilliant tungsten light, encased within a carapace of photovoltaic panels. With each rotation of the bright bulbs, Mirza is giving light to this new technological dawn and through a series of cables the wattage produced flows around the space, powering a symphonic ecosystem created by the artist.

Through the planning of this exhibition Mirza explored the contradictions in the technological pursuit of sustainable energy. The question of whether such a radical proposal as the Dyson Sphere would ever be truly ecologically viable – even if colonizing and mining other planets could be avoided – is put into question by the paradoxical reality of attempting to envelop and harvest the life-giving energy of an extra-terrestrial body, before reserving and limiting our increasingly finite local resources.

Mirza first used solar panels for an ambitious installation throughout Le Corbusier’s famous Villa Savoye in Paris, titled Light Hours in 2014. They were initially used to circumvent the lack of power he encountered in the carefully conserved interiors. As was the case in Light Hours, a galaxy of subsidiary works in For A Dyson Sphere surround and receive sustenance from the central power source, their individual LEDs flickering into life or sonic bursts resonating as the light strikes each corresponding solar panel. The other energy-hungry ecosystems in this mini planetarium incorporate plant life – including species of hallucinogenic succulents and fungi, disconnected from their mycological network in the outside work – again exploring whether any attempts to power our inexorable progress will ultimately be to the benefit or detriment of the natural world.