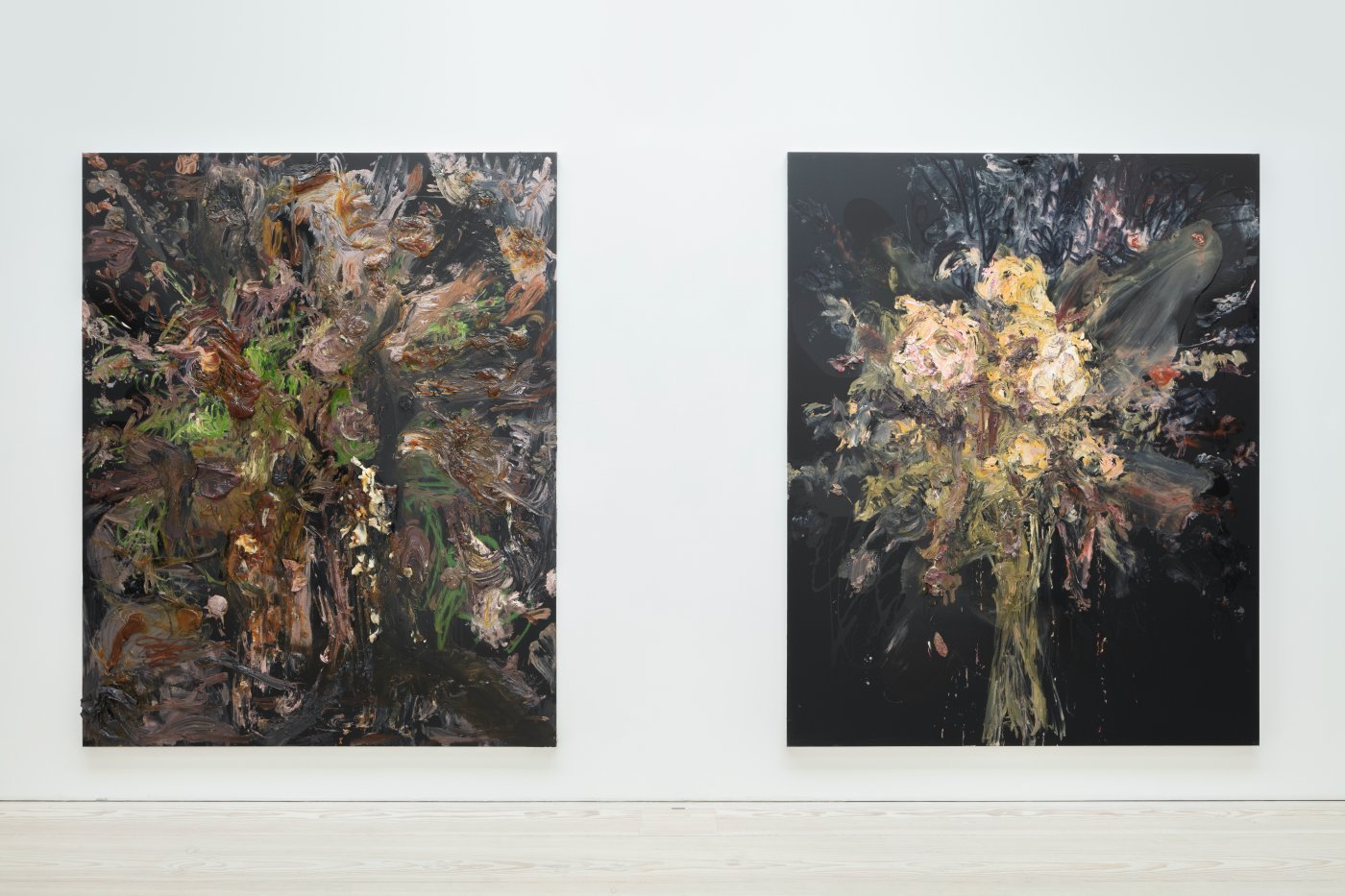 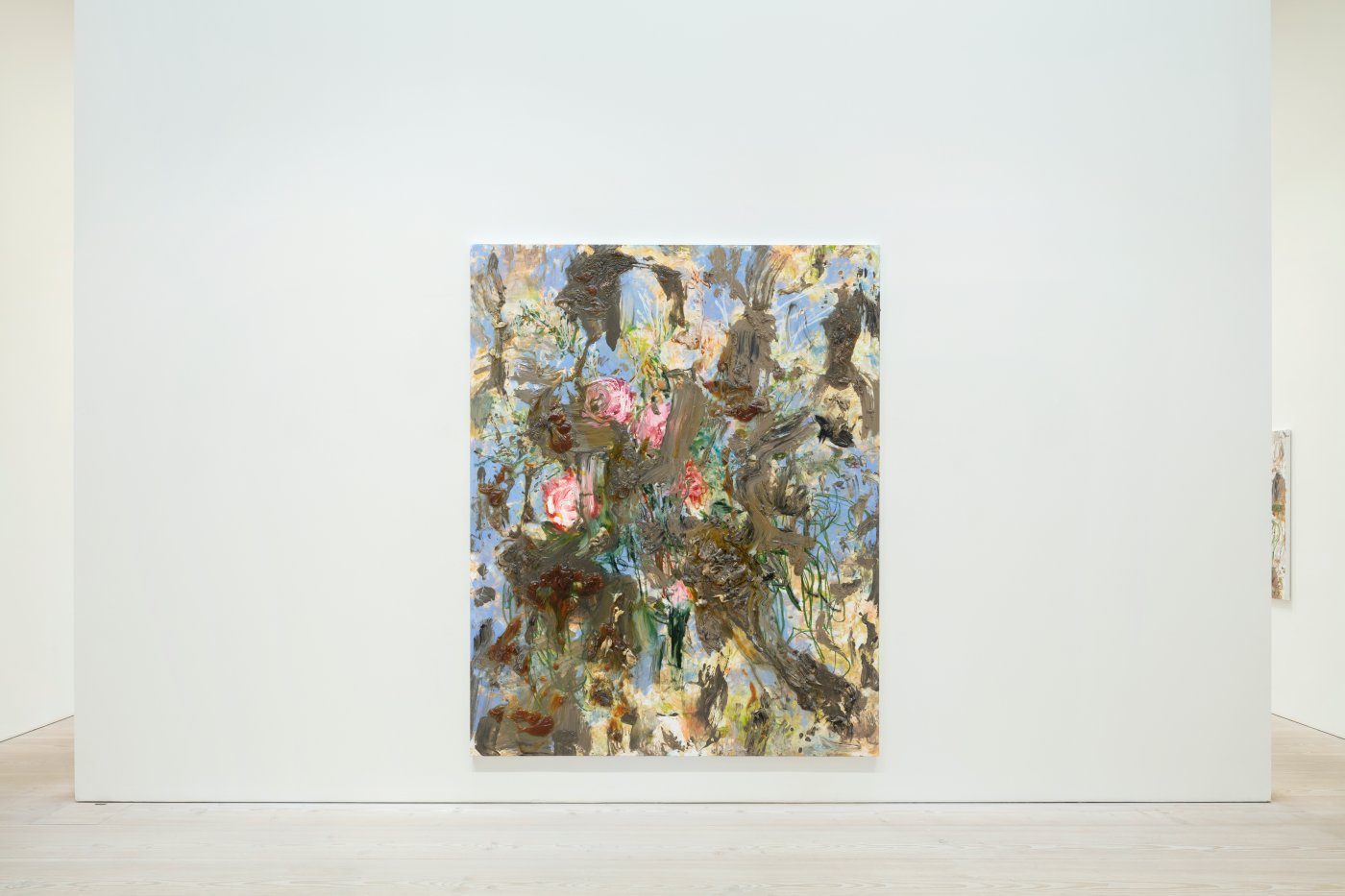 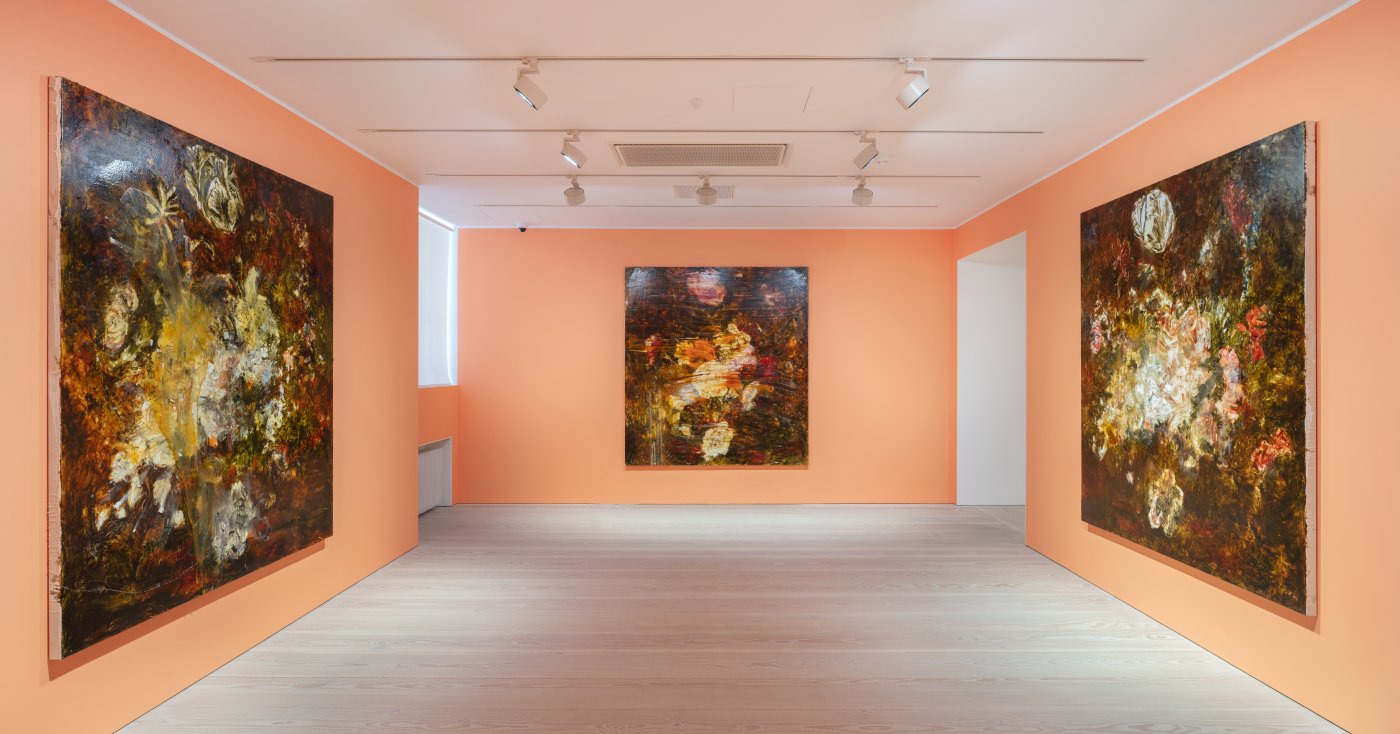 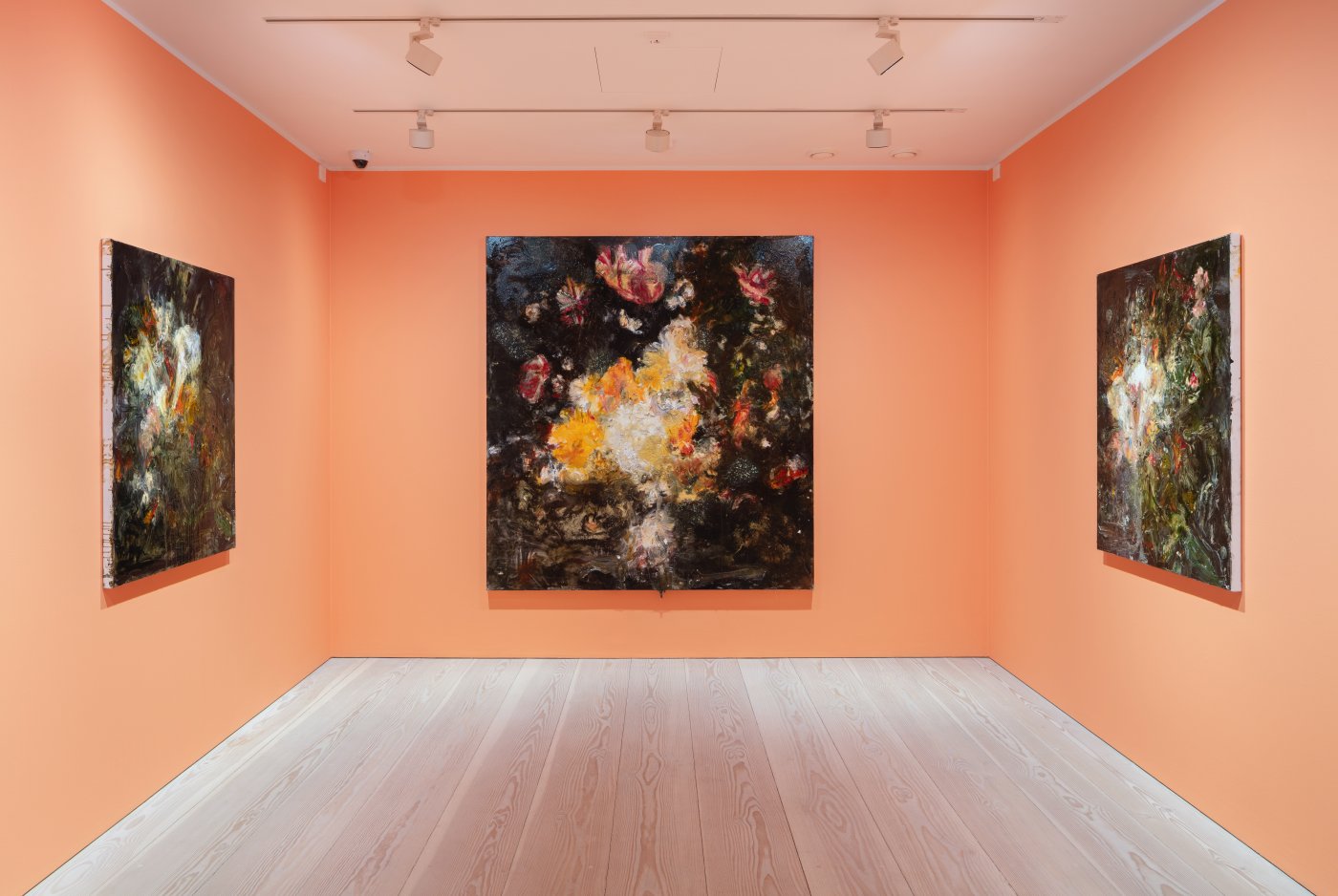 This year marks the 30-year career anniversary of Heikki Marila (b. 1966), who ranks among Finland’s leading contemporary artists. It is only fitting, then, that he should celebrate his jubilee by revisiting a theme that has figured prominently in his oeuvre: floral motifs. Marila painted his first floral compositions over a decade ago, and it was for these early floral pieces that he received the coveted Carnegie Award. His early paintings drew inspiration from the extravagant opulence of the 17th century Dutch still life genre, and the same can be said of his recent paintings, too, although they reflect not only on history but also comment on contemporary society. While adhering to the same genre, Marila has revitalized his technique in a way that invites wholly fresh interpretations.

The exhibition consists of two distinct series of works that are presented separately in the gallery space: Miasma II and Still life After Rachel Ruysch. The earlier Miasma series depicts bouquets that Marila has dried or intentionally allowed to decompose in his home or studio. The paintings not only meditate on the artist’s personal history but also comment on the chaos of the current age. The title, meaning ‘poisonous vapor’, seemed an apt word to describe the toxic age we are living in today. Marila’s new paintings mark an attempt to paint away the contagious foul odor that contaminates our contemporary reality. The artist’s intensely expressive style of painting heightens the emotive impact of the content.

The second series of paintings is based on floral compositions by the still life painter Rachel Ruysch (1664–1751). Marila’s versions are not direct reproductions; they merely echo certain details found in Ruysch’s work. The entire series consists of variations of the same painting, each one distinguishable from the next only by studying certain subtle details. Marila has employed a similar serial approach in his earlier still life compositions, but his latest works stand out in their lightness of touch and in the unprecedented translucency of the layering of paint.

Marila has exhibited widely around Finland, the Nordic countries and Europe. His works are found in numerous notable collections, including the Sara Hildén Art Museum, the Wäinö Aaltonen Museum of Art, Helsinki Art Museum HAM, the Jenny and Antti Wihuri Foundation Art Collection, and the Tia Collection in the USA.

Marila’s new show at Forsblom coincides with an exhibition at Laukko Manor casting a look back at his paintings from last decade inspired by old masters.

Courtesy of the artist and Galerie Forsblom, Helsinki