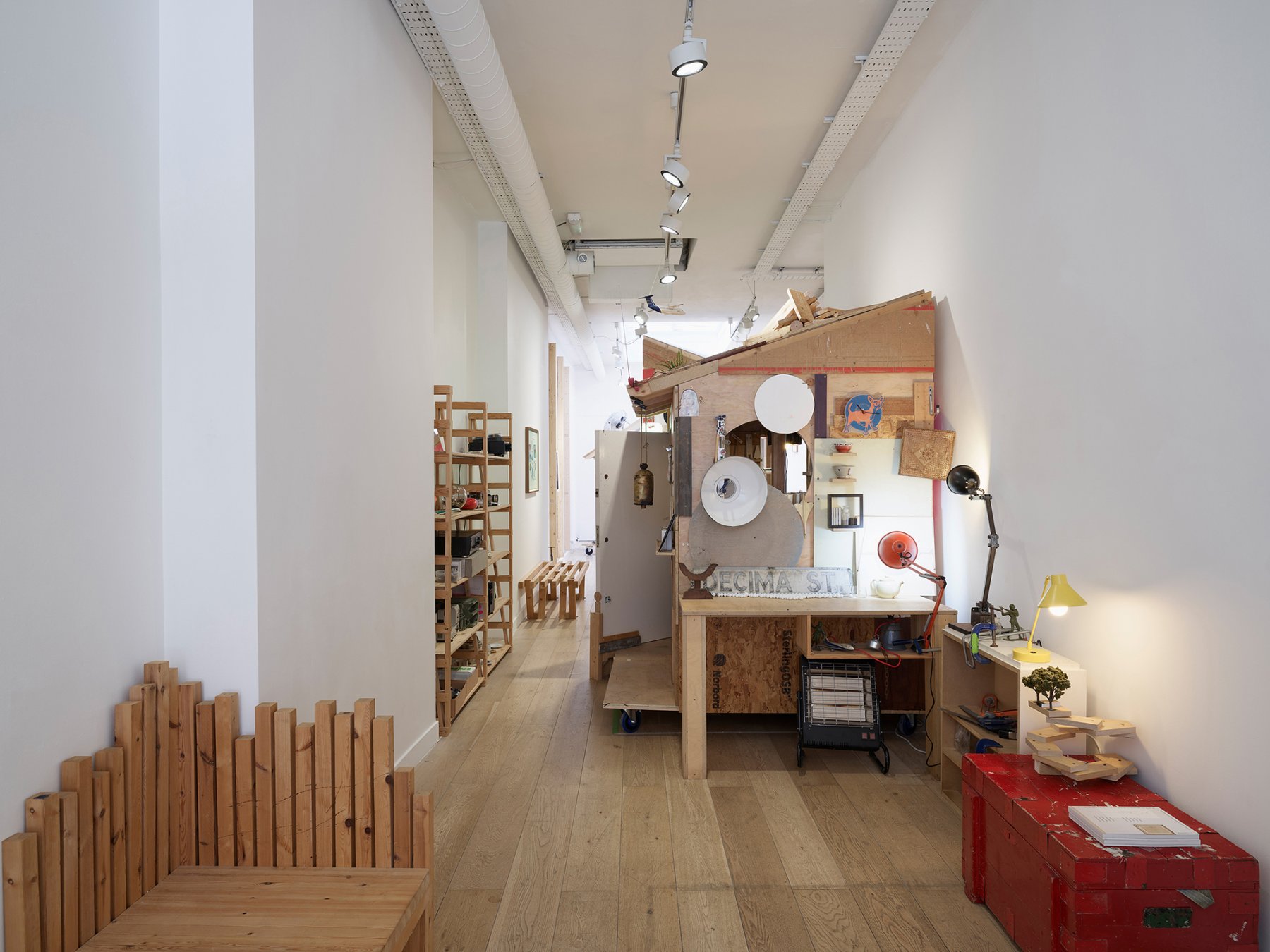 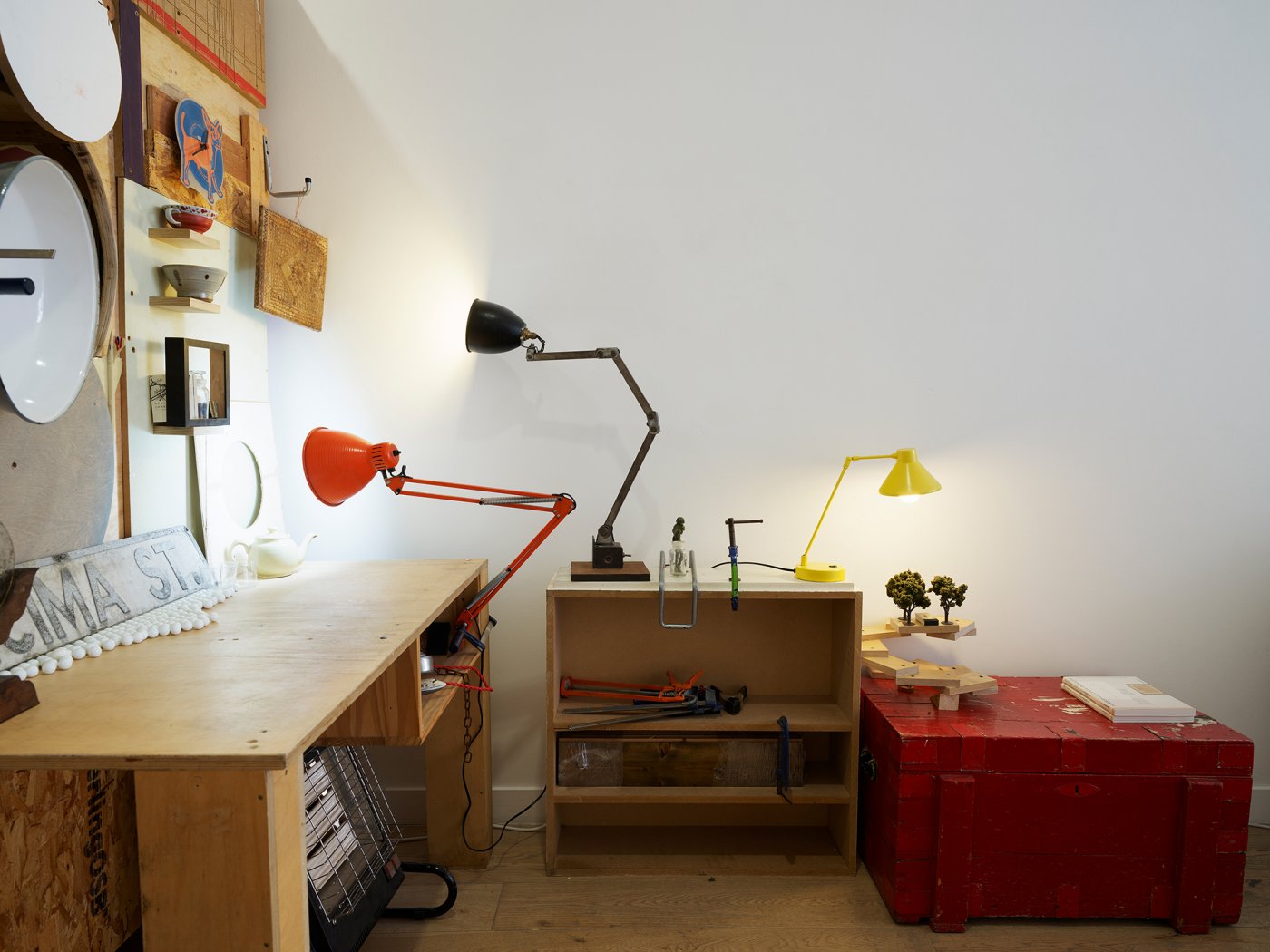 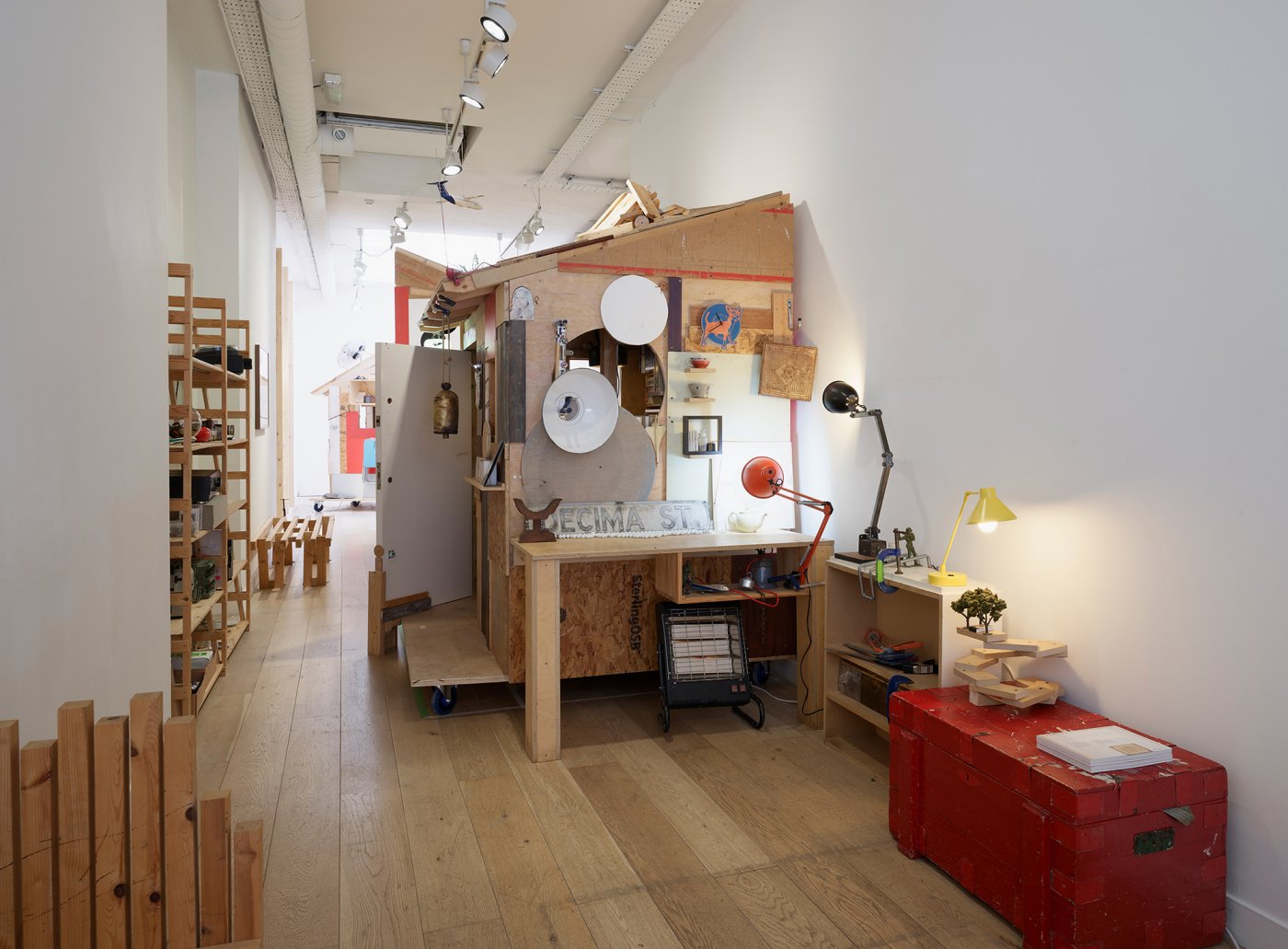 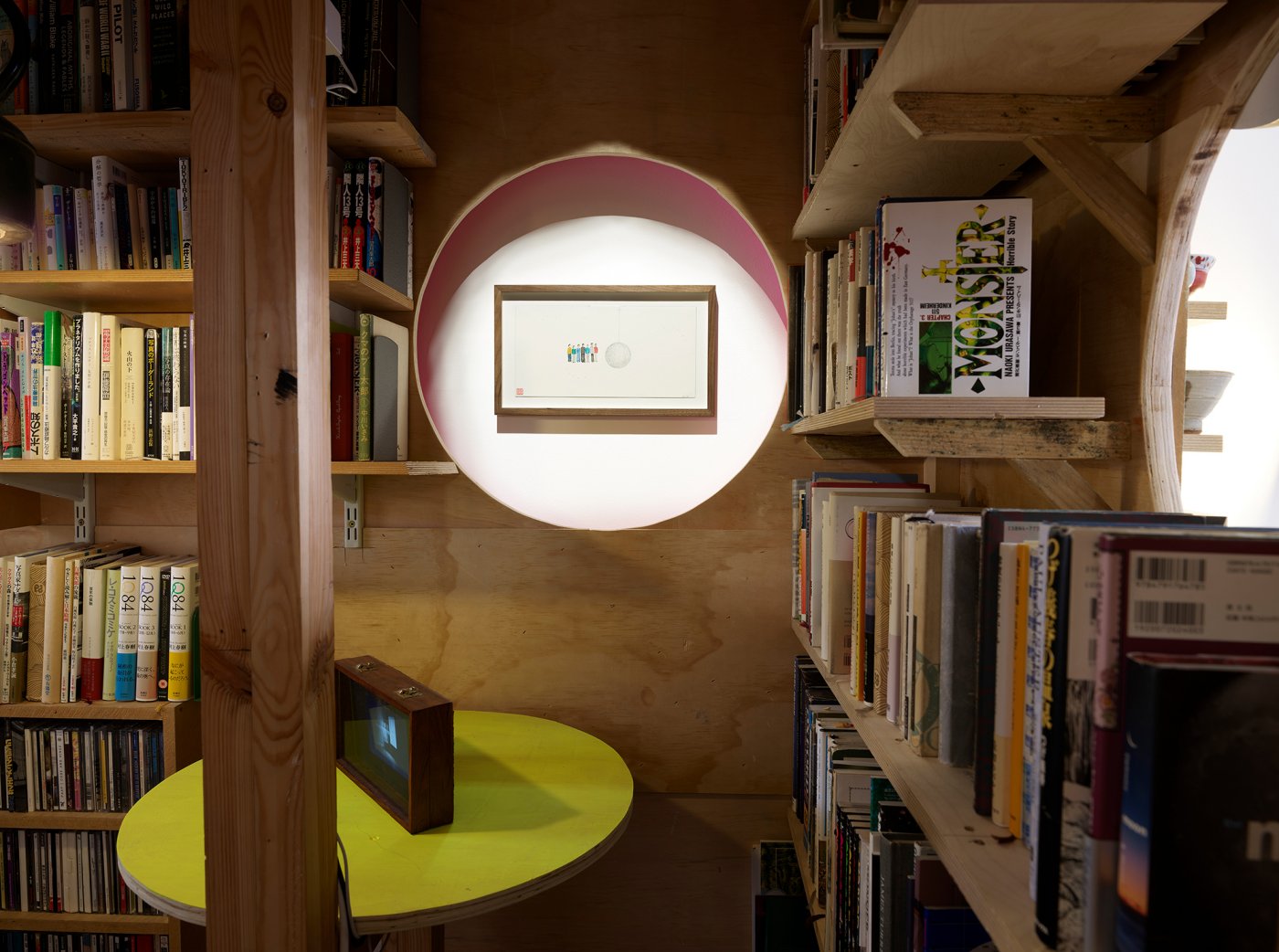 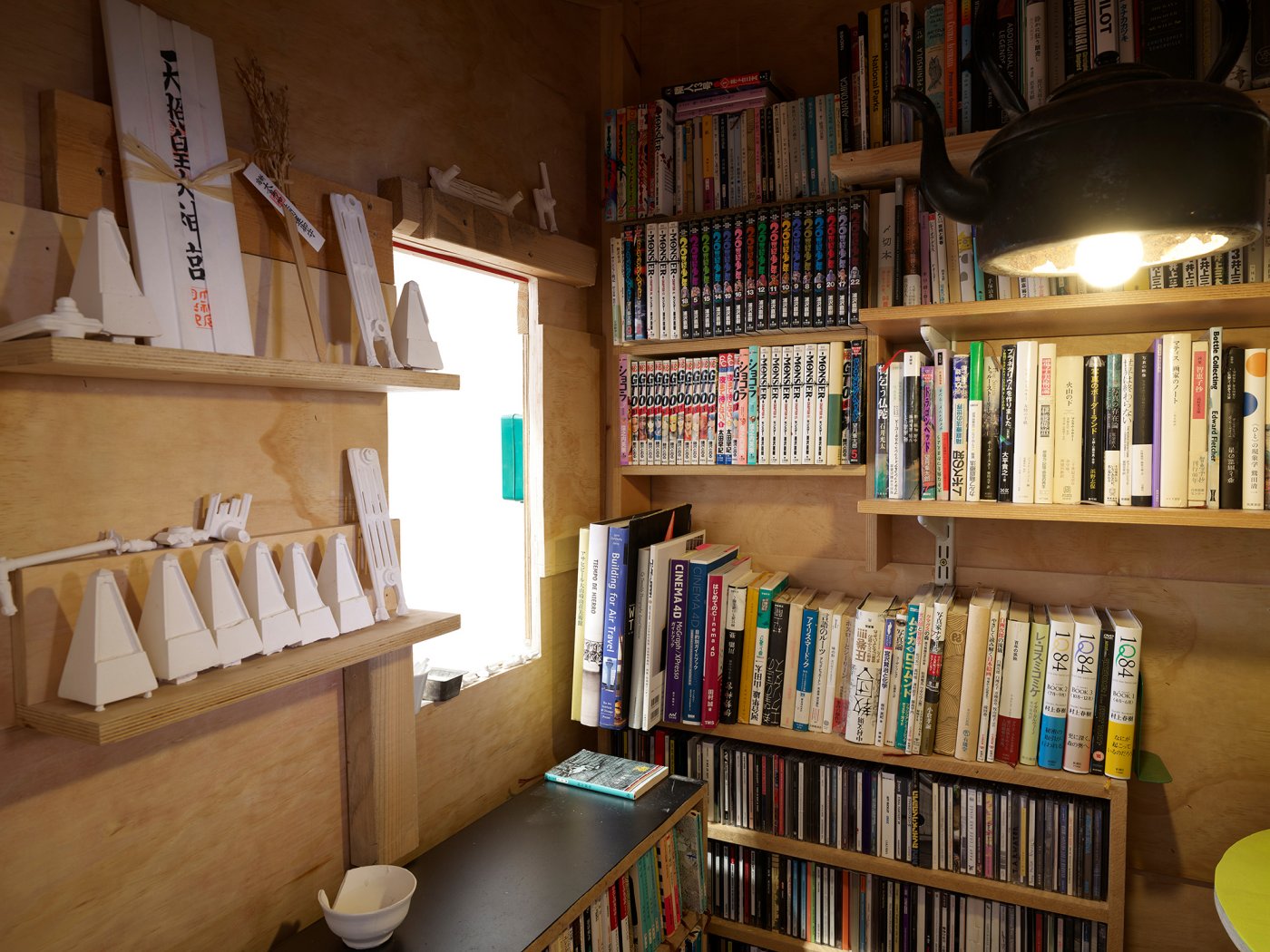 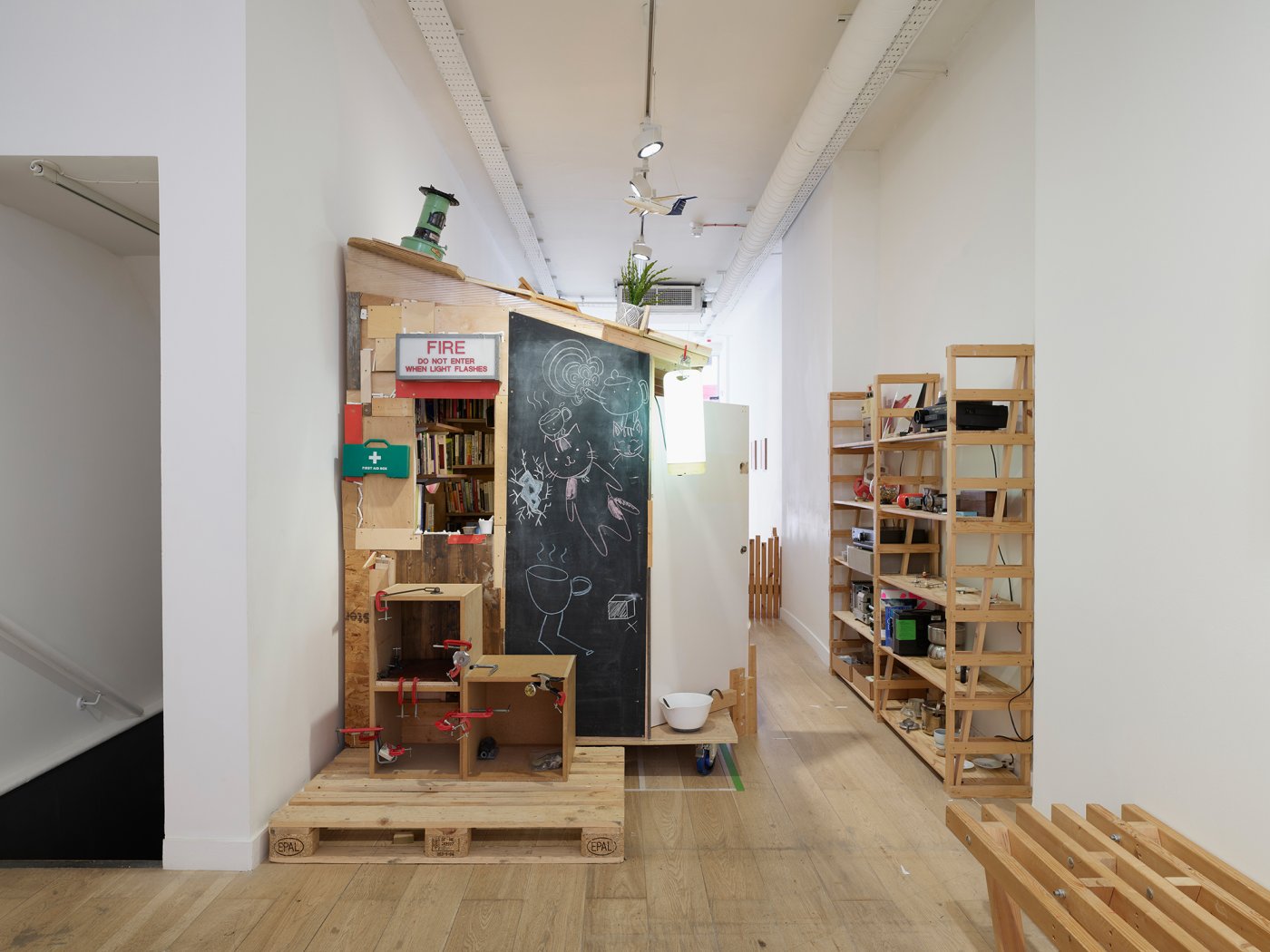 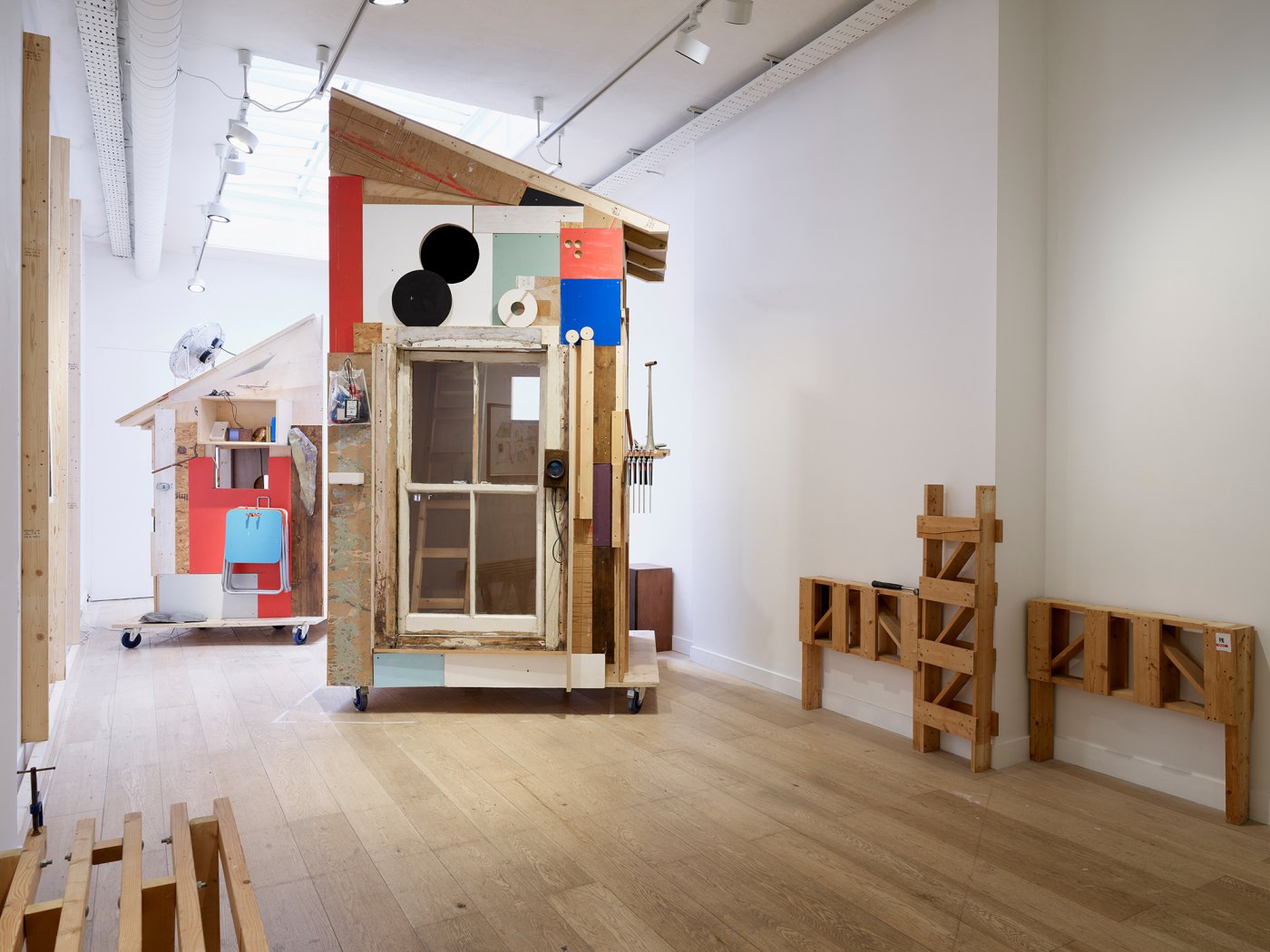 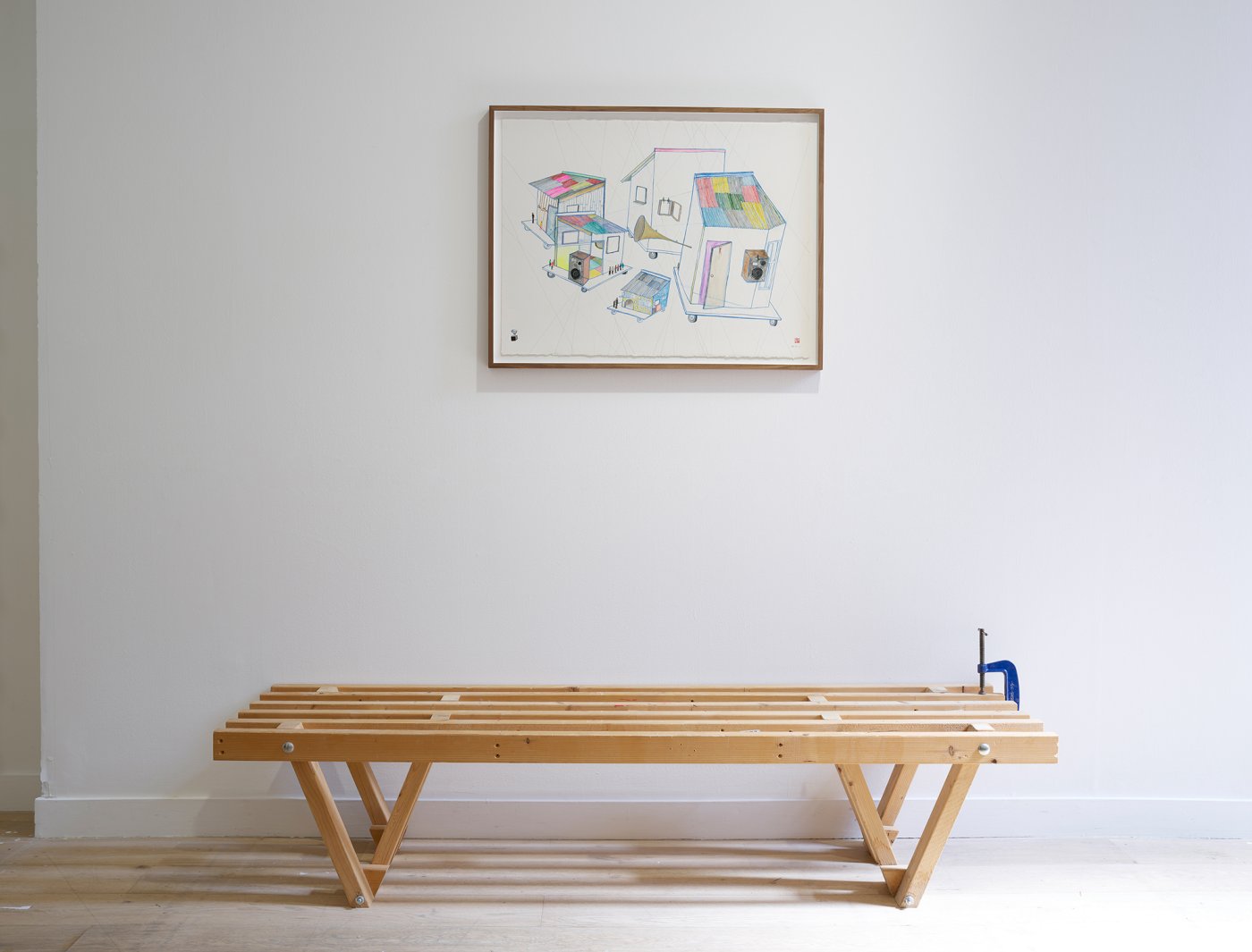 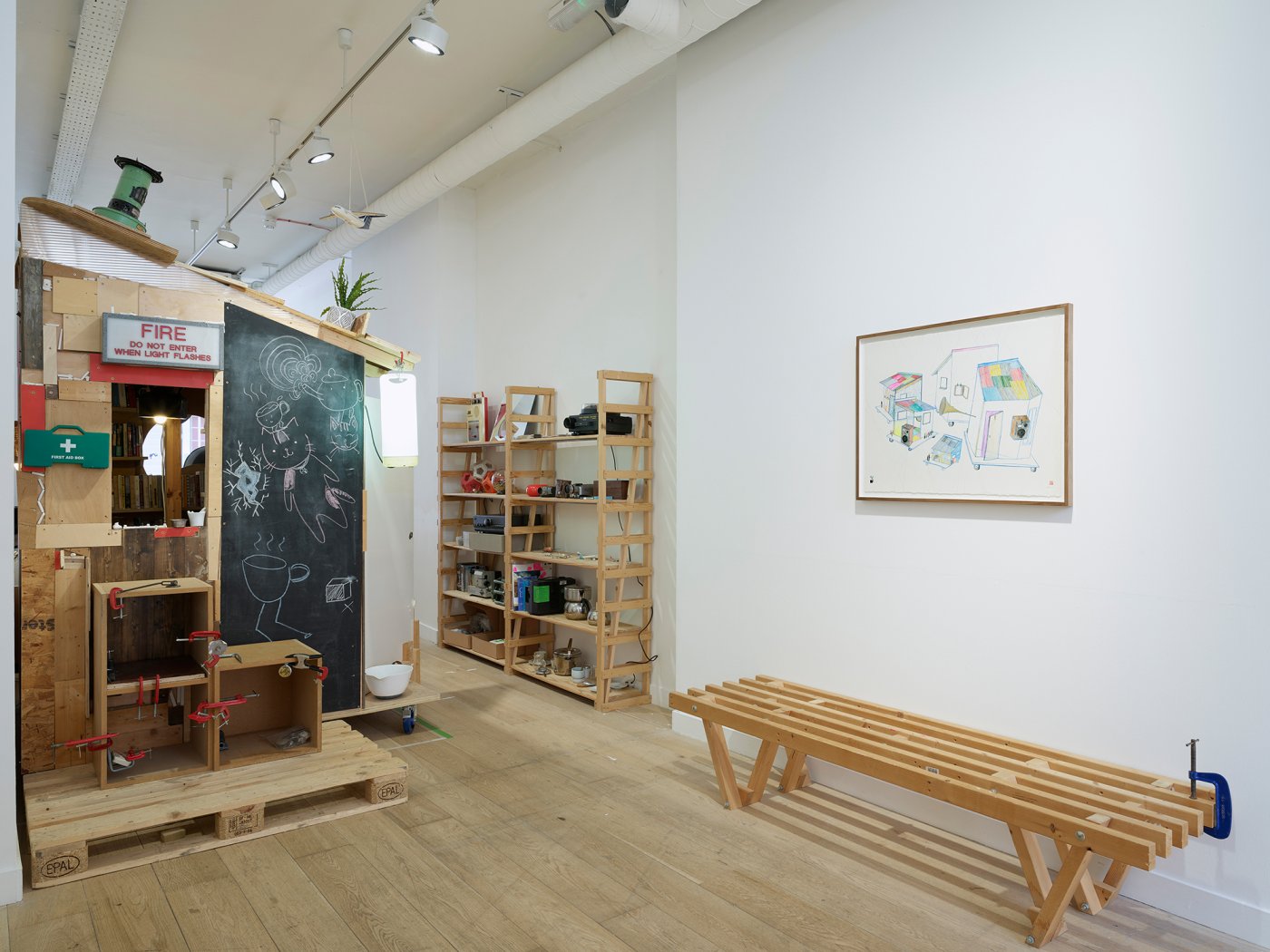 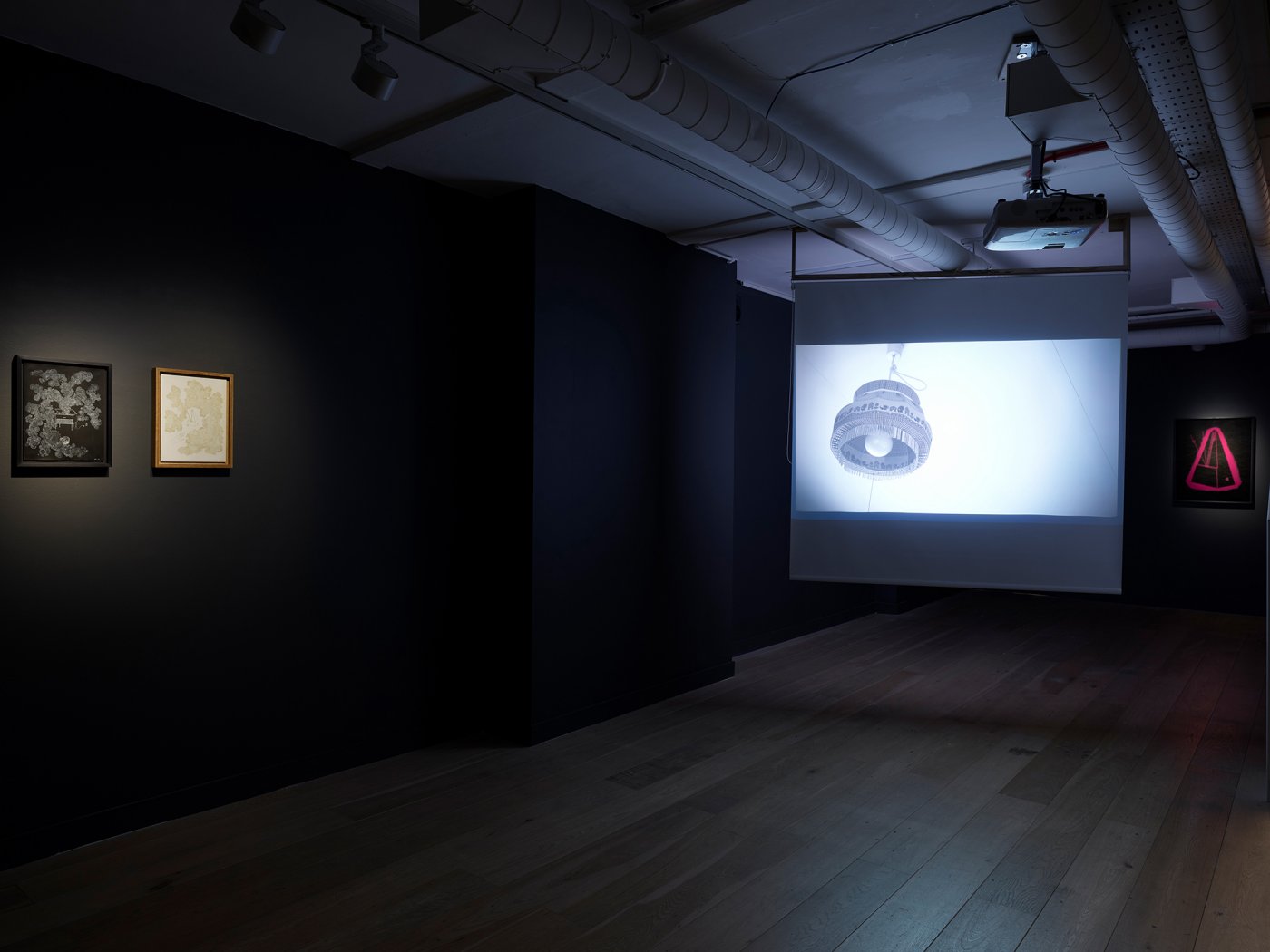 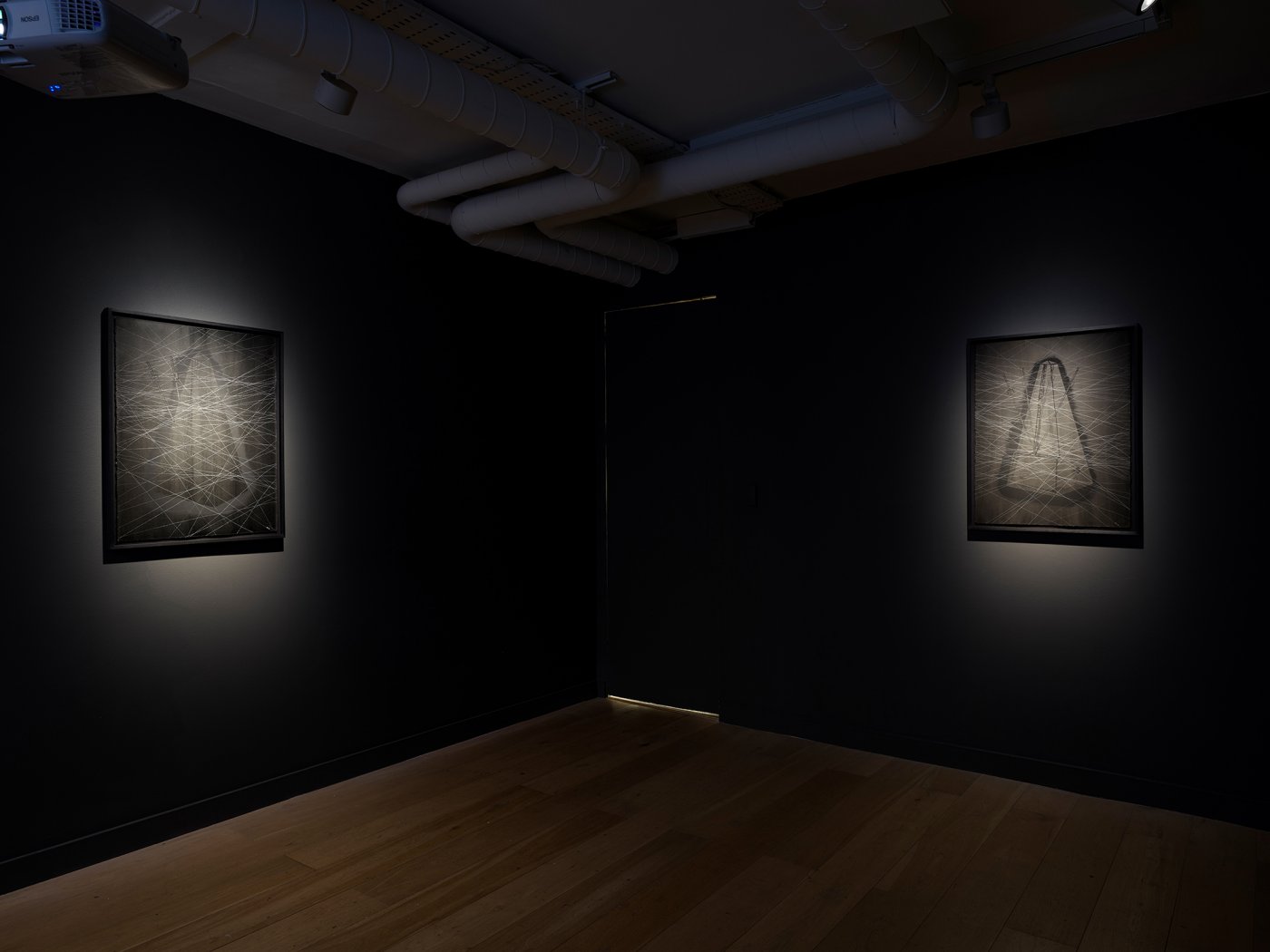 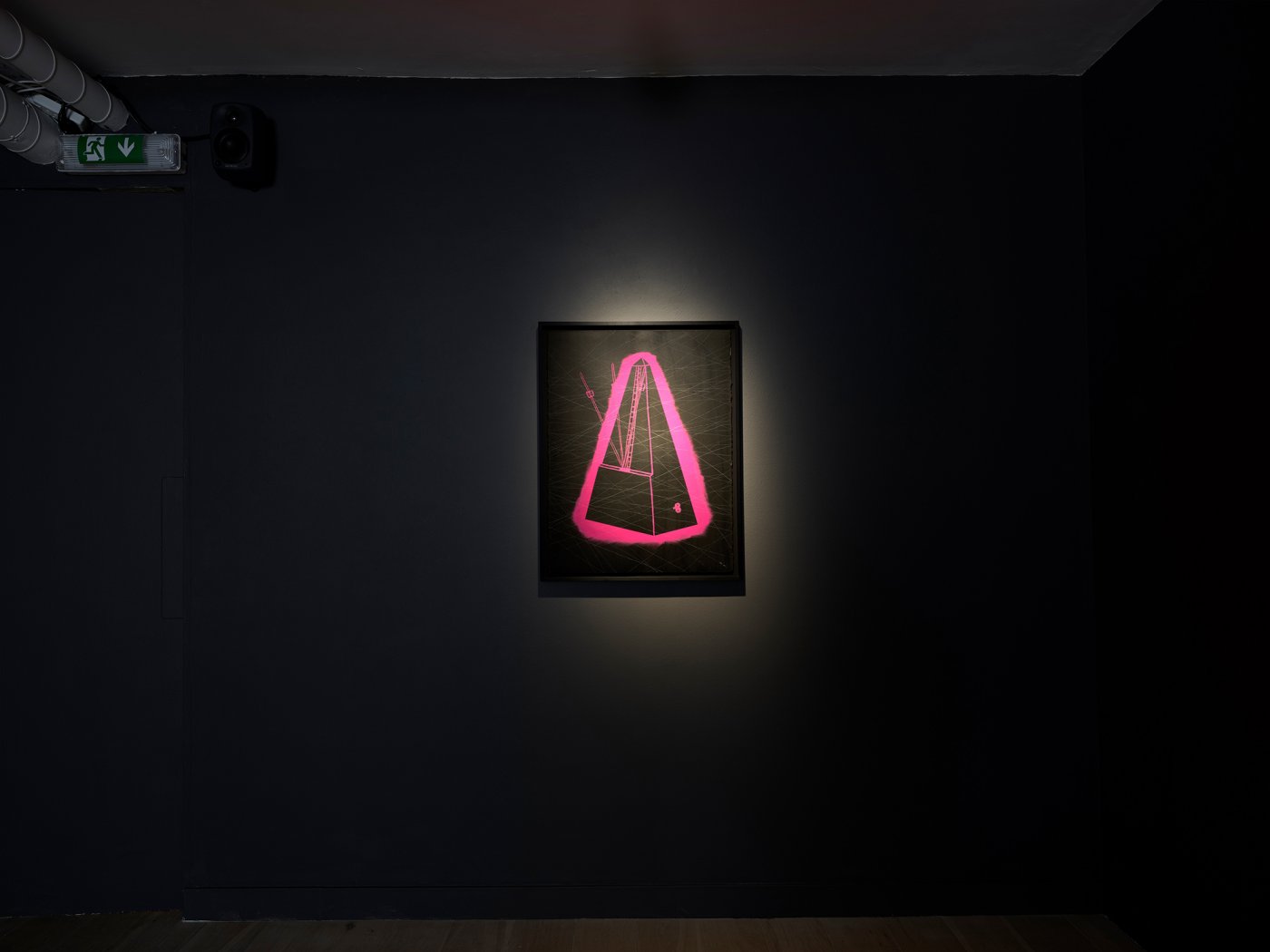 Sawa is known internationally for videos and installations that create powerful psychological situations by interweaving the domestic and the fantastic. Characterised by quietness and introspection, his works create compelling interior worlds and evoke themes of memory and displacement. Often presented in complex installations incorporating objects and drawings, Sawa’s works occupy a space that moves between the parallel languages of sculpture, film, drawing and choreography.

Sawa’s exhibition is informed by two recent events in his personal life that affected him profoundly. In 2017, Sawa’s parents left the house in Kanazawa where he grew up. In 2022, Sawa (along with artists friends and colleagues) was evicted from the studio complex in Ridley Road in East London, where he had worked for many years. Sawa’s response to these events has been to create a compelling body of work that suggests time, dislocation and loss. While Sawa works anoetically – eschewing the reading of cognitive meanings into his work – one can nonetheless also see in his works reflections of events such as the ongoing migrant crisis in Europe and the global pandemic.

Within his Ridley Road studio, Sawa had over many years constructed a kind of shed, a studio-within-a-studio, to provide a comfortable, warm and enclosed space within which to work on his animations. Salvaging and reusing the diverse materials from which the shed was built, Sawa has created a group of sculptural structures which evoke the ambience and appearance of his studio and in which film works and new drawings depicting metronomes, record players and stylised clouds of smoke, are displayed. Set on wheels, these surrogate studios suggest both movement and transience.

In Parafin’s lower gallery Sawa exhibits an important new film work. /home (2021) revisits the tropes of dwelling (2002), the early work with which Sawa first came to international attention (and which is now in the Arts Council Collection, London, Museum of Fine Arts, Boston, Detroit Institute of Arts and the Modern Art Museum of Fort Worth, as well as private collections). The empty rooms of Sawa’s childhood home are witness to a surreal spectacle, as tiny toy airplanes take off and land and fly from room to room. Sawa says:

‘Five years ago I lost my home. My parents sold the house where I was born, the one I grew up in. And although I had left home over 20 years ago, when I closed the door on that house I felt bitter. My room, the kitchen, the entrance hall and the garage, the garden behind the building. I was mentally attached to every part of it. I had always believed I had that place to go back to. Leaving it was like a funeral.’

In a weird doubling, a second work, /home (absent room) (2021) projected onto the reverse of the screen displaying /home, uses exactly the same shots yet reveals the rooms to be completely empty, devoid of the airplanes or any other sign of life. Sawa explains:

‘Eventually I realized that it’s not important for me to be able to see airplanes there or not. More important is for me to feel the existence of airplanes, of dreams or of illusions, mine, those of my father, those of us all. There is something more essential than my cruising airplanes: being able to imagine them. Being able to visualize them, inside of my head, anywhere, in any home. Daily life could be based on the imagination with such hopes or even desires, as intangible or ghostlike as they might be. Our idea of both home and time are grounded in and built on these phantoms…’.

Courtesy of the artist and Parafin, London