Taka Ishii Gallery presents Hirofumi Toyama’s solo exhibition “1,2”. This exhibition features Toyama’s latest and final pair of paintings “1,2” which was produced just before his passing in November last year, along with a selection of five or so paintings produced since 2017, in an attempt to trace the artist’s thoughts and considerations leading up to this new work. 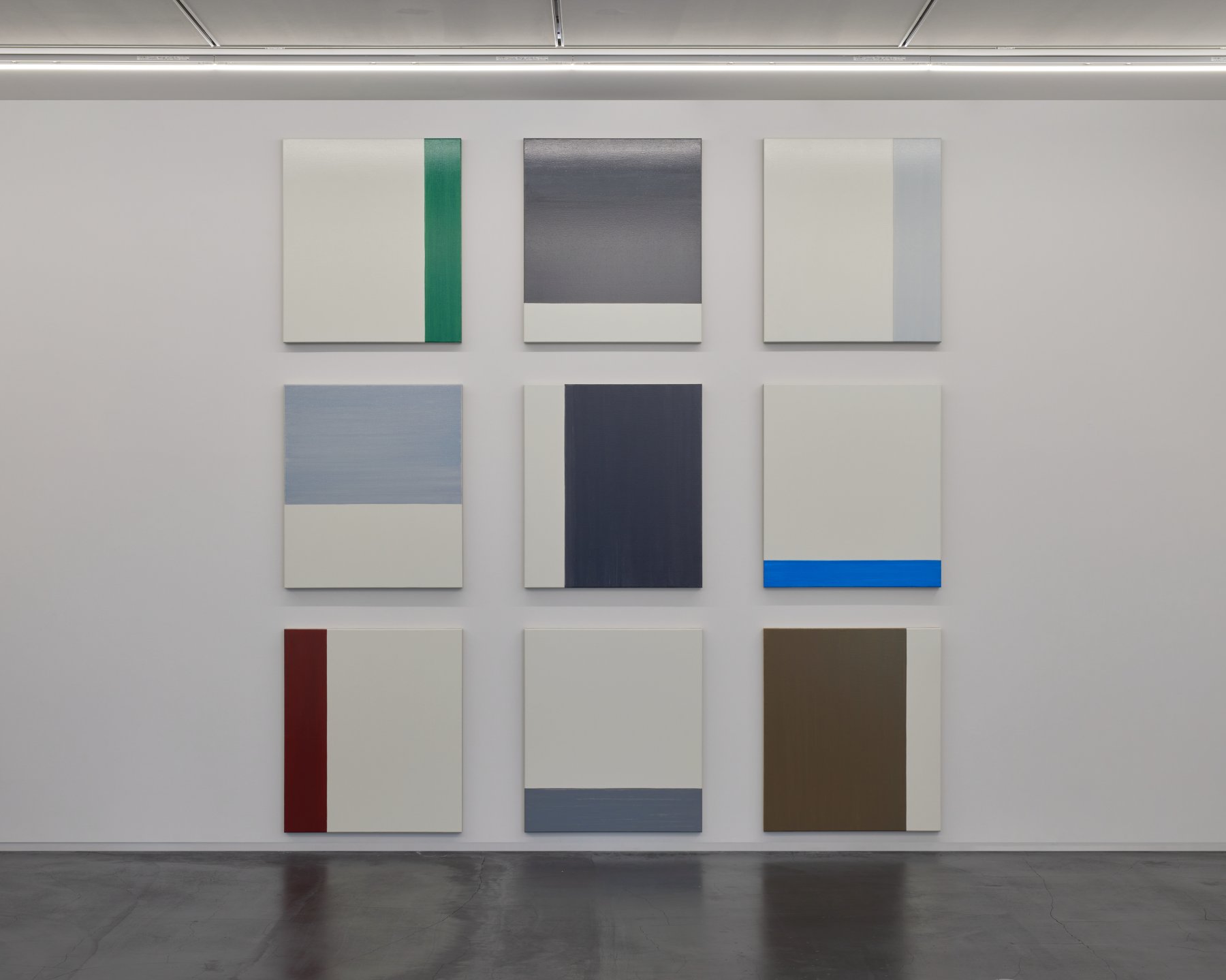 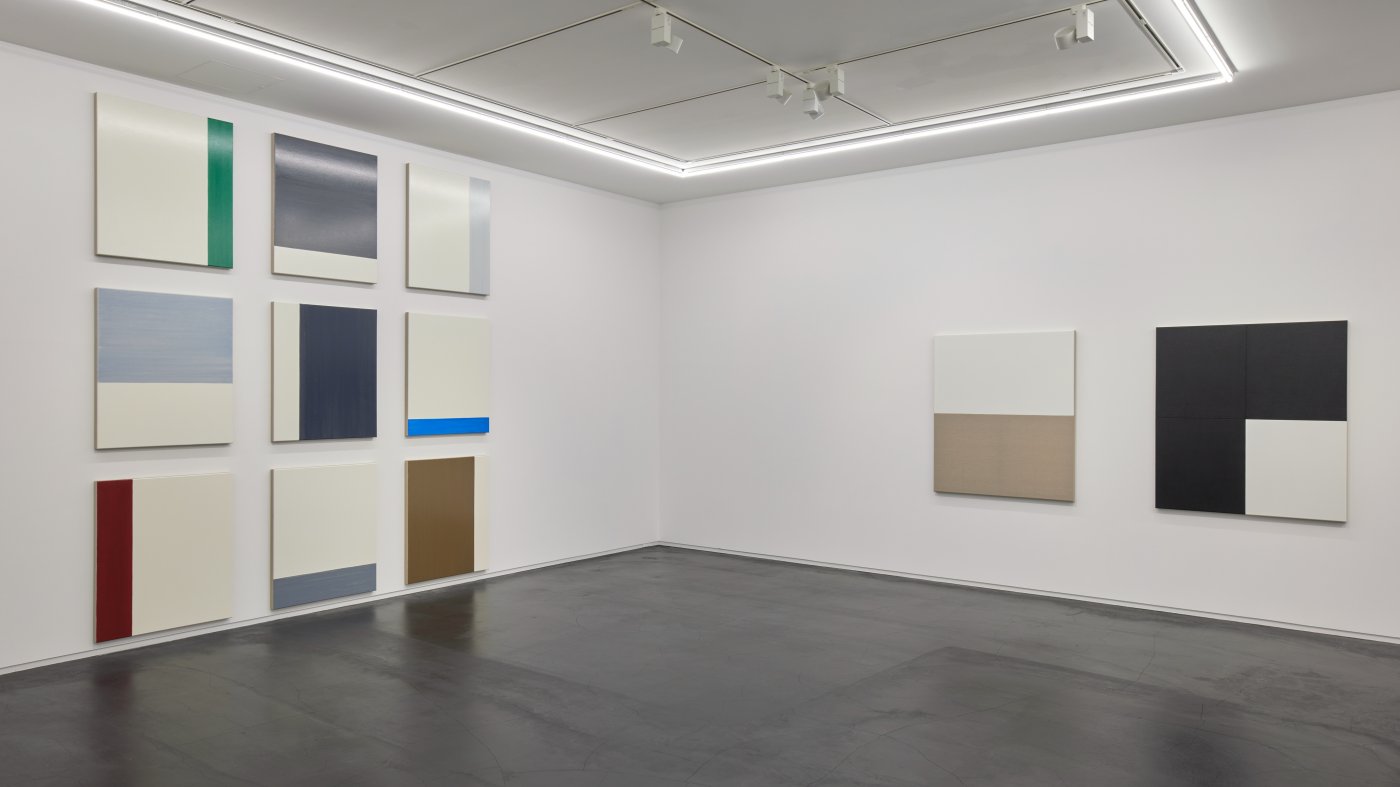 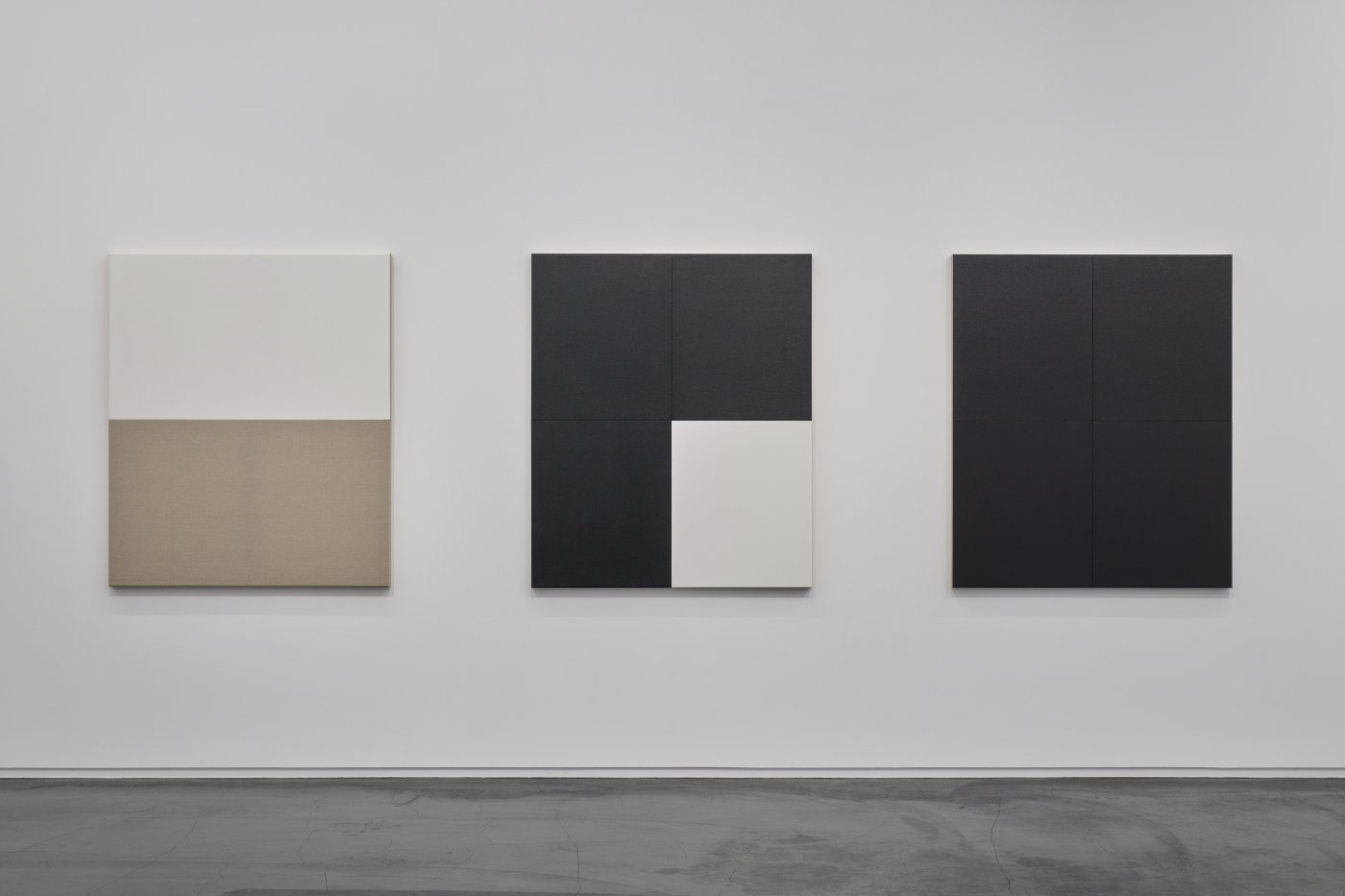 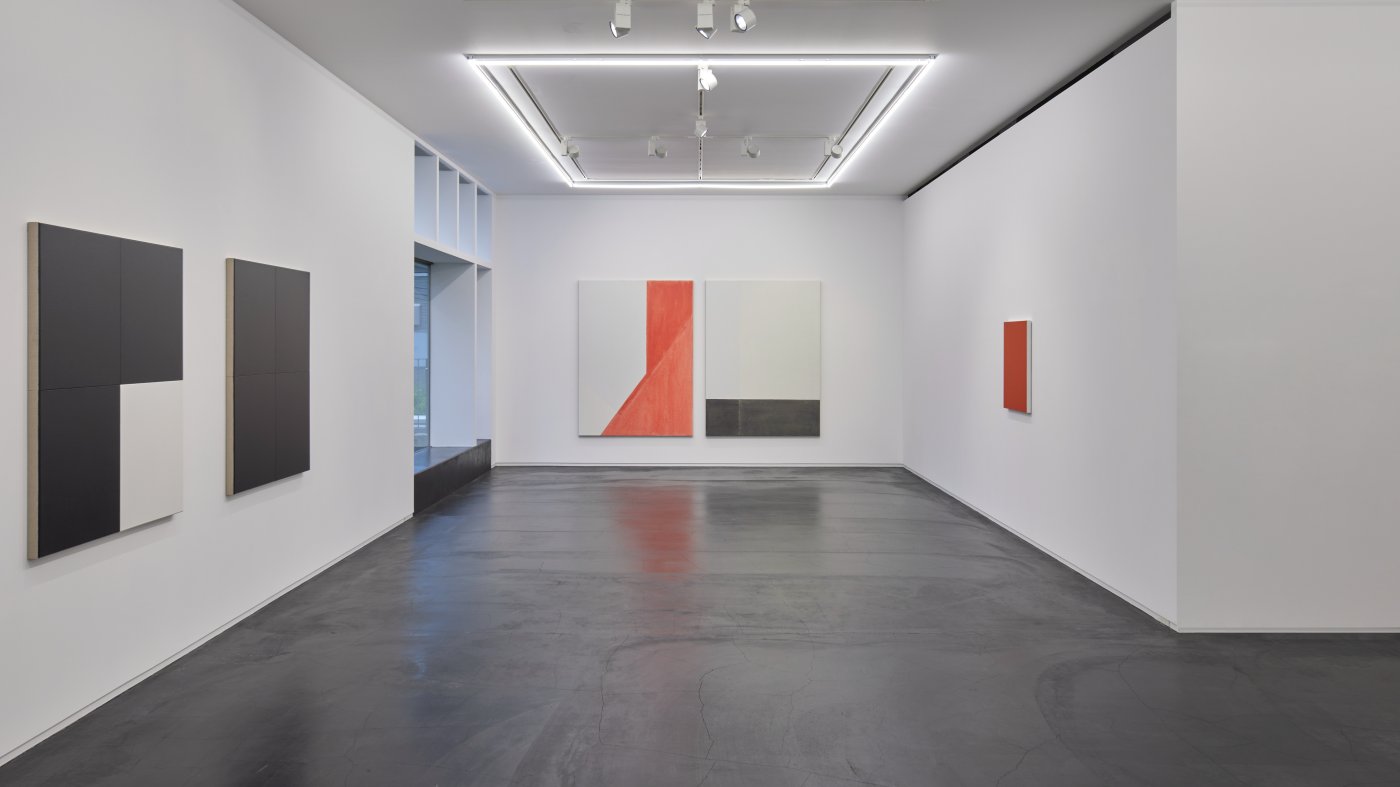 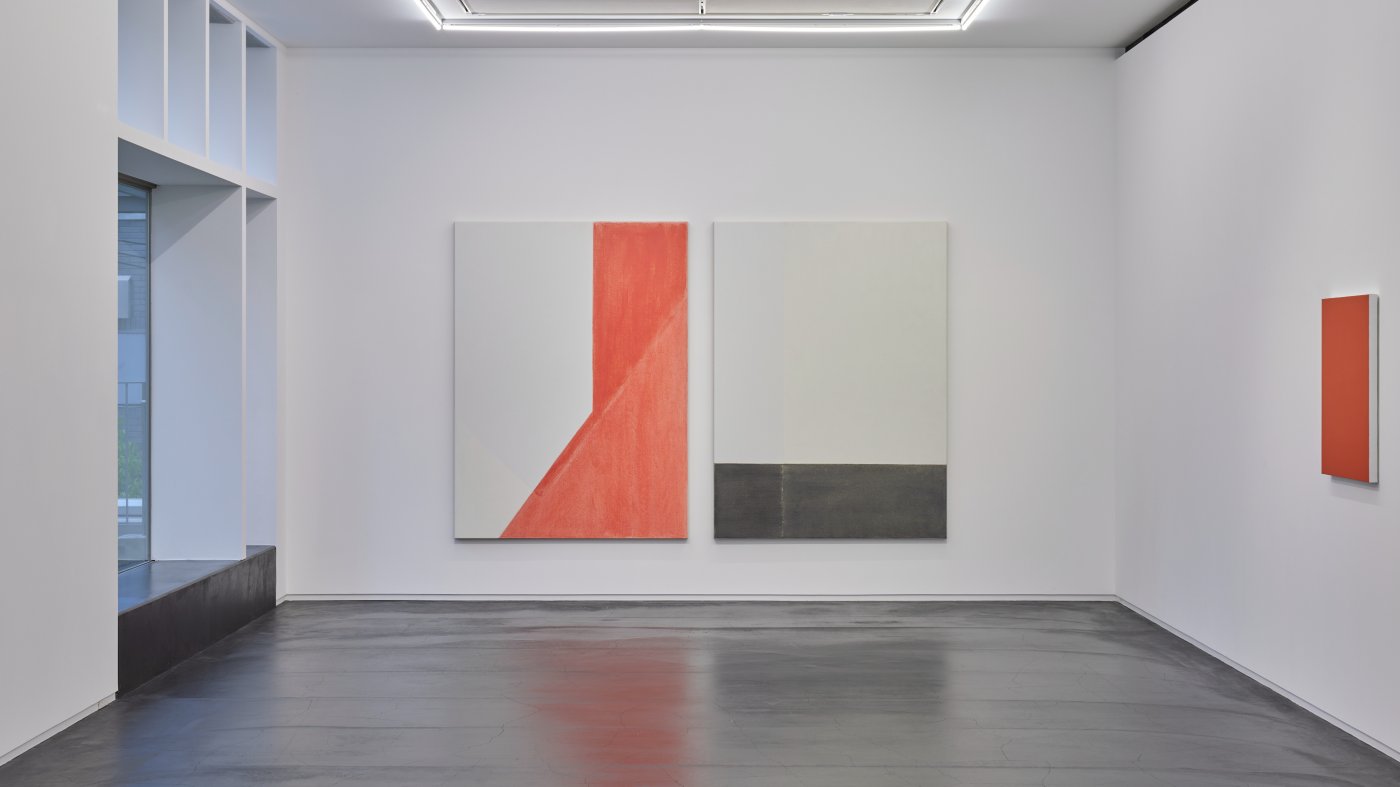 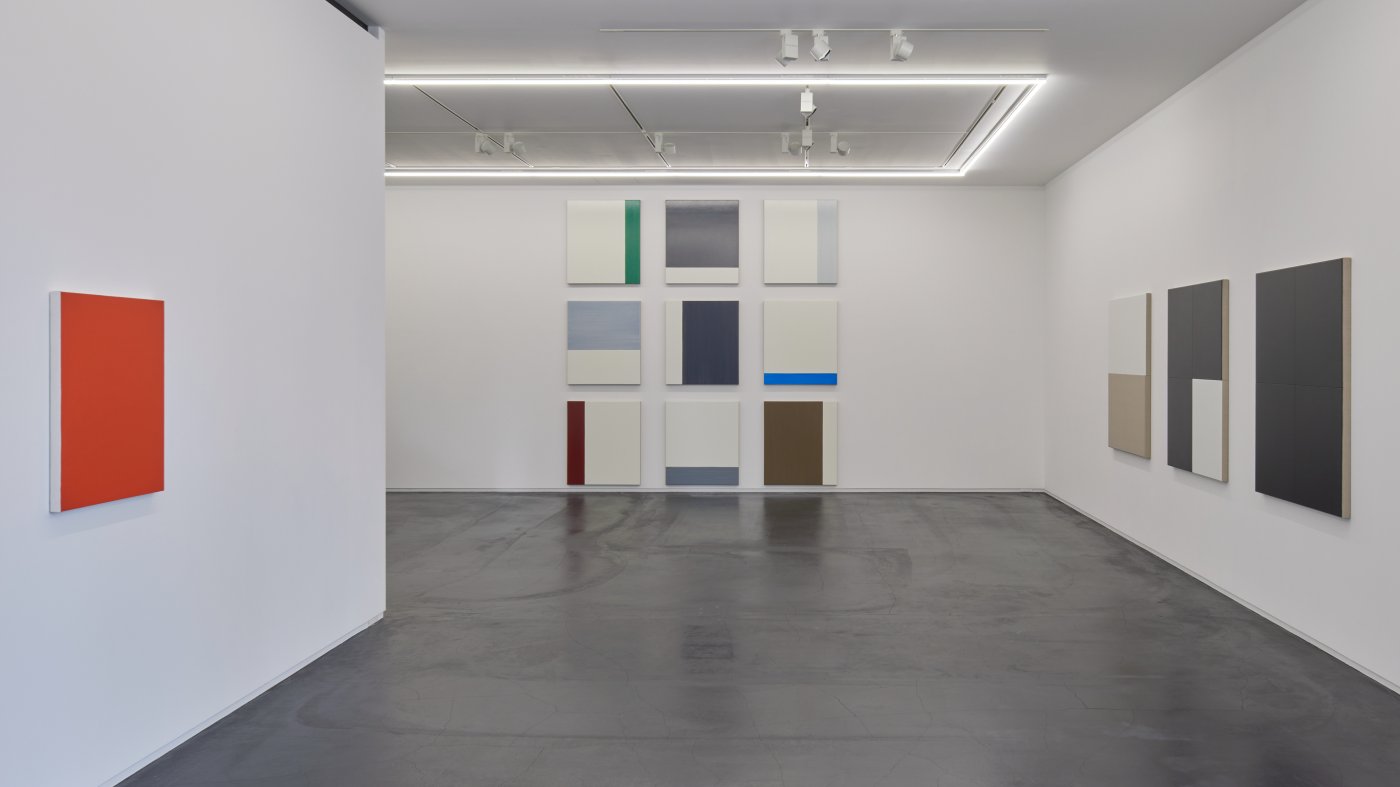 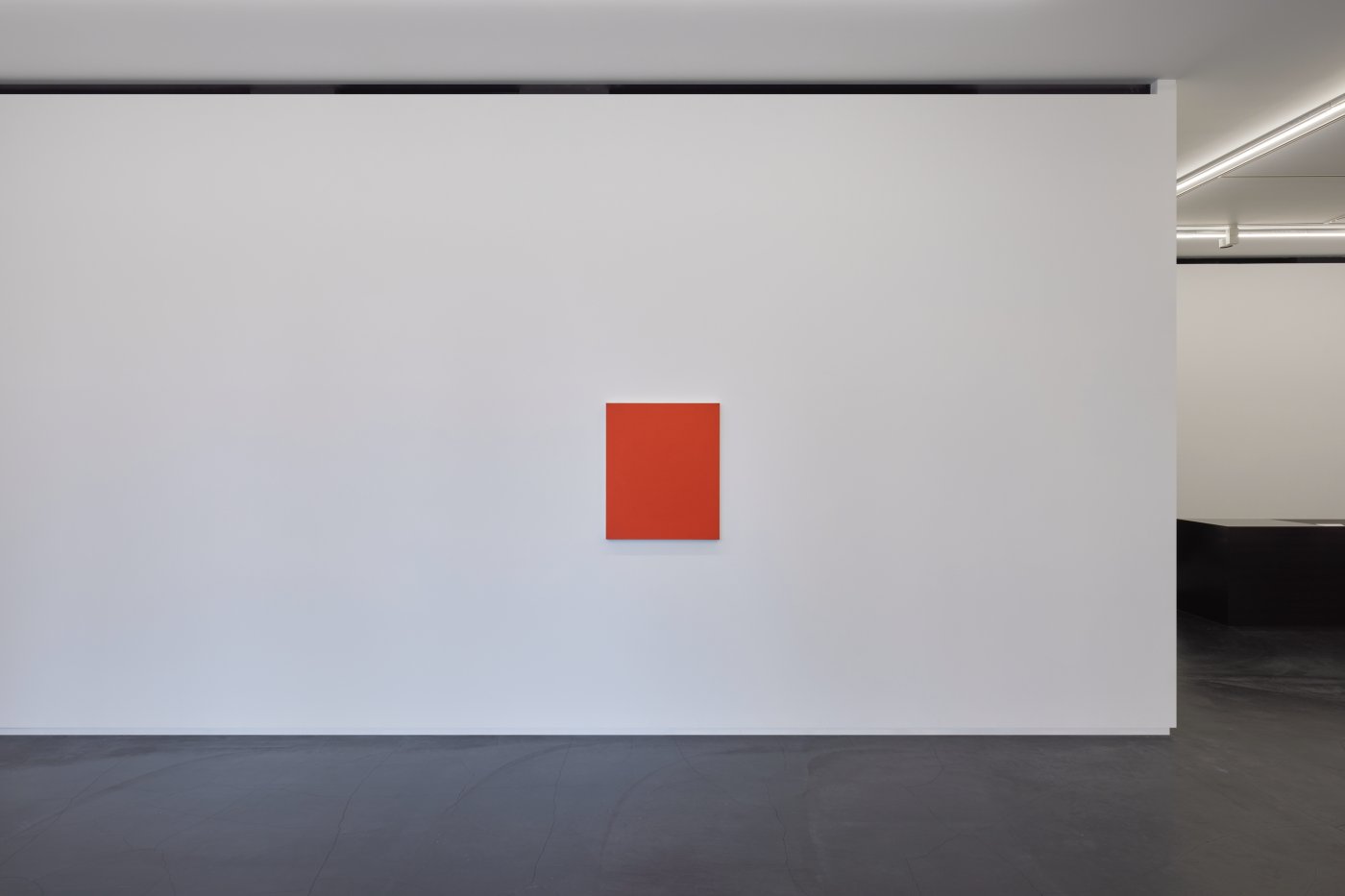 Throughout his practice, Toyama had consistently turned his attention to formal elements such as composition, color, and matière; materials including rectangular wooden frames, canvas, and paint which are the configurative aspects of painting; and at times painterly methods and procedures for clues and guidelines in addressing the very process by which paintings are come into existence. Toyama’s attitude towards production entails treating these elements in a reductive manner in the hope of involving himself with the origins by which paintings come to be established. Grounded by this strictly logical approach, in recent years, the constituent elements of Toyama’s work had indeed been on the verge of being refined to utmost sophistication.

The white sections, or “vacant spaces” for which Toyama has given careful consideration, are inextricably connected not only to the painting’s composition, but also the relationship between figure and ground, as well as the canvas/paint itself, and even the matière. Toyama’s works, while undergoing drastic changes at times, have continued to evolve through the repeated process of examining the aforementioned correlations one by one, integrating them, and deconstructing them once again. His works, which pursue painterly spaces that are yet to be seen without persisting on a particular style, are replete with an air of openness and inform us viewers that being reductive by no means deny paintings of their richness.

Featured in this exhibition, Toyama’s new work “1,2” was originally envisioned as part of a series consisting of a total of 10 pieces –five pairs with each set a different color, to be presented altogether. While having worked with industrial paint as the material for his paintings, in this work the artist returns to the use of oil. Toyama’s quest for the individual elements of painting that he had engaged in thus far appears to be almost unified, and the continuous movement of parallel brushstrokes gives rise to a painterly space that at once harbors the very color, matière, resilient flatness, and light that the artist had desired.

Toyama’s endeavors to produce paintings as a series begun in 2017 by exploring the relationship between tableaus in a set, and on this occasion culminates in contemplating the distance between them. In “1,2” the distance between the two paintings is variable, and thus the artist had anticipated viewers to traverse through a space in which 10 tableaus comprised of five pairs with each set a different color, are dispersed here and there throughout. The artist himself had considered each pair as forming a single painting, even should they be presented at distances in which they cannot be seen in each other’s presence. Although viewers are unable to see these works together, simply the knowledge of there being another work of the same nature serves to significantly influence the experience of viewing the work, as well as one’s awareness of the existence of the work itself.

Hirofumi Toyama (1967-2021)
Born in Fukuoka Prefecture in 1967. He completed graduate studies at Aichi University of the Arts in 1997. He has participated in exhibits such as “Railroad Siding 2013”, Tokorozawa (2013); Aichi Triennale, Nagoya (2010); “In the Little Playground: Nobuya Hitsuda and His Students”, Aichi Prefectural Museum of Art and Nagoya City Art Museum (2009).