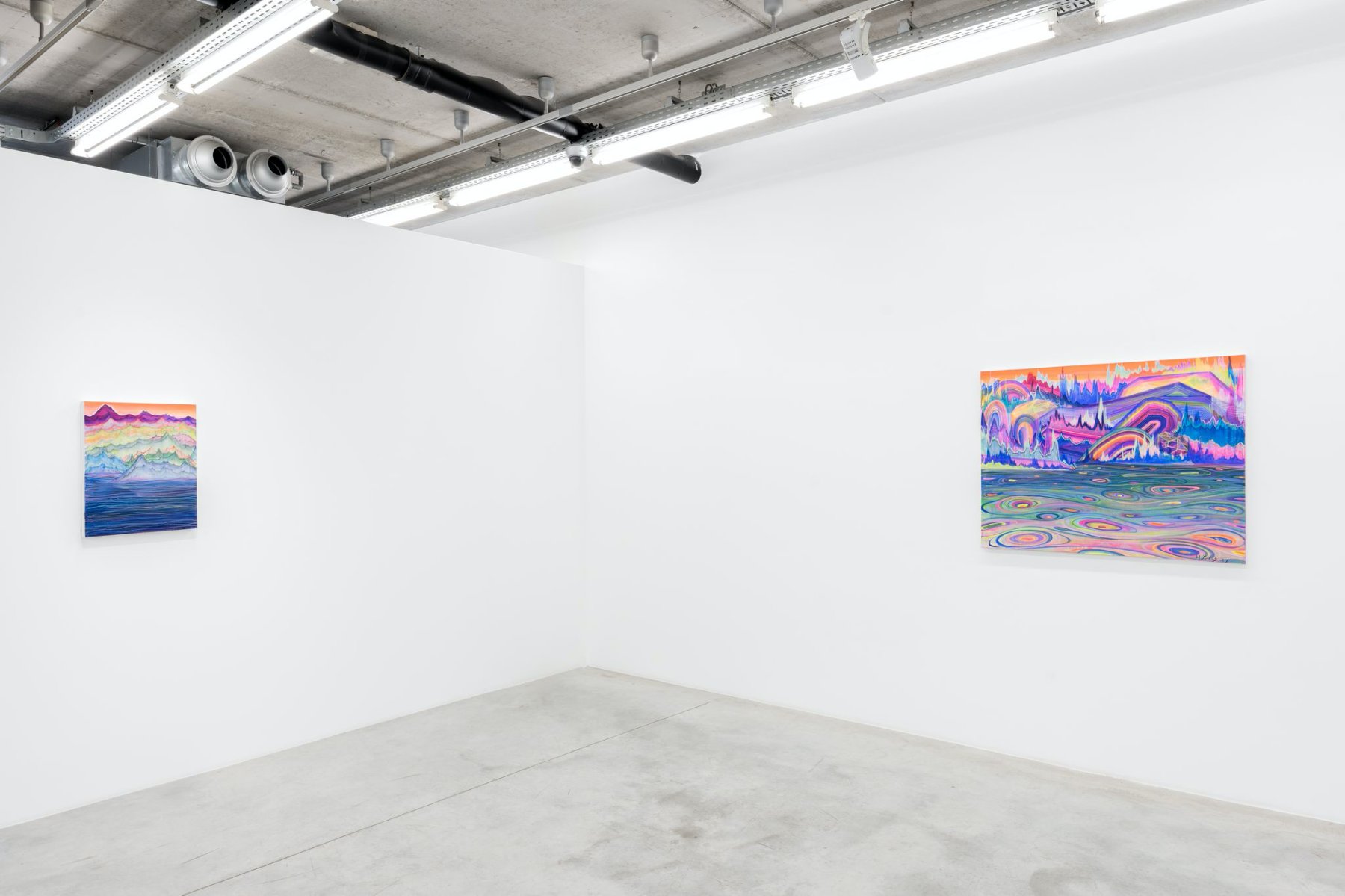 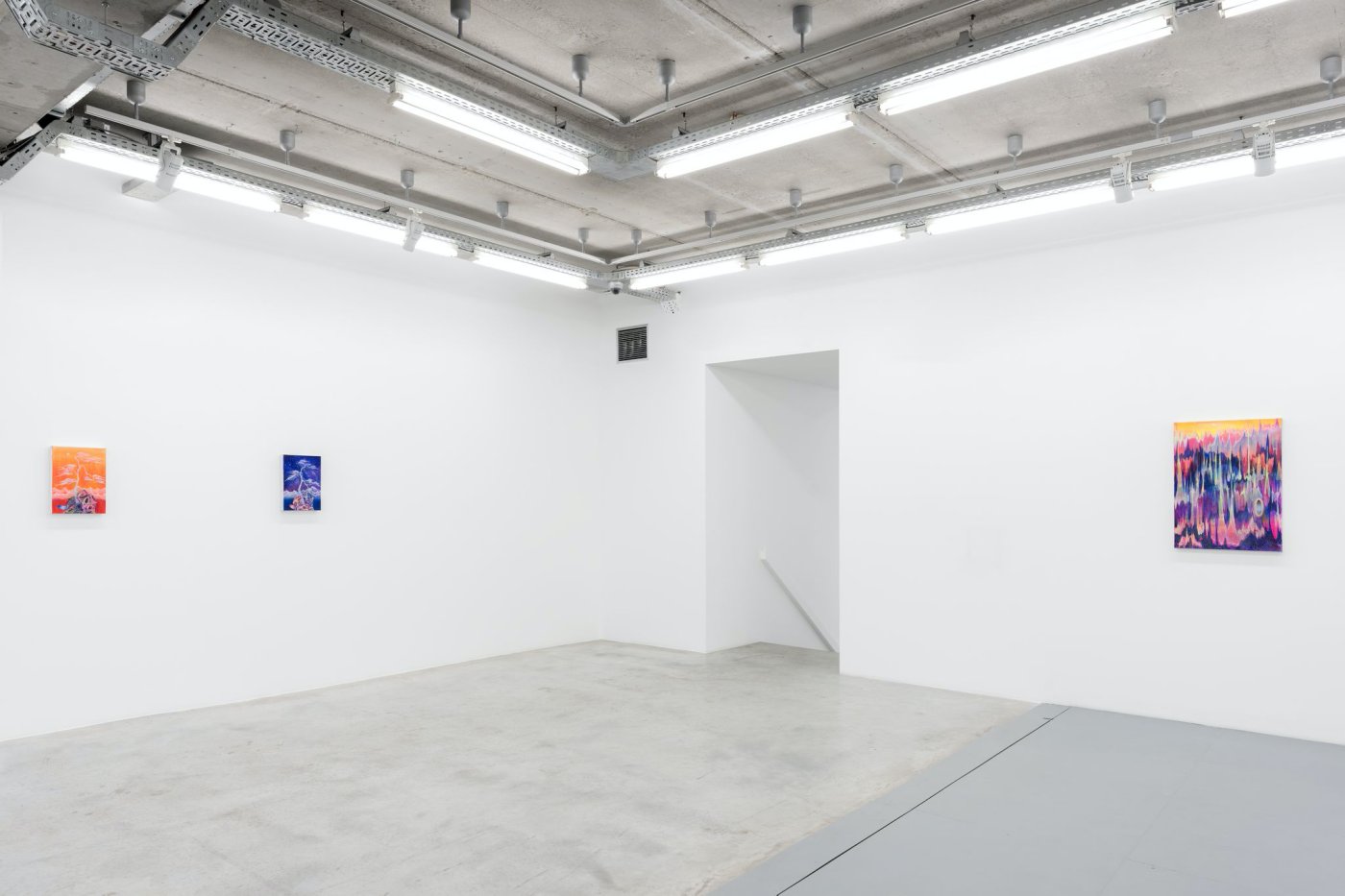 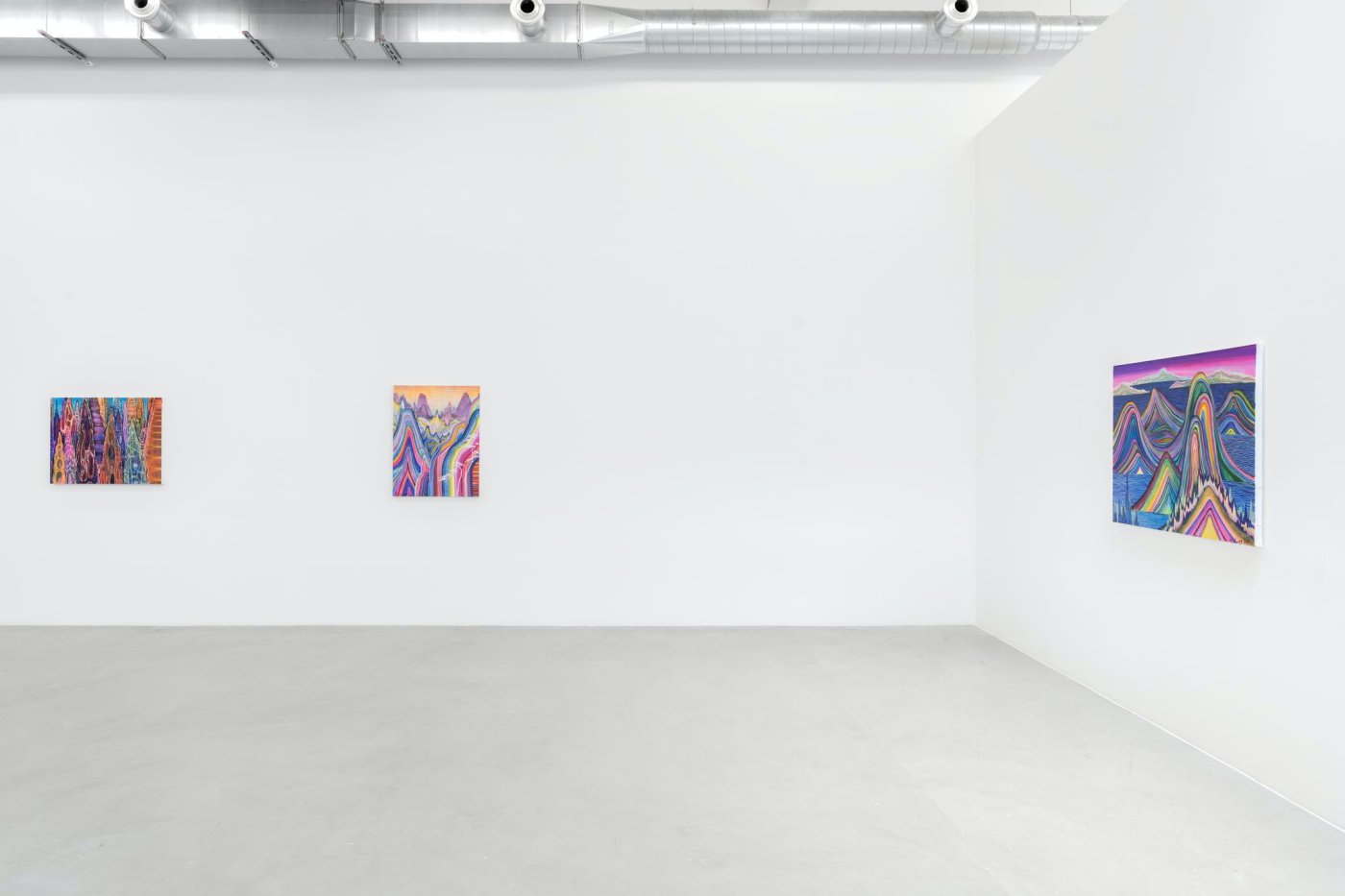 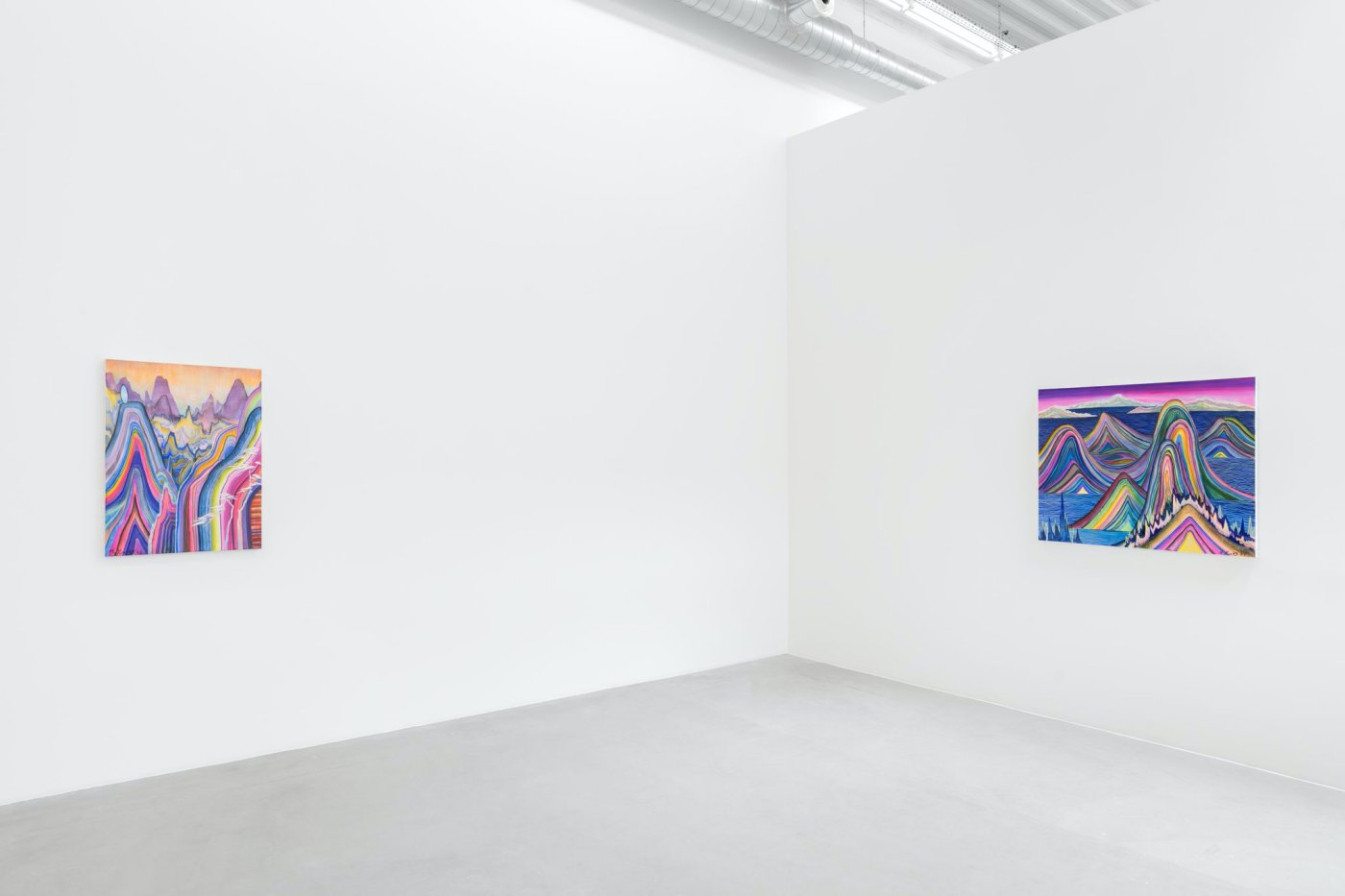 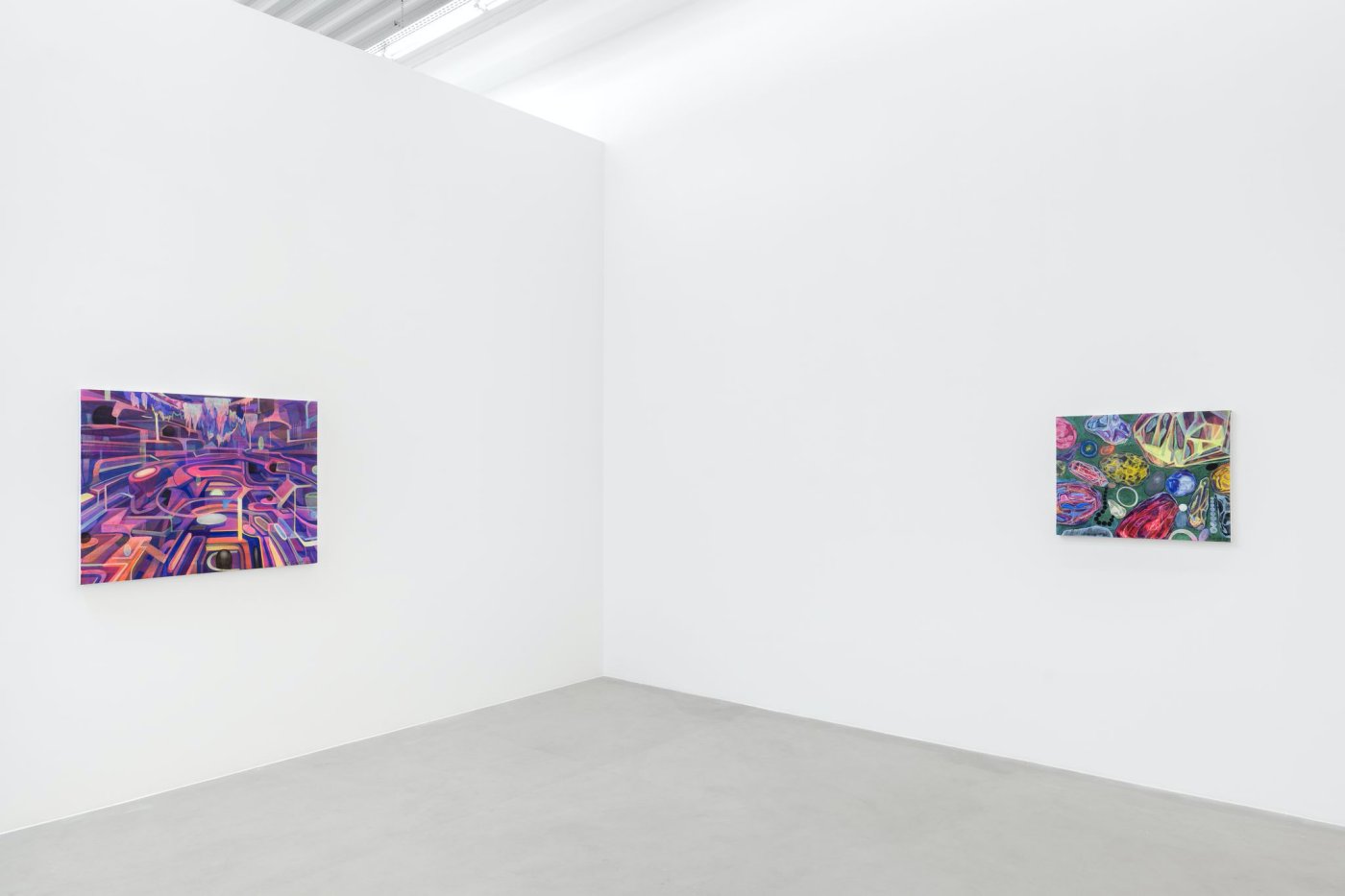 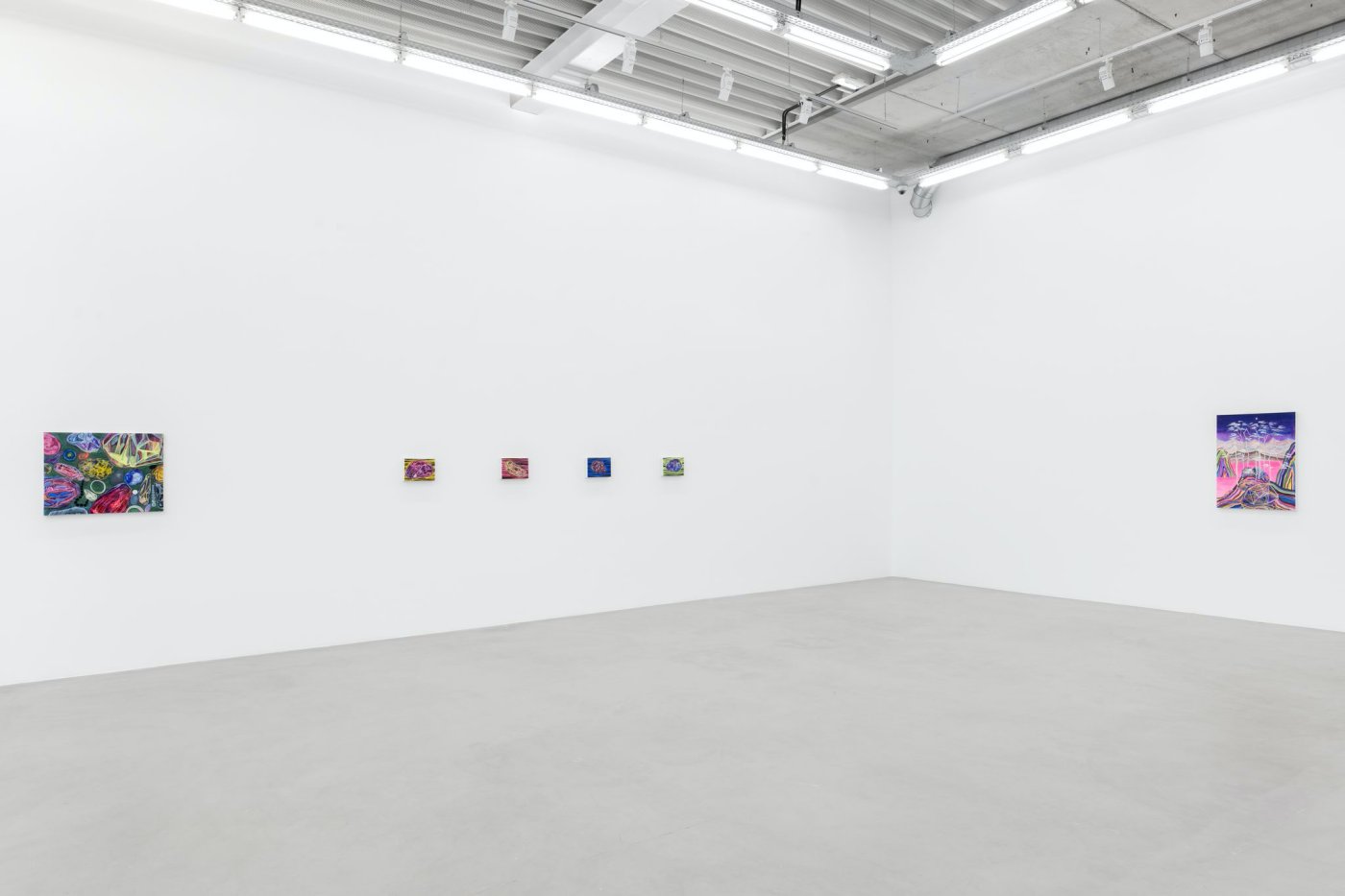 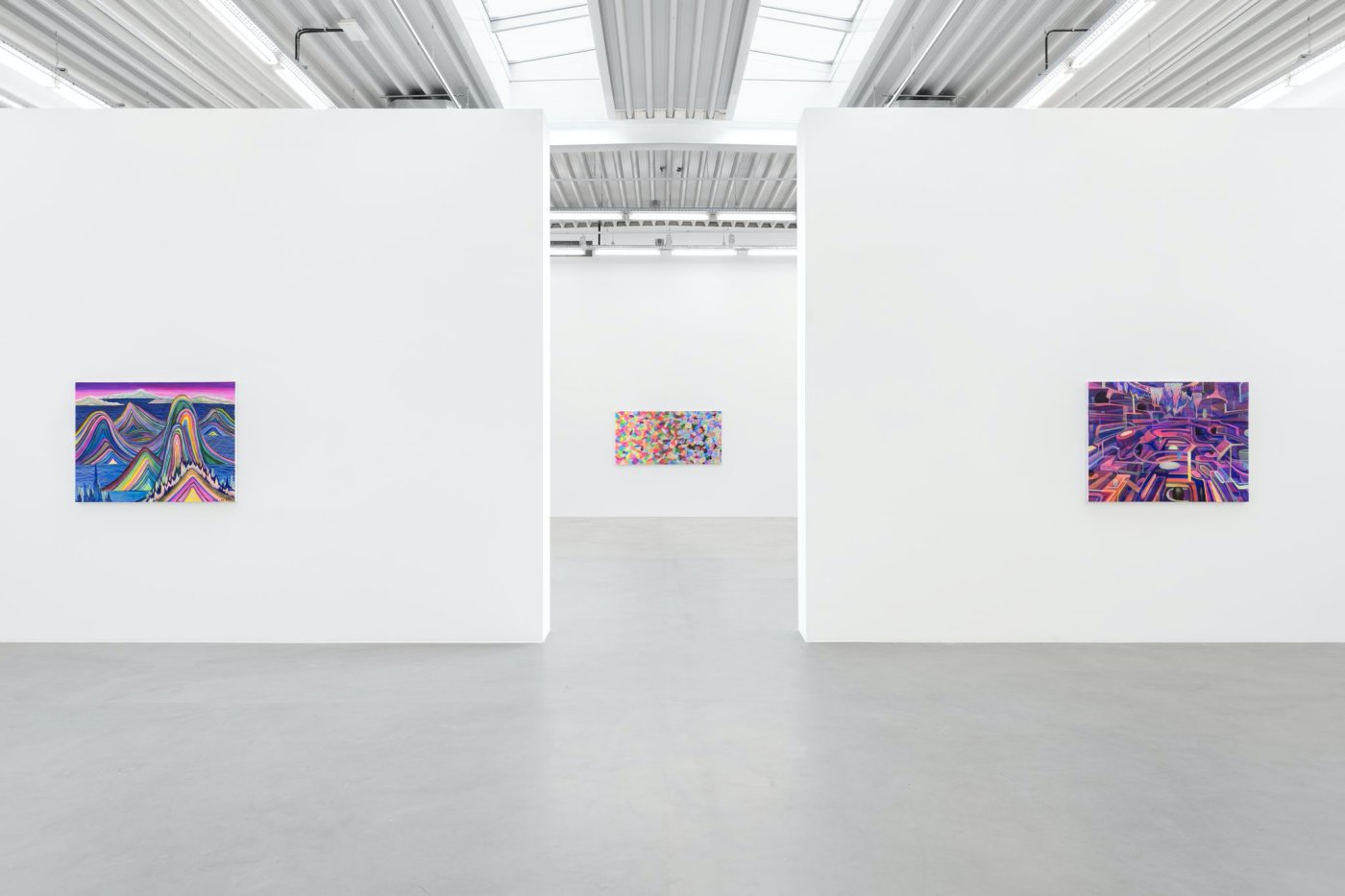 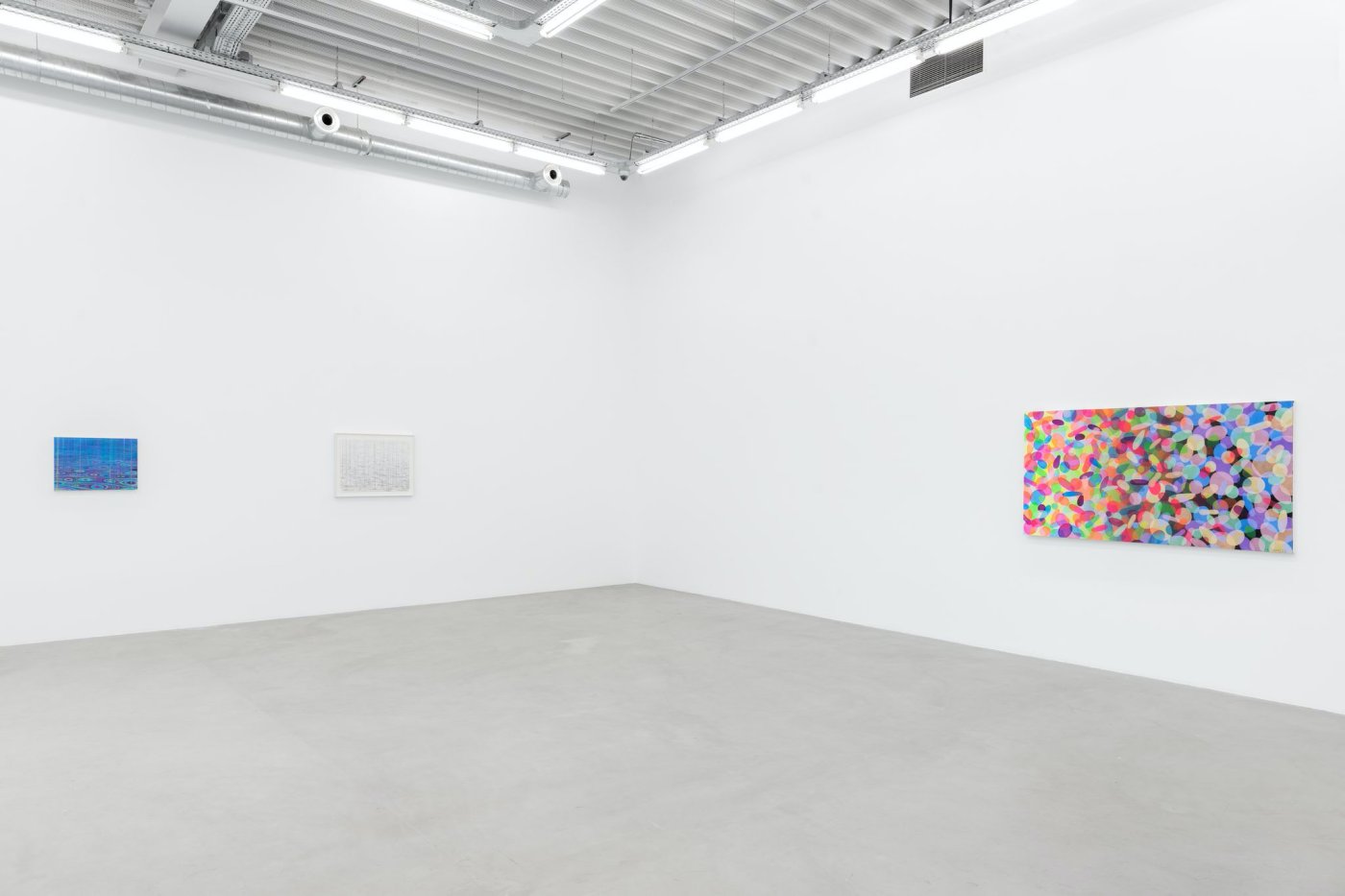 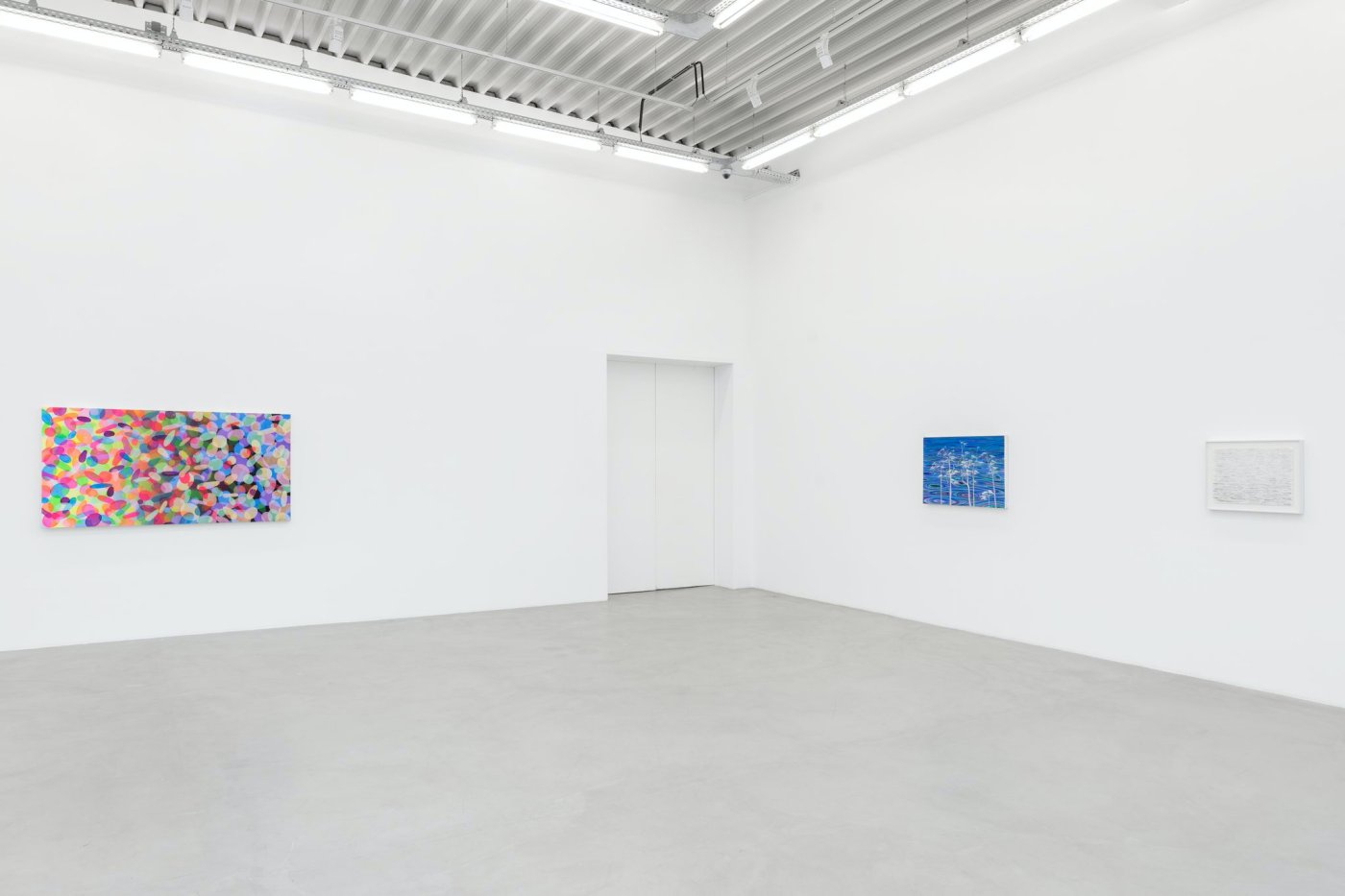 Comprising 21 works dating from 2015 until 2021, the exhibition explores the mainstays of Huang’s visual language that pervade his artistic practice. Centered around humans’ relationship with the natural world, works on display present landscapes imagined, abstracted or otherwise in an electric palette that is all about individualistic, personal expression.

Best known for his often large-scale and vibrant paintings, Huang graduated from the mural painting department of Beijing’s Central Academy for Fine Arts in 2000. Shortly after, a formative trip to Lhasa inspired a lifelong interest in both Zen and Tibetan Buddhism, which would go on to lend his work a spiritual quality grounded in humanity. Since then, he has participated in numerous group and solo exhibitions both in China, and internationally.

From its infinite passage to fleeting moments crystallized on canvas, time is a recurring theme in Huang Yuxing’s works. Oftentimes symbolized by water, the motif is also visible in the paintings’ echoes and nods to historic artistic movements that span both east and west, brought together in pulsating canvases that transcend time and defy categorization.

At odds with a signature palette of fluorescent brights is Huang’s grounded, organic subject matter — mountains, rivers, trees, and so on. By recalling the manmade glow of neon city lights, the juxtaposition reinforces a core tenet of the artist’s work: the relationship between people and their surroundings. Despite skirting the edges of Abstract Expressionism’s gestural brushstrokes; Surrealism’s visual metaphors; and the finesse of traditional Chinese ink painting, it is Huang’s vibrant tones that render his canvases uniquely, unmistakably of now.

Heaps of Brocade and Ash features four pieces from the acclaimed River series, including two works on paper. A longtime subject in the artist’s work, Huang has described rivers as “ … [defining] the shape of time in my mind’s eye.” Characterized by mesmeric shapes and swirls that imply whirlpools and eddies; choppiness and calm; and a shifting surface shaped by invisible underwater currents, ‘Rain’ and ‘Pine Waves’ are illustrative of the artist’s signature technique of punctuating layers of translucent oil and acrylic paint with intense color.

If Huang’s rivers convey time’s layers, depths, and movement, his so-called Bubble series deals in individual moments, instantaneously captured. Illustrated here through large-size painting, ‘The Fringe of Atmosphere,’ the work shifts from a luminous palette of pink, yellow and green to one of muted mauve, taupe and teal, as if from day to night. Appearing as field full of bubbles, some poised to pop, and all drifting over and behind each other; or perhaps a microscope’s field of view, teeming with droplets or cells, its effect is hypnotic. Sometimes a smooth ellipse or oval, and at others more of an irregular globule, these contained shapes are a recurring motif in Huang’s work, spanning multiple series of the past decade.

The natural world takes center stage across almost works in the exhibition, in particular, mountainous landscapes. Some are based on actual places, such as Yellow Mountain, or Huangshan, in eastern China; and others are folkloric: Penglai, for example, is the divine paradise home of the Eight Immortals of Chinese mythology. All rolling curves and rainbow-bright strata, topped with jagged abstractions of tree lines, several, such as ‘Pine by the Pink Sea,’ incorporate Huang’s contemporary take on the traditional Chinese technique of gongbi, or highly precise brushstrokes.

These precision lines are repeated in Huang’s Treasure paintings. Almost geological — and not- quite geometrical — here they include four of recent series, ‘Associated Minerals,’ which are small in size, much like precious stones. A cornerstone of Huang’s artistic language, the motif returns again and again throughout his oeuvre. In ‘Pine in the Snow,’ for example, crystalline shapes support a finely drawn sapling; and in ‘Camp by the River’ appear as toppled prisms and obelisks from a civilization of another time.

The exhibition’s name, Heaps of Brocade and Ash, also alludes to Huang’s blurred boundaries of movements, time, and subject. An eponymous genre of Chinese art characterized by painted ‘collages’ of the trappings of literati — such as scraps of calligraphy, paintings, and porcelain — the artist has co-opted the style’s name for his own personal meaning.

For Huang, the Covid-19 pandemic prompted a period of reflection and recollection, echoed in specific connotations he ties to Heaps of Brocade and Ash. In his private cipher, ‘Brocade’ represents cherished, precious memories of childhood; time spent with friends and family; and travel. ‘Ash’ symbolizes feelings of solitude and alienation borne from instability; while ‘Heaps’ represents negation, conflict, and duality.

Through an insistent visual language, vibrant tones, and an approach that puts the process of painting — its layers, viscosity, and strokes — front and center, Heaps of Brocade and Ash holds a mirror to Huang’s inner emotional state. More than that, it reveals an alternative portrait of familiar landscapes and dreamscapes from their minutiae, such as hidden ores, minerals and gems; to sweeping rivers of infinite profundity, flow, and temporality.
– Frances Arnold, Editor and Journalist