Invisible: A tale of ethereal lines

Invisible: A tale of ethereal lines 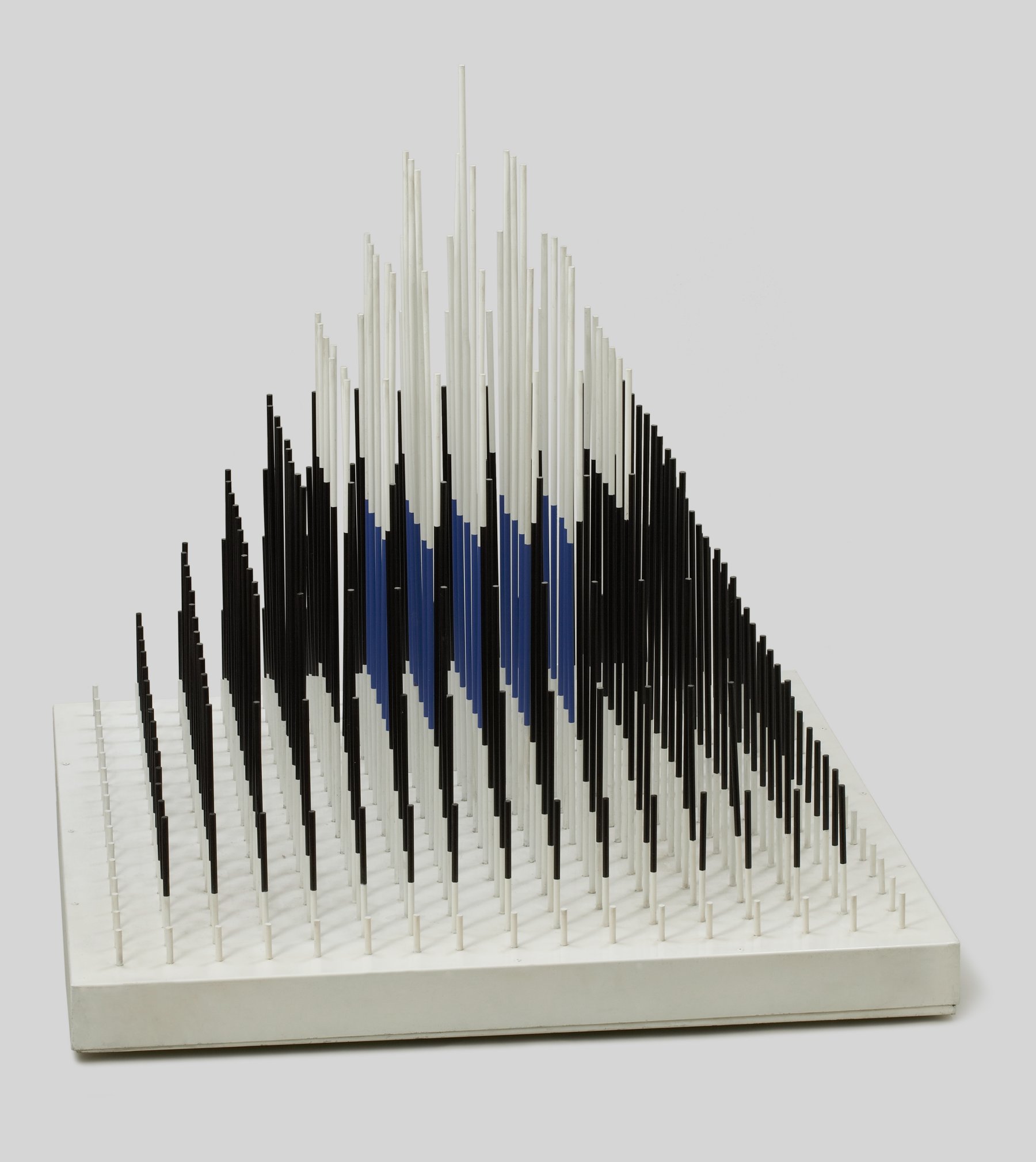 In Paris, Soto questioned the tradition of geometric abstraction inherited from Piet Mondrian on the grounds that it did not break sufficiently with representation. In order to move “beyond Mondrian,” he brought painting into the realm of lived space and time by working in layers, at first by painting on and combining transparencies, then later working with wire, wood, and other materials placed in front of an alternating linear background. As viewers move in front of these patterned layers, they experience electrifying optical sensations, as foreground and background moves in a pulsing interplay. Unlike traditional painting, there are a multiplicity of vantage points for these works, and they exist in a state of constant change relative to the viewer’s position. Aesthetic creation becomes the work of the spectator, and no longer of an individual artist.

In the late ’50s and early ’60s, Soto became close with members of Nouveau Réalism, particularly Yves Klein, as well as Group Zero. Intrigued by Klein’s desire to incorporate elements of daily life into his artistic production, Soto’s art from this period utilizes objects of a durable and rough materiality—wood, “twisted wires, rough stucco, fabric.” His mission, however, is precisely to overcome this materiality, to render the objects as immaterial through the power of optical effects.

Soto described his endeavors as “taking the most insignificant but strongly formal objects—old wood, wire, needles, gratings, pipes—to integrate them into the work and bring them to a state of disintegration through pure vibration.” Thus, Soto was able to present the constant movement and flux of our universe, the essential energy of it. The artist explains his conception of the universe as follows: “…I have never sought to show reality caught at one precise moment, but, on the contrary, to reveal universal change, of which temporality and infinitude are the constituent values. The universe, I believe, is uncertain and unsettled. The same must be true of my work.”

The show touches upon Soto’s own experiments with vibrations produced by this simple sequencing of black and white parallel lines to also prioritize the present moment of perception, but in doing so powerfully illustrate the constantly shifting nature of our universe and of matter itself.