Fabian Lang presents Isabelle Young’s first solo exhibition. The young British photographer – a recent graduate of London’s Royal College of Art – blends a keen eye for detail and perspective with a poetic narrative ability. Often informed by shade and absence, Young weaves the presence of stories into the curious and intriguing architecture and interiors she photographs. 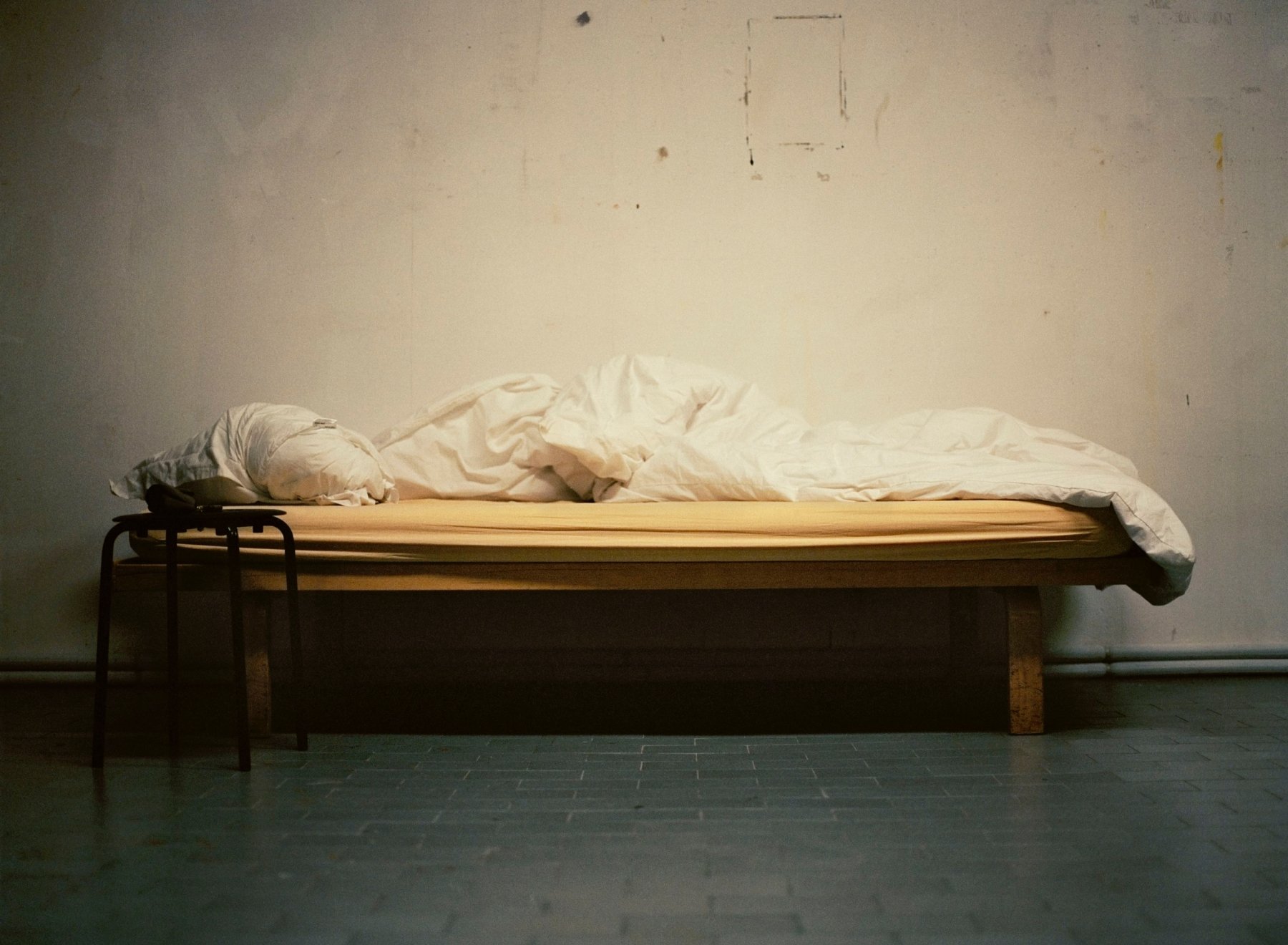 Exterior scenes become sculptural and flatten forms to distort a sense of scale. Interior scenes focus on a heightened sense of intimacy – including the often-hallowed space of the artist studio. In Camera – Latin for ‘in private’ – may be used in modern Italian to mean ‘in the room’ or ‘in the bedroom’. Venice Interior depicts the artist’s single bed with the pillow left folded under restless arms. Located in a vast studio space the bed is a focus of warmth, beyond it the sound of waves constantly lapping against the city’s foundations. The time-worn cushions in Celia’s studio, London further speak of a soft moment of repose, or the desire for sanctuary.

‘I like the details. The details say much more than wide shots. The framing and compositions do not speak of the whole but bow down before quieter moments. I often think of my work alongside the unreliable literary narrator who is also God within the world she has created. My photographs, akin to the narrator, may appear to be all knowing but they are evidently not all telling.’

Colours come together like in a masterful painting, sometimes rich and bold, sometimes idiosyncratic and warm and gentle or shy. But always arranged like a painting. The architectural form is central to the artist’s work, and the act of devotion is always present – not in the religious sense, but in Young’s approach. There is mystery in what has been captured, and an incredible sense of presence, as if the actors in a melodrama have just vacated the frame.