For his fourth solo exhibition at Peter Freeman, Inc., Jan Dibbets presents a selection of works from his latest series Billions of Universes, shown here for the first time outside of Europe. These large-scale color digital prints demonstrate that there is no limit to image building by means of technology. 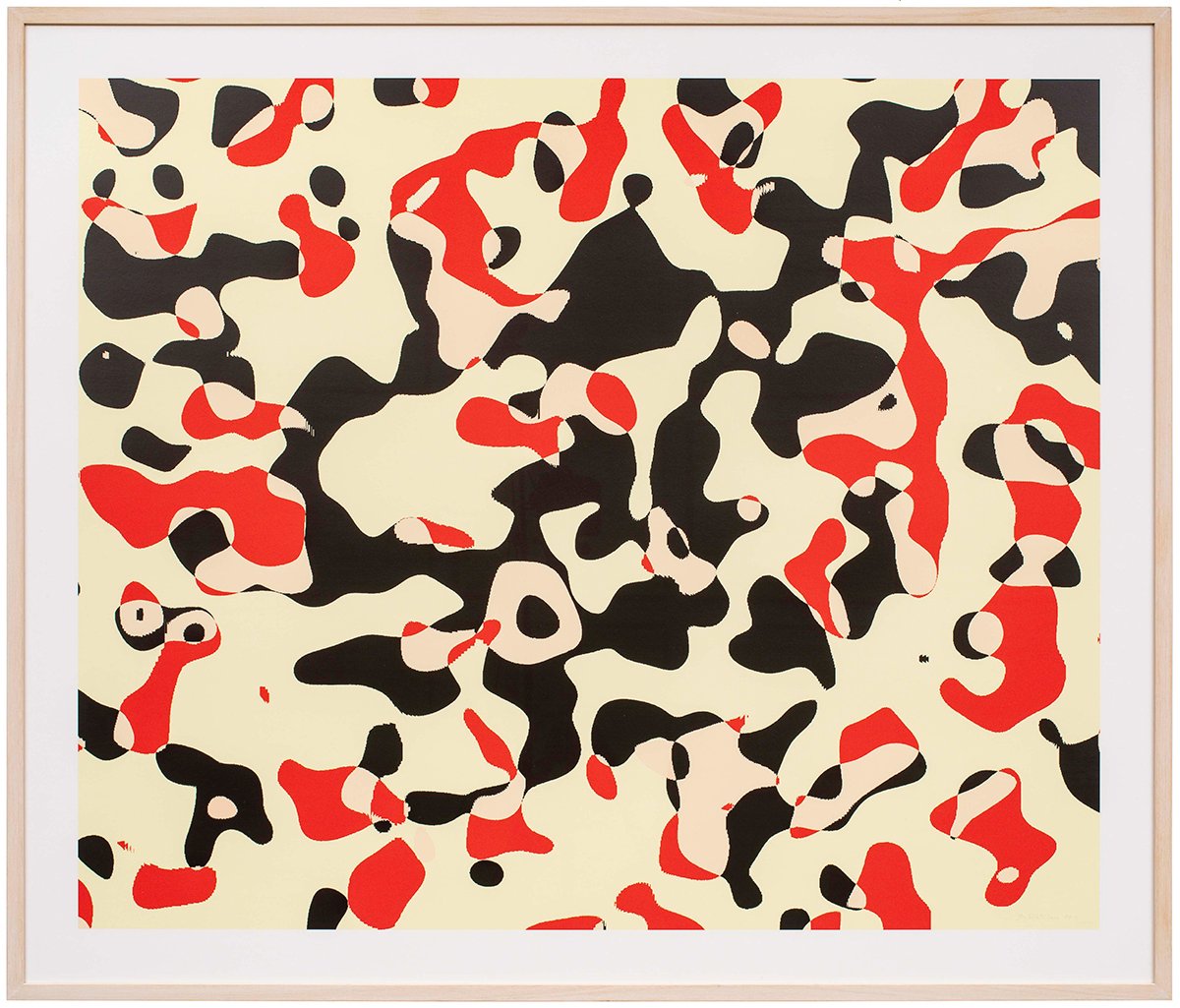 Dibbets, a pioneering figure of conceptual art since the 1960s, was among the first artists to challenge the camera’s status as a documentary tool. With the BOU series (2019-2020), he continues to explore the role technology plays in the perception, representation, and reproduction of what we see. Using a digital processing program to magnify and further abstract a single negative from his own Colorstudies series, ongoing since 1975, Dibbets has created a body of work in which colors and forms seem to spring from nowhere, alienated from the original image.

When Dibbets first began the Colorstudies, details of reflective car bodies taken in analogue, he left the industrial paint colors unaltered. In more recent prints (his first digital images, made between 2010 and 2014), he manipulated the colors to create almost painterly monochrome works. With BOU, Dibbets disorients the viewer further – corrupting the image, making wide-ranging chromatic selections and emphasizing that the orientation of the works is variable. In doing so, Dibbets underscores the questions of representation and reality that have always been at the core of his artistic practice.

In the age of computers, a single image represents infinite possibilities – billions of universes that go beyond the observable world.