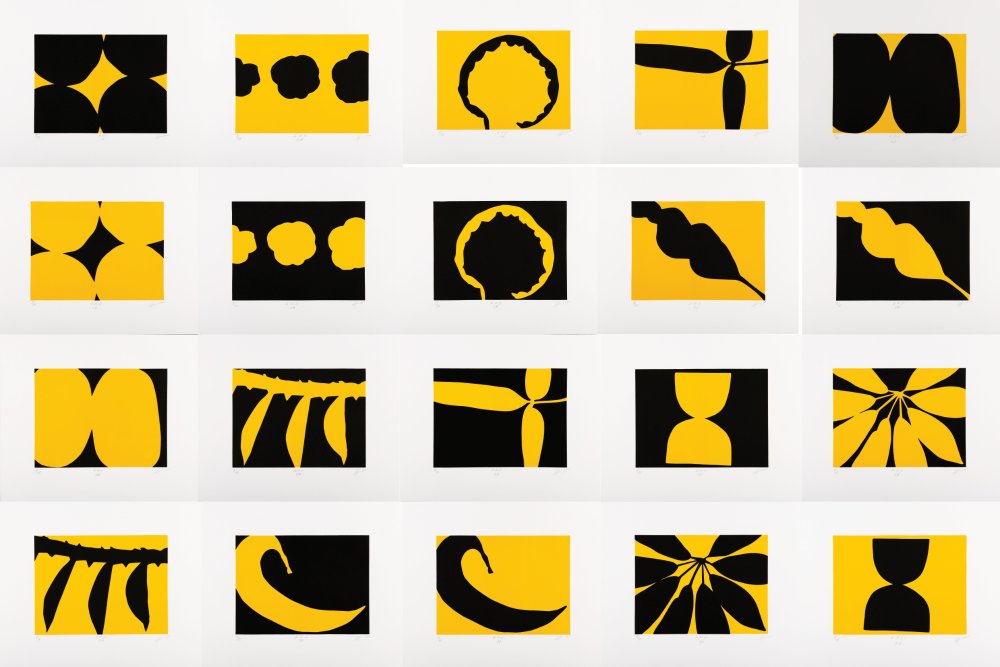 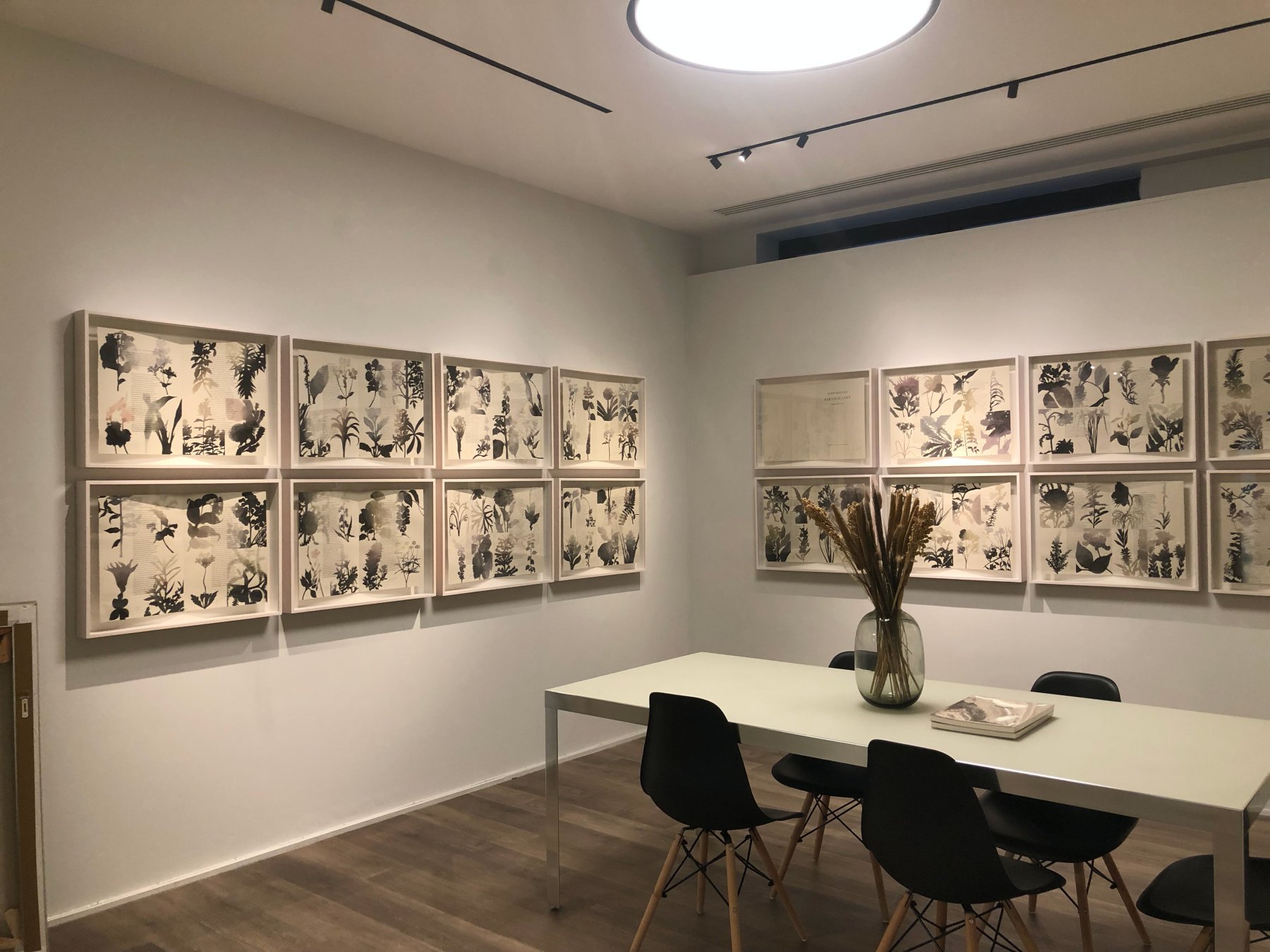 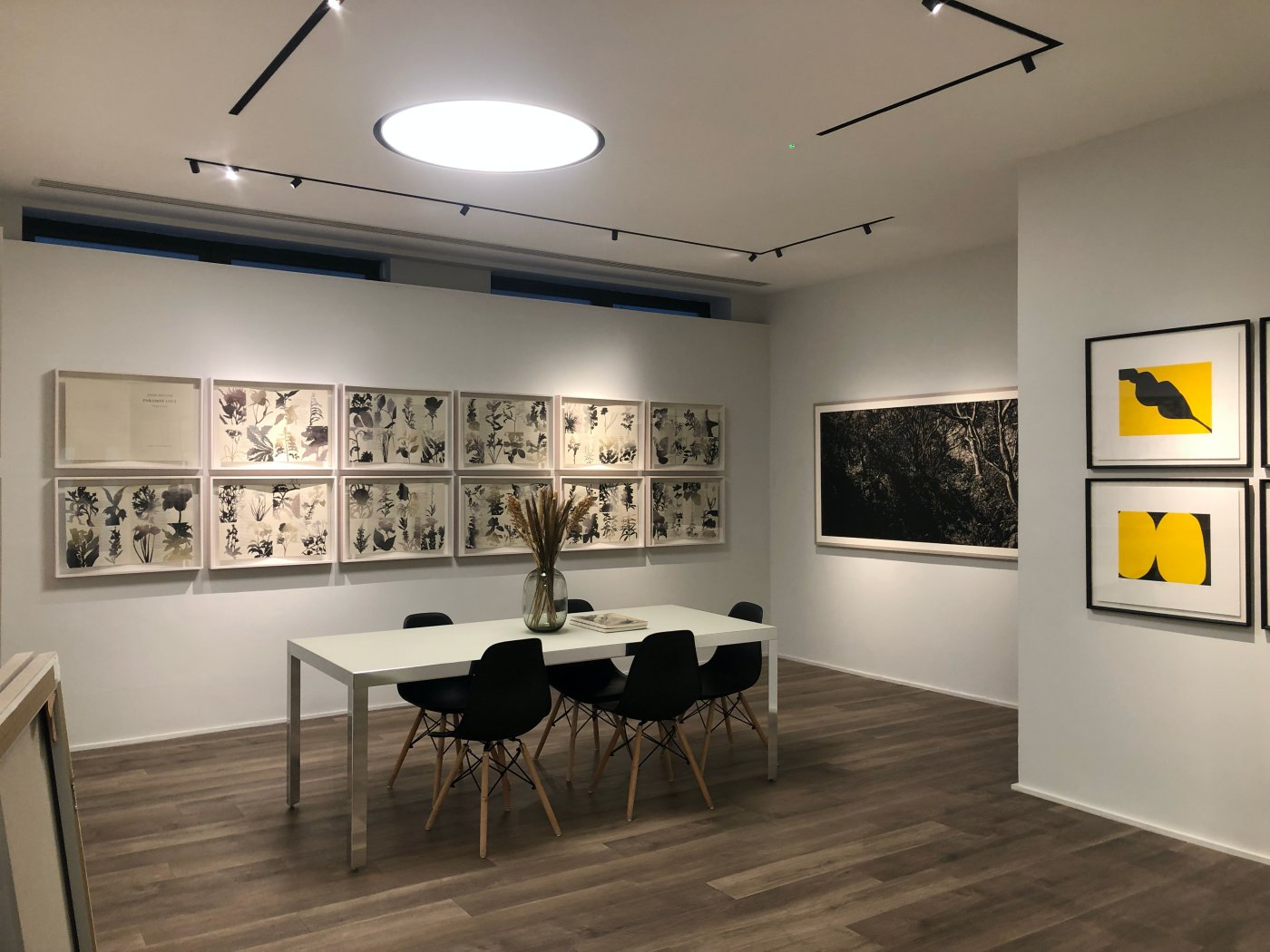 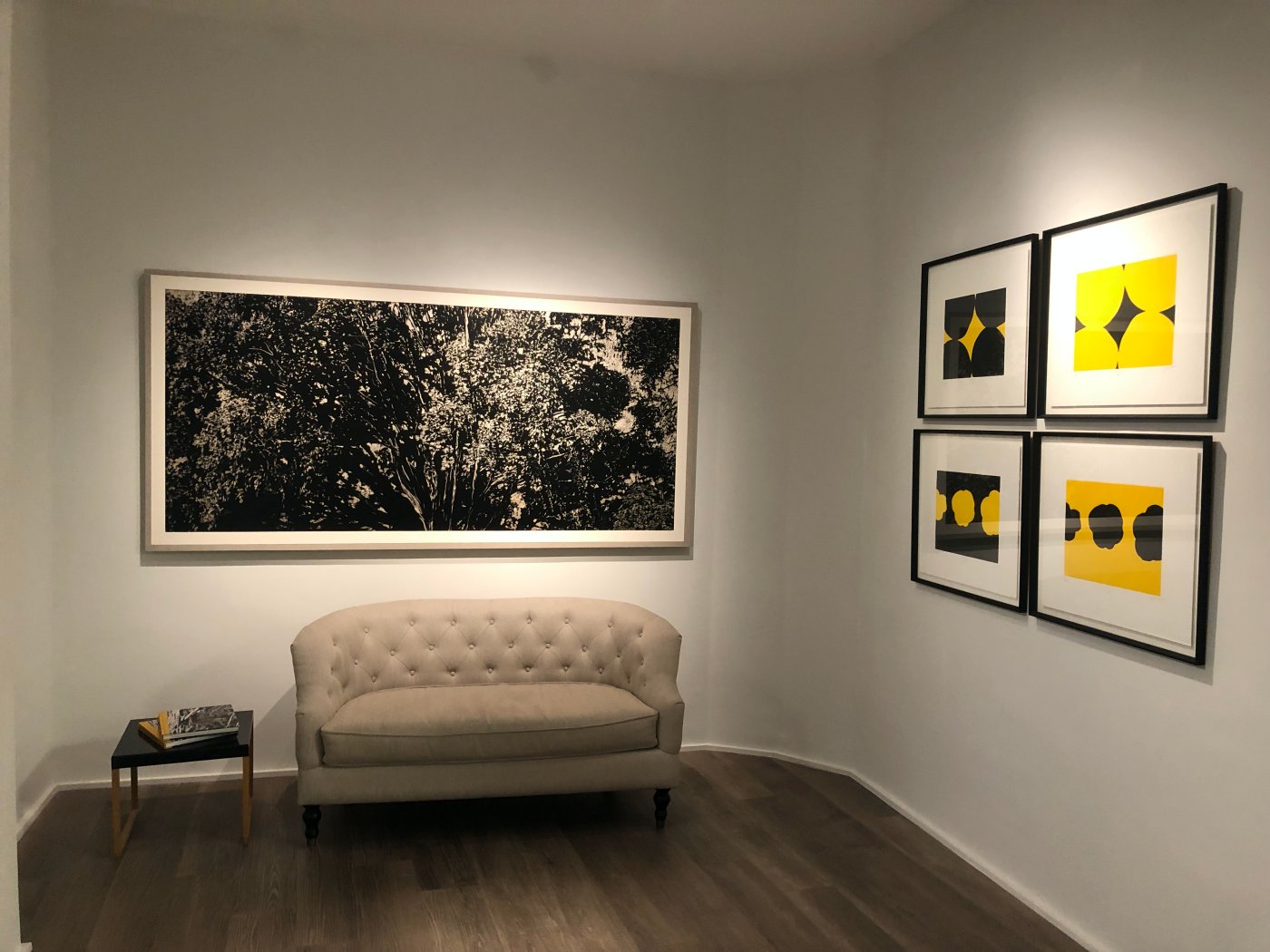 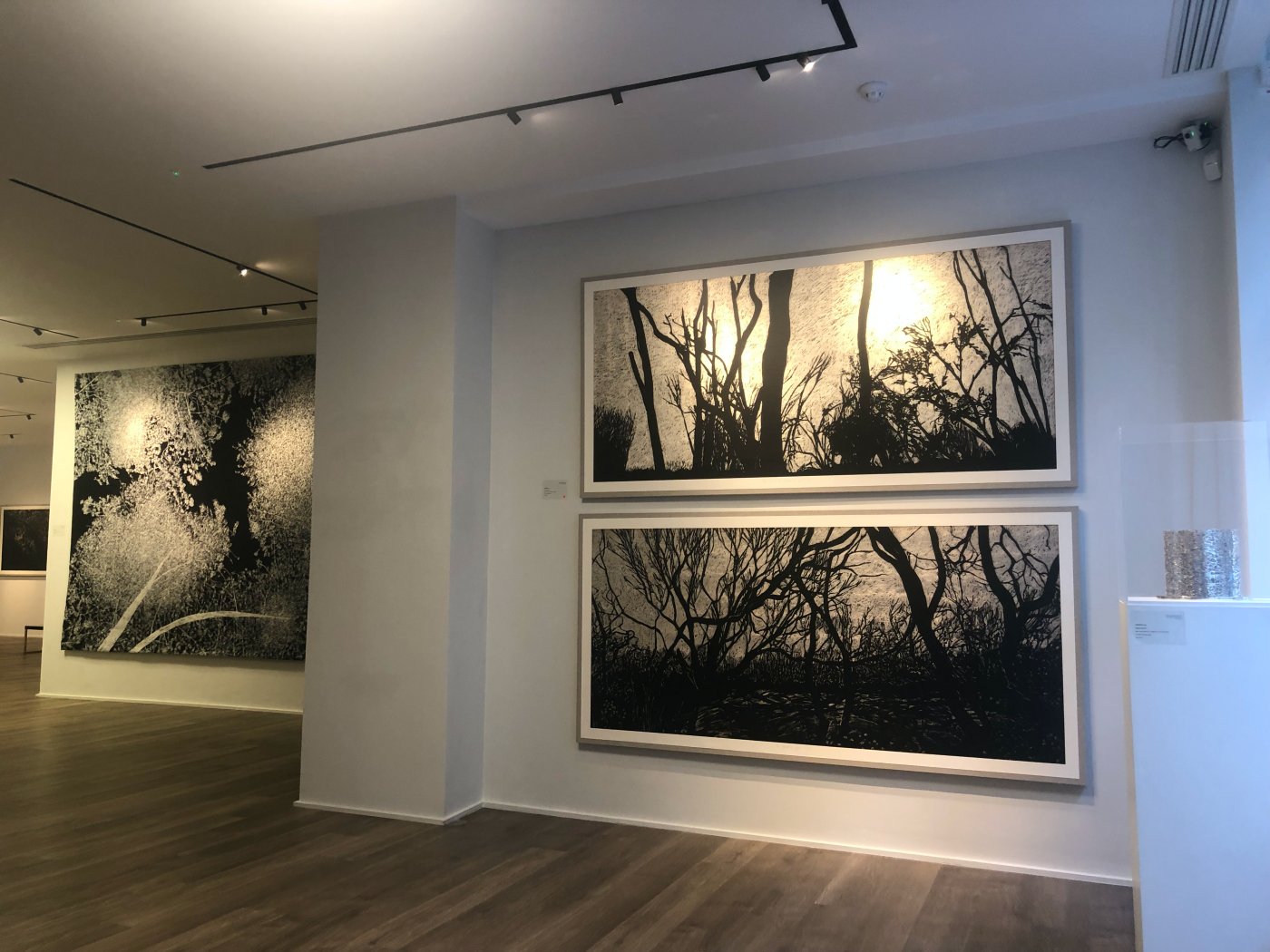 Hendrix explores the fragility of the natural world and the transformation of landscape through man’s intervention.

This exhibition focusses on two particular contrasting landscapes: the land around the Bundanon Trust, New South Wales where Hendrix has had several residencies, learning about the landscape along the Shoalhaven River and the work of the trust with the Dharawal people to preserve this ‘first landscape’. The other is further north, nowadays a suburb of Sydney, called chronologically, Stingray Bay, Botany Bay and now Kamay. The bay was the first landing point of Captain Cook’s famous 1770 Endeavour expedition and was the place of the first collection of many plant species by the botanists on board, Sir Joseph Banks and Daniel Solander.

Kamay Botany Bay was once beautiful and pristine, teaming with endemic flora and fauna. The botanists, Banks and Solander, collected hundreds of cuttings in the bay and along the Endeavour River in Queensland. They pressed specimens within the loosely bound uncut pages of a 1719 book, Notes on Paradise Lost, by English writer Joseph Addison. Today, Kamay Botany Bay is virtually unrecognisable from the place the explorers found – the landscape has been replaced by the suburbs of Sydney, an airport, a container port and an oil depot.

Historical material, collected by Banks and his companions, illustrating and documenting the first encounter between explorers and the Australian landscape, created a starting point for a body of work by Hendrix. Through the prism of contemporary art, Hendrix explores the beauty and fragility of our natural world and its deterioration to make way for contemporary human existence. The exhibition highlights the devasting impact that we have as human beings on our planet – by using the example of Kamay Botany Bay and how it has been irrevocably changed after 1770.

Passing Through will show works from the series Sylva, made for Paradise Lost, at the Royal Botanic Gardens, Kew, these are a striking series of silkscreen prints on silver leaf that echo the sense of loss and fragility of a landscape. The exhibition will also feature a new series of works based on the observation of shadows and the clear skies above Mexico City during the most stringent period of the Covid lockdown. Hendrix reflects on the intense light and sharp shadows, results of the disaster that is Covid. Two vast monochrome tapestries will be exhibited evoking the dynamic texture and capture the beauty of a landscape that is endangered.

“Joseph Banks lived in a moment of continuing explorations and expeditions during which the world was fiercely remapped and re-divided amongst powerful nations. What interests me is what happened afterwards. How that moment defined how we are living now. It is the before and after of a situation – first it was discovered and then it was destroyed. I am inspired not so much by Banks, but by the moment in time, that led to where we are now. The beginning of our times – the beginning of travel and the travel of seeds and plants and how that changed the face of the planet in the sense of agriculture and habitat and in the sense of culture and identity.”