For her solo debut in China, the New York-based artist Joanna Pousette-Dart presents 10 new paintings at Lisson Gallery Shanghai. These new works, created specifically for the exhibition, feature paintings that continue to explore the curvilinear format, which are a means of expressing her perceptions of the natural world and have become signature elements of her work. 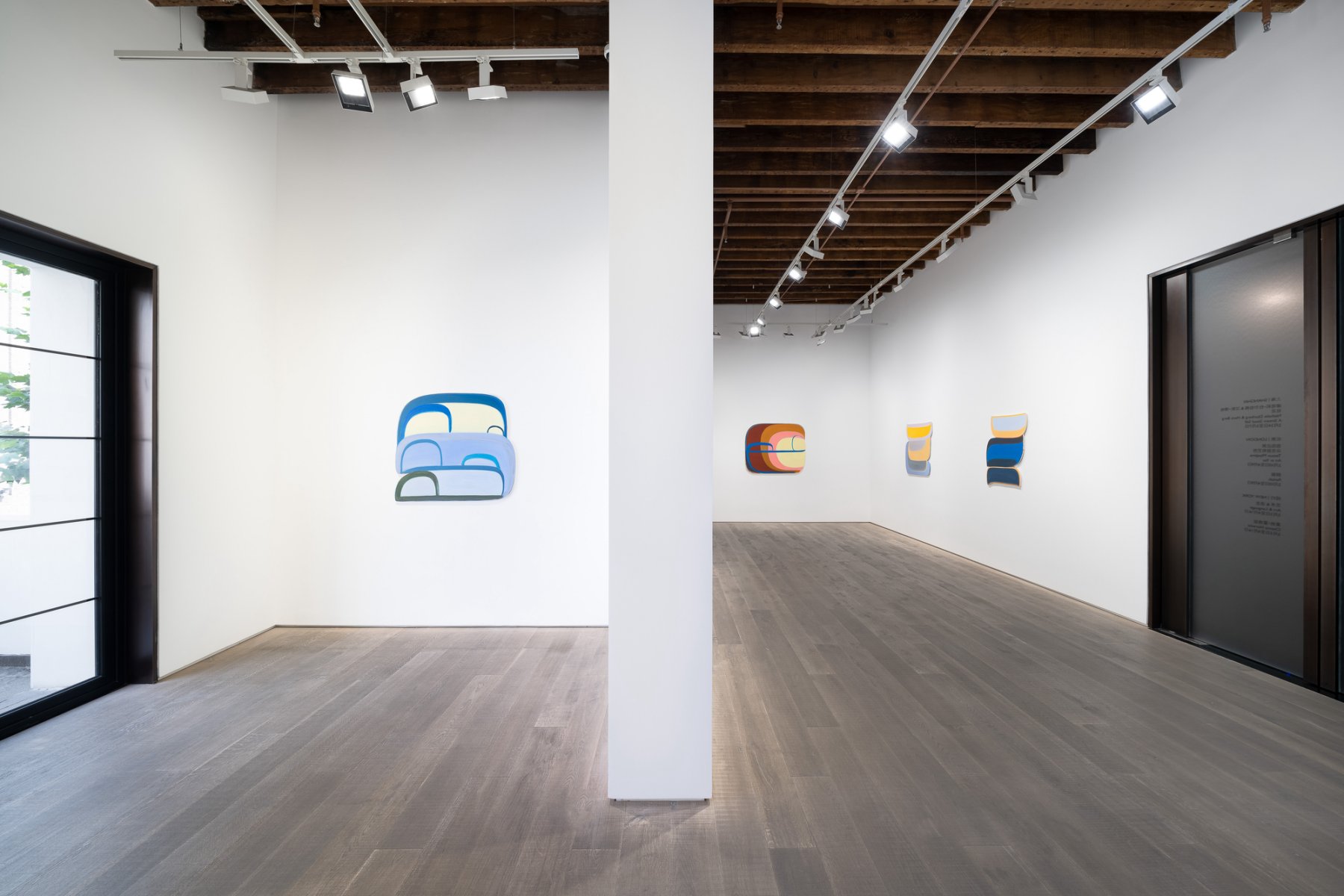 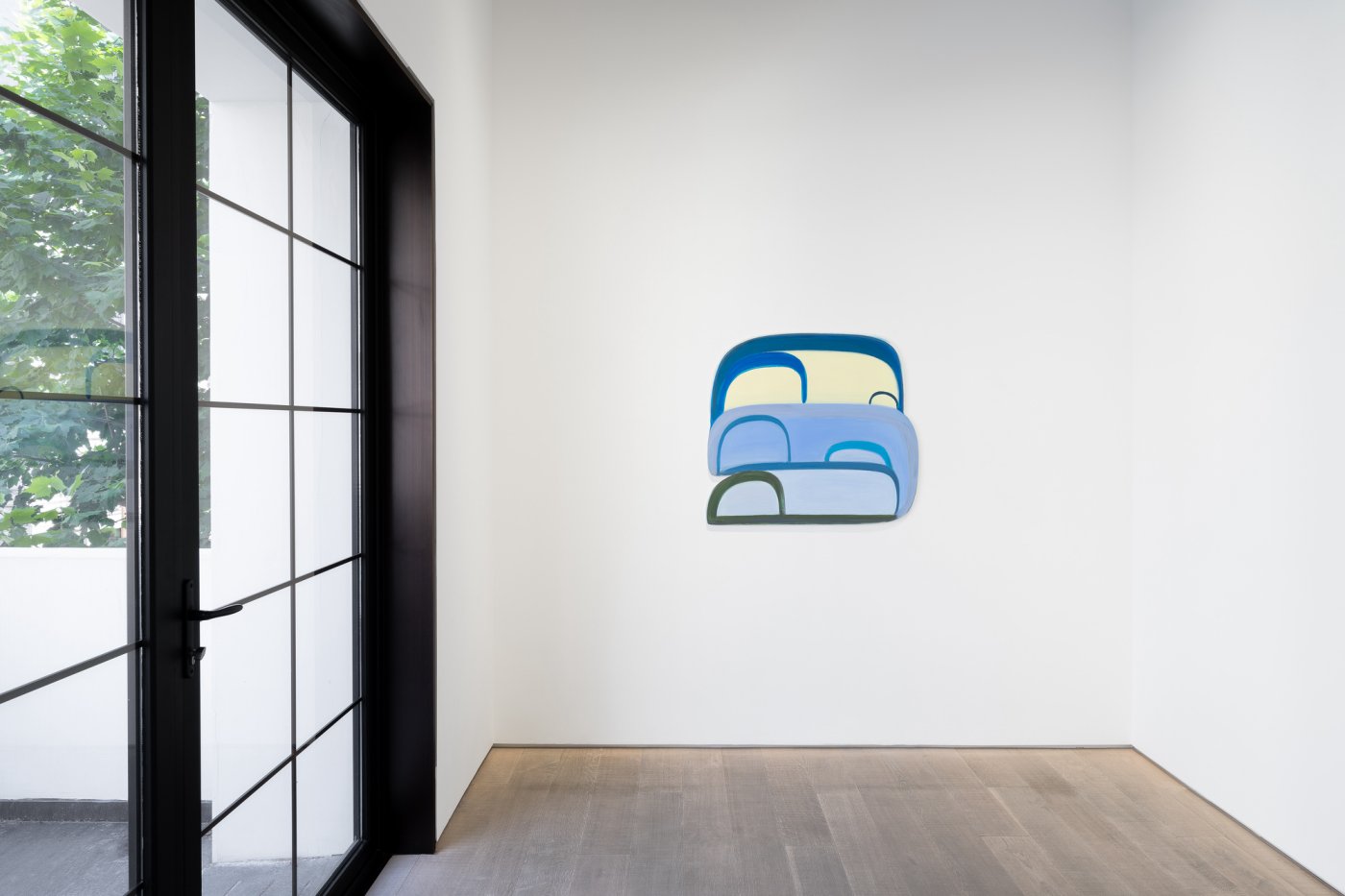 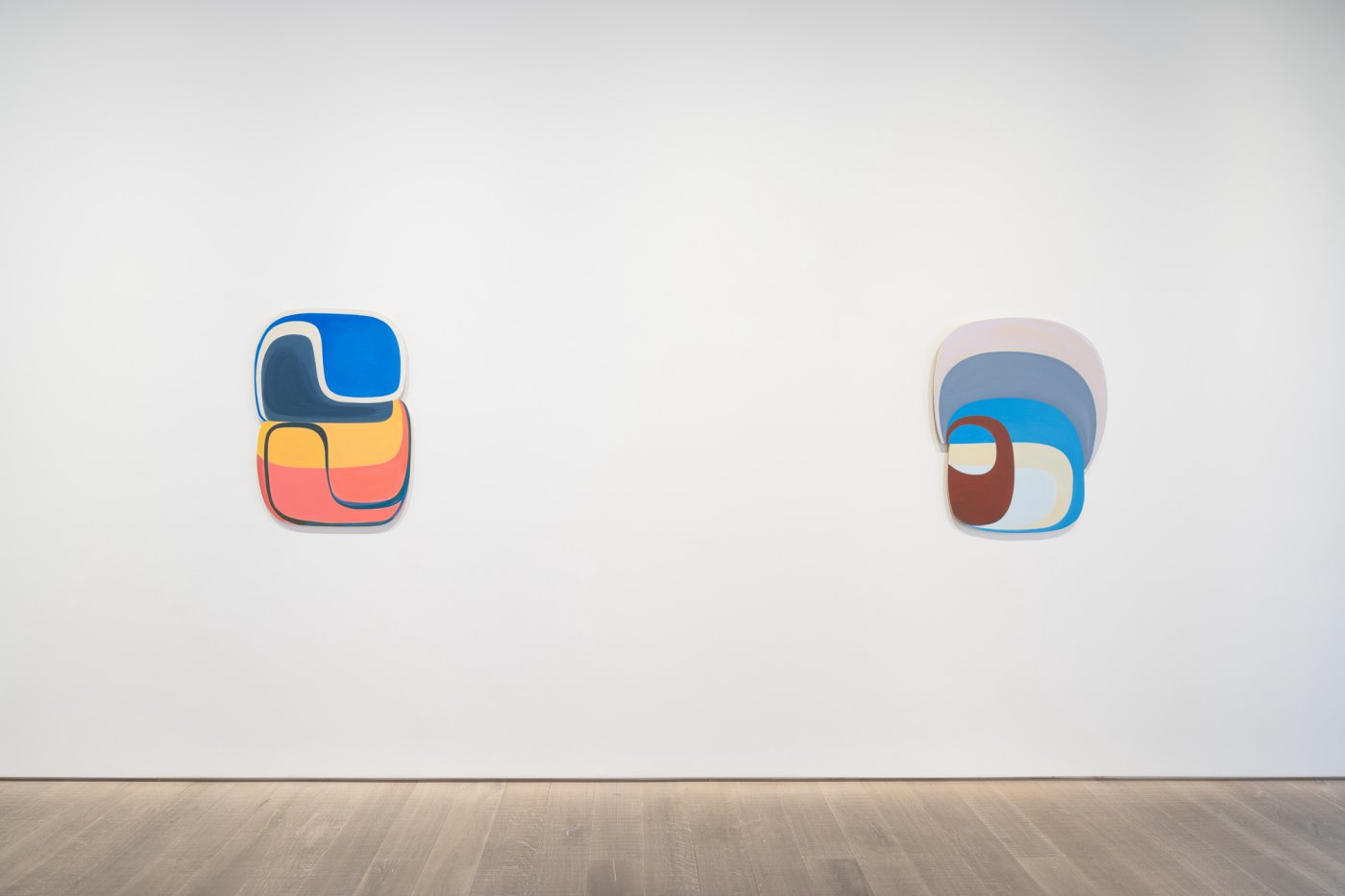 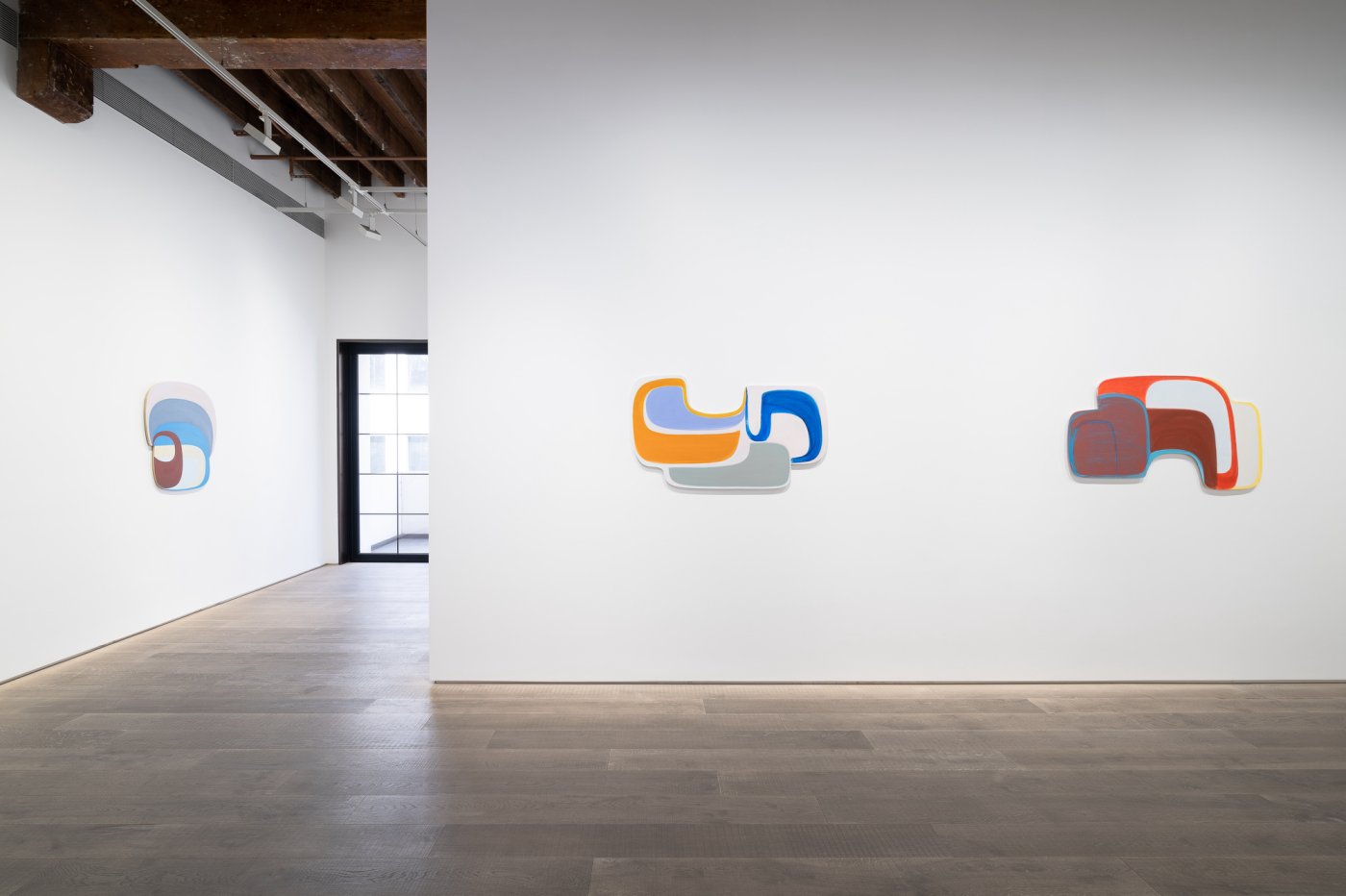 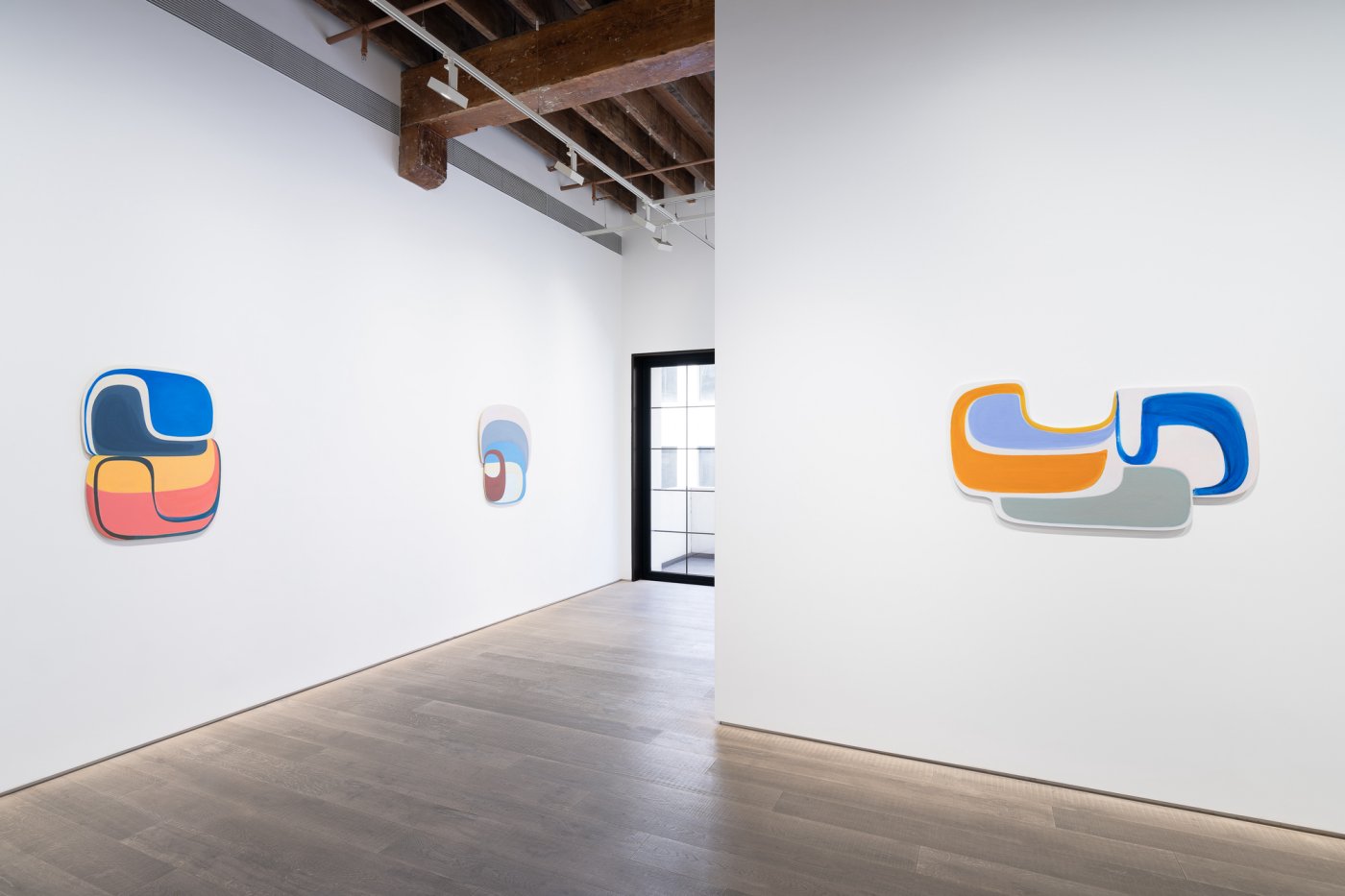 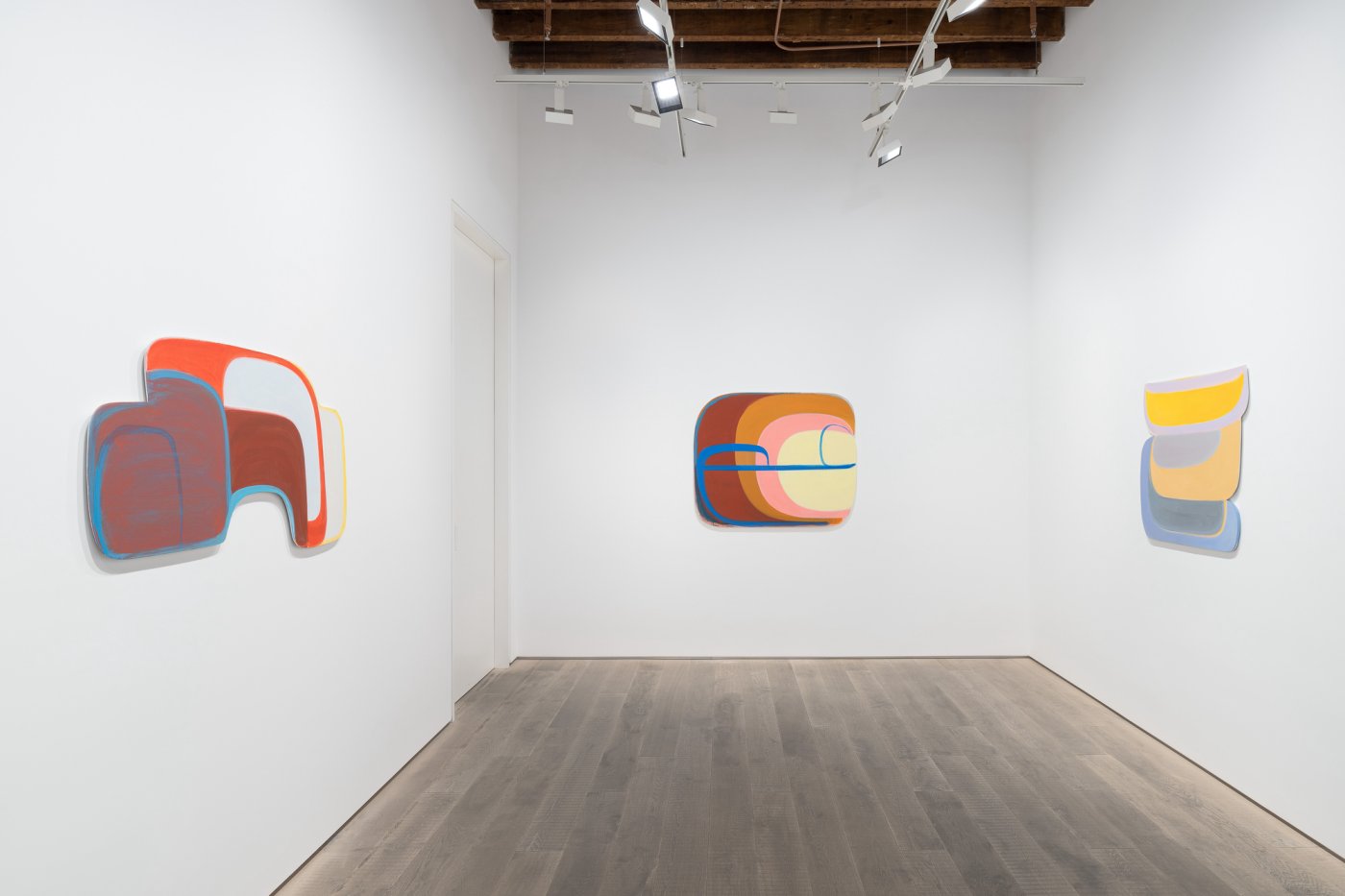 By melding all the components of a painting into an active and dynamic interplay between shape, form, line and colour, the paintings suggest the sense of flux, movement and ambient light one encounters in nature. This presentation follows Pousette-Dart’s solo presentation at Lisson Gallery London which was on view from November 2021 until January 2022.

Pousette-Dart grew up in a family steeped in the arts. Her father and grandfather were painters, and her mother and grandmother were poets. The daughter of Richard Pousette-Dart, a well-known member of the first-generation Abstract Expressionists, she absorbed much through osmosis while also drawing her own inspiration from myriad sources, such as Mozarabic manuscripts, Romanesque paintings, Mayan and Islamic art, Chinese landscape painting and calligraphy. Refusing to be defined by one movement or aesthetic, she has pursued her own visual language with a poetic approach to image and format through abstraction. The experience of visiting the Southwestern desert of the United States proved to be a turning point in her work.

Pousette-Dart travelled to New Mexico in the mid-1970 and it became a place to which she constantly returned. In the late 1980s, after spending time working in the environs of the Galisteo Basin, she began to reconceive the structure of her paintings. Being in an enormous expanse, surrounded by distant mountain ranges in each direction, provided Pousette-Dart with an increasing awareness of the primal relationship of figure to horizon, the seeming curvature of vast space and the editing element of one’s peripheral vision. In the 1990s, she abandoned the rectangular format and began experimenting with shaped panels, adopting a language of form that evolved out of her perceptions of nature, its vastness, prismatic light, and the ever-changing dialogue between earth and sky.

The configurations of these 10 paintings suggest they are composed of separate panels as seen in Pousette-Dart’s larger works, but they are in fact singular panels which visually imply divisions. The drawing of shape and line within the panels resist serial repetition and each painting seems to have its own sense of light and its own particular stance, as though embodying a momentary convergence of elements that might shift and change in the next instant. Amongst the 10 paintings, two are configured in forms with a hollow on either the top or bottom edge of the canvas. Different from Pousette-Dart’s typical smooth, long curvaceous lines, the irregularity evokes the shape of clouds or elements of landscape, further extending the formal and poetic exploration at the core of her practice.

The dynamic sense of space and movement in these works is reinforced by Pousette-Dart’s manipulation of colour, which shifts subtly in tonality from light to dark or warm to cool. Instead of a fixed palette, there is an identifiable quality of light through the interplay of blues, ambers, oranges, yellows and grays which translates as a carefully orchestrated sequence of change.

All the works presented in this exhibition are untitled, allowing space for individual interpretation. To Pousette-Dart, the power of abstraction is that viewers find their own way to connect with a painting while the harmonic convergences of line, form and colour set off a certain sensory connection which transcends a single meaning.