Flowers Gallery presents an exhibition of works by the late Scottish artist John Bellany (1942-2013), bringing together paintings from across his career. 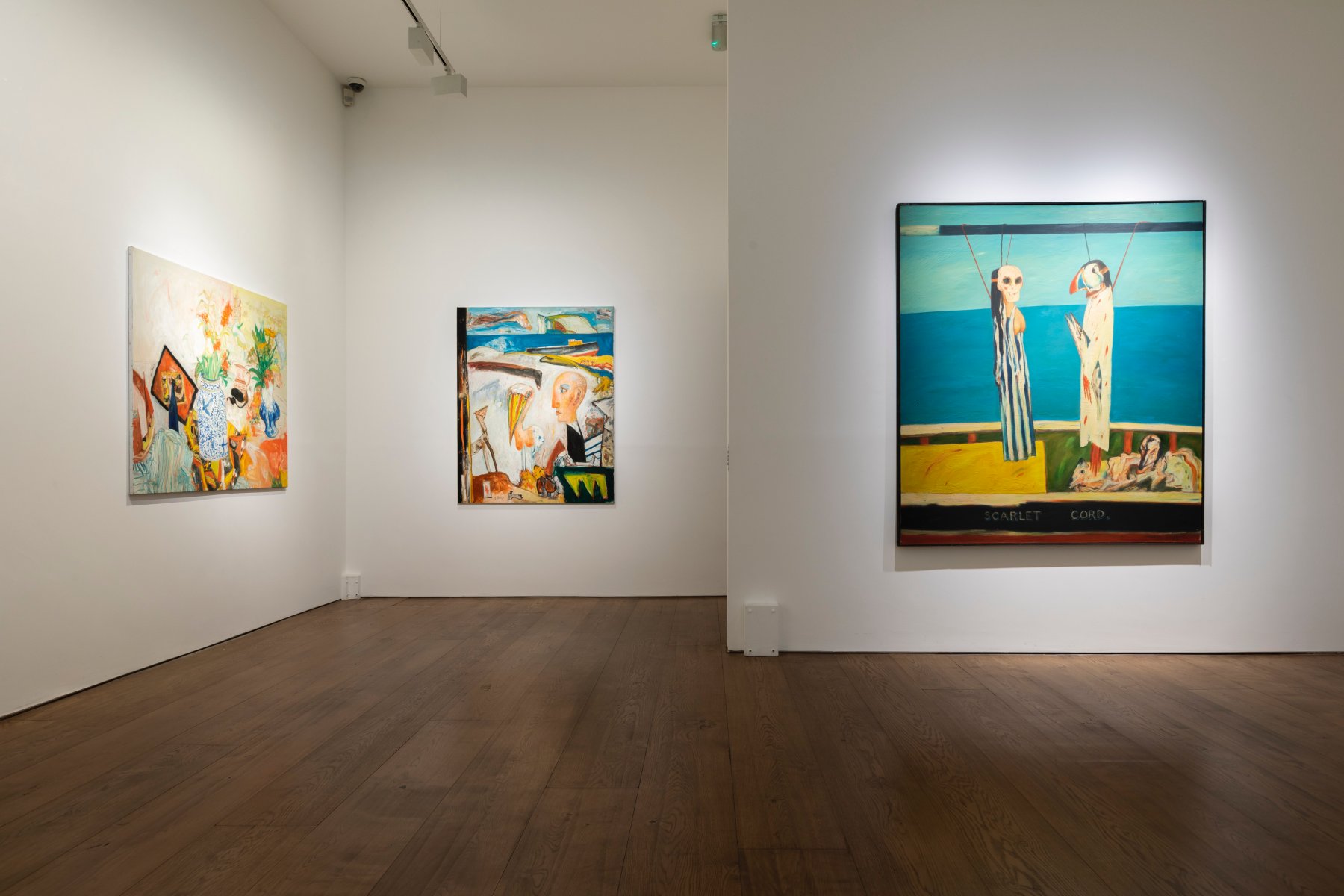 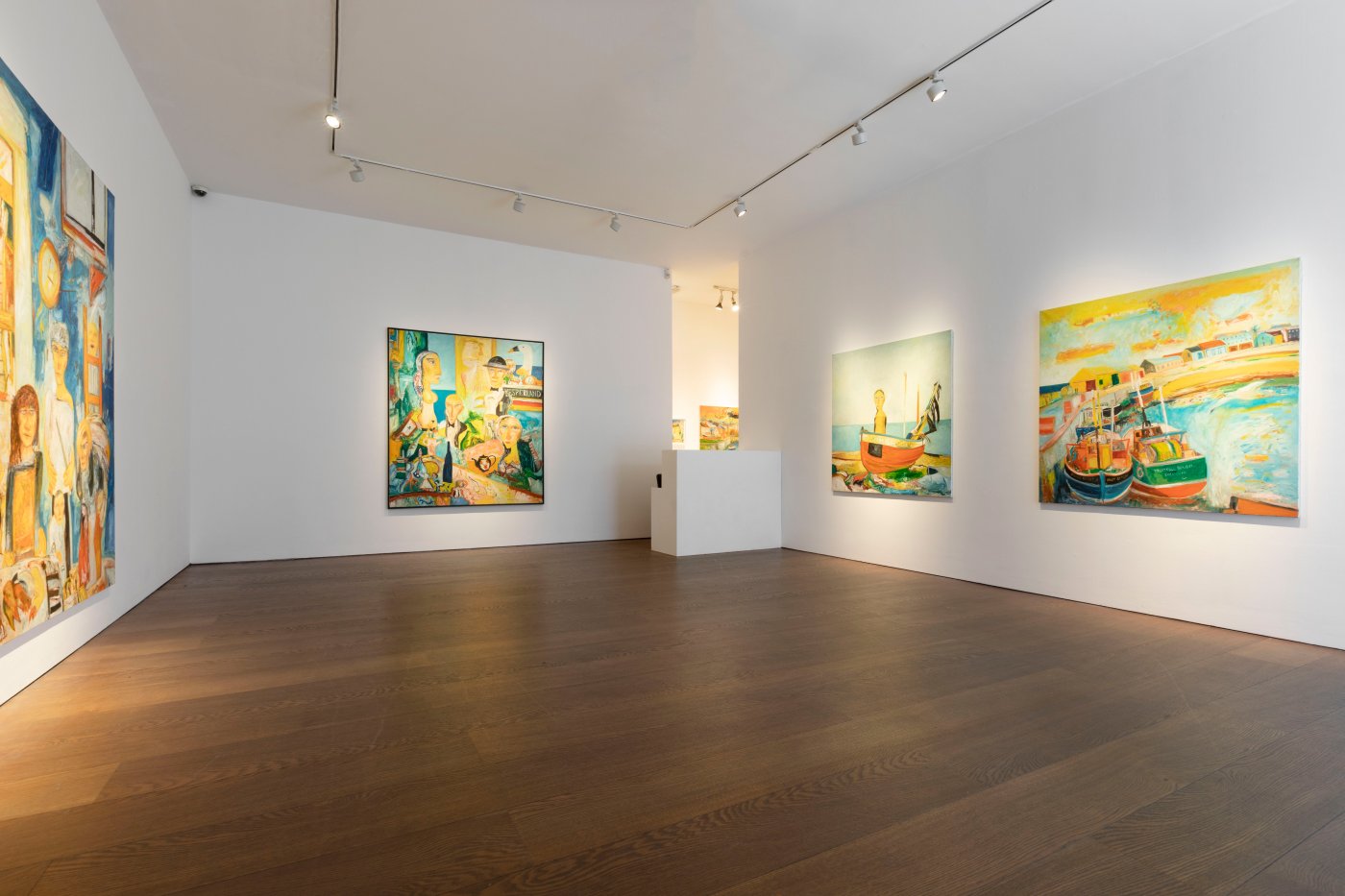 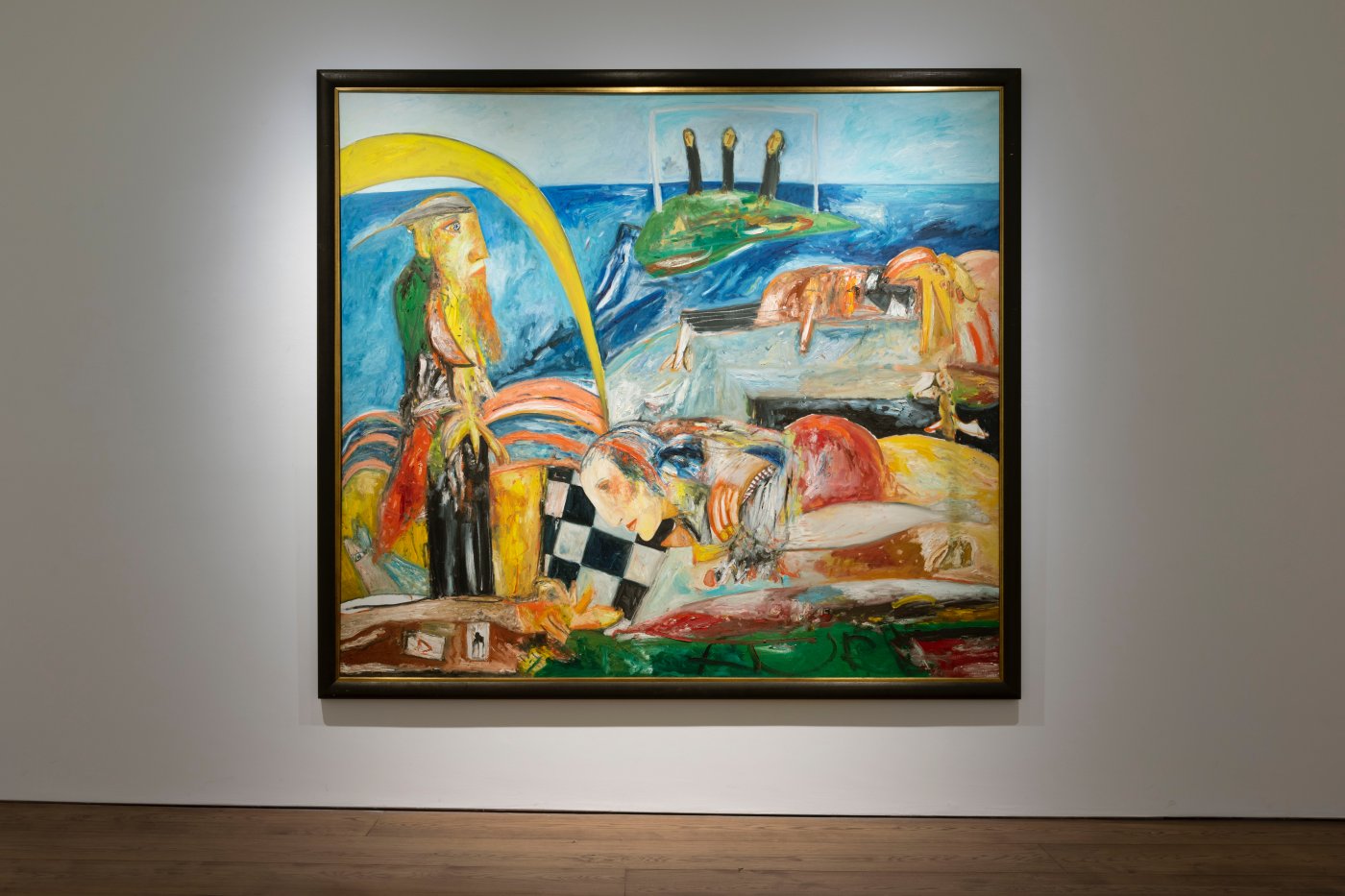 From the 1960s onwards, John Bellany’s powerful artistic vision drew renewed attention to Scottish painting and went on to influence a new generation of artists. Bellany was brought up in the tough seafaring community of Port Seton, East Lothian, Scotland and the lasting impact of the sea and fishing could be seen throughout his life’s work.

The Calvinist Christianity of his childhood had an enduring impact on Bellany’s imagery and existential questioning. Interwoven with many tender and poetic works, full of mystery and poetry, Bellany’s paintings of masked figures and visions of phallic imagery, anthropomorphic creatures, seductive feminine figures, owls and skulls suggest a turbulent preoccupation with death and desire, the sacred and the profane.

Bellany travelled extensively, and his work often reflected his changing surroundings from Europe to Australia and China. Several of the paintings in the exhibition are painted following time Bellany spent in Mexico City in the mid-1990s, an influential period that he described as becoming “gigantic” in relation to his work. It was during this time that Bellany witnessed the rituals of the Day of the Dead and the Feast of All Souls, and was inspired by the shared expression of loss and the communal celebration of life and death. The colours of Mexico also provided a chromatic intensity to works from this period, reflecting his impressions of the radiant sunlight and vivid tones of the surrounding landscape. He wrote: “It really was shimmering red against the deep blue sky. It was opening my eyes to colour, and I was intoxicated by it.”