There’s all these different variations . . . coming out looking like the sculptures that are what you might call the signature mark. The stance, and the rhythm, and the tilt are all in there. . . . But I went at the materials the way the materials evidently told me to. You squeeze one and you wad another, and you melt another . . . so these peculiarities were starting to pay off for me.
—John Chamberlain

Gagosian is pleased to present Stance, Rhythm, and Tilt, an exhibition of sculptures by John Chamberlain (1927–2011). Curated by art historian Susan Davidson, organizer of the artist’s 2012 retrospective at the Solomon R. Guggenheim Museum, New York, the exhibition takes its title from a conversation between Chamberlain and poet Robert Creeley, and gathers work made over a sixty-year period. 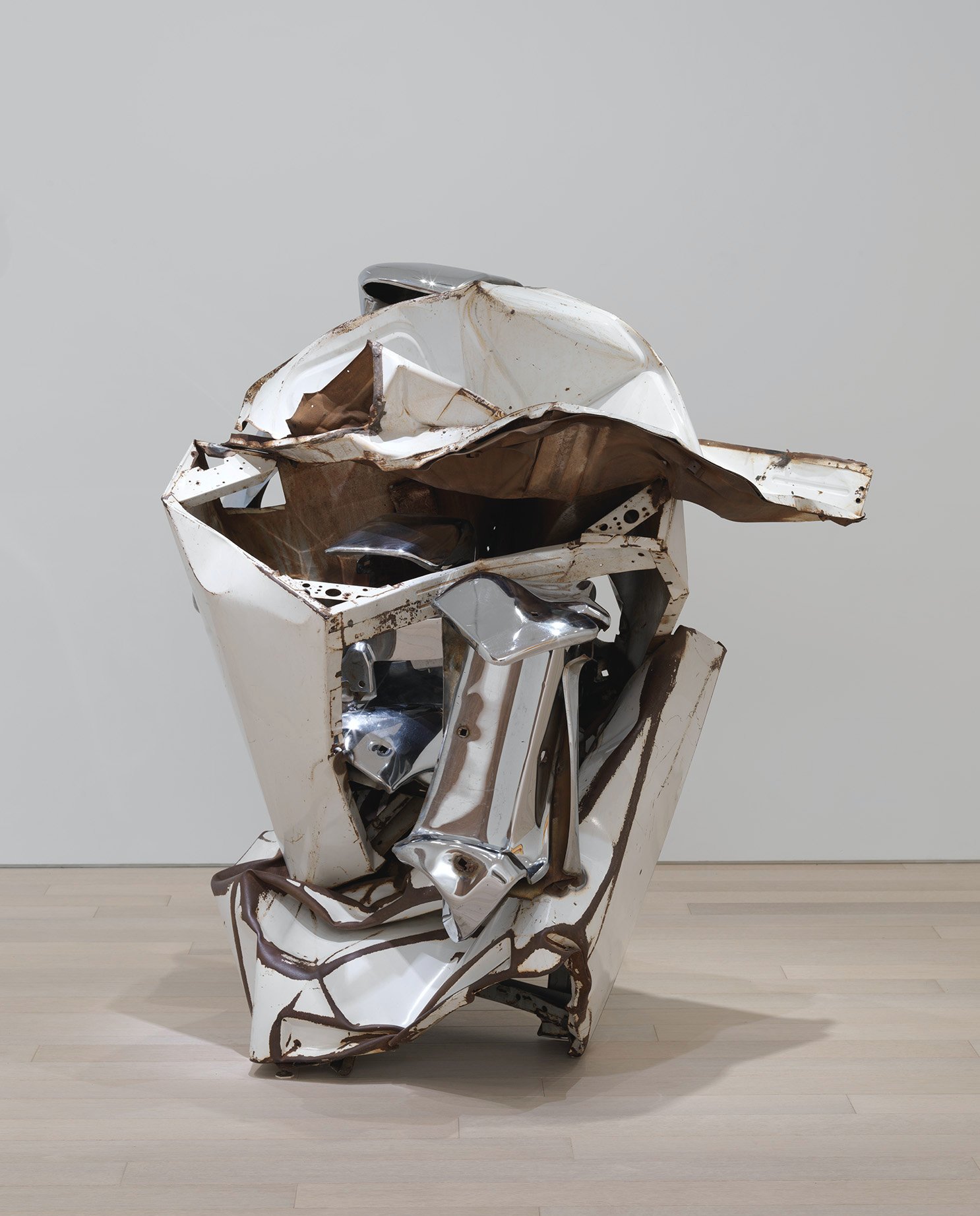 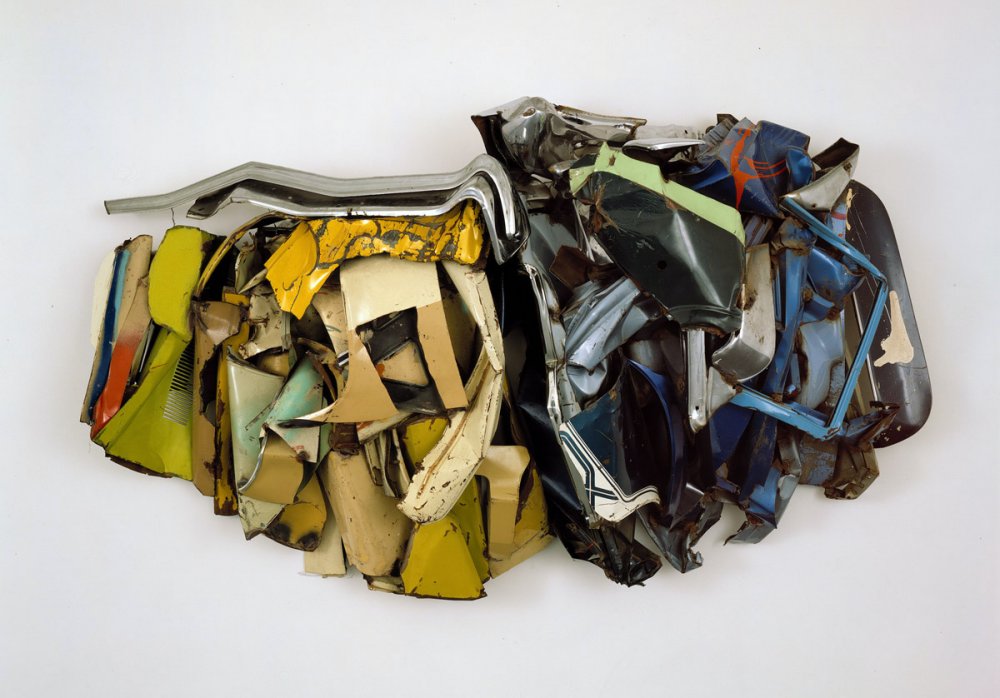 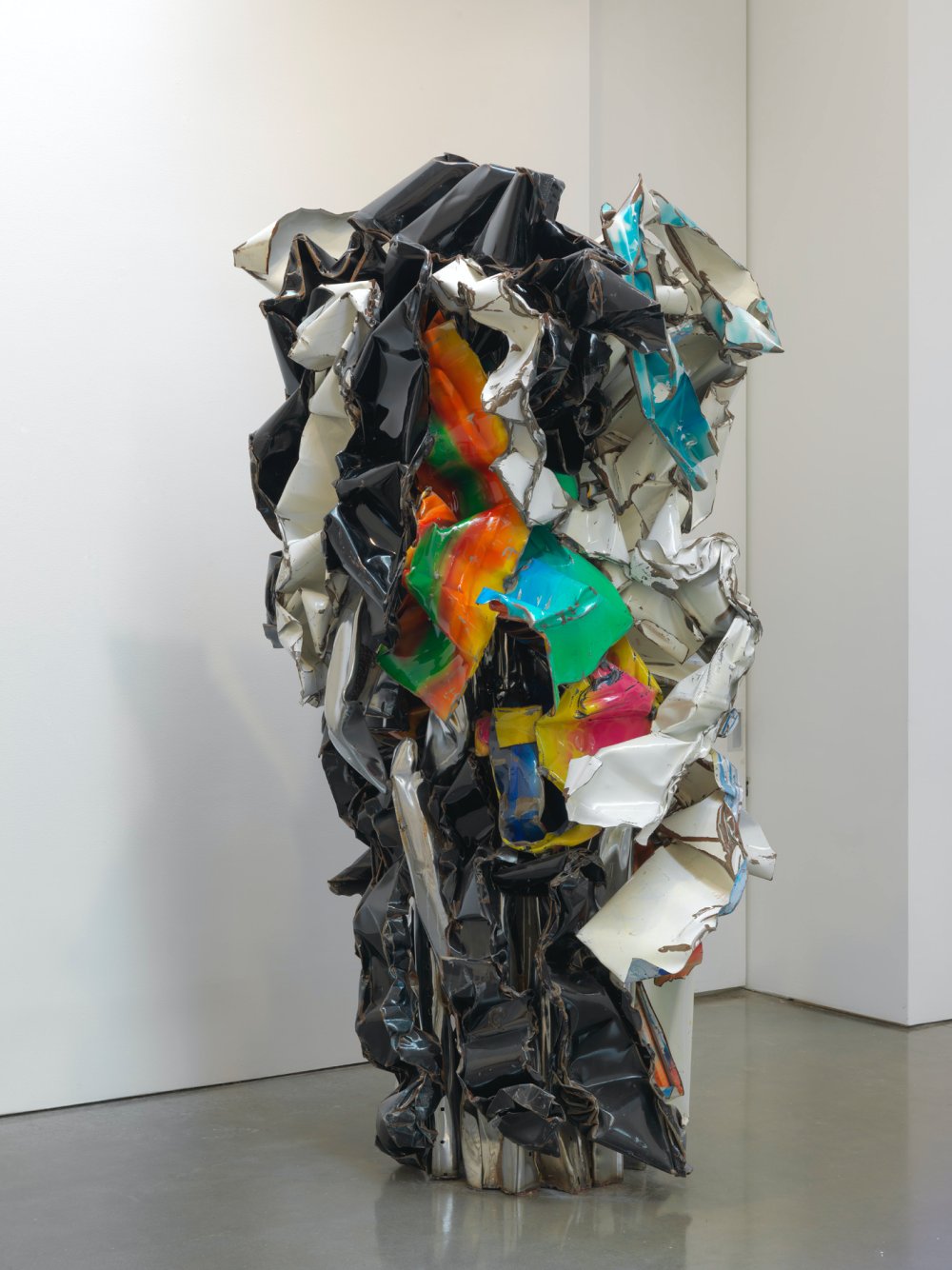 The Aaron Diehl Trio will perform in the gallery during the opening of the exhibition on Tuesday, September 28, from 4 to 7pm. Diehl will play a Steinway D; Aaron Kimmel, the drums; and David Wong, the standing bass. Chamberlain was a jazz enthusiast and took up the saxophone himself at the age of seventy-four.

Chamberlain developed his distinctive aesthetic and techniques early in his career, citing the time he spent on an aircraft carrier as a member of the US Navy in the mid-1940s as influential on his understanding of scale and perspective. By compressing metal to generate complex folds and textures, then welding disparate elements together, he arrived at an innovative variant on three-dimensional collage that emphasizes volume and mass regardless of overall proportion. Chamberlain’s profound respect for the inherent properties of his materials is evident in the heterogeneity of his forms and the directness of his process, with the range of works on view also demonstrating the recurrence of certain physical gestures.

The aforementioned works—as well as more recent examples such as Dearie Oso Enseau (1992) and TAMBOURINEFRAPPE (2010)—evince the pervasive influence of Abstract Expressionism, Pop art, and Minimalism on Chamberlain’s thought and method; they also nod to the luxuriant drapery characteristic of High Baroque sculpture. A mercurial approach to color is evident, too: Dearie Oso Enseau features a multihued section surrounded by black and white, while TAMBOURINEFRAPPE is wrapped in red with a crest of multicolored chrome-plated steel. Finally, the works’ obliquely evocative titles reflect Chamberlain’s interest in poetic language, which was sparked by the year he spent studying with poet Charles Olson at the Black Mountain College, North Carolina, from 1955 to 1956.