Yancey Richardson presents Swimming Drunk, an exhibition of photographs by John Divola. The exhibition includes two photographic series that represent the breadth of the artist’s more than 40 year career: Zuma Series (1977-1978), and Daybreak (2015-2020). Both series are a result of Divola’s engagement with abandoned buildings, and his interest in transforming a situation through photography. Thus, the photographs do not serve as mere descriptions of the scenes depicted but instead are offered as artifacts from the artist’s physical and experiential interventions within these environments. 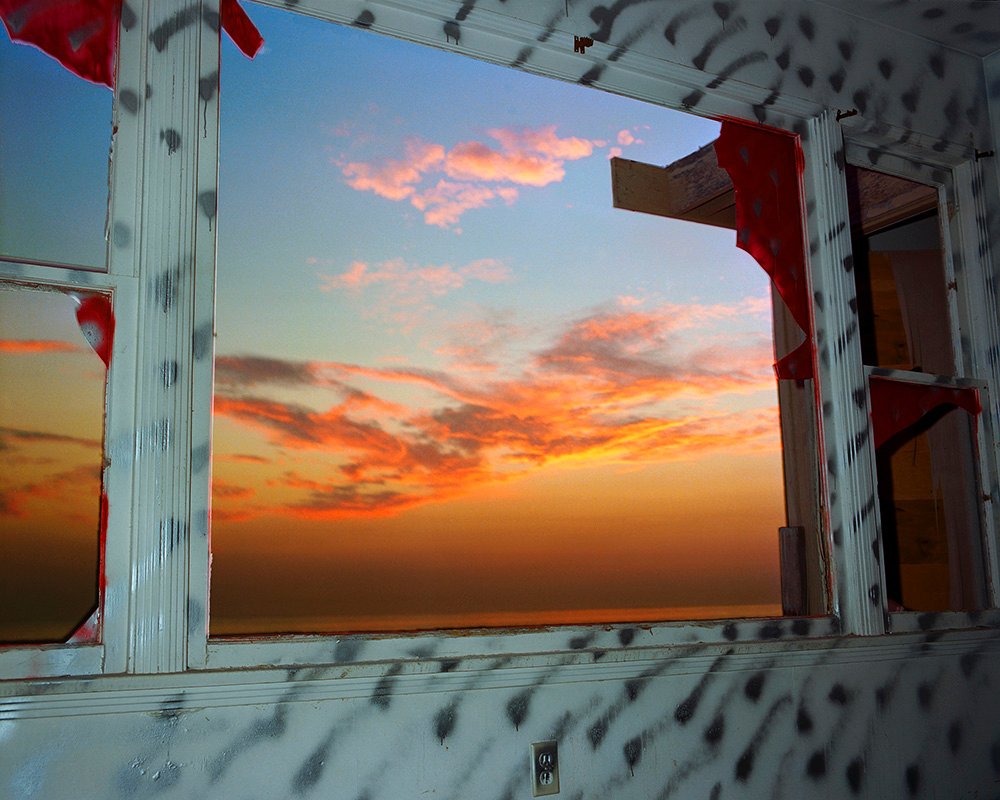 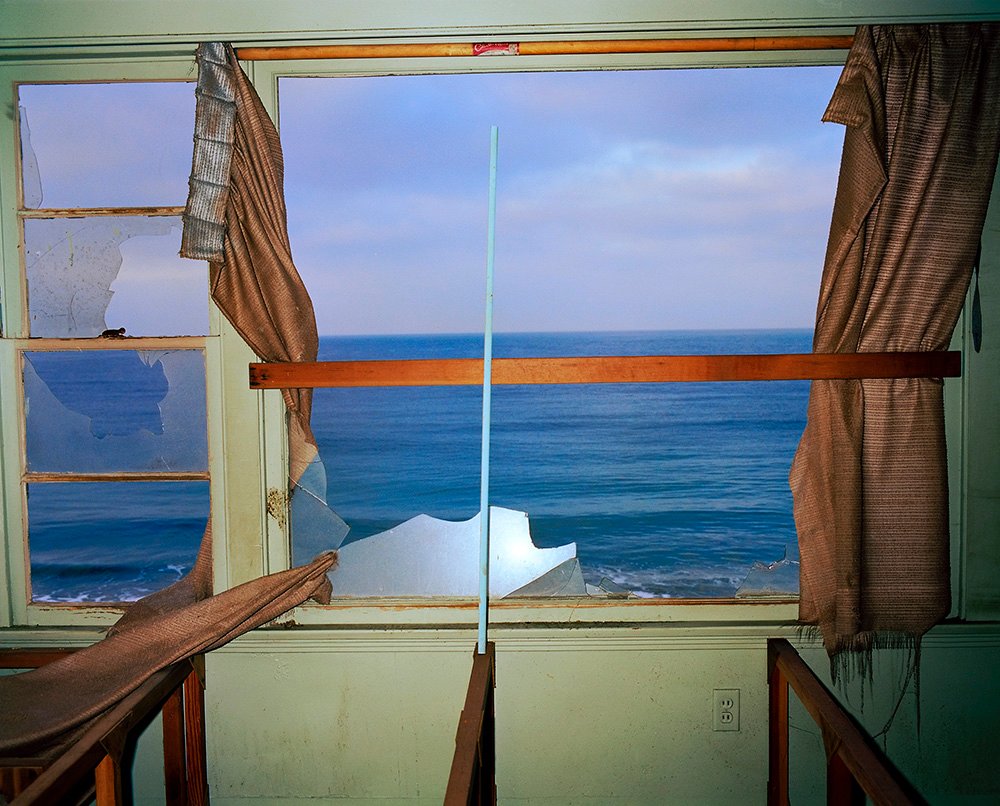 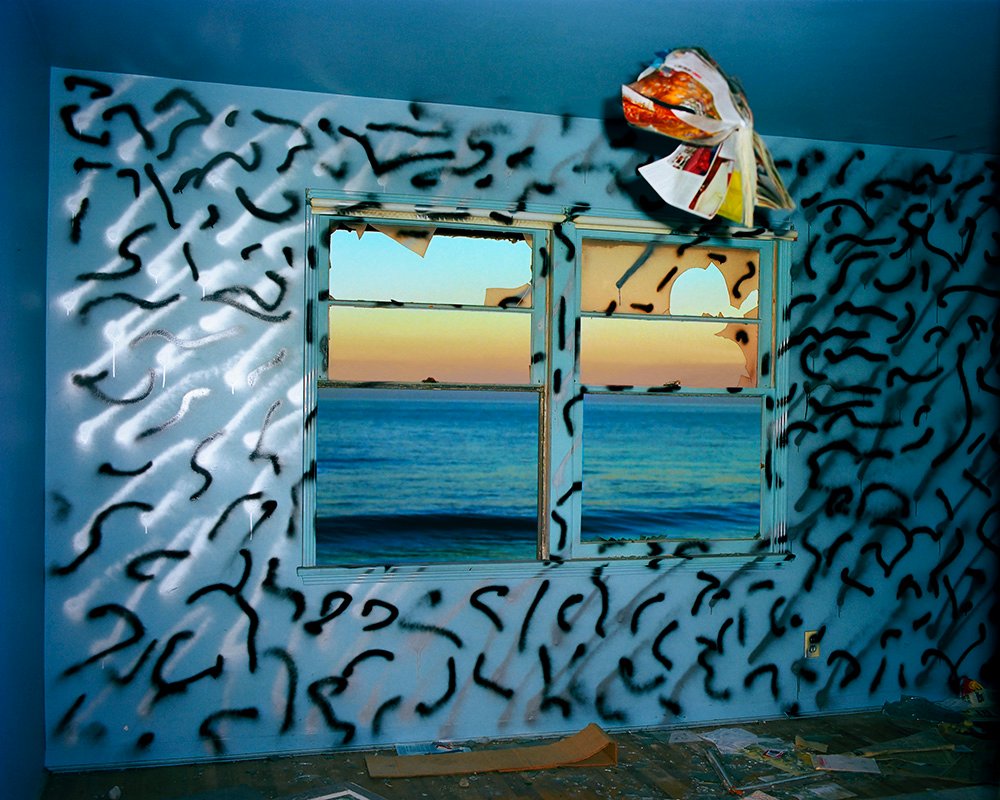 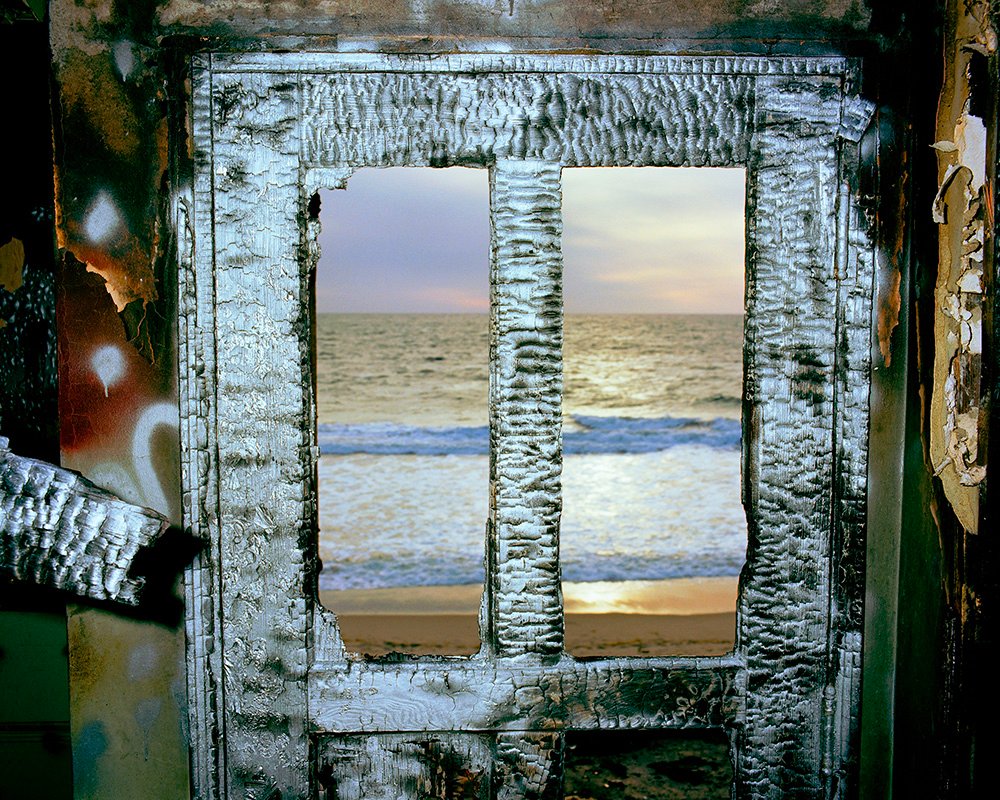 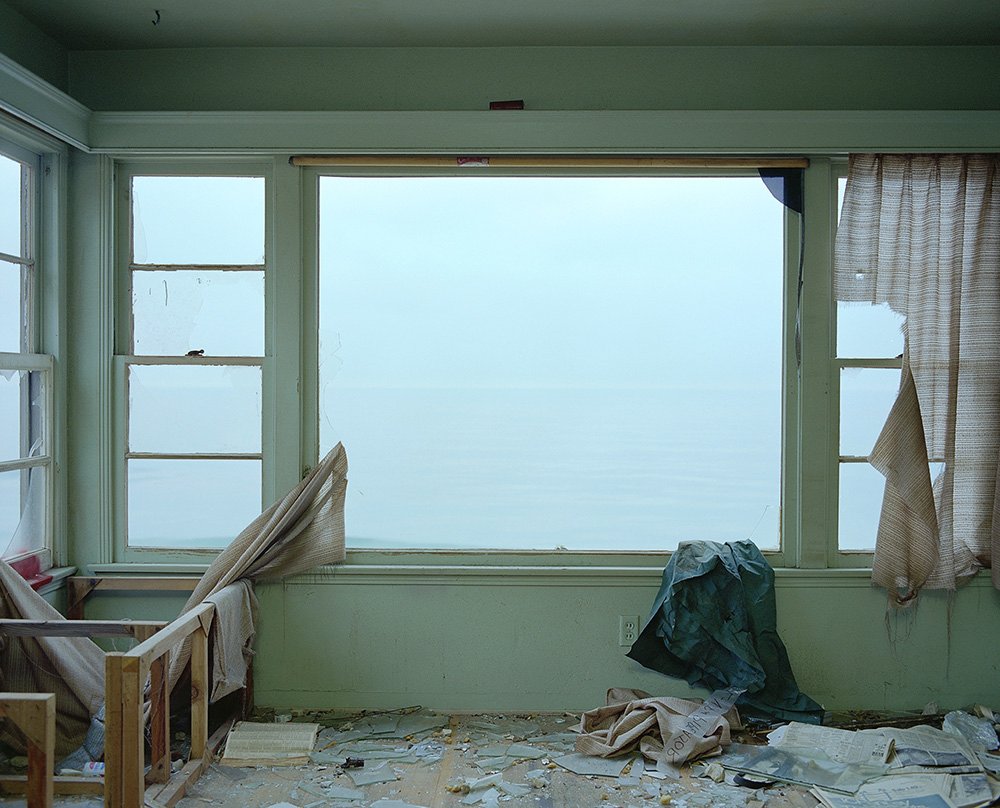 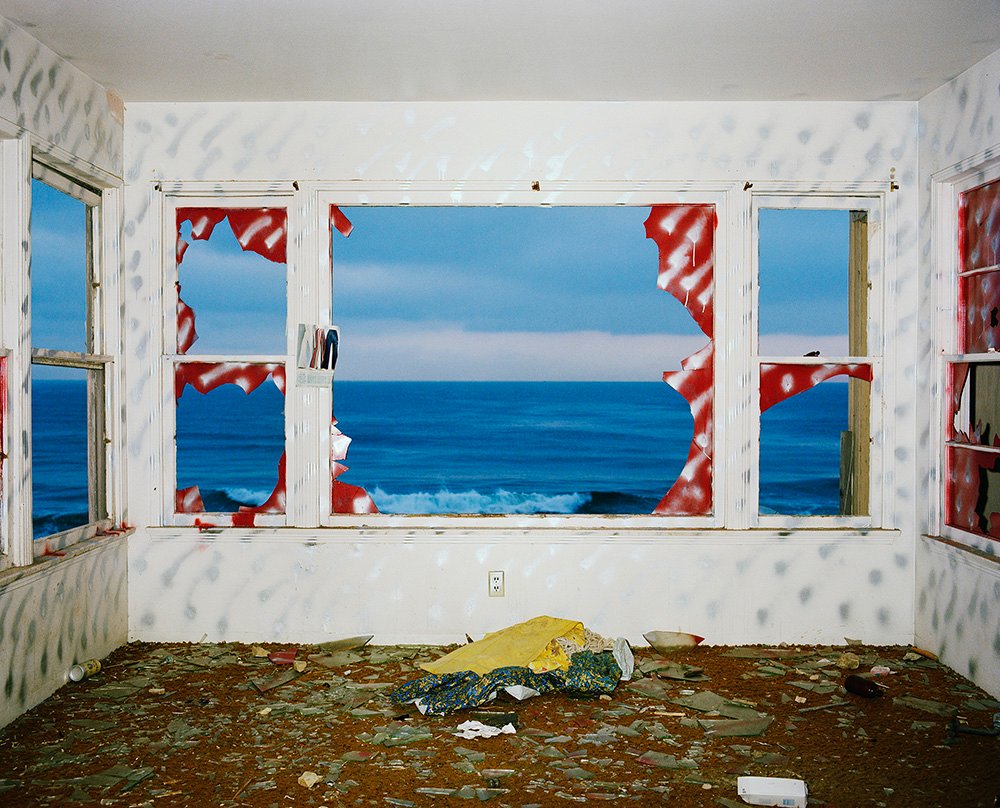 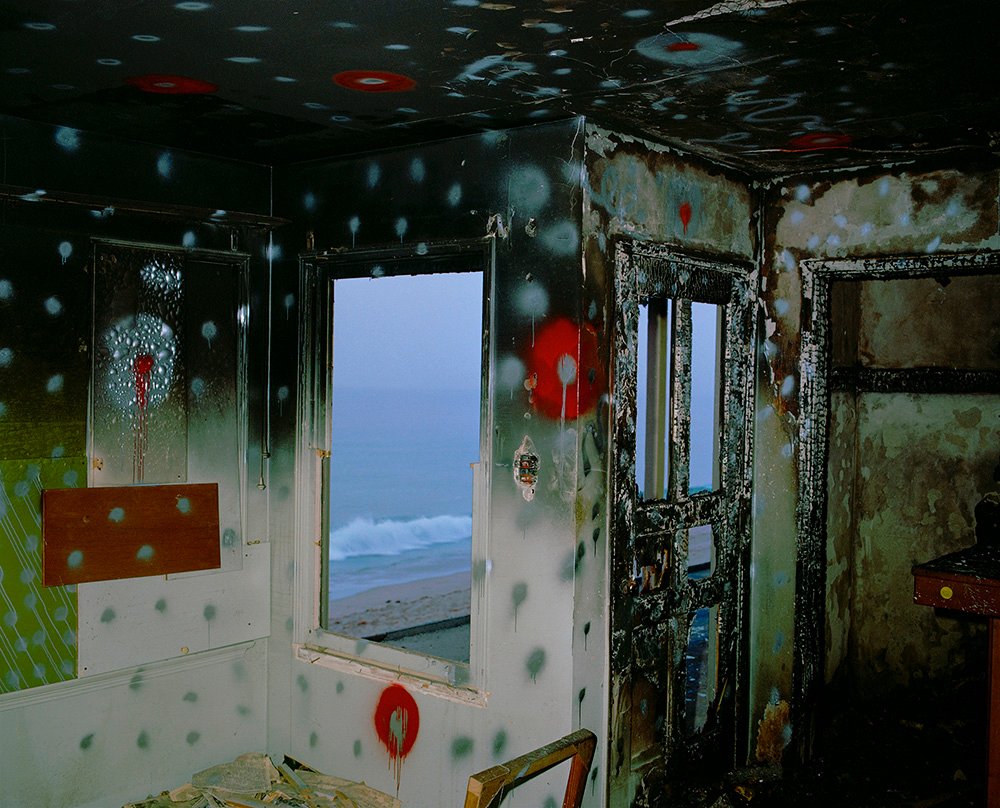 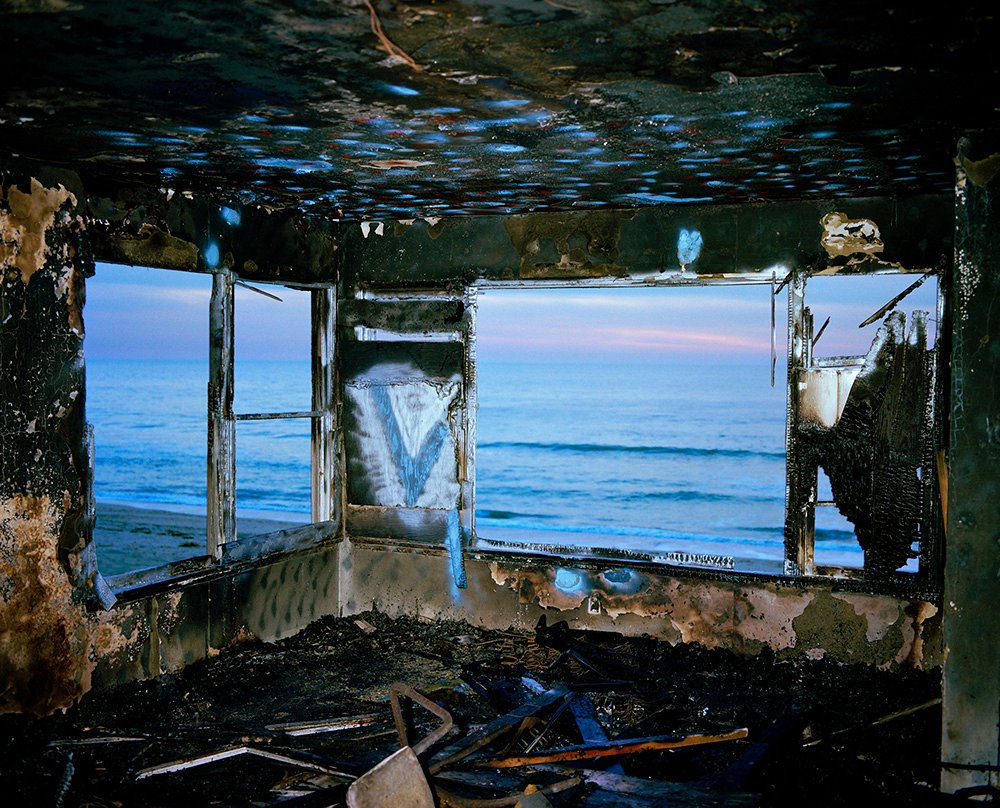 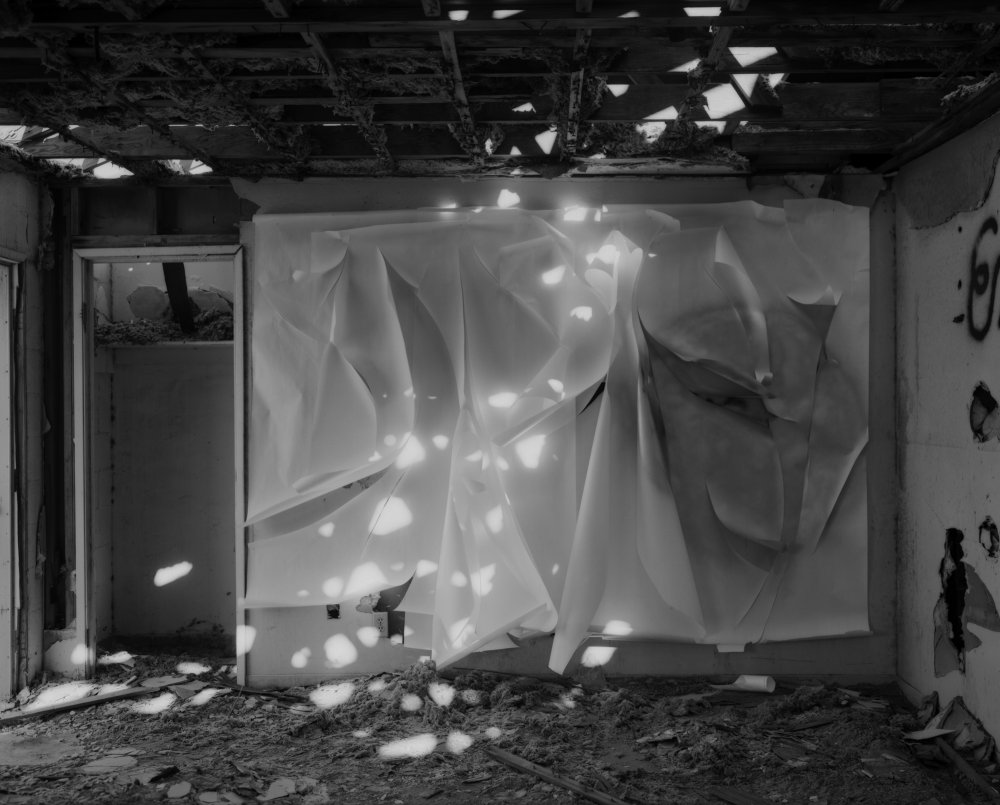 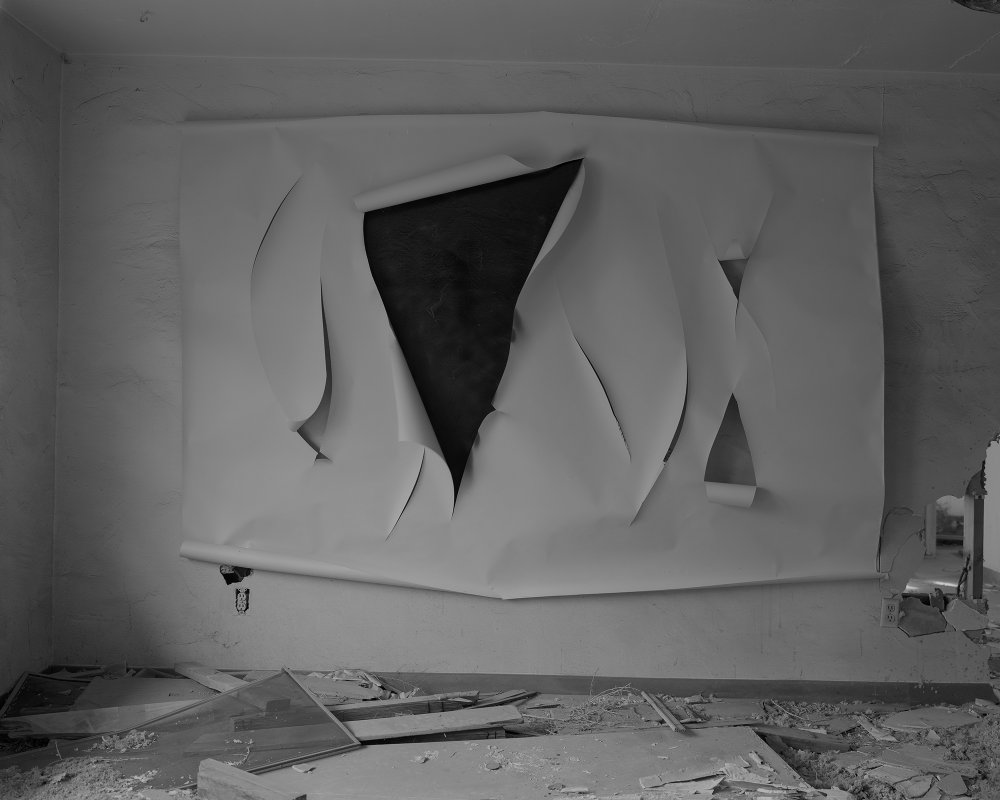 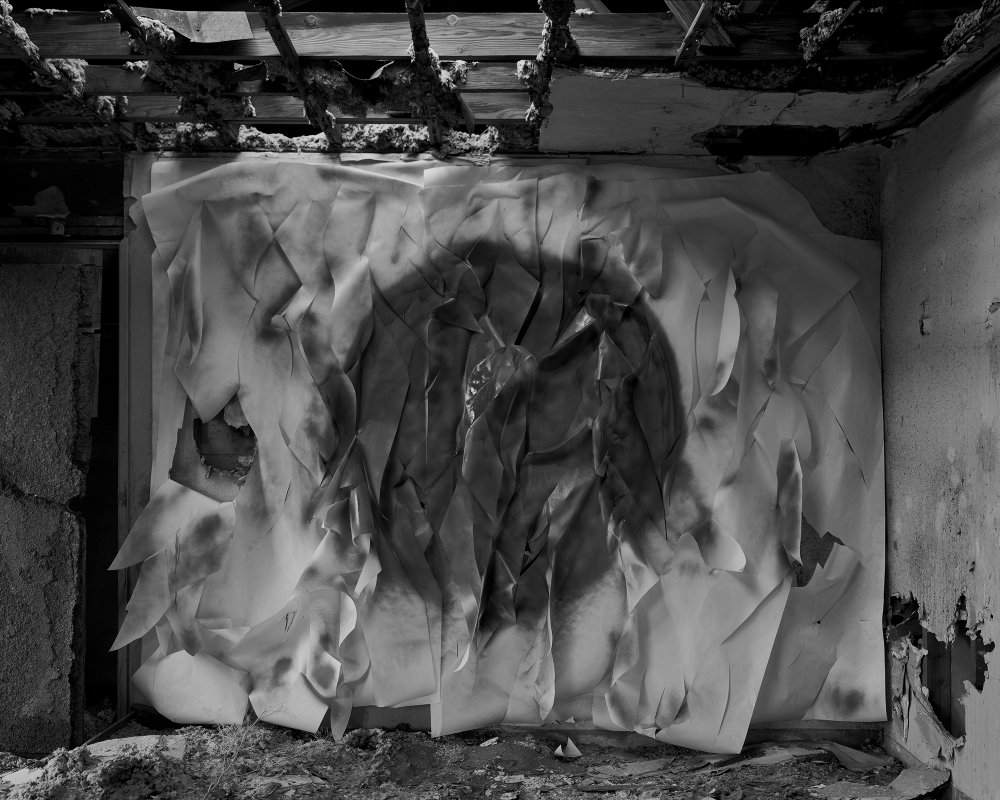 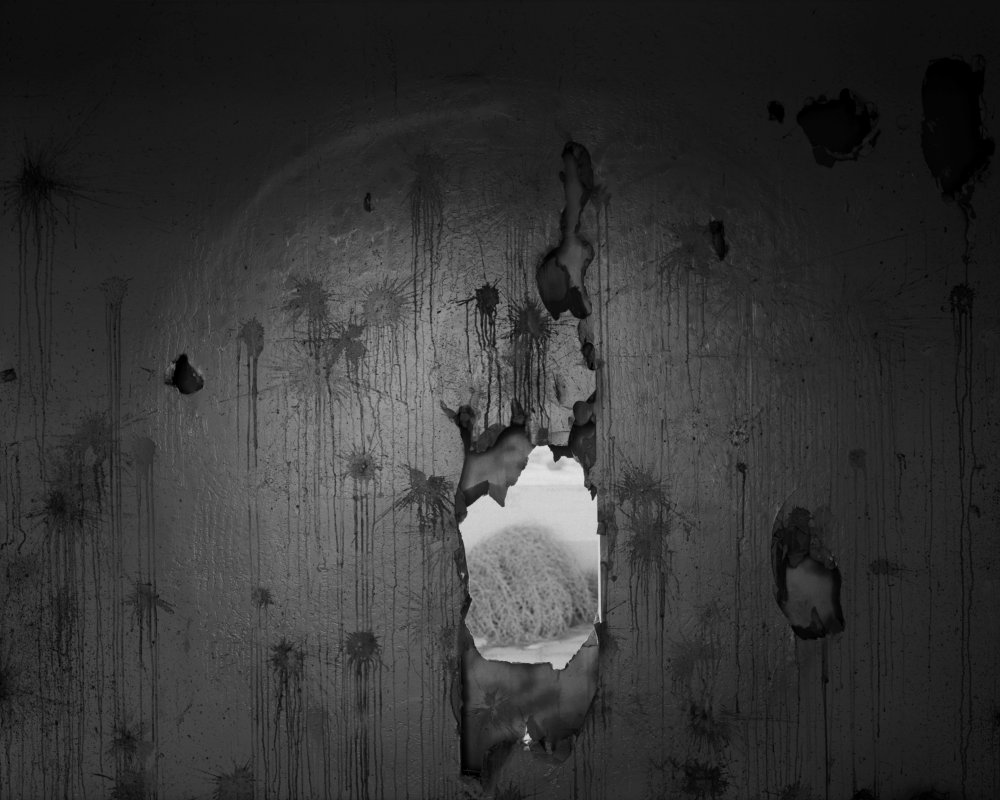 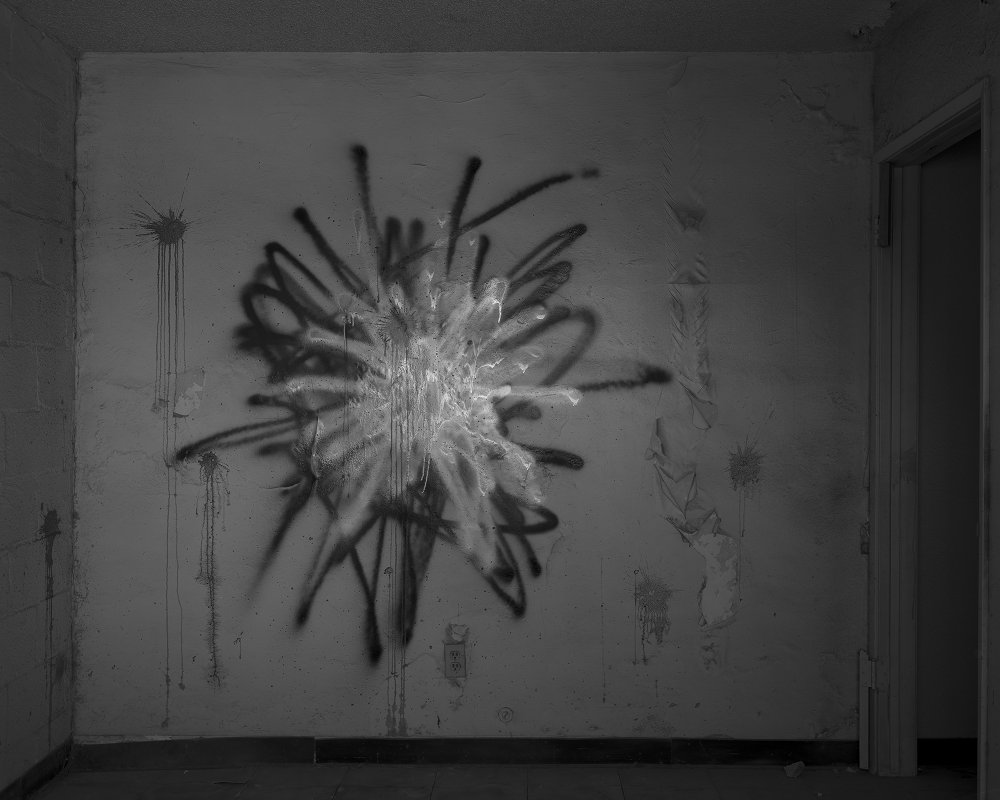 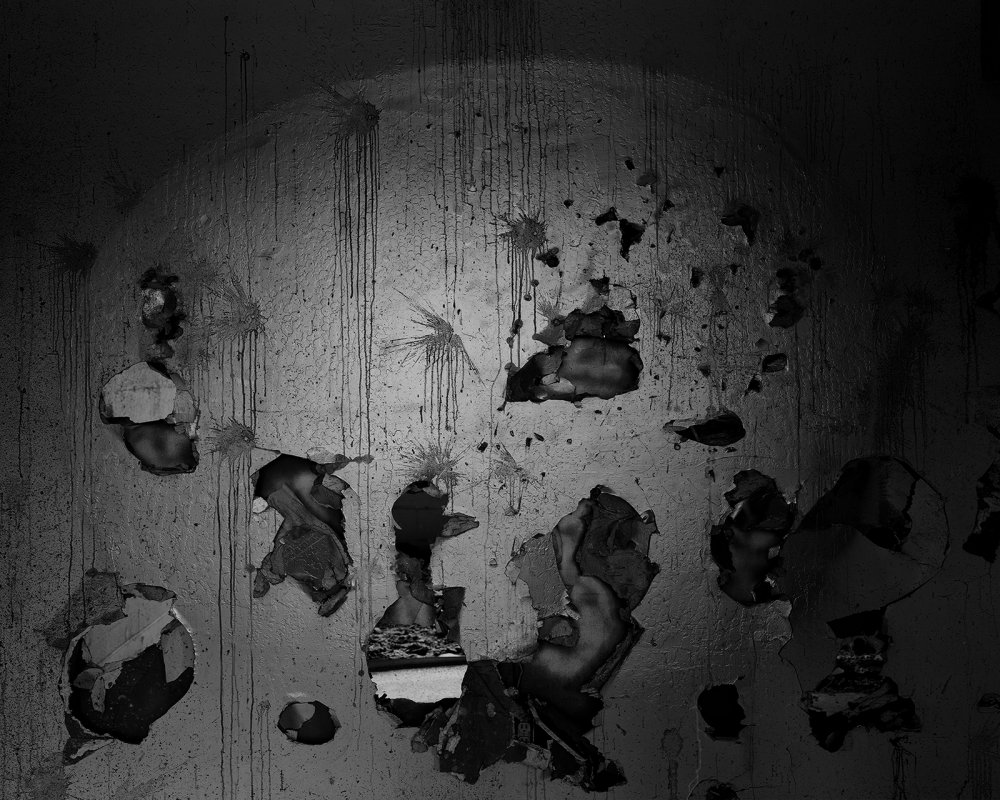 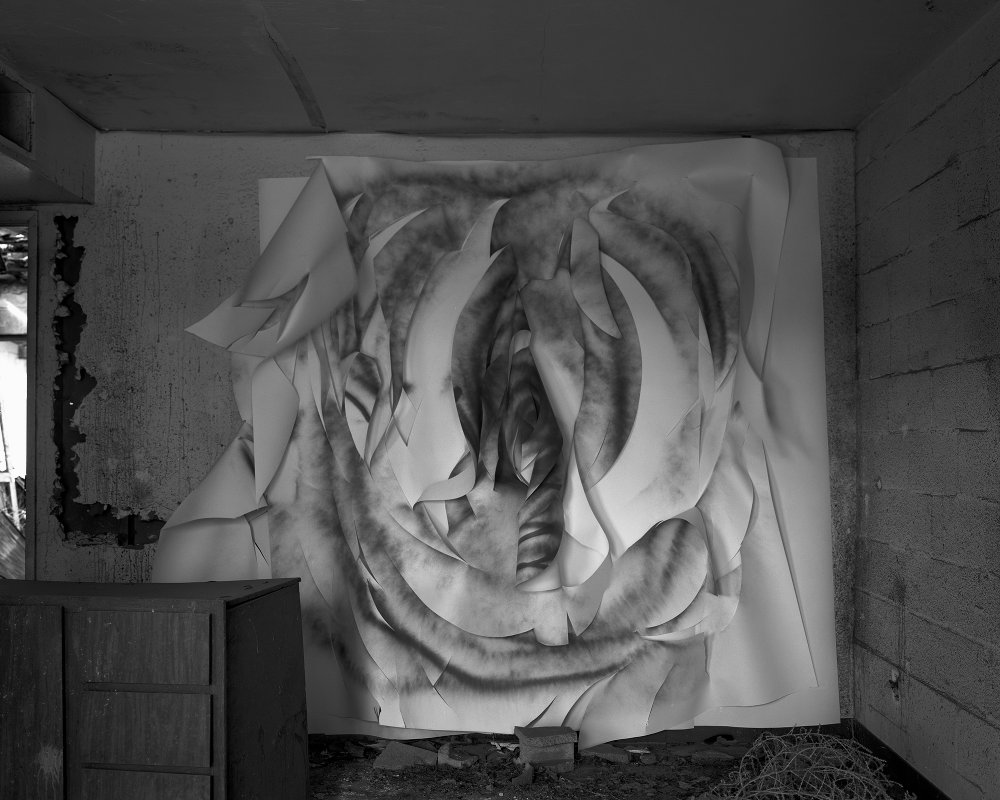 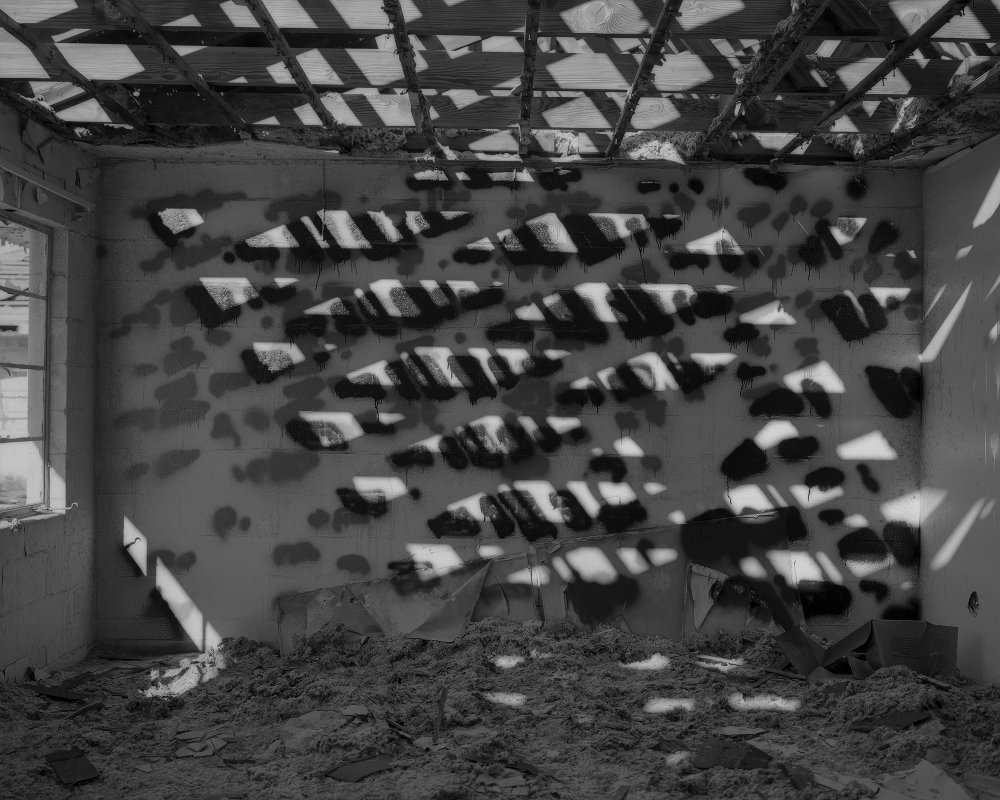 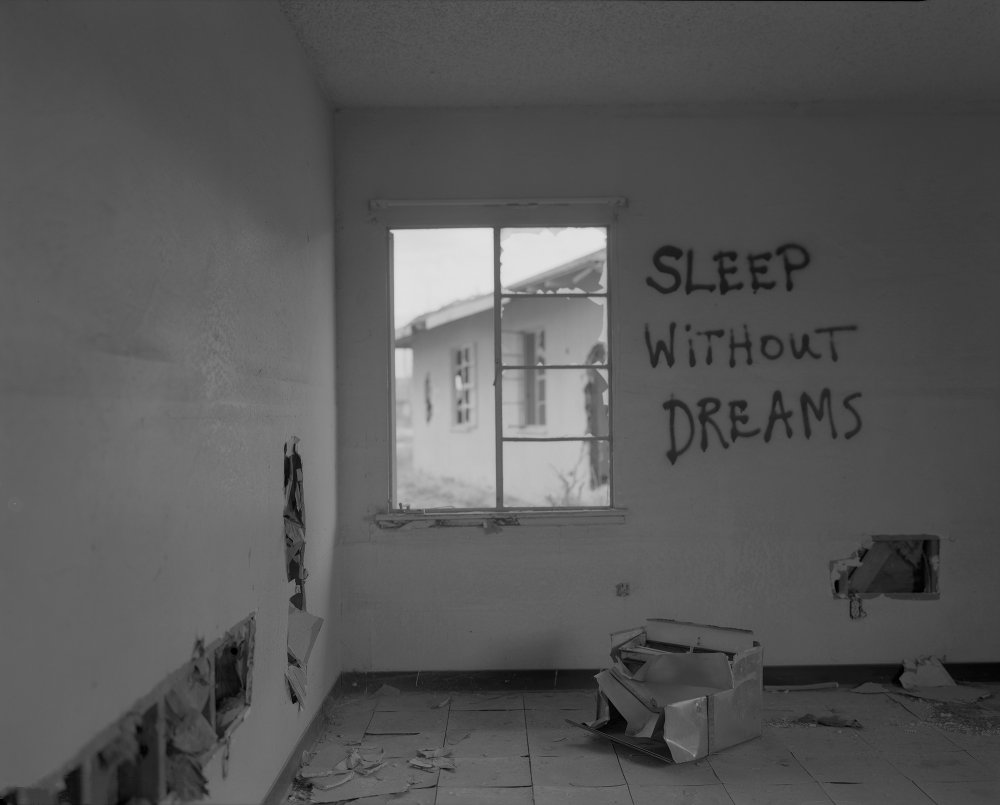 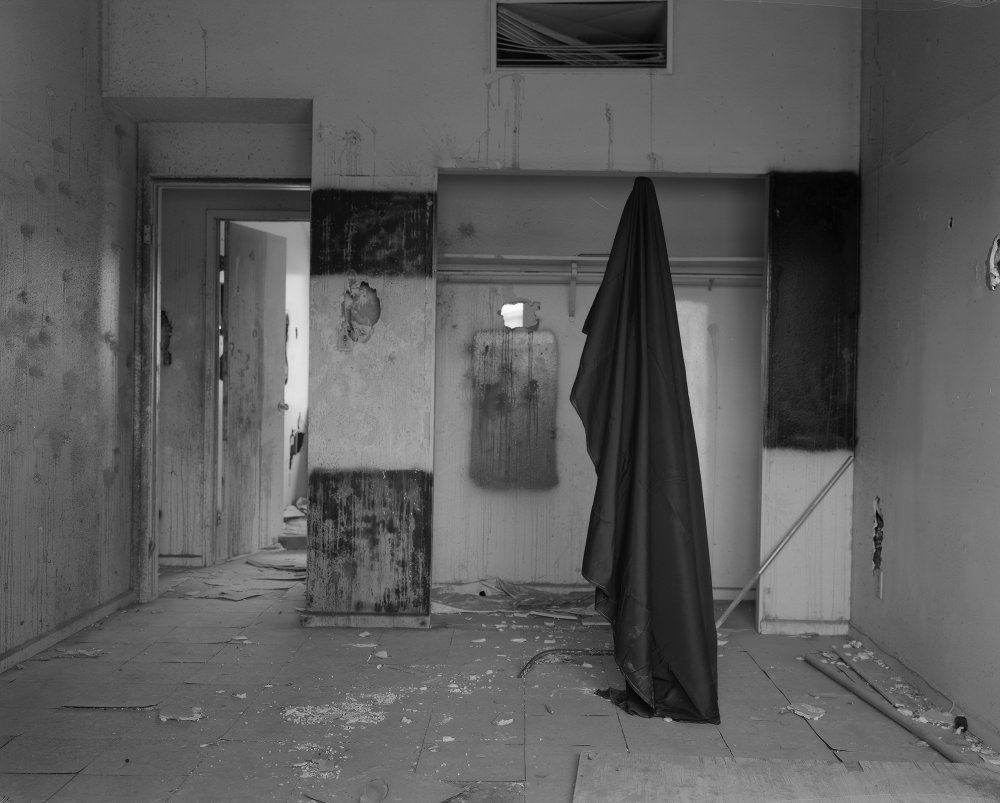 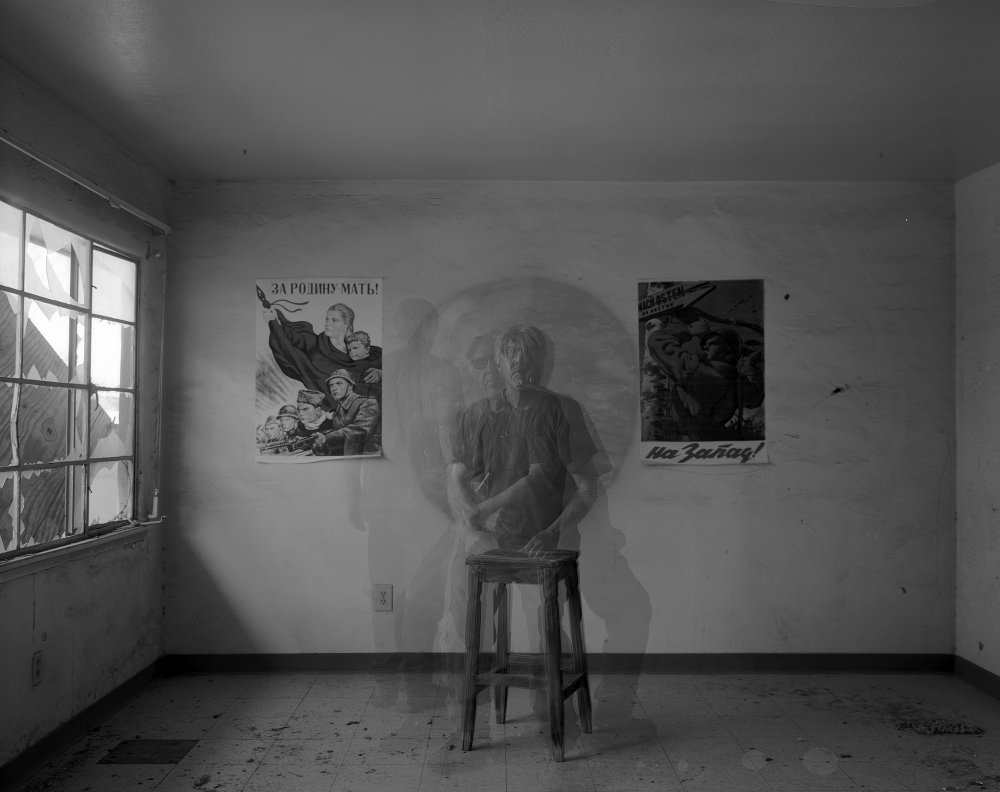 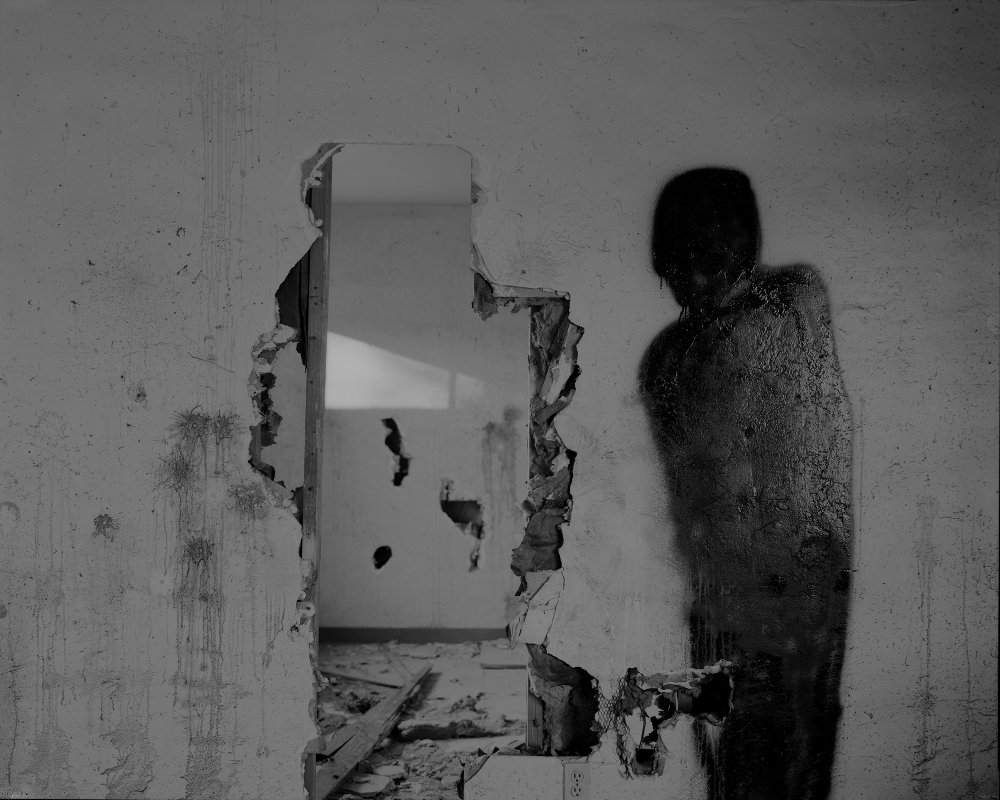 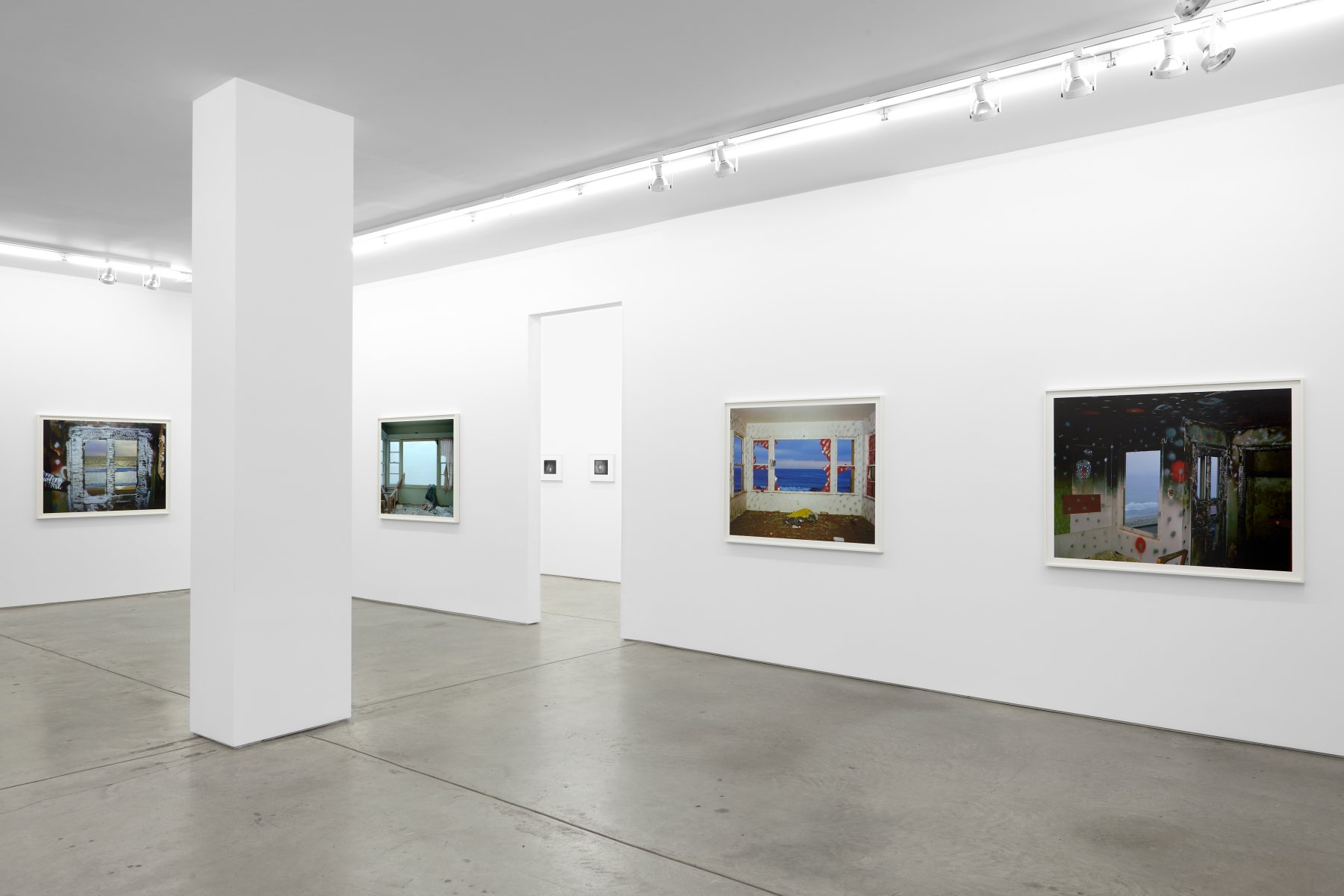 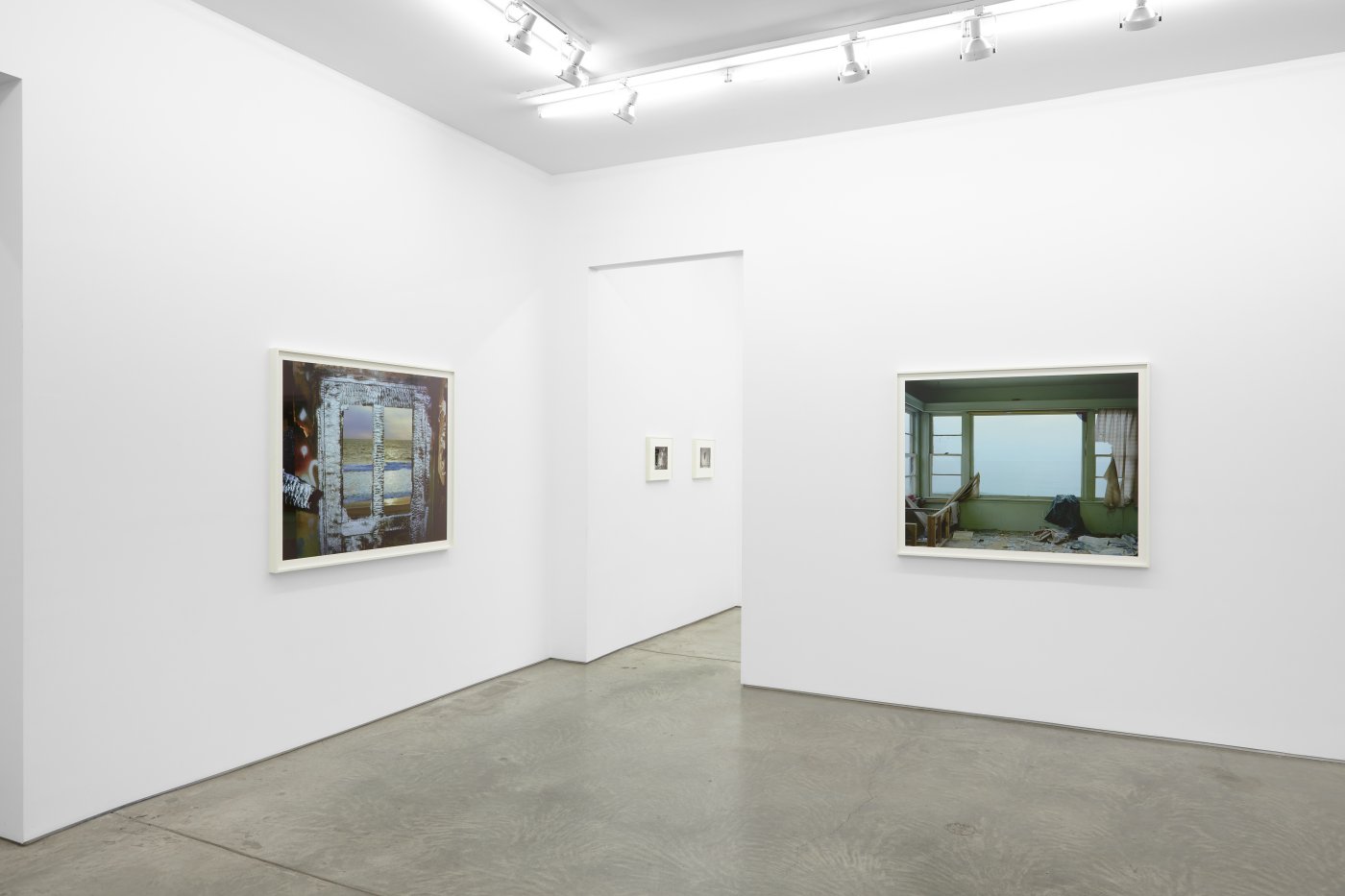 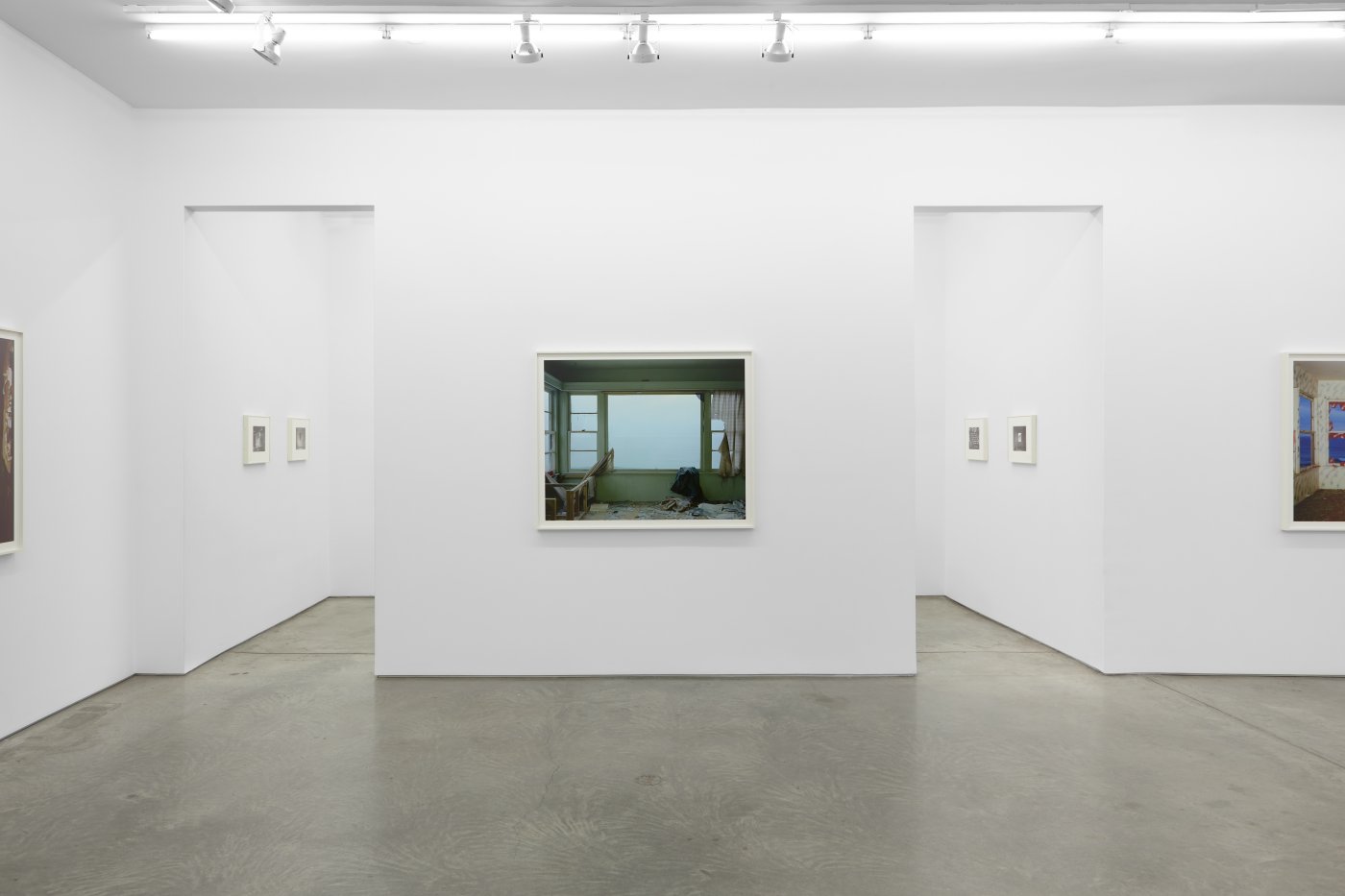 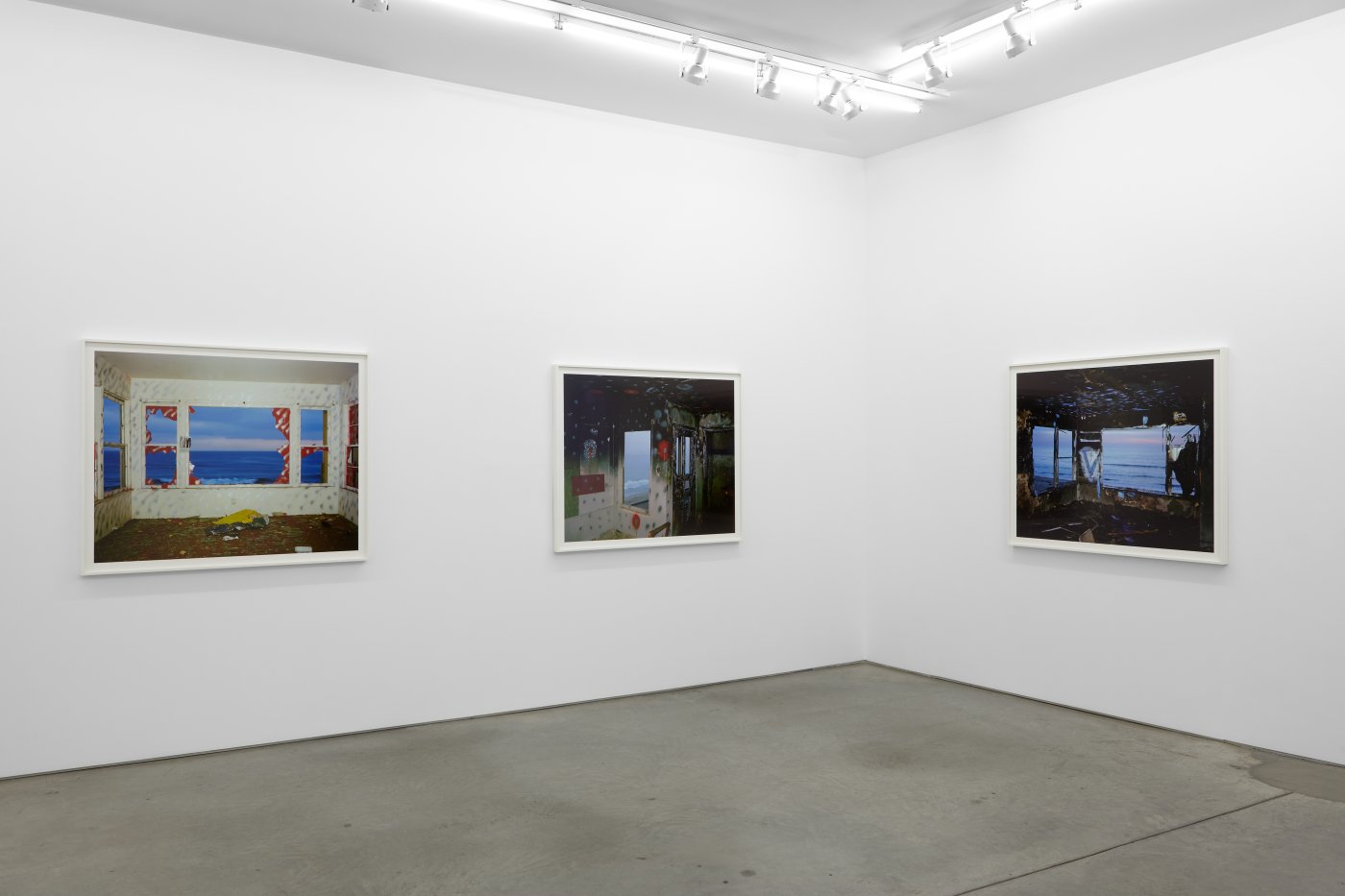 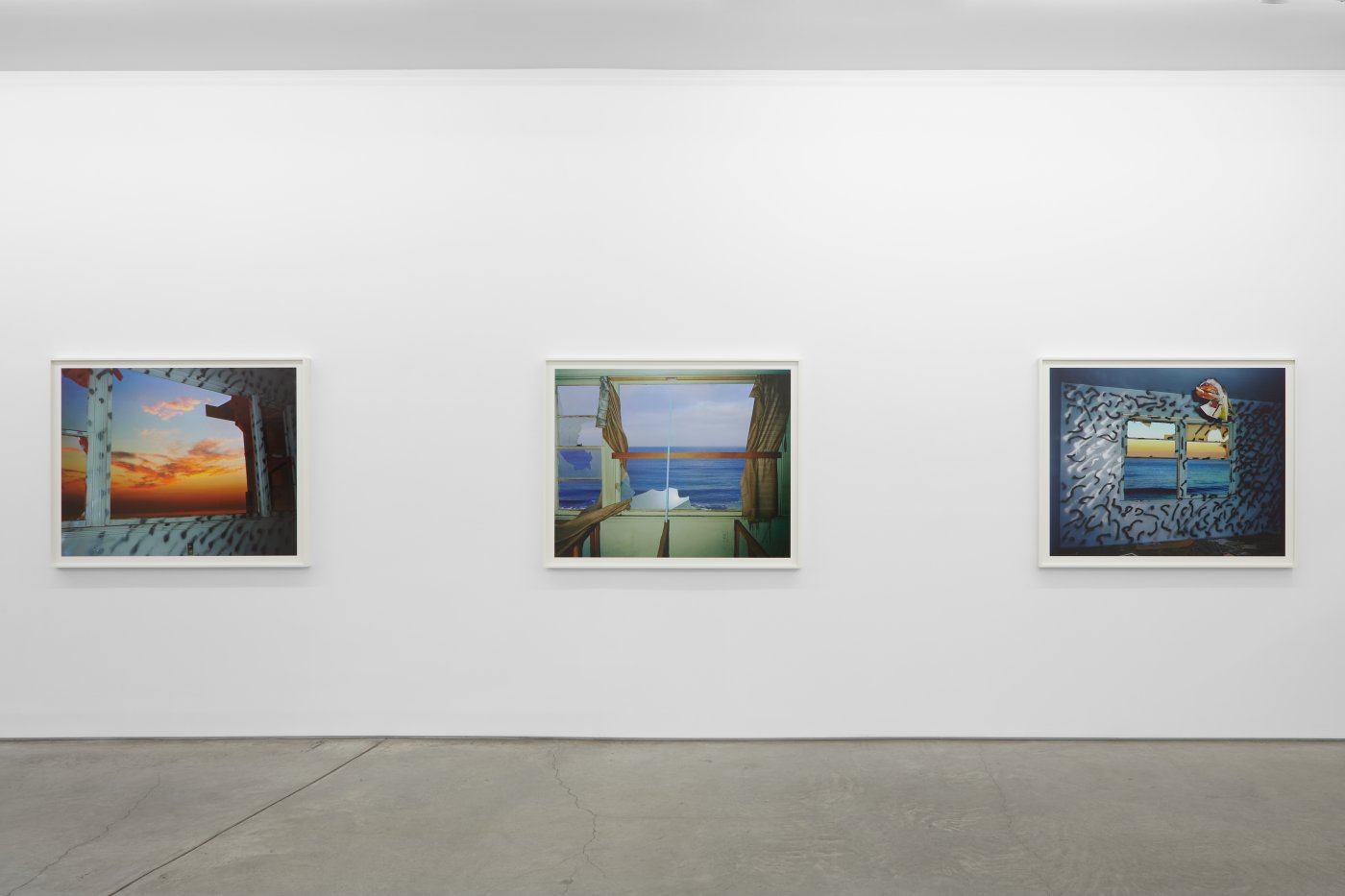 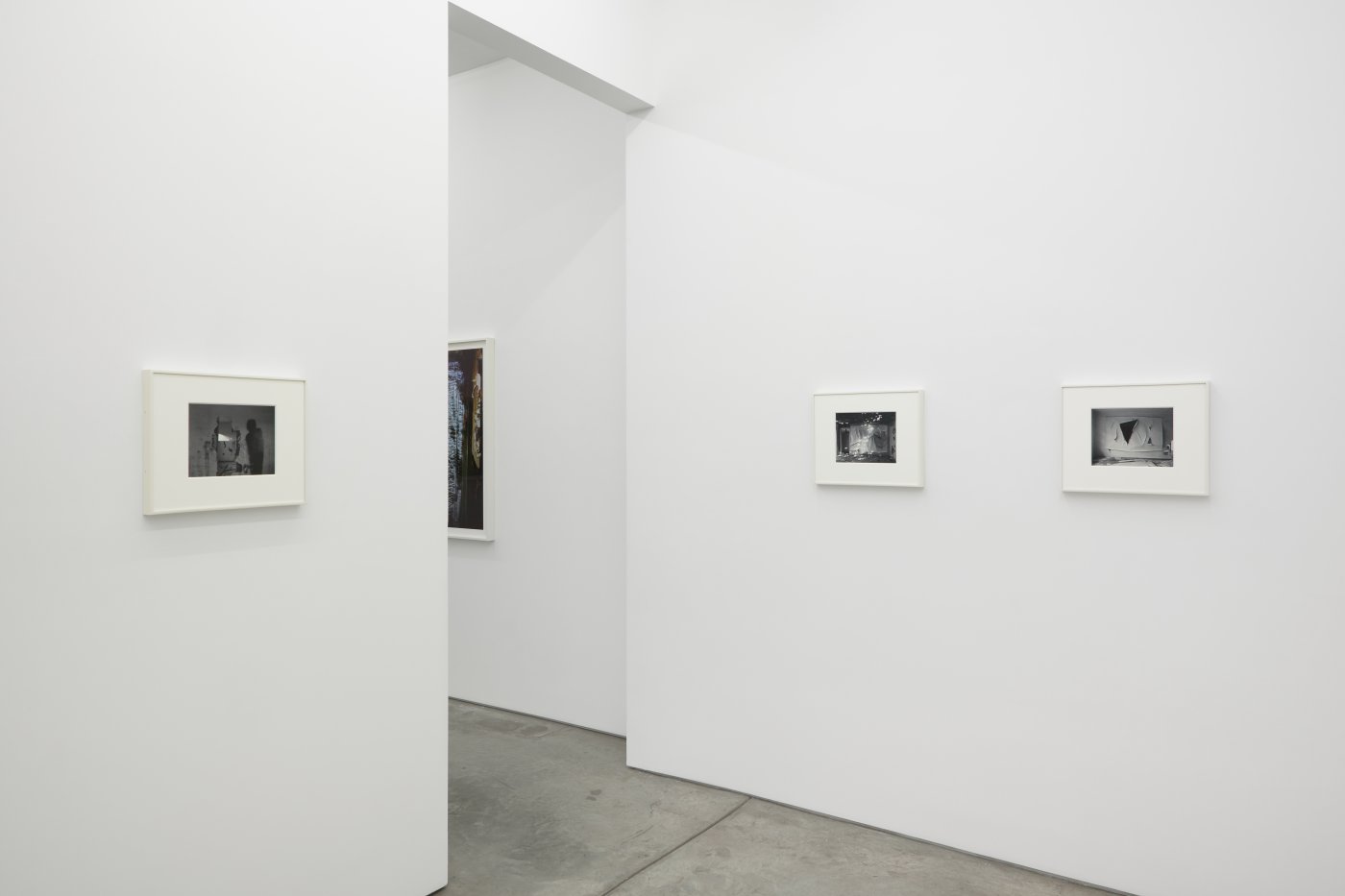 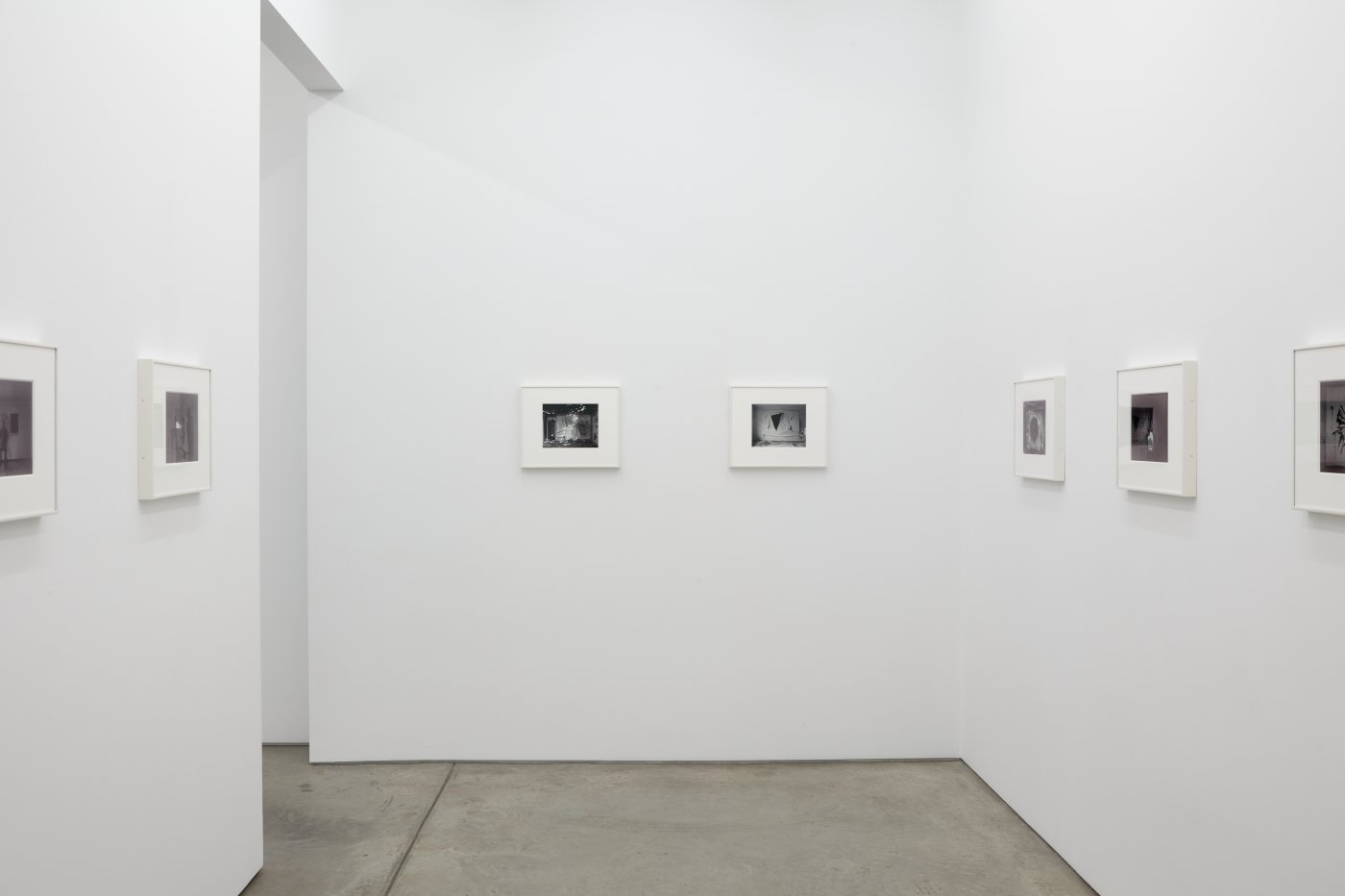 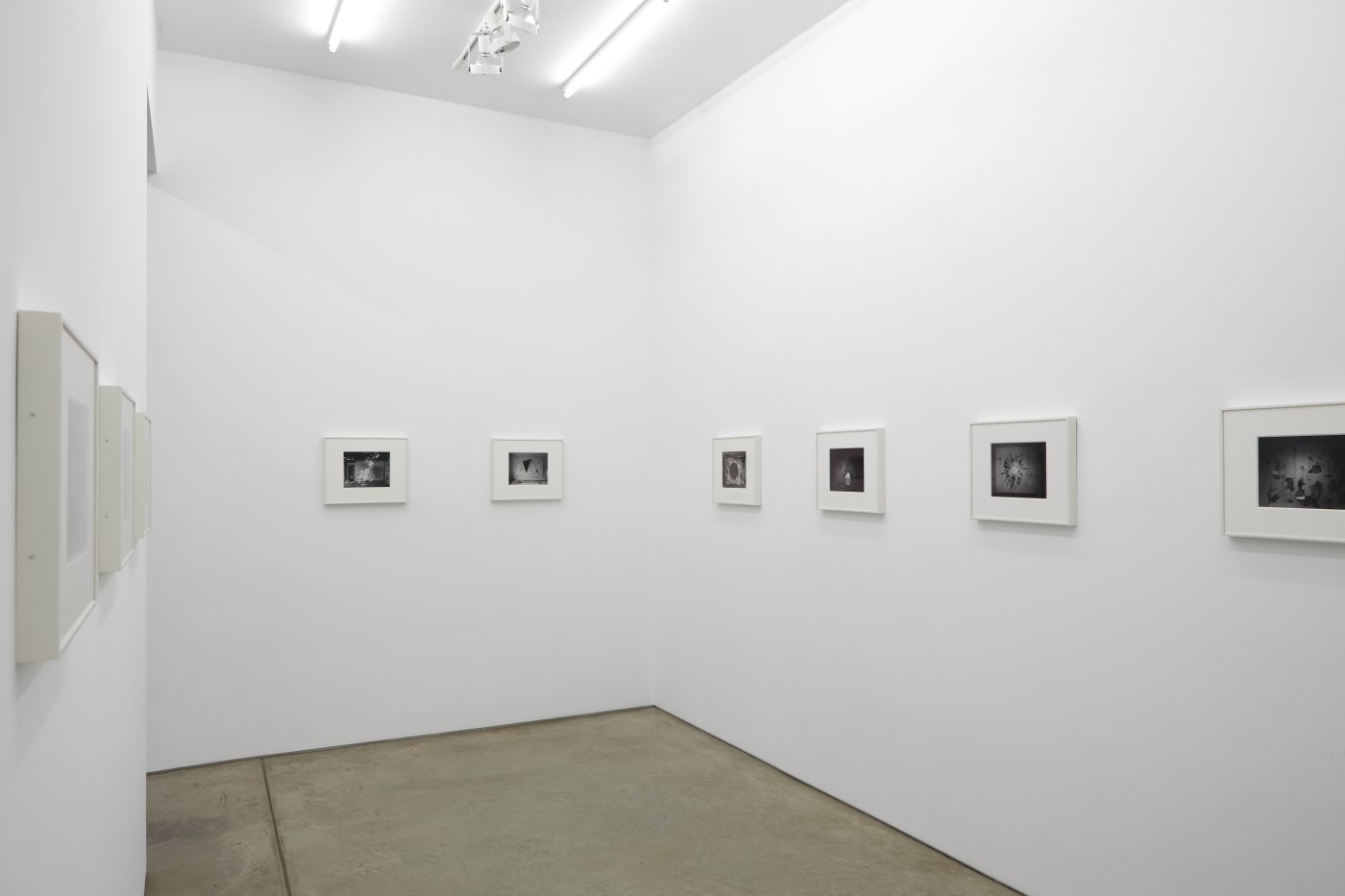 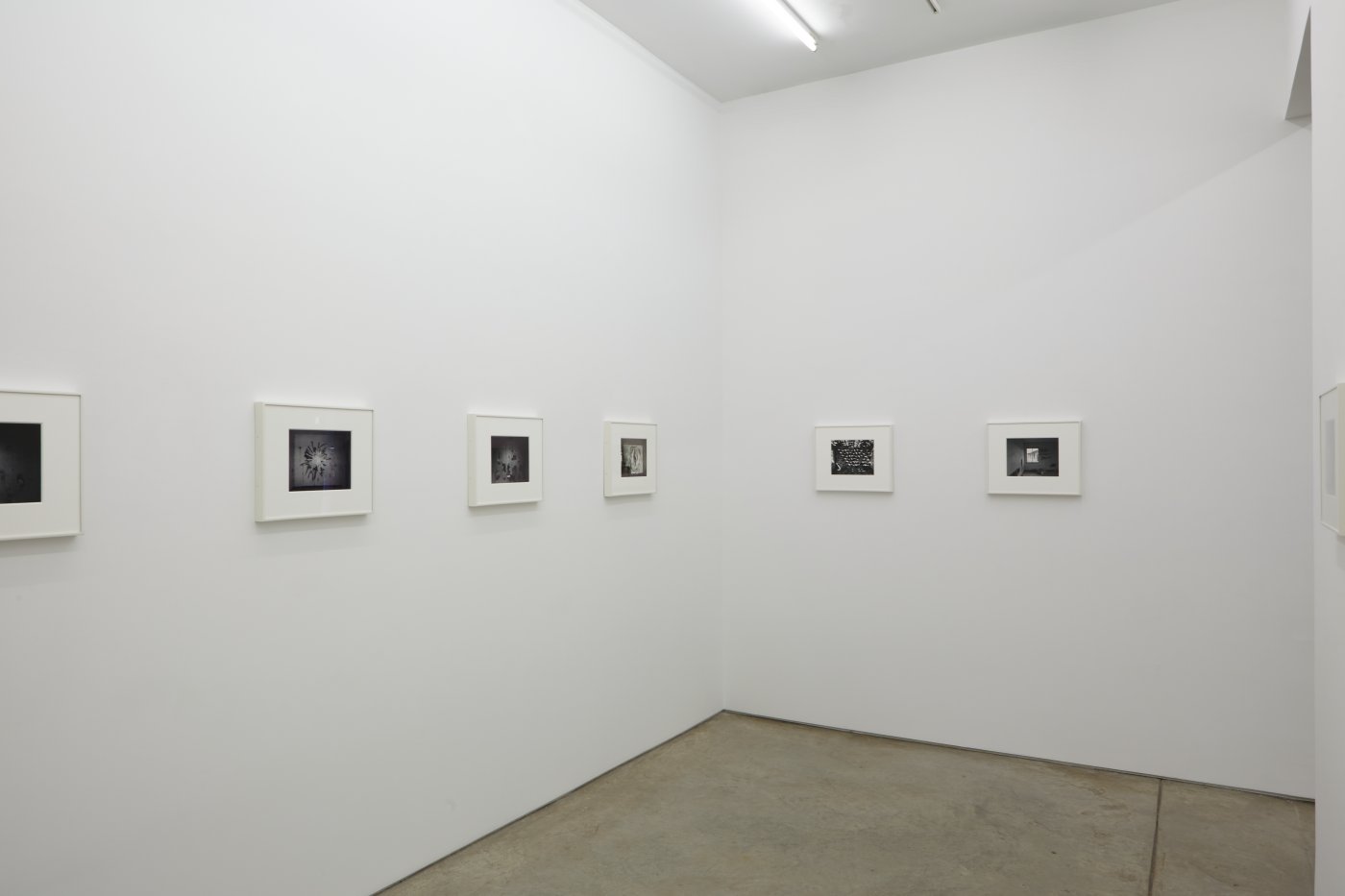 In the late seventies, Divola came across an abandoned property on Zuma Beach in Southern California. The building was repeatedly burned and damaged in various ways by the fire department who used it for training exercises and practice drills. Over the course of a year, Divola returned on numerous occasions to photograph the site, making additions to the interior with paint and graffiti, augmented by others’ vandalism, decay from natural elements, and the passage of time.

Divola describes Zuma Series (1977-1978), as “a product of [his] involvement with an evolving situation…my acts, my painting, my photographing, my considering, are part of, not separate from, this process of evolution and change.” His willingness to physically intervene with his surroundings, combined with his bold use of color, marked Divola’s departure from the status quo in an era that prized the neutrality of predominantly black and white documentary photography.

Daybreak (2015-2020) is a result of Divola’s long term engagement with the abandoned housing complex at the decommissioned George Air Force Base in Victorville, California. In this series, Divola explores the way in which light illuminated the space, photographing primarily at dawn. By adopting the analog format of 8×10 silver gelatin contact prints for the series, Divola calls attention to the photographs as physical manifestations of his engagement in the site. Indeed, as the artist has said, “each photograph represents an index of multiple gestures. The design of the architect, the labor of the builders, the traces of past occupants… [Divola’s] own painting and installations, and ultimately [his] gestures of selection.” And it is from this multiplicity of meaning that the photographs derive their power, resisting easy categorization or interpretation as Divola embraces “the messy complexity” of photography.

Since 1975, Divola’s work has been featured in numerous solo exhibitions throughout the world. In 2013, a three-venue retrospective of Divola’s work titled As Far As I Could Get took place at the Los Angeles County Museum of Art, the Pomona College Museum of Art, and the Santa Barbara Museum of Art. Further solo museum exhibitions include the Joslyn Art Museum, Omaha, Nebraska, 2019, and the Palm Springs Art Museum, Palm Springs, California, 2019. His work can be found in major public collections worldwide, including Centre Pompidou, Paris; Getty Museum, Los Angeles, CA; Metropolitan Museum of Art, New York, NY; The Museum of Modern Art, New York, NY; Victoria and Albert Museum, London, England; and The Whitney Museum of American Art, New York, NY. Among Divola’s Awards are Individual Artist Fellowships from the National Endowment for the Arts (1973, 1976, 1979, 1990), a John Simon Guggenheim Memorial Fellowship (1986), a Fintridge Foundation Fellowship (1998), a City of Los Angeles Artist Grant (1999) and a California Arts Council Individual Artist Fellowship (1998).

Courtesy of the artist and Yancey Richardson Gallery, New York