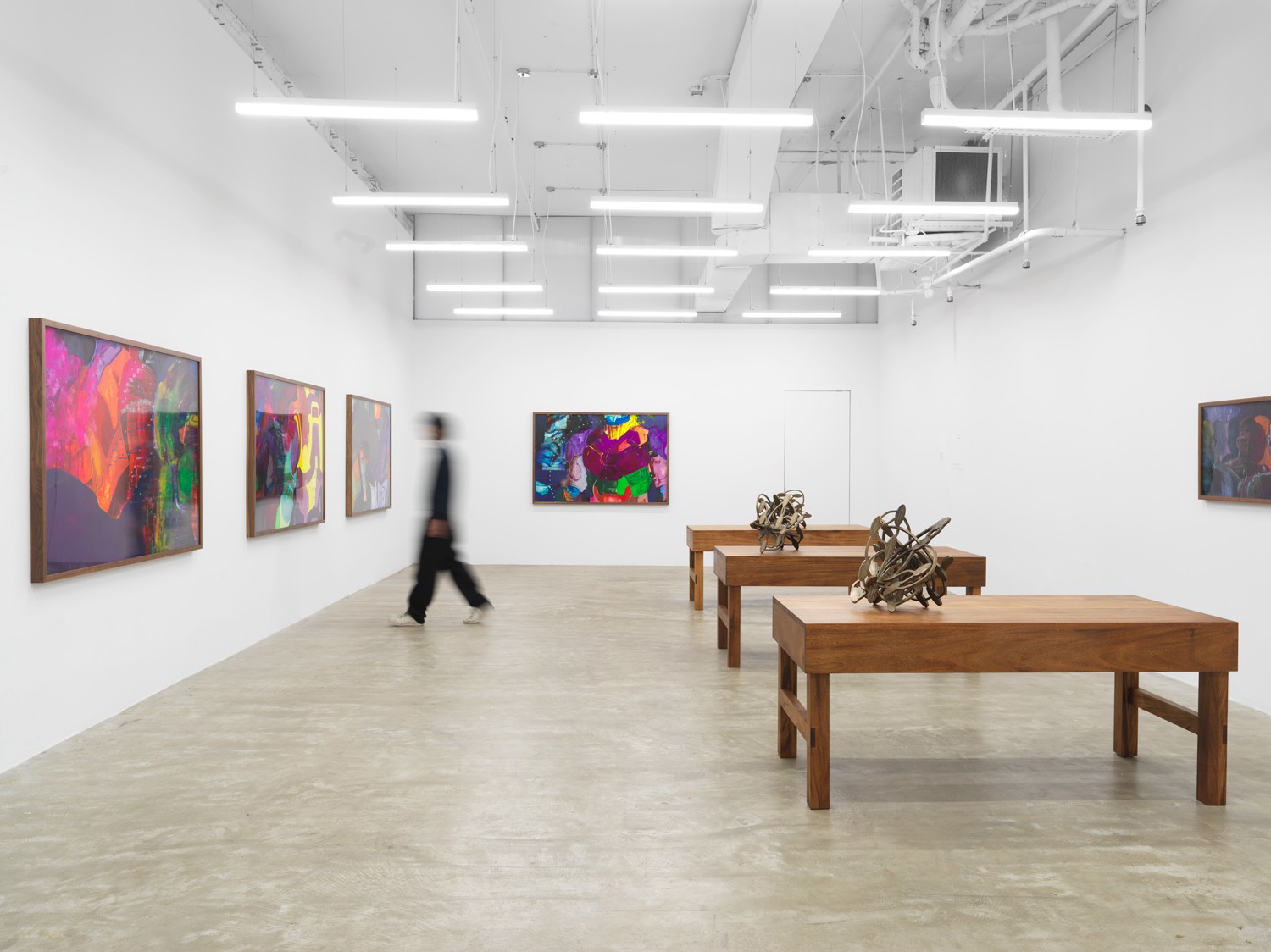 In the earlier months of the pandemic, like most people, I was spending a lot of time on social media. Instagram, TikTok… A fandom of people who 3D print and customize their own fantasy body armor flooded my algorithms. Marvel superheroes, most frequently Iron Man, and characters from popular video games. I became obsessed with the variants of the characters that these people would produce. At the time, I was teaching an MFA drawing seminar on Zoom. We spent two weeks discussing comic books as a potential form of artistic production. It’s possible that had something to do with the arrival of these characters.

The phrase ‘dream police’ crossed my path in various ways in the last years. It was the name of Cheap Trick’s most successful album, released in 1979 – also the title track of the album: The dream police, they live inside of my head…they’re looking for me…

And, recently I spent some time reading a selection of Dennis Cooper’s novels. I sought out his book of selected poetry from 1994 titled The Dream Police. It’s a wonderful collection dealing with his ongoing themes of teenage boys, high school hallways, first love, first lust. There’s a great, fictionalized, poem that follows a young drunken JFK wandering the streets of Cape Cod at night painfully wondering if anyone will remember him for more than his public image.

We are all dream police. With this work, I am less interested in the institution of the police than I am in the actions of – the verbs – to dream and to police. When placed next to each other, those two verbs essentially negate one another. Creating a neutral position with potential energy to go in either direction – catalyzing both the paintings and the sculptures.

Iron Man does not have any supernatural powers. He is a civilian with enough money to engage advanced technologies in order to produce his armored suit. Today, we see people constantly employing readily available technology in an attempt to transcend lines of power – from digitally manipulating the image and information around one’s identity to 3D printing firearms. The fantasy body armor, the exoskeletons, illustrate the desire for control, power, the Crown – and for the human body to have the ability to endure repeated conflict.

I know that these paintings are just paintings. But if they are anything more, they may ask what dreams require this physical and psychic armoring?

I would like to thank Thomas Lauria, Lesser Miracle, and Walla Walla Foundry for their support with the production of the work included in this exhibition.

Kyle Thurman (b. 1986, West Chester, PA) lives and works in Brooklyn, New York. In 2016 he received an MFA in painting from the Milton Avery Graduate School of the Arts at Bard College. From 2011 to 2012, Thurman studied with Christopher Williams and Peter Doig as a guest student at the Kunstakademie Dusseldorf. In 2009 he received his BA in Film Studies and Visual Arts from Columbia University. Most recently, Thurman was included in the 2019 Whitney Biennial; and his work is included in the collection of the Whitney Museum of American Art.