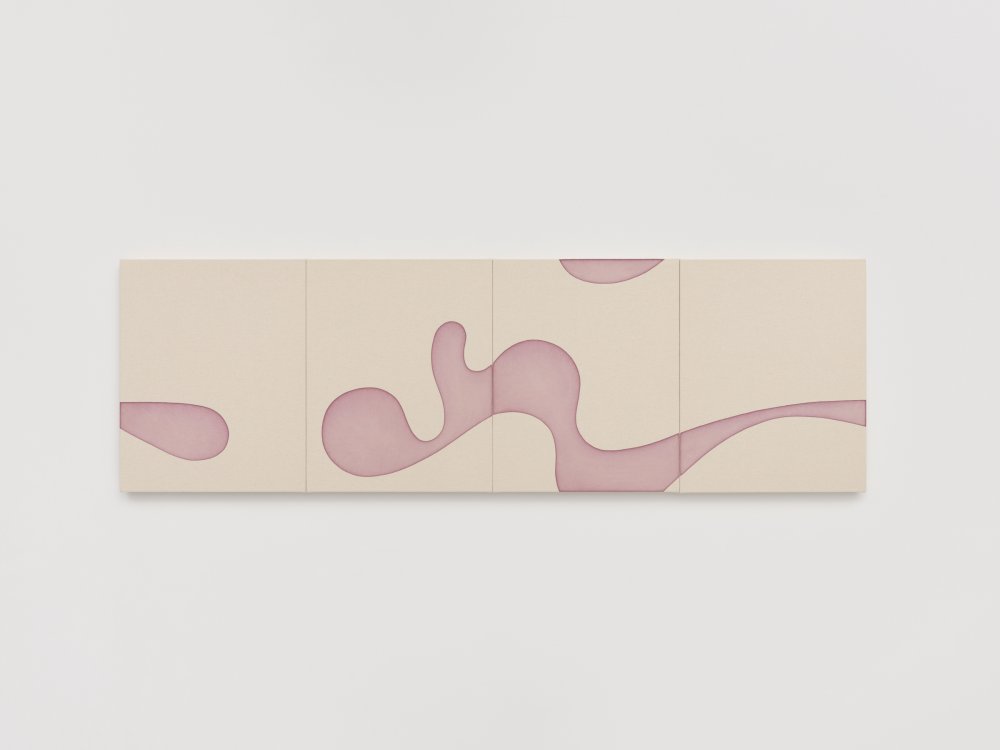 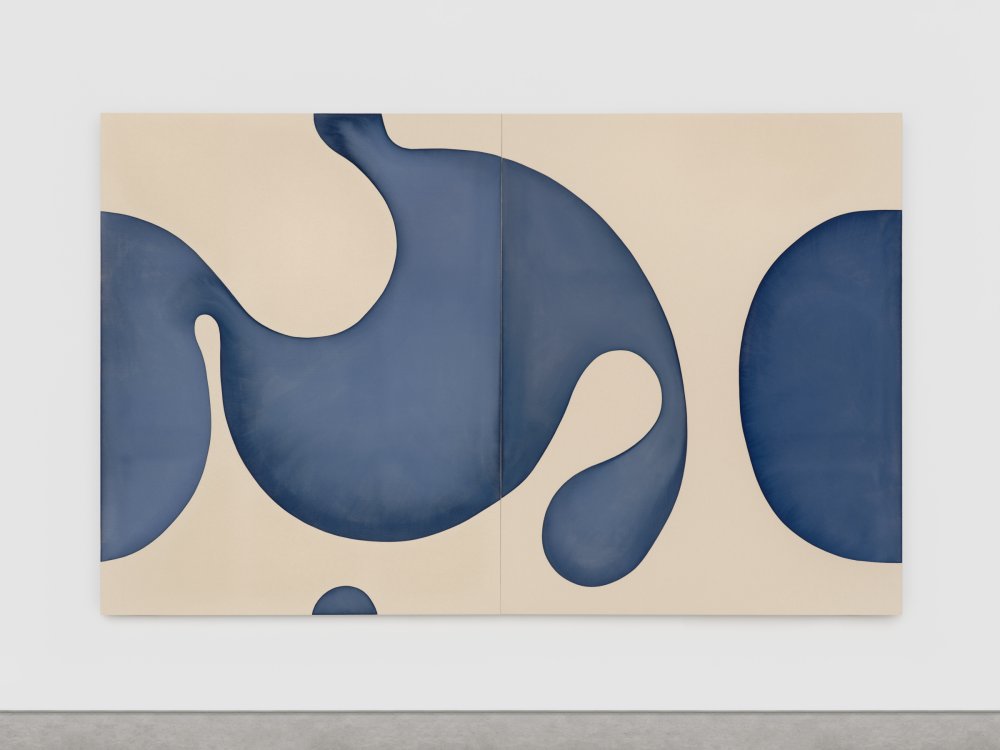 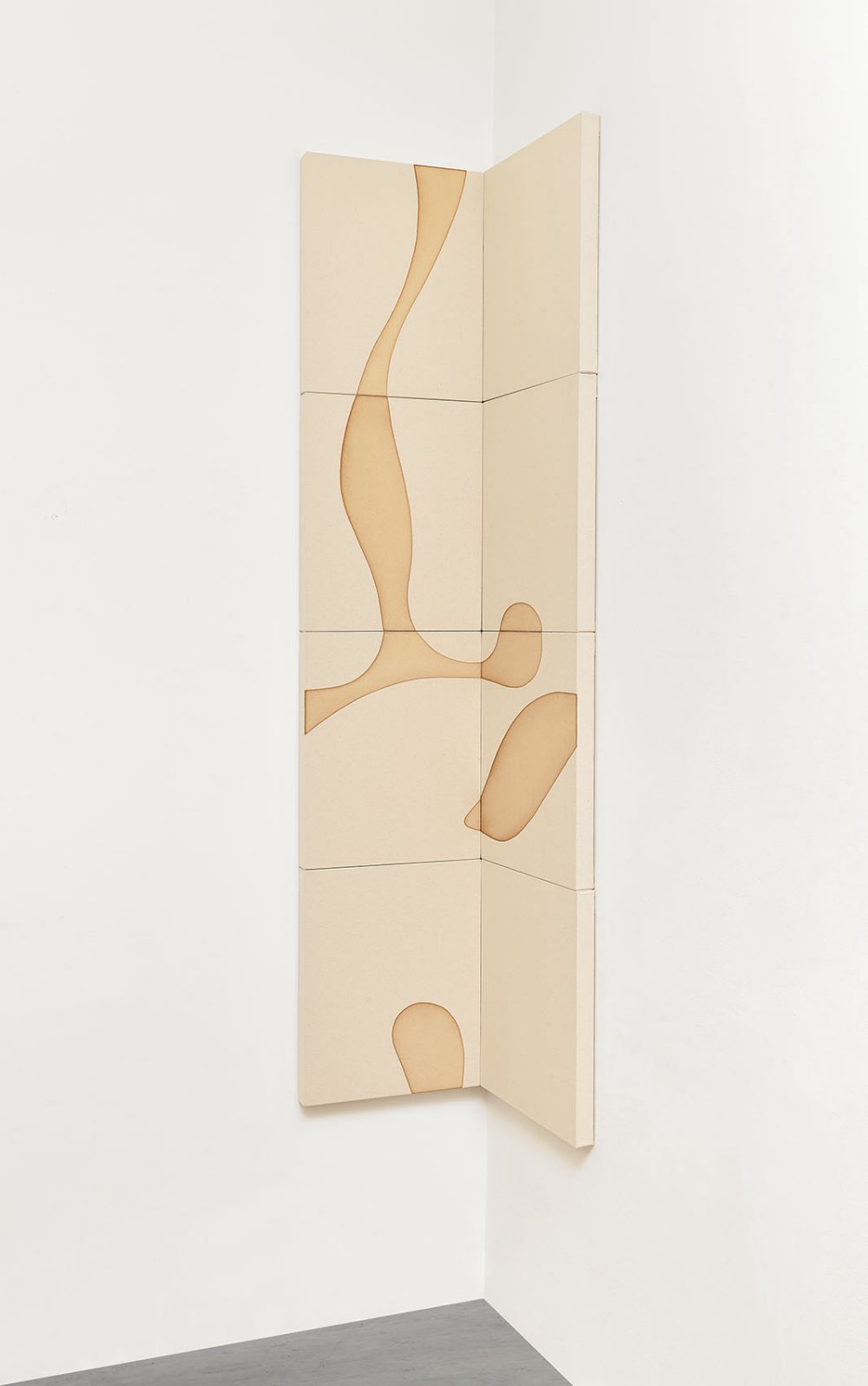 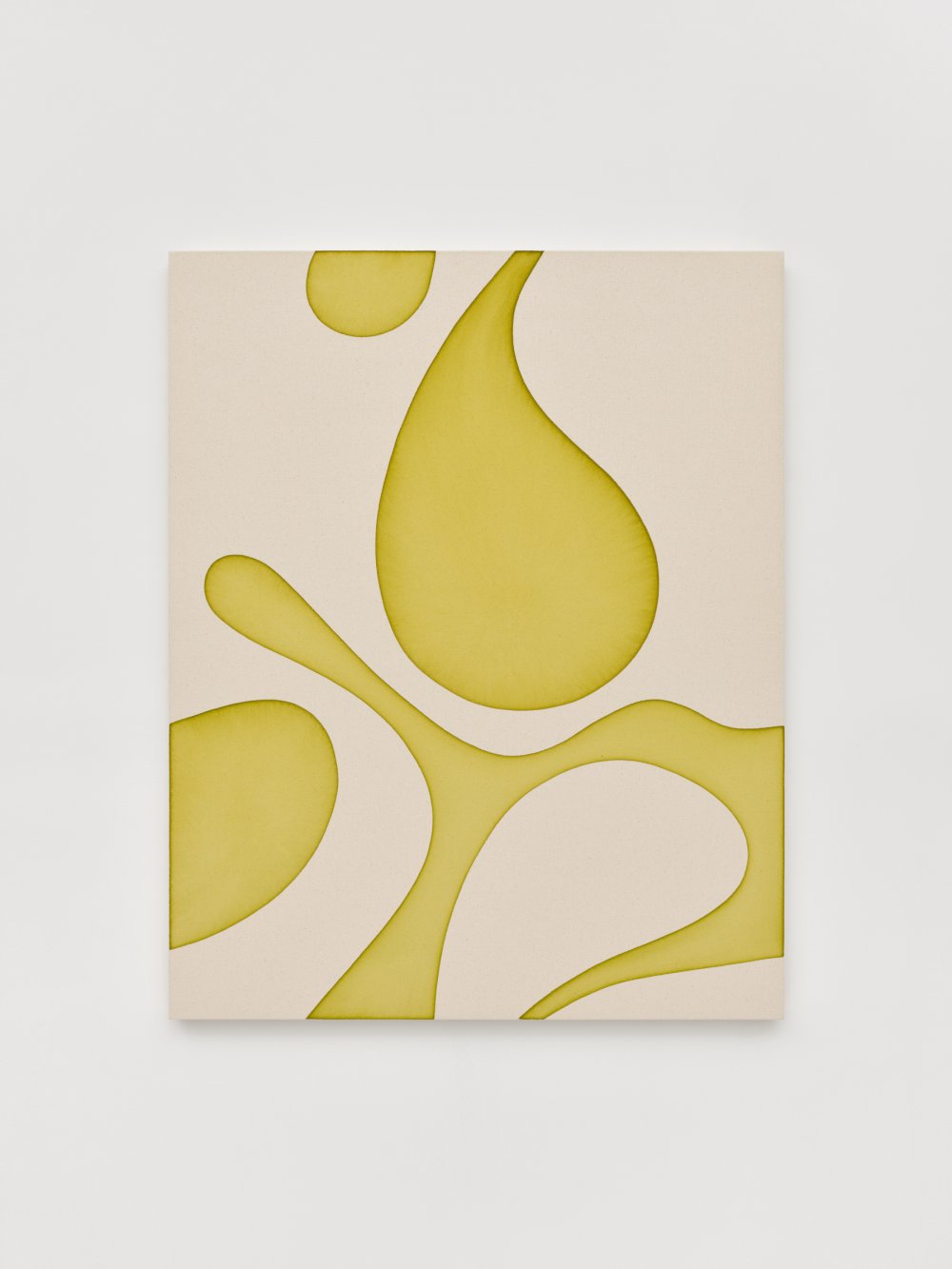 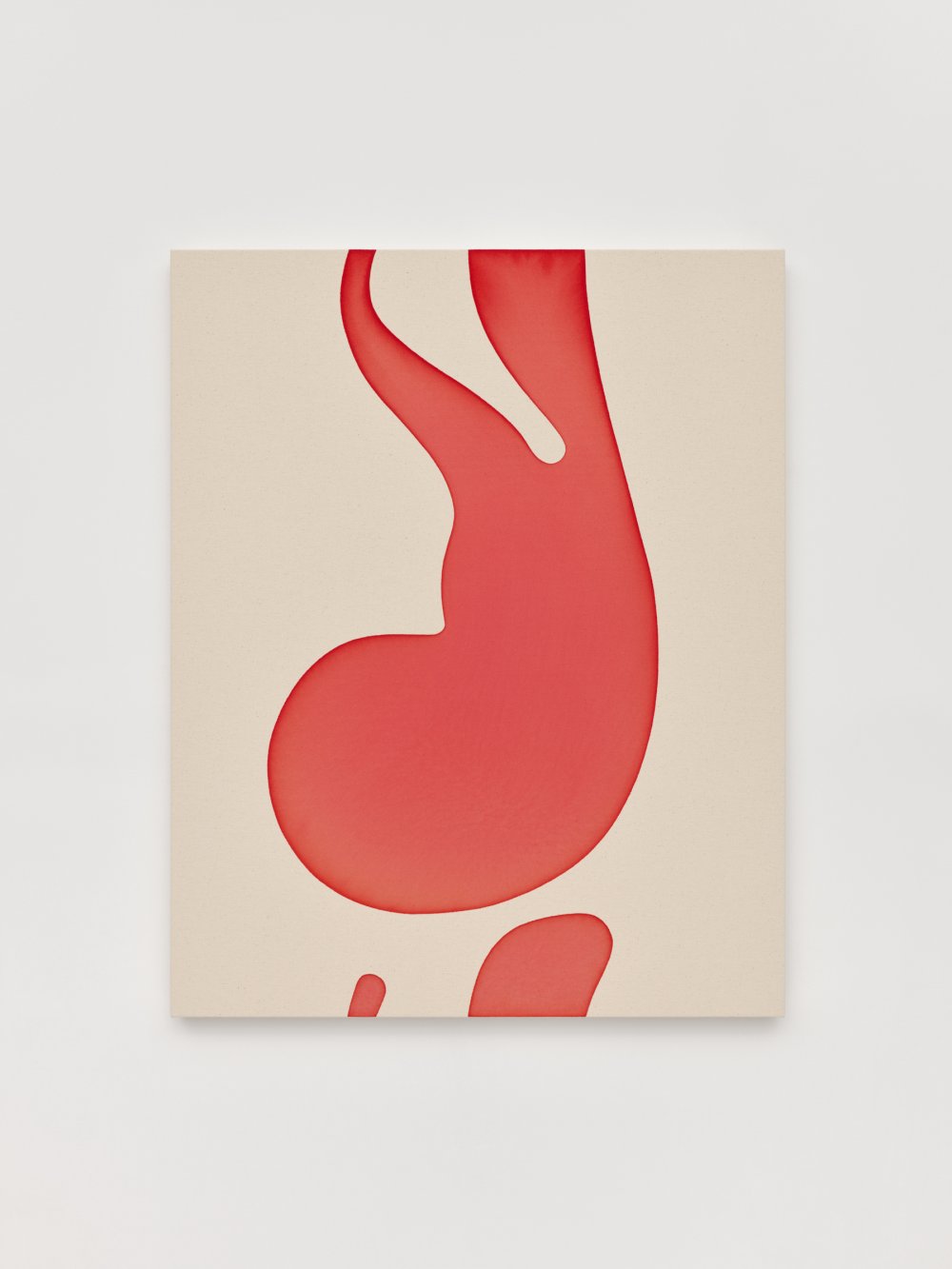 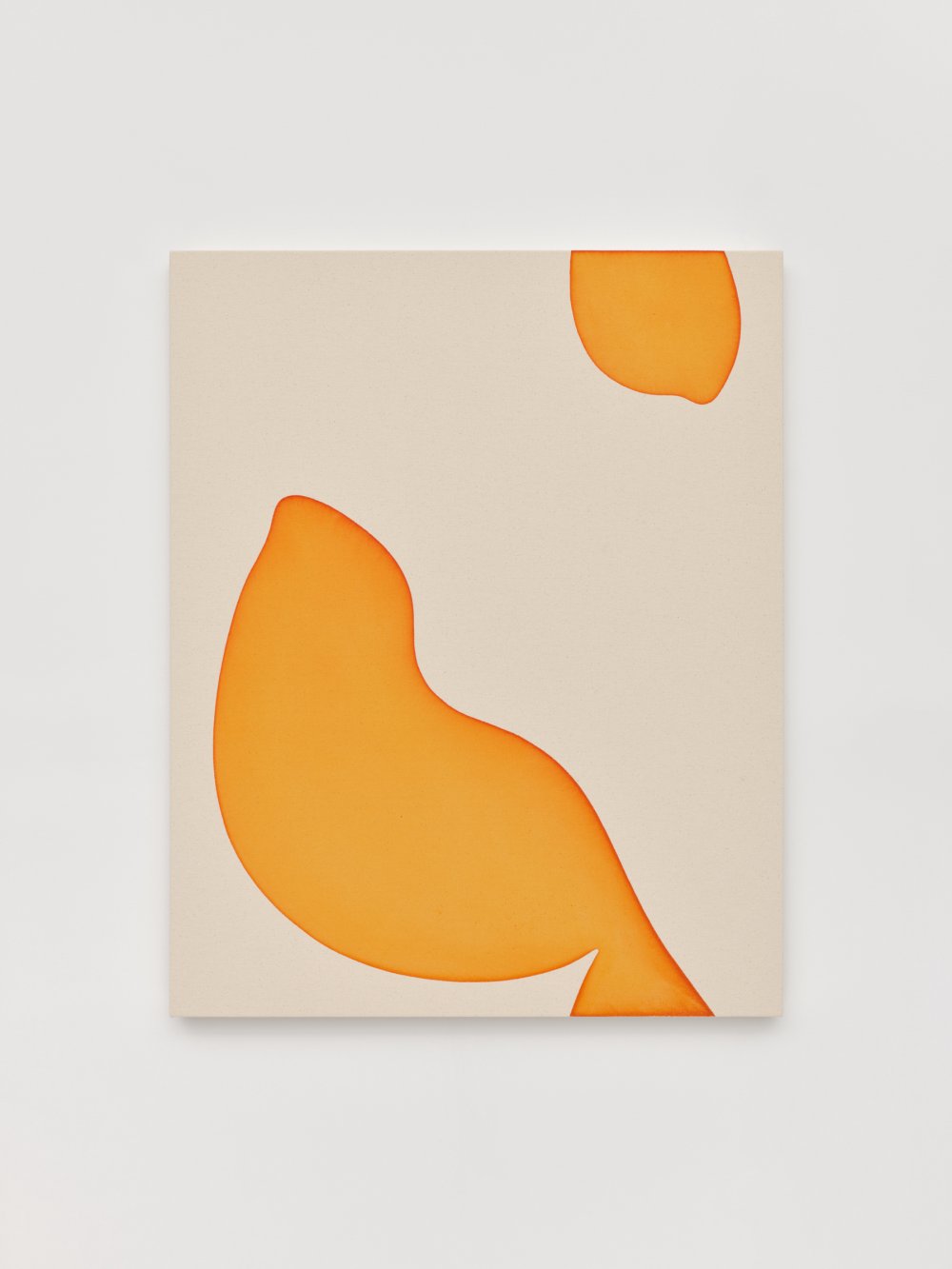 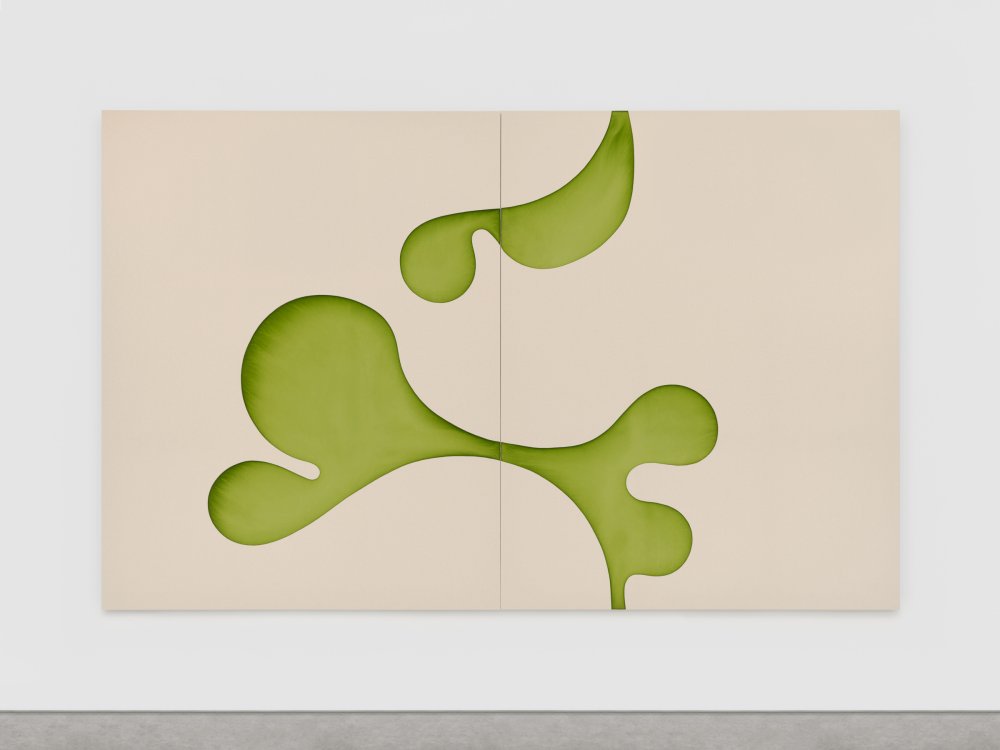 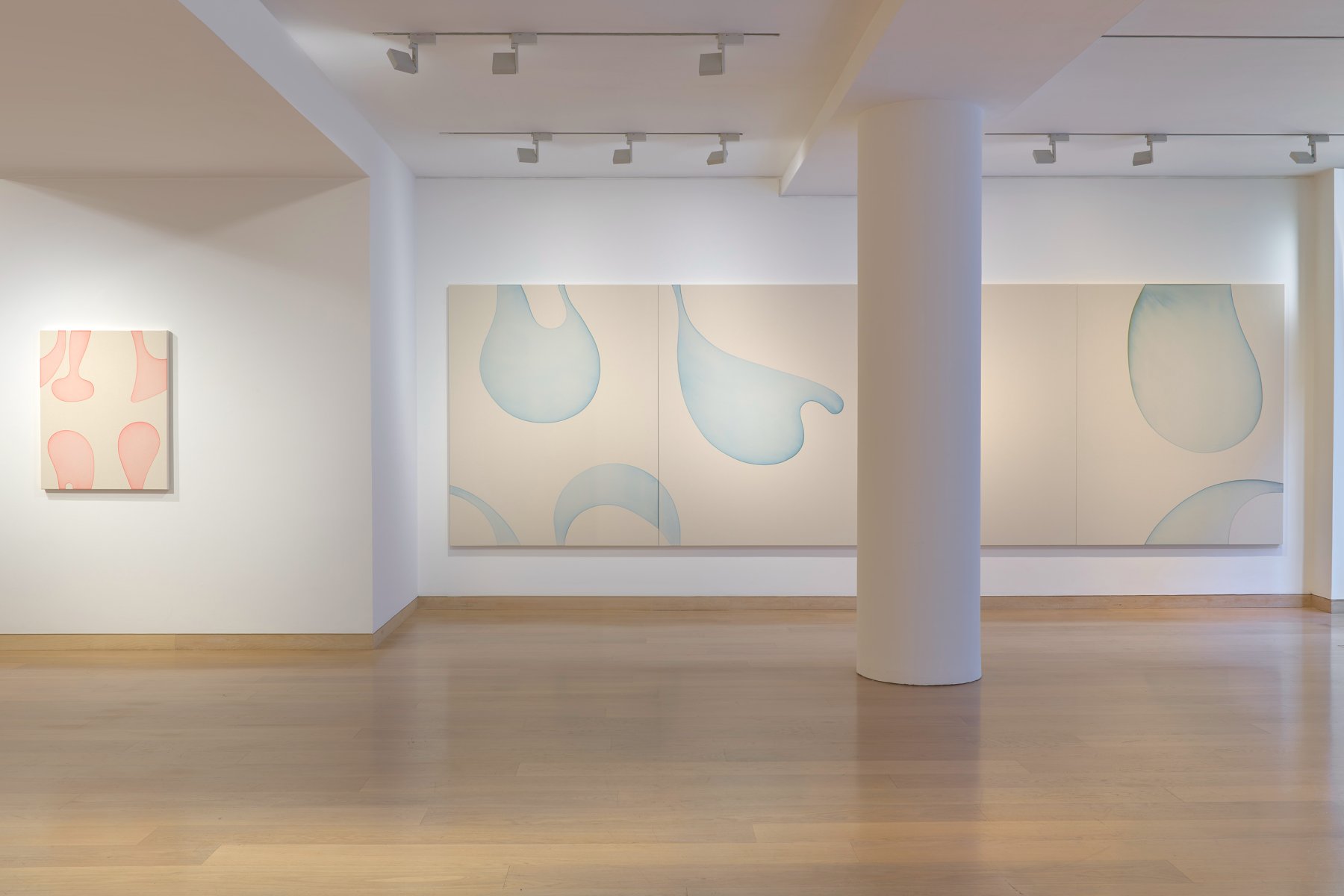 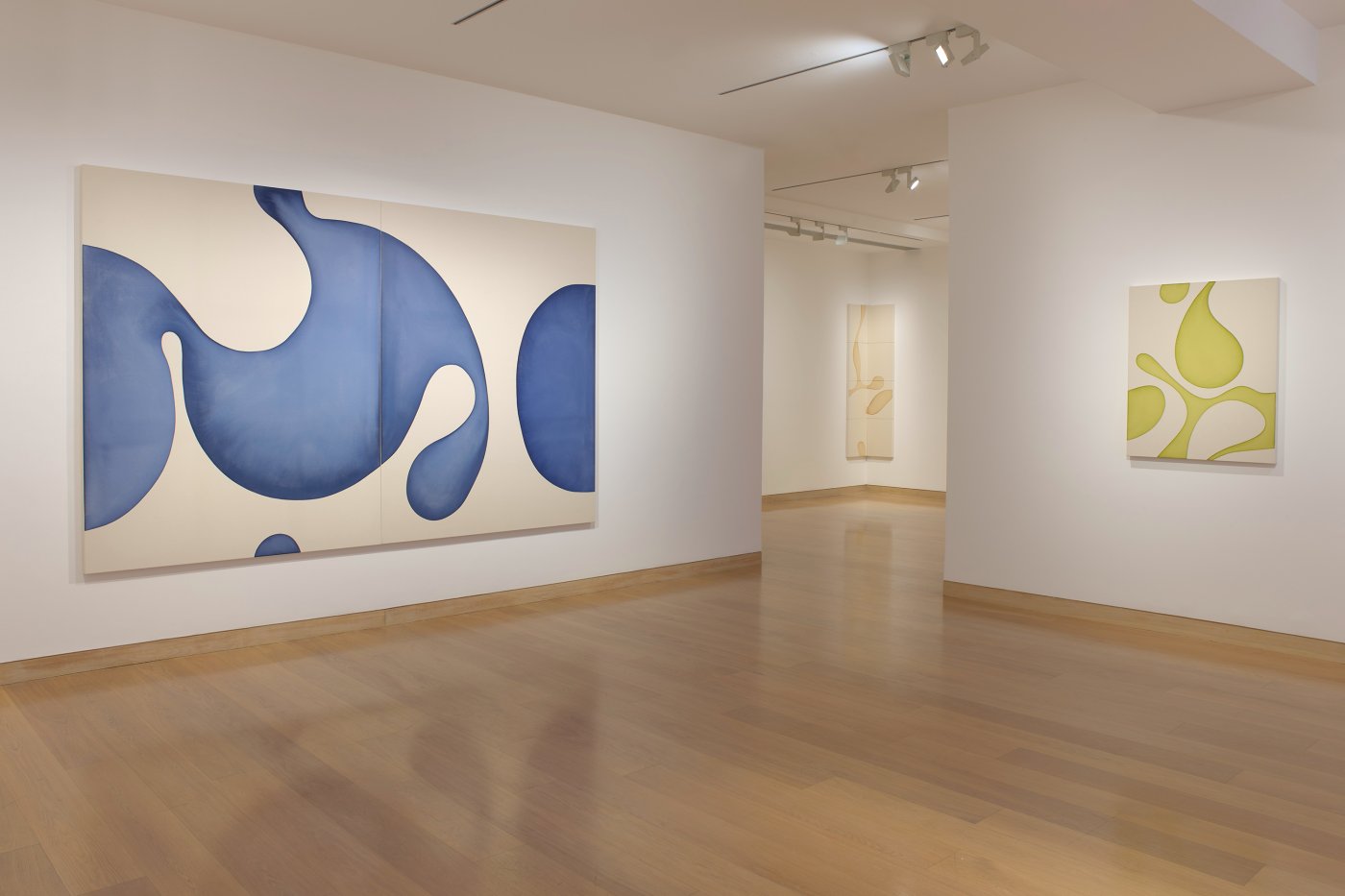 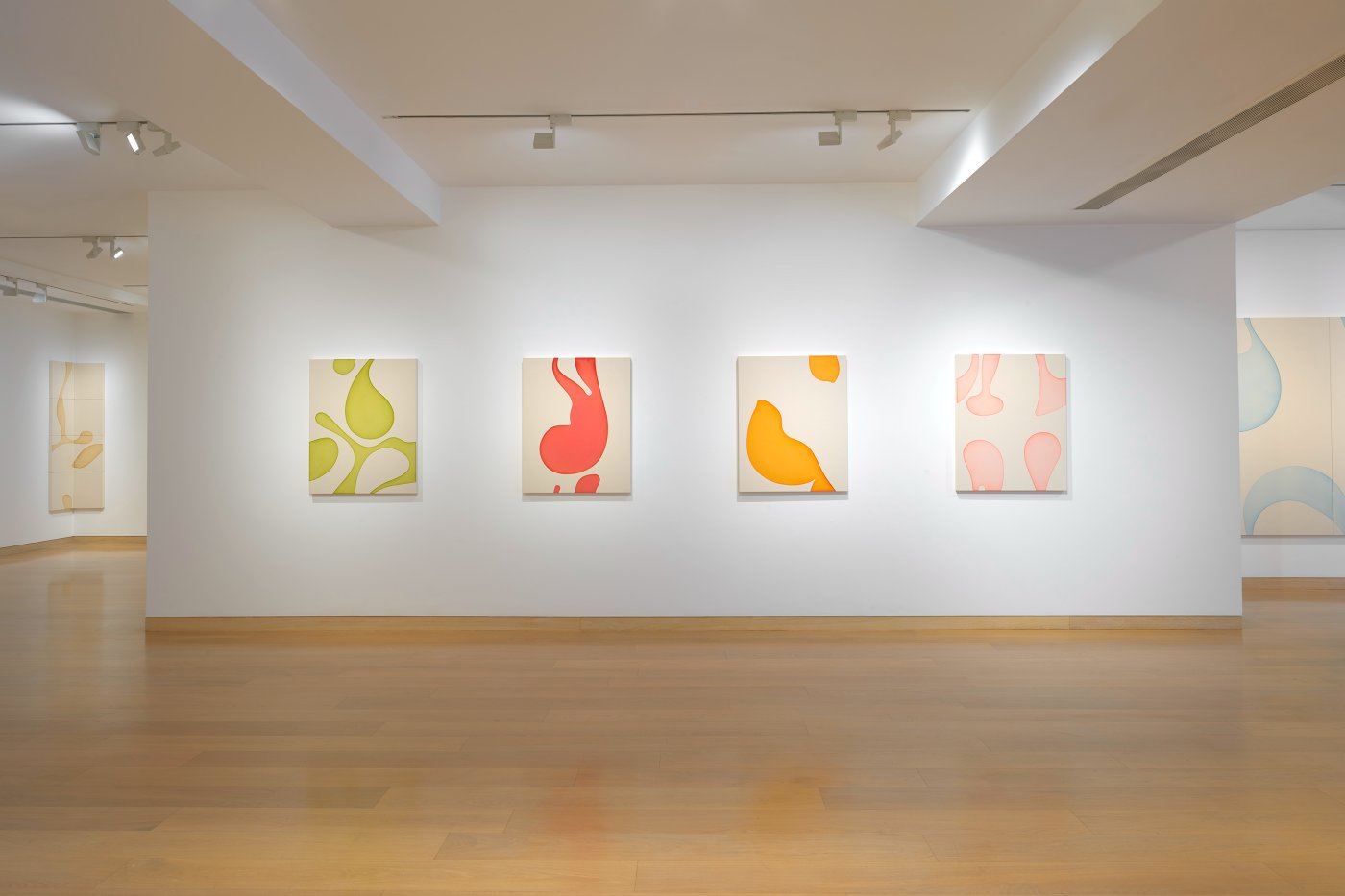 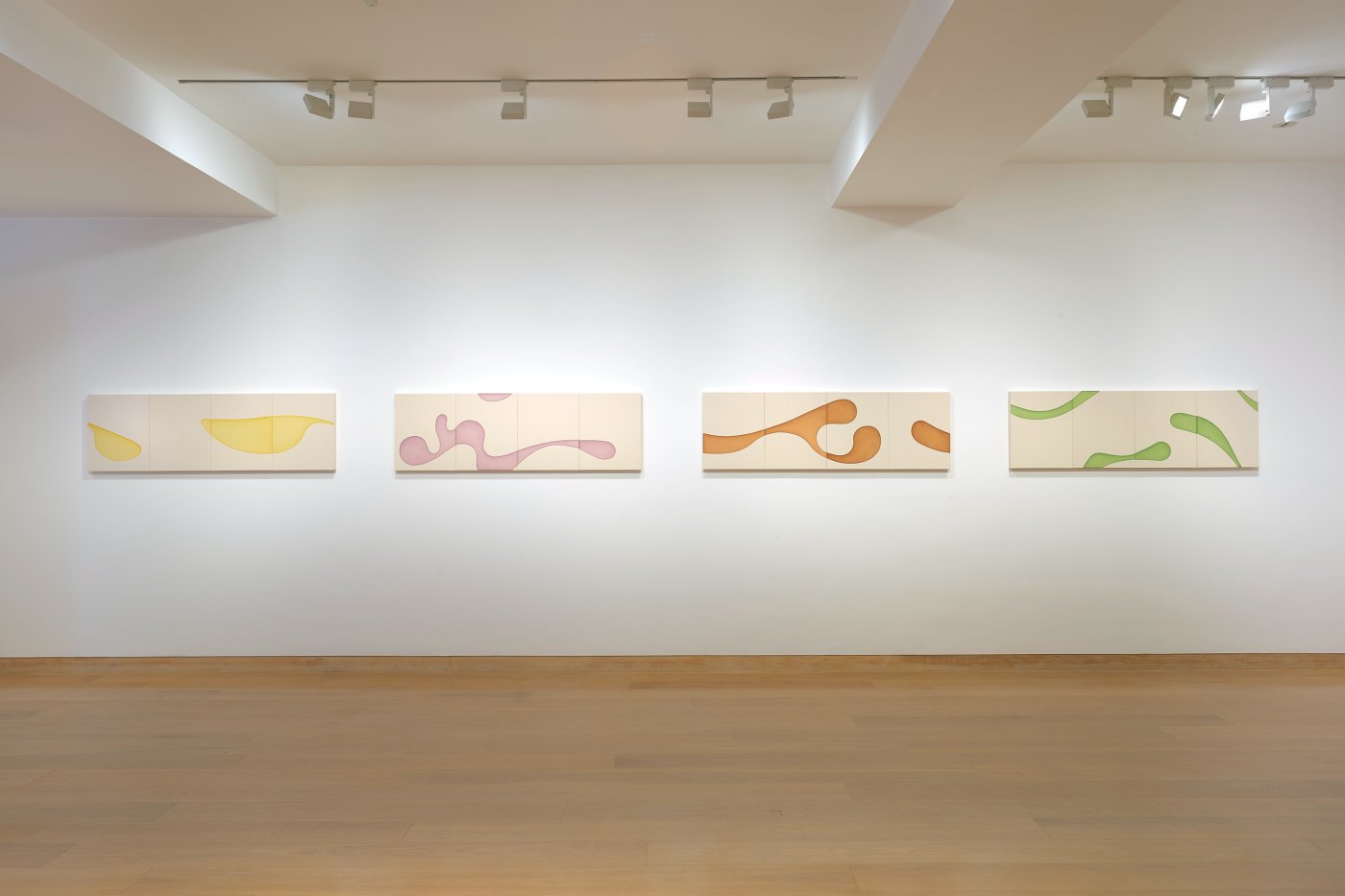 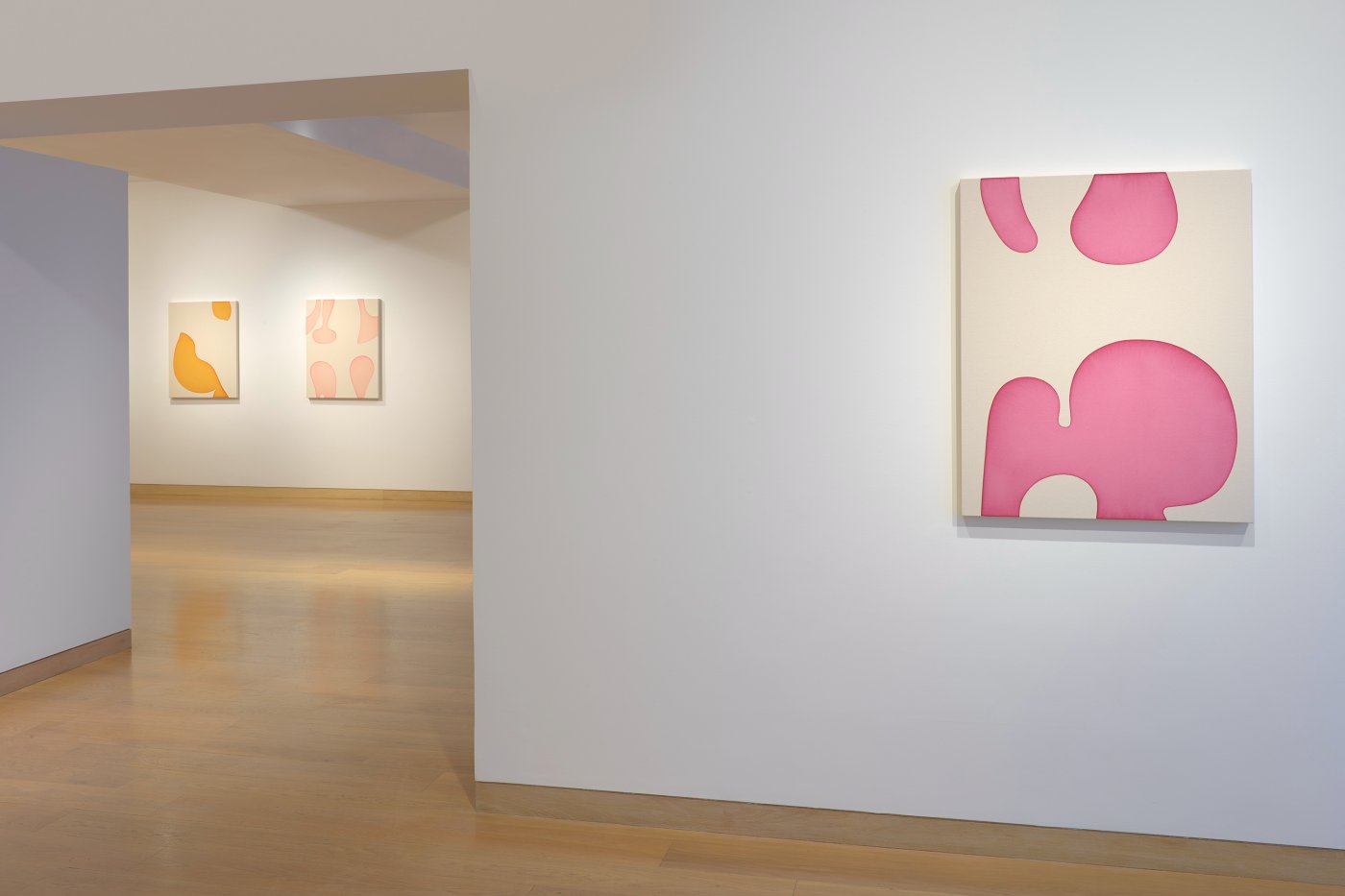 For his exhibition at Waddington Custot, Metz has developed a new series of works in response to the architecture of the Cork Street gallery, extending his trademark visual language with a new colour palette. His pieces interact with the space, which has been stripped back in order to create an open, uninterrupted visual dialogue.

As a result of global travel restrictions over the past year, Metz has been confined to the urban landscape of New York, and his work, more than ever, has provided him with an opportunity to mentally and visually ‘escape from the grid’. In the midst of the buzz and chaos around his new studio in Manhattan, Metz creates a haven of near-complete silence while working. His is a highly ritualised and meditative process, required to allow him to envision and connect with the desert landscape of his childhood home outside Phoenix, in Arizona, which he describes as a profound source of inspiration. Metz describes how his works, while entirely abstract, are ‘created from observations’, and ‘born in the natural world’; he translates the sensation of experiencing the immense striated rock formations and radiant skies of his native Southwestern US state into biomorphic shapes which range across the picture plane.

A self-taught artist, Metz initially drew from sources discovered on the internet, and was inspired by Agnes Martin, as well as the Colour Field Painters, namely the work of Helen Frankenthaler, Morris Louis and Kenneth Noland. Parallels can be drawn between these artists and Metz due their different staining

techniques; by spreading thin washes of dye on raw canvas, he achieves varying degrees of saturation, introducing a gentle pulsing energy to the individual forms. Moreover, through the repetition of related compositional arrangements, often in a sequence and beyond the margin of the canvas, Metz evokes a sense of rhythm and flow.

The artist explains about making the work: ‘It’s like choreography, it’s like a dance, it’s similar to music and rhythm’. Metz has a history playing music, and his creative language can also be understood as connected to the experience of learning instruments and reading sheet music. The installation of his paintings in sequence relates to the structure of reading music from left to right, with each section leading to the next. Metz’s practice is a continual exploration into the possibilities of enhancing and navigating space, as he describes: ‘It’s about negotiating between setting and subject, public and private’. At Waddington Custot, his work calls on the viewer to not only consider the paintings in front of them, but also to contemplate the negative space within and around the works, which is transformed by their presence and becomes, for the duration of the exhibition, a total environment conceived by the artist.