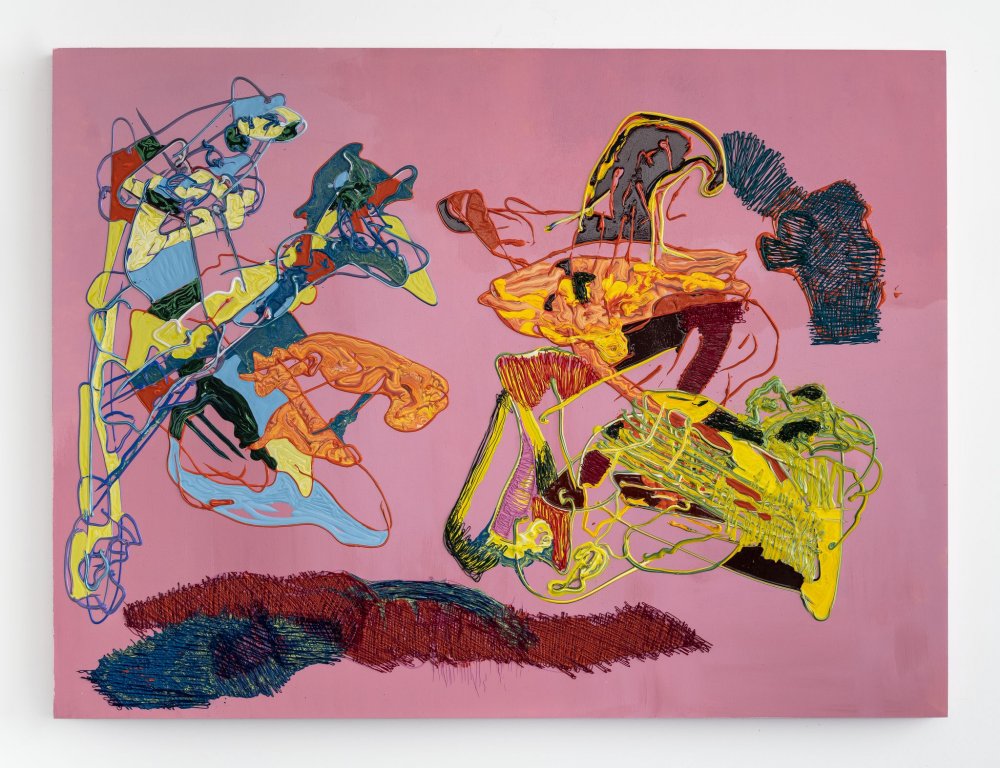 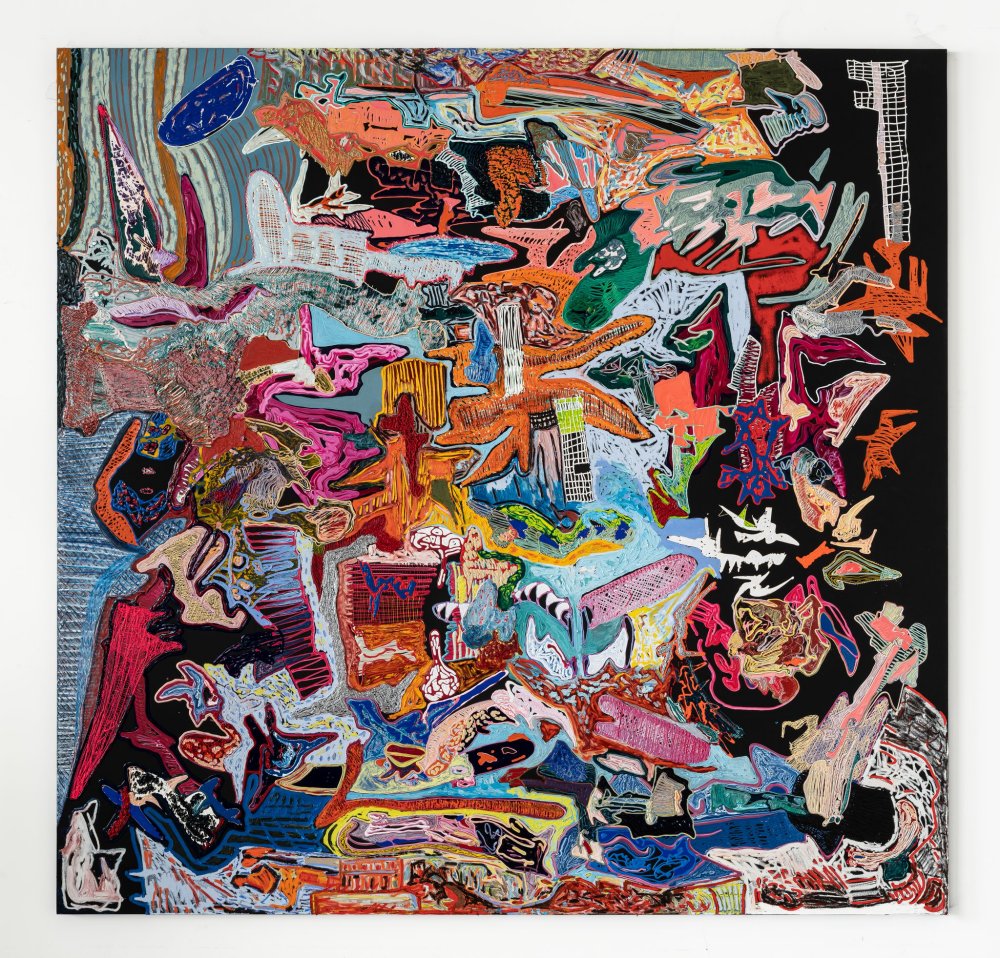 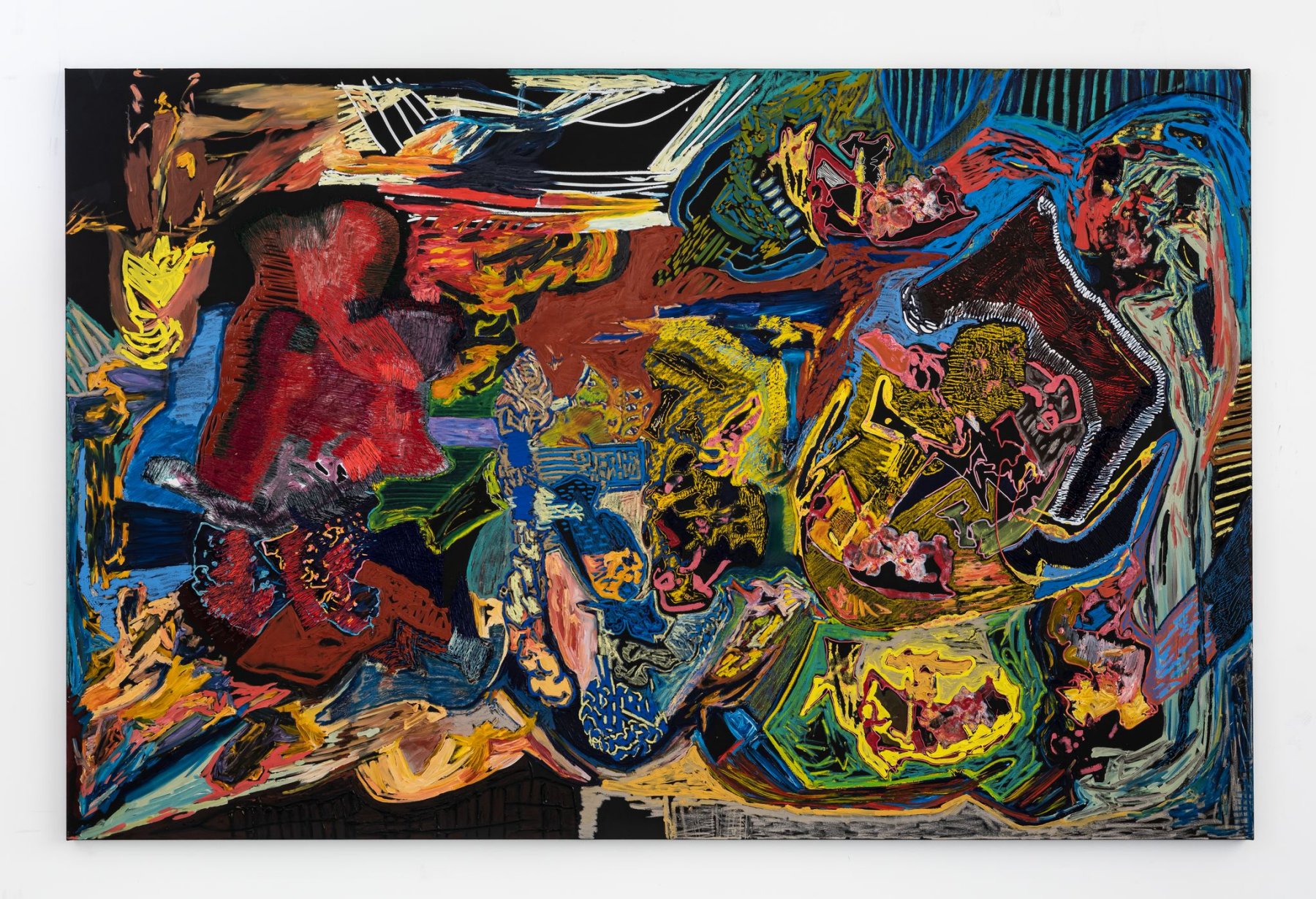 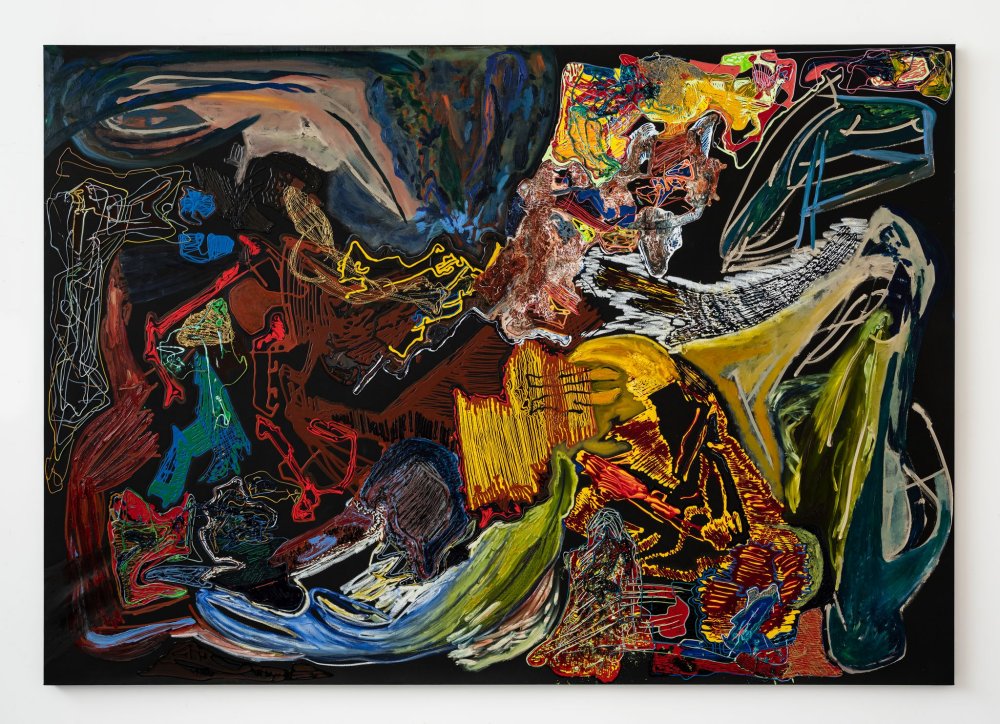 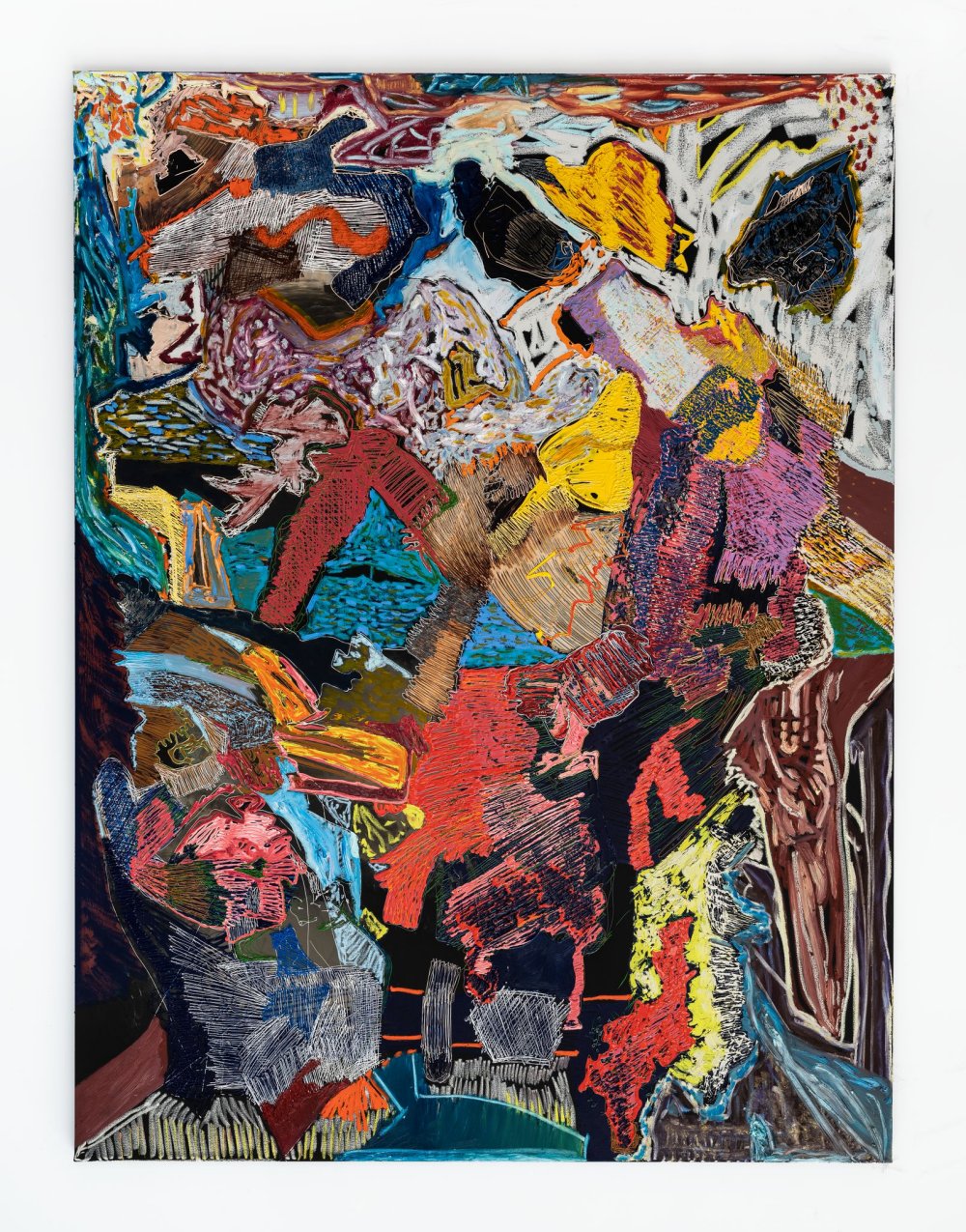 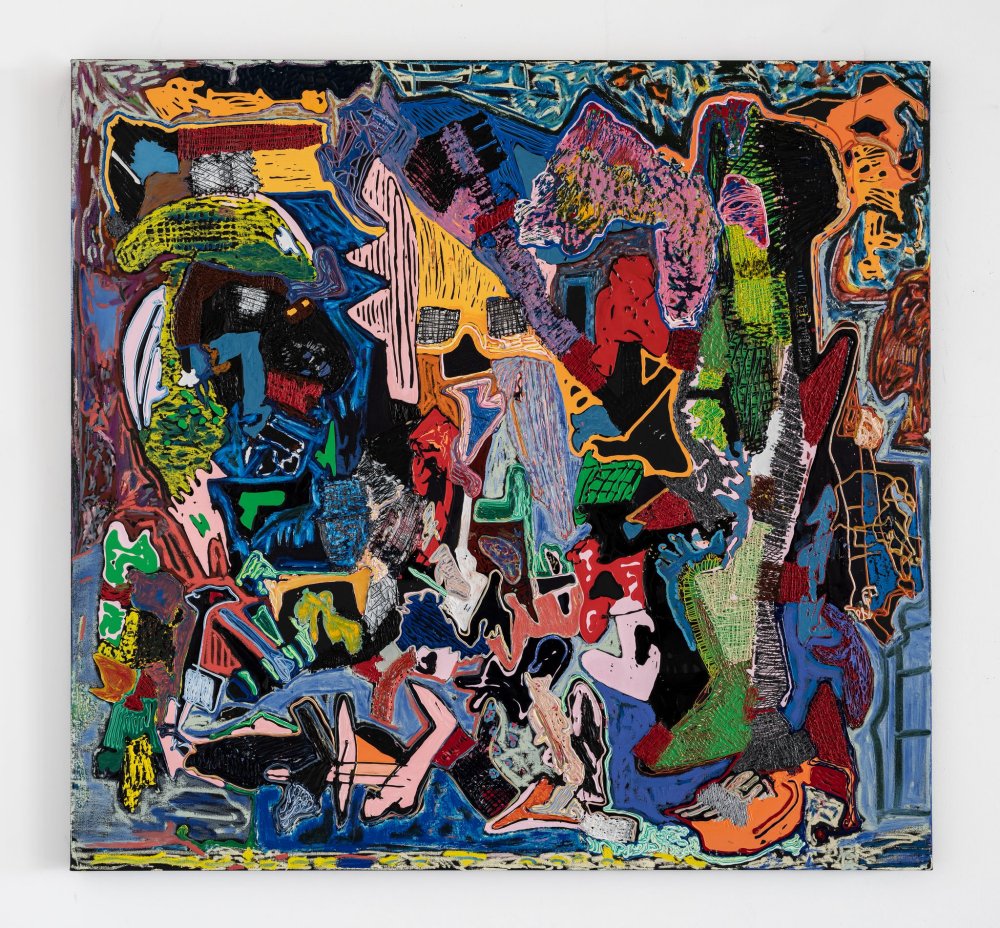 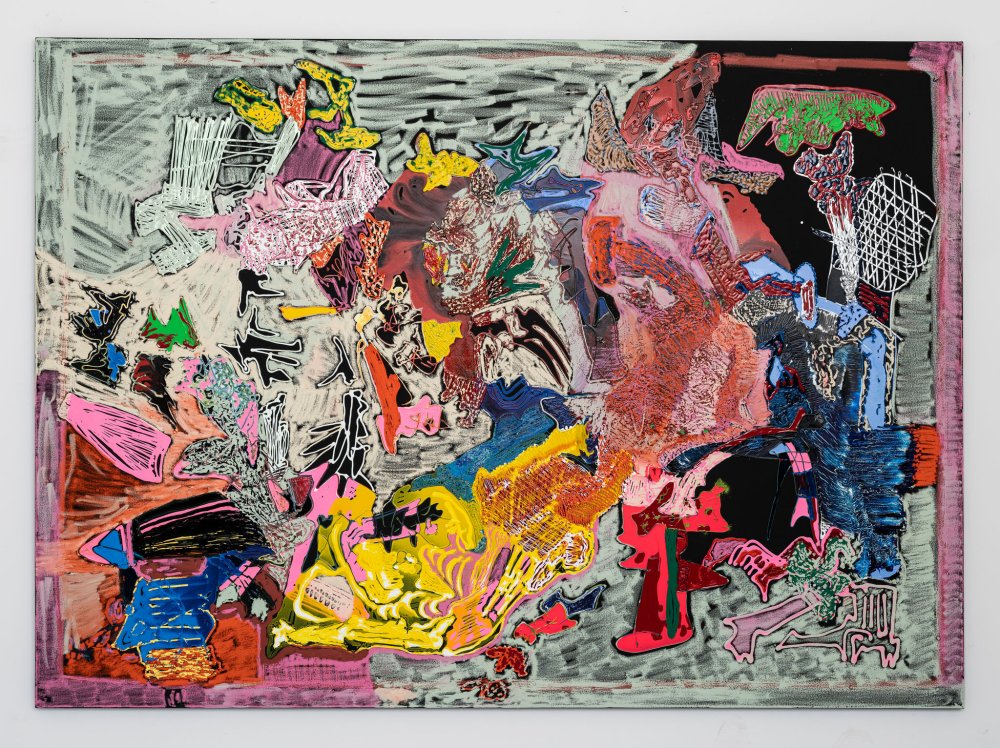 Leelee Kimmel
Wait in the Garden, 2021 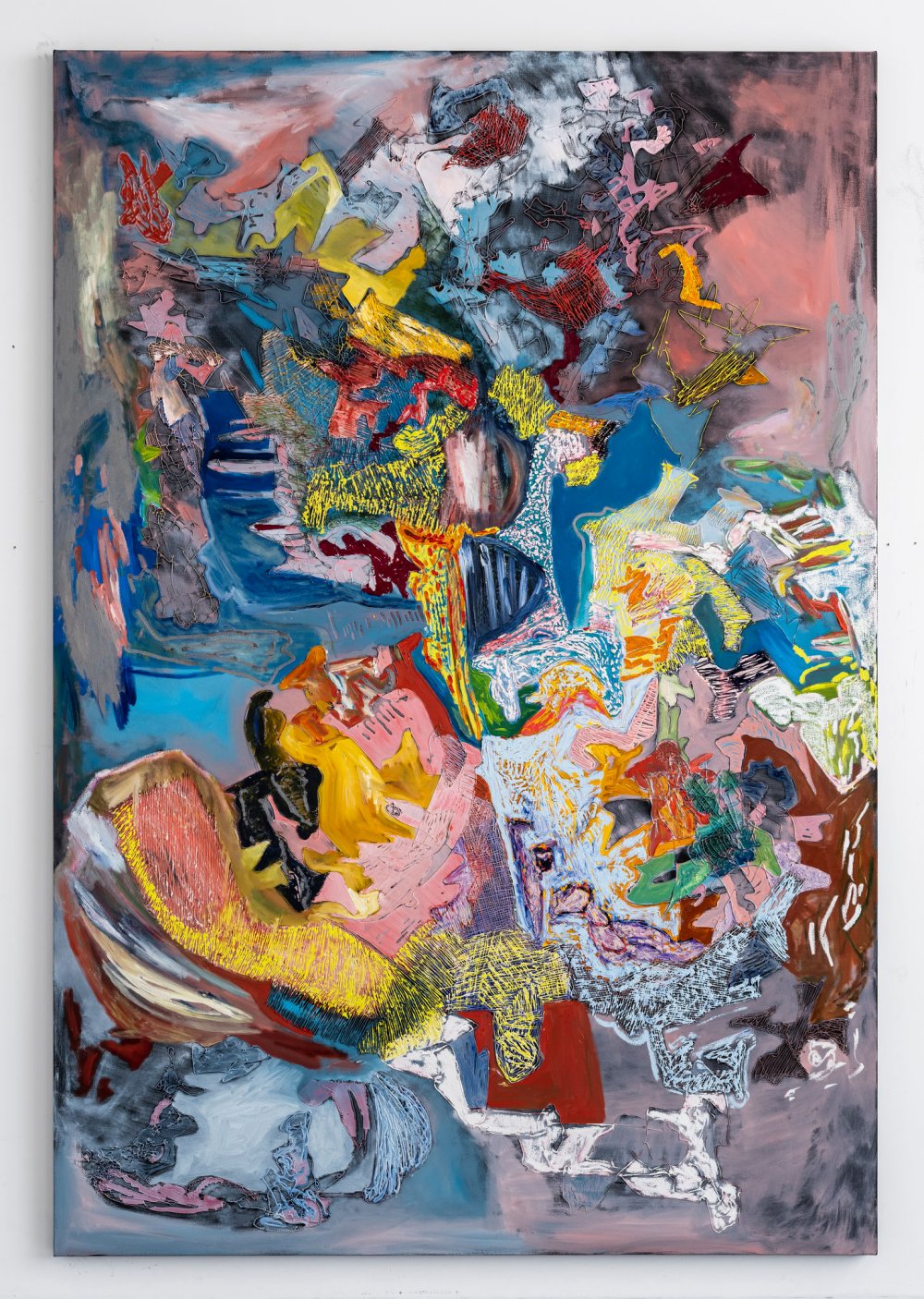 Abstraction in painting much more than representation can dress itself in the metaphors and symbols of Science. Albert Edelfelt’s late-nineteenth century portrait of Louis Pasteur, lost in contemplation in the midst of laboratory equipment of his own intends to depict a revolutionary man of science, of unflinchingly precise measurements, ideal titrations, bio-menaces beneath the microscope, bacilli of contagion. But Pasteur’s revolution—his discoveries of the principles of vaccination, microbial fermentation, and pasteurization — is in no way rendered in the makeup of his image, which is utterly confined to a species of Realism far less obstreperous than that of Courbet: a kind of “realist” alibi for a shopworn iconography and worn-out representational language, a language of unmouthable clichés. Abstraction by contrast offers over and over rich affective and symbolic registers for a notion of science, the scientific, and (take the bad with the good) the obfuscations of the scientistic, the pretend science. Ovoid and parabolic shapes become atoms, molecules, organic chemistry, the origins of Life; become the ballets of orbiting planets and stars going supernova. Abstract Expressionism brought this tendency to a climax of sorts: Pollock, Newman, Rothko, and Gottlieb pictured in abstract raiment the thrills but maybe more the chills of the atomic age, the Cold War. The furious whorls of Pollock could only be described as vectors or traces of explosive, transforming, metamorphic energies; Gottlieb never tired of rendering a convulsed splotch of pigment as the Big Bang or The Day the Earth Stood Still, nuclear annihilation.

Leelee Kimmel’s paintings have always sustained this vibe, her abstract shapes from her very first show proclaiming themselves biomorphs, and avowing kinship with the art of Surrealism of Joan Miró, Yves Tanguy, and Roberto Matta-Echaurren. The most immediately apparent stylistic or formal quality is the impression of rapid, perfervid mark making. Her thick impastos nonetheless appear as if racing, colors violently switching ON/OFF ON/OFF, furious binaries. And this gestural ferment, these leaping and bounding motions indicate a desire for relentless movement within the confines of the picture plane and no less within the viewer, who may come to long for those moments of intersection or erasure in Kimmel’s work when everything goes quiet, stops pullulating: when this foreign-seeming tumult proffers moments of respite, or silent meditation. There’s a sort of restless athleticism in Kimmel’s abstractions: we imagine the painter engaging in the most passionately direct way with her materials, demonstrating once again the heuristic value of Harold Rosenberg’s idea of the AbEx canvas as “an arena in which to act.” One’s eye travels through the shallows and depths of poetical science-fiction dreamscapes, breathlessly looking, searching, and then discovering. Kimmel makes assertively abstract paintings, and yet “totally abstract” nonetheless her work engages in a playful yet conceptually investigative manner with issues of “hidden,” surreptitious, or cryptic representation. She is committed to the formal adventure of abstraction, but abjures any comforting illusions about purity or purgative “rigor.”