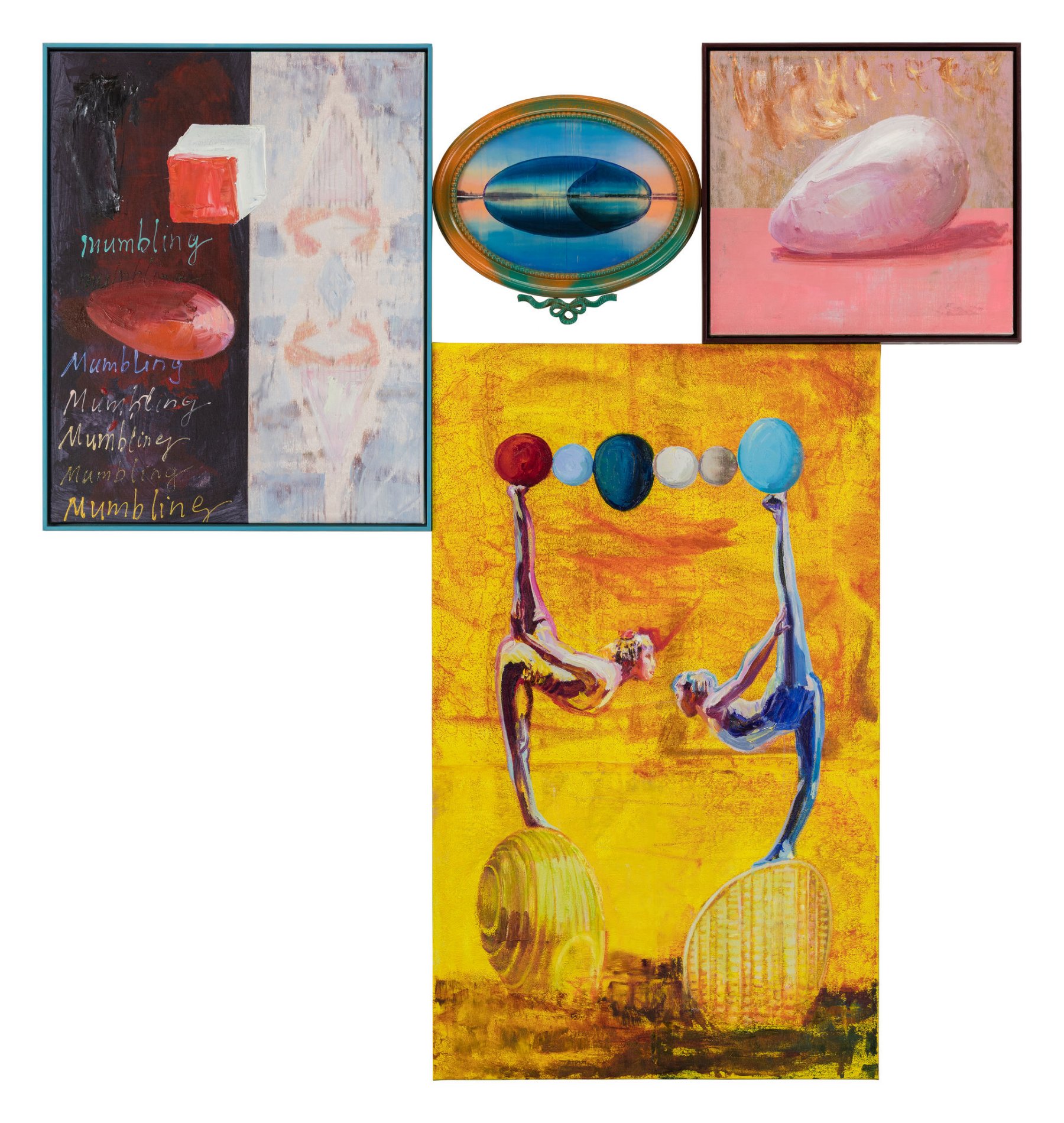 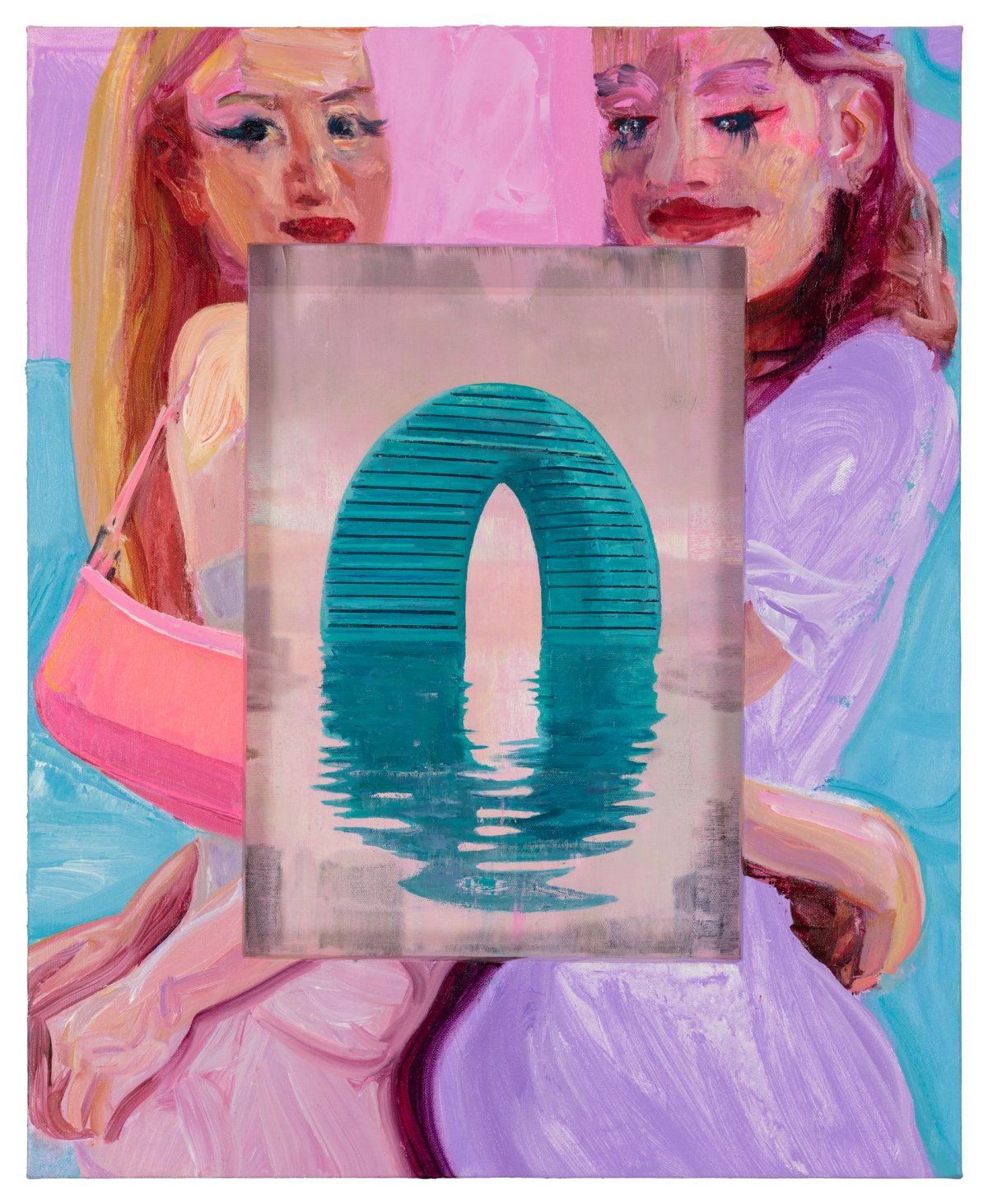 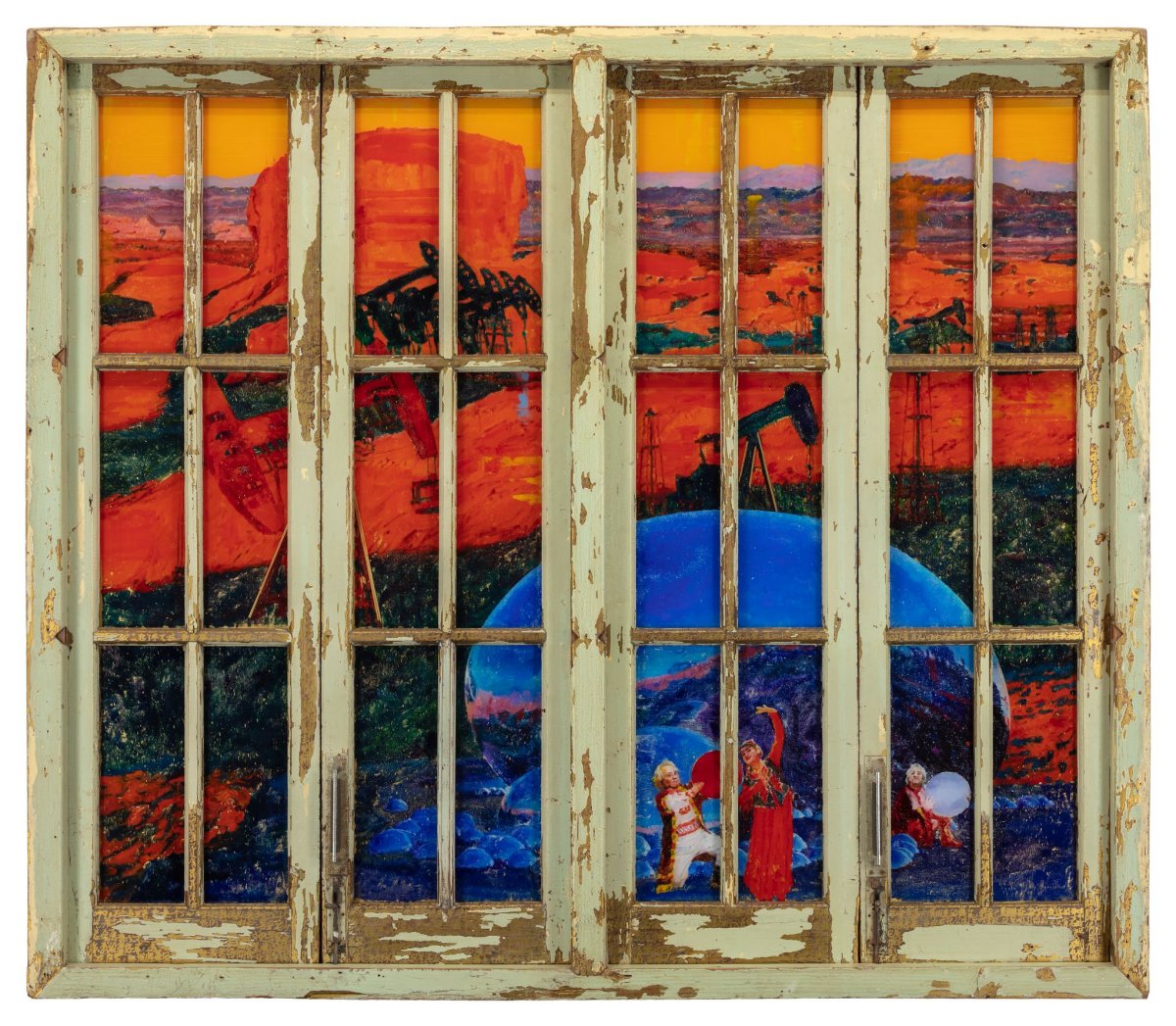 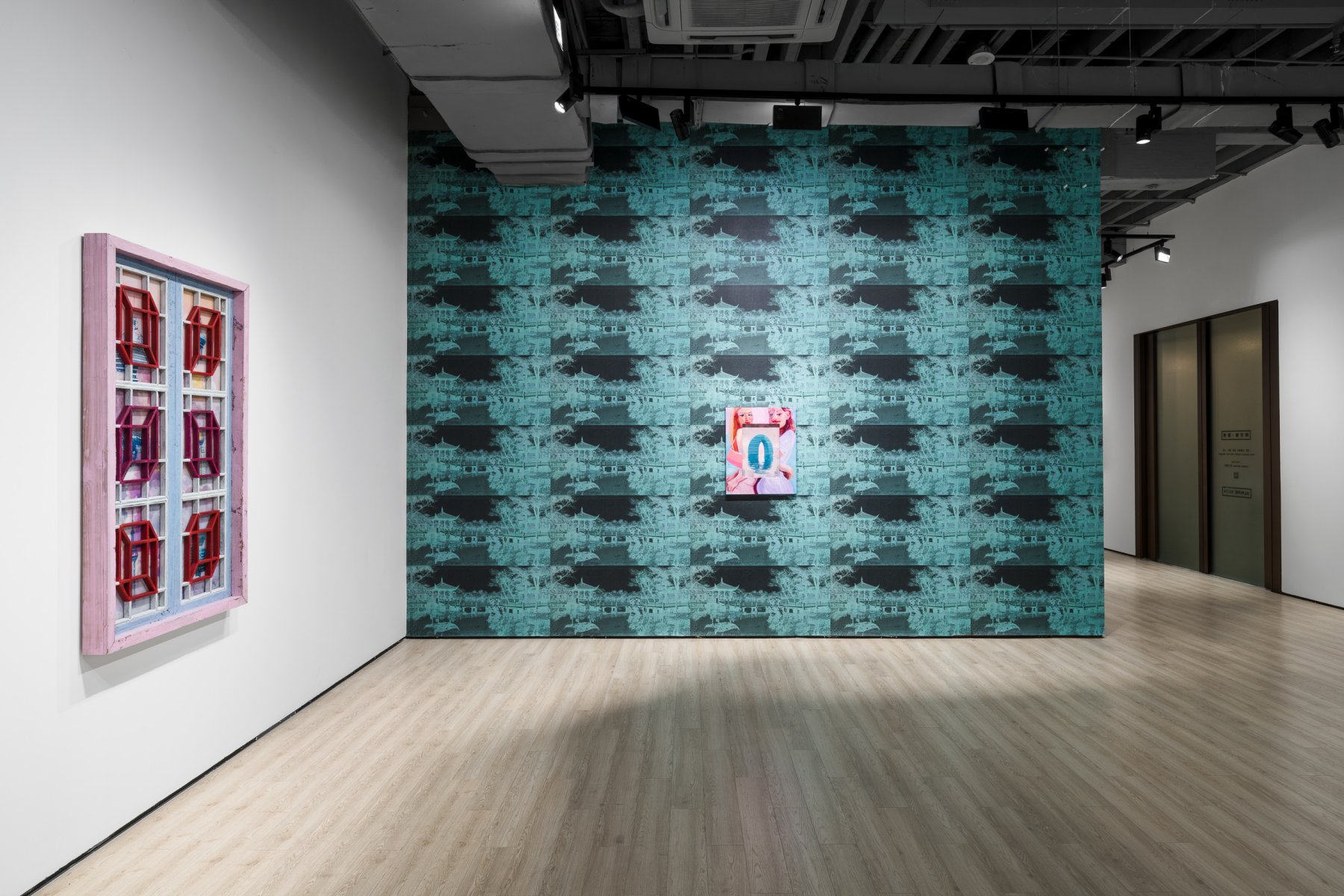 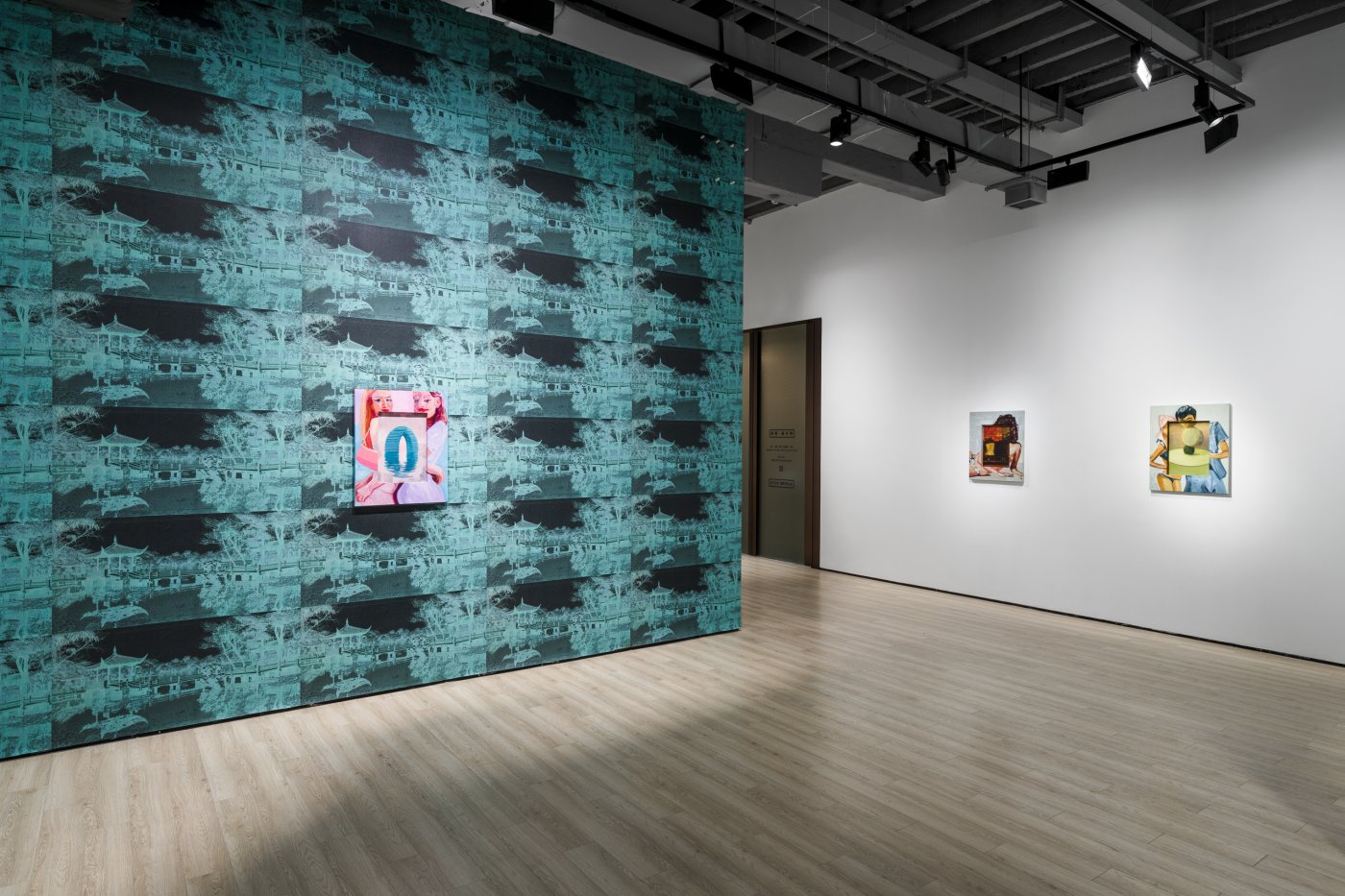 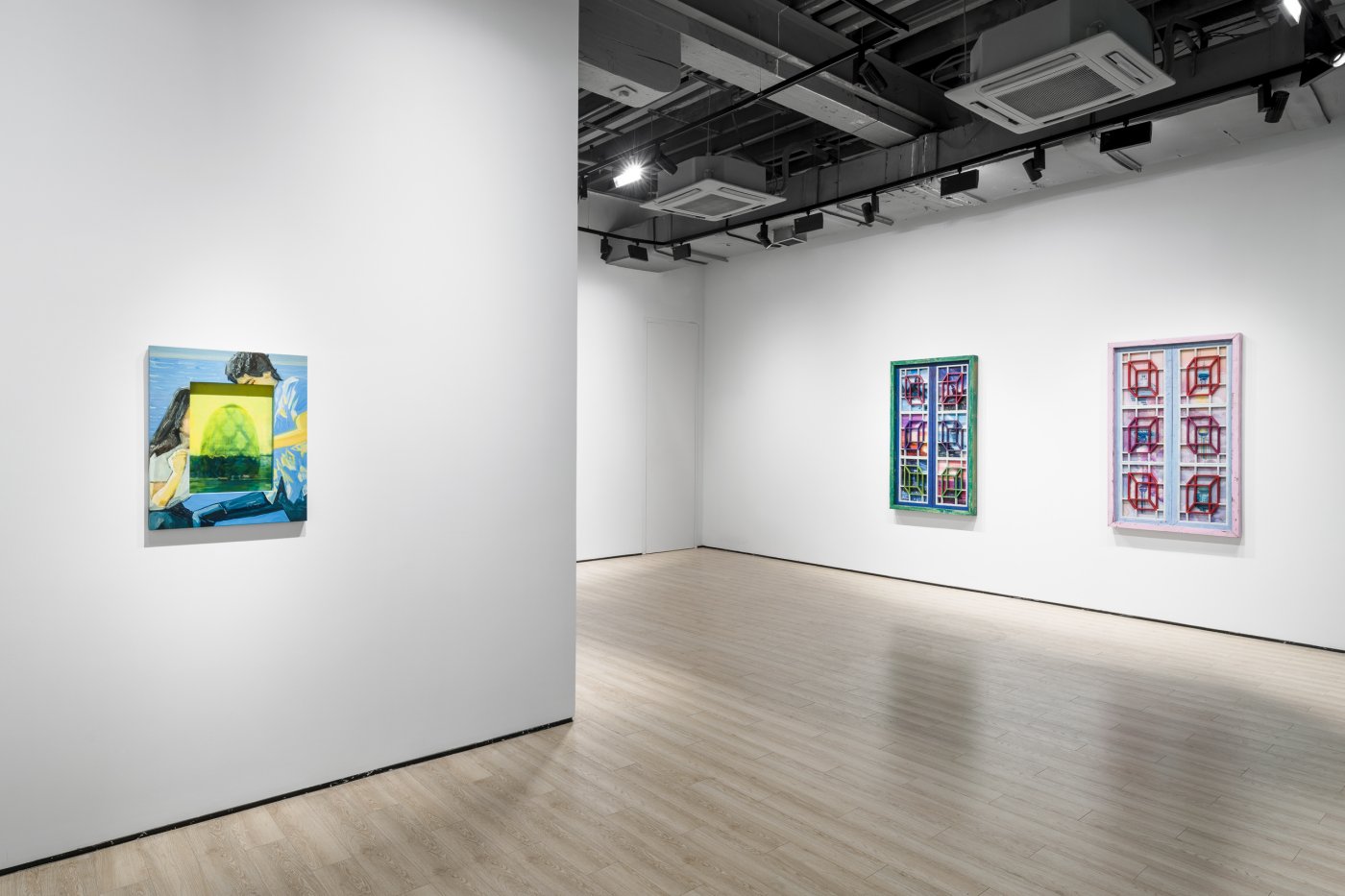 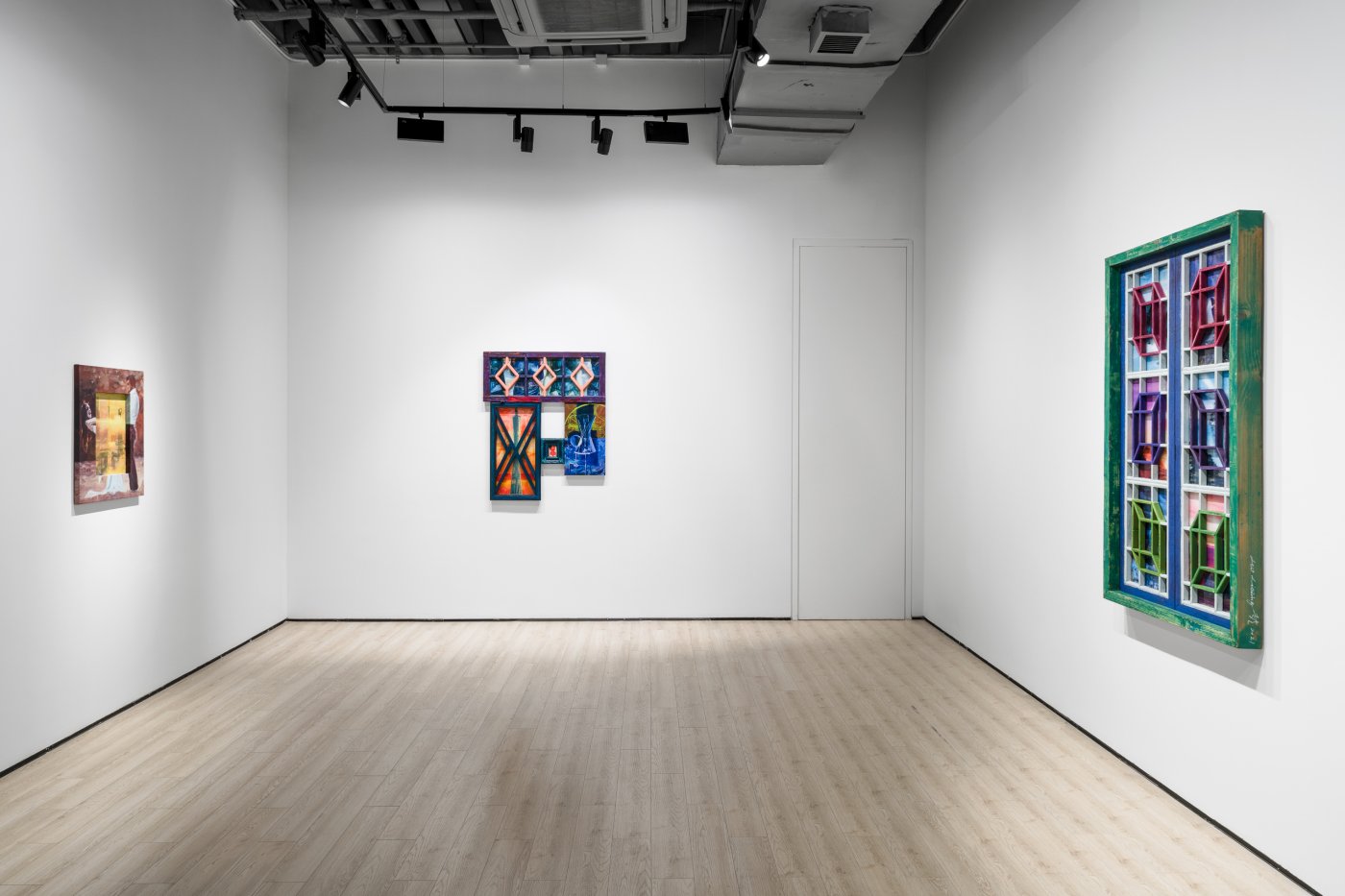 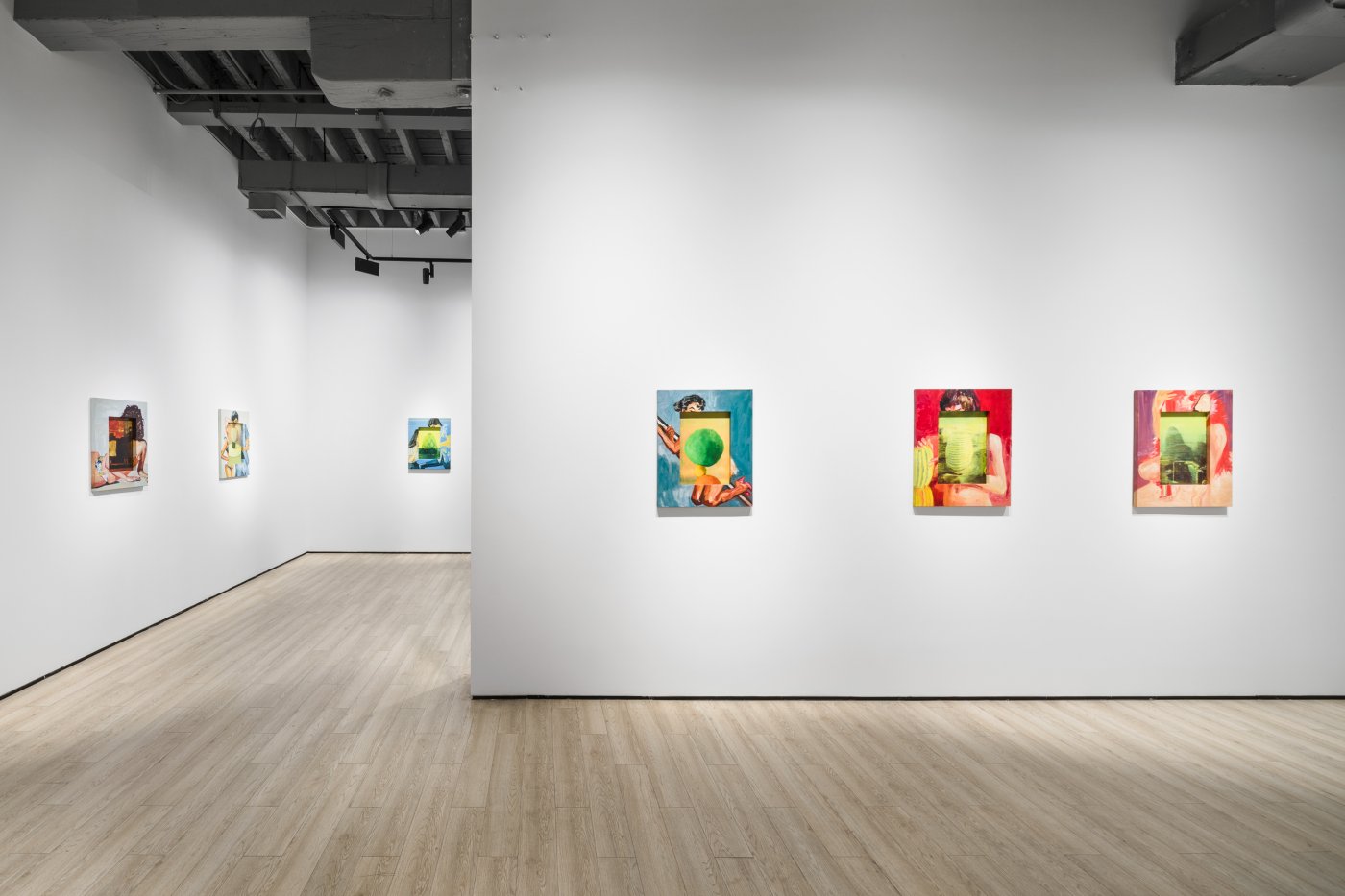 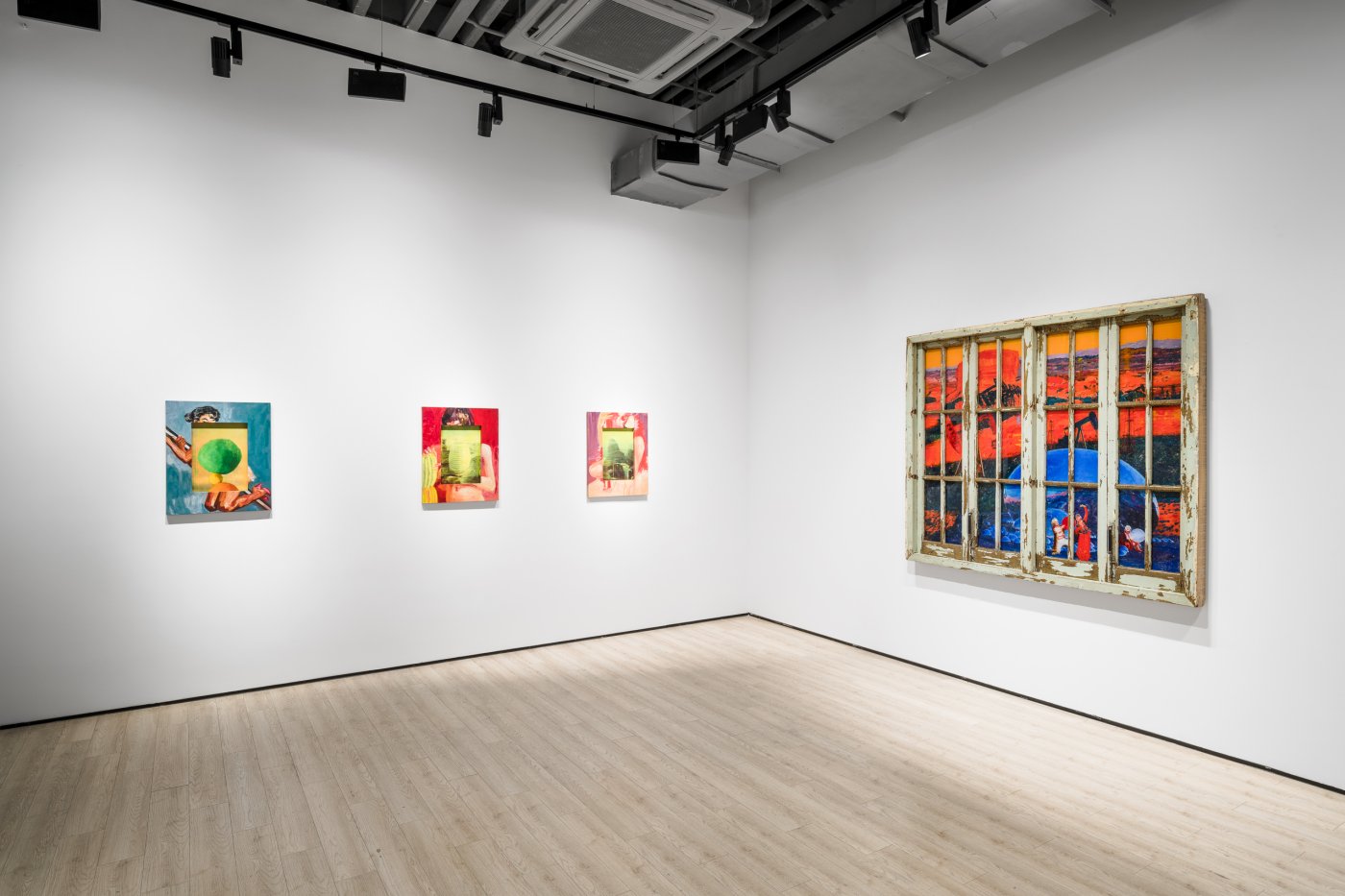 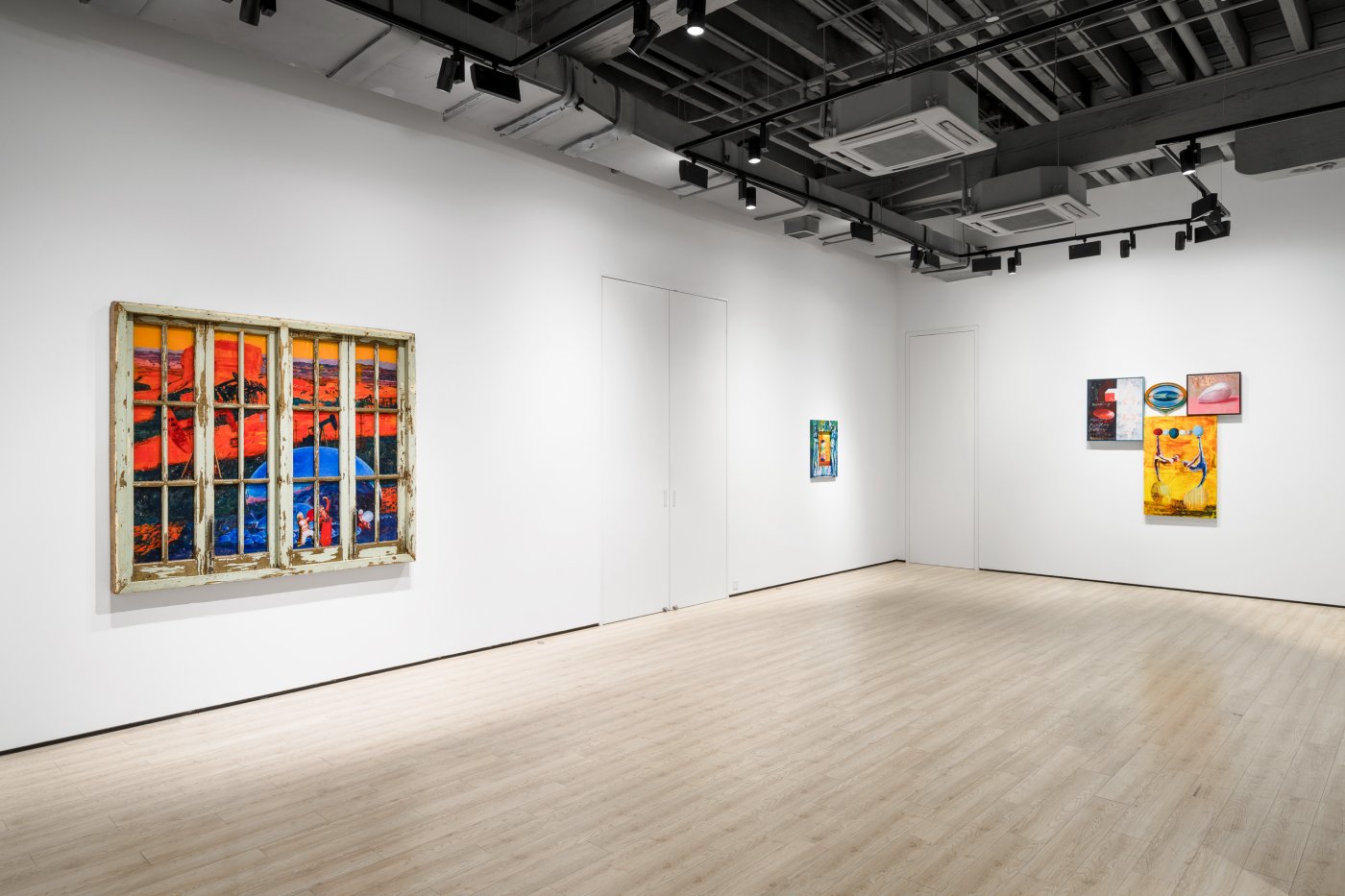 The view-finding function of the window frame is affirmed not only by occidental painting theories, but also by oriental architecture. The view from a window has been a typical model of the Western gaze ever since Alberti introduced linear perspective[1] to the world in the 15th century. Moving along in art history, painting scenery reproduced and restricted by the window shows its contrast with the fluid landscape in Shan Shui (Chinese landscape painting). Li Qing’s painting on windows certainly refers to this part of history, but it also embodies ideas within garden and landscape design. Instead of comparing paintings to windows, classical garden designers used windows as viewfinders for spatial composition, as threads to interweave the scenery of four seasons to create an ever-changing field. Painting on window frames triggered an encounter of these two worlds, questioning a relation of power that has dominated viewers for a long time, thus privileging the other landscape.

At the same time, painting on window frames creates an absent presence. The boundary issue that was initially concealed returns as a more prominent being, which further develops Li Qing’s practice. The artist’s latest series of ‘Frame-shaped Paintings’ continues to address the issue of inter-painting. In the series ‘Spot the Difference’, Li Qing invites the audience to look for the differences between two paintings; while in ‘Images of Mutual Undoing and Unity’, the artist lets two undried paintings overlap, penetrate and damage each other. The frame-shaped paintings not only allow one to ‘enframe’ (Gestell) another, but also reproduce the history of analogy between architecture and the human body. In this case, Li Qing’s frames of paintings move from backstage to the front – like Giacometti’s plinth – engaging in the scenery of the artwork. The synesthesia and topology between the human body and architecture have infused the scene with dynamics. While the body’s shape appears to be divided, it invokes an image layer in the void, thanks to our perception’s integrity. This image layer coheres the compositions of the two paintings with body image, and the two also render each other like they do in the ‘Mutual Undoing’ series. While eighteenth-century architecture is about pursuing a sublime beauty realized by the reflection of human bodies[2], Li Qing’s pop architectures point to very different aesthetics and spiritual pursuit. The geometric architecture is echoed by the staged body postures revealing the modern myth of the middle class. However, numerous depictions of architecture point to its negation, for these buildings not only symbolize the uncanny myth of modernity but also reflect the unhomely nature of those attracted to it.

The vast practice with frames liberates the object’s metaphysical significance. The artist references Heidegger to ponder the essence of painting as a techne, while attempting to raise questions about the frames of perception. To what extent has perspective, a crucial model of modernity[3], long coerced our manner of viewing? Is the abstracted geometry of buildings a hegemonic symbol of aesthetics? Considering the geometrical domination in our vision, from the immense to the minuscule, has the distribution of the sensible already reached an impasse? The inquiries into the frames of perception project an uncanny aesthetic unique to this land, a groundless aesthetic experience that reflects the lifestyle and identification of particular groups. Li Qing’s wooden windows, faded over time, have thus become objects as a witness of history. While they record, they do not forget to inquire.