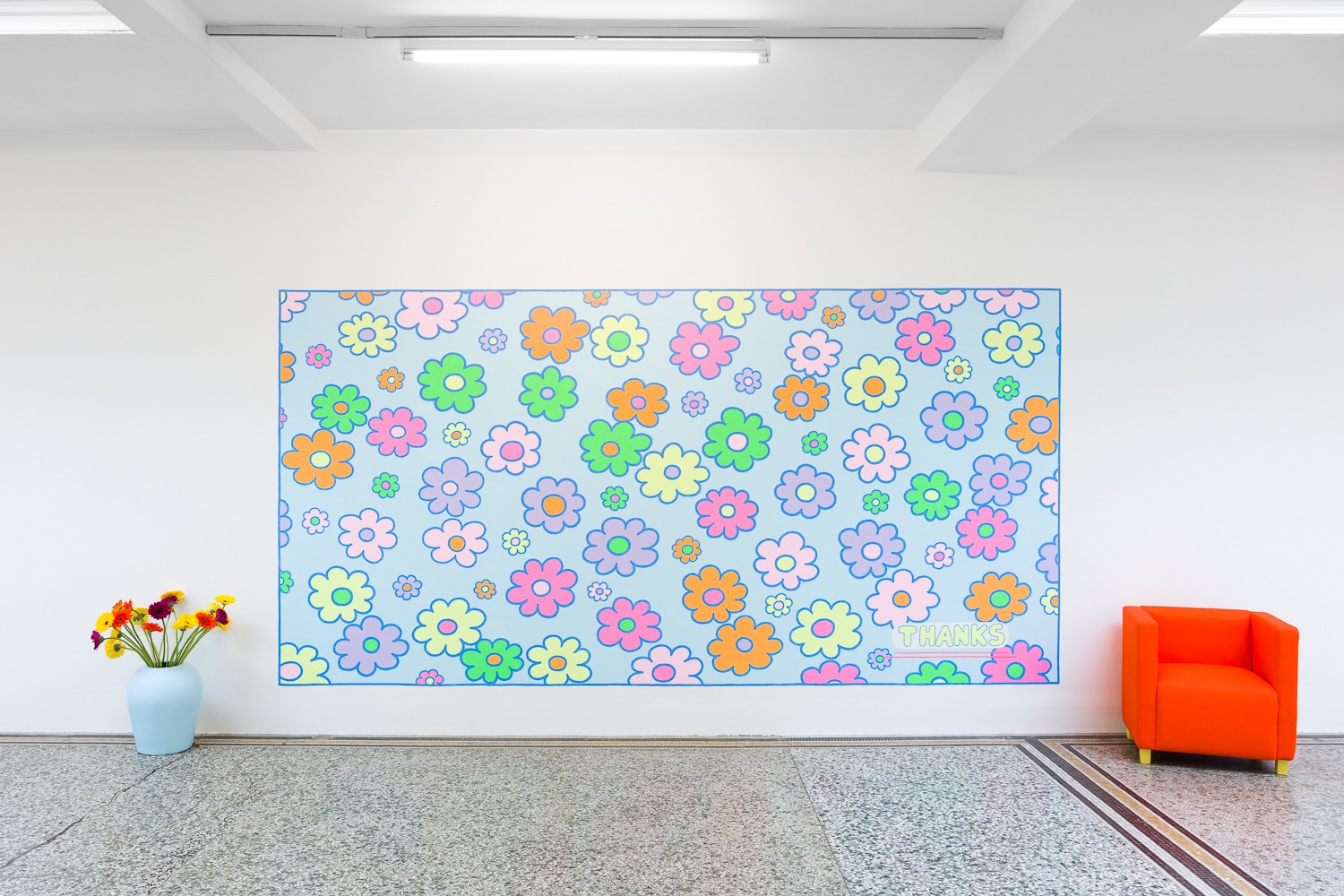 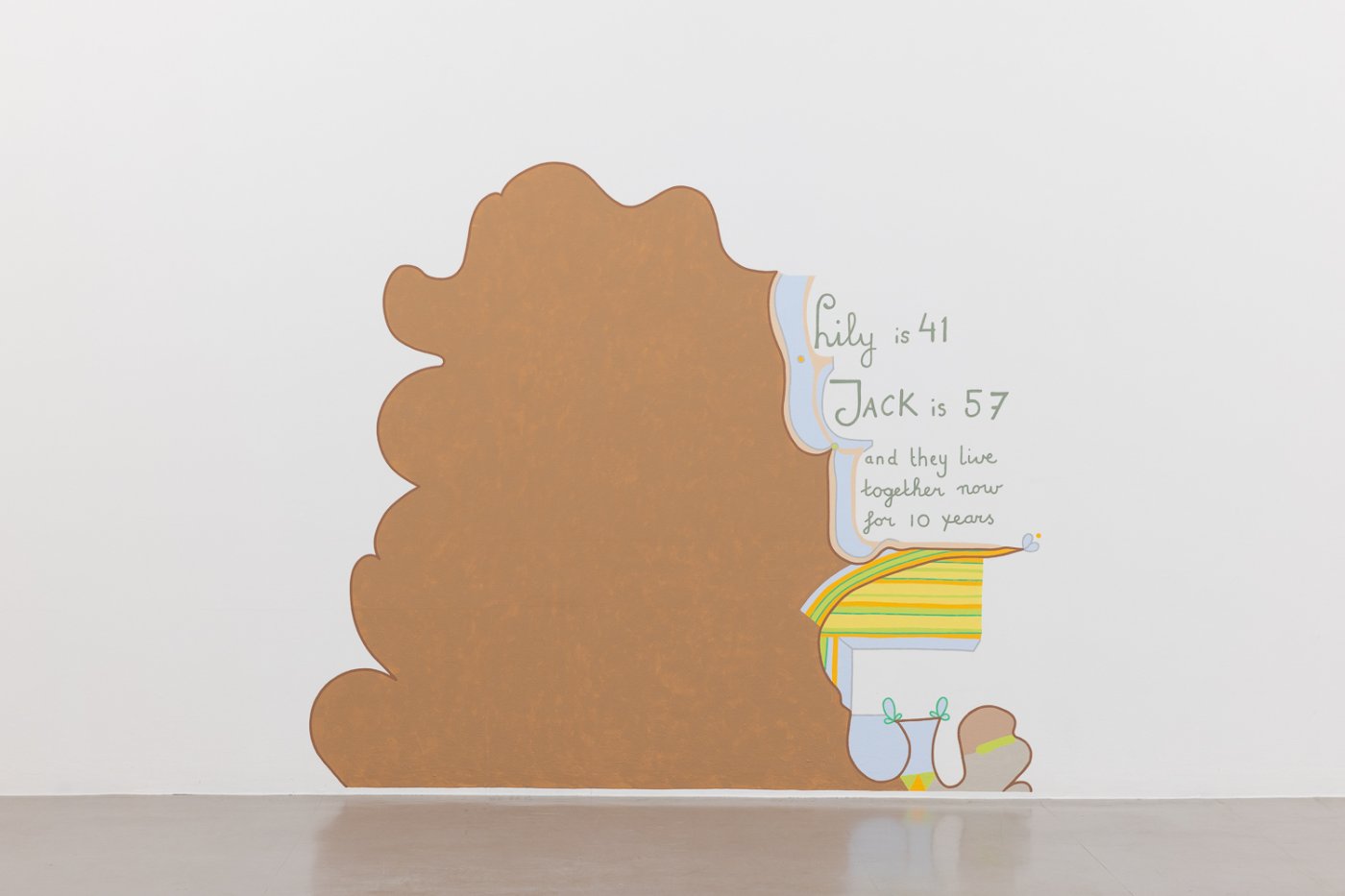 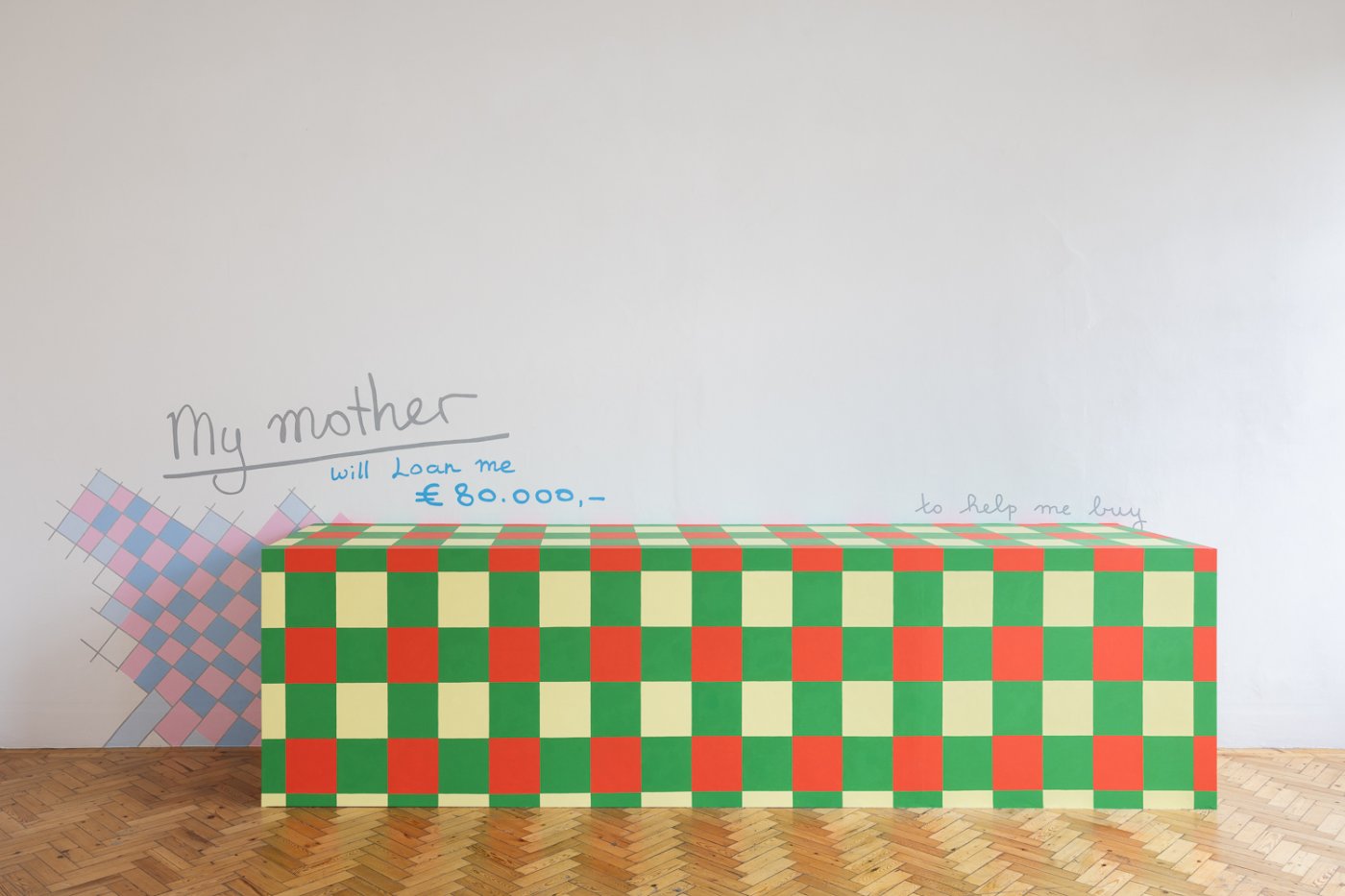 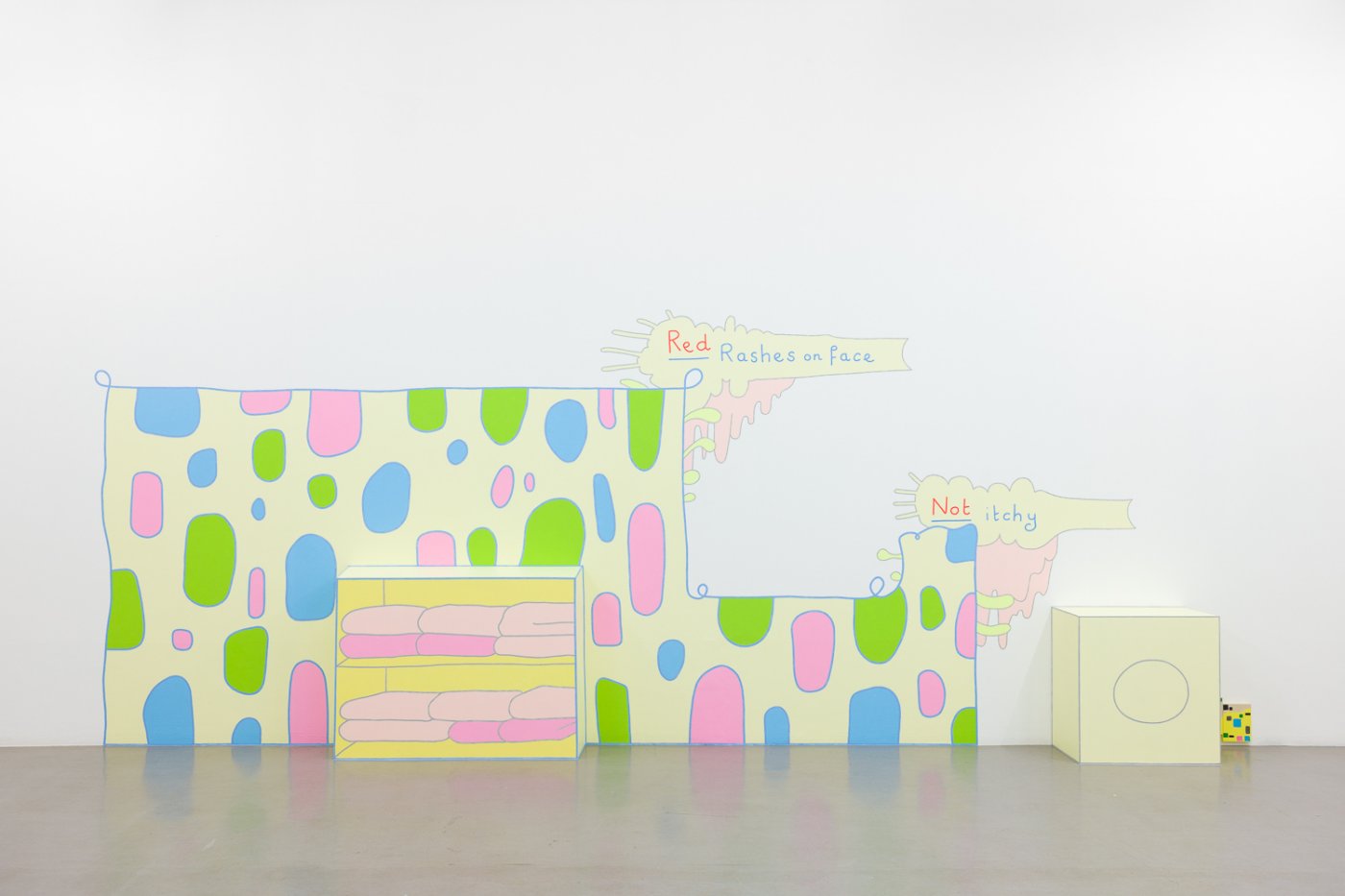 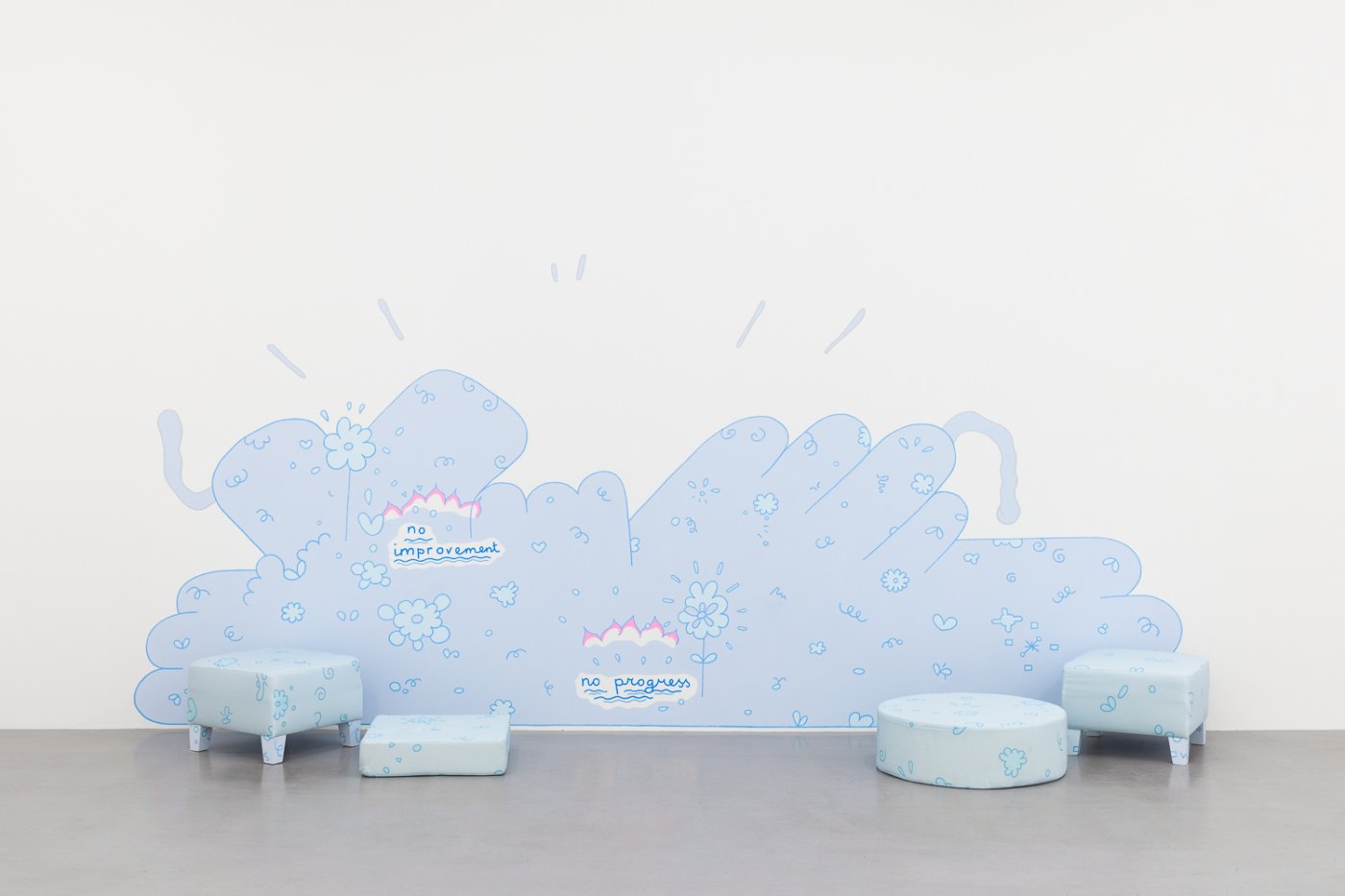 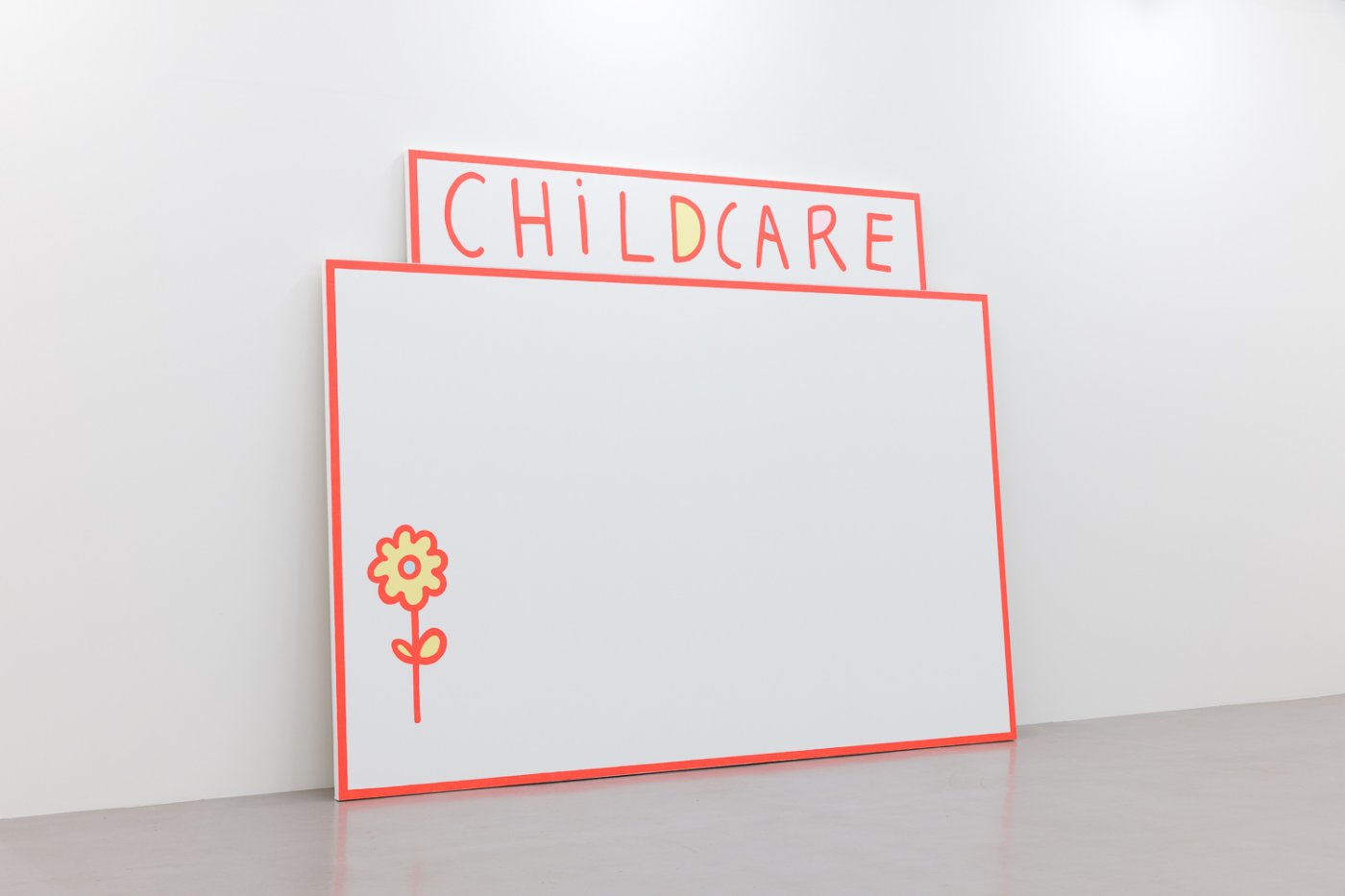 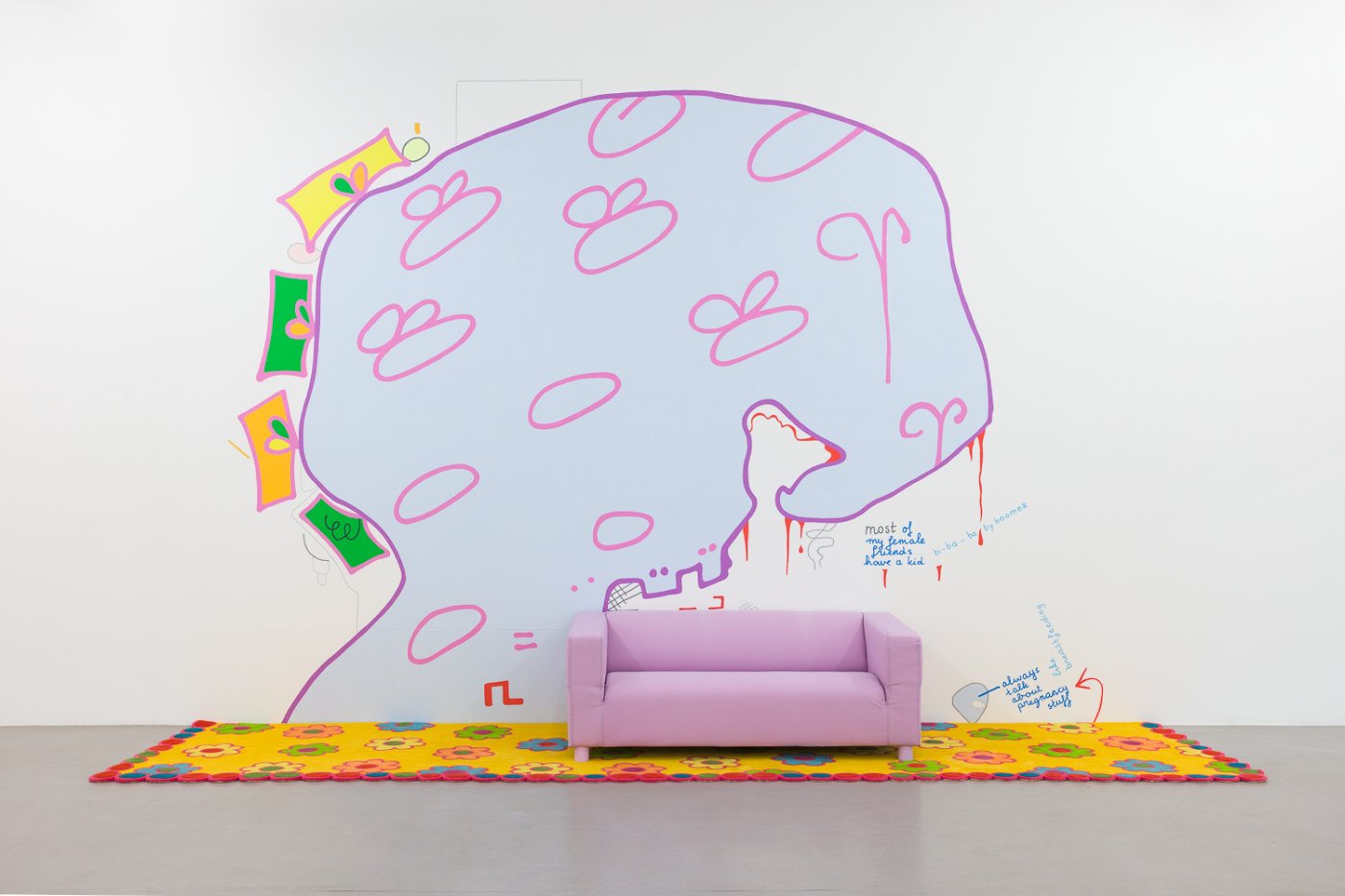 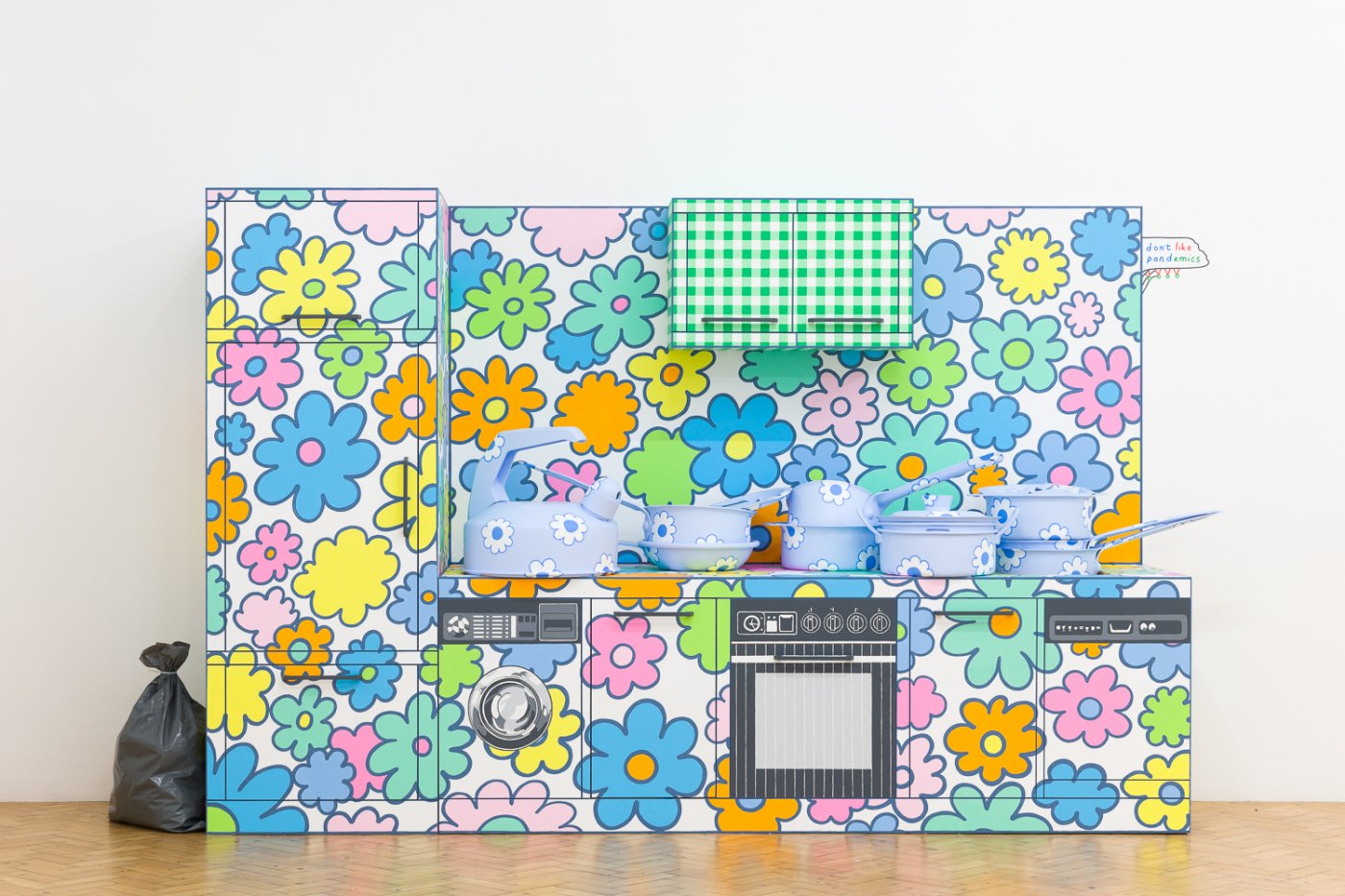 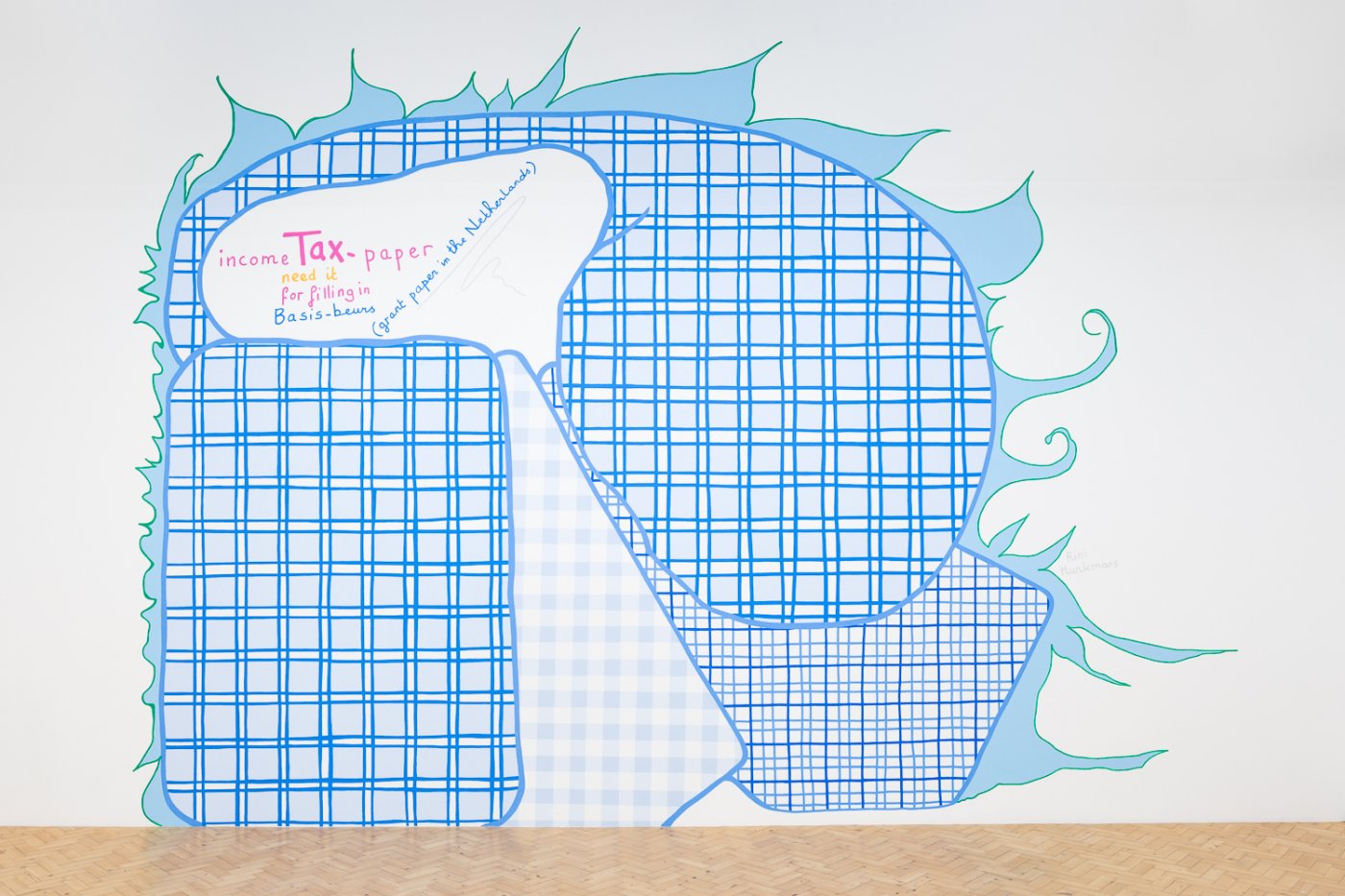 The exhibition brings together a group of works made by van der Stokker between 1989 and 2021, which address ideas of society, home, friendship, work, finances, illness and care; as well as speaking to this extraordinary contemporary moment. While some works have previously been realised in other contexts and spaces, others are presented across Camden Art Centre’s galleries for the first time. The exhibition will also include a number of original drawings on paper and works on canvas produced over the last 30 years.

Van der Stokker draws her images with an exacting care and precision, configuring them against one another for the specifics of each space, before scaling them up and executing them directly onto the gallery walls. Her monumental wall paintings – with their distinctive colour palate and highly decorative motifs, including flowers, clouds, patterns and curlicues – play on apparently clichéd stereotypes of femininity, but her work has a depth and toughness that belies its saccharine aesthetic. For more than 30 years she has immersed herself in the supposedly mundane material of everyday life, taking seriously the intricacies of the small, the personal and the overlooked, while at the same time forging a radical feminist practice in a language she has made entirely her own. Behind its apparent softness and sincerity – once described as ‘so sweet it can kill’ – her work remains both provocative and radical.

Optimism, joy, gossip and the petty trials and tribulations of everyday life are given a wide birth in most artistic practices, whilst work which centres the domestic and decorative has traditionally been seen as the antithesis of serious contemporary visual art. Van der Stokker’s work disrupts such hierarchical considerations, challenging conventional conceptions of artistic value and merit, whilst firmly positioning itself within the legacies of feminist, post-minimal and post-conceptual art. Despite its exuberance and frivolity, its disarming humour, and its bold celebration of the ugly, the sweet, the beautiful and the silly, her work takes itself and its subjects seriously; reclaiming themes and aesthetic languages that have been routinely devalued, derided and disparaged for centuries by a patriarchal culture that has consistently denigrated the feminine and feminised what it considered superfluous or ‘other’.

At a time when we have all been forced to make drastic and once unthinkable changes to our lives, van der Stokker’s longstanding engagement with the supposedly ‘little’ themes of family, relationships, work, home and the domestic, feel more appropriate, more timely and more important than ever.