Hauser & Wirth New York opens its fall season with a survey of foundational works by pioneering American artist Lorna Simpson. Occupying all three floors of the gallery’s 69th Street location, this exhibition traces the impact and enduring influence of Simpson’s early photography-based output from the 1980s and 90s, with a selection of works on loan from major museums, private collections, and the artist’s studio, in the most comprehensive presentation of this period of the artist’s career since her first major survey, For the Sake of the Viewer, organized by curator of contemporary art Beryl Wright at the Museum of Contemporary Art in Chicago in 1992. 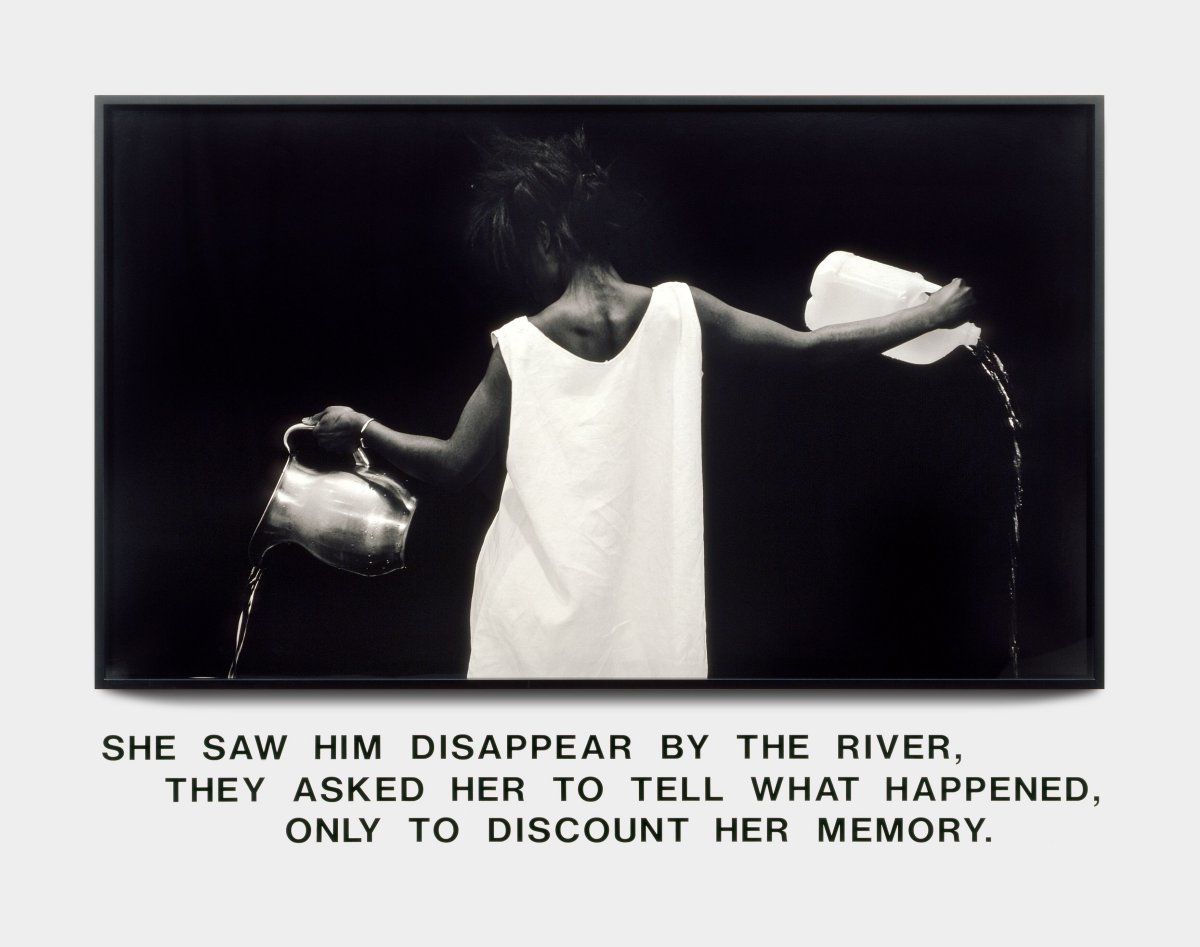 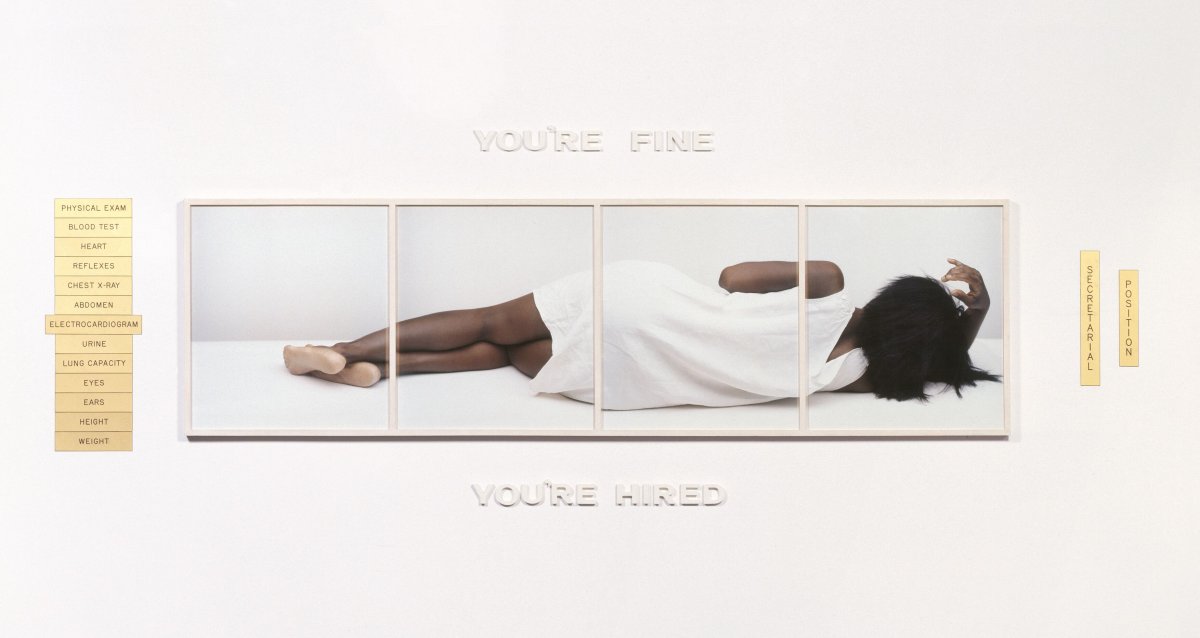 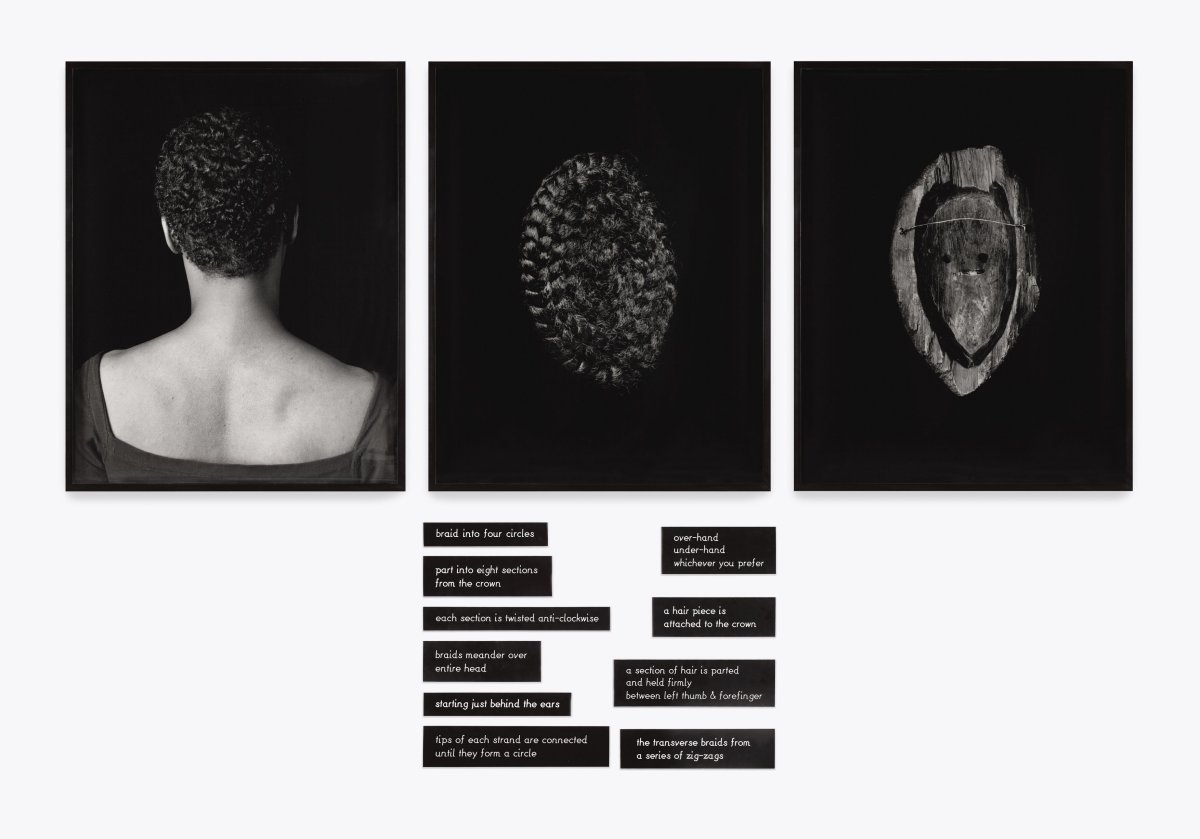 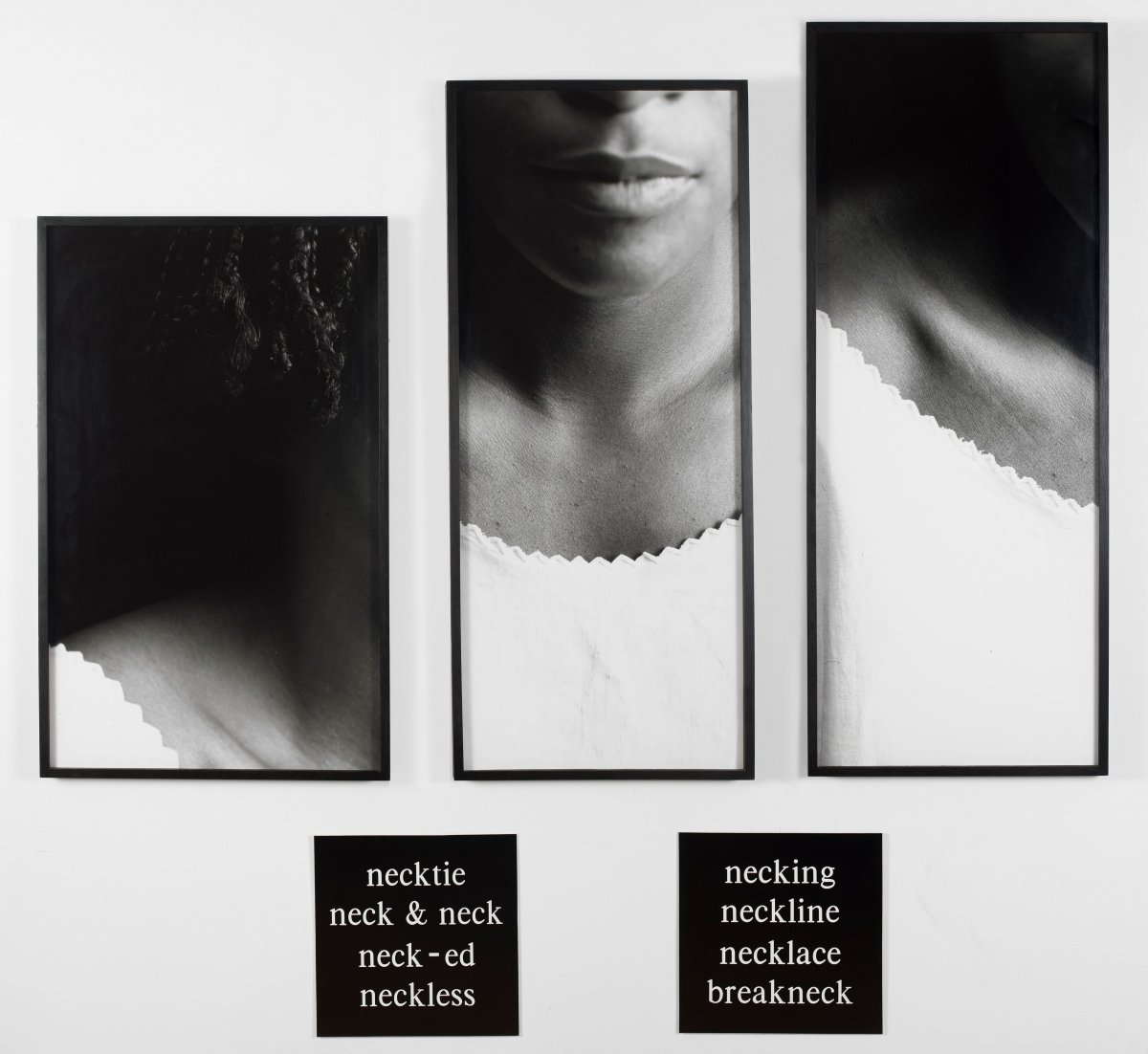 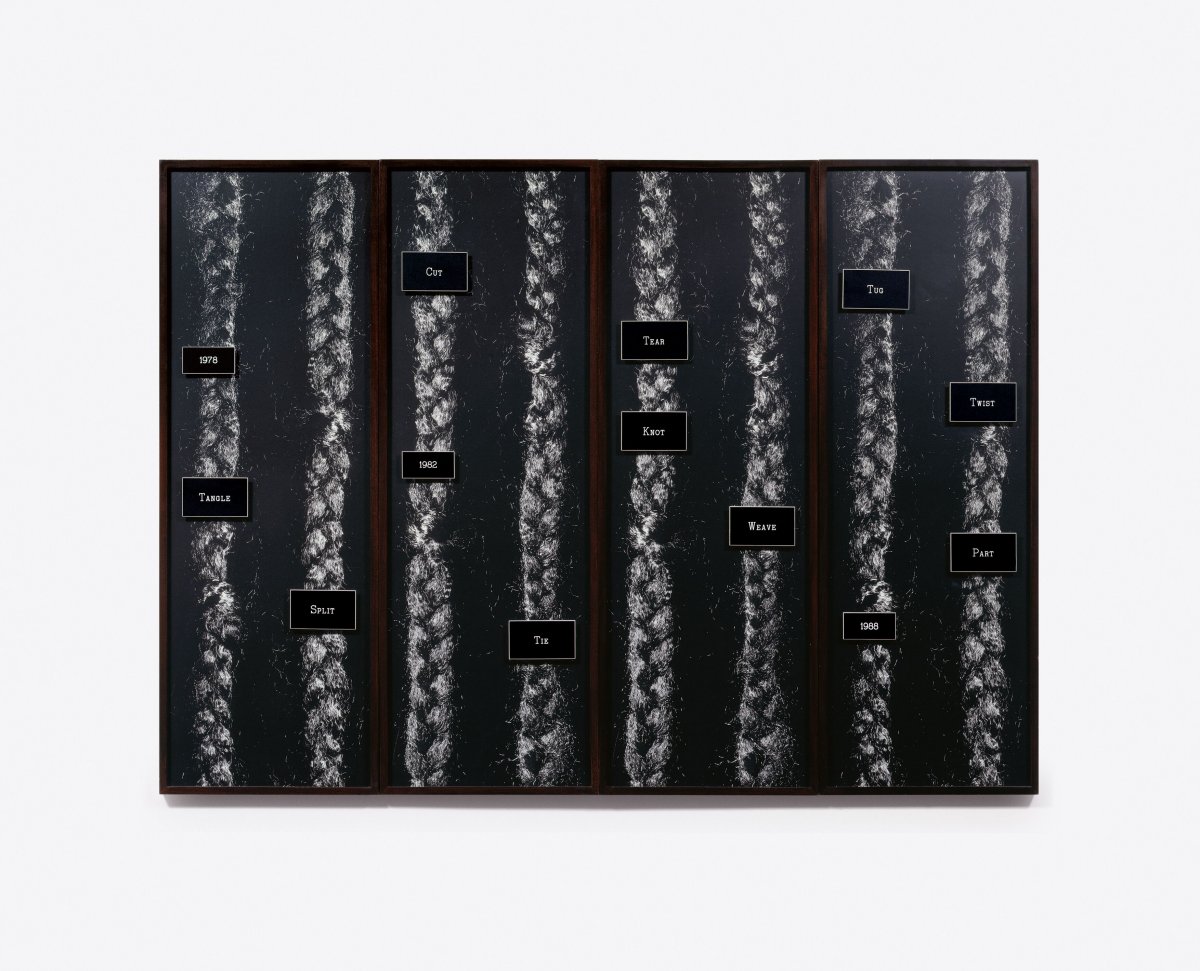 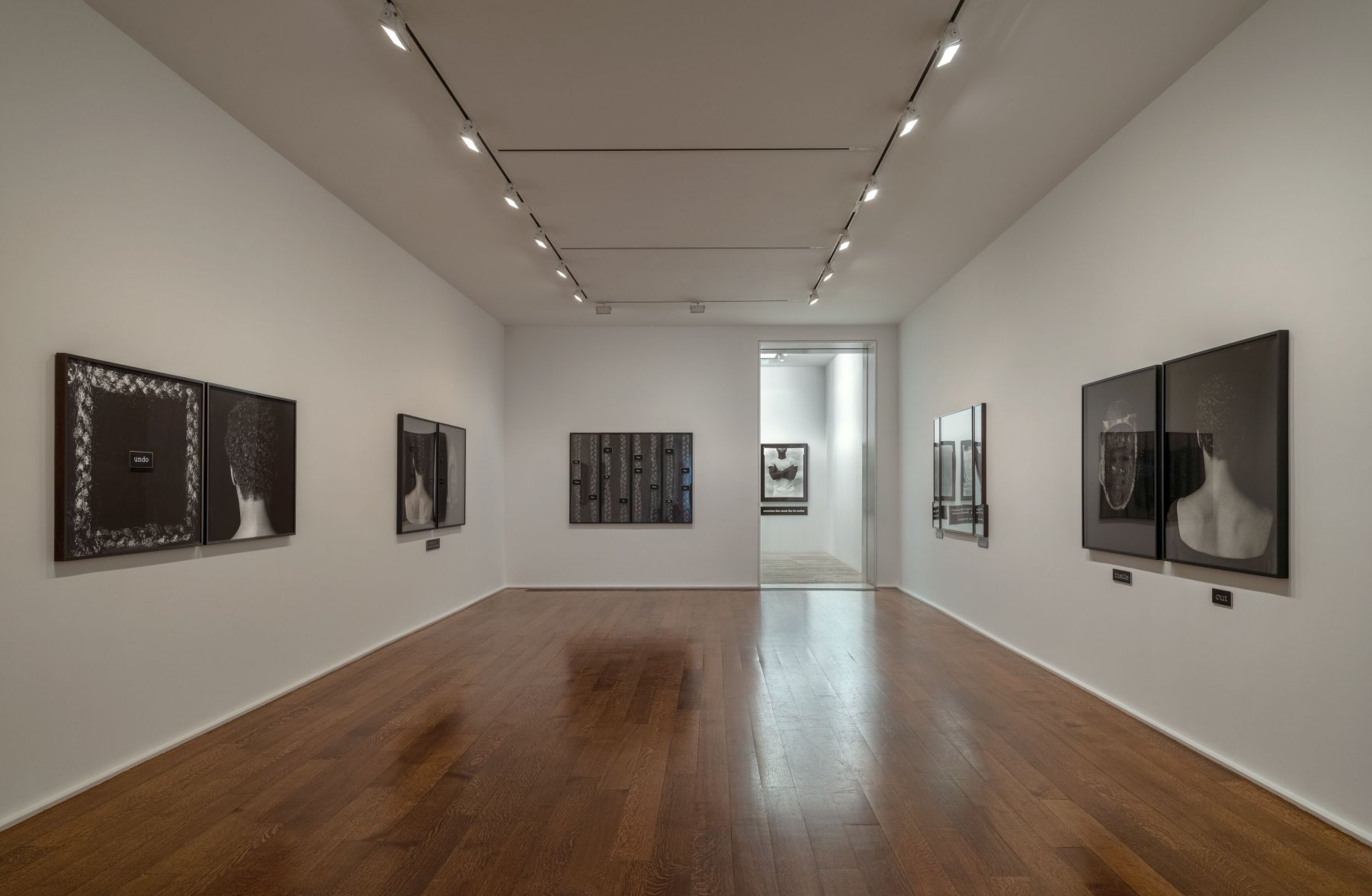 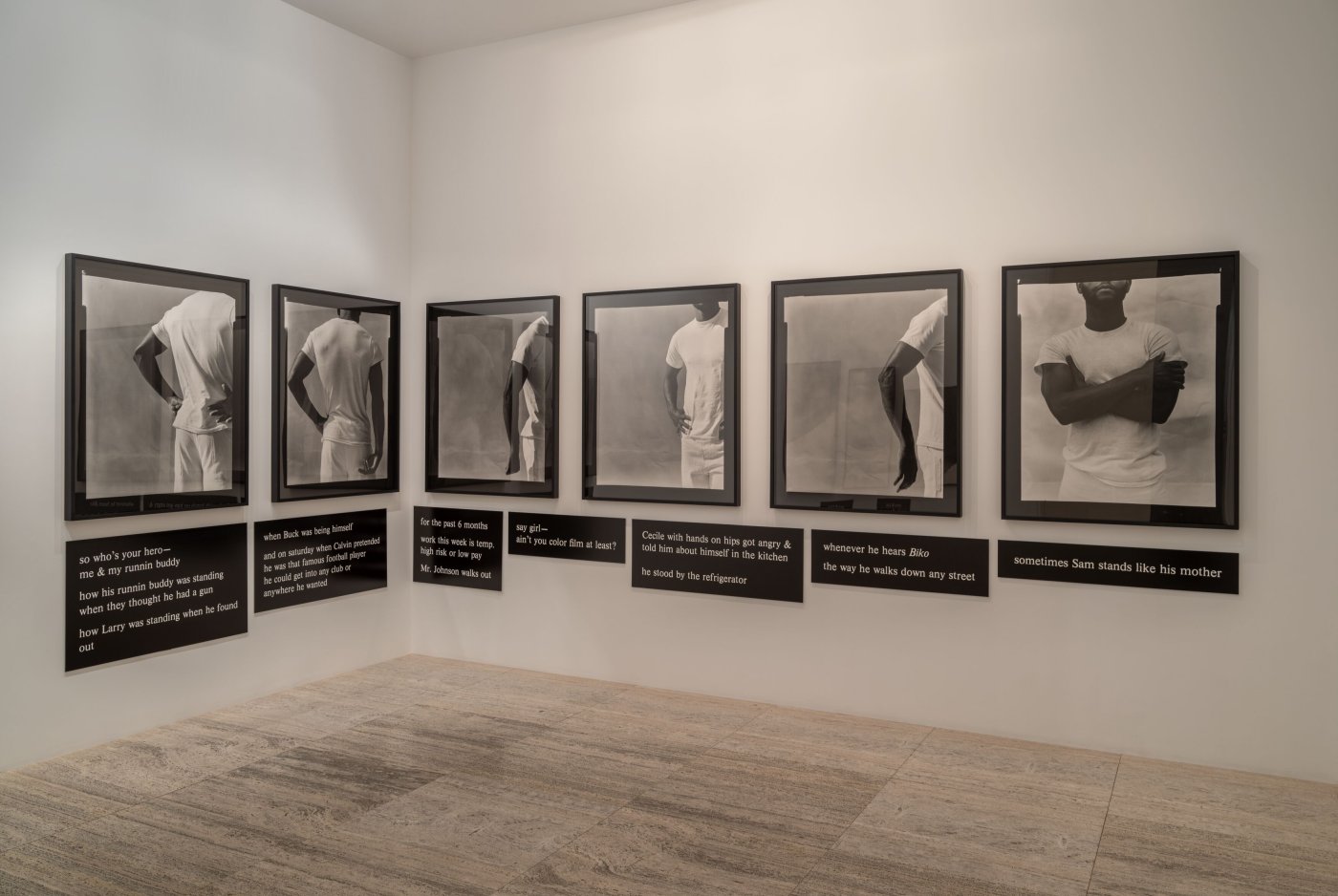 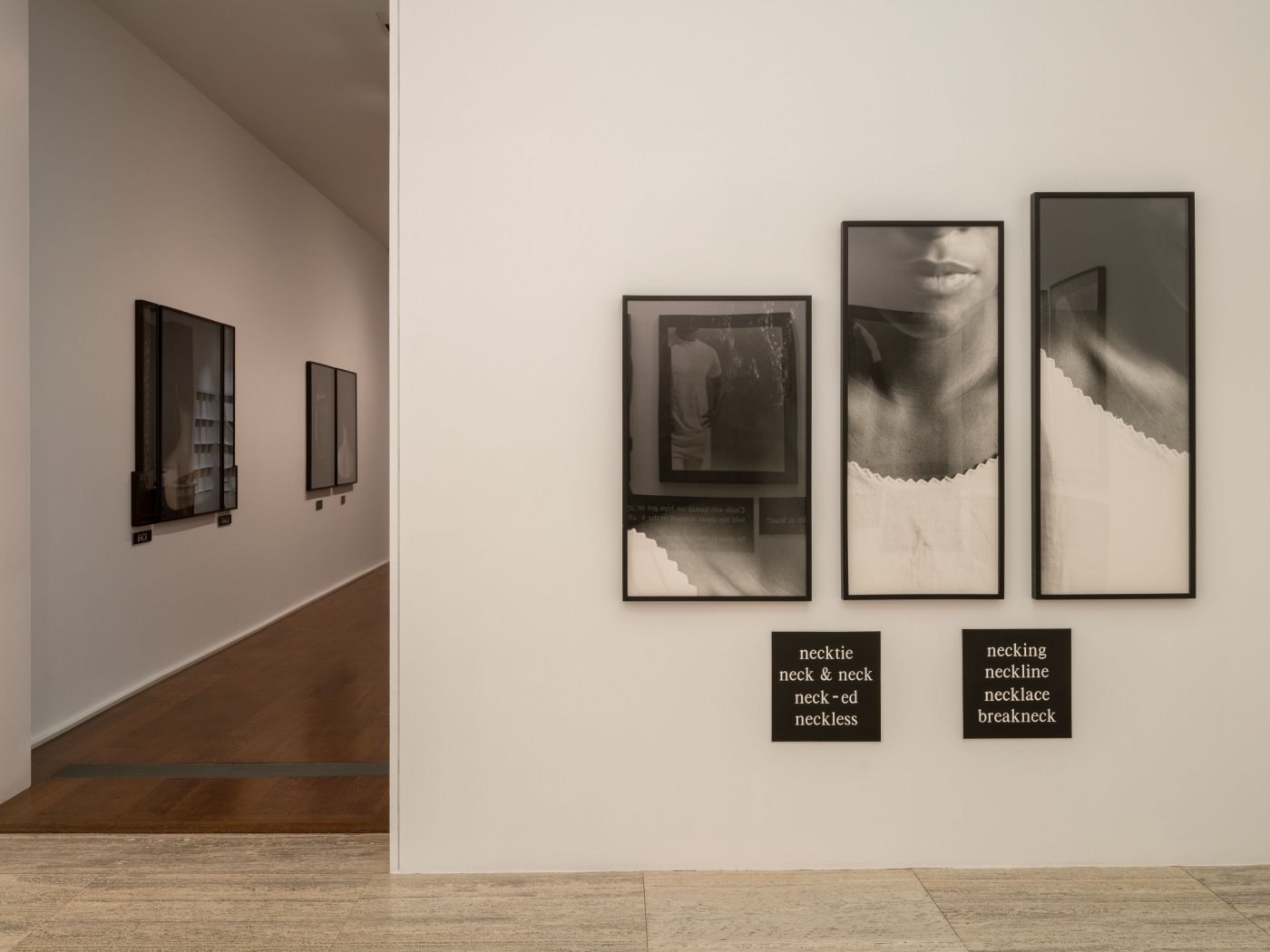 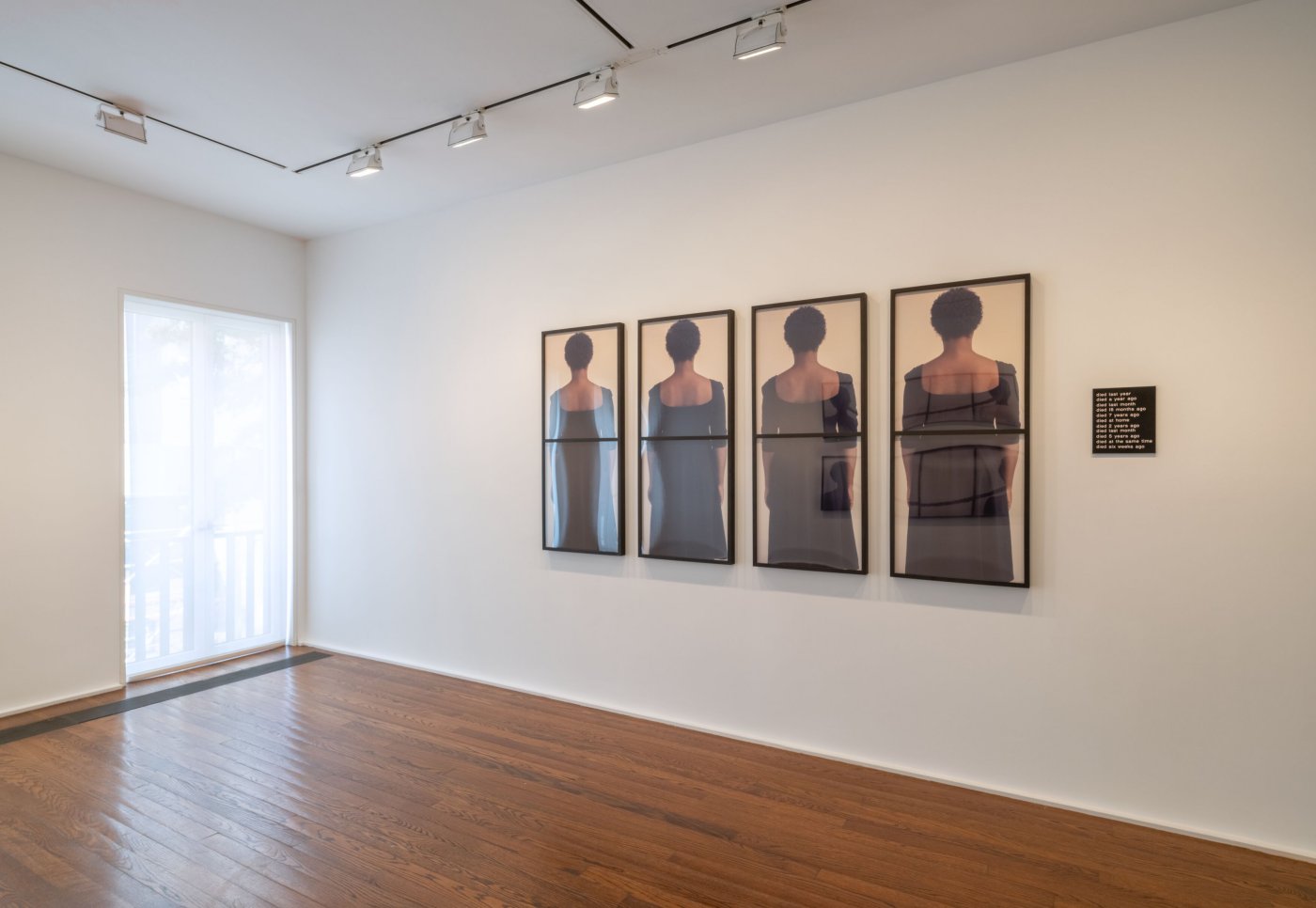 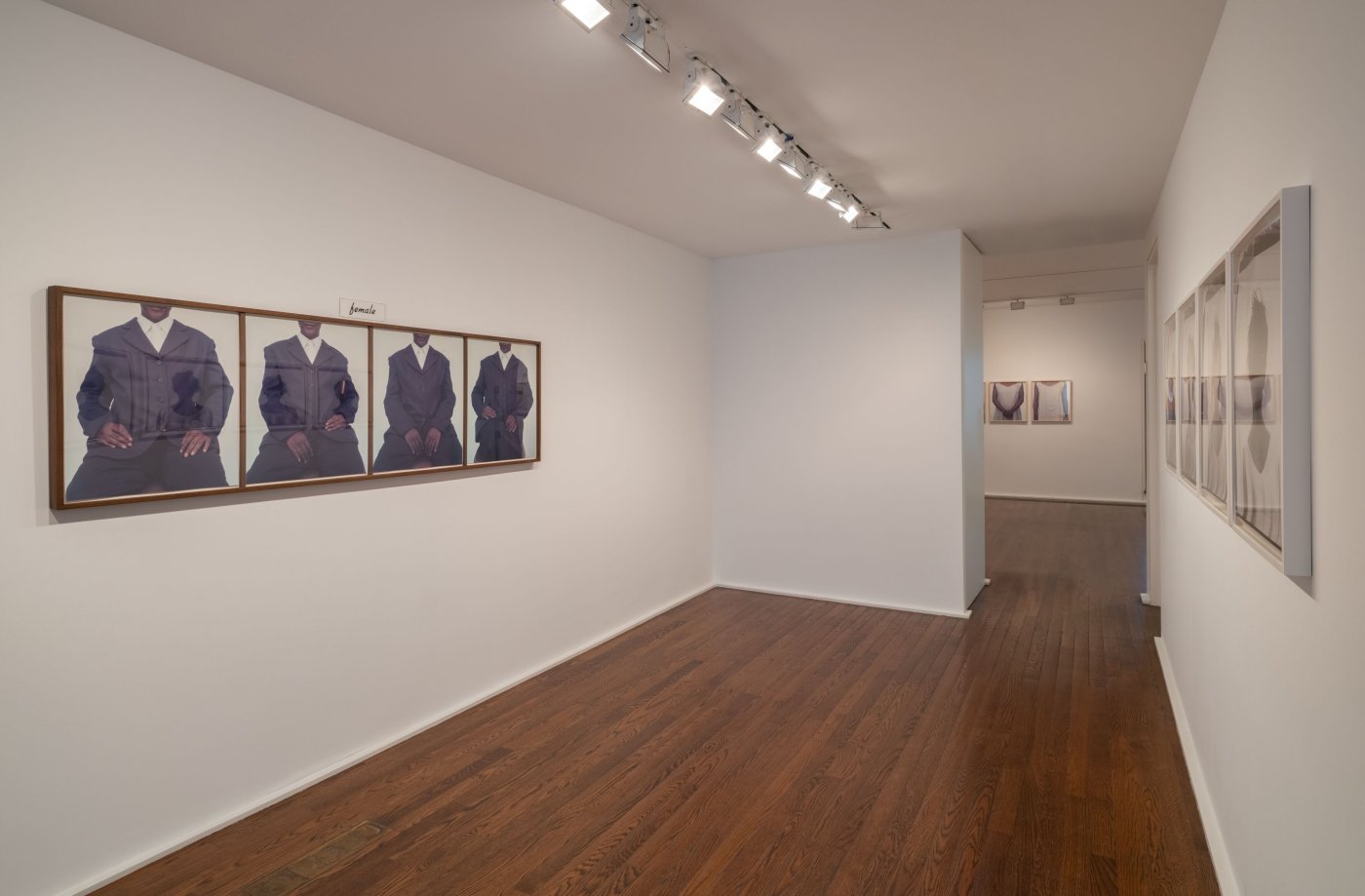 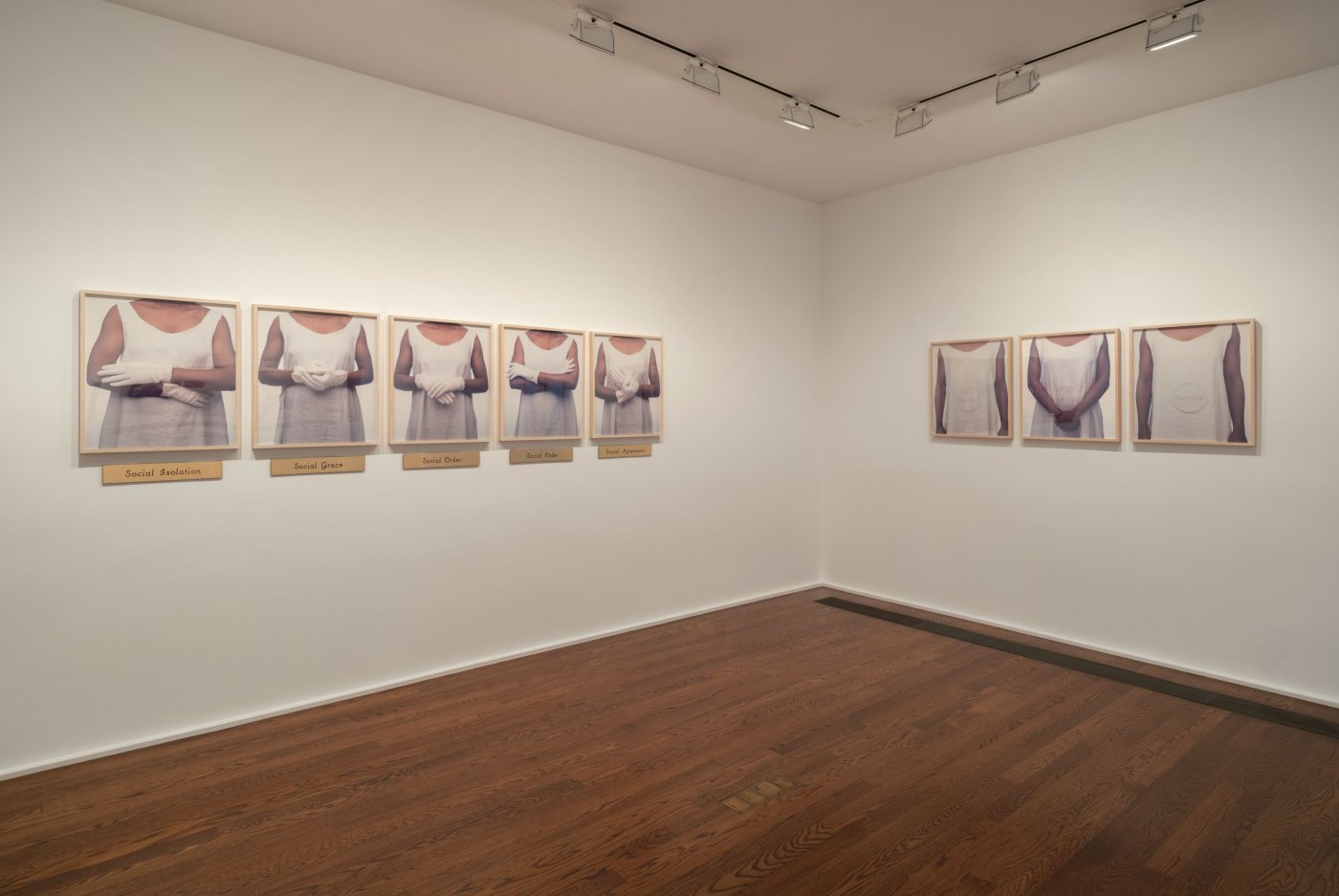 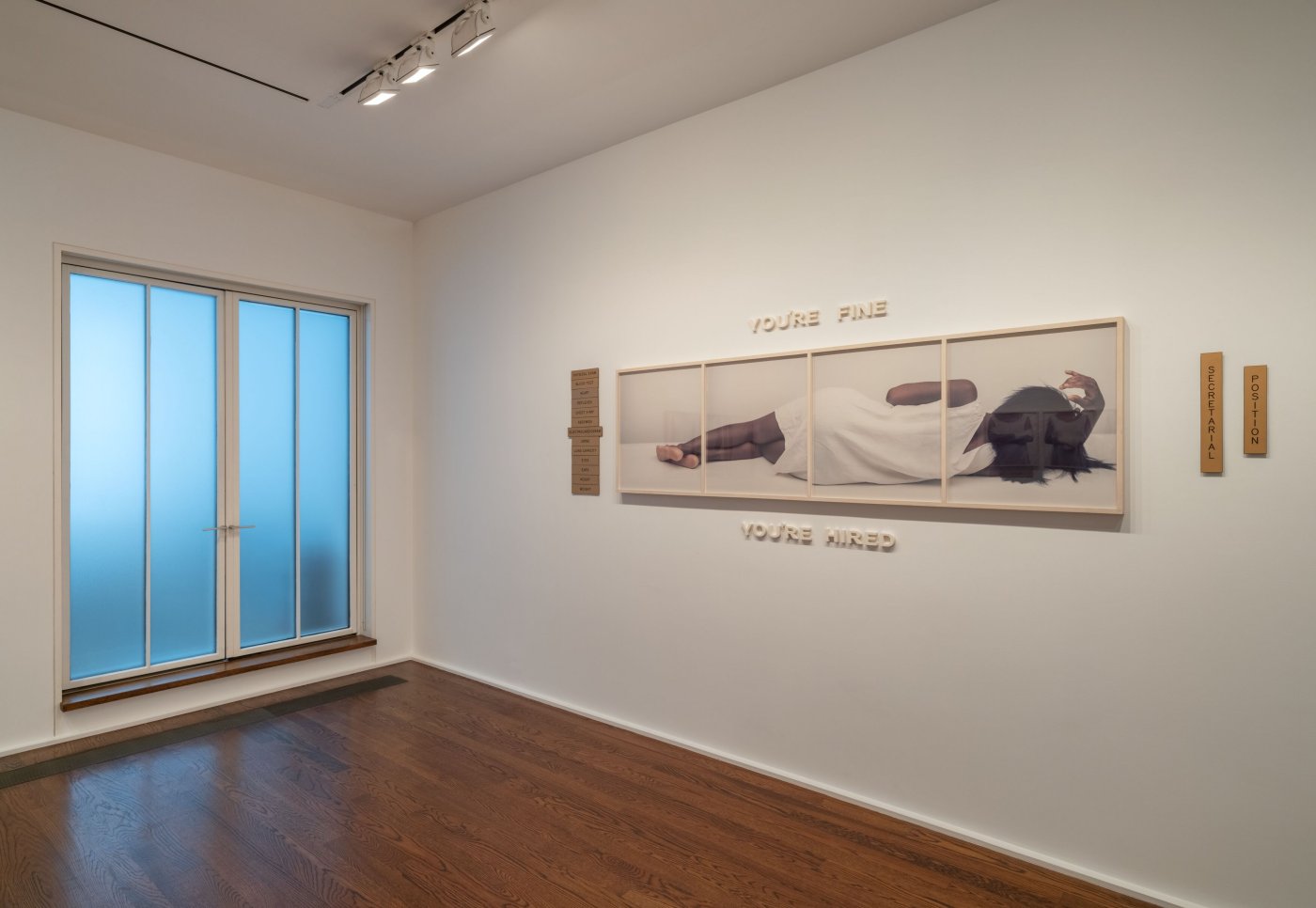 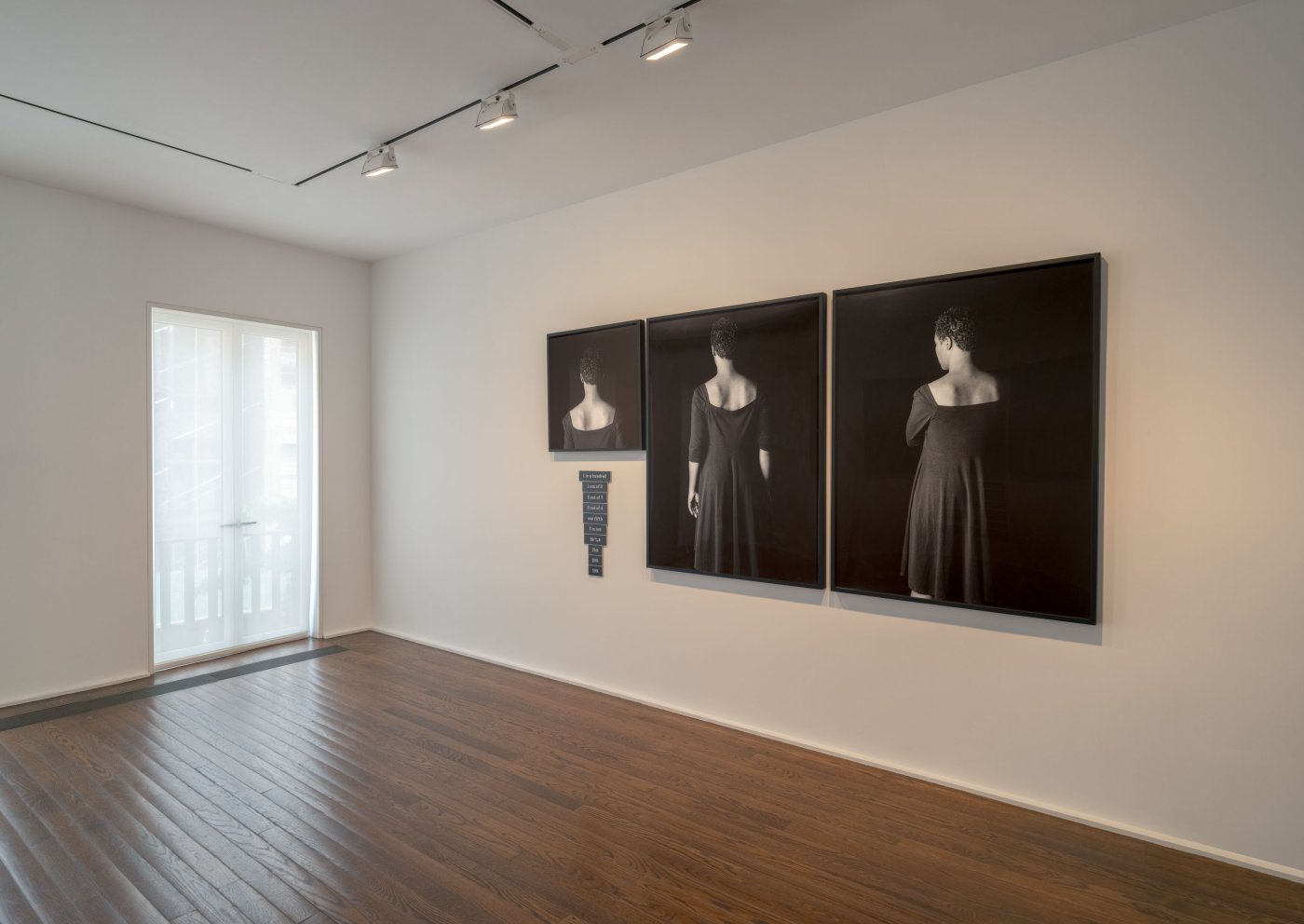 Internationally admired for a pathbreaking multidisciplinary practice that has expanded over the past three decades into film, painting, collage, and sculpture, Simpson began her artistic career as a conceptual photographer, defying the conventions of the medium and addressing urgent and complex questions of representation that remain relevant now. Acquiring her MFA in the mid-1980s, Simpson is part of a generation of artists who used conceptual approaches to undermine the assumed credibility and apparent neutrality of established language and images. During this period, she started to develop a signature—and subversive—style that would come to underpin her multivalent oeuvre: a portrait-like format frequently juxtaposed with text, depicting models seen only from behind or in fragments within the controlled, neutral environment of her studio. In also isolating elements from documentary photography, Simpson created enigmatic large-scale works to encourage new and provocative readings into such specific yet universal issues as the nature of representation and memory, as well as traditional assumptions about identity, gender, race, and history.

Some of the most well-known examples from this formative body of work are featured in the exhibition at Hauser & Wirth, reminding viewers of the potent originality of Simpson’s early explorations, particularly her interest in addressing the lived experience of Black women and women in general. For ‘Waterbearer’ (1986), for instance, Simpson photographed a model from behind carrying two water vessels—a depiction encoded with cultural references, from Dutch domestic paintings to Greek caryatids—with text interlaced below the image. By obscuring the identity of her model, embedding art historical allusions, and appending seemingly straightforward text that could be read as violent or traumatic, Simpson encourages viewers to look beyond the immediacy of the image and implicates them in the development of its meaning.

Interested in the assumptions surrounding the display of African masks in traditional exhibitions spaces, Simpson began incorporating them into her practice in 1991. As seen in the work titled ‘Queensize’ (1991), on loan from Glenstone, the artist recontextualizes the mask by photographing the back of it, a vantage point usually only ever seen by the wearer. When asked about the decision, Simpson recalled ‘…It occurred to me that the modern fascination with African masks involved the front of a mask and its formal, geometric qualities. But the idea of contemplating the mask from behind brings the viewer closer to the cultural involvement that the mask represents. It speaks of a participatory ritual or performance.’

In ‘Necklines’ (1989), on loan from The Studio Museum in Harlem, three fragmentary photographs of a woman are coupled with text that plays with the word ‘neck.’ The lack of fixed meaning within both image and text are central to this work’s reading, hinting at the historical role and unreliability of photography in documenting the Black body. Meanwhile, Simpson’s ‘1978-1988’ (1991) intersperses pictures of braided hair—itself suggestive of rope—with matter-of-fact language that calls attention to the passage of time and strands of history without offering any guide to interpretation. In its suppression of definitive explication and intentional implication of viewers as interpreters, this paradigmatic work epitomizes Simpson’s early practice and speaks to the enduring impact of her earliest breakthroughs.