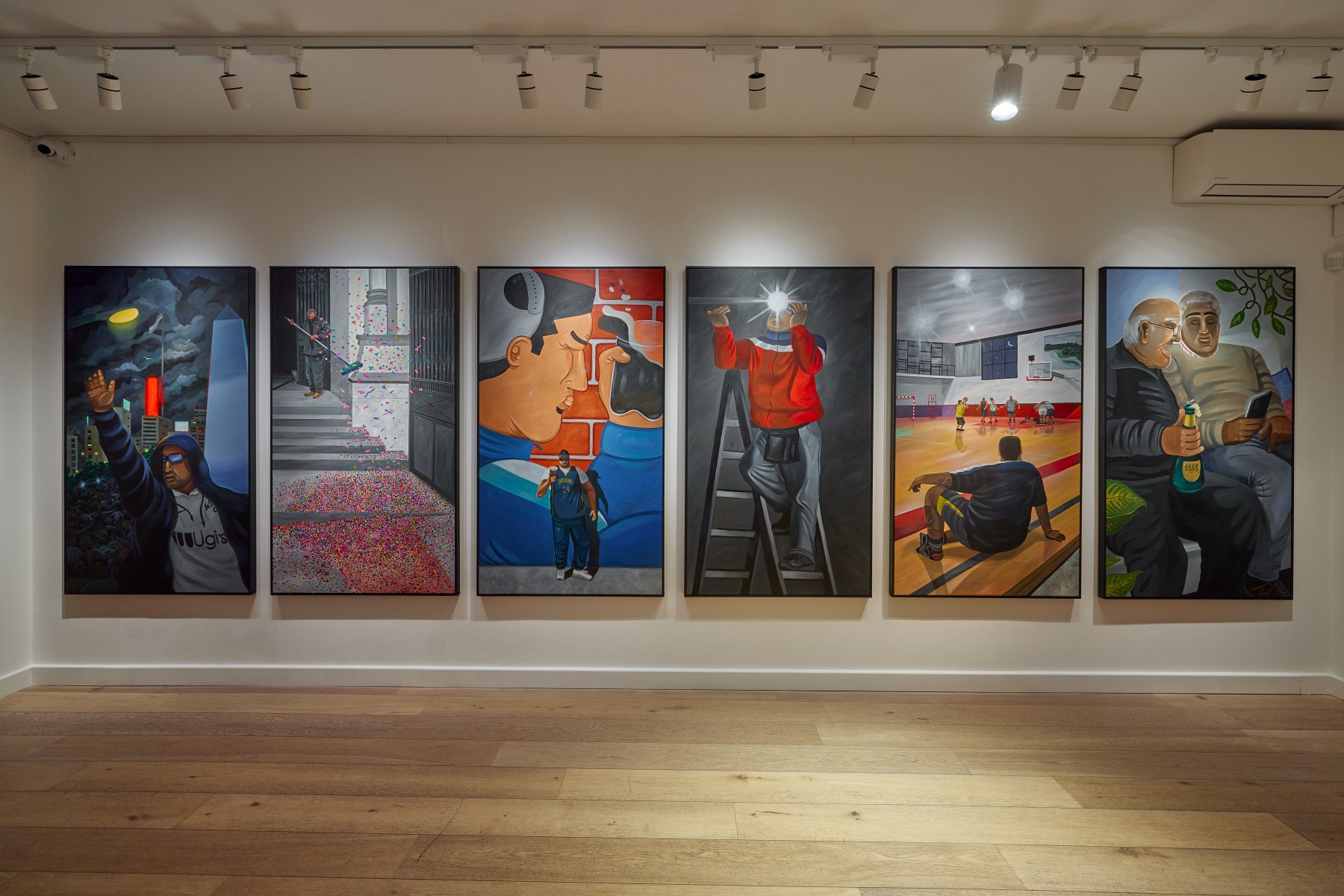 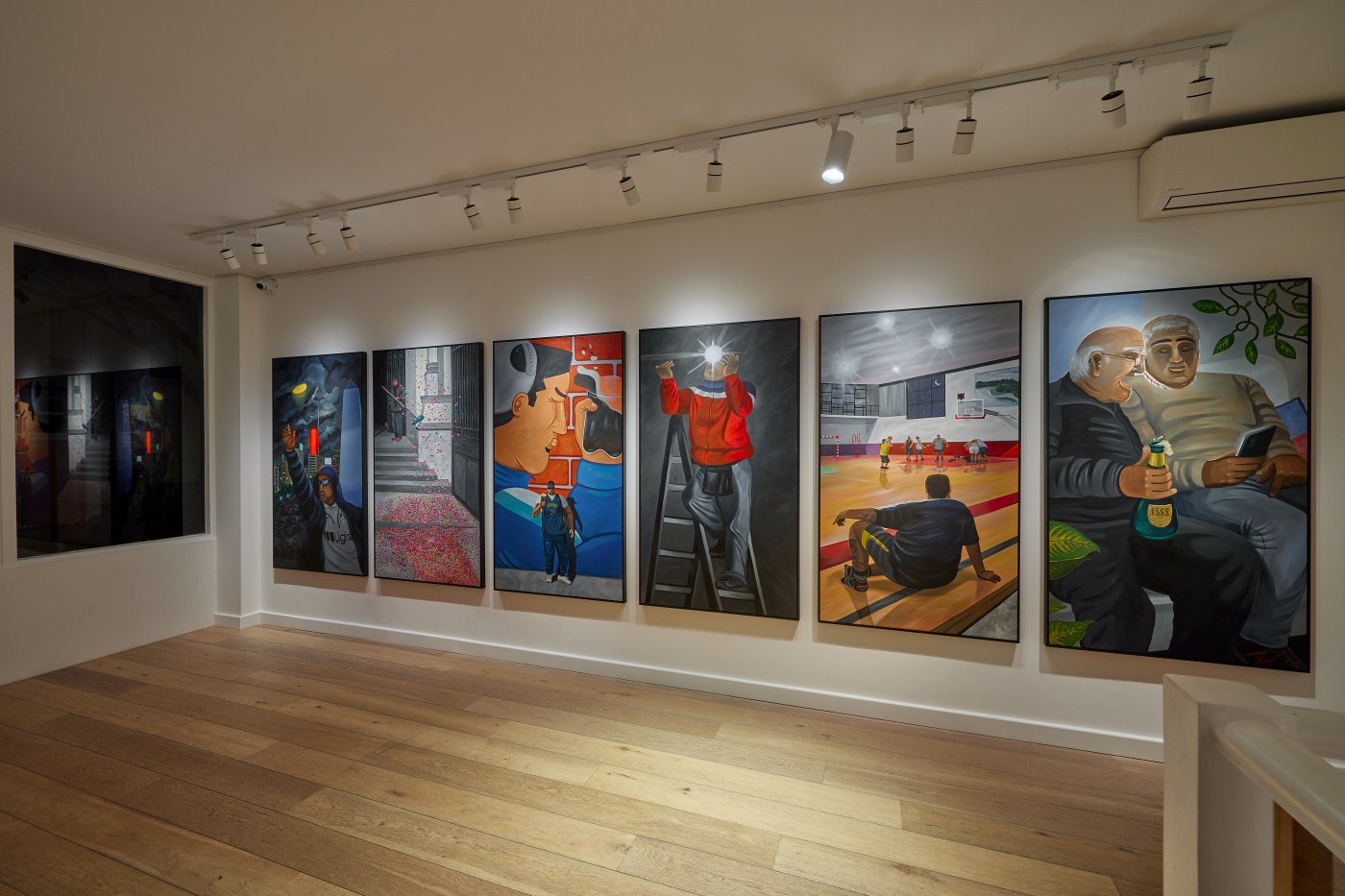 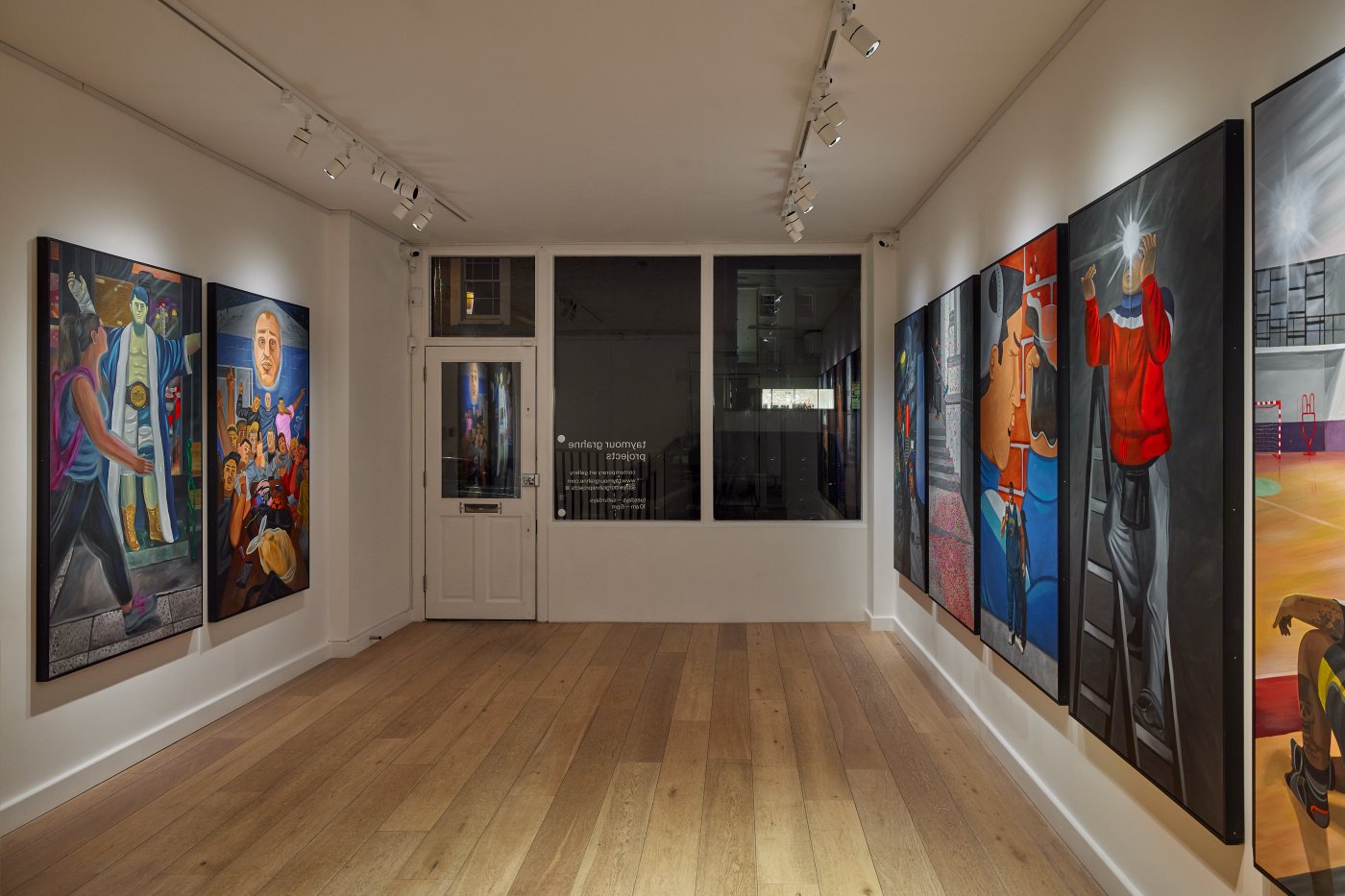 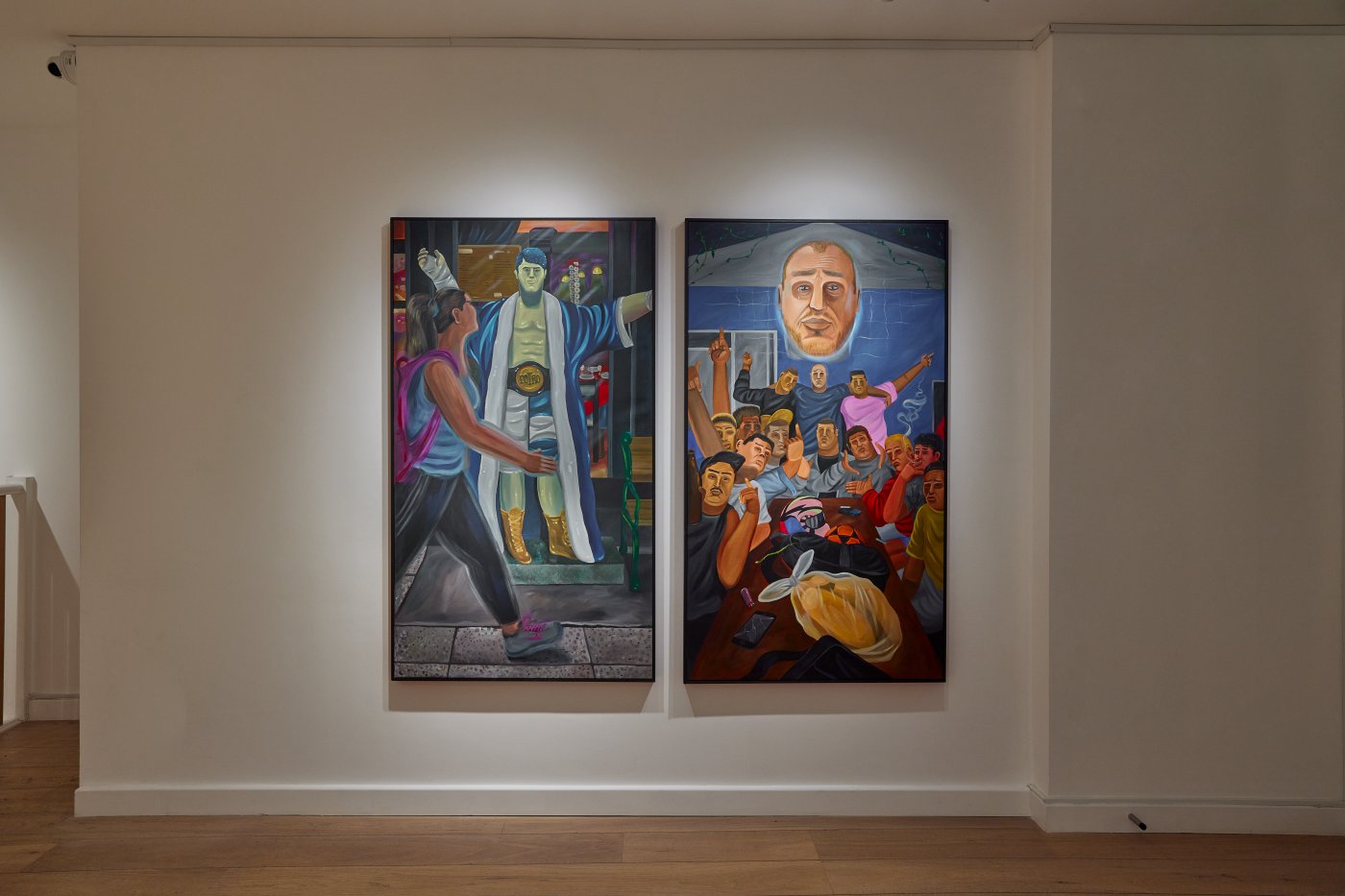 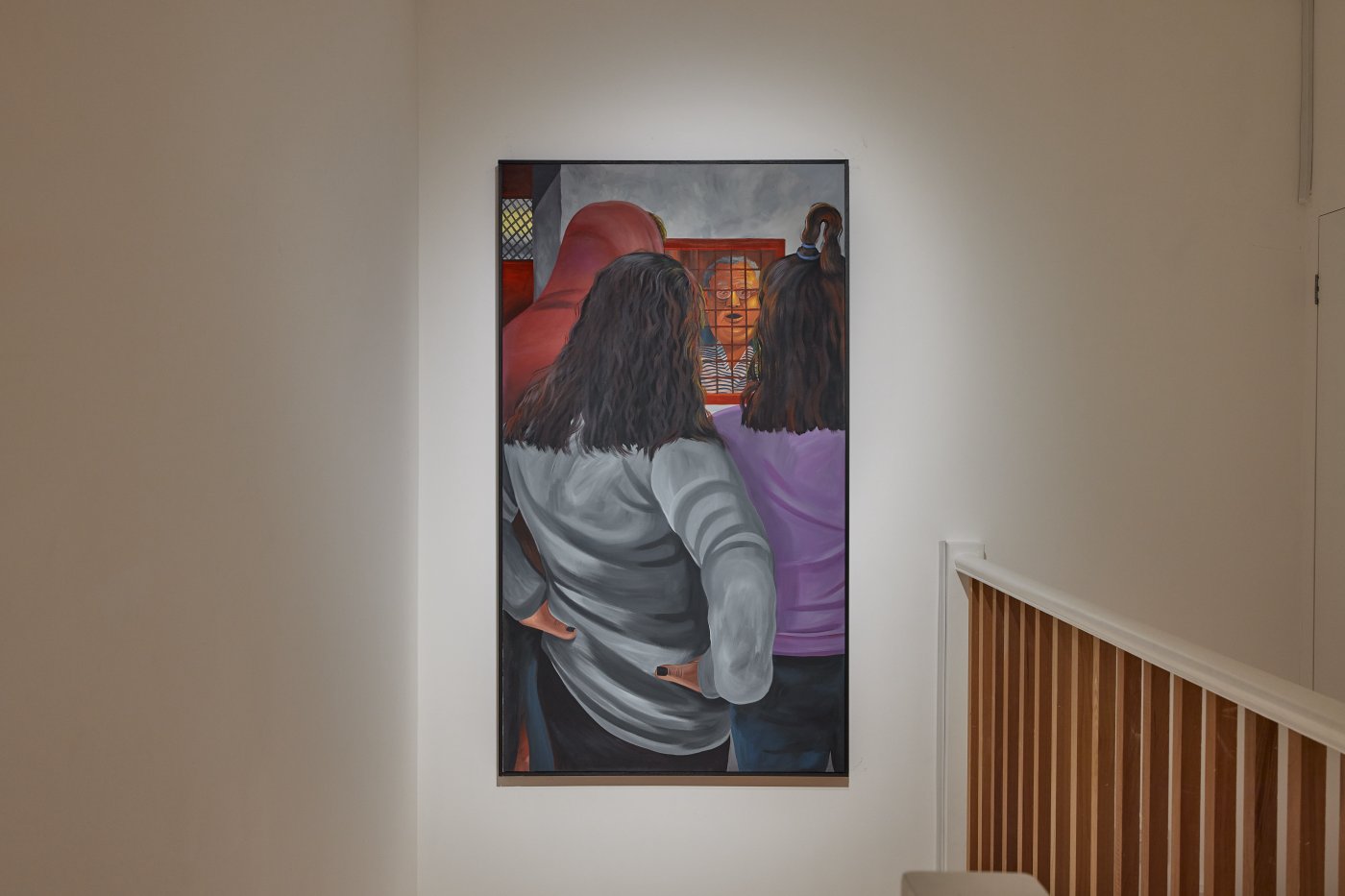 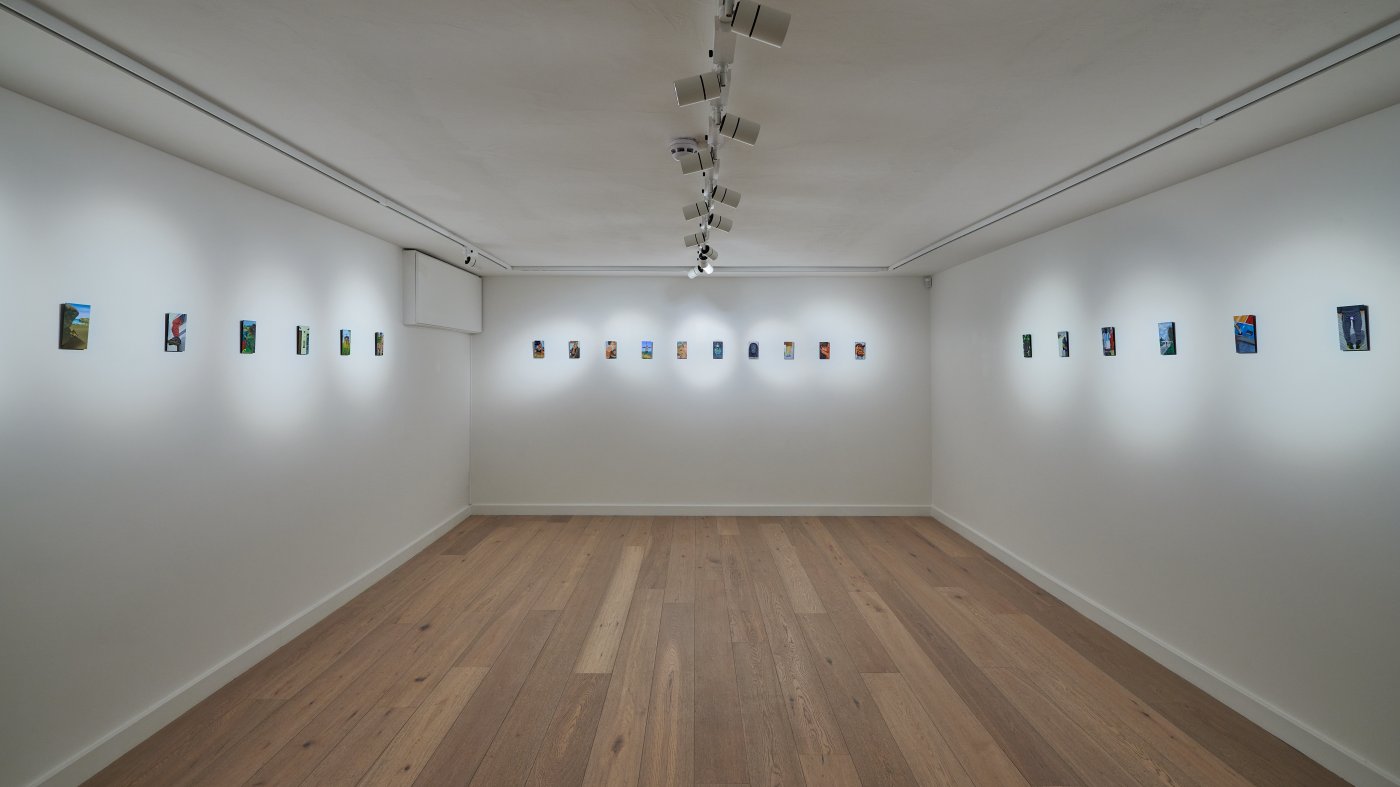 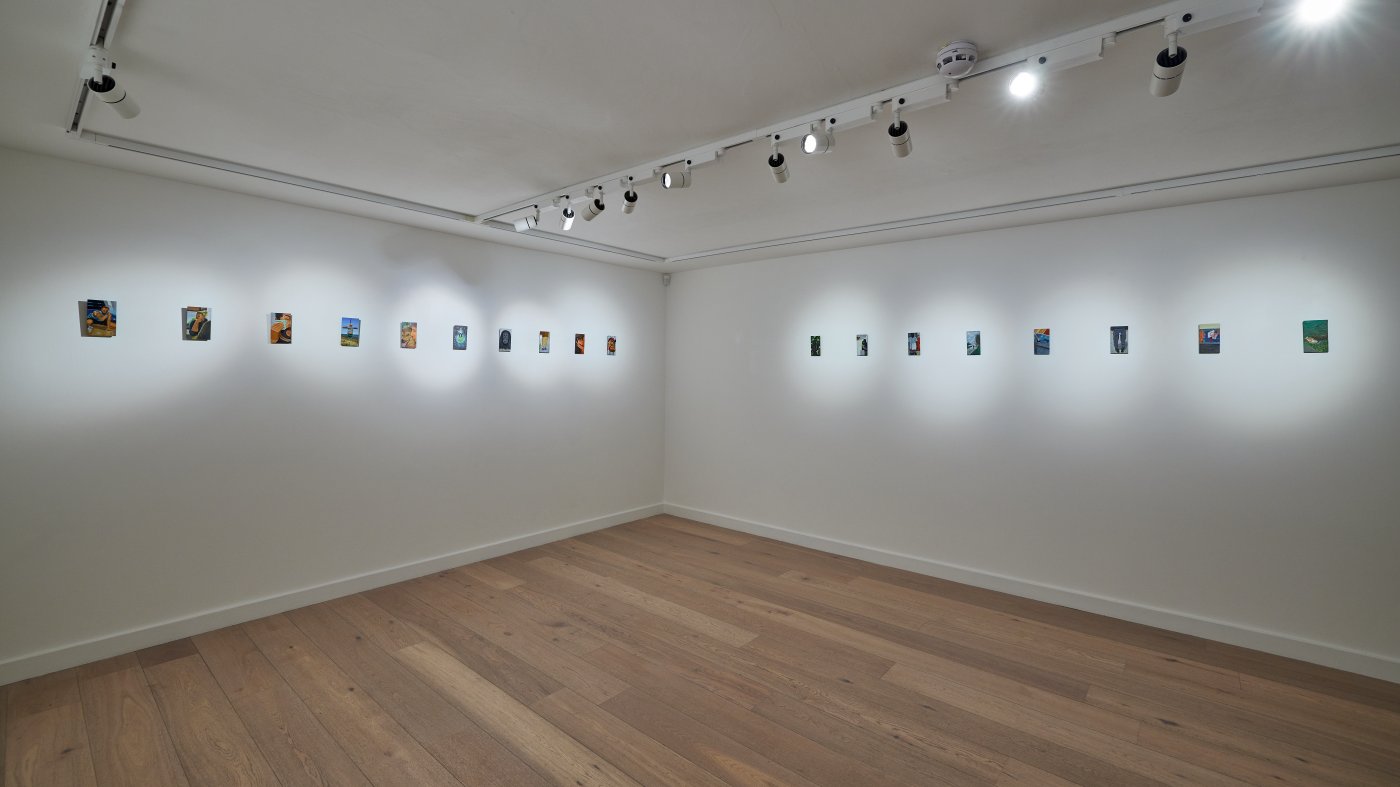 For this show, Martin Kazanietz paints scenes directly from his everyday life. Images are captured on his phone camera first and then transferred on to the canvas. The process of translating imagery from his camera roll began last year, and informs the scale of his paintings, that are either small like a phone screen or large and as tall as a human.

Kazanietz is interested in examining the relationship between analogue and digital media, and how new technologies and social media have come to define and re-shape the image-making techniques of today. The artist looks at how digital images can be ‘immortalised’ through the process of becoming a physical object or a painting that can become digitalised once a viewer takes a photo of the physical component with their phone. Through this series, Kazanietz comments on how the sheer number of images that we are exposed to, and the ease of their replication, creates some sort of loop between reality and its digital copies.

In an image-saturated world, where we are constantly overwhelmed by thousands of advertisements, photographs, graffiti and illustrations, Kazanietz focuses on moments that could have been deleted from memory. That is, if no one happened to capture them with a camera. References to attitudes, values, rituals and human relations underline the casual, almost banal context of the scenes from the artist’s life. It is now second nature to collect images of seemingly unimportant moments for sharing with friends, our own personal archive or for no reason at all. Kazanietz suggests that while scrolling through his camera roll, he sometimes encounters real gems that might be devoid of actual content, but are rich in symbolism and make interesting connections to contemporary lifestyles, memory making and how we choose to look at the present and past. Sometimes all that is needed is to double tap or crop to find poetic moments in the most unexpected places.

Martin Kazanietz is an Argentinian artist born in Buenos Aires in 1985. He has had solo exhibitions in La Causa Galeria (Madrid), Beta Sur (Buenos Aires) and Hollywood in Cambodia (Buenos Aires). He has participated in group shows in Cahndran Gallery (San Fransisco), Mana Contemporary (NJ), Plus One Art (Antwerp) and Adda Gallery (Paris) among others. Lives and works in Viedma, Patagonia, Argentina.