GRIMM presents Salon des Nutzlosen, an exhibition of new paintings by the German artist Matthias Franz. This is the Vienna-based artist’s first exhibition in New York and his first solo exhibition with GRIMM. 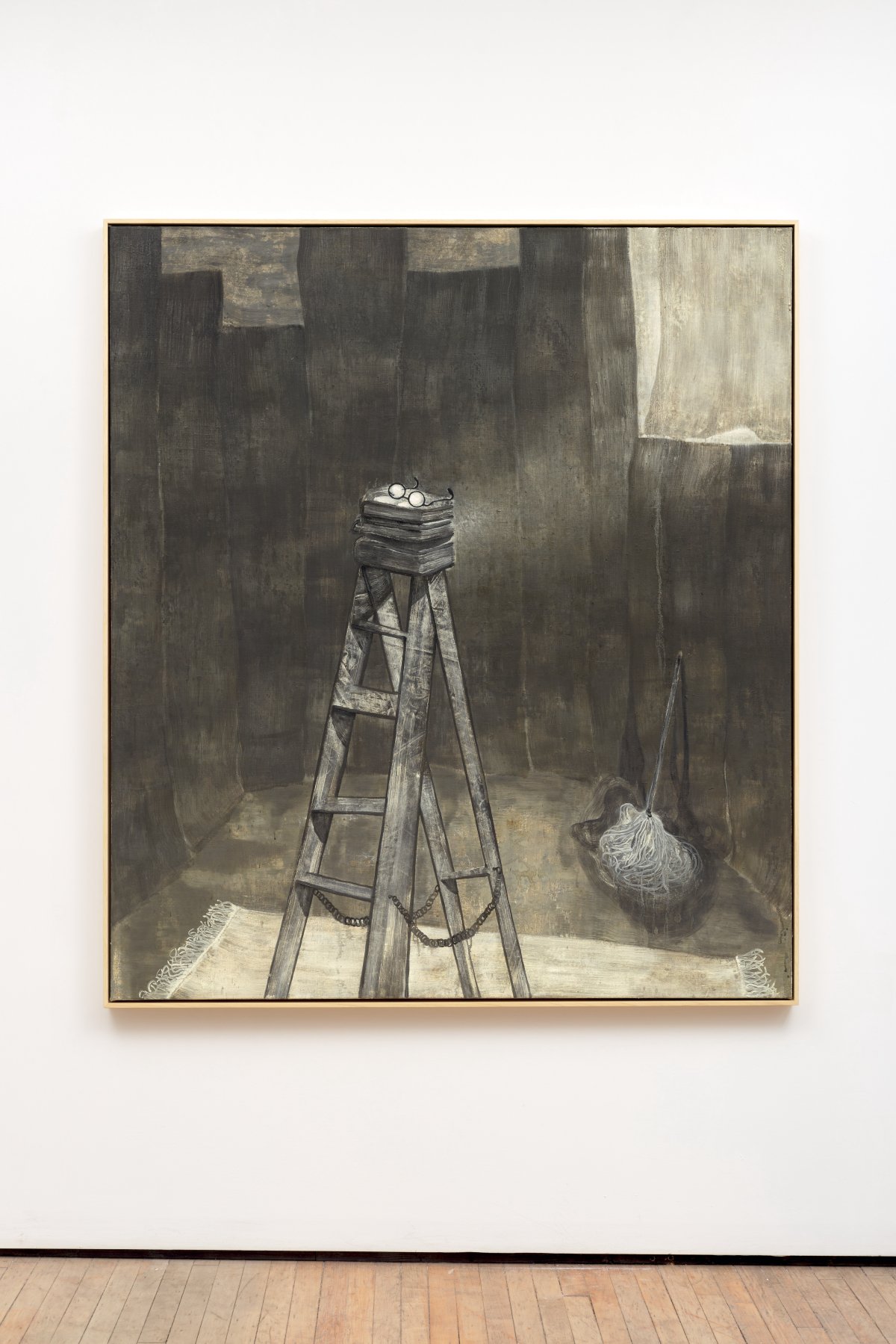 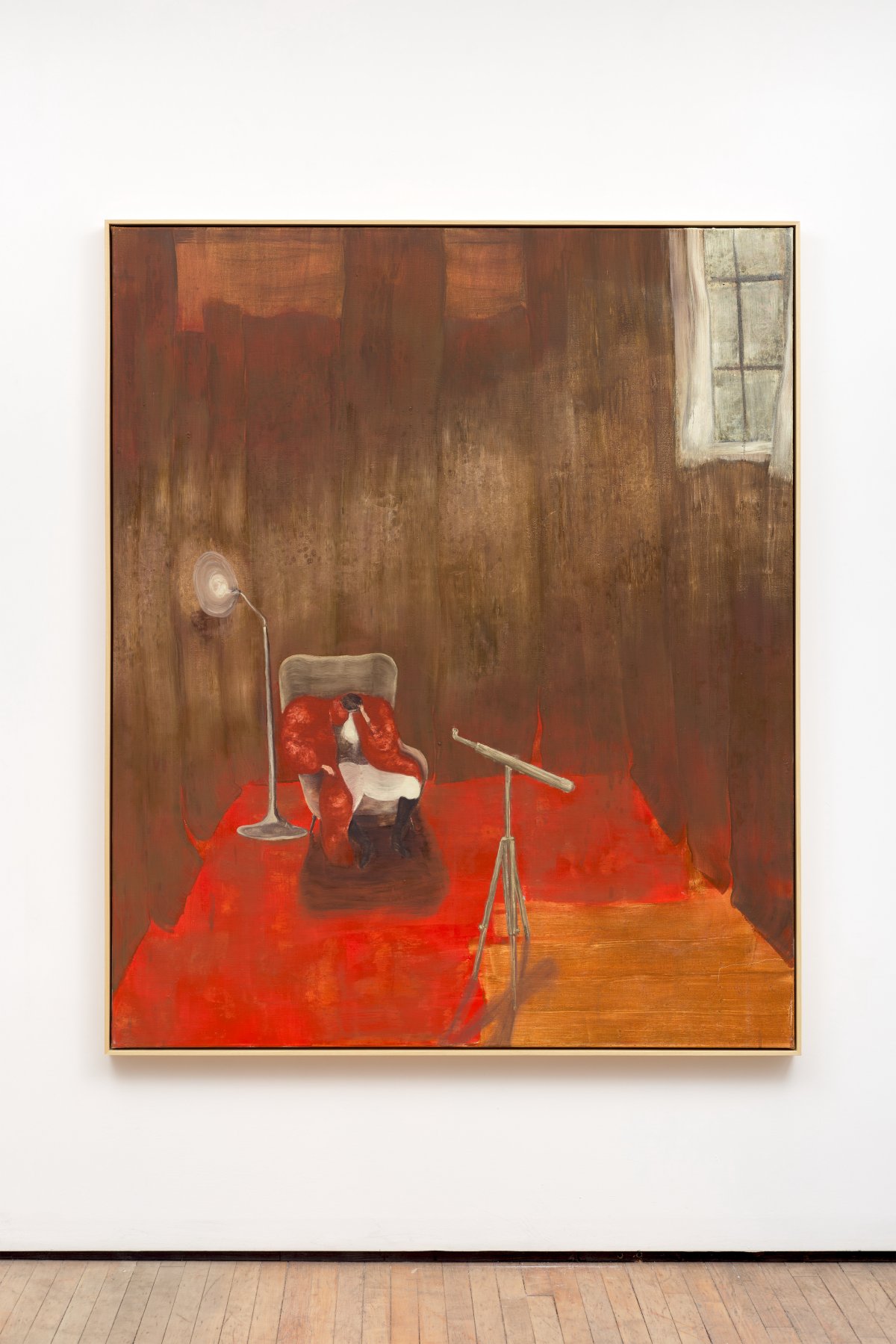 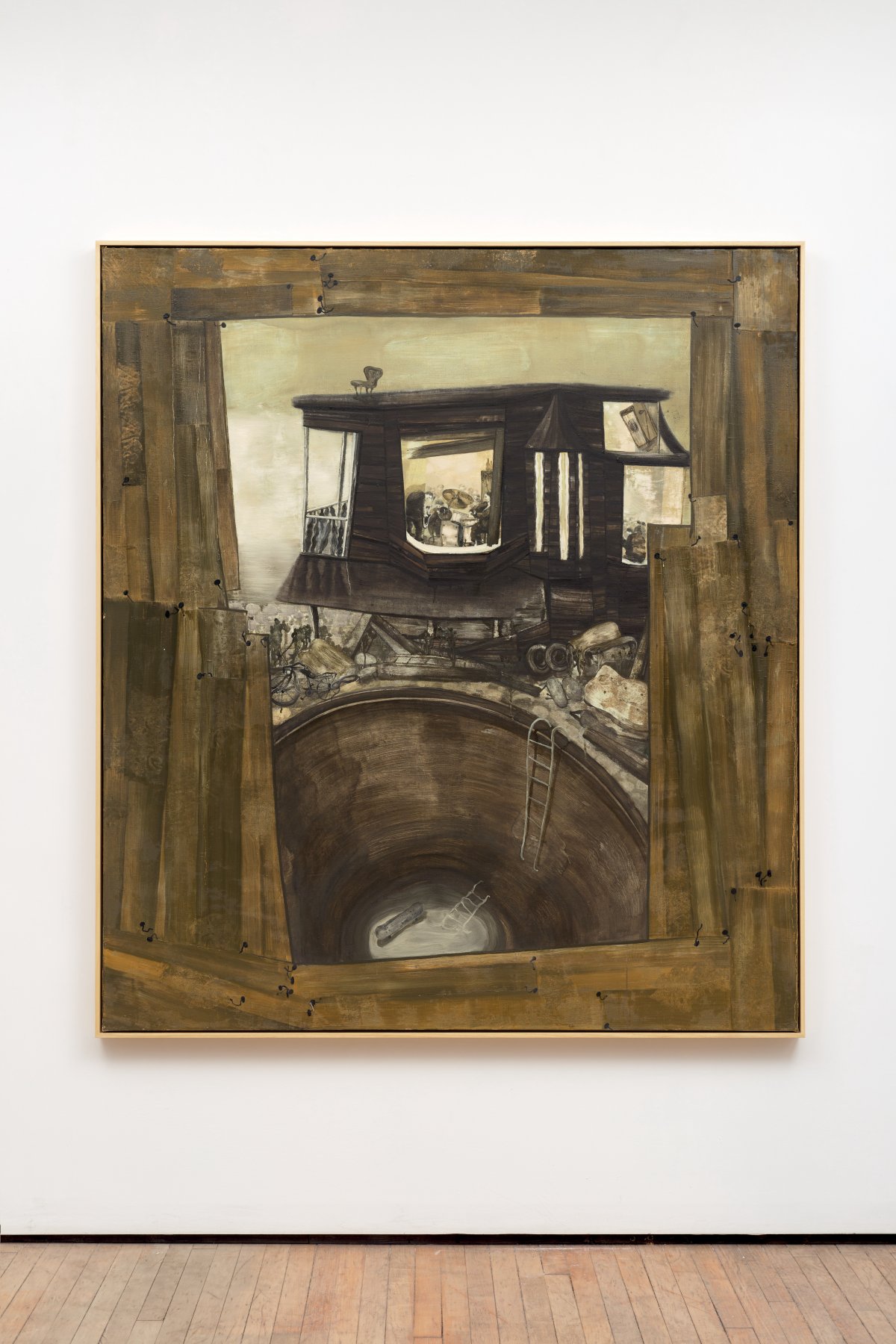 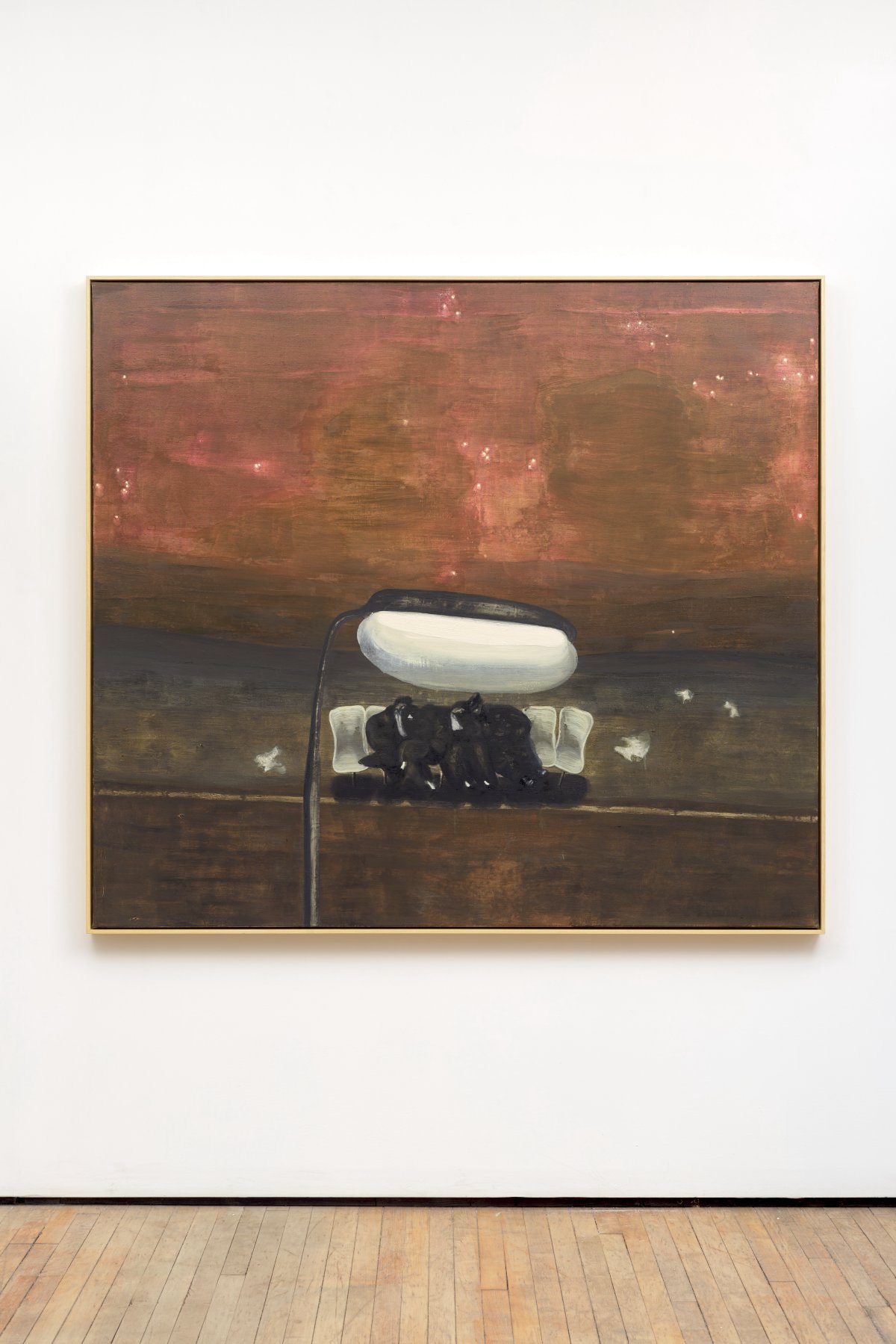 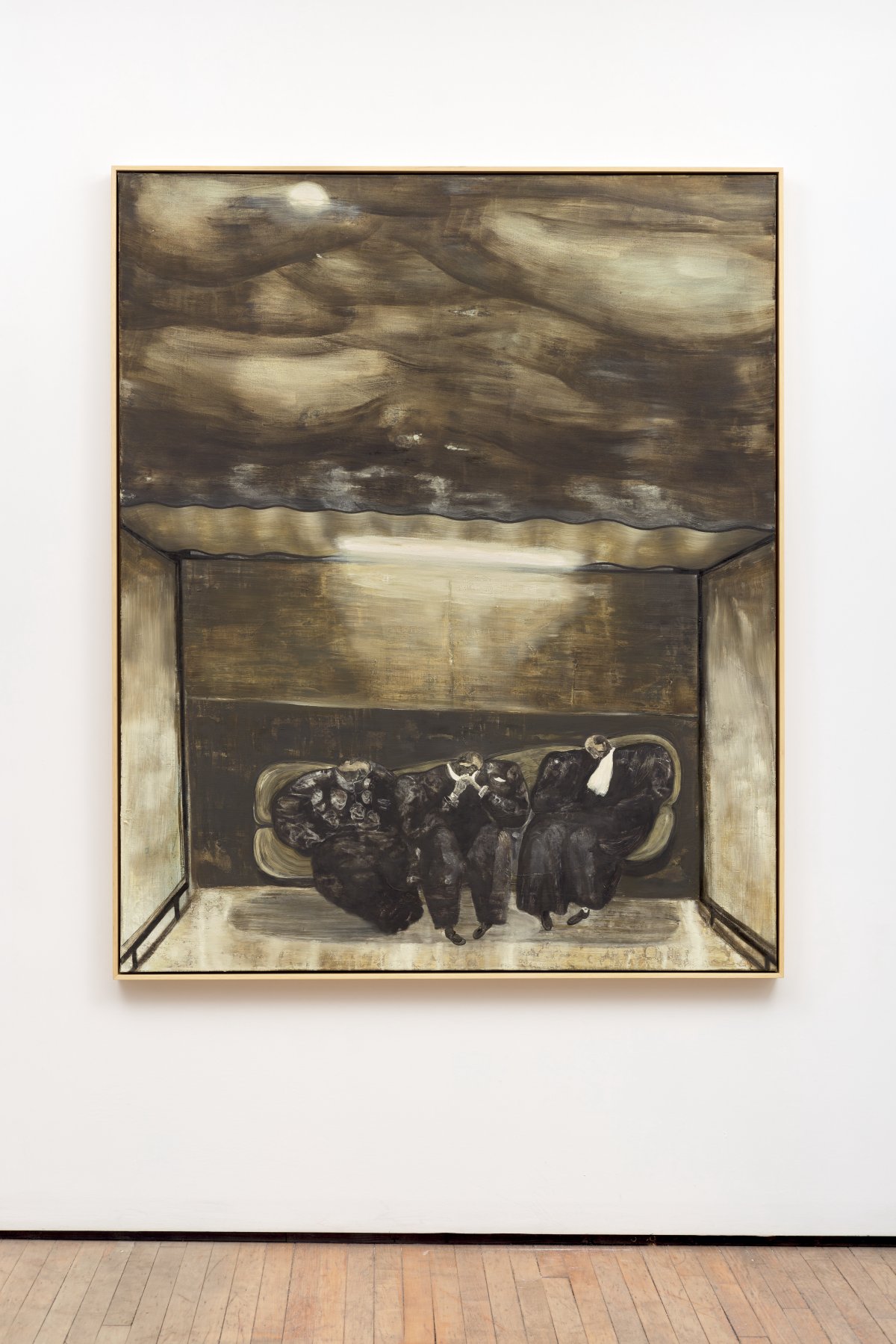 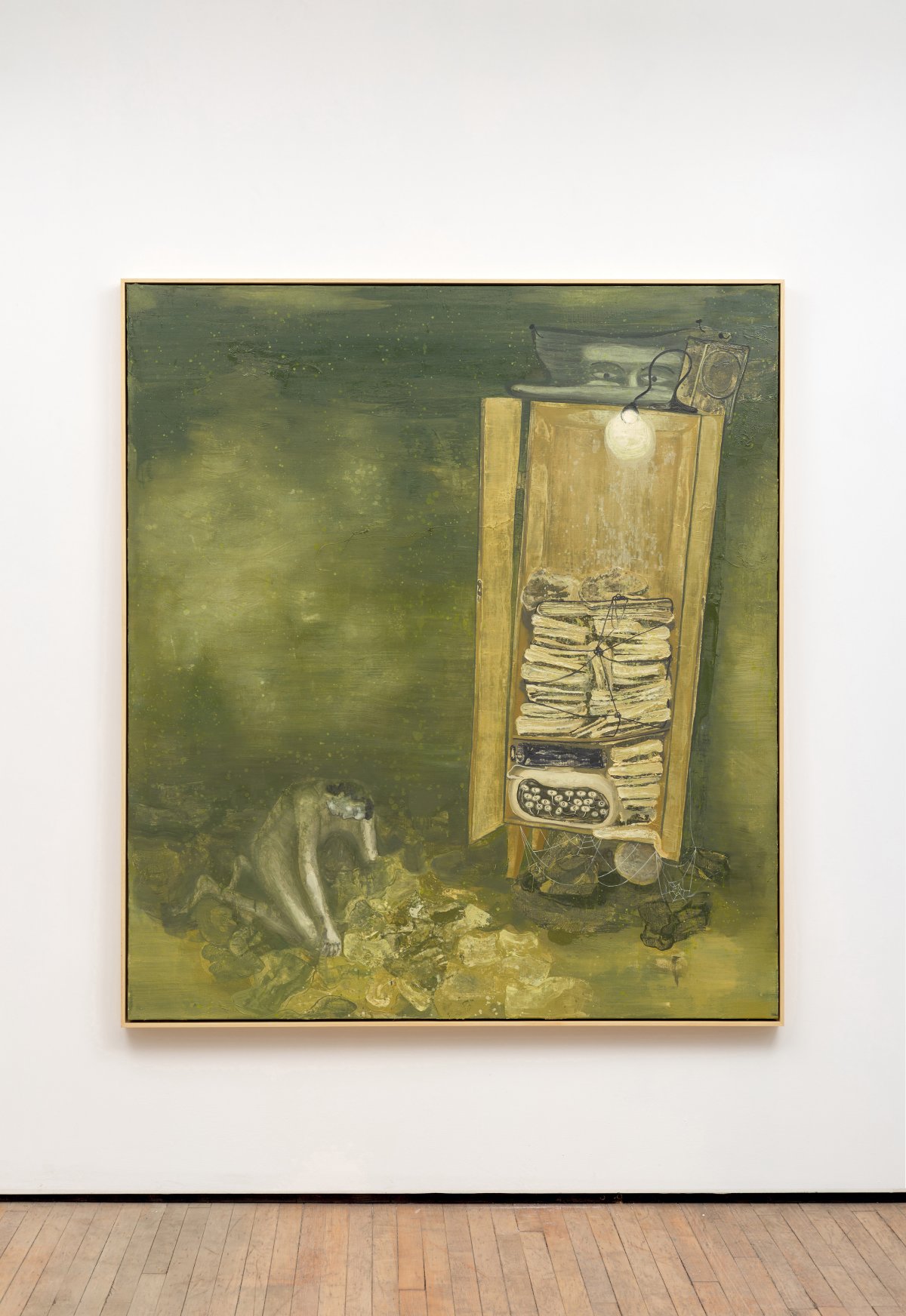 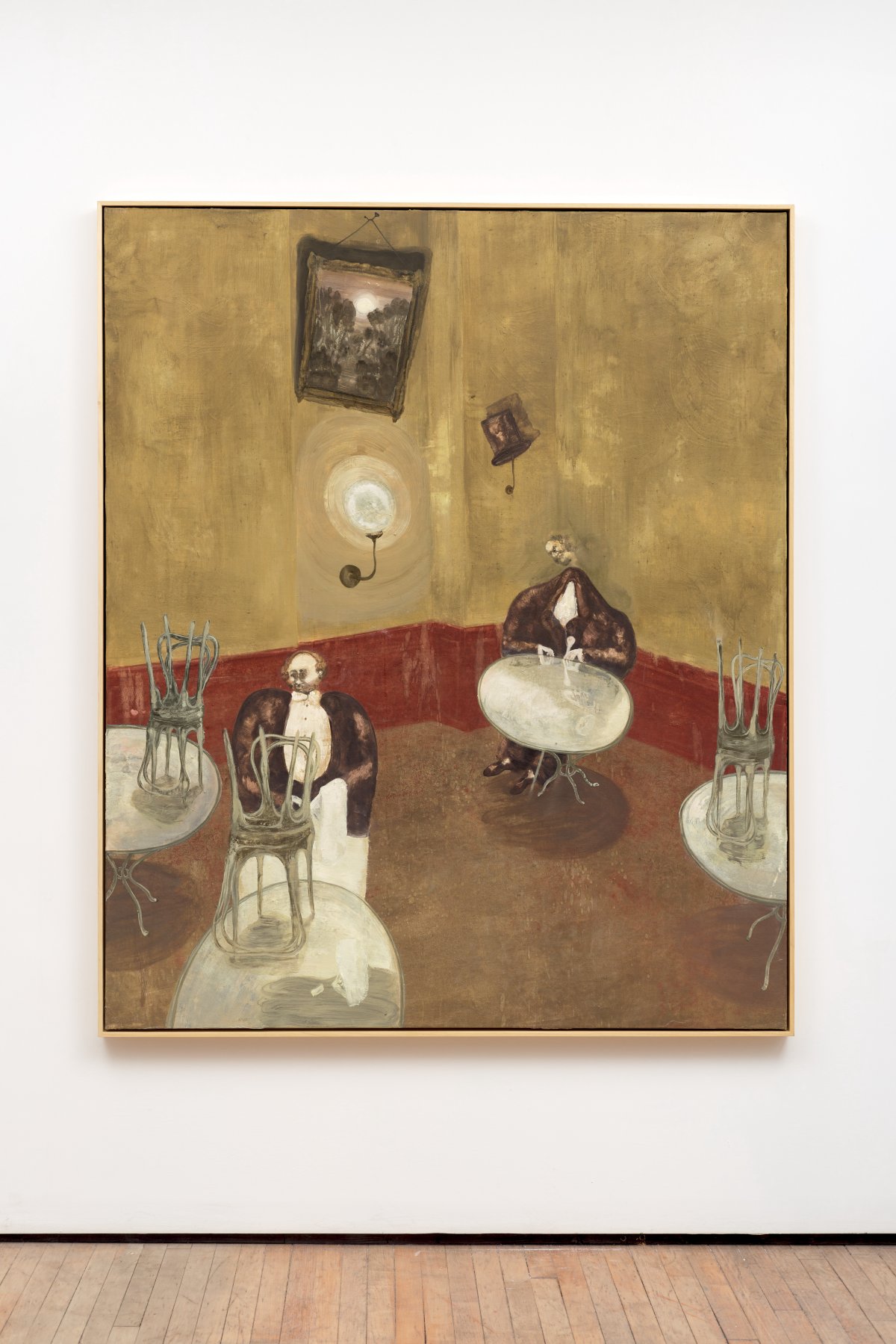 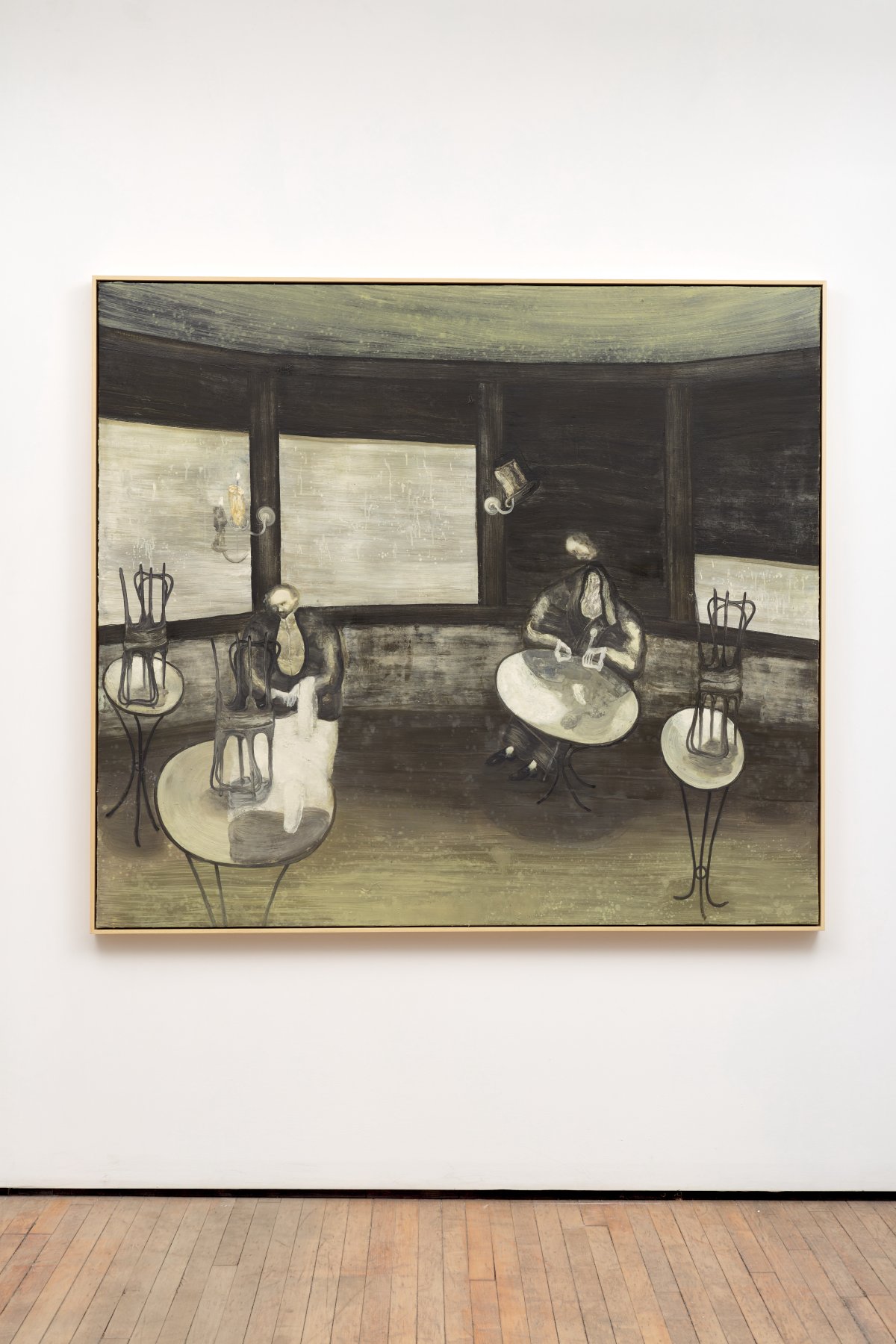 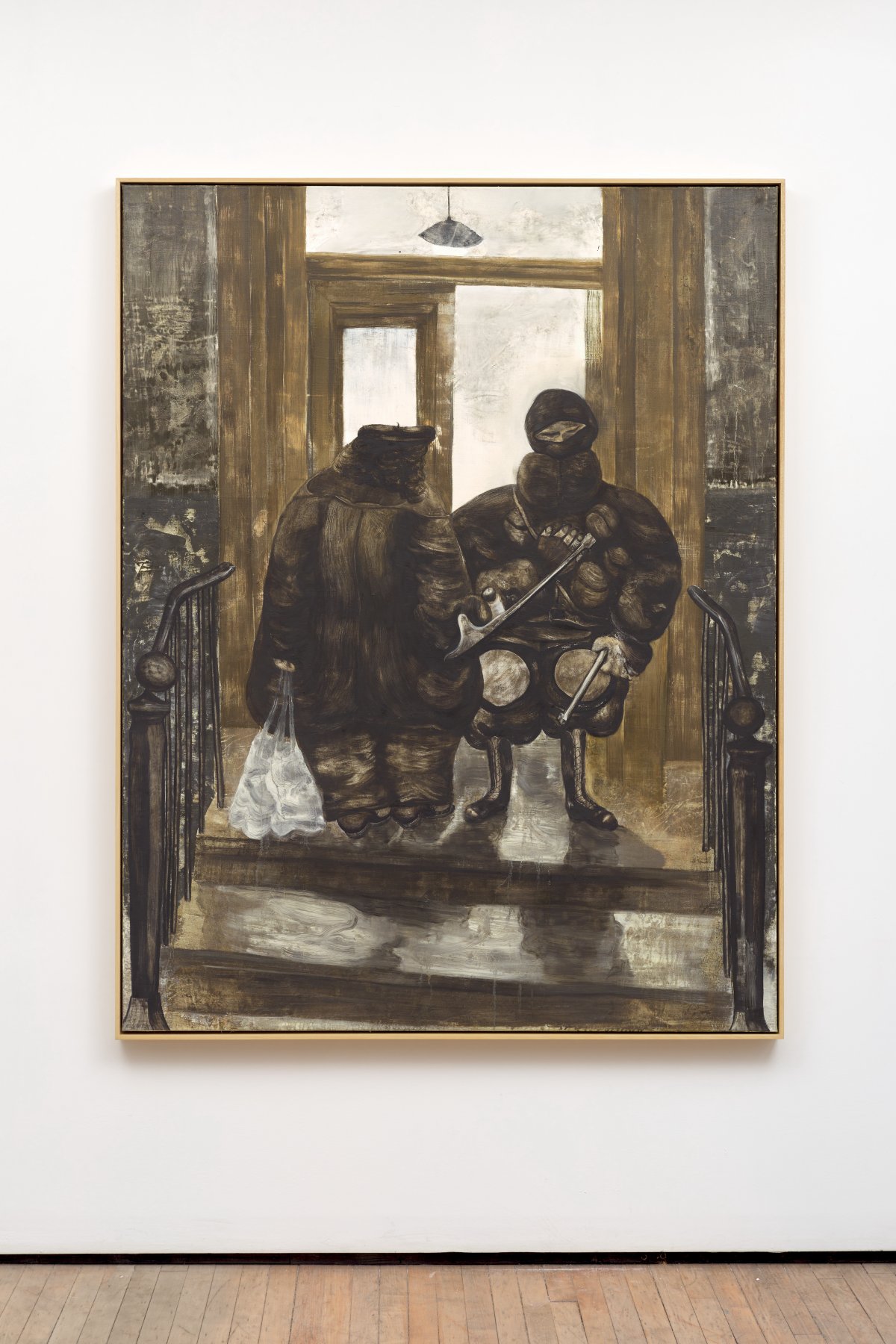 Matthias Franz
Tinman and the Oracle, 2022 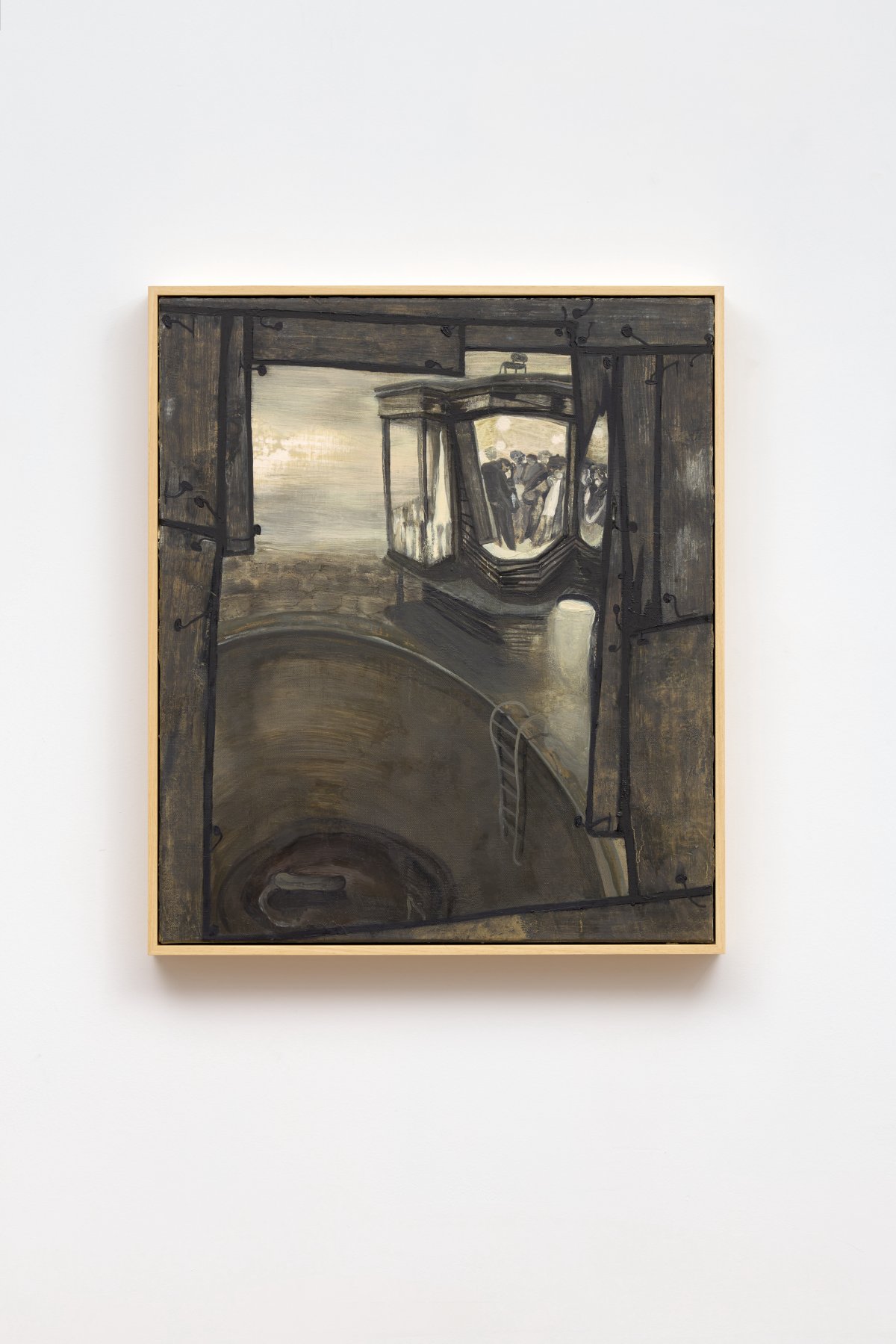 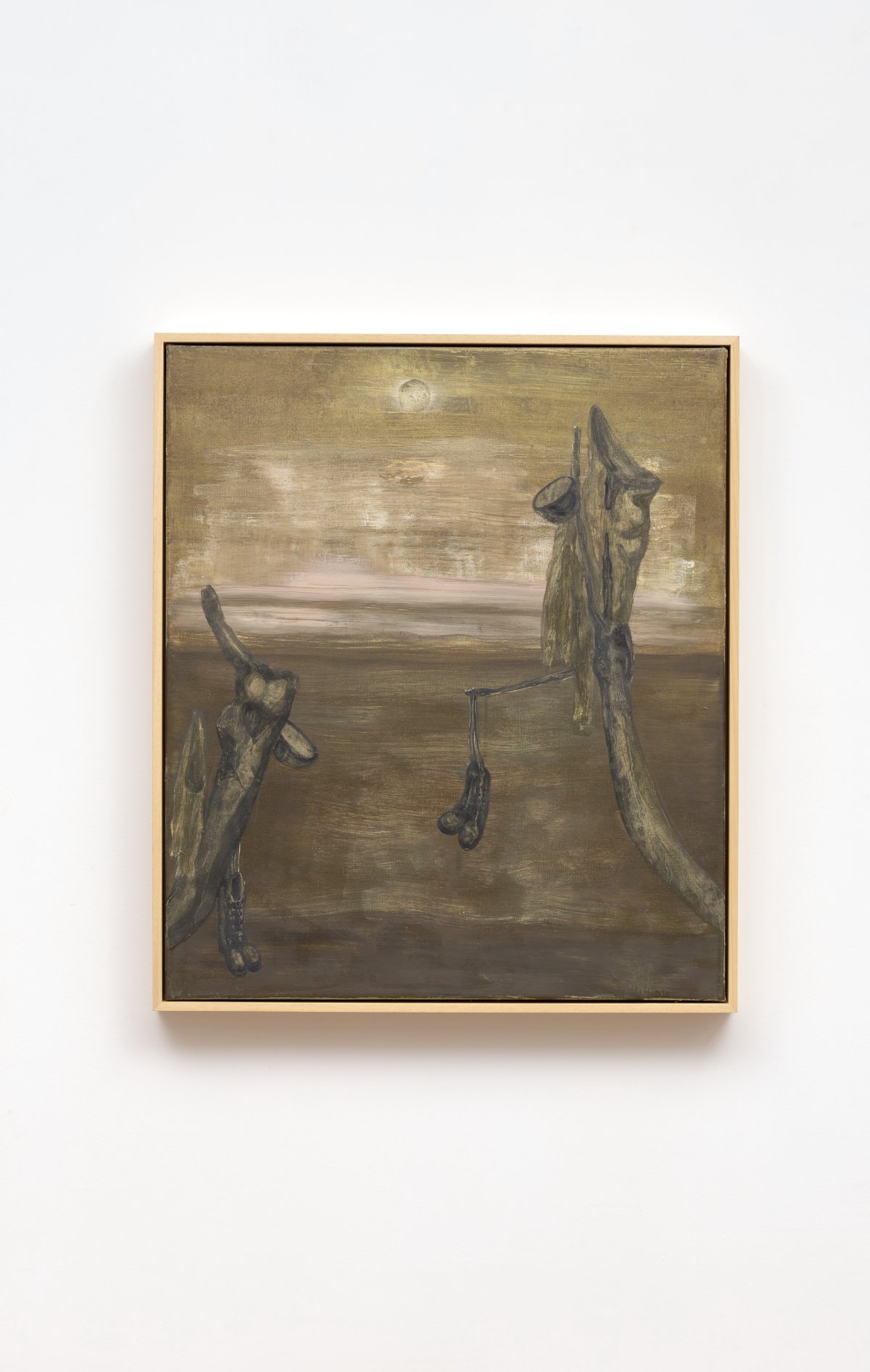 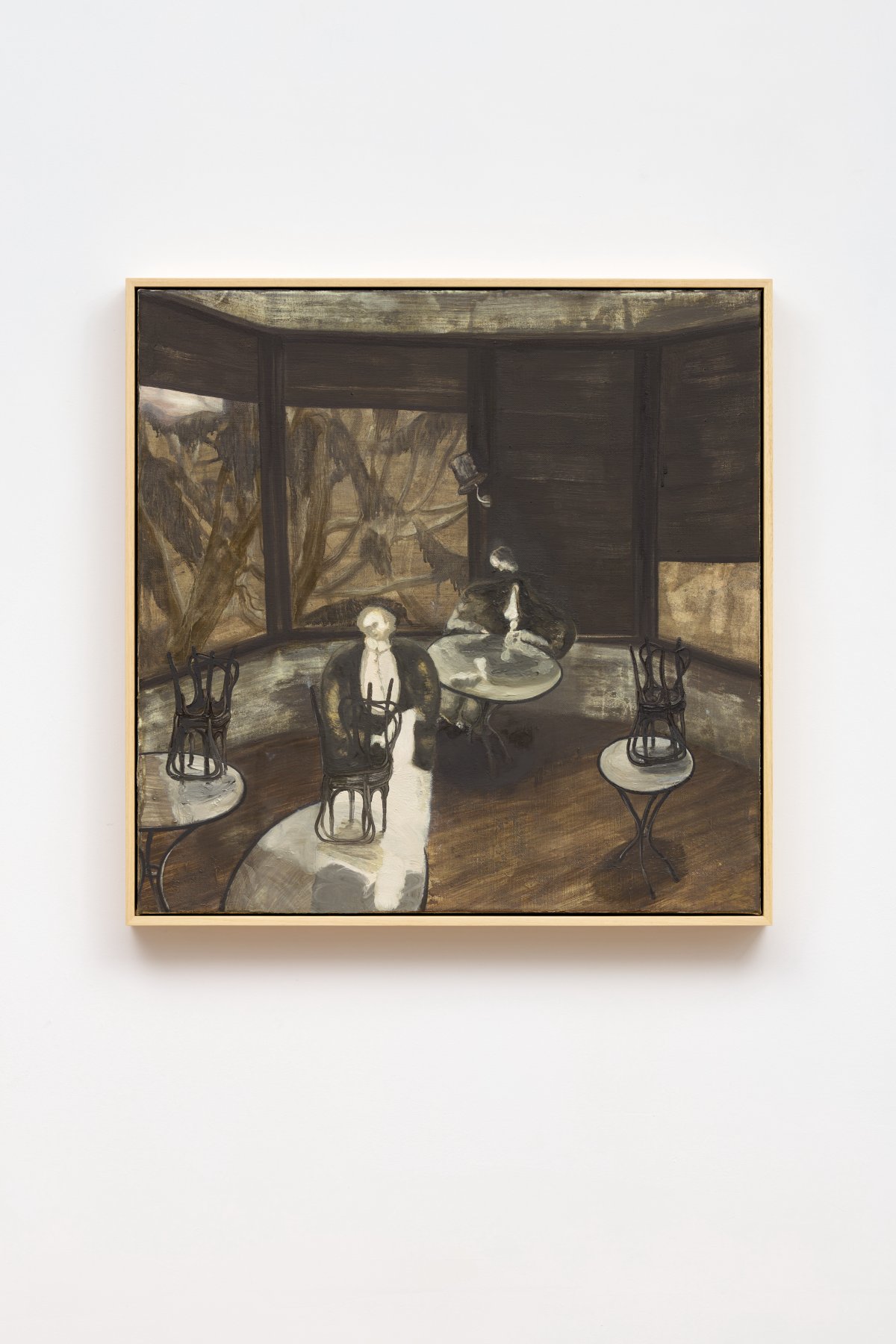 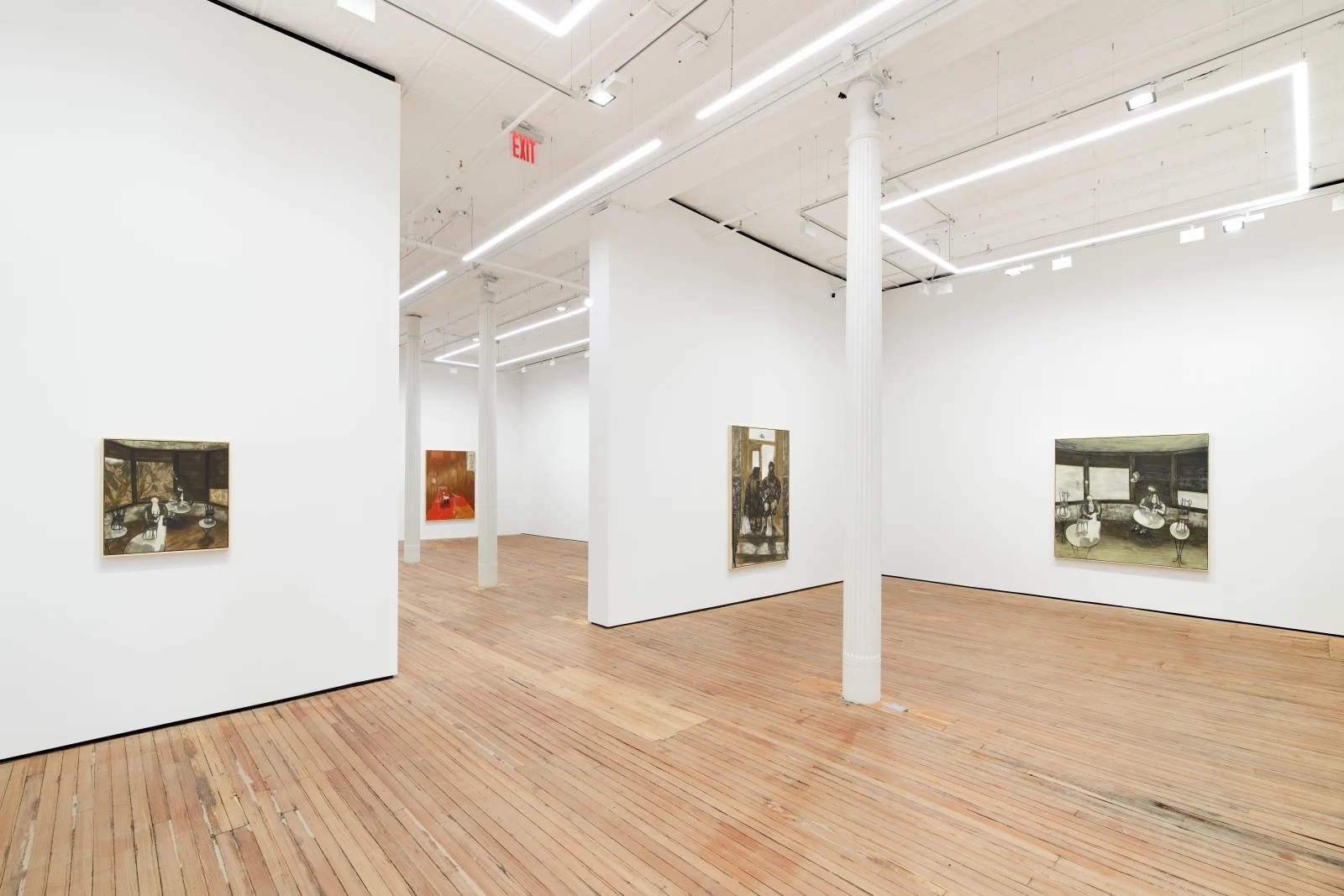 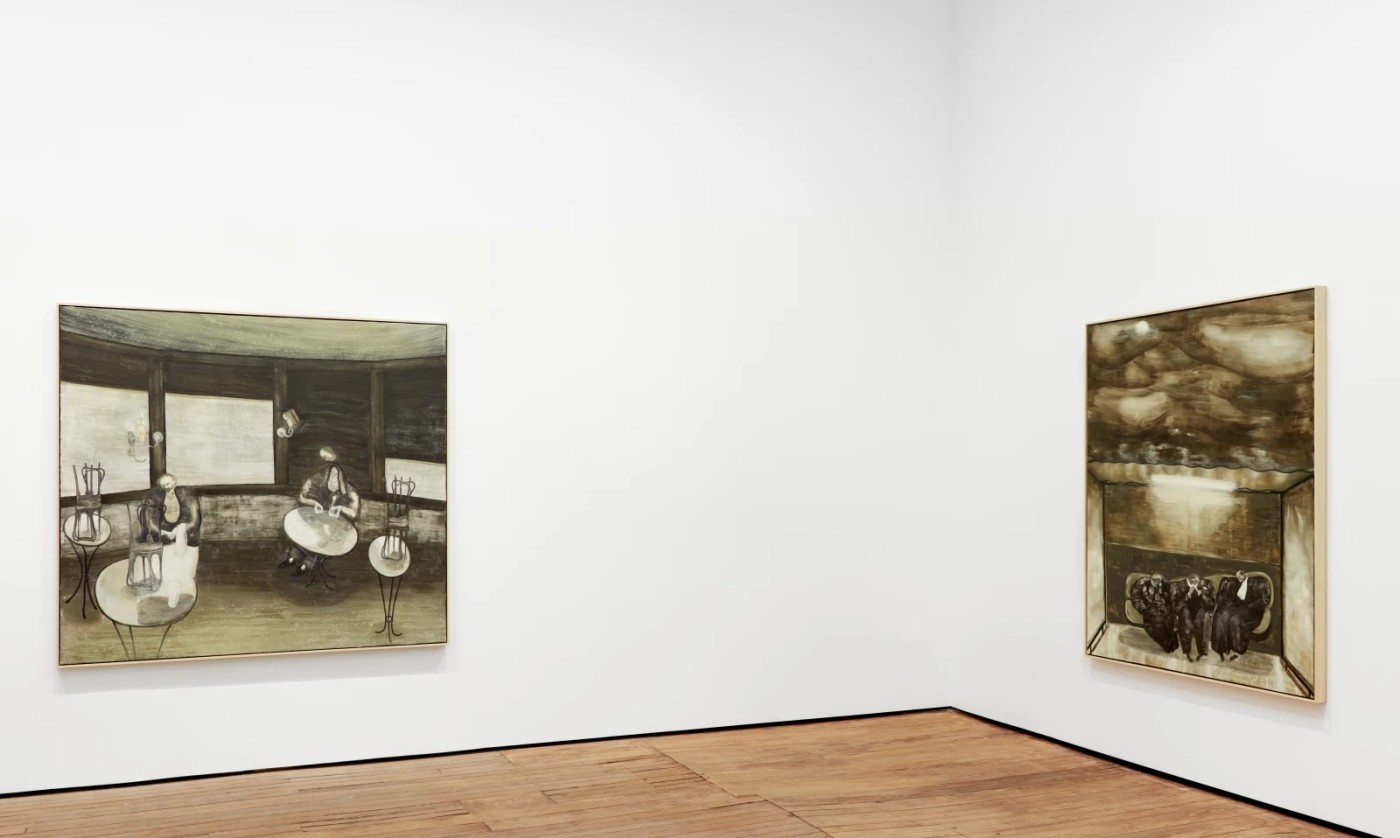 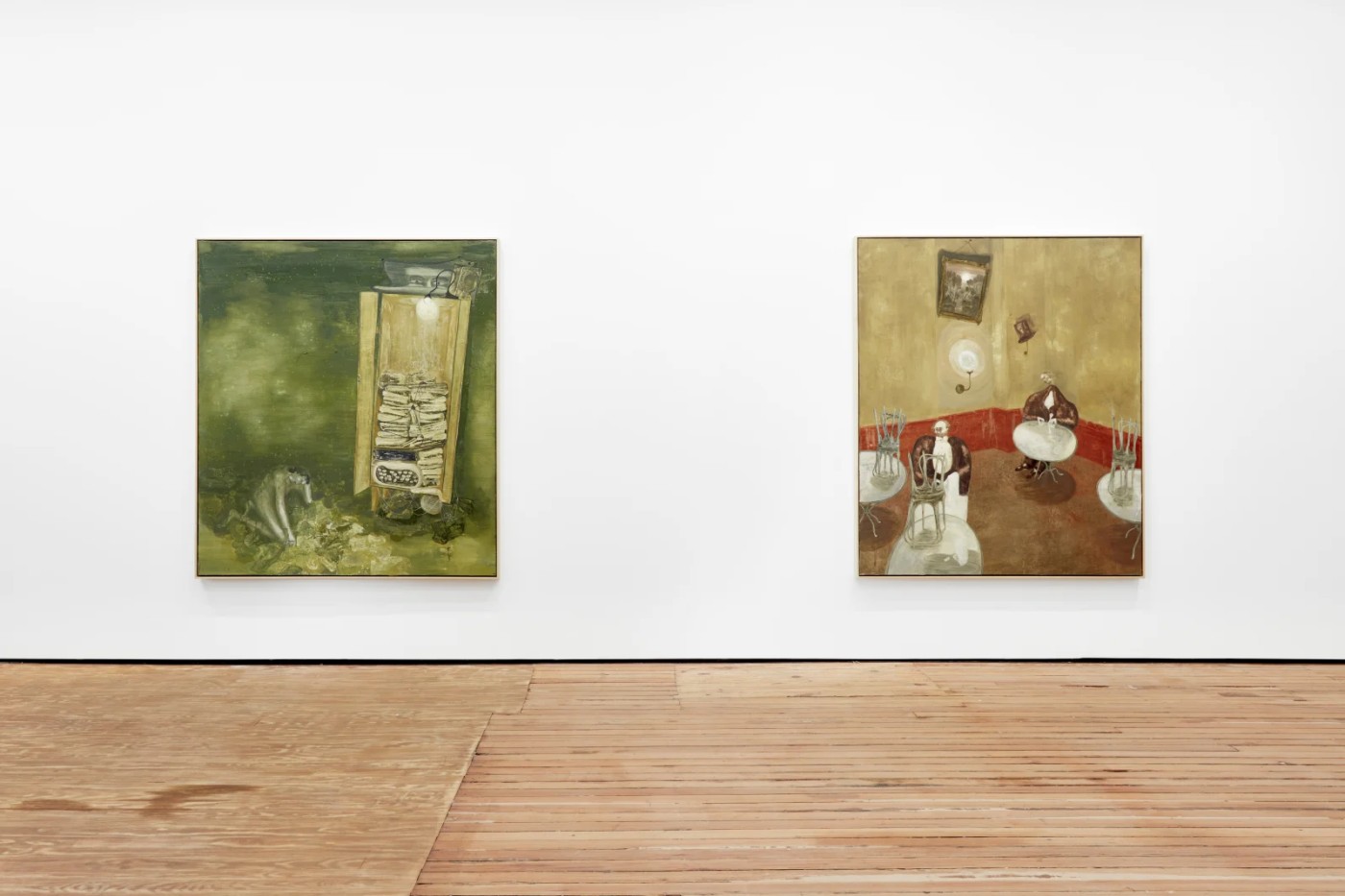 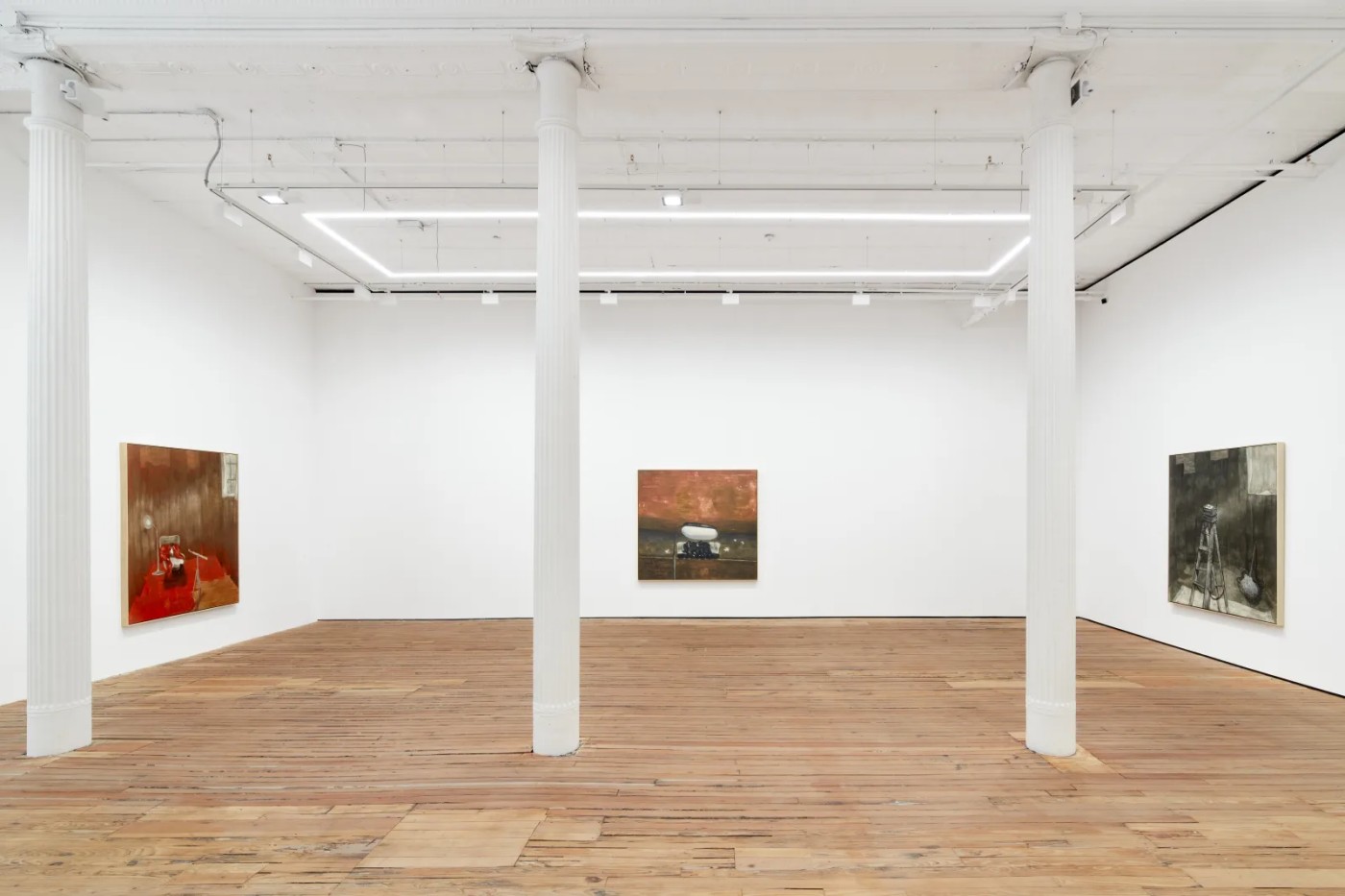 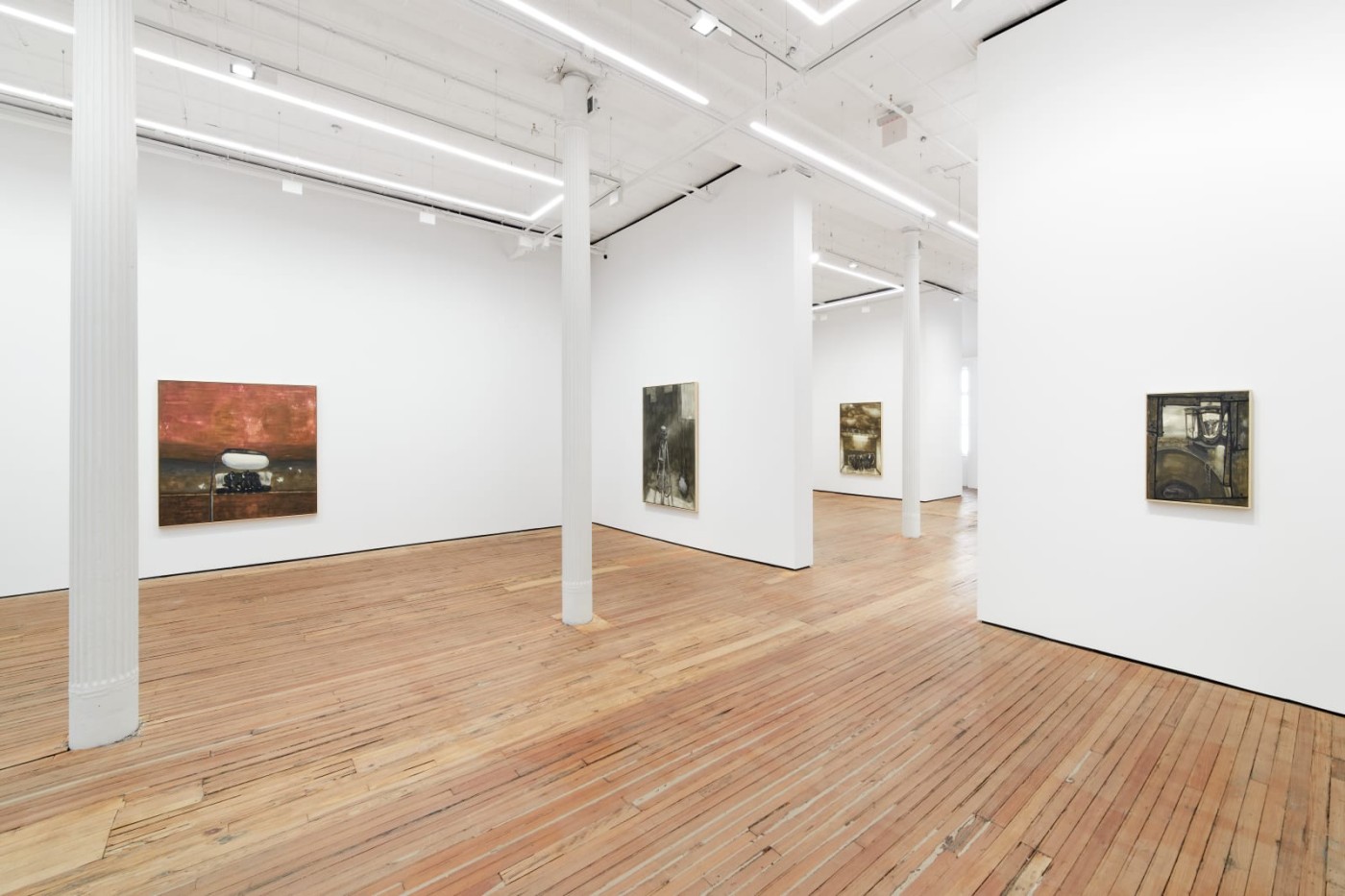 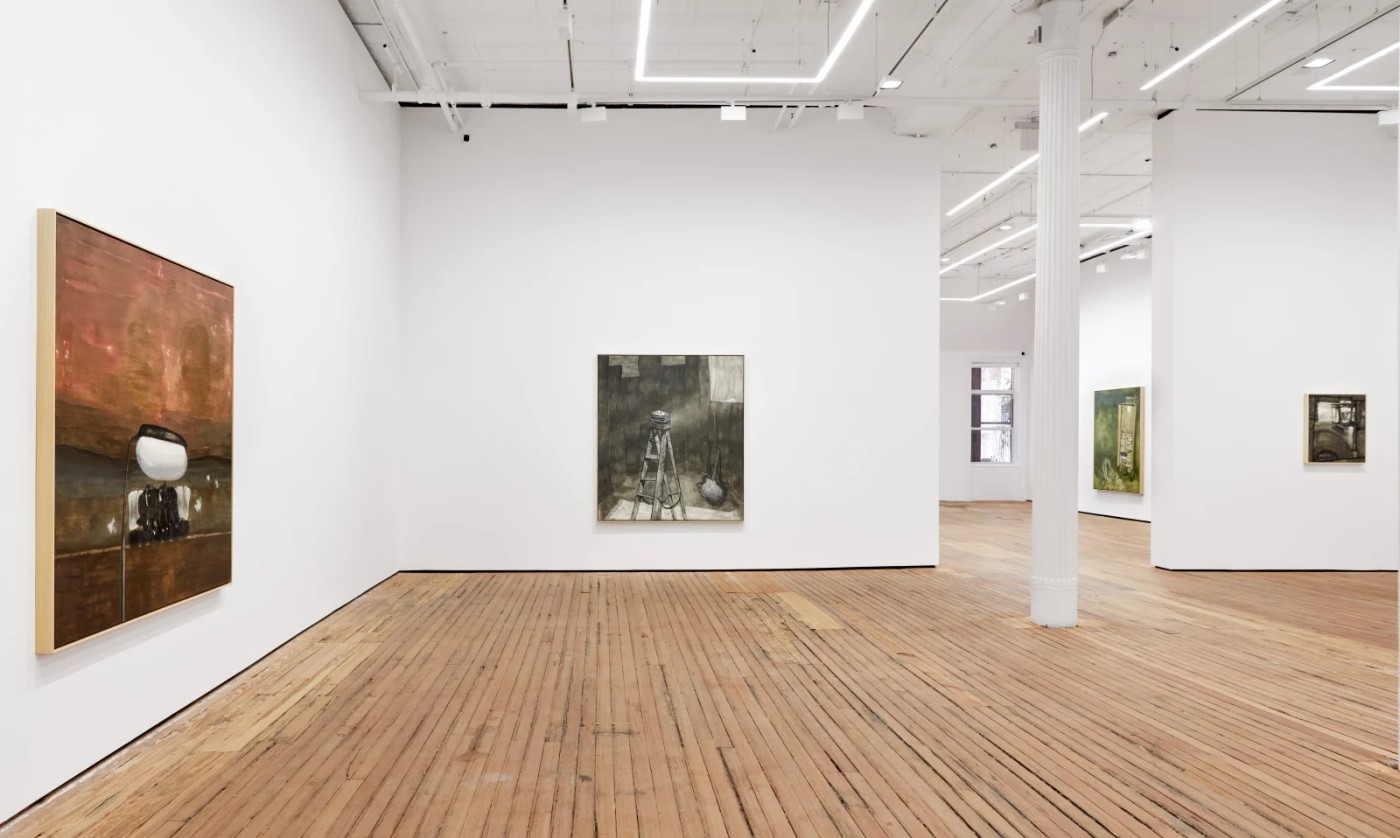 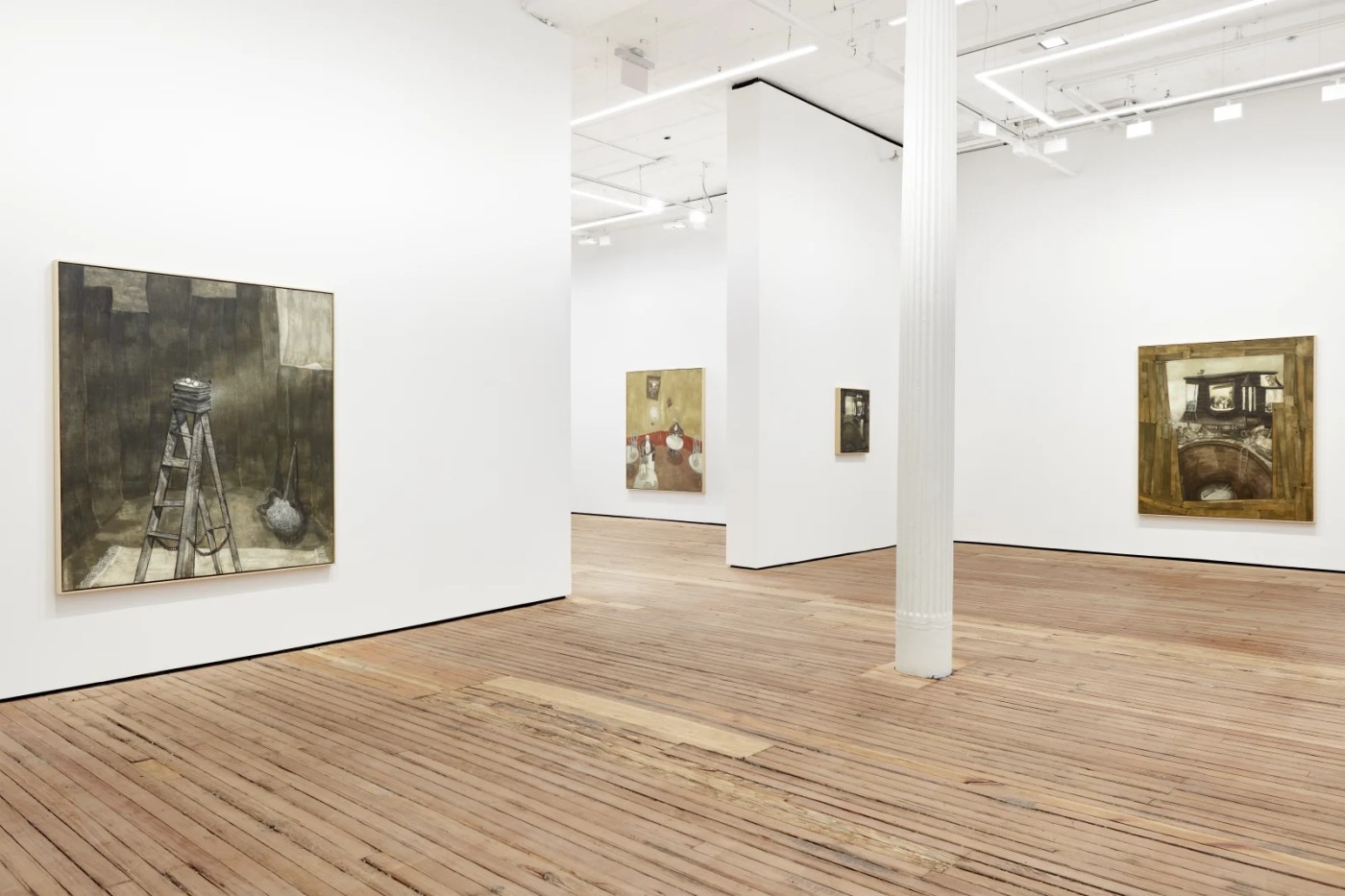 The exhibition’s title is drawn from a recent painting titled Salon des Nutzlosen, which translates approximately to ‘Salon of the Useless.’ Throughout the exhibition, Franz’s new body of work depicts spaces and scenarios that collapse dichotomies such as productivity and uselessness, alienation and belonging, and to be awake or dreaming. The artist produces liminal “zones” in which his spectral figures meet, converse, play, sleep or exist in a reality without prescribed narratives. Directly confronting the complexity of contemporary existence, Franz contributes to the medium of painting as a venture in witnessing and recording his time. The paintings at their core are a reflection of the human condition.

Partially informed by the artist’s own upbringing outside of an urban center, in the town of Ilmenau, his canvases explore places that are at once deeply unfamiliar yet recognisable. Rendered in dark, earthen tones, we glimpse in Franz’s paintings semi-abandoned spaces, which despite their surreal appearance, become places of creative possibility and transformation at the periphery of an archetypal small town. For instance, in one new paintings we see a policeman, a businessman, and a lawyer awaiting a train at a station to nowhere. Their mysterious scene is both playful and lonely as the uncanny trio sit on a nondescript platform bench. Lost to the night of a voyage which may never commence, we are left only to imagine what the three may do to pass their time.

In another new painting we peer through two portals: one where broken boards open to a dark and melancholic structure surrounded by debris, and another through a window in this structure, in which a party of musicians reclaim the space with warm and playful light.

Born from the conditions of uselessness as the abandoned facade would suggest, we see a ghostly scene of joy and gaiety. Cafés, concert halls or street corners are emblematic of communal meeting places, landmarks within which one’s identity is formed and performed without calculation or expectation. Spaces in which uselessness can be celebrated. Individuals and groups of figures traverse these backdrops in ambiguous relation to one another, imbuing each scene with a dreamlike quality, heightened by the frequently distorted or unclear use of perspective. On the cusp of logic or a plot, yet staunchly unresolved, they possess the simultaneously threatening and playful qualities of a fairytale.

Matthias Franz graduated from the Academy of Fine Arts Vienna in 2019, where he was a student of Daniel Richter. Franz participated in the group exhibition at GRIMM New York, Condition Humaine in December, 2021 at the gallery’s recently-opened Tribeca space 54 White Street. Inspired by cinematographers like Andrei Tarkovsky and Werner Herzog, Franz’s work navigates the spectral boundaries of perception and reality. Franz’s work can be found in the Rachofsky collection, Dallas, TX (US); De Heus-Zomer Collection, Barneveld (NL); THE EKARD COLLECTION; The Franks-Suss Collection, London (UK); Green Family Art Foundation, Dallas TX (US); Kunstmuseum, The Hague (NL); The Roberts Institute of Art (RIA), London (UK) and numerous private collections.

Courtesy of the artist and GRIMM