“Mercedes Matter: Paintings and Drawings 1966 – 1986” explores a series of 15 canvases and 15 drawings of Matter’s late period that are harvesting all her years of effort. 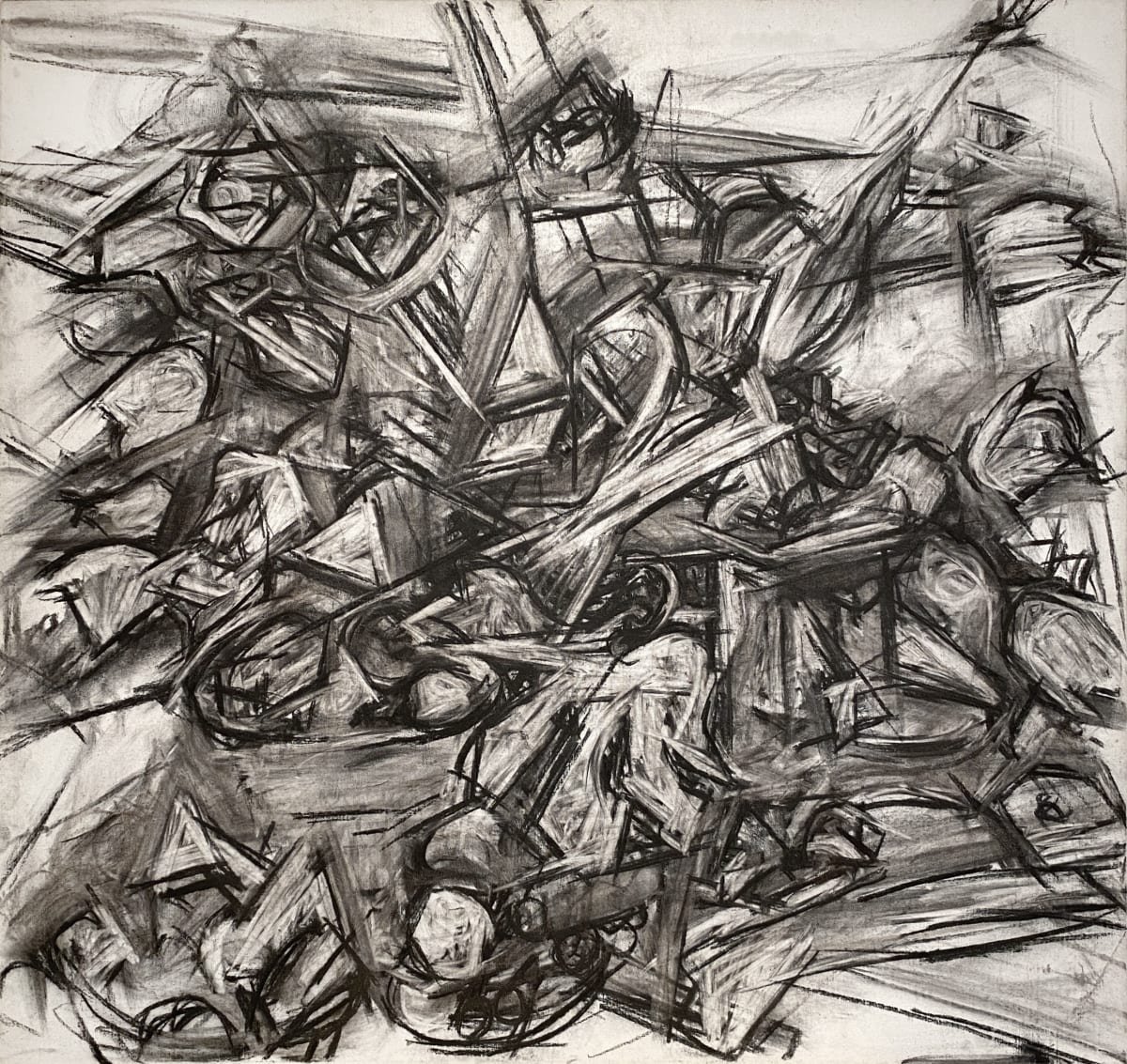 The large observational but abstract animal-skull still life drawings in charcoal on canvas are recognized as her most significant works. The canvases are broken into fragmented areas dependent upon the white of the canvas and moving towards “colorless” painting. They are true expressions of drawing as painting.

Her father, Arthur B. Carles, a pioneering American modernist painter, taught her to paint landscapes in the French countryside when she was 6. As a teenager living in New York, she studied with the influential German expatriate artist Hans Hofmann at the Art Students League. She studied with Hofmann until 1935, before signing on with the Works Progress Administration’s Federal Art Project.

Matter spent the mid-1930s working for the W.P.A., where she met Lee Krasner (whom she was later arrested with for protesting W.P.A. layoffs and spent a night together in jail) along with the French artist Fernand Léger, with whom Mrs. Matter collaborated on W.P.A. murals. Léger also introduced her to Herbert Matter. They married in 1941 and shared a house and studio with Léger. Later in the 1950’s the Matters’ moved to Newtown Lane in East Hampton where they spent time with close friends like Jackson Pollock, Lee Krasner, Franz Kline, Philip Guston, Alexander Calder, and Willem de Kooning.

In the second half of her career, Matter also emerged as an outspoken critic of dogmatic arts education and became a national torchbearer for studio-led learning as the founder of the influential New York Studio School of Drawing, Painting, and Sculpture. The school was dedicated to the principle that an art student’s education should mirror the life of an actual artist. Its program called for long uninterrupted periods in the studio, plus critiques from artists and mentors farther along in their professional careers. The founding manifesto was signed by de Kooning, Alexander Calder, Adolph Gottlieb, Barnett Newman, Isamu Noguchi, Mark Rothko, and others [while] early faculty included Philip Guston, Alex Katz, Milton Resnick, and Meyer Schapiro.

Matter’s life’s work serves as an incredible gesture to the modern art of her time., Hofmann’s principles of spatial composition with pure color, automatist compositions of the early New York School, and the innovations of her Abstract Expressionist peers.

Matter continued to teach and make art right up until her death, aged 87, in 2001.